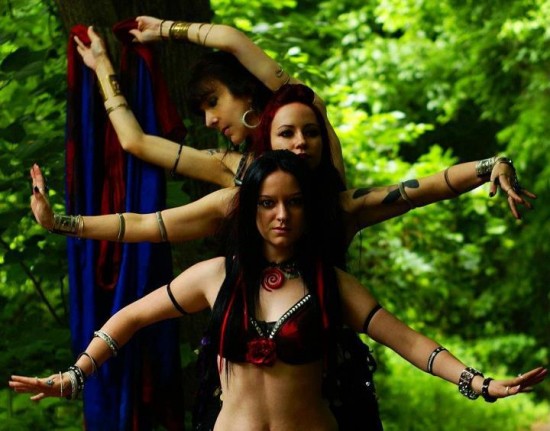 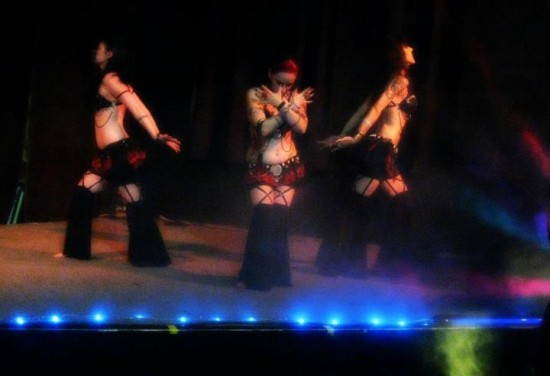 The dancer was personable. I feel she could have focued more on the person the party was given for. Tia was an excellent dancer. And feel she did a good job.

Thank you to Jessy for doing such a wonderful job. She was very entertaining and very professional. The crowd was very impressed and excited with the entertainment. Thank you once again for making my daughters Sweet 16 a success.

You are very welcome. We are pleased that your party was a success and we'd be happy to do it again.

Unique entertainment with flair at an affordable rate. Nava Sanctum performs with elaborate costumes and various dance props including fire belts, palm torches, veils, fan veils and glow staff. This troupe delivers a great show and unforgettable experience. From traditional belly dance to modernized dance, this troupe caters to the needs of their clients, events and venues. In addition to performances, Nava Sanctum instructors can be booked to teach workshops and private lessons.
Performance/Workshop Packages are also available for parties and events.

Meet the members of Nava Sanctum!

Su Aine is the founding member and director of Nava Sanctum Bellydance. She is a new wave Tribal Fusion Belly Dancer from Memphis, Tn. With a spin to tribal style belly dance, Su Aine collaborates a blend of modern, hip-hop and contemporary movements to her dance and is know for her robotic stylization. Musical influences for this performer are largely oriental electronic bands such as Beats Antique, Amon Tobin, and Maduro to name a few.

Su Aine was raised in Memphis, Tn and later moved to Richmond, VA to study Fine Arts at Virginia Commonwealth University. In 2005 she received a Bachelor's Degree in the Communication Arts Program with emphasis in Scientific and Medical Illustration. In addition to belly dancing, she is also a creative visual artists, jewlery maker, costume designer and tattoo artist. When she is not belly dancing she can be found tattooing at local Memphis shop, Inked Tattoos.

As a child, Su Aine would "dance away her boredom by creating dances and gymnastics routines". As a teenager, Su Aine was drawn to the middle eastern culture after seeing her first belly dancer at age 15 and was impressed ever since. Upon moving back to Memphis, she began studying Tribal Fusion Belly Dance in 2006 from Memphis Tribal and Memphis Raqs Bellydance under teachers Juli Downum and Liz London. Su Aine has also taken workshops led by Zoe Jakes, Ariellah Aflalo, Tamalyn Dallal, Ziah Ali, Bodhicitta Bellydance and Faisal Zedan.

In 2009, Su Aine joined Amber Lea in the co-creation of Golconda Dance Productions and later went on to form her own troupe Nava Sanctum Bellydance in June of 2011. In addition to directing her troupe, Su Aine also teaches private lessons, classes and workshops in tribal fusion belly dance.

Su Aine looks forward to engaging her audience and expanding her bellydancing carreer both nationally and internationally.

Cymbeline Rois, or Cym as she is called by those who know her, is a Dark Tribal Fusion belly dancer from Memphis, Tennessee. Cymbeline blends ballet, hip-hop, and modern dance movements with her dark fusion bellydancing style. Musical influences for Cym are elemental and electronic blends and include Oriental, industrial, tribal, and electronic music from artists such as Pentaphobe, Solace, Knossos, Amon Tobin, Khepri, and Maduro, with a large dose of the darker side of rock, including A Perfect Circle, Gary Numan, and Evanescence.

Cymbeline first began dancing as a child, taking ballet and tap. It was then that Cym discovered a love for dance that would continue to grow into her adulthood. Bellydancing became a dance genre that she had long wished to explore. However, with a growing family, this curiosity was put on hold until 2007 when she began exploring bellydance in the confines of her living room with two DVDs. Finding bellydance to be one of the most challenging and exciting adventures that she had encountered, in 2008, she began taking Egyptian bellydance classes with Sadiia Lamm of Pyramid Dance Company. In 2009, Cym began tribal fusion bellydance classes with Liz London of Memphis Raqs. Eventually finding her niche in Dark Fusion with the discovery of the stylings of Ariellah and Asharah, Cym branched out on her own, creating Dark Delices Bellydance where she taught group and private classes, and workshops, and performed solo at many local venues and events.

In July, 2011, Cymbeline joined Nava Sanctum and has continued her passion for Dark Fusion bellydance with a resurging interest in the more traditional forms of The Dance. Her biggest influences in bellydance have been Ariellah, Asharah, Sera Solstice, Rachel Brice, and Zoe Jakes. In Cymbeline's words, "When I dance or do drills, I am fierce, powerful, and beautiful! I'm a stronger woman physically, mentally, and spiritually...and I love spending time with my bellydance sisters! I have never before really enjoyed spending time with other women, but the sisterhood that exists in bellydance is very strong, very healing, and very empowering. We support one another, encourage, and lift one another up. We are Goddesses!"

Cym was born and raised in Memphis, Tennessee. She holds a Bachelor's Degree in Nursing from The University of Tennessee and is the mother of four beautiful children ~ two grown and two still in the nest.

Travel fees may occur for events that are more than 25 miles from Memphis, TN. Nava Sanctum supplies music and dance props. Sound equiptment is brought upon request. Belts and hipscarves are brought for students to wear during workshops and private lesson. For any other questions, please email nava sanctum.