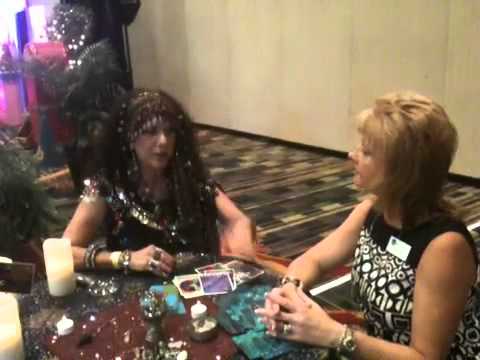 Natasha the Psychic Lady reading at a trade show 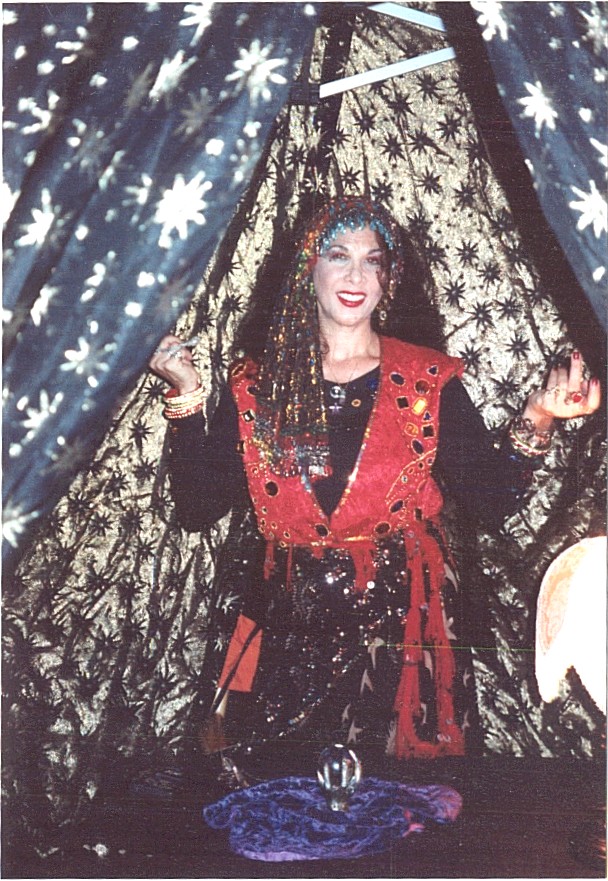 Working in a tent for a corporate event 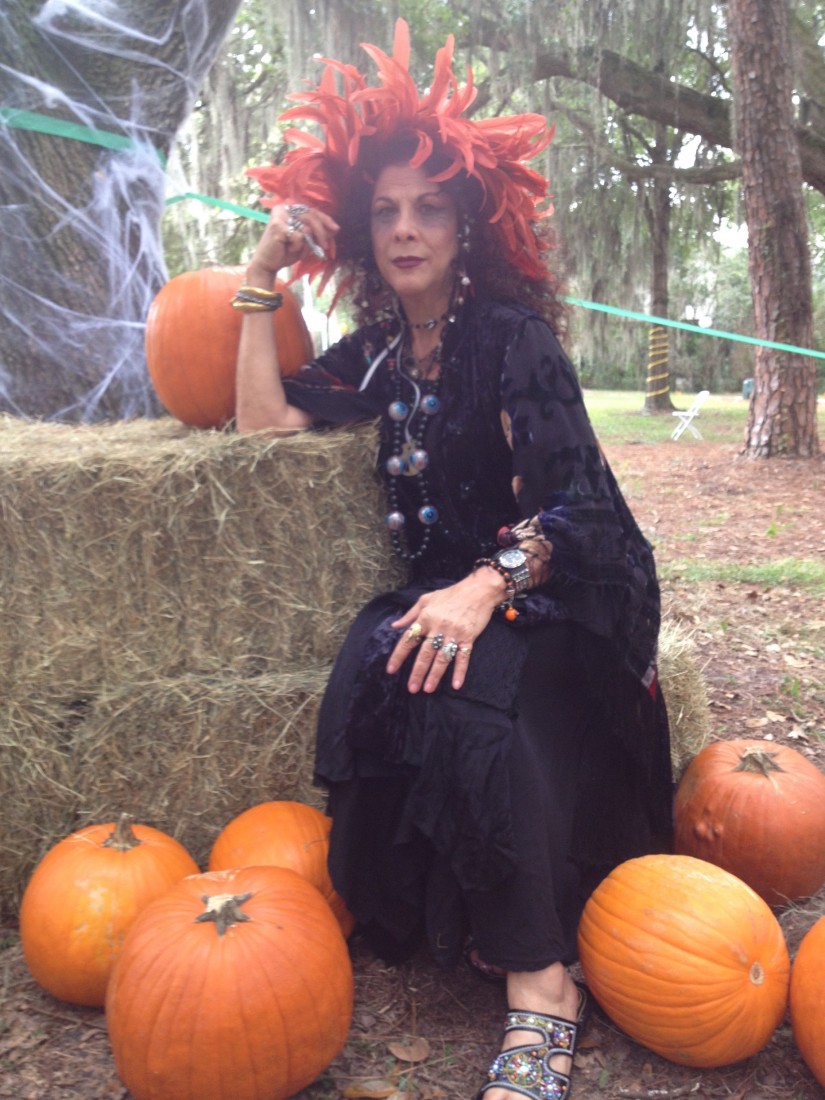 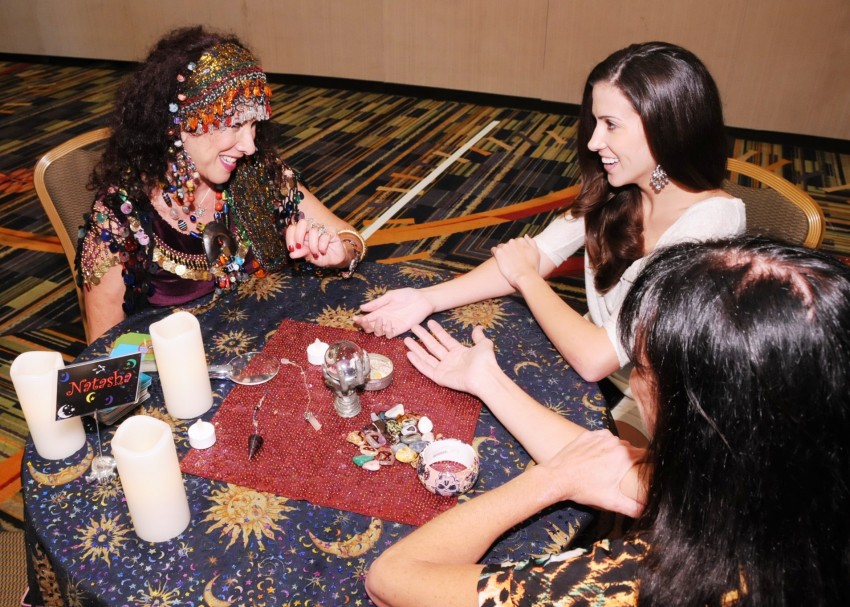 reading more than 1 for a trade show 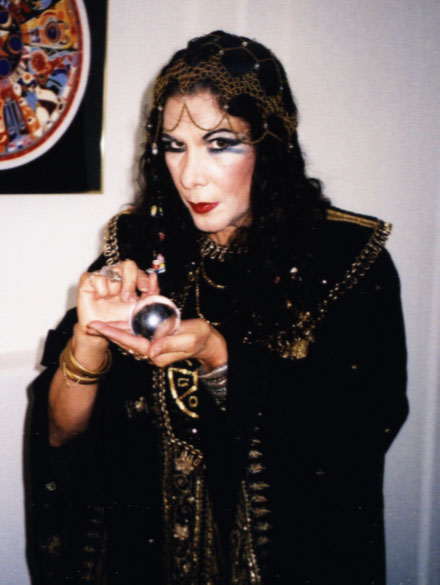 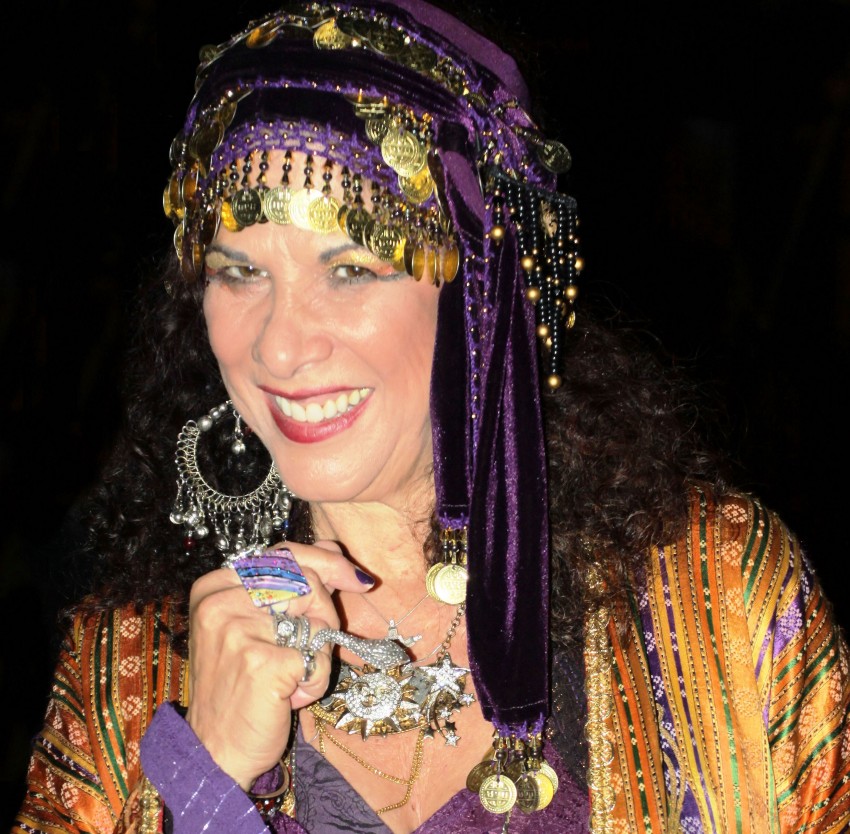 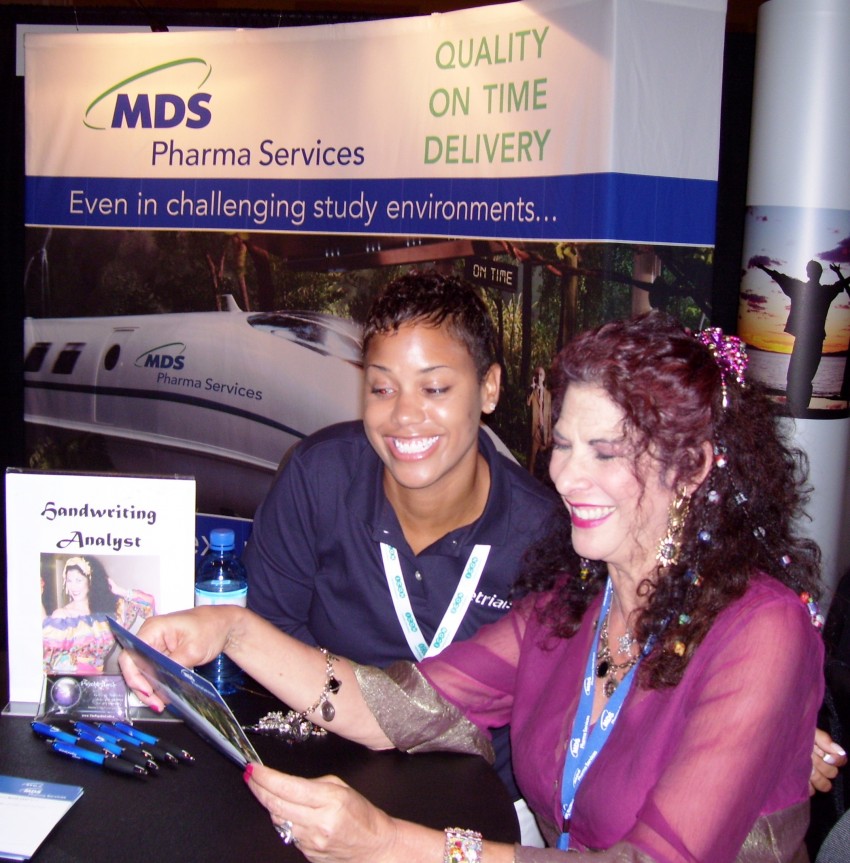 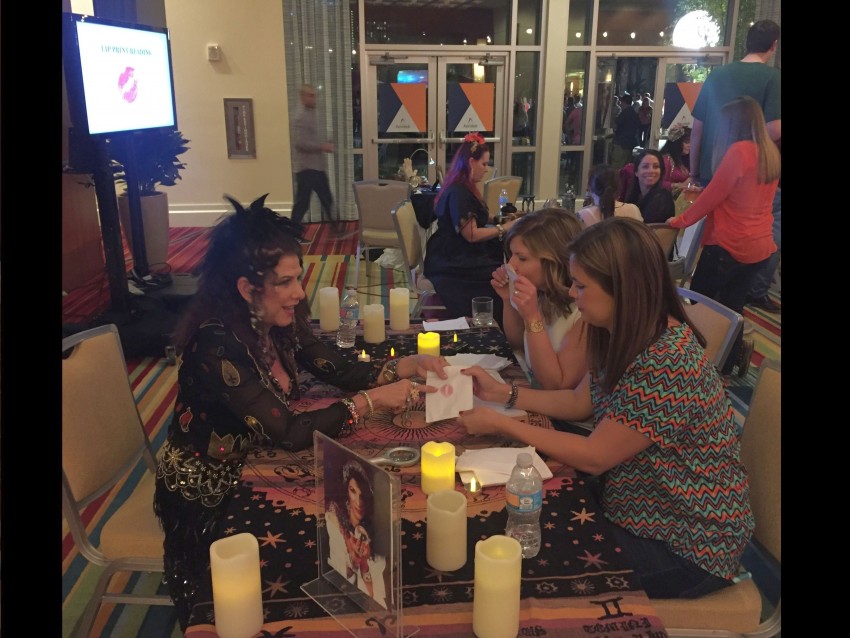 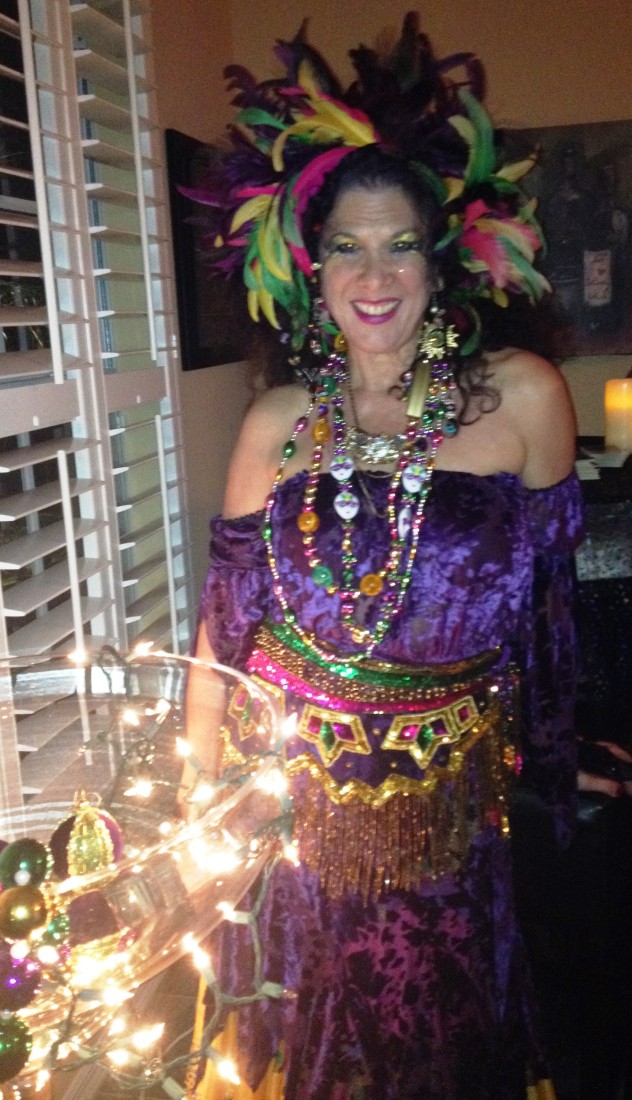 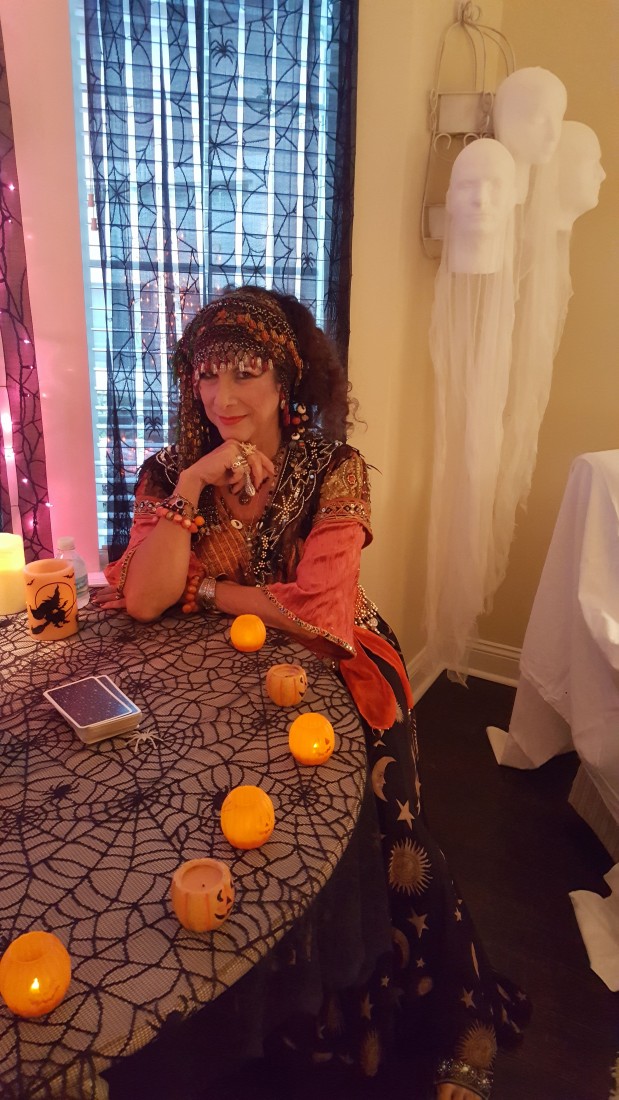 I enlisted Natasha’s service for my daughter’s Bridal Shower on January 20, 2019. She came dressed for the event “tea hat included”, and took time to explain how the readings would be performed. The 20 ladies in attendance, of all ages, were very excited to have their leaves read. Natasha was gracious with her time and kind with her visions. I would Strongly Recommend Her for any event.

Response from Natasha, The Psychic Lady:

This was such a lovely event. Women dressed elegantly. The bride to be obviously well loved. Guests were eager, polite and attentive. Wish all events could have such a nice group of guests.

Natasha was great at our College's Mardi Gras event. The students loved her performance! She was able to do group readings for the students and every time I looked the chairs at her table were full. She was an absolute hit!

Response from Natasha, The Psychic Lady:

Thank you so much for the great review. You all put on a super party for your students and I was proud to be included.
Peace,
Natasha

She was very fun, outgoing. Loved having her at our corporate event. Highly recommend her.

What do you get when you mix a woman of Polish, Romanian, Hungarian and Austrian heritage (whose numerous relatives who routinely read tea leaves, tarot cards and were telepathic) with a gypsy-styled dancer and who also has a solid background as an entertainment Writer-Editor-and Publisher? You get Natasha, the Psychic Lady, whose own modalities of “tuning in” include energy, psychometry, palmistry, handwriting analysis, tarot cards, lip reading, runes, tea leaves, coffee grounds, and crystal ball.

Known internationally for her saucy wit, spicy humor and amazingly accurate readings, Natasha has been a featured performer for Walt Disney World theme parks, hotels and special events for more than 25 years. She’s captivated audiences for Universal Studios’ first “Fright Nights” Halloween Celebration, and since then has been featured at many other theme park special events such at Universal‘s Islands of Adventure, Sea World, and Wet n‘ Wild. Attired to enhance any event’s theme, Natasha been the Psychic of choice for corporate and private party clients for their conventions, trade shows, and product launches since the late 1980’s. Some of her clients include Price Waterhouse, HBO, Sony, IBM, Chrysler, Metropolitan Life, Deloitte Touche, Herbal Life, Johnson & Johnson, Citgo, and the film and television divisions of Lake Buena Vista Productions.

Describing herself as “the plastic surgeon of the Psychic set” because she “only wants to deal with the beautiful (of spirit and all things positive), Natasha is a frequent speaker for corporate and organizational meetings. She is the perfect draw at a trade show, and uses her diverse skills to promote her sponsor’s services while capturing and maintaining the attention of their clients via her group palm reading, a method she created and only she performs. She loves teaching others (in schools or at a function) how to draw on their own intuitions or to attract the destiny they desire. Whether attired in elaborate costuming to complement any host’s theme, or dressed more simply to the client’s needs, Natasha, the Psychic Lady, delivers her message of spiritual assurance, insights to personal growth, and laugh-out-loud fun.

Formerly heard regularly on the nationally-broadcast “Not My Mother’s Wedding” radio show, this multi-talented Psychic Entertainer, multi-award winning Dancer, and Motivational Speaker won the Florida Motion Picture & TV Association’s Crystal Reel Award for Best Actress in a Comedic Role (as a Psychic, of course) and was regularly featured on Psychic Thursdays for JAMZ 102-FM radio. Natasha has been featured in Time, Cosmopolitan, Vanity Fair, and Vogue Magazines (as well as books), and was a “cover girl” for The Orlando Sentinel’s Calendar, The Weekly Newspaper and for a PGA brochure. She‘s made guest appearances on numerous television shows, such as Bill Cosby’s TV show “You Bet Your Life”, “The Singles Game”, and “More Music” (Canada’s MTV).

This energetic and charismatic performer has been a spokesperson for several television promotional campaigns (including Ripley‘s Believe It Or not!), and appeared in two movies in roles written specifically for her. Her Psychic performance, coupled with her outstanding Middle Eastern-influenced gypsy style of dancing, launched a perfume campaign for Elizabeth Arden’s Nuites Indiennes, as well as for another fragrance, Kashmir.

Natasha is the master of the extremely rare combination of Psychic abilities, comedy, and interactive entertainment. Her versatility and amazingly accurate readings are truly remarkable.

Jenni S. said “Last night we had a group of about 30 Dentists together for a Mastermind Event and hired Laurence for the evening Gala portion of our meeting. He was…” 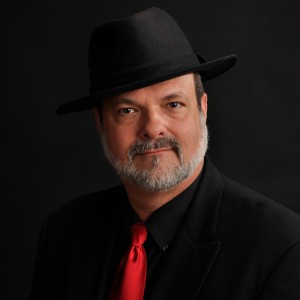 Dee said “Kids loved Santa. He was great with the kids. Would definitely hire him again” 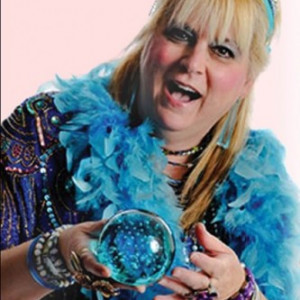 Arvinette B. said “Pyshic Solutions came through and was a crowd pleaser to everyone at the gender reveal. The belly dance/ fire dancer was alluring. The stiltwalker/juggler…” 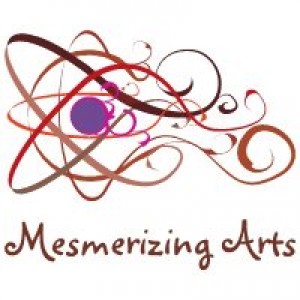