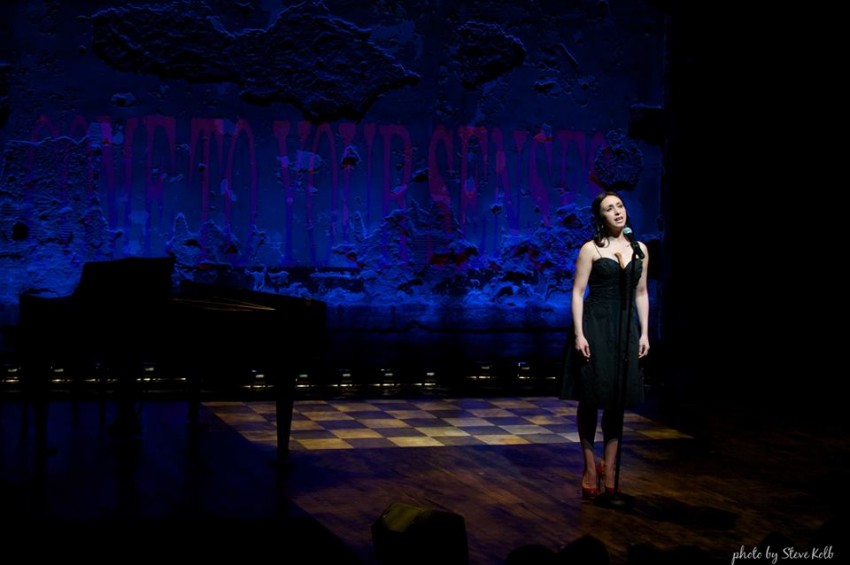 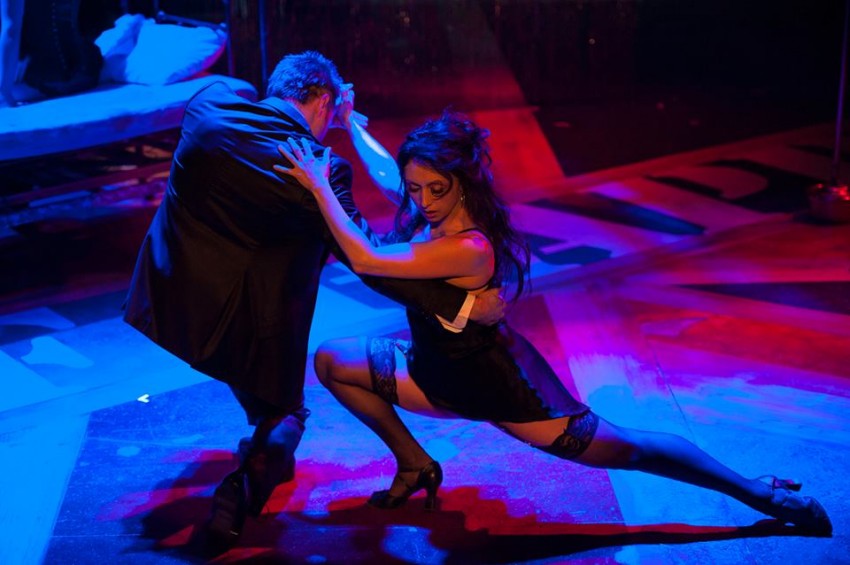 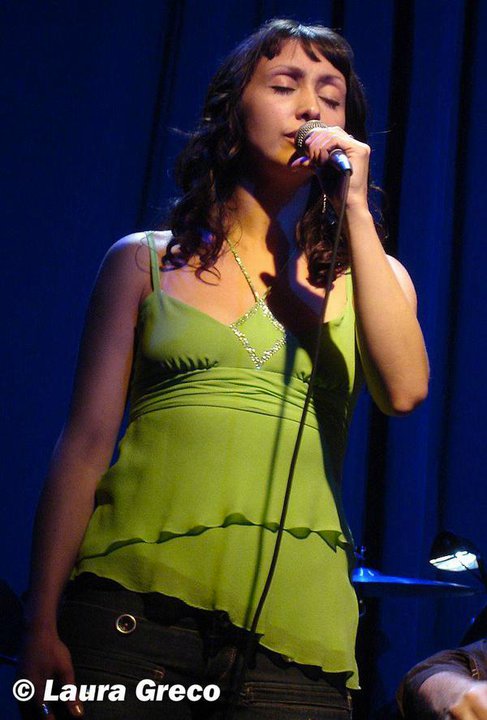 I am a two-time Helen Hayes Award winning triple threat actress/singer/dancer for my performances in musicals here in DC. I have been in Broadway shows, playing the lead in Paul Simon's musical, THE CAPEMAN among many others. I have a really wide range stylistically, so I can sing anything from pop to folk to classical. I am also a quick study and memorizer, and so can be counted on to come through with a tight set and a powerful performance, with energy and performing chops that a lot of plain "singers' don't have. Reviews of my performances and link to my youtube page of concert footage is available on my website on the MEDIA page here at.

Be the first to review Natascia Diaz

Born in Lugano, Switzerland to the theater couple of world renown opera singer, Puerto Rican bass Justino Diaz and Italian prima ballerina Anna Aragno, Natascia has performed professionally since the age of nine. Growing up in New York City, she began her training at The School Of American Ballet, going on to receive a BFA with Honors from Carnegie Mellon University. She got both her first Off-Broadway and Broadway credits, starring opposite the youngest Tony recipient Daisy Eagan in THE LITTLE PRINCE, at the Houseman Theatre, and in Lincoln Center’s Tony Award winning revival of CAROUSEL.

After dancing the role of Anita with the New York City Ballet for their ‘West Side Story Suites’ helmed by Jerome Robbins, she was hand picked by both Mr. Robbins and librettist Aurthur Laurents to perform the role in the subsequent National and International touring production of WEST SIDE STORY. Her breakout performance as Anita has garnered two Best Actress in A Musical Awards; Chicago’s Joseph Jefferson Award and St. Louis's Kevin Klein Award, and critical acclaim across the country and internationally with headline reviews; "Diaz Shines In Soaring 'Story'" (Denver Post), "Show-Stealer Keeps Things Fresh in old 'Story' (Boston Tab), and ''Anita Makes A Star Out Of Diaz" (Boston Globe). The Los Angeles Times said of her Anita, “you have to watch the electric Diaz, a worthy successor to Chita Rivera, to sense the truly dazzling intensity of what Robbins created in her fiery performance.”

Among her Broadway credits are the original Broadway companies and cast albums of Paul Simon’s The Capeman (Yolanda), and Seussical (Bird Girl), and the 2004 revival of MAN OF LA MANCHA (Antonia), in which she also understudied the role of Aldonza, performing the role opposite musical theatre giant, Brian Stokes Mitchell. Off-Broadway, she played opposite Patrick Wilson in the original production of BRIGHT LIGHTS, BIG CITY (Vicky) directed by Micheal Greif (Next To Normal), in the world premiere of Steven Sondheim’s first musical SATURDAY NIGHT at Second Stage directed by Kathleen Marshall (Anything Goes), in Johnathan Larson’s TICK,TICK...BOOM! (Susan) opposite New Kid On The Block Joey McIntyre, and in the 2006 revival of JACQUES BREL IS ALIVE AND WELL AND LIVING IN PARIS .

In 2008, Ms. Diaz caught the eye of Signature Theatre's Matthew Gardiner in the 2002 Sondheim Celebration at The Kennedy Center as Petra in A LITTLE NIGHT MUSIC, and then as Rosalie in CARNIVAL. Gardiner often quotes his favorite review of Ms. Diaz by Trey Graham of the City Paper; "Natascia Diaz, on the other hand, is the very embodiment of Broadway brass as Rosalie, the magician’s assistant and mistress. She’s the real thing, and when she’s on, the stage comes reliably to life—and one of those times, she’s locked in a box with swords stuck through her, so I’m just sayin'." With Gardiner's advice, Eric Schaeffer cast her, without an audition, in the lead role of Aurora/Spiderwoman opposite SMASH star Will Chase and Broadway's Hunter Foster in his production of KISS OF THE SPIDERWOMAN. At the 2009 Helen Hayes Awards, for her critically-acclaimed transformation into Scottish punk-rocker Monica P. Miller in the two-hander musical Rooms at Metro Stage, she firmly established her presence in the D.C. theater community by winning her first Helen Hayes Award for Best Actress in A Musical in a tie with theatre legend, Chita
Rivera.

Later that year, she was introduced to an even larger audience through her impactful presence in the Broadway documentary film, Every Little Step.

She found herself called back to New York in August 2010, when Paul Simon and Tony Award winning director Diane Paulus chose her for the central role of Esmeralda Agron in the New York Public Theatre’s concert production of THE CAPEMAN at the Delacorte Theater in Central park. She captured the attention of The New York Times giving a performance that was, “heartbreaking…one of the most magnetic musical theatre performances of the year”, in addition to receiving an uncharacteristic rave from Michael Riedel of the NY POST; "The cast was indeed exceptional, the standout being Natascia Diaz as Agron’s long-suffering mother. Diaz is a remarkable performer, as anyone who saw her in the fine documentary “Every Little Step,” about the casting of “A Chorus Line,” can attest. As I was leaving the park, I heard a critic singing her praises, adding: “Why don’t we see more of her?” Hear, hear!"

For 2013's hit production of JACQUES BREL at MetroStage, she took home her second Helen Hayes Award for Lead Actress in a Musical. Doug Rule of MetroWeekly called her, "one of DC theatre's greatest performers", while DCTheatre Scene wrote:

"…the uncanny excellence of Natascia Diaz…Her head is so deeply into the Brel experience that even in English translation, she expresses the very essence of Jacques Brel’s Paris in mood, delivery, attitude, morality, and emotion. Brel’s tunes and lyrics can be playful. But more often they’re loaded with sorrow, poignancy, bitterness, and regret. Diaz deeply understands it all from simple joy to overwhelming misery. While she’s adapt at expressing any mood or nuance, her interpretative skills are at their most powerful, perhaps, in a song like “Ne me quitte pas” (“Don’t leave me”), a tragic ballad inspired by a romantic break-up. Sung in French, her heartbreaking performance really needs no translation…Diaz returns to sing “Old Folks” in English, in exquisite, almost minute detail…Only a cold heart, indeed, could fail to shed a few tears at the conclusion of Diaz’ wrenching yet understated interpretation."

Depending on the size of the space, I can sing without a mike as in a living room, but usually like a small sound system with mike and amp.

I have AN ENORMOUS range stylistically. I really do. So I can tailor whatever music you know you want to hear at your event and can dialogue with you about ideas. A few artists I enjoy singing personally would be Joni Mitchell, Katy Perry, Adele, Evanessence, Taylor Swift, Carol King, Dave Matthews, Jennifer Lopez, Rhianna, Sia, Lordes, James Taylor, Patti Griffin, The Supremes.