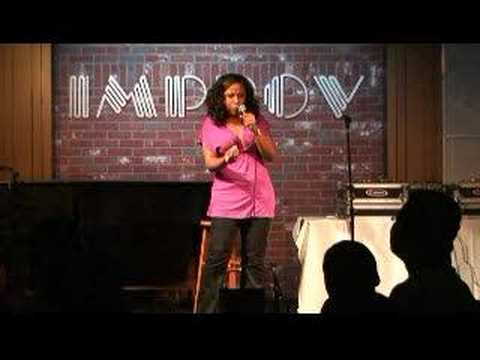 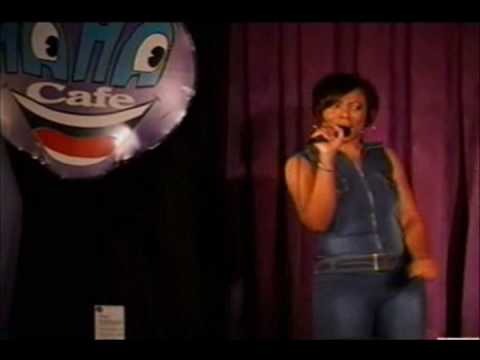 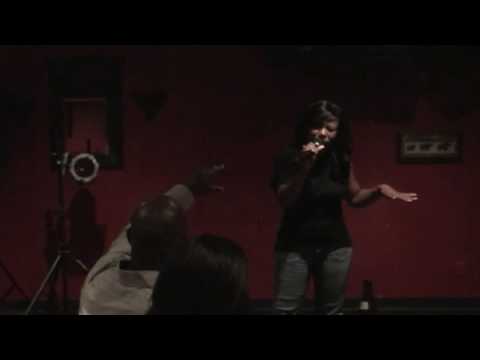 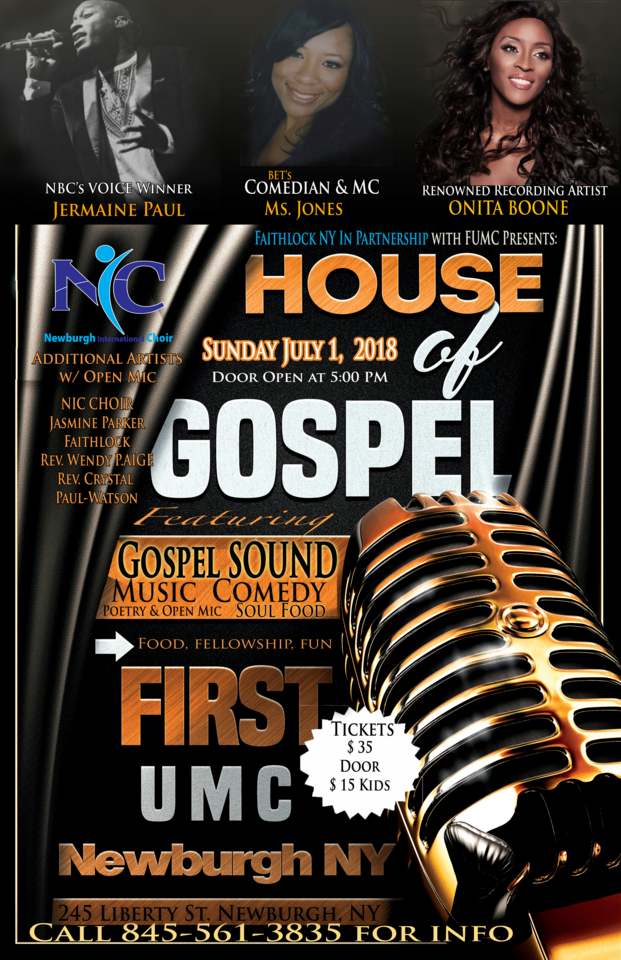 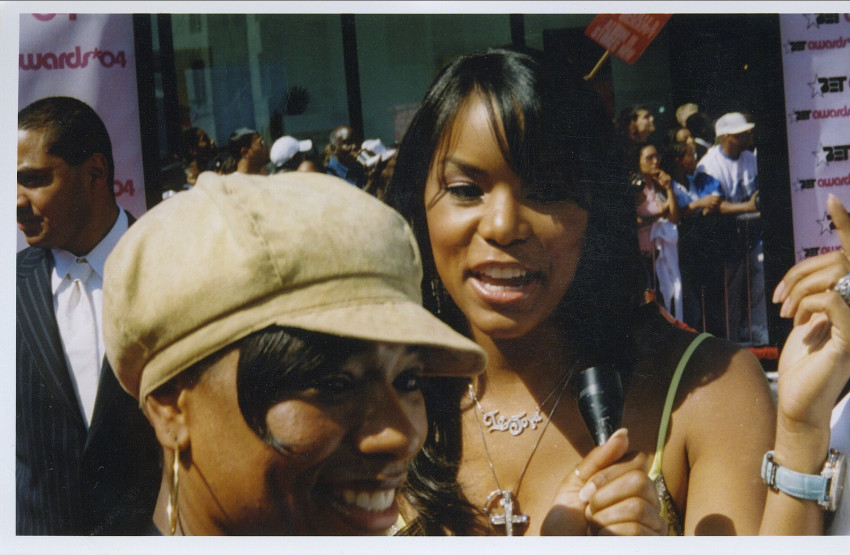 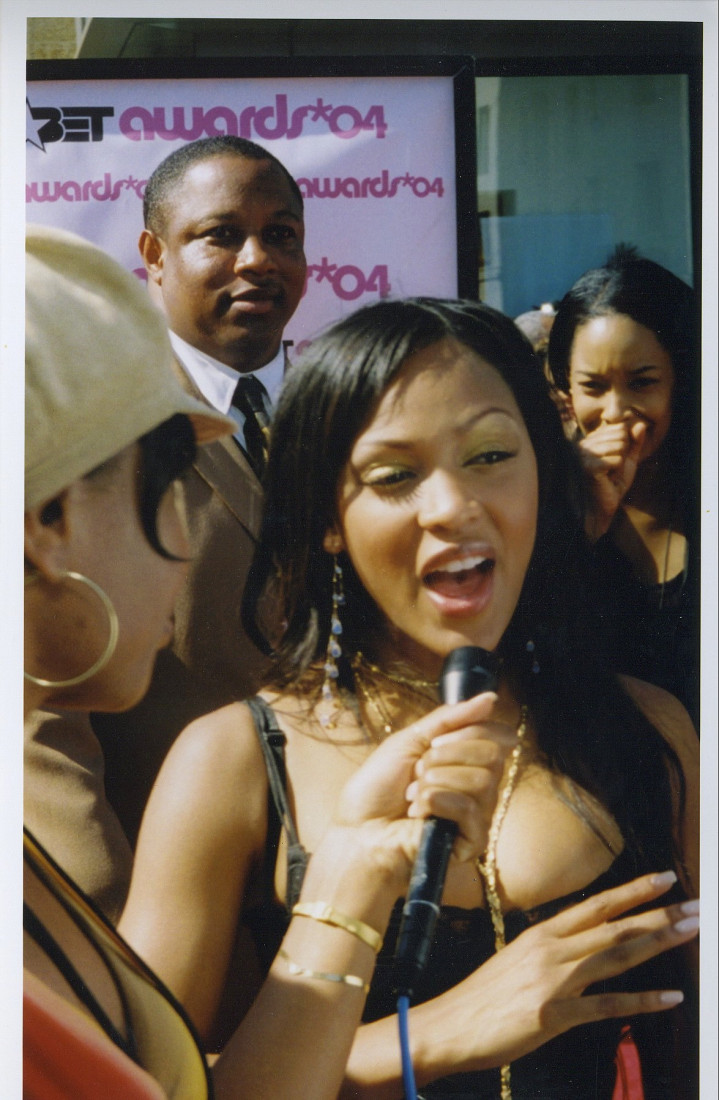 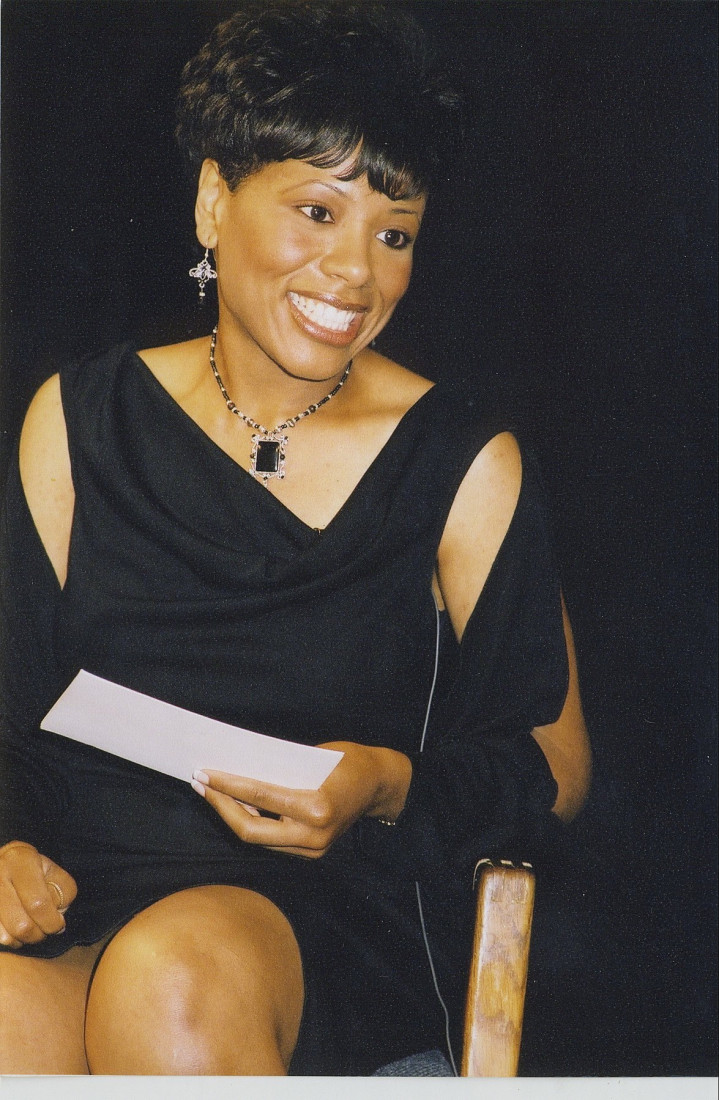 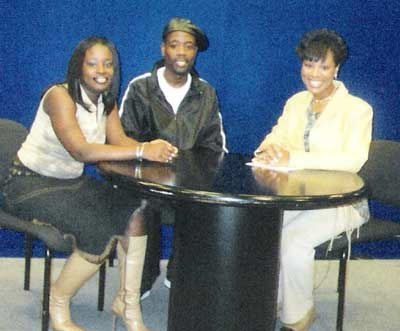 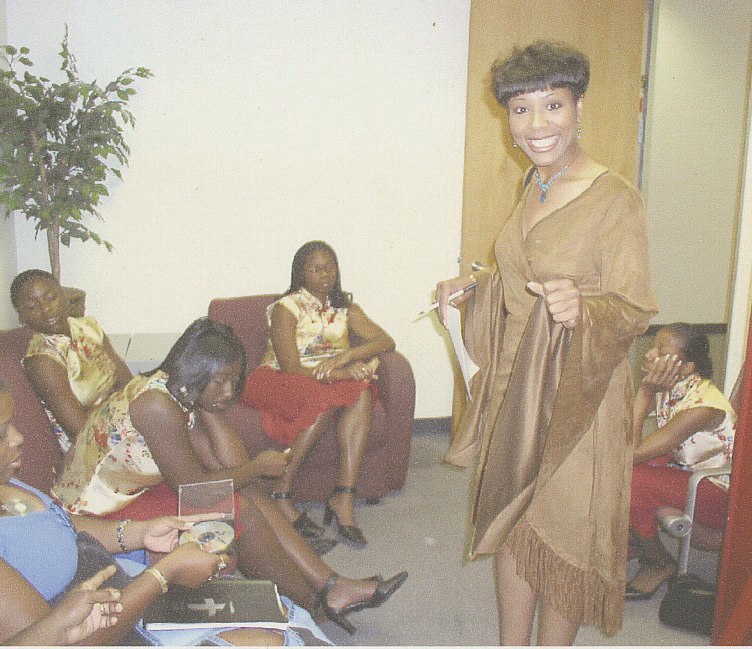 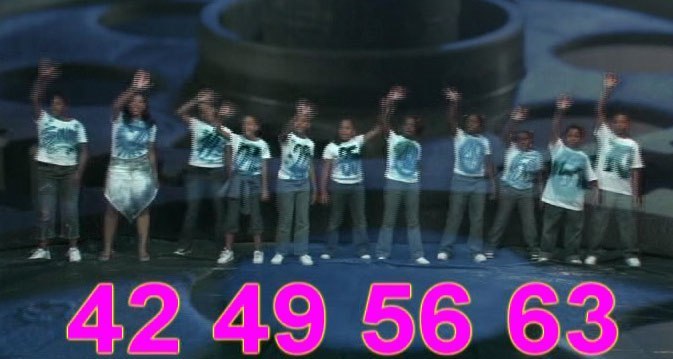 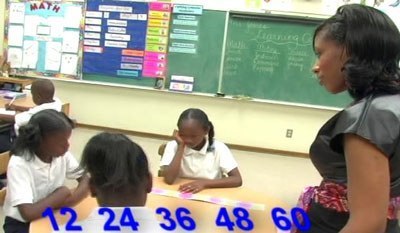 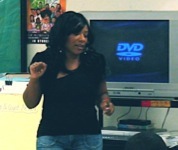 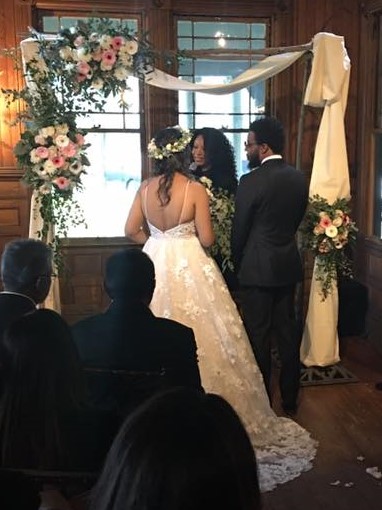 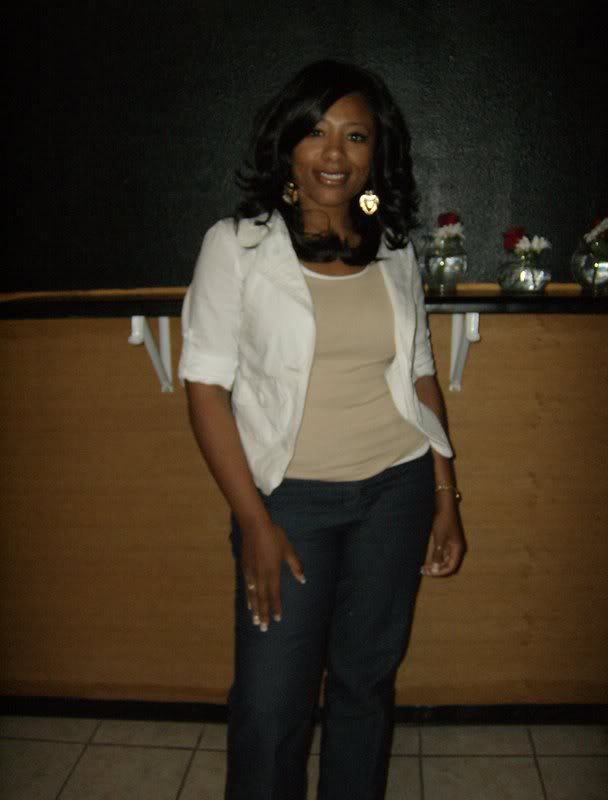 Ms. Jones after a comedy show 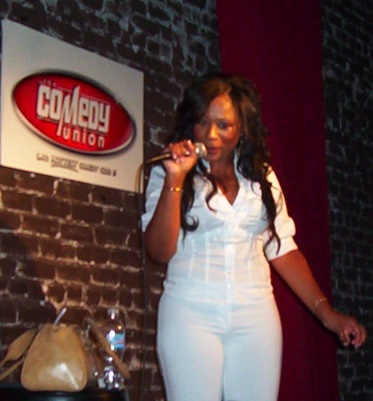 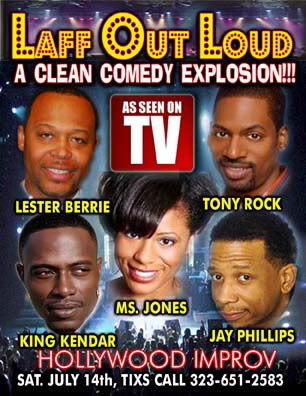 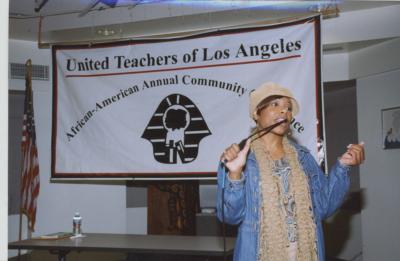 Ms. Jones is a stand-up comedienne/host. You've seen her on BET's "Coming to the Stage" hosted by Bruce and judged by Kim Coles & Kevin Hart. She also came in 2nd place at the LA Women's Theatre Festival Spotlight Comedy Competition hosted by Kim Whitley! She has shared the stage with Damon Wayans, Leslie Jones, and Tiffany Haddish! She jokes about teaching in the 'hood, relationships, and wearing weave- she is an advocate! She has hosted her own radio/TV show, "The Me & Ms. Jones Show." She is a motivational speaker known for lectures on "How to Get and Keep a GOOD Woman" and STD awareness for which she is available to screen her new documentary "Status." She is also a wedding officiant!

You will get a fun show with high energy!

Ms. Jones is a recording artist. She recorded a skip-counting/multiplication CD & DVD entitled “Kids Multiplication Motivation” with her former students. It contains songs with a hip-hop flavor that children really enjoy. They were featured on CNN Headline News. She also does educational workshops.

Ms. Jones has taken the television world by storm! She was the Word on the Street reporter for “Skee Love’s House of Hip-Hop.” She was also the host and producer of her own television variety show entitled “The Me & Ms. Jones Show.” She has interviewed many of the greats including Rick James, Teena Marie, LL Cool J, Brandy, Ruben Studdard, Steve Harvey, AJ, Gabrielle Union, Traci Ellis Ross, Mekhi Phifer, Dr. Bobby Jones, Mary Mary, Smokie Norful, Fred Hammond, and many more! She has interviewed celebrities on red carpets as well as on these shows.

Ms. Jones, “The Beauty of Comedy,” is a stand-up comedienne, performing on stages around the world. She performed on BET’s comedy reality show, COMING TO THE STAGE, hosted by Bruce Bruce and judged by “Queen Diva Judge” Kim Coles and funnyman Kevin Hart. She competed at the Los Angeles Women’s Theatre Festival Spotlight Comedy Competition in which she came in 2nd place! She has shared the stage with Damon Wayans, Tony Rock, Saturday Night Live's Leslie Jones, OWN’s Kym Whitley, Girls Trip’s Tiffany Haddish, & more! She jokes about many topics including teaching in the ‘hood, relationships, her zany family, and wearing weave… she is an advocate! Ms. Jones can perform individually and is available as part of the Clean Comedy Crew Tour.

Ms. Jones is an actress and has acted in plays. Ms. Jones was the first Ms. Teen Newburgh! She was also in the Ms. Atlanta Georgia Pageant. She has modeled in hair and fashion shows and has modeled with Diamond Star Modeling Troupe.

Ms. Jones is also a wedding officiant and motivational speaker. She enjoys helping people find love. She is presently writing a book and just finished her first documentary titled "Status" about STD awareness and prevention which is available for screenings.

Ms. Jones just completed her masters degree in journalism at Quinnipiac University. She has worked as a reporter at the Hudson Valley Press where she interviewed the legendary Wailers, the Drifters, the Blind Boys of Alabama, rap pioneer Biz Markie, gospel icon Kim Burrell, and the first African-American Miss America Vanessa Williams. She loves to report on entertainment news or stories in the community and the world. She ultimately sees herself hosting her own nationally syndicated TV talk show and radio show as well as a fun after school or Saturday morning educational show for children.

crisp clear sound on stage and in the audience (muffled sound is unacceptable), sound technician/ DJ & light operator (available for the duration of the show)