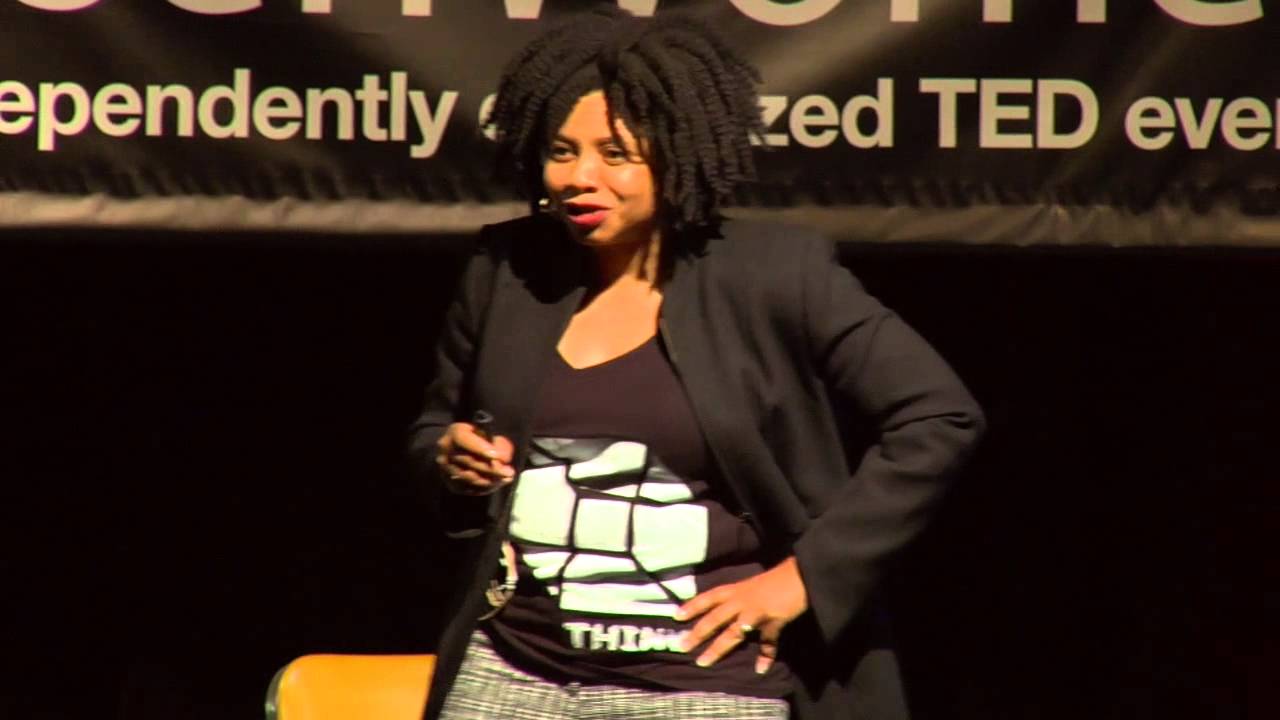 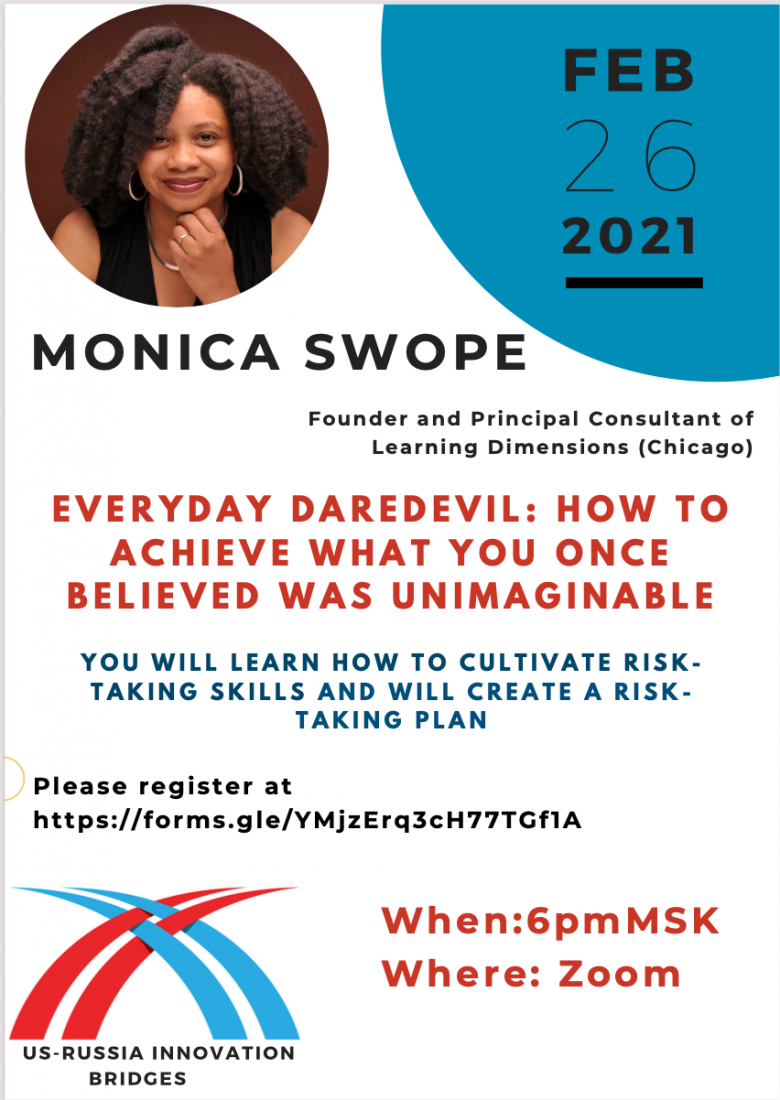 Upcoming talk with entrepreneurs based in Russia. Sponsored by the U.S. Russian Bridges Innovation 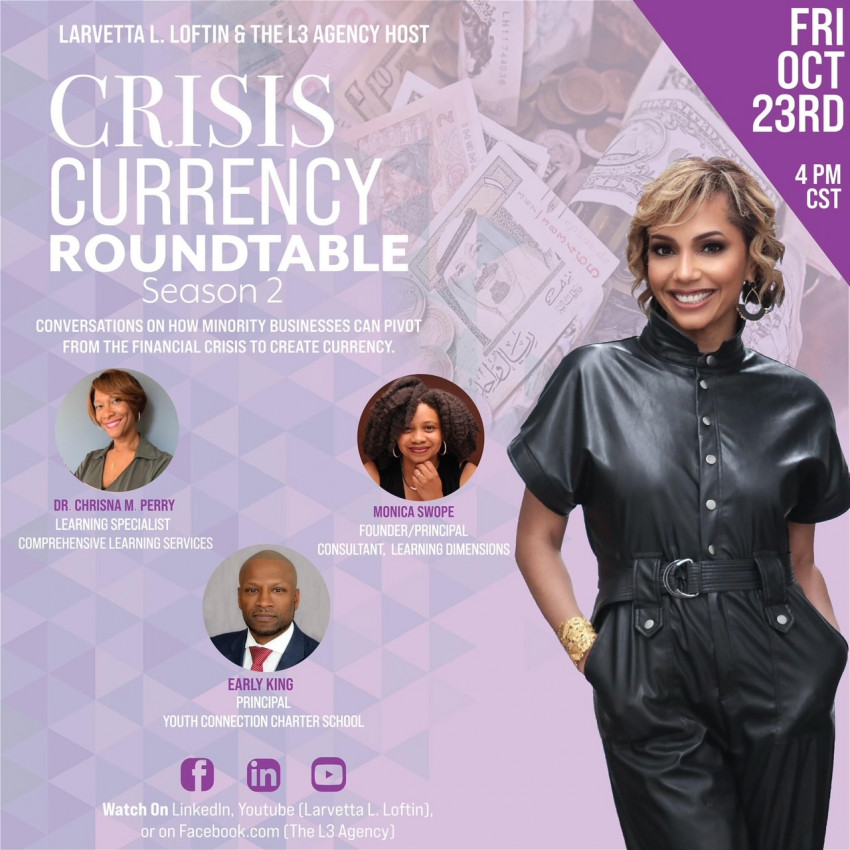 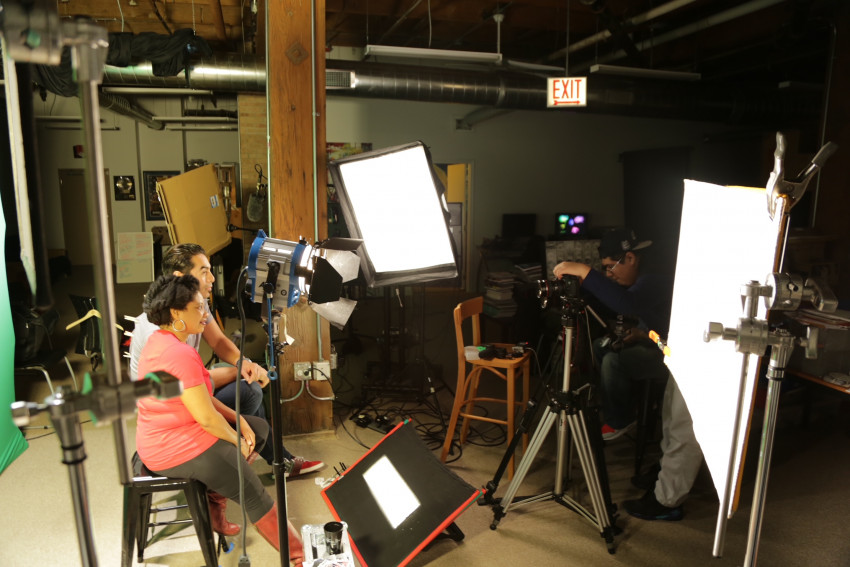 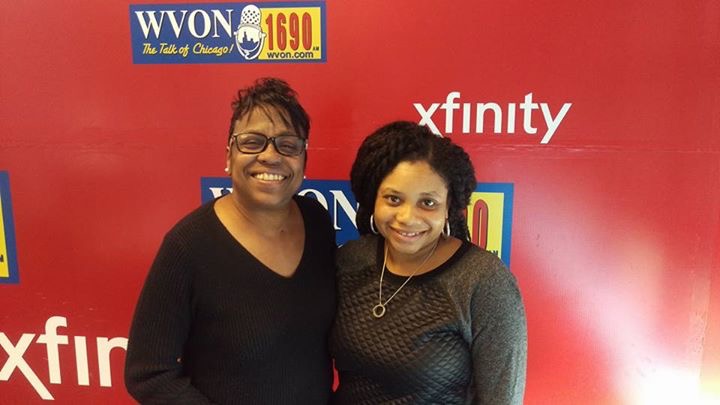 Ms. Swope celebrates more than 20 years of expertise in education, administration, diversity, equity and inclusion, and curriculum development. She has excelled as a K-16 educator. Ms. Swope has further flourished as an independent educational consultant and is the founder of Learning Dimensions—a Chicago-based educational consultant company ((link hidden)) and author of Everyday Daredevil: Becoming A Risk Taker To Achieve What You Once Believed Was Unimaginable. Ms. Swope's speaks to motivate, inform, inspire, and get listeners closer to their desired outcomes. Through storytelling, audiences are able to connect to talk topics to discover their "aha" moments.

Monica has worked with me on projects for over 5 years now. She is an amazing coach, mentor, project manager and speaker. The way she conveys information is done with such a special touch, that you will remember how she made you feel well after the moment has passed. Even in a room full of people she manages to spread such good energy around that you feel it individually. Monica has a vast range of experience and the ability to present to audiences in various environments. And she has just published her book, Everyday Daredevil, that we will be using in a future project as a manual of sorts. I highly recommend Monica Swope and will continue to work with her into the foreseeable future.

Ms. Swope works with clients to customize a talk that motivates, inspires and informs audiences. Through storytelling and the use of visuals audiences are able to lean into and be engaged in the topic of the talk. Audiences will walk away with "aha" moments.

Ms. Swope celebrates more than 20 years of expertise in education, administration and curriculum development. Raised by a family of educators, she was inspired by her mother, who had worked as a teacher, to pursue a career in public schools in order to effect social change and make a difference in the lives of underserved students. A graduate of the University of Illinois at Chicago, she initially earned a Bachelor of Science in history in 1998 and a Master of Education in 2003. Ms. Swope concluded her education at Chicago State University, graduating with a Master of Arts in Educational Leadership and Administration in 2007.

From 1998 until 2008, Ms. Swope excelled as a classroom teacher at Oak Park and River Forest High School, building a professional reputation for her outstanding rapport with her students and her creative approach to curriculum and instruction. She found success for the next five years as a social science specialist in Chicago Public Schools, and was additionally active on the adjunct faculty at Loyola University in 2011. Ms. Swope teaches at Loyola University and the University of Illinois at Chicago, and serves as the coordinator of Michigan State University's Chicago pre-service teacher internship program.

In addition to her exemplary work in higher education, Ms. Swope has further flourished as an independent educational consultant and is the founder of Learning Dimensions—a Chicago-based educational consultant company that aims to design and provide quality and transformative learning solutions and experiences to organizations and school districts that meet the demands of the 21st-century learner. Learning Dimensions has also been named an American Small Business Champion by SCORE and Sam's Club in 2016. She describes her role as "half teacher, half entrepreneur," and she draws from her firsthand experience at all levels of public education to provide her clients with strategies to create and lead student-centered, inclusive environments that support growth and positive outcomes for all learners. Ms. Swope attributes her success to her mother's early example of professionalism and dedication to service.

Ms. Swope has accepted Fulbright grants on two occasions and formerly operated as the past president of the Chicago Chapter of the Fulbright Association. She also contributes to the advisory board of Facing History and Ourselves, an antiracist curriculum and teacher professional development organization. Ms. Swope is a TEDxPilsenWomen speaker, has been inducted into the Marquis Who's Who Registry, included in the Marquis Who's Who Top Professionals Series and welcomed to the roster of Marquis Who's Who Humanitarians.

During her spare time, Ms. Swope enjoys practicing and teaching yoga, taking long walks, going to live music and theater performances, binge-watching streamed programs and trying new recipes. In the coming years, Ms. Swope looks forward to continuing her consulting work with a focus on the transformative and creative potential in education and continuing to cultivate a storied life worth living.