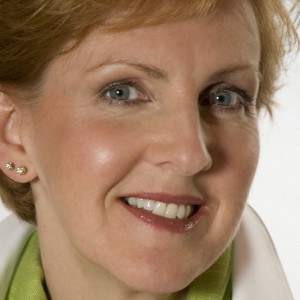 Monica Hatch sings for wedding ceremonies of different denominations throughout New England. A consummate professional, she will happily guide you through your music selection process and provide the best in vocal performance.

Monica travels to many locations including Boston, Worcester, Central and Western Massachusetts, as well as Providence and Newport Rhode Island.

Be the first to review Monica Hatch, Soprano

For more than 25 years, Soprano, Monica Hatch, has provided exceptional, expertly tailored wedding music for hundreds of discerning couples. She specializes in many religious liturgies and civil ceremonies. Her broad liturgical experience, conservatory training, and practical insights offer you the flexibility, ease and musical guidance essential to your wedding ceremony.

Monica Hatch performs with The Handel & Haydn Society in Boston and has been soprano soloist with The Massachusetts Symphony, The Thayer Symphony, The Concord Symphony, Cathedral of St. Paul’s Festival Orchestra, Arcadia Players, Worcester Collegium, The Bach Society of Worcester, and dozens of church choirs. Her oratorio performances include, Faure’s Requiem, Orff’s Carmina Burana, Vivaldi’s Gloria and Magnificat,, Bach’s Magnificat, St. John Passion, and Cantatas 27 & 78 , Mozart’s Requiem, Handel’s Messiah, and Schubert’s Masses in C and G. Being described as “particularly outstanding” by the Boston Globe in her role of the “Duke Ellington Sacred Concerts” at the Boston Globe Jazz and Blues Festivals in 1998 and 1999, her critically acclaimed performances led to her becoming the soprano of choice for many subsequent productions of this work in New England. An established recording and performing artist, she hosted the Jazz Matinee on NPR station WICN 90.5 FM in Worcester, Mass, for more than five years.

Her repertoir includes many traditional and popular songs.
Ave Maria – Norbet
Ave Maria - Caccini
Ave Maria - Schubert
Ave Maria - Bach/Gounod
Psalm 33: The Earth Is Full of Beauty - Cotter
Psalm 33: The Earth Is Full of the Goodness of the Lord - Gelineau
Psalm 34: Taste And See The Goodness of the Lord – Haugen
Psalm 103: The Lord Is Kind and Merciful - Cotter
Psalm 103: He Crowns With Love And Tenderness - Conley
Psalm 127: May The Lord Bless and Protect Us - Gelineau
Psalm 127: May The Lord Bless Us - Chepponis
Psalm 128: Blessed Are Those Who Love You - Haugen
Psalm 138: Your Love Is Everlasting - Johengen
Bridal Prayer - Copeland
Bist du bei mir - Bach
Unity Candle Song - Haan
Where There Is Love - Haas
Wherever You Go - Haas
Whither Thou Goest - Peeters
Now May There Be A Blessing
Love Endures - Moore
Grow Old With Me - Lennon
When Love Is Found - arr. Hopson
The Servant Song - Gillard
Panis Angelicus - Franck
Laudate Dominum - Mozart
Domine Deus - Vivaldi
Irish Blessing – Moore
Gaelic Blessing – Rutter
Now In This Banquet – Haugen[
Come My Way My Truth My Life - Vaughan Williams
Ave Verum - Mozart
Every Morning In Your Eyes - Cooney
All I Ask Of You - Lloyd Weber
You Raise Me Up - Loveland, Graham
The Prayer - Bayer Sager
One Hand, One Heart - Bernstein
Time To Say Goodbye - Quarantotto, Sartori

Kameron M. said “I hired Julie and company to record group vocals on a song of mine at their home studio. They memorized the parts quickly and gave a great performance,…”

Celeste H. said “Natalya was innovative in creating a zoom performance in front of a backdrop of an opera theater. All dressed in costume, she delivered a stellar performance.…”

Caitlin V. said “I saw Austin at Marble House in Newport last Christmas. He sang a variety of classical, popular, and original Christmas songs. He has a beautiful voice…”