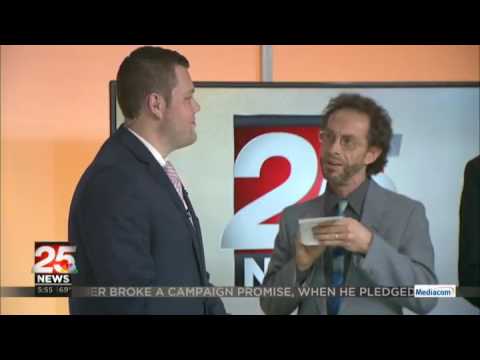 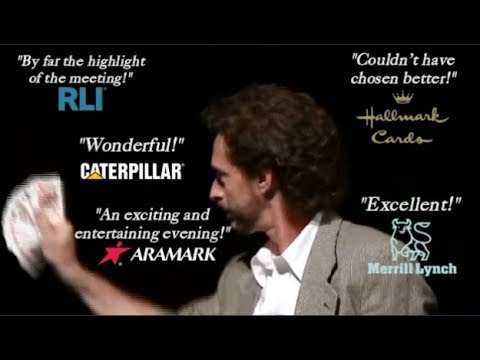 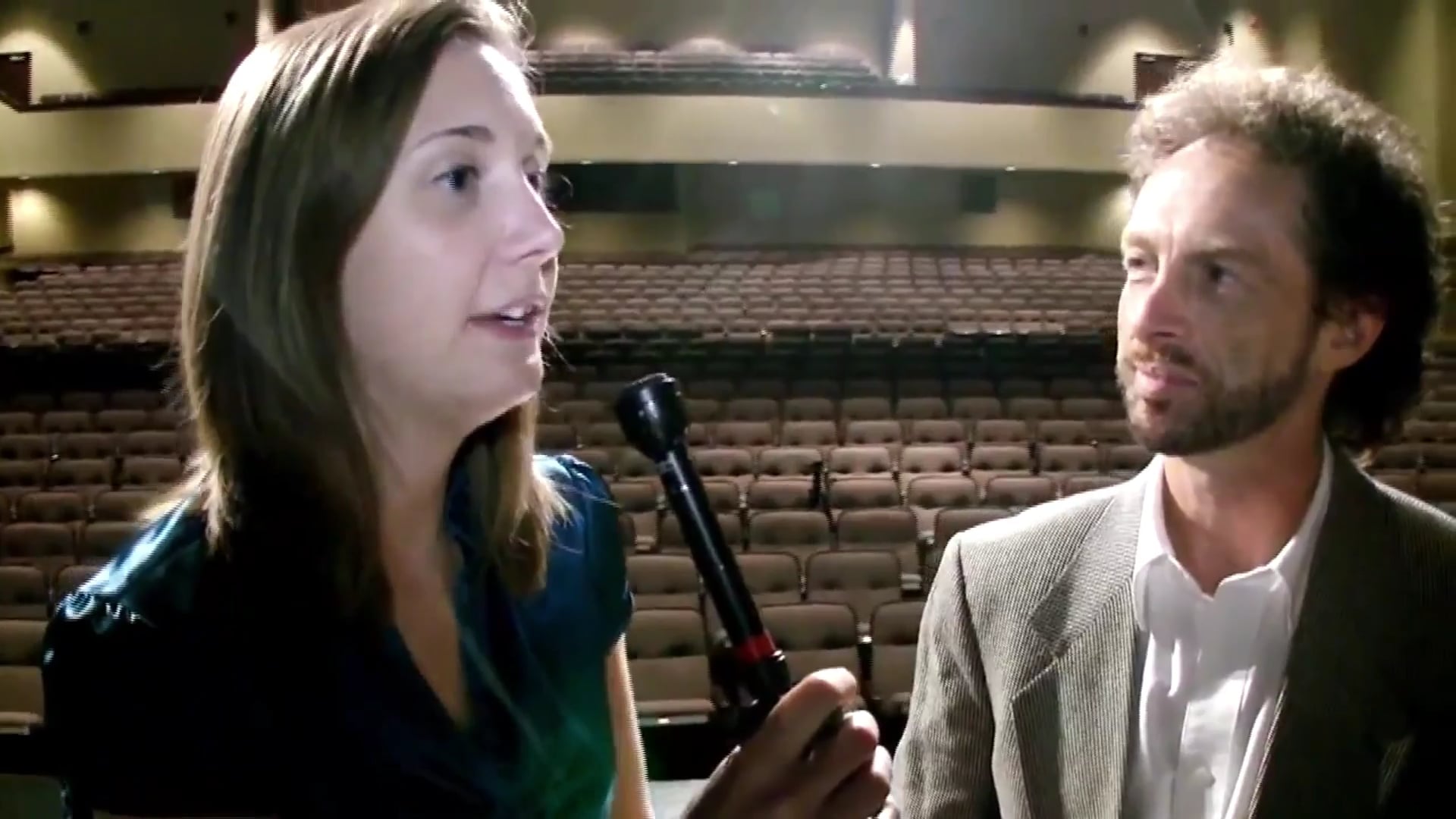 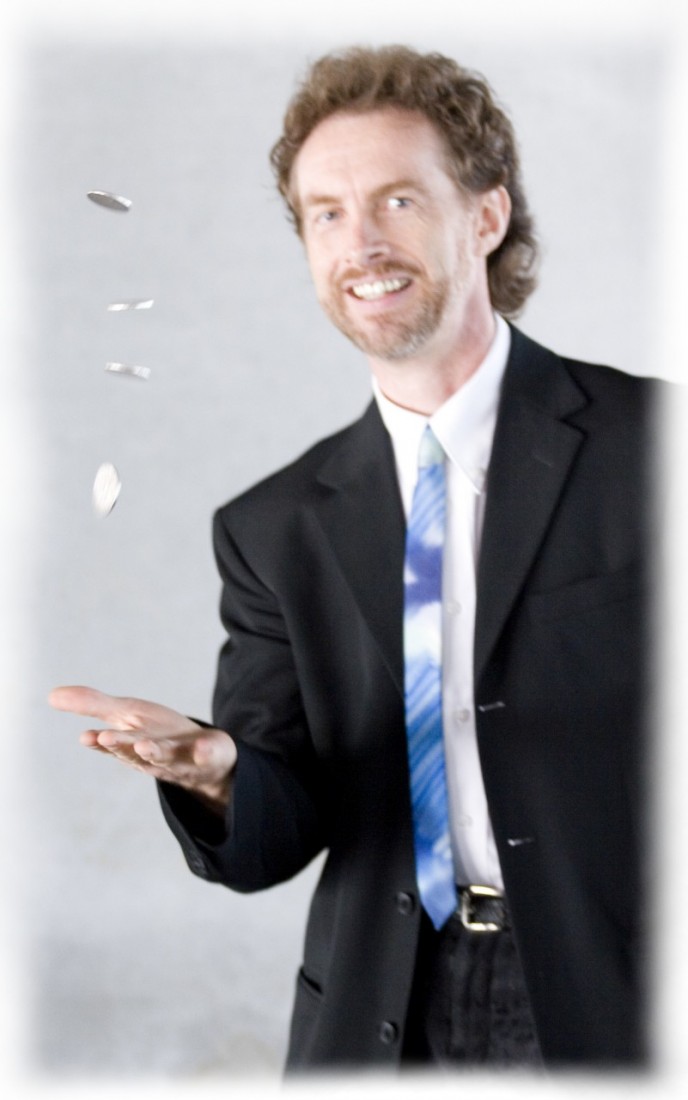 Mitch Williams is an international award winning entertainer, speaker, and sleight of hand artist who offers absolutely unforgettable customized magic themed entertainment, educational, and self improvement programs guaranteed to amaze, amuse, and inspire guests at your events. An expert at sleight of hand, an accomplished artist, athlete, and authority on creativity, peak performance, and human potential, Mitch brings a wide variety of talents, skills, and expertise to his work, making his programs among the most original and innovative in his field. For world class entertainment and speaking programs and top notch customer service at surprisingly affordable midwestern prices, call Mitch!

Wonderful magic show with awesome mind boggling tricks from Mitch, who is such a pleasant and friendly person :)

Thanks, Jody! I thoroughly enjoyed meeting you and performing for your group!

Mitch's programs combine his astounding, award-winning, expert sleight of hand magic, highly visual, truly amazing, awe-inspiring impossibilities, along with direct audience participation, involvement, and interaction, as well as heart-warming, inspiring, thought-provoking themes. His programs are filled with wonder, humor, and inspiration. Mitch customizes each program to the unique needs of each client and each event, expertly combining his various skills and expertise so as to give your guests the best possible, literally unforgettable, fun, hilarious, mind-blowing experience they'll be talking about for months to come.

Mitch Williams is an international award winning magician, sleight of hand artist, and inspirational speaker with credits throughout the US, Canada, and in Europe and Japan. He has won several national and international performing awards, is considered an expert at sleight of hand, and is also an accomplished artist, athlete, and authority on creativity, peak performance, and human potential. He brings this wide variety of talents, skills, and expertise to his work, making his programs among the most original and innovative in his field.

Mitch thrives on bringing his diverse abilities to bear on finding creative solutions to meet or often exceed his clients' expectations. He specializes in creating unique, customized event entertainment, speaking, and training programs that are designed specifically to meet the needs of each individual client.

Mitch has developed a reputation among his peers throughout the world as a unique and highly talented entertainer. His performing awards include the International Brotherhood of Magicians Stage Award of Merit, Bill Baird Award of Excellence in Sleight of Hand, I.B.M. Gold Medal Finalist, Society of American Magicians Stage Award and Gold Medal, and the Ben Chavez Memorial Trophy for Proficiency in Sleight of Hand. He has conducted in depth seminars for magic enthusiasts throughout the country on "how to approach magic as an actual art form", all to rave reviews.

As an entertainer, Mitch has gained years of experience performing across this country and around the globe, for venues as diverse as television, cruise ships, revue shows, nightclubs, theatres, conferences, and corporate events. For more than twenty years, Mitch has used his unique and memorable programs to help corporate and other groups, from Beverly Hills to New York City and far beyond, to make their events incredibly successful, impressive, and just plain fun.

His performing credits in this country include Harvey’s Casino, Lake Tahoe; the Normandie Casino in California; It’s Magic show at the Variety Arts Center in Los Angeles; Brown’s Hotel, Loch Sheldrake, NY; Magic Island nightclubs in Houston and Newport Beach; Punchline Underground Atlanta; the Body Shop in Los Angeles; Wizardz nightclub in Universal City, CA; and he is one of the favorite performers at the Magic Castle in Hollywood, the world's most famous magic nightclub.

Mitch has been featured on the same bill with such notable celebrities as Doug Henning, Penn & Teller, Lance Burton, Elaine Booslier, Rosie O'Donnell, Marty Allen, Jeff Dunham, and Dennis Miller. And Mitch has also performed in Japan, Spain, Holland, Canada, and Mexico, and has appeared on television programs on Fuji-TV and NHK-TV in Japan and on the series, Aixo es Massa, on TV3 in Spain.

As a speaker, trainer, and consultant, Mitch has lectured throughout the United States, conducting a variety of lectures, seminars, and in depth workshops. Mitch brings to his various educational and self improvement programs expertise as an extremely competent teacher in a variety of areas. He calls on insights from his extensive background in such diverse fields of study as: art (he is an accomplished graphic artist and painter); the martial arts (he holds a fourth degree black belt in Judo and has experience in Aikido, Ju Jutsu, Karate, and Tai Chi): as well as his ongoing studies in psychology, peak performance, human potentials, philosophy, science, creativity, and movement technique.

Mitch's needs vary depending upon the type of event, the type of program he is presenting, the number of guests, and the venue in which his performance takes place. For strolling close up magic, he is completely self-contained, with no requirements other than people for whom to perform. For larger stage, platform, or speaking programs, Mitch can help you with a list of preferred technical requirements (staging, PA, microphone, etc.) Contact Mitch for additional information.