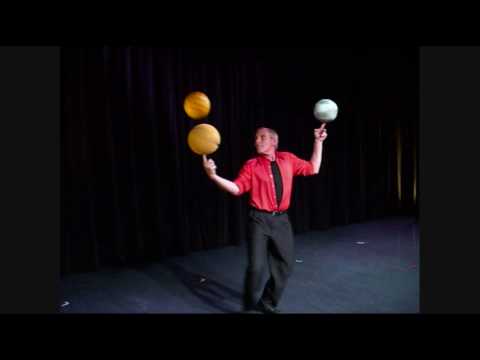 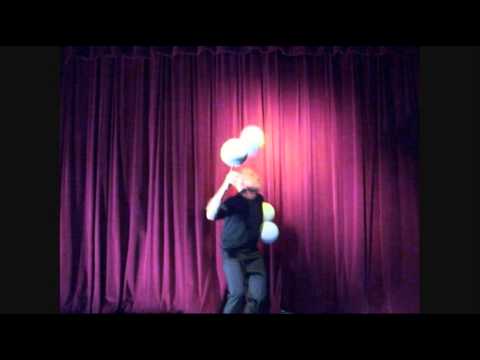 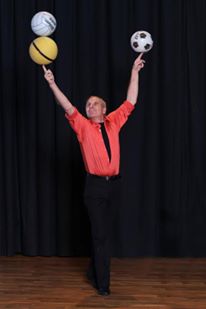 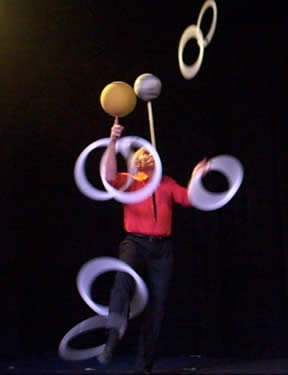 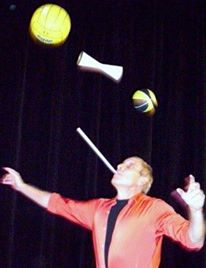 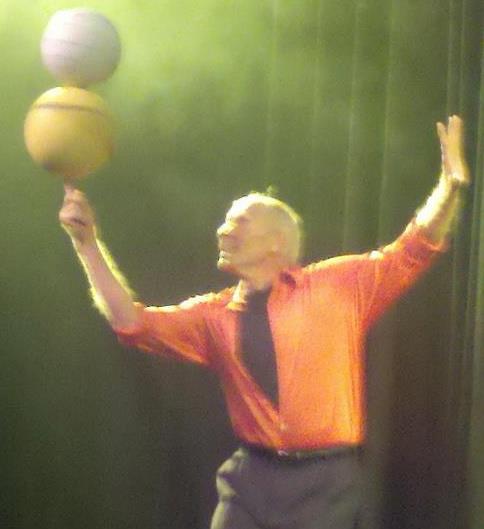 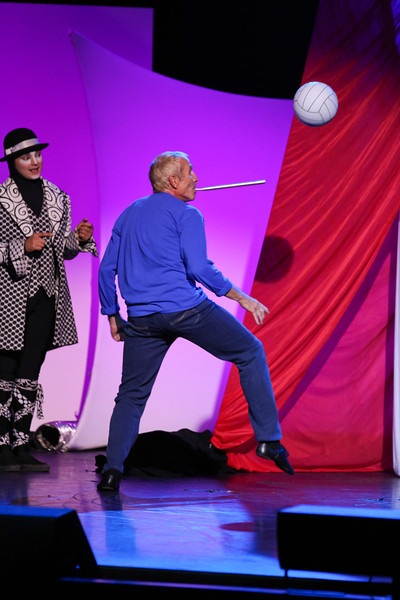 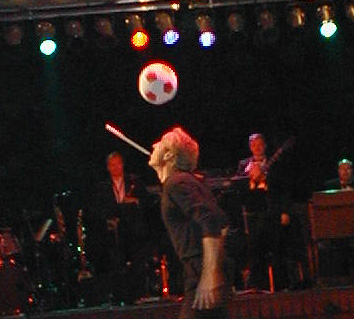 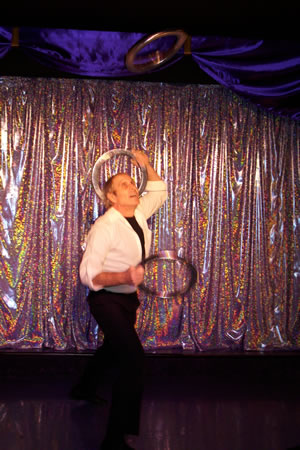 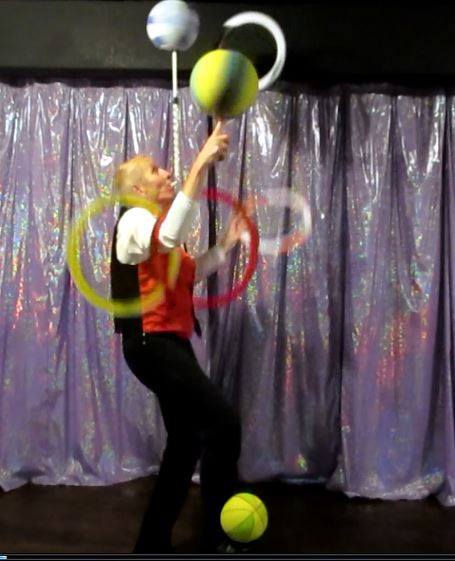 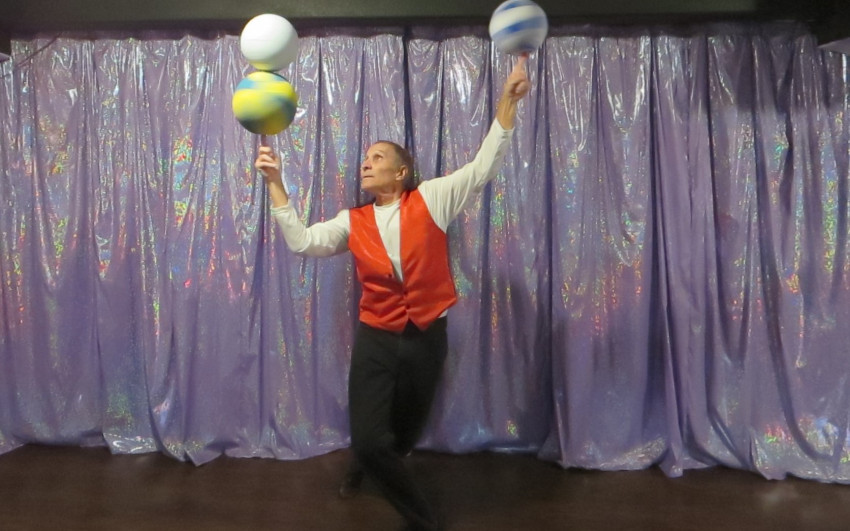 I'm an entertainer (Juggler) that has been performing since 1969. My work has taken me to
over 80 countries (Performing both on land and on cruise ships) and all 50 states in the U.S. I've worked every type of venue a variety act can work, including Cruise Ships, Night Spots, Revue Shows, Theaters, Circus, and Sport Shows. I toured with the Harlem Globetrotters Variety Show for 7 seasons. By the time I was 21 years old I had already toured the world with my act. Other highlights include performing as an opening act for Debbie Reynolds numerous times, performing for Princess Grace at the Circus Festival of Monaco, and performing on The Dinah Shore Show.
Award of Excellence / International Jugglers Association.
.

Michael kept them laughing while keeping the balls and hoops flying. My favorite was the flower vase on top of the balloon ... it has to be seen to be believed.

Thanks Davis. It was a pleasure meeting you and working in your show..I enjoyed it...

Mike was our opening act at our Resort Annual Owner's Week Event in Branson and what a great way to open the week long show. He really got the crowd going, they loved him! We got nothing but positive feedback.

I saw him perform

I saw Michael performing in the show Cirque Montage at the Starlite theater in Branson. I really like his act, I think it was unique. He was one of the highlights.

Thanks for the kind words.

Love this guy he performed his act at our annual owner week event in Branson mo. The crowd loved him. Amazing ball spinning skills!

Thanks! I enjoyed it..See you next time...

Great at what he brought

Overall, good performance at Spyderfest 2017 in Springfield, MO. Great communication leading up to the event. This was a three hour gig planned to be an outside event, but the weather didn't want to fully cooperate. He was just a little under prepared for the versatility needed for the event. Had a big bag, but only a couple go to items for his performances. Highlights included Ball Spinning, Ball Balancing, and the Tennis Racket & Sticks thing. Overall the crowd liked his performance and I received mostly positive feedback.

I agree with this review. First time doing this type of event. Plan on being more prepared for the next outdoor parking lot event of this type and length.