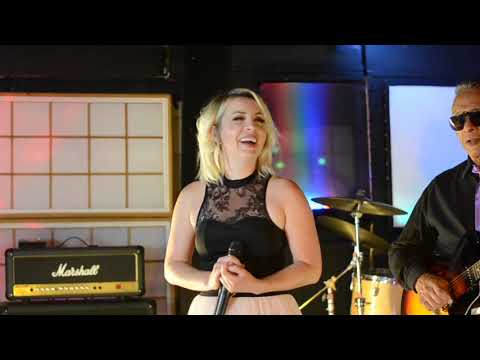 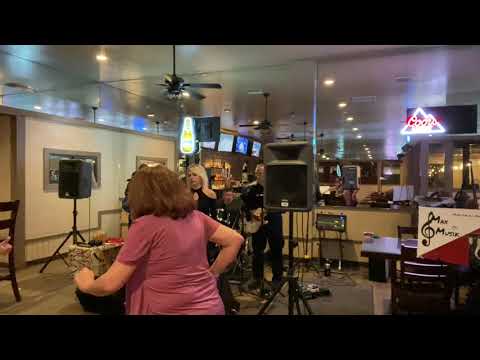 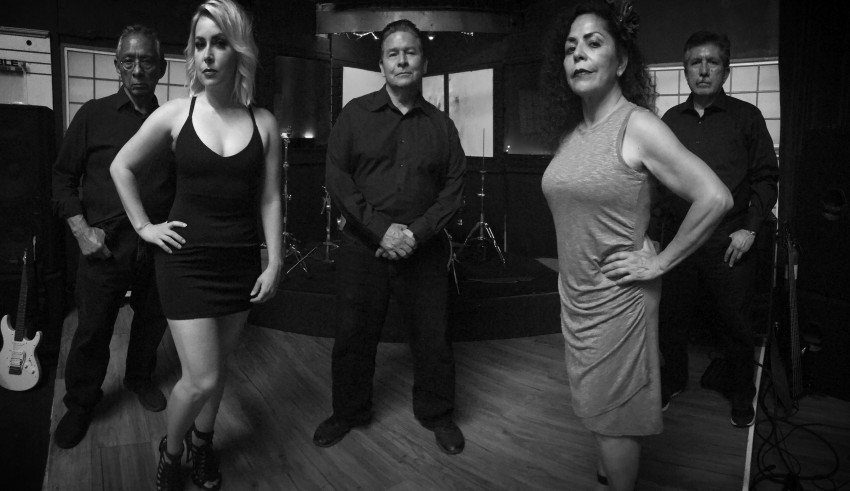 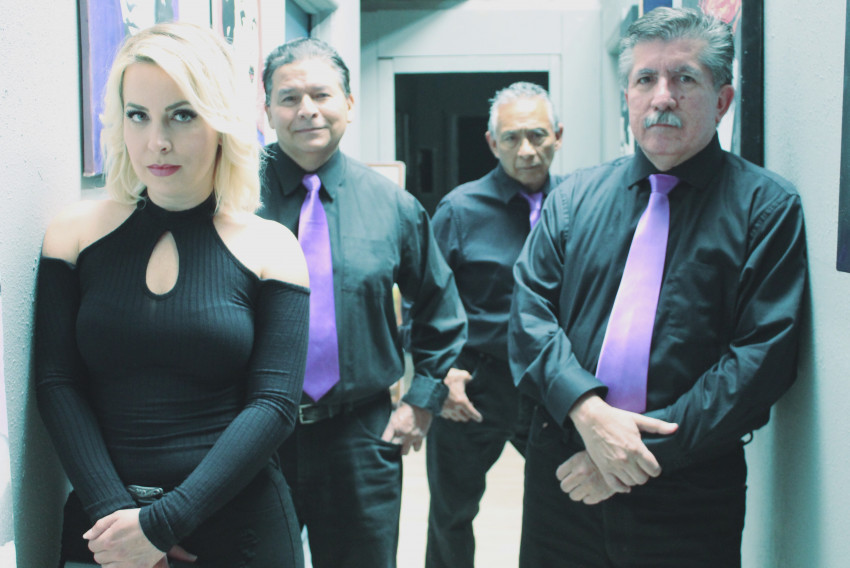 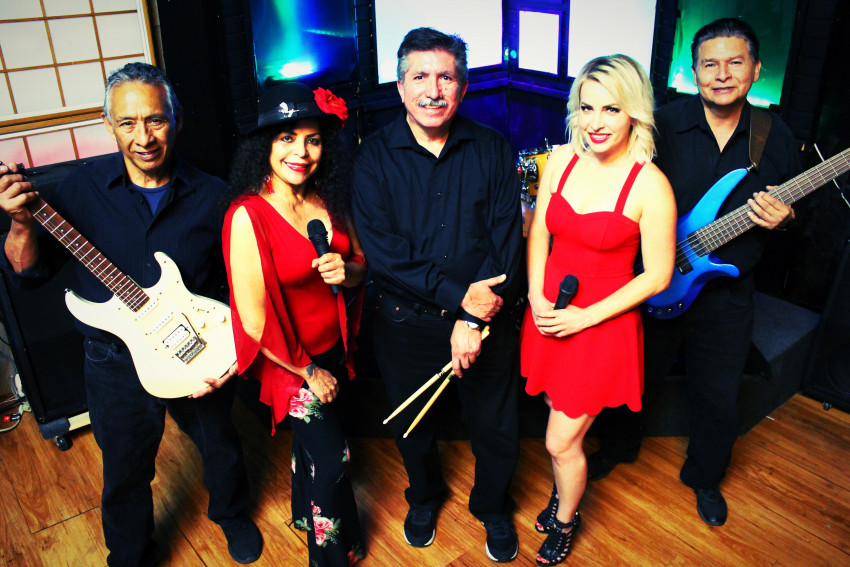 Max Musik Band is a professional cover band providing live dance music for events of all kinds. We are unique in that we feature 2 lead singers - one singing Latin favorites in Spanish, and one singing pop/rock hits in English! We'll get you and your guests dancing all night to upbeat, feel-good hits from a wide variety of genres, including current Top 40, classic rock, disco, R&B, Latin/Salsa/Cumbias, and more!

Be the first to review Max Musik

Ashlee Abrams - lead vocals:
Actress/singer/songwriter Ashenputtel "Ashlee" Abrams is the eldest grandchild of Australian pop/rock pioneer April Byron. Ashlee began singing and acting professionally at the age of 11, when she won the title role in the stage adaptation of Lewis Carroll's classic "Alice in Wonderland". Other film, T.V., and theatre work followed, including leading stage roles in "Grease", "Into the Woods", "The Rocky Horror Show", and "Cinderella", among many others. As a lead vocalist, Ashlee has performed across the country at world-famous venues including The Grand Ole Opry, Whisky A GoGo, and Universal Studios.

Irma "Cui-Cui" Rangel - lead vocals:
Cui-Cui attended DQ University located outside of Davis,CA ; a school dedicated to the Studies of the Native American Cultures to include Chicano and Indigenous Cultures of Mexico. This is where Cui Cui developed her understanding of the importance of a people’s roots, history and culture. She studied dance, acting, various art forms, and spiritual aspects of people from the U.S. and Mexico. Singing in front of an audience was the last hurdle. She still had a shy side until one night her dance teacher put her to the test. She was asked to sing with the house band… this was the awakening of her calling as a vocalist. Cui Cui began to learn to sing out the beauty of song in English and Spanish.

Edward Romias - lead guitar and vocals:
Eddy has been involved in music for approximately 40 years, starting at the young age of 15. He’s played with countless types of bands and various styles of music. His experience has led him to a local TV dance show, venues across the country and even as far as Japan and Europe.

Larry Torres - Bass Guitar:
Larry started playing the guitar at the age of 13 but quickly switched to bass guitar when he heard a bassist from another band. He was intently impressed with the fact that not only could you hear it, but you could FEEL it! He’s played with many East LA bands during the time that it was common to combine soul music with rich brass and Mexican music. This was the East LA Sound. He’s played various genres from rock, country, salsa, Latin, blues & R&B, he even cut a record with a band in the 60’s.

Roger Gomez - drums and vocals:
Roger has been playing drums since the spring chicken age of 15 years old. Roger has played with various bands and musical projects. He’s performed at many venues ranging from Disney Music Hall, Bellagio in Las Vegas to touring extensively all through Western Canada. His goal is to provide the rhythms and beats that get people up and dancing! Or at the very least, foot tapping and hand clapping!

We provide a professional P/A system for our performances. Lighting available upon request.

We have our own equipment.