Back to Jazz Pianists 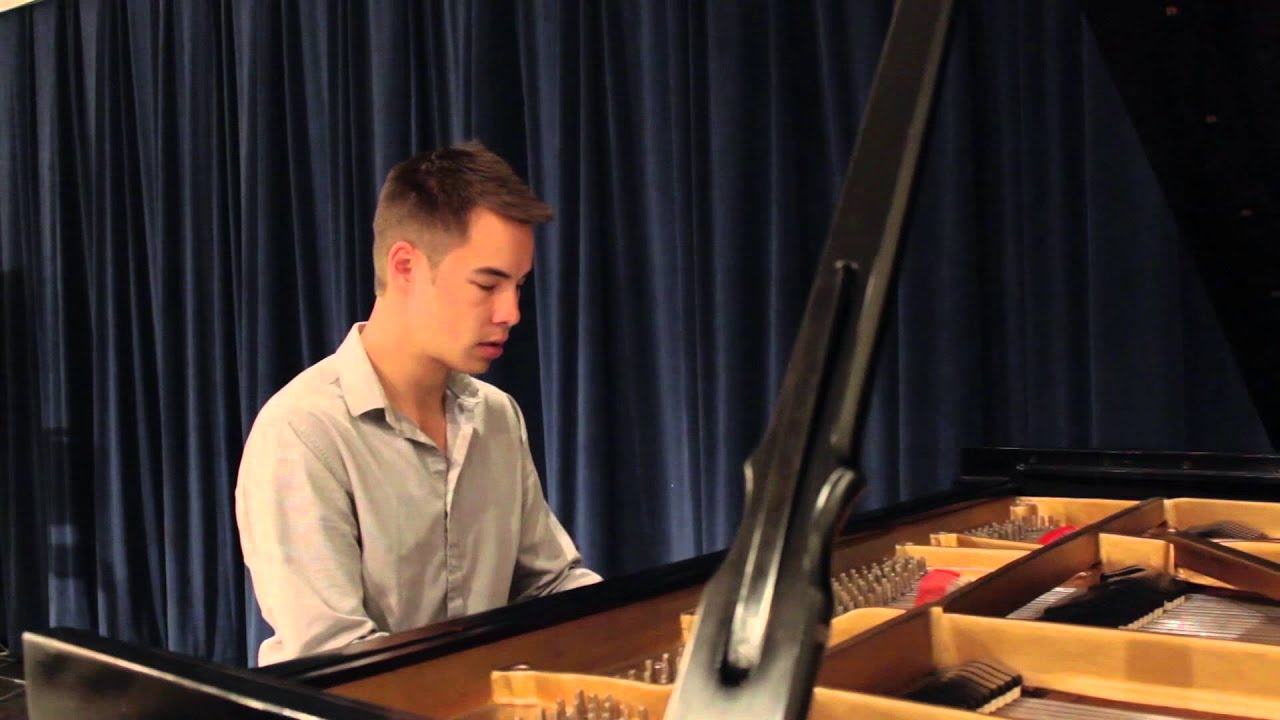 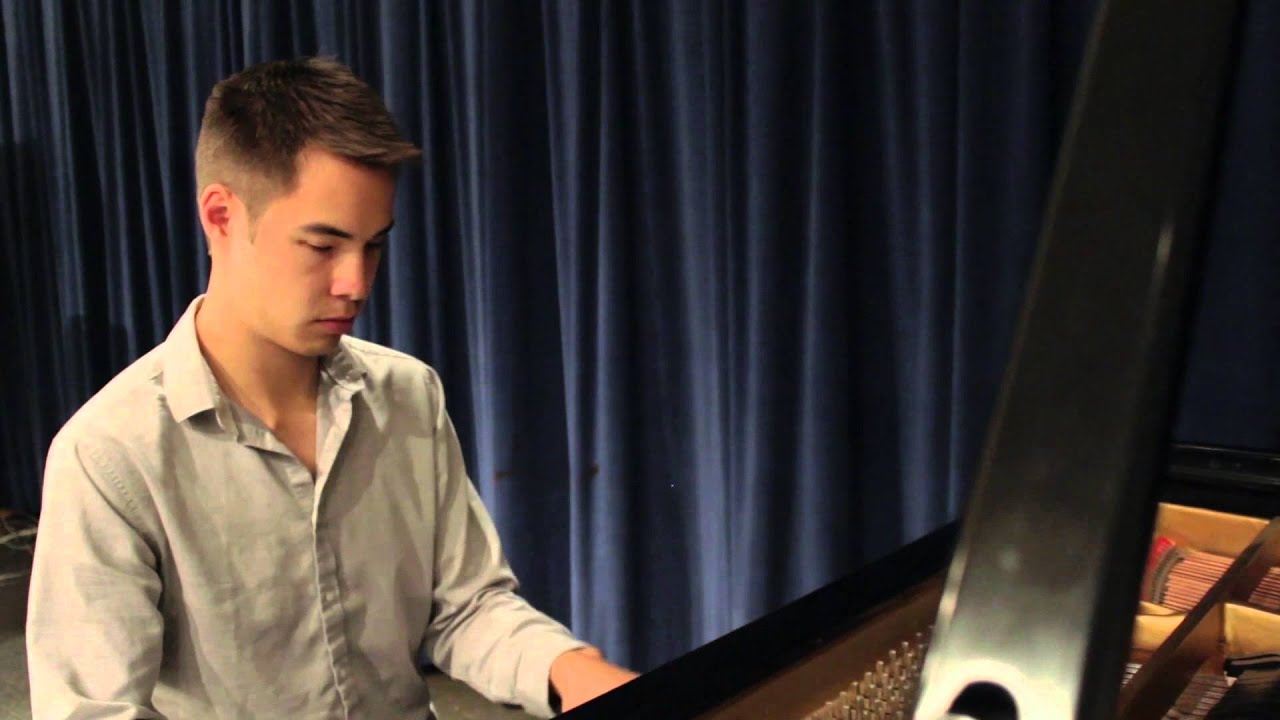 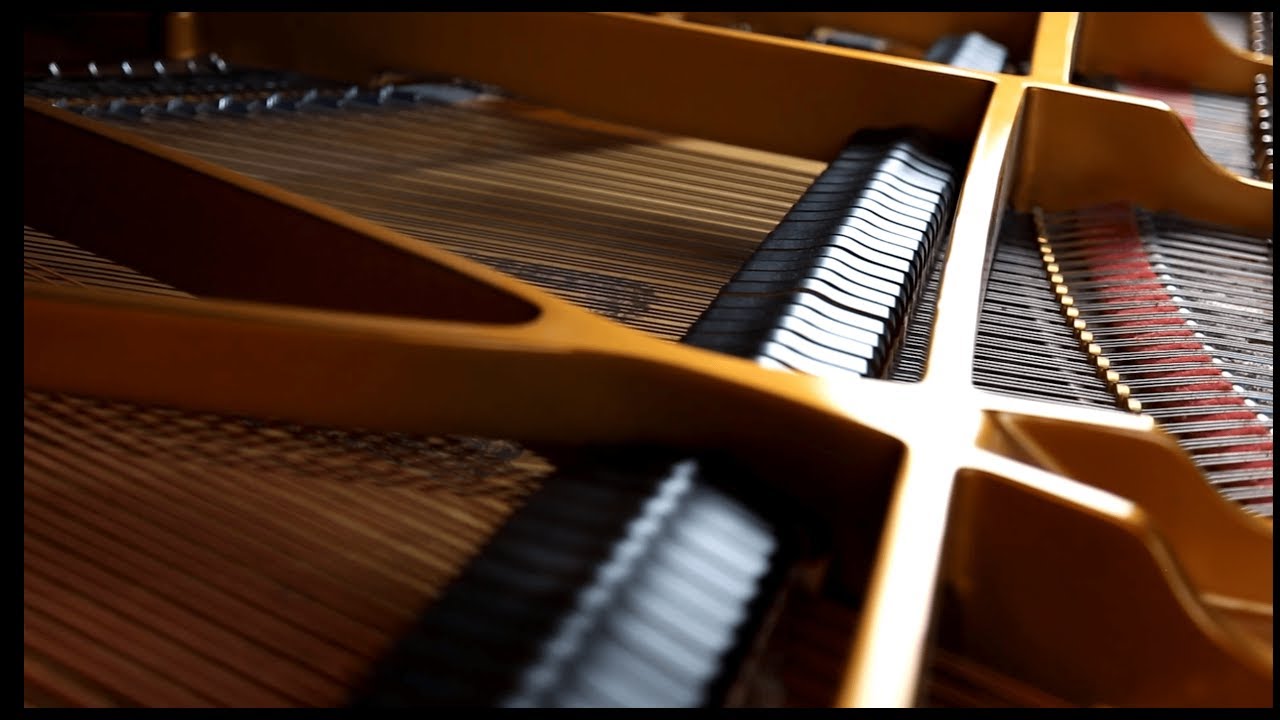 Matt Peterson - That's What I Like (Bruno Mars Cover) 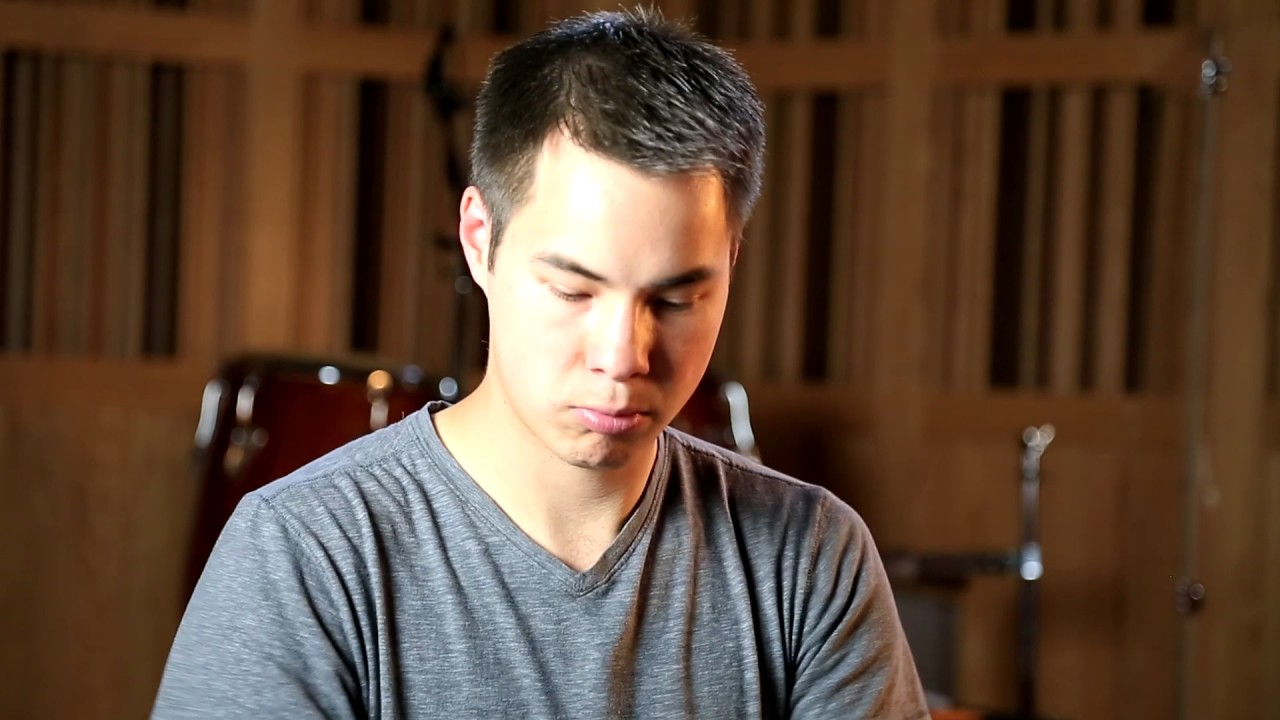 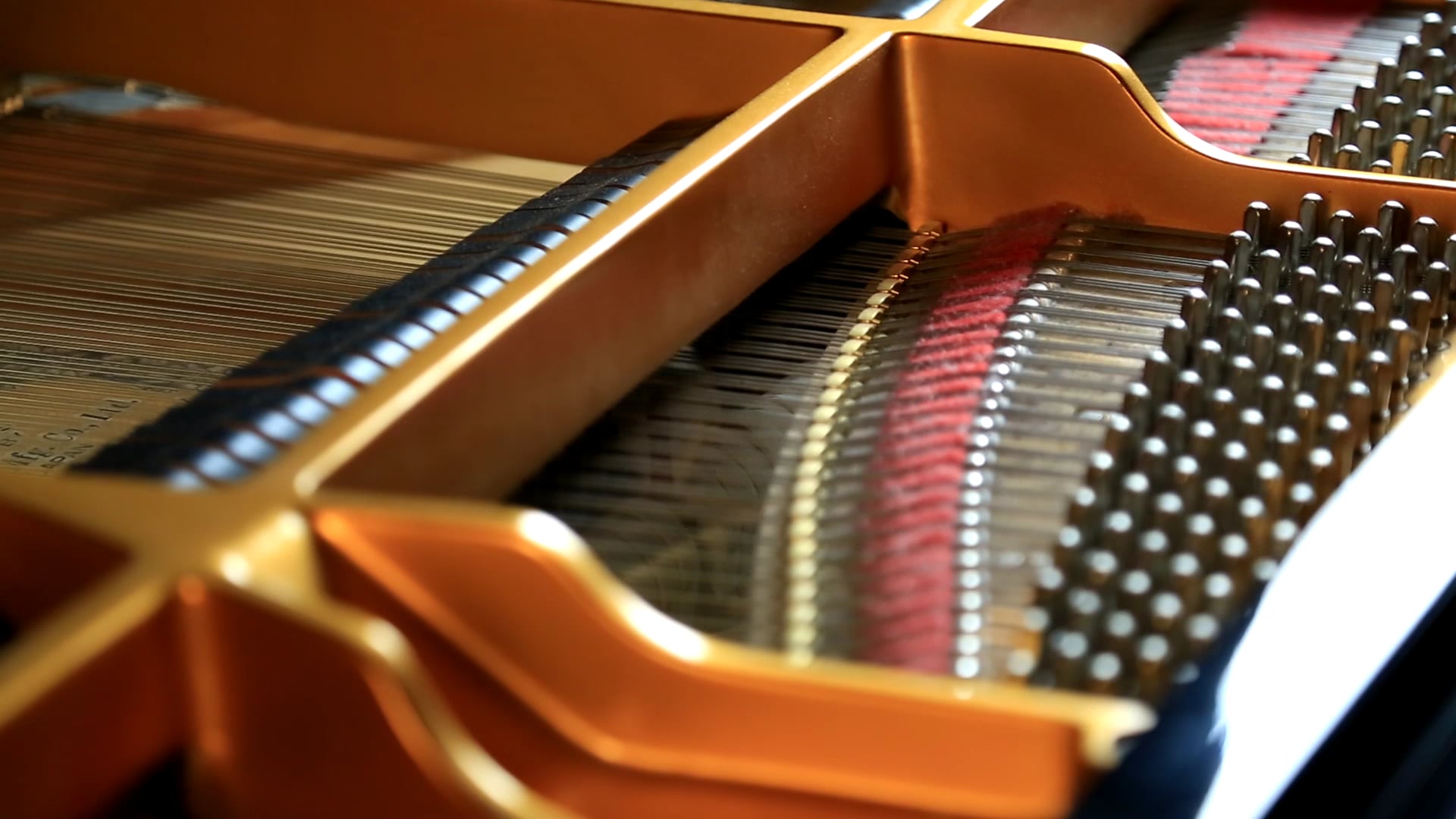 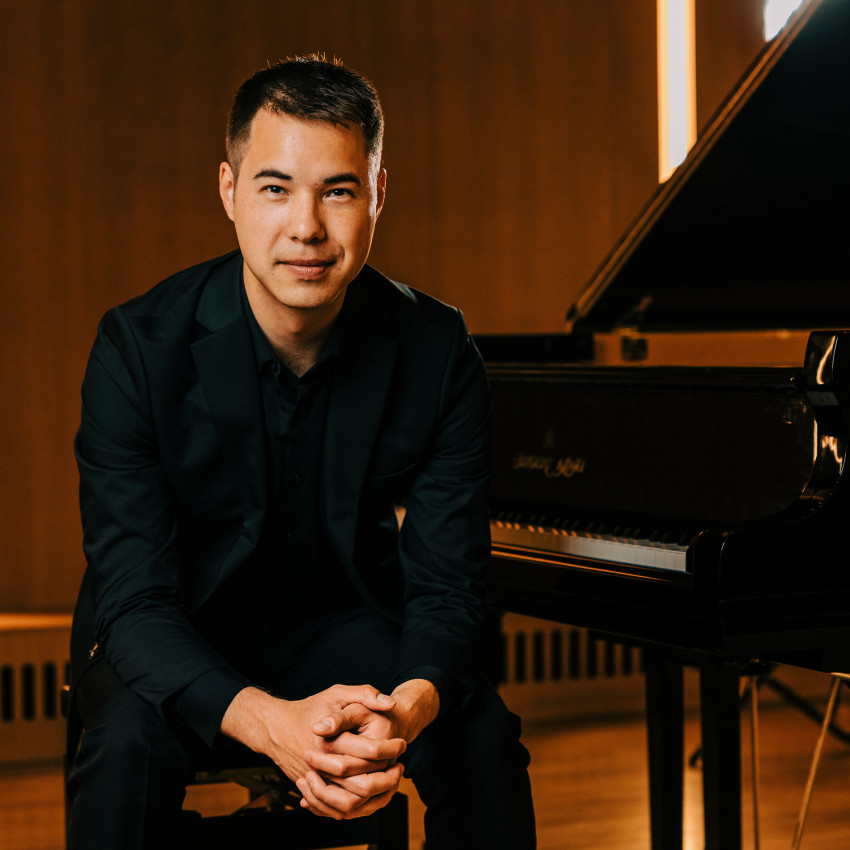 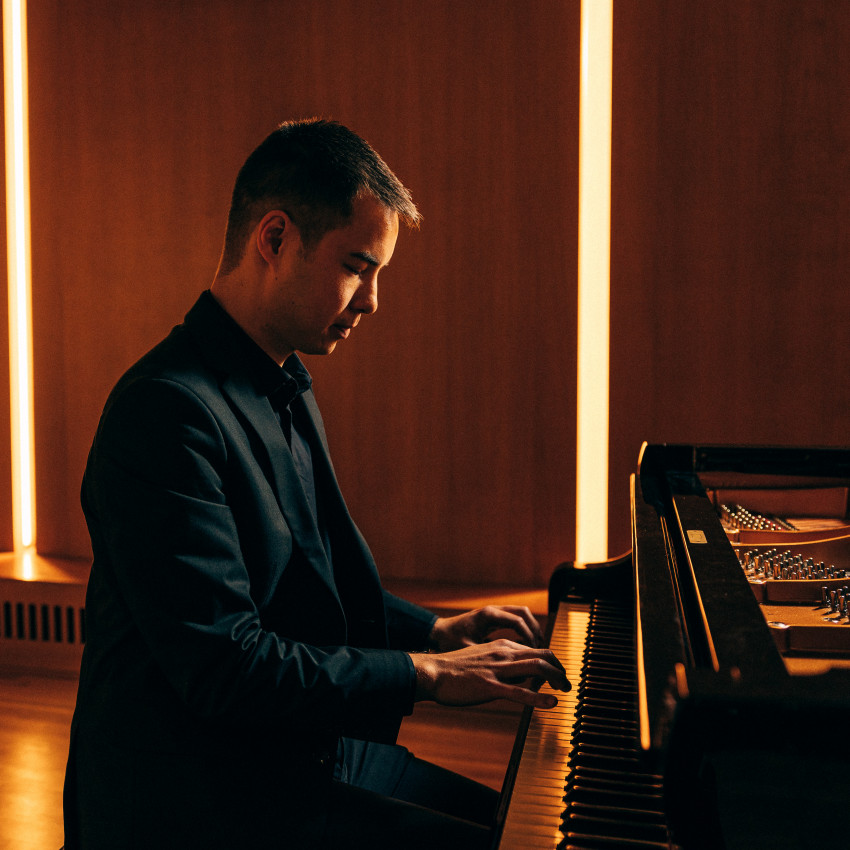 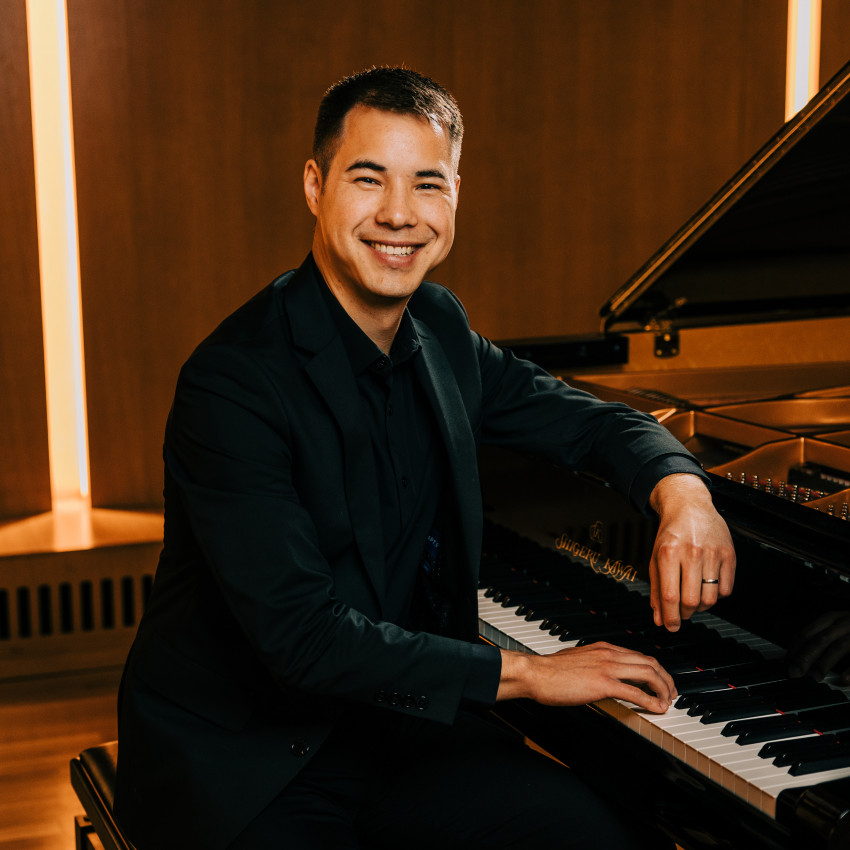 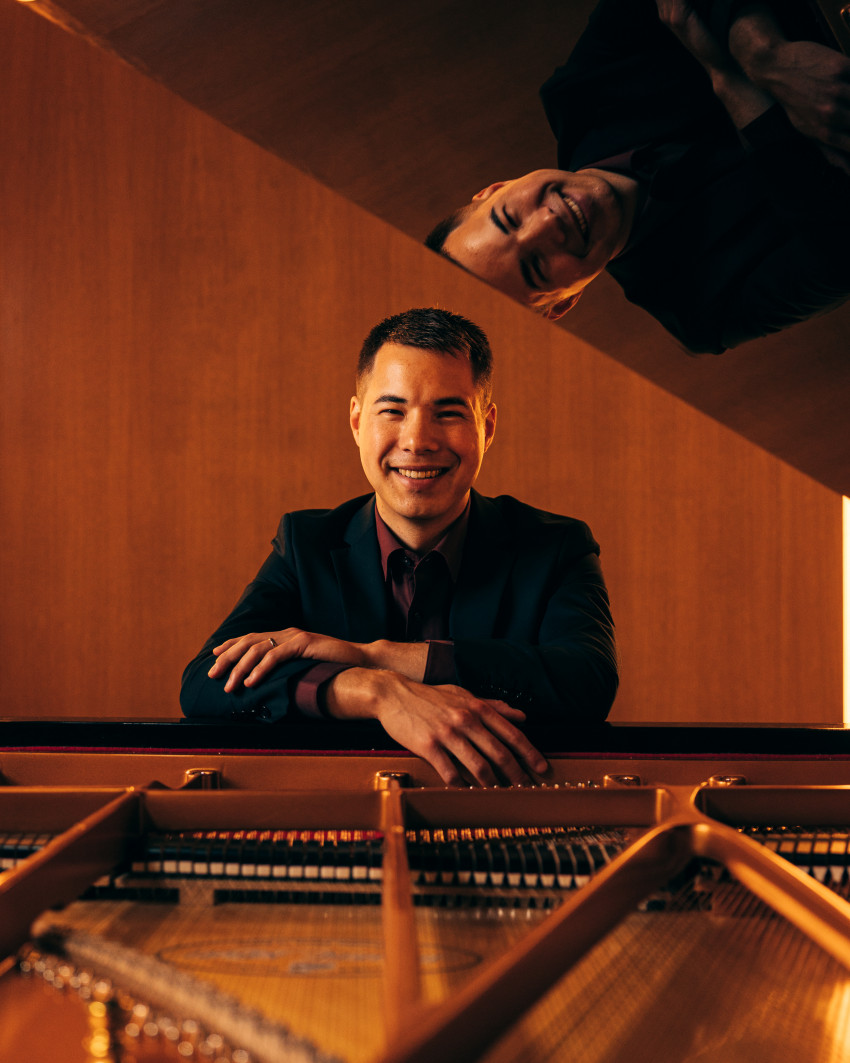 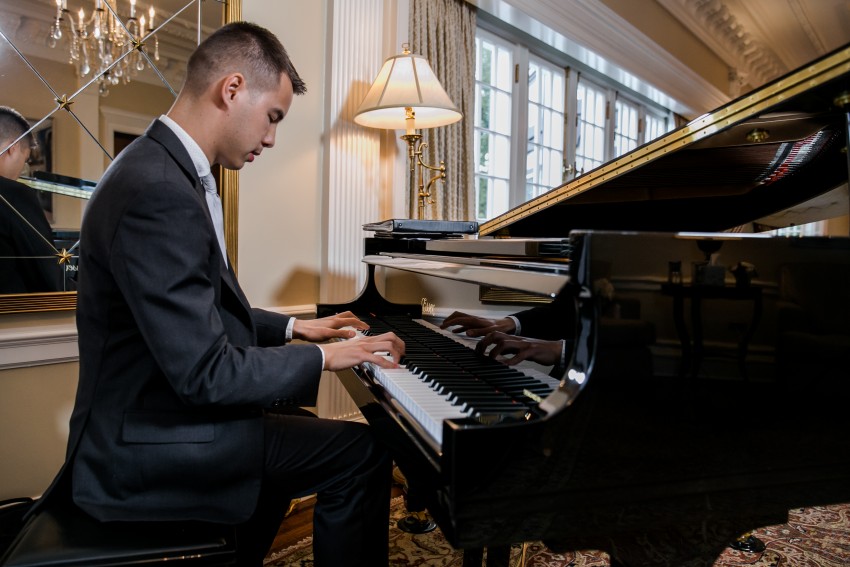 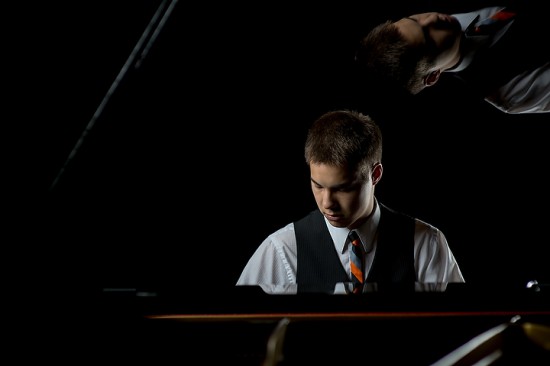 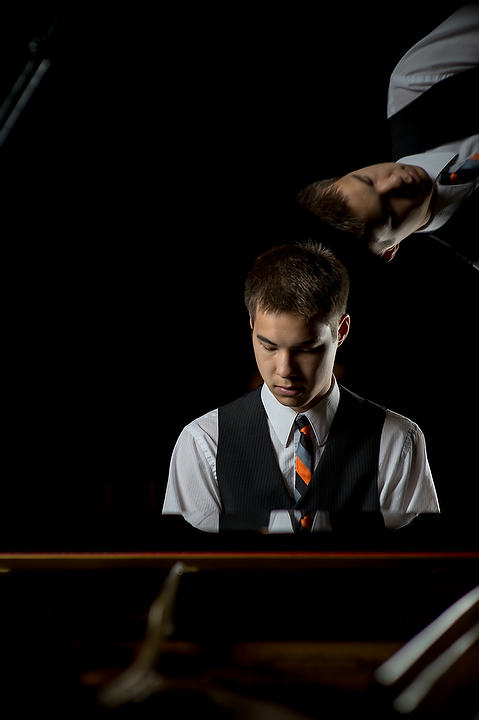 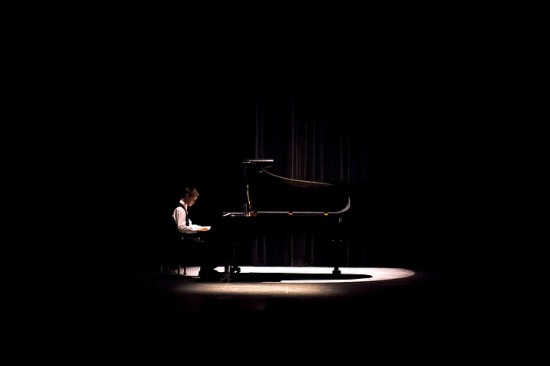 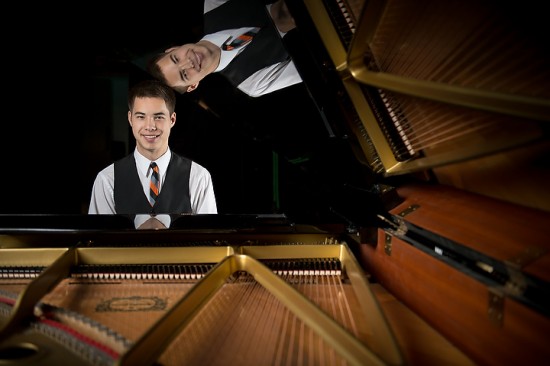 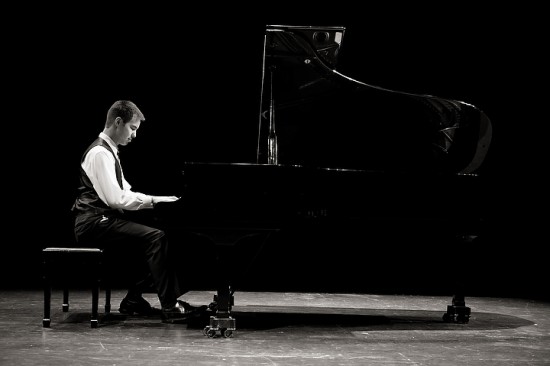 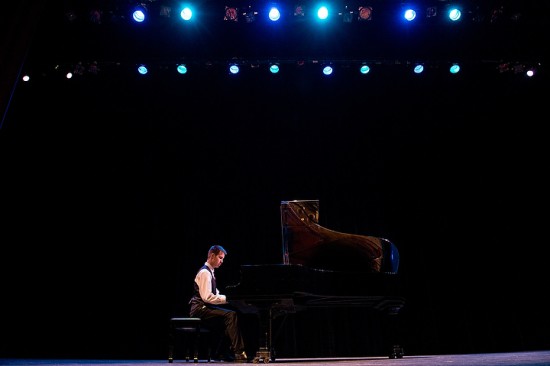 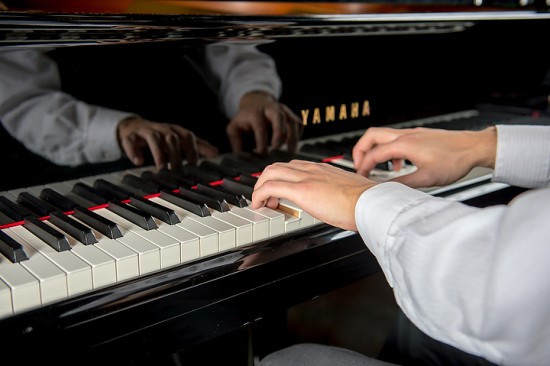 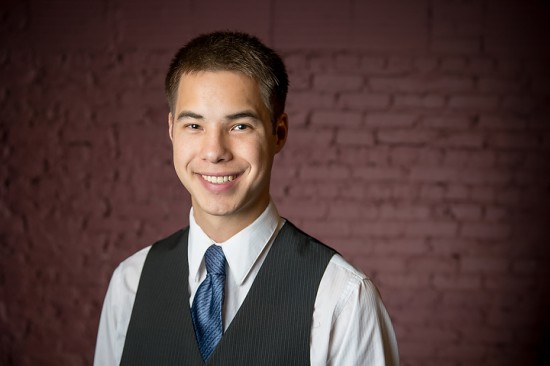 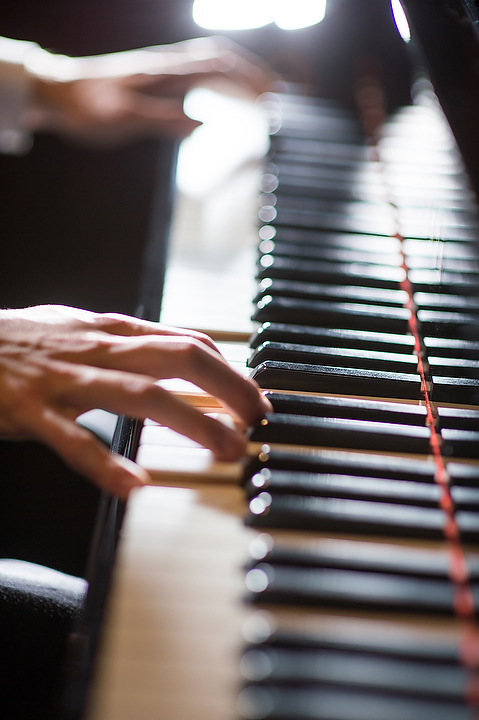 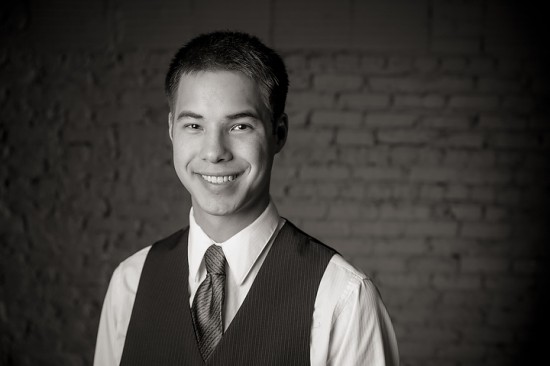 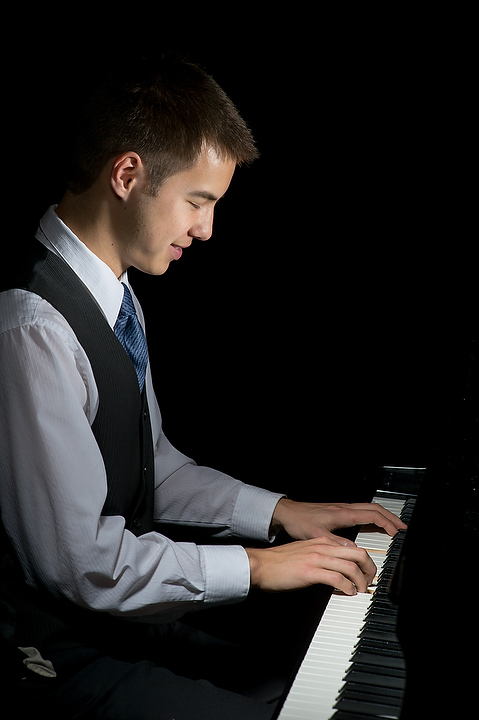 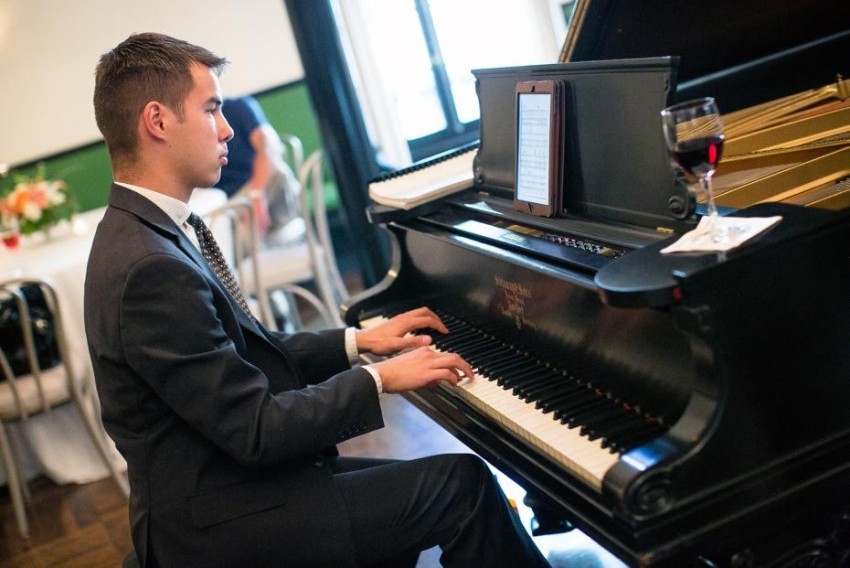 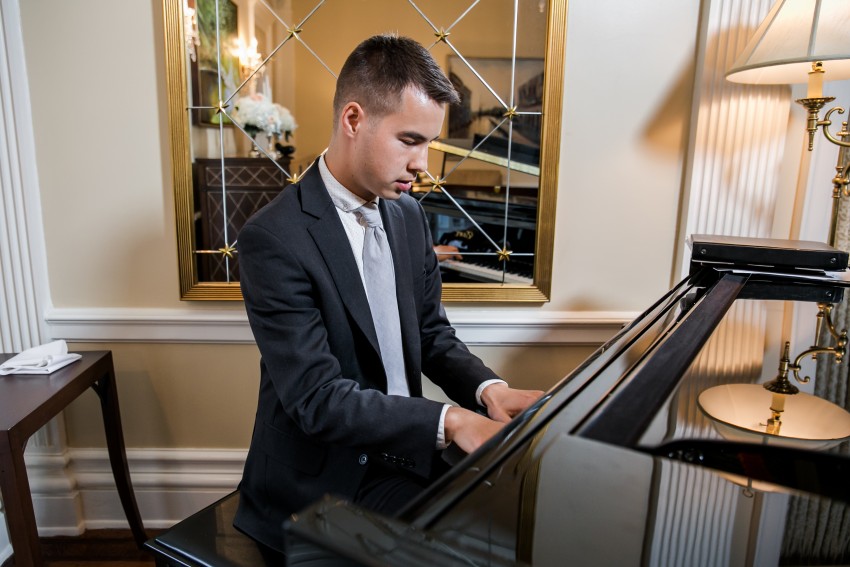 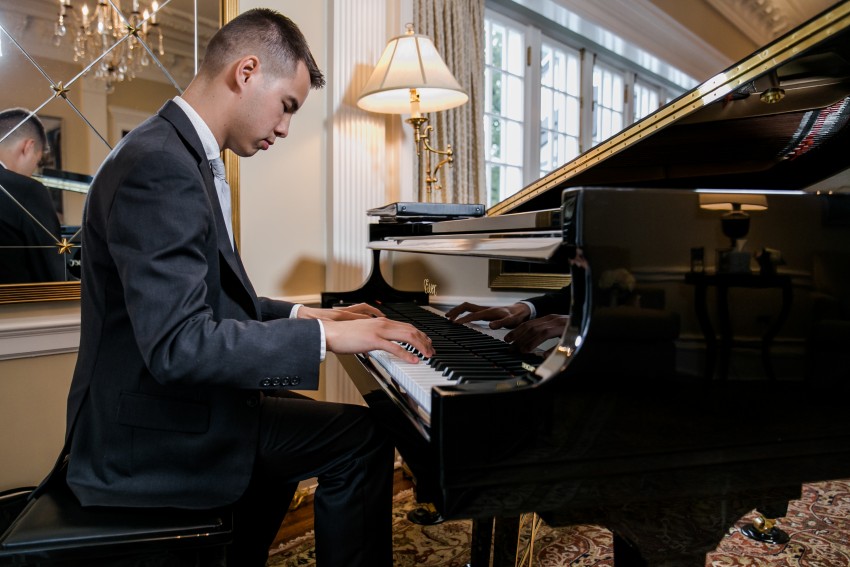 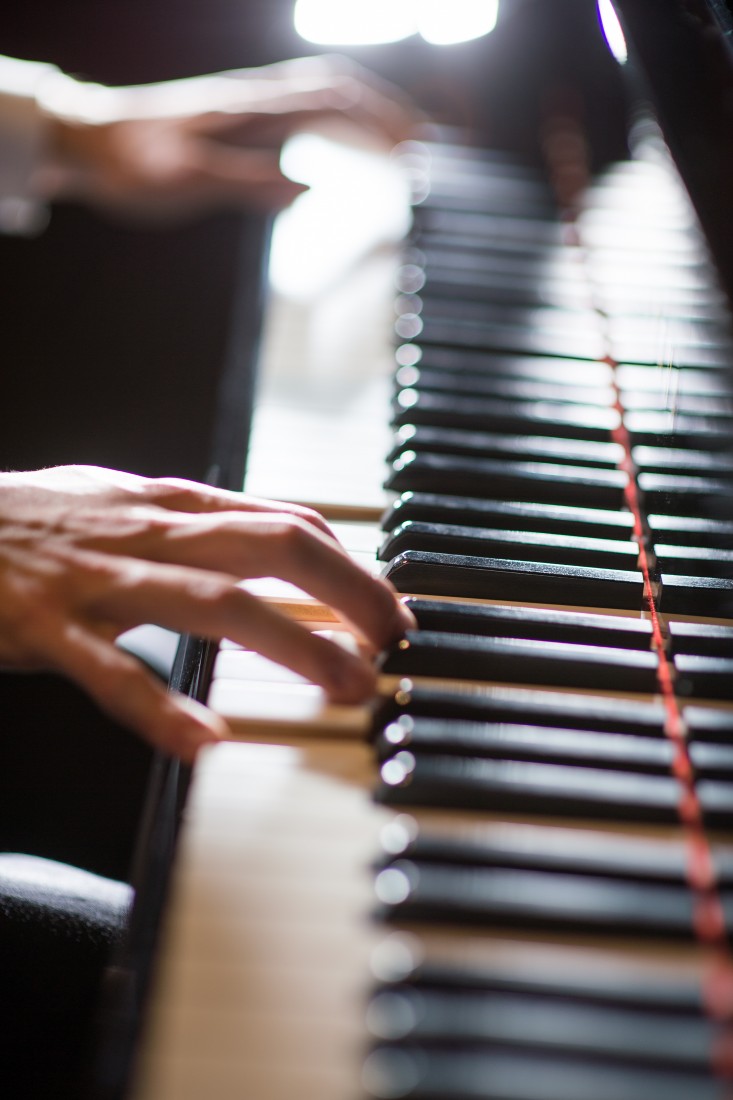 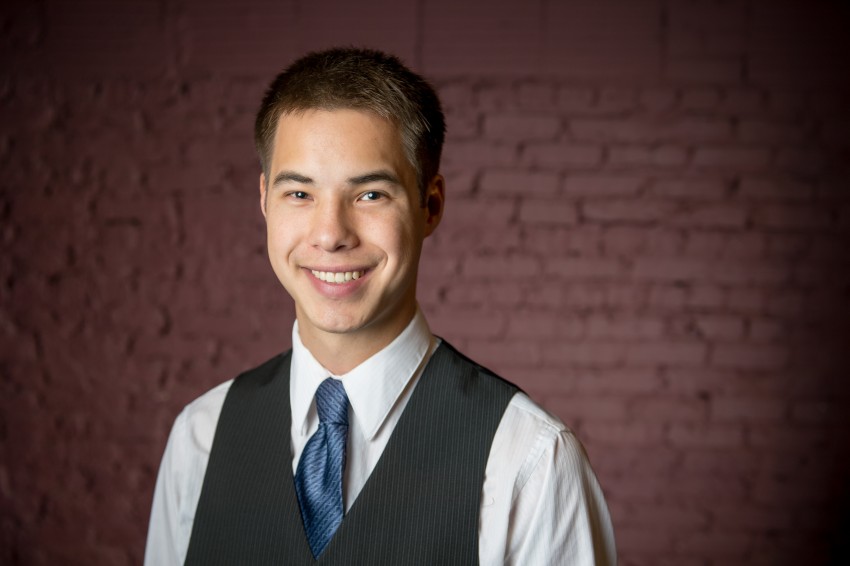 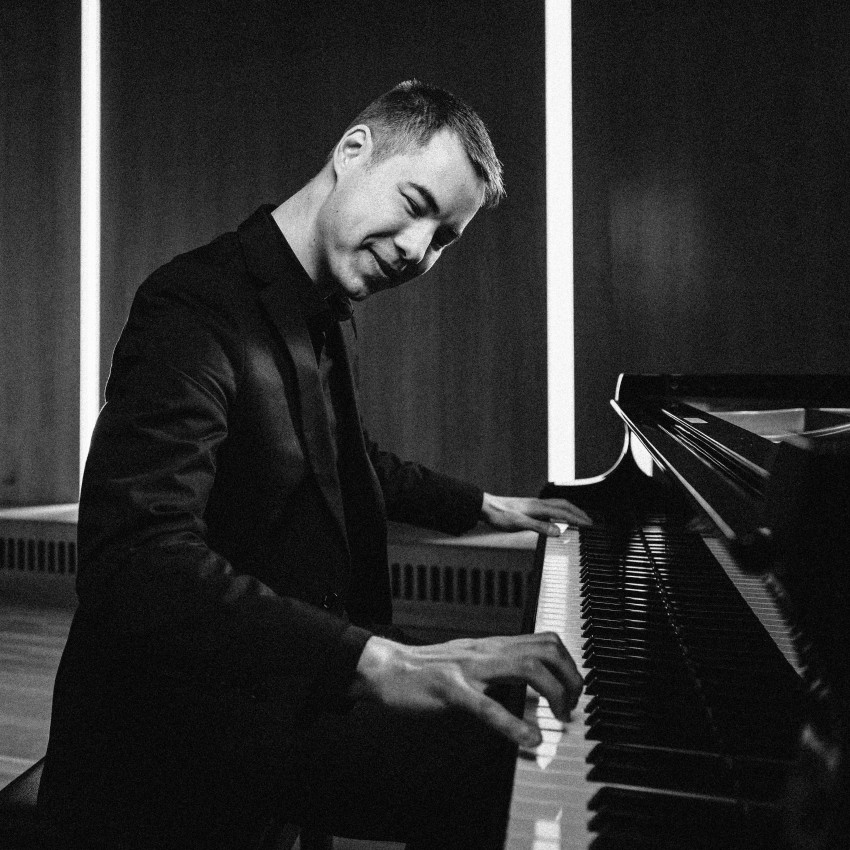 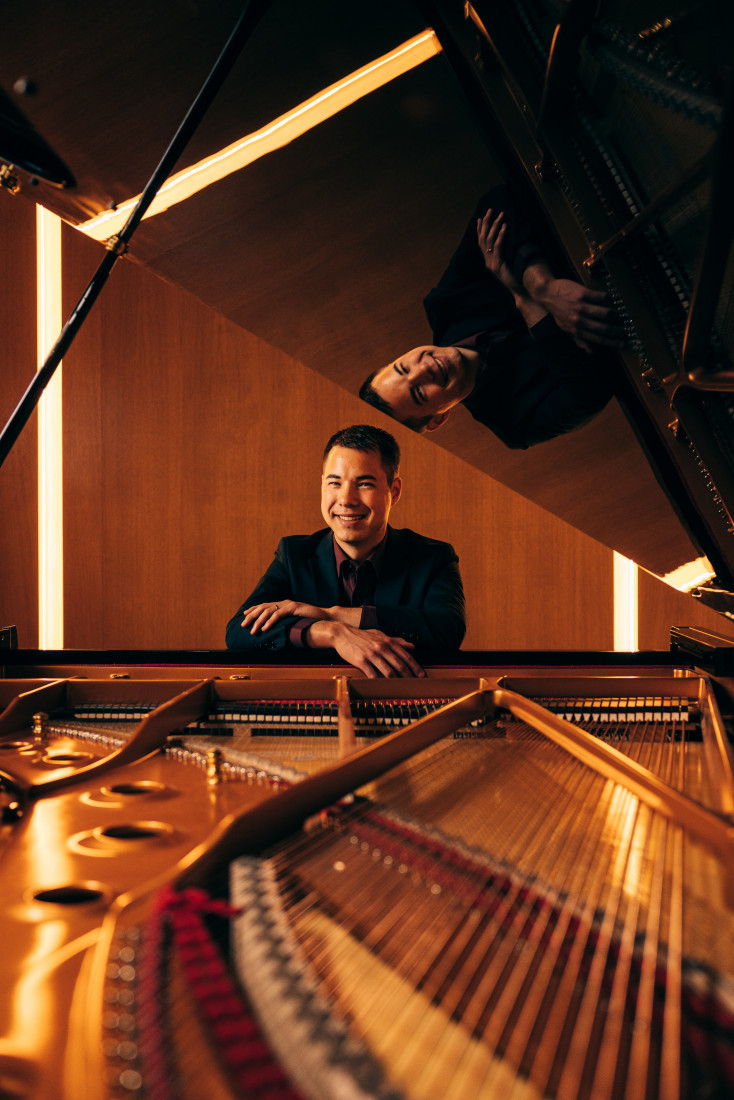 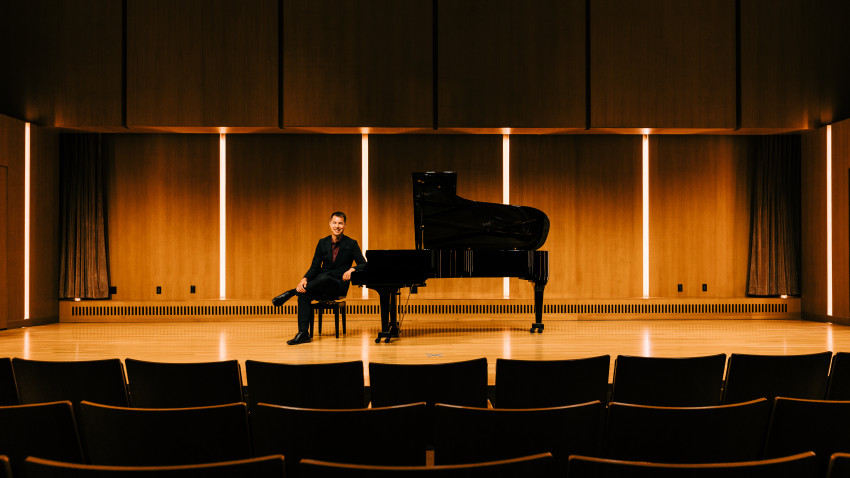 Matt Peterson is a multi award-winning jazz and classical pianist and organist living in the Chicagoland area. He plays at jazz clubs, concert halls, corporate events, weddings, receptions, dinner parties, anniversaries, and other events, working as a solo artist as well as with vocalists and jazz combos.

We were thrilled with Matt - perfect for our event. Very talented and great selection of music. Thank you!

Matt was on time, flexible, super great tunes! loved it!

Looking for a pianist? Matt Peterson is a delight!

We were searching for a pianist to play at our 55-year high school class reunion. After inquiring via Gigsalad, we received 10 offers! We selected Matt due to his extensive experiences snd he just seemed a good fit. We were right!! Matt arrived on time and played our requests — a combination of classical and hit tunes from the ‘60s and 70s. We were delighted with Matt and highly recommend him. And… he’s a really nice guy! Working with Gigsalad was also a delight… every step of the way.

Hi Paula - thank you for your review! Was great meeting you and everyone else - was a pleasure to play for your class reunion!

Matt is talented and professional!
He played the music for my wedding and everything was perfect! For the hymns, I asked him to perform with a vocalist. Even though they had never performed together before, it went great! I think this is because Matt provides recordings of the requested songs weeks before the event. He can also play songs in any key!
If you want someone who will handle everything perfectly, book Matt!

Thank you Elena! It was a pleasure playing for your wedding!

Matt was awesome. On time, needed minimal time to get all set. Very nice gentleman. He played all the pieces I requested and overall. Just really set a great mood for our wedding ceremony and cocktail hour. He's professional, courteous. Would highly recommend him to anyone looking for a great pianist.

Matt is a very talented musician. He accompanied my daughter's vocal audition perfectly. He is very responsive and timely. Highly recommend!

Super talented, Professional and so nice!

Best decision I could have made to contract with Matt for our daughter’s brunch wedding! From the beginning, he helped me navigate the process and make decisions. His talent is unmatched - nothing he can’t play! When it came to the wedding day, I never had to think once about this aspect because I knew he had everything under control! That is priceless!! 🙌🏻

Matt did an amazing job. He played some really fun and newer age songs for our cocktail hour. Everyone was very impressed and delighted to hear such fun songs coming from one person/ instrument.

Matt was not just good, he was great, he played welcome music for our ceremony and then processional music as my wife came into the church and then exit music as people were leaving! He exceeded all our expectations and was so affordable, I would highly recommend you book him for your wedding, he can play classics to today’s hits, I’m not usually one to leave reviews but Matt’s performance definitely deserves 5 stars, he even offered to continue playing past his time to make sure I was satisfied! Thanks so much Matt!!

Thanks so much JC and congratulations!

Matt played for the piano beautifully as guests entered the venue for my daughters wedding. He continued all through the cocktail hour. At my daughter and son in law’s requests, he played up beat classical music. It was festive and perfect. Thank you for doing such a fabulous job.
~Colleen

Thank you so much, Colleen!

Thank you for your feedback Lori.

Matt's piano speaks with such emotion it stirs the soul.

We went back to the church we were married in to renew our vows for our Golden Anniversary. The church organist was not available but we heard Gigsalad was a good source and found Matt Peterson, and so much easier than all the searching we did for our daughters wedding. We thought the organ and piano were available, but found the organ had a problem, and through it all and other issues, Matt was cool, calm, collected and accommodating. Most of all he is a professional with incredible talent. We did not have a soloist but Matt's piano playing spoke every word. Five stars are not enough for this musical genius. I would hire him in a heartbeat.

Matt was absolutely perfect and created the perfect atmosphere for our wedding. He arrived early, played everything we hoped for, and his music is SO BEAUTIFUL! He was also a delight to work with. We couldn't be happier. Thank you Matt!

Matt is a very talented pianist as well as extremely professional and prompt. I highly recommend Matt!

Matt did a great job at our Holiday Party.
He brought his own keyboard with great sound.The guests enjoyed his choices of music with holiday mixed in.
We would hire Matt again in the future.

Matt played all tunes I listed up in advance, and played all 5 or 6 requests of my guests without hesitation and with excellent technique. I enjoyed good conversation with Matt, who has a very nice and friendly personality. My guests are all satisfied with a very pleasant dinner with piano.

Matt Peterson gave our kids great performance! All of them are beginners, but they had nice experience listening to the classic music and talking with him. It was joyful and interesting evening for all of us. We are definately invite him next year.

had Matt for my daughters birthday party along with 3 other performers. my guests loved his music. per my request he played mostly classical, although he did some requests for my guests of pop songs. everyone is still talking about how awesome he was. I am envious of his mastery of the keyboard. would definitely hire him again. prompt and on time and a pleasure to deal with. would highly recommend.

I strive for the utmost in professionalism, class, and showmanship in my performances. I cater my song selection to the mood and atmosphere of the event and am always willing to take requests from guests.

Multi-award-winning pianist Matt Peterson possesses a mastery of classical, jazz, pop, R&b, and soul. From Chopin to Frank Sinatra to Billy Joel to Stevie Wonder, Matt brings a special attention to detail and creative flair to everything he performs. He possesses a unique enthusiasm and professionalism and his encyclopedic repertoire allows him to meet the specific needs of each event and take song requests.

Matt has a Bachelor's Degree in Classical Piano from Wheaton College and a Masters Degree in Jazz Piano from Indiana University's Jacobs School of Music, where he studied under the Artistic Excellence Scholarship. He is the overall winner of the Ben Heppner Concerto Competition with Gershwin's Concerto in F.

At Indiana University, Matt studied with David Baker, Luke Gillespie, Steve Houghton, and others, and played in the Brent Wallarab Jazz Ensemble, the top jazz ensemble at the school. In 2013, he was invited with to perform at the Monterey Jazz Festival.

In addition to extensive classical and jazz performance experience, he has played for musical theater productions and film scores, as well as for weddings, corporate events, private parties, and receptions. Matt has played regularly at venues and restaurants in Seattle, Chicago, and Bloomington, and Los Angeles. In the summer of 2013, he played piano in the All-American Band at Disneyland under Ron McCurdy, where he played with jazz luminaries such as Gordon Goodwin, Gregg Field, Peter Erskine, Willie Murillo, John Clayton, and Wycliffe Gordon.

He currently performs with the Joffrey Ballet Company in Chicago for rehearsals, classes, and shows, where he collaborates with some of the top dancers in the country.

He currently lives in the greater Chicagoland IL area where he is an in-demand performer and educator.

He looks forward greatly to working with you!

I have my own full 88-key, weighted, Korg Triton LE keyboard and amplifier for gigs that do not have a piano on location.

Below is a sampling of some of my favorite pieces of music to play. My full repertoire list contains over 3000 tunes in jazz, classical, pop, rock, Latin, R&B and soul styles. Please e-mail me if you would like to see the full list.

Contemporary pop:
Leave the Door Open (Bruno Mars)
That's What I Like (Bruno Mars)
Adore You (Harry Styles)
Sucker (Jonas Brothers)
You are the Best Thing (Ray Lamontagne)
If I Ain't Got You (Alicia Keys)
Shape of You (Ed Sheeran)
Don't Stop Now (Dua Lipa)
I'm Yours (Jason Mraz)
Easy on Me (Adele)
My Universe (Coldplay/BTS)
Best Part (Daniel Caesar)