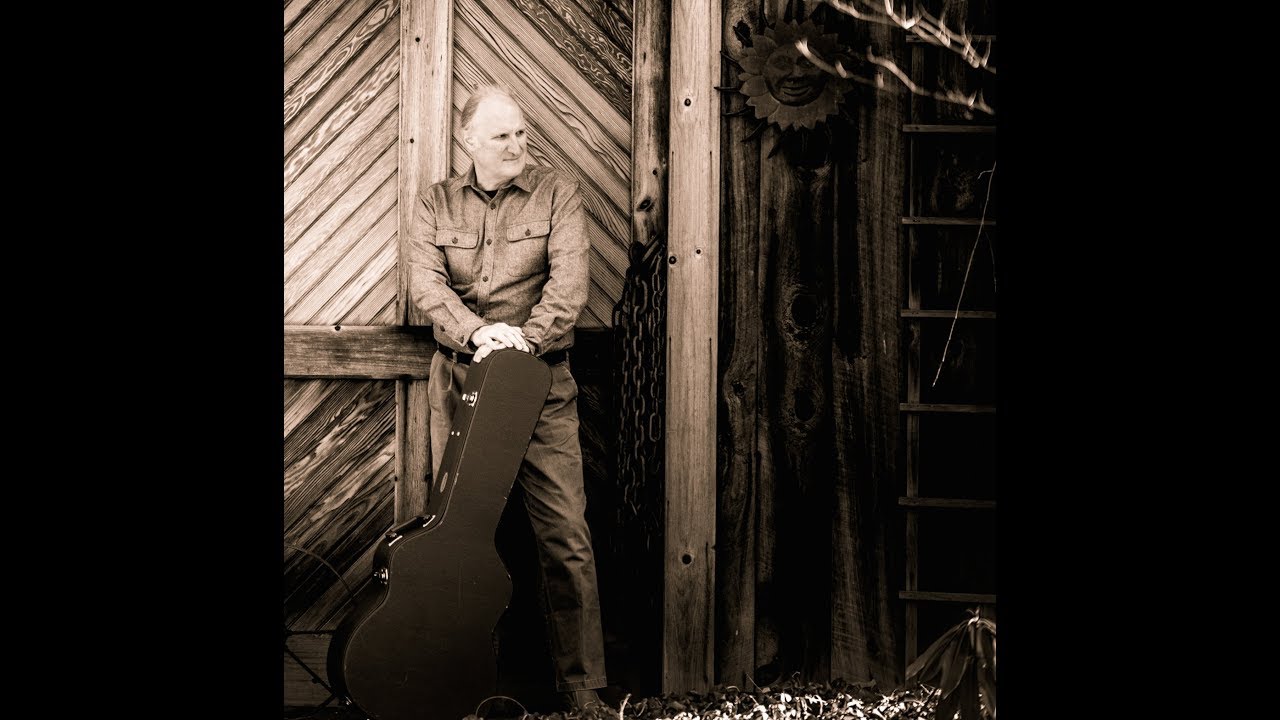 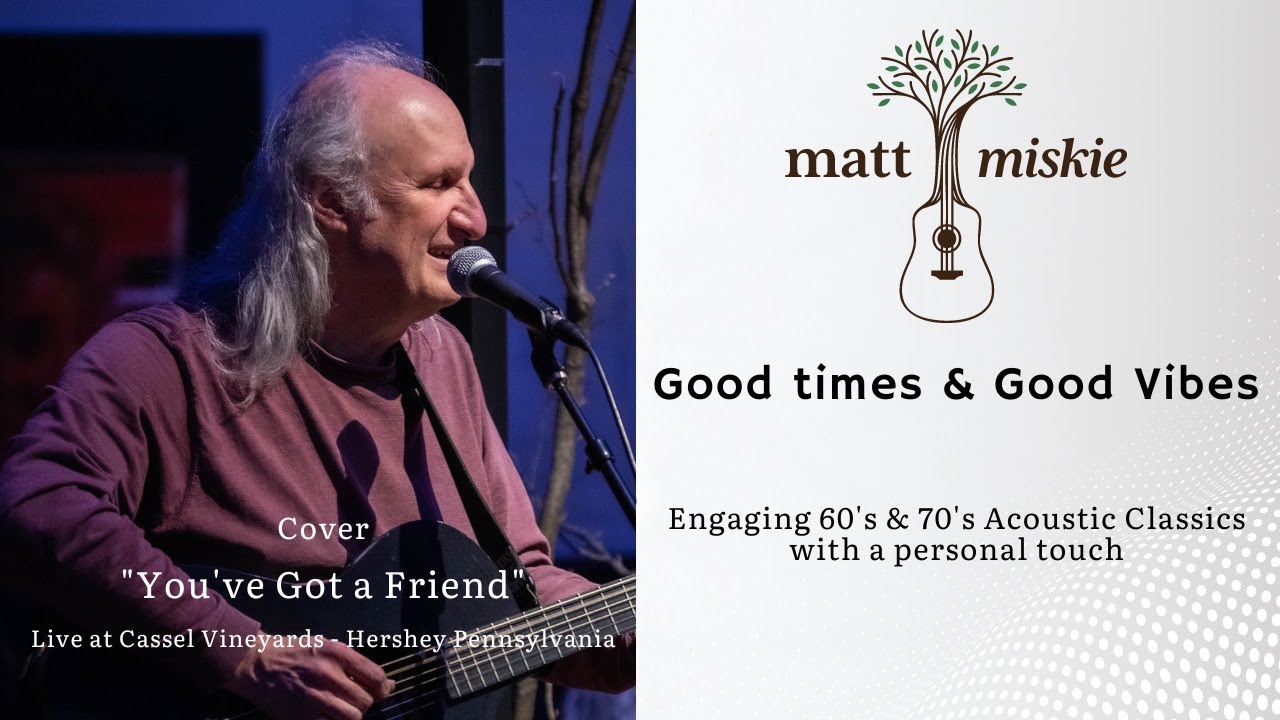 You've Got a Friend Live 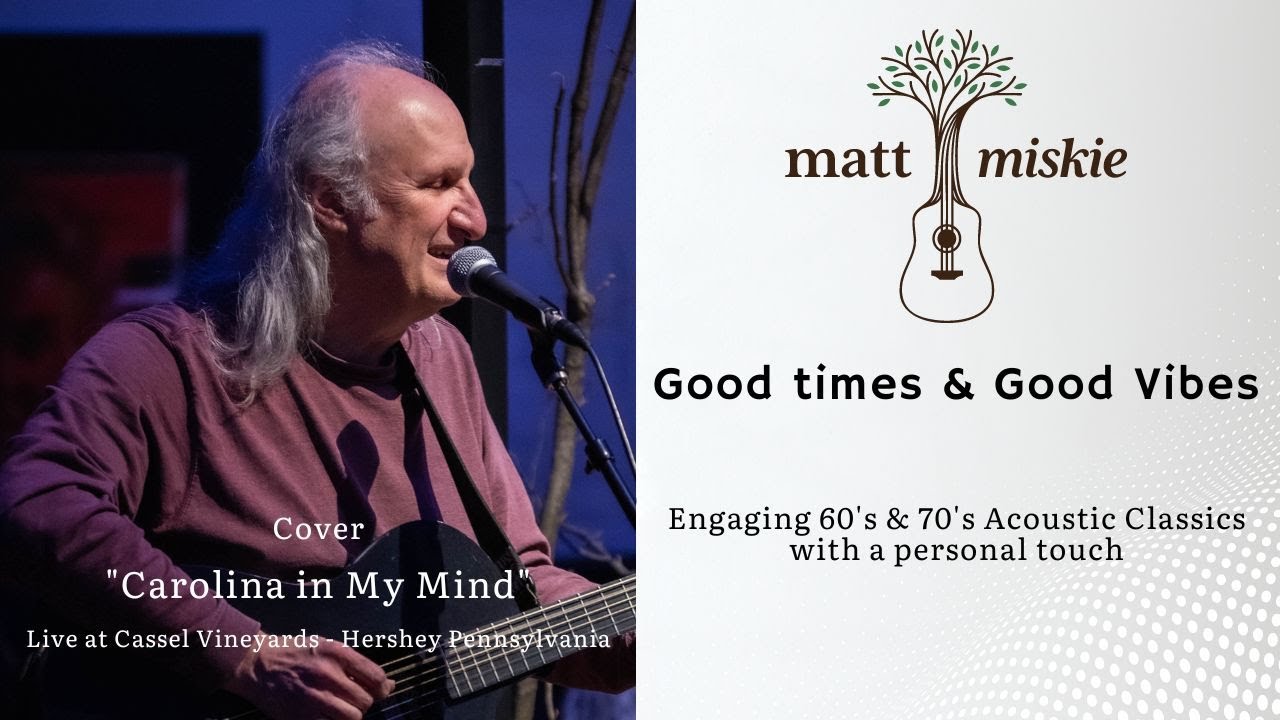 Carolina in My Mind Live 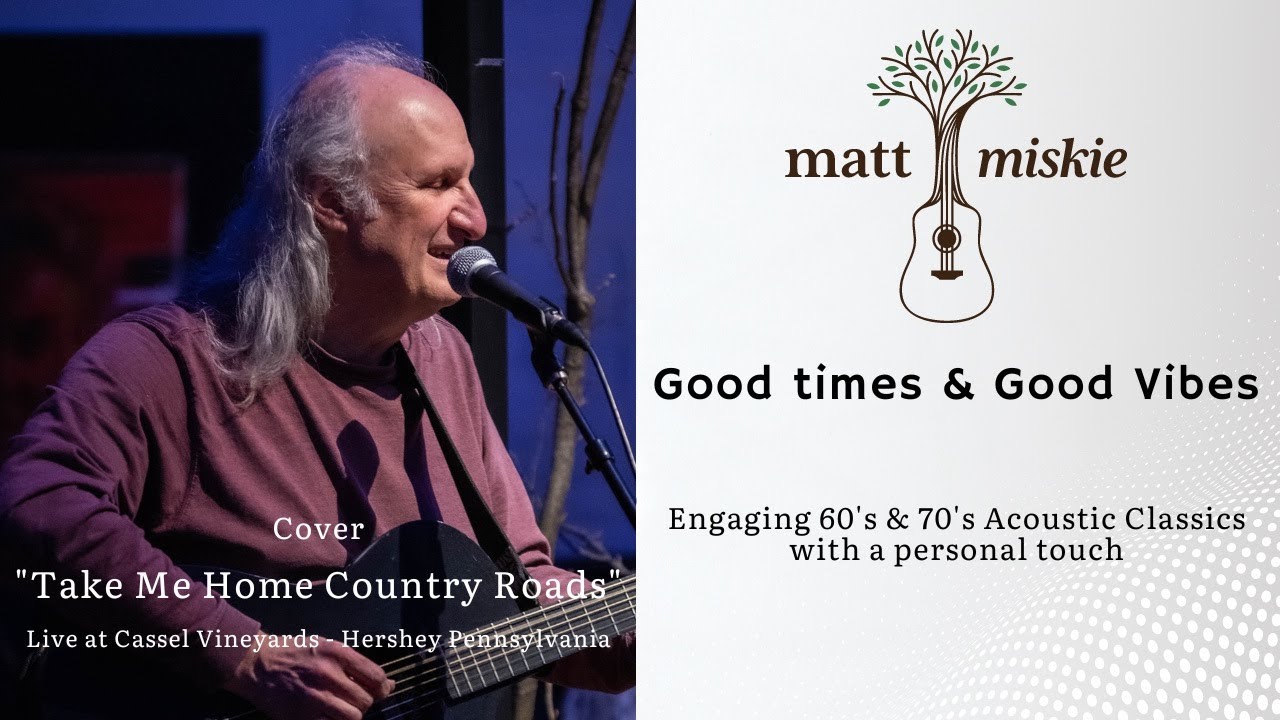 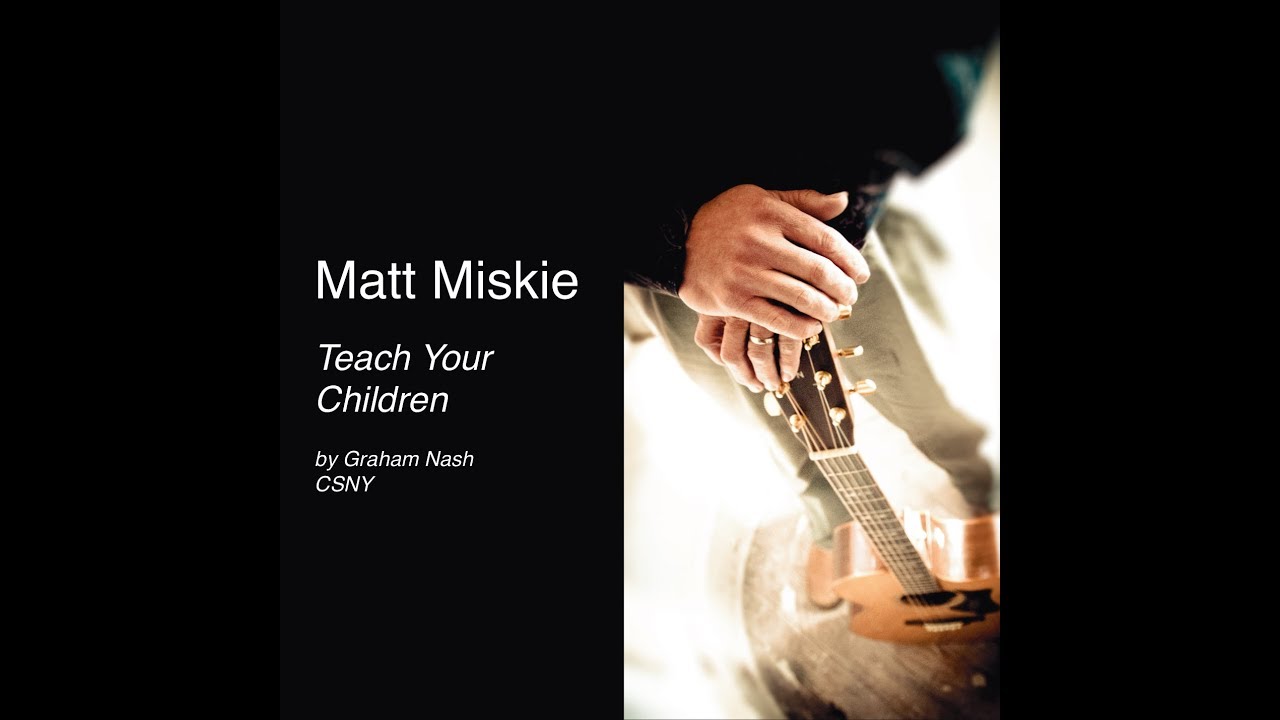 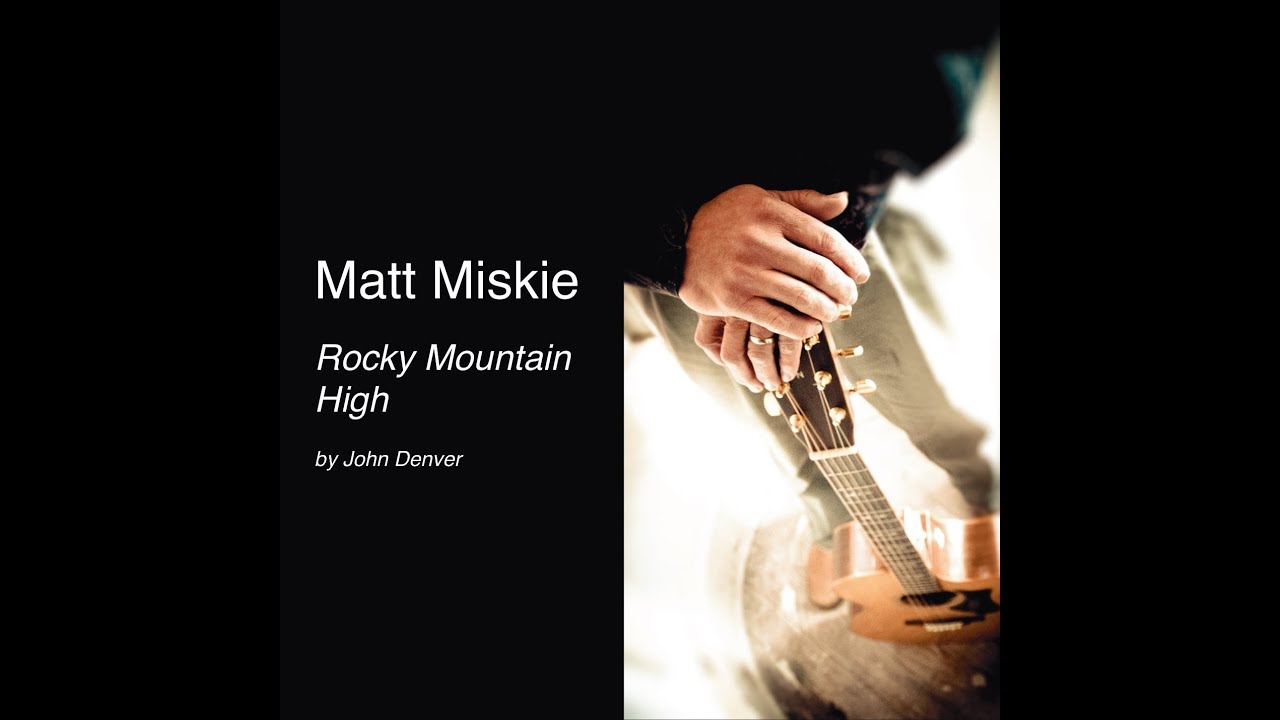 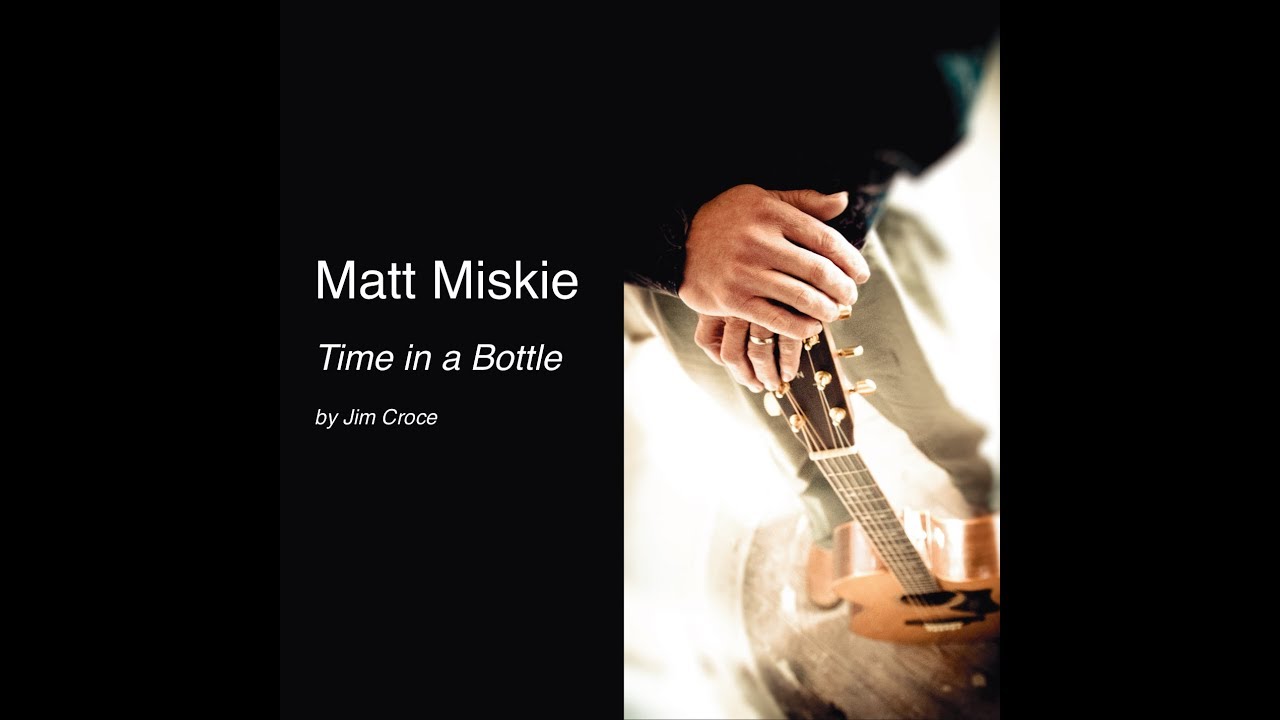 Time In A Bottle - Jim Croce

Time In A Bottle
Jim Croce 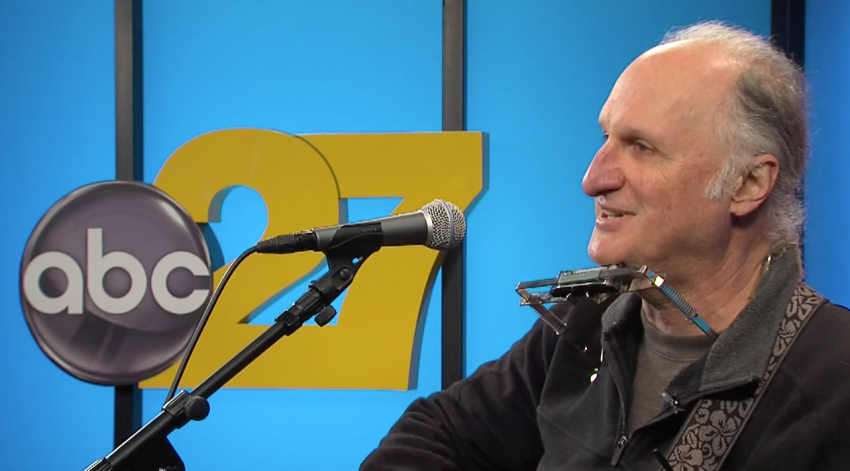 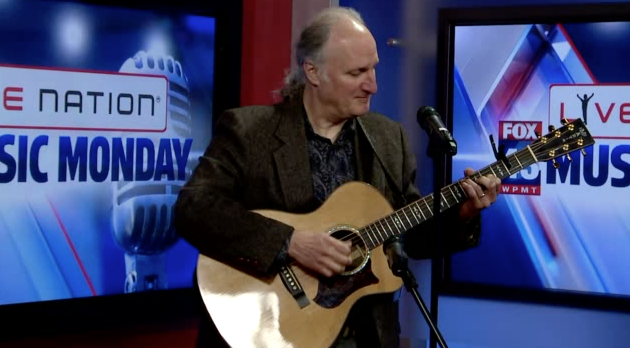 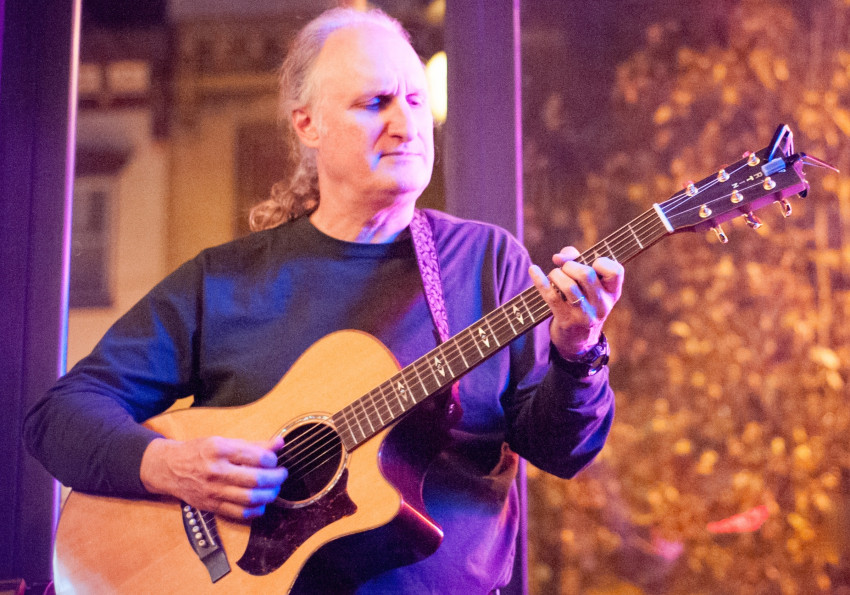 So nice, so accommodating, and just an all-around pleasant and personable man. He made my parents anniversary party 10 times better than I imagined it could be. Thank you again Matt; you are wonderful, great tunes and great time because of it.

We've booked this guy 4 years in a row!

Matt is a great performer. He shows up on time, delivers a great set of awesome covers and well written originals. We've had him at the "Haycreek Festival at Joanna Furnace" in Morgantown, for 4 years in a row now, and have him booked already for next year for this event. We never fail to get compliments from people for having him back. His performance is easy to listen to and relate to, and his style is timeless, appealing to young and old alike.

Wonderful performance by Matt. Our seniors just loved it.

The Annual Pennsylvania Firefly Festival has had the privilege and benefit of Matt's talent and generosity for 2 years. He consistently delivers an entertaining and engaging show. He uses his musical talents to revive the old standard folk/rock covers, and yet his originals seem like old favorites.

The hit of the party!

My guests absolutely loved Matt and his music! Everyone enjoyed getting up to dance as well! He was perfect for our parent's 50th anniversary! He even took requests and played their favorite Elvis love songs!

Matt has sung for us at the Historic Old Annville Day for the past two years and I recommend him highly. His repertoire is vast and varied, including some of his own compositions. And, his arrangements of popular covers make you want to listen like you’re hearing that favorite song for the first time.

He offers that wonderful combination of business professionalism, musical ability and audience interaction we who book talent always yearn for but only sometimes get. He is prompt, he’s a joy to listen to, and he is not fazed by the little glitches that always pop up.

Matt is obviously an excellent performer, but is very flexible and a great person to work with. I'd highly recommend him in a festival setting, and as the music coordinator for our town's Fall Festival, it's always nice that I've received many kind words about Matt's performances.

Matt Miskie is a natural. He plays with a keen self-awareness revealed through both his music and his general demeanor: he is sensitive to the environment in which he plays; this speaks to honest musicianship. Matt is kind, receptive, and gentle with his music and with people. I hope to hear him again!

Miskie brought his folksy style to Duncannon, PA, delivering an interesting collection of original tunes about his love for nature, the outdoors, and his native Pennsylvania. His pleasant voice and engaging stage presence provided a fitting atmosphere for the Duncannon Appalachian Trail Community's celebration of the Appalachian Trail, that national treasure that passes through this rural Pennsylvania town.

Matt entertained for my father-in-law's 80th birthday party. I can't say enough about what a wonderful job he did. Everyone at the party has been talking about his great singing and the selection of music he played. He was very personable and we definitely would recommend him to anyone that is thinking of having him perform at a special event/occasion. We will definitely be calling him again.

We want to thank Matt for making a special day even more special. He was everything we were hoping for and more.

Matt is an engaging performer who is great with an audience. Conversant about his songs and their inspiration, he is a master storyteller and his set holds your attention. Speaking as a venue owner, Matt is a pleasure to work with. He is prompt, polite and professional. It is apparent that he cares about his craft and has put in the time to hone his considerable skills. I highly recommend him for whatever event you are considering a singer/songwriter for.

Price Range: $500 and up contingent on event, duration & travel

Matt provides songs of varying tempo, mood and texture. He switches between flat top strumming and picking to finger-style guitar.

His sets flow from song to song and his performances pack a lot of music and memories into the time allotted. Customized set list creation is offered for your event. He is engaging, easy going, friendly, and genuinely enjoys people.

Matt is a stickler for high quality sound at a comfortable and appropriate volume for your needs as determined by you and your guests. Matt will provide a quality sound system suited for your venue or event.

He is detail oriented, and a good communicator. He will arrive early and be ready to go well in advance of the start of your event. Set-up and take-down time generally only takes 20 to 30 minutes.

He is a seasoned veteran of the road, performing an average of nearly 200 performances annually. He has been a featured performer at many major arts festivals and has performed at venues and events in Pennsylvania, New York, New Jersey, Maryland, Virginia and North Carolina.

Matt's set up is high quality, yet simple to set up and take down. He will only require a single 110V grounded outlet.

No special lighting is required other than existing ambient light.

If the client is providing sound - a single microphone [Shure sm 57 or 58 preferred] on a boom stand, and a single DI will be required. A description of the in-house system will be required prior to agreement.

Matt Miskie - typical set list - song order is interchangeable and selections may be added or deleted depending on the event/venue and audience. His repertoire includes over 1,000 songs

This is just a fraction of Matt's catalogue:

For events that are providing sound reinforcement, Matt will require a single vocal mic - Shure 57, 58 or equivalent with wind screen and boom stand. One XLR line to run from his DI, and a single 110 grounded outlet.

If the event is outdoors, adequate cover is to be provided - such as an easy-up. If cover is not provided, please notify in advance so that protective gear for instruments and equipment can be brought along in the event of a weather event.