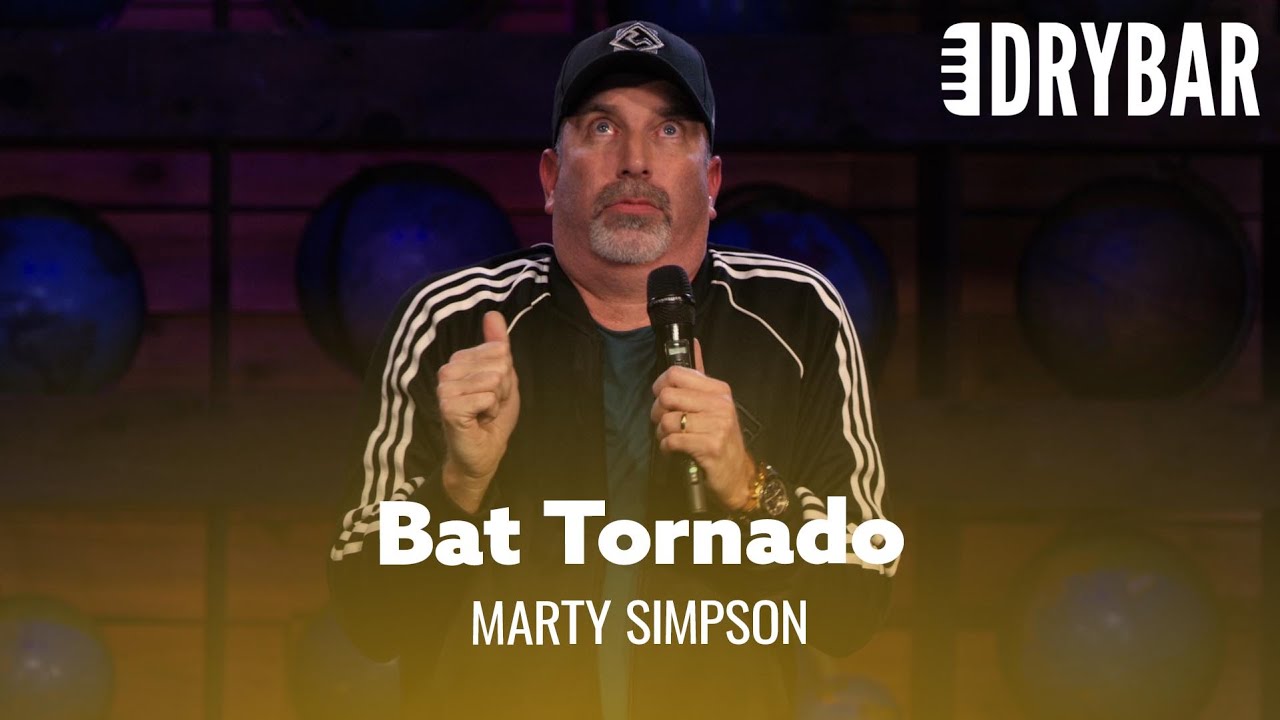 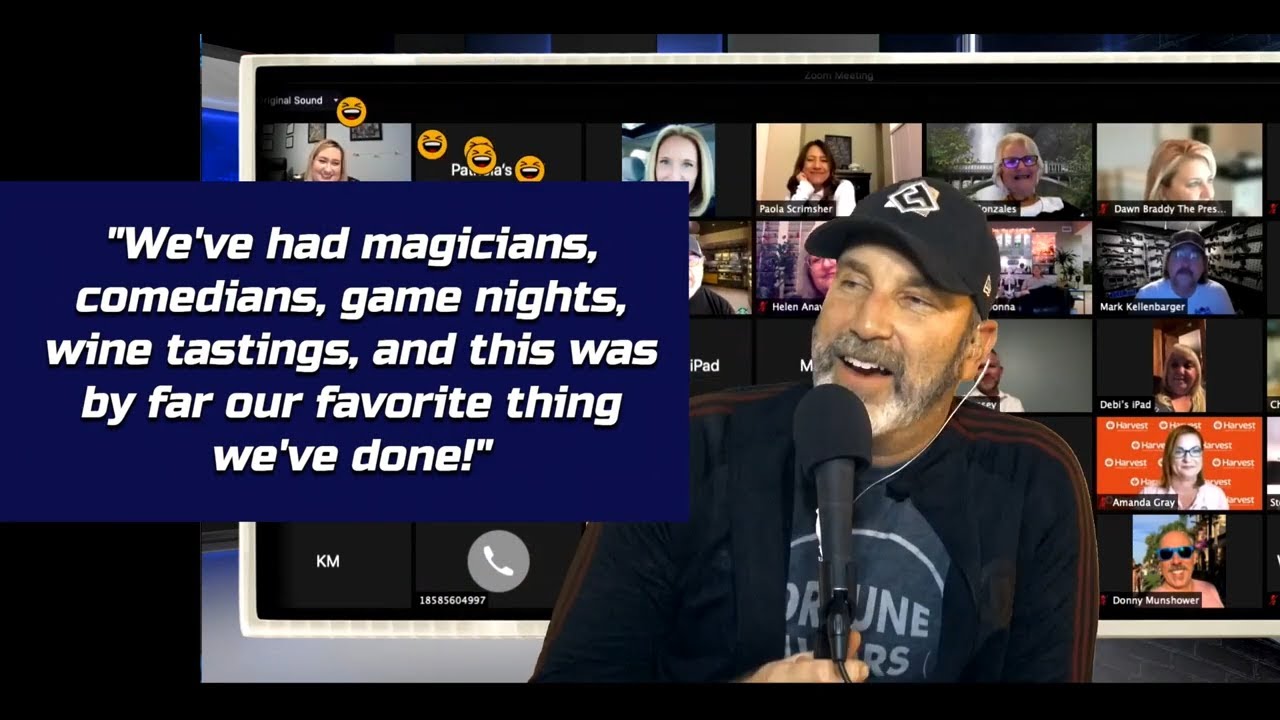 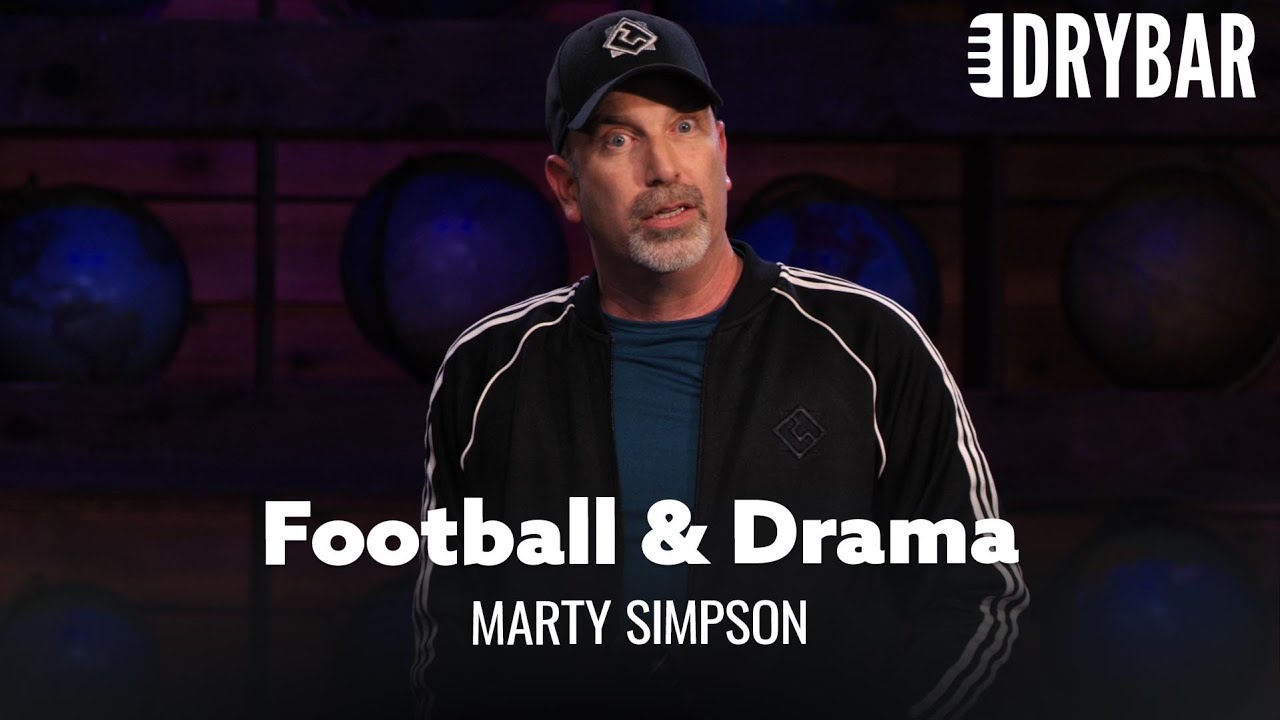 I taught Drama and was the Football Coach... 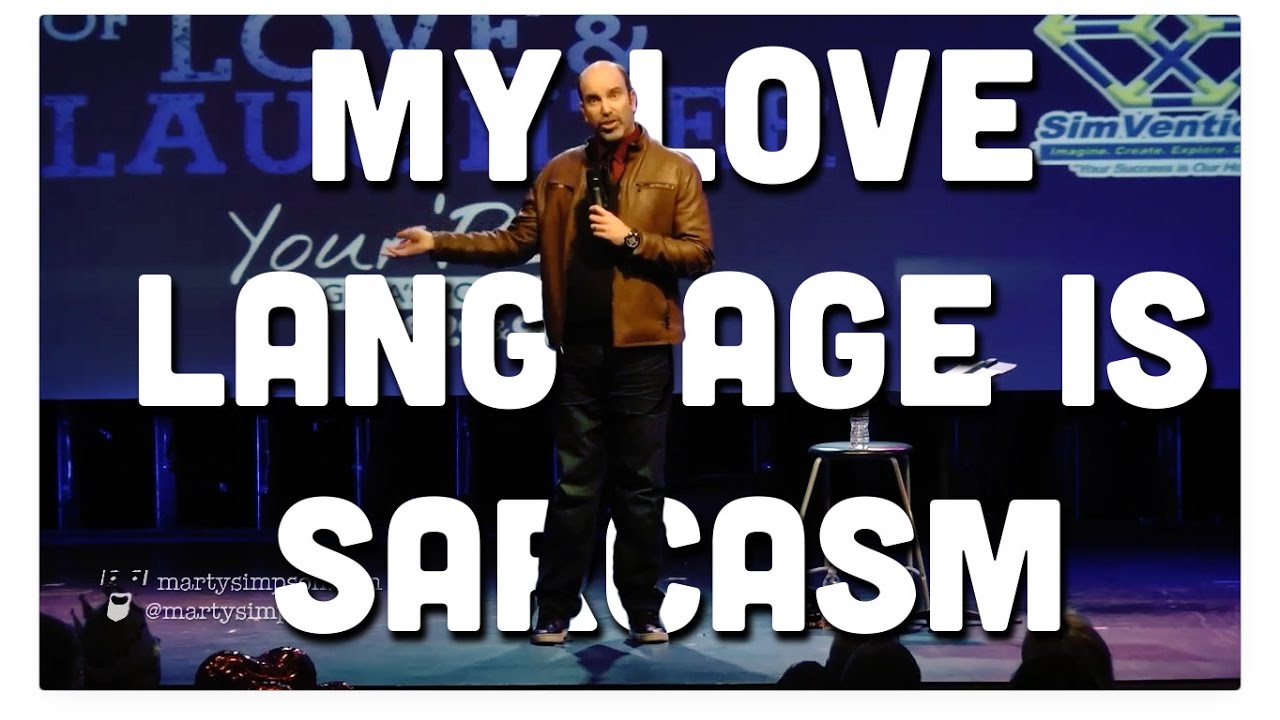 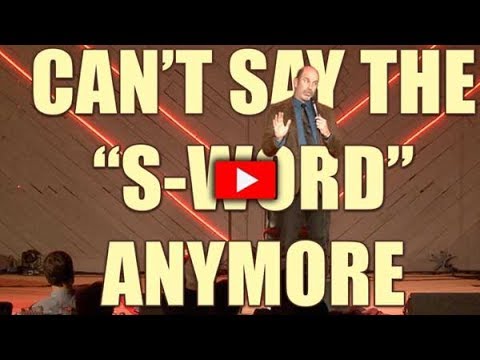 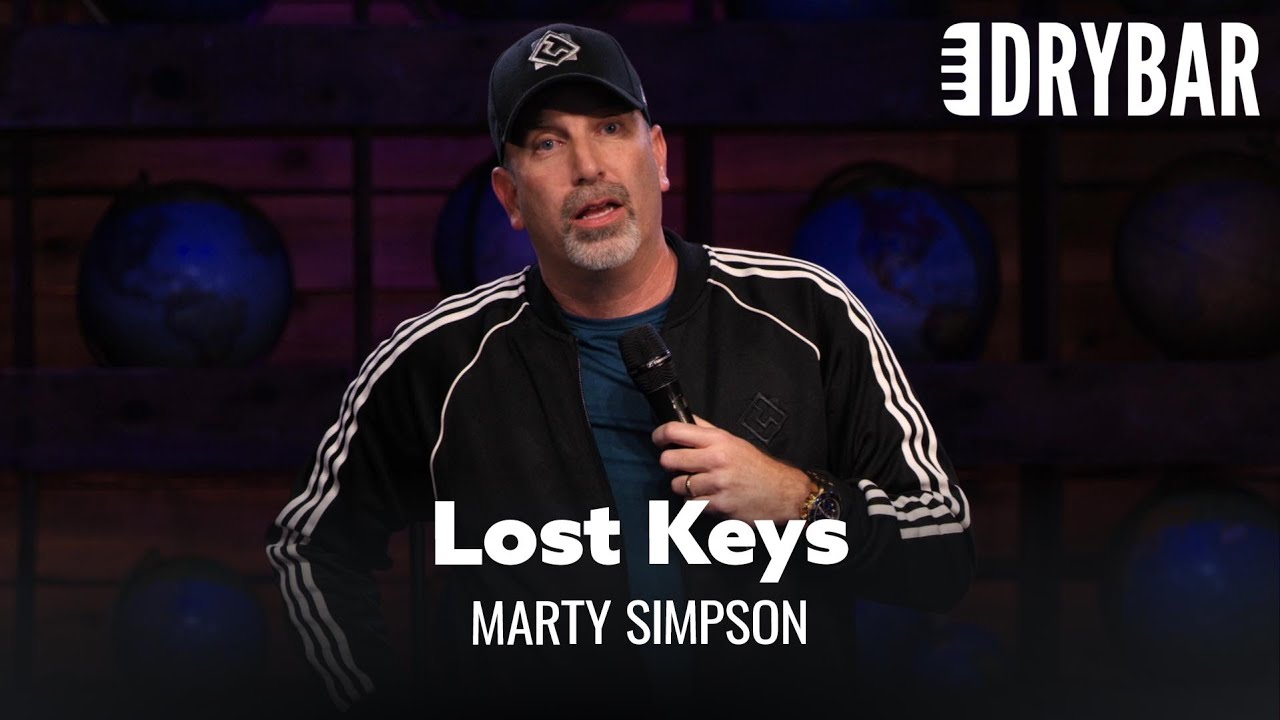 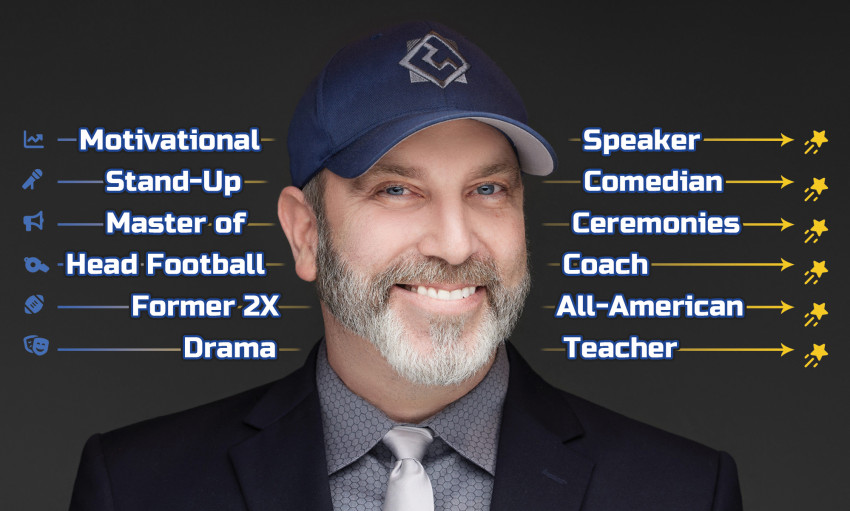 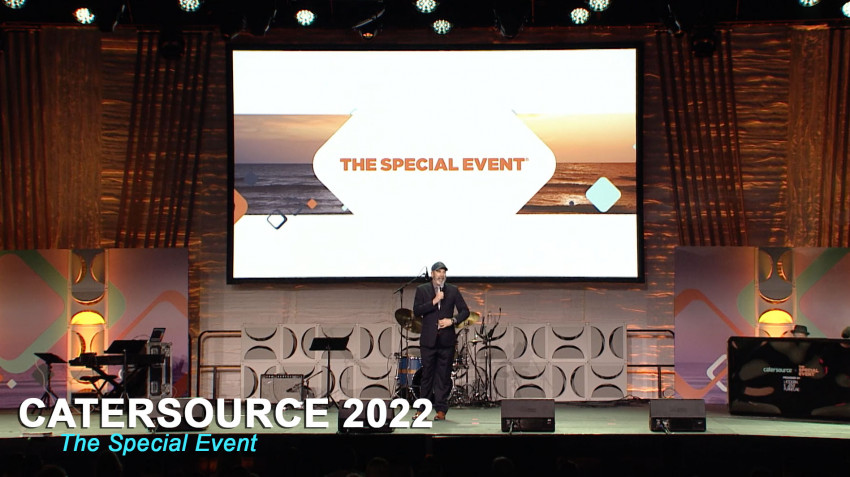 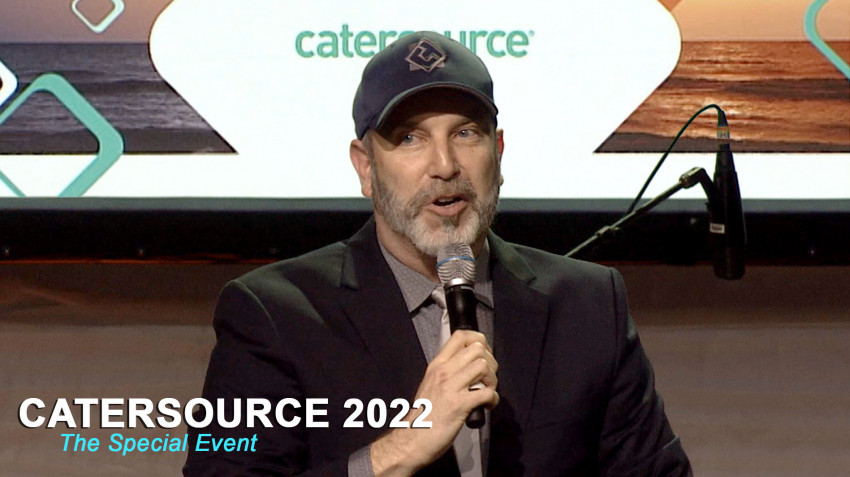 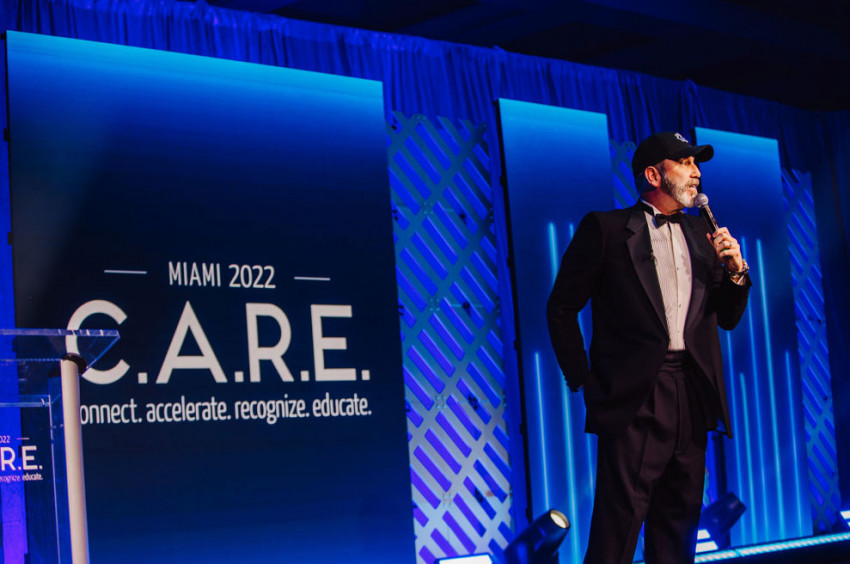 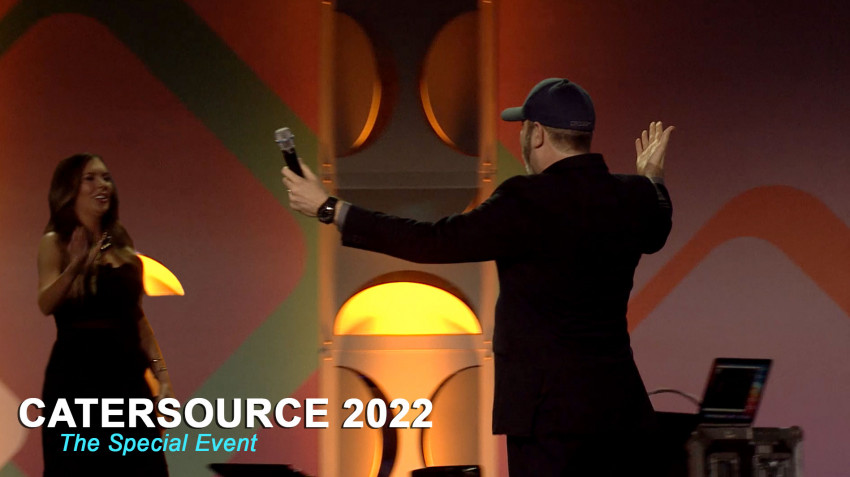 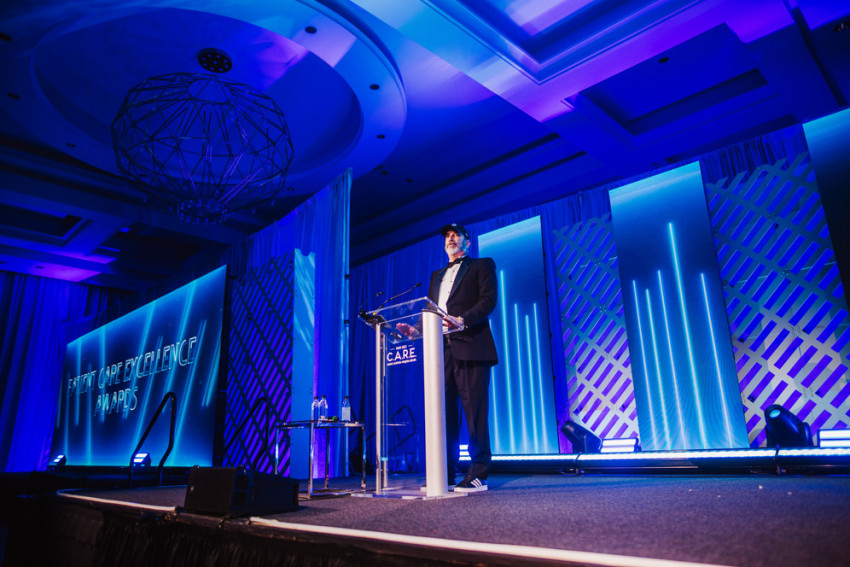 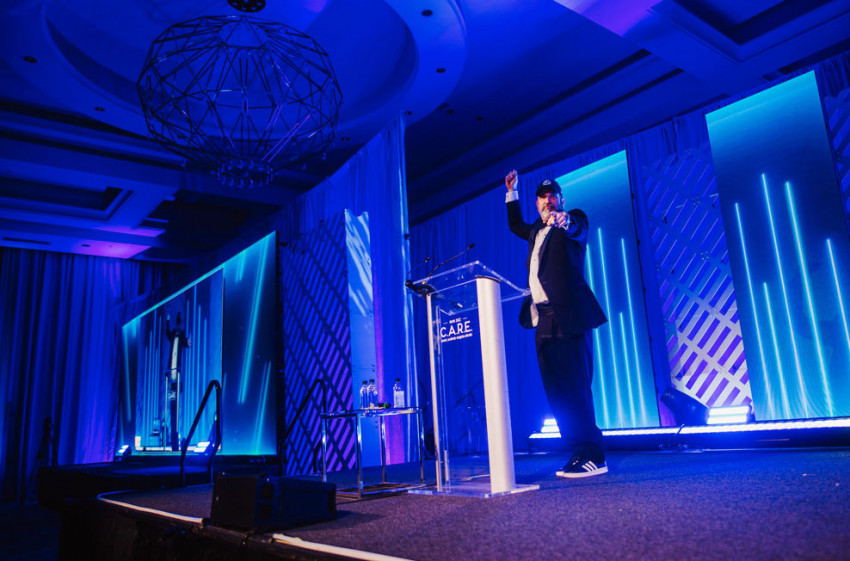 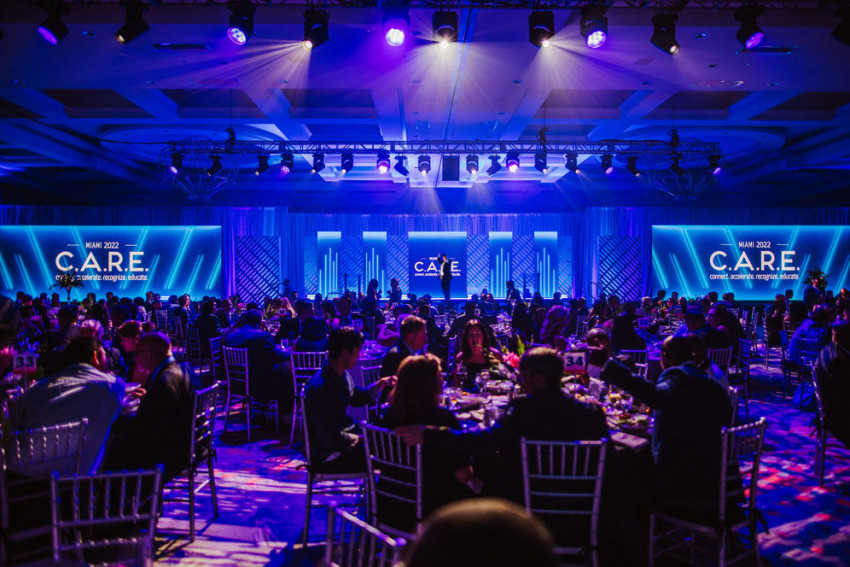 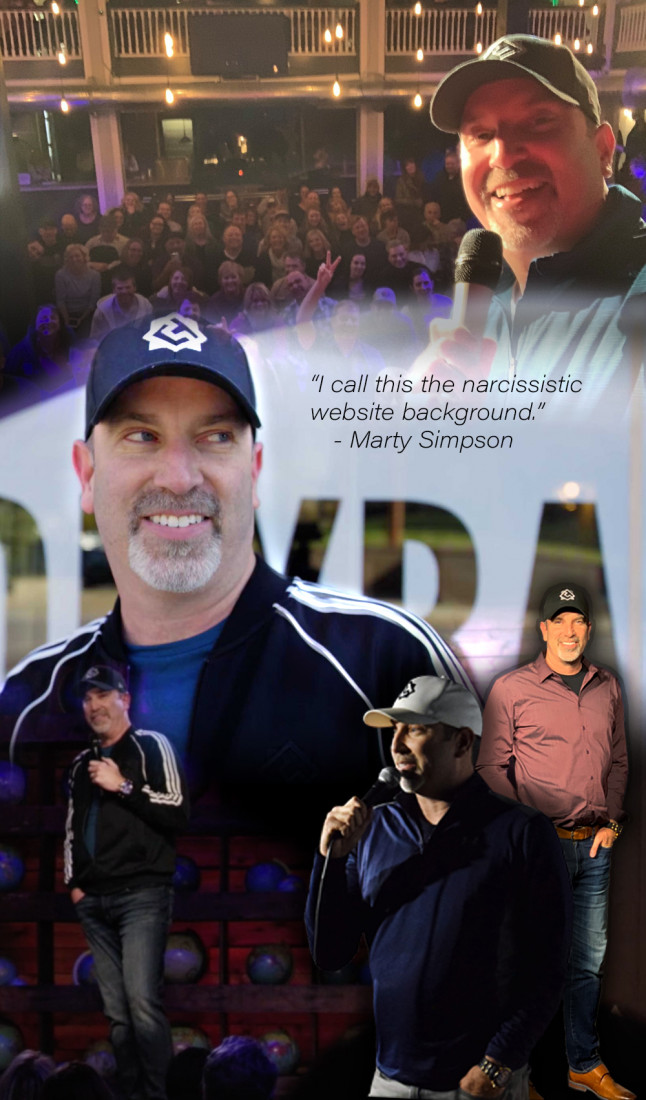 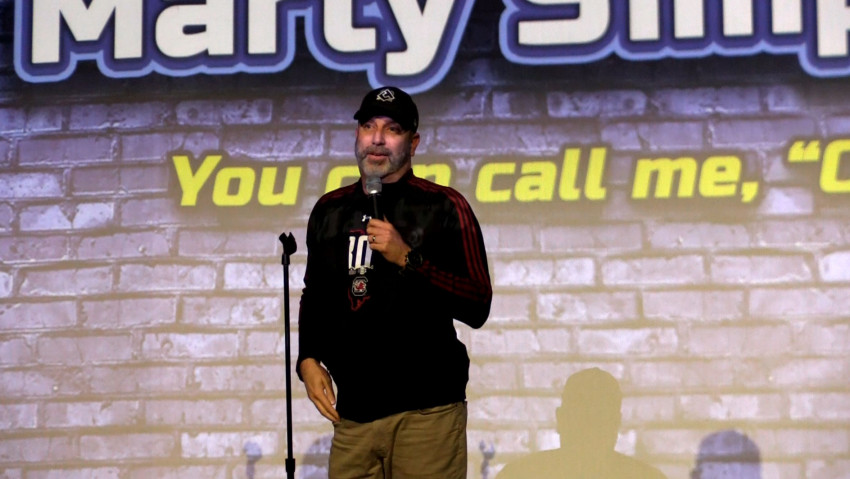 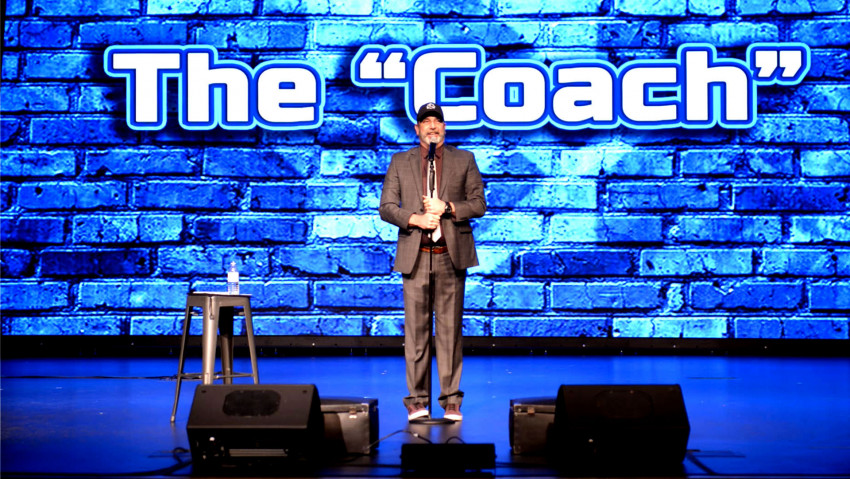 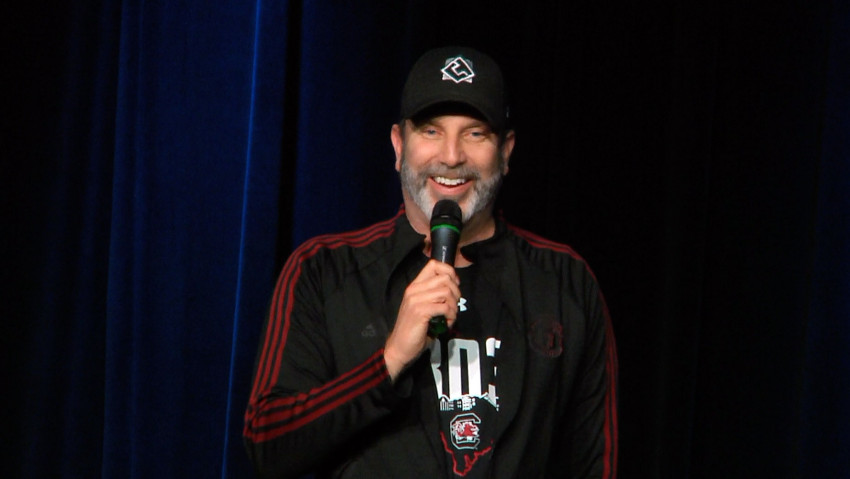 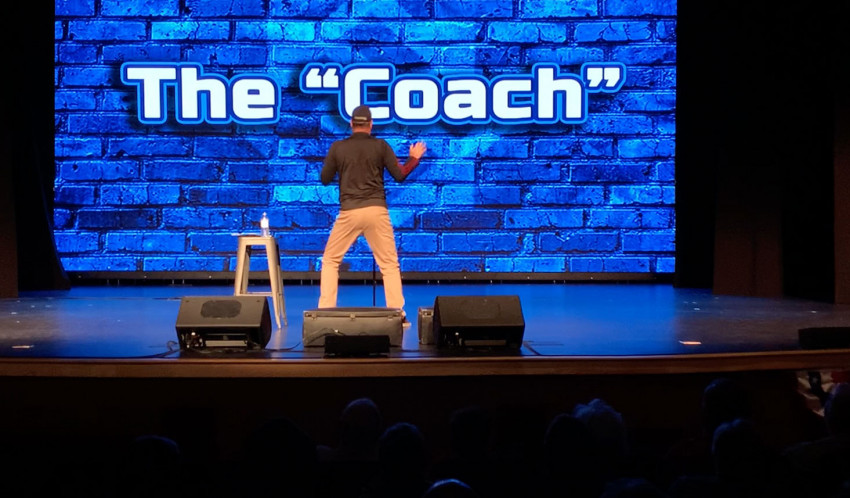 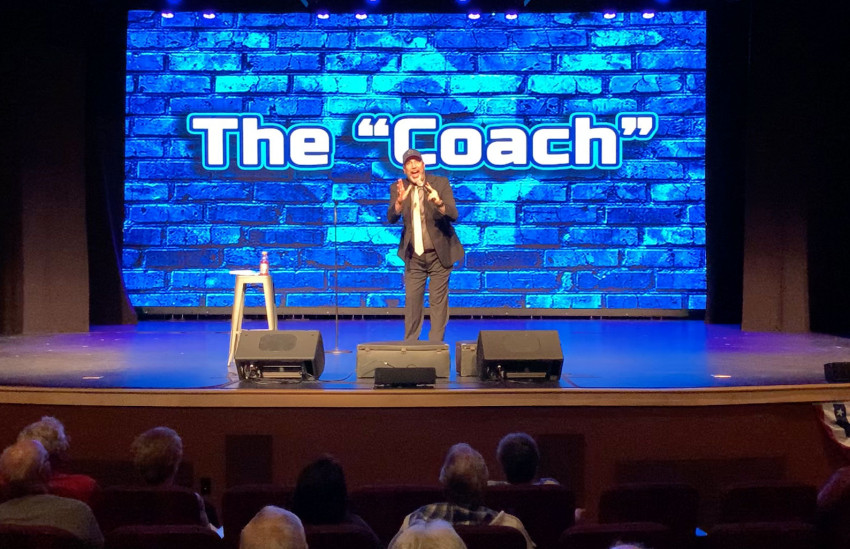 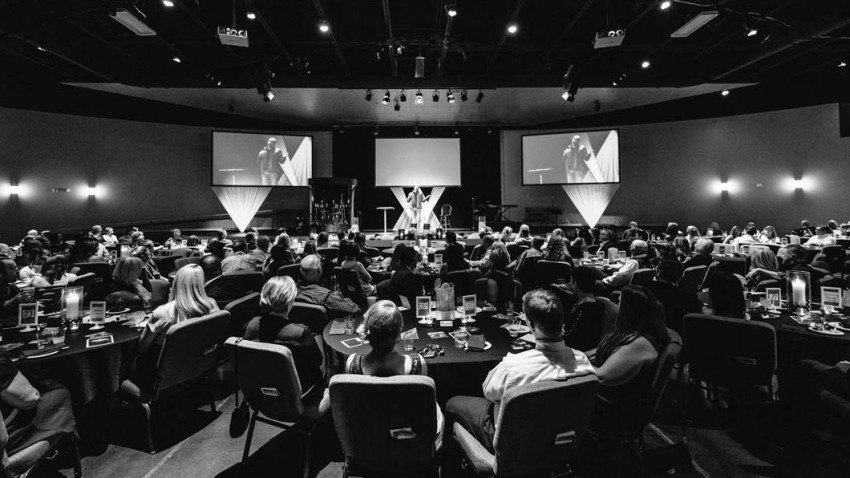 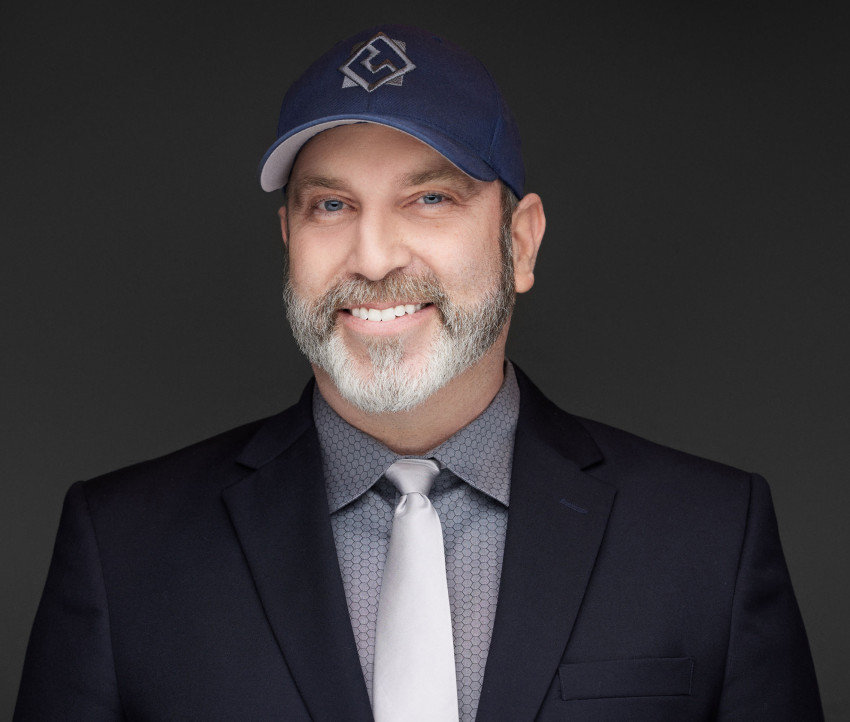 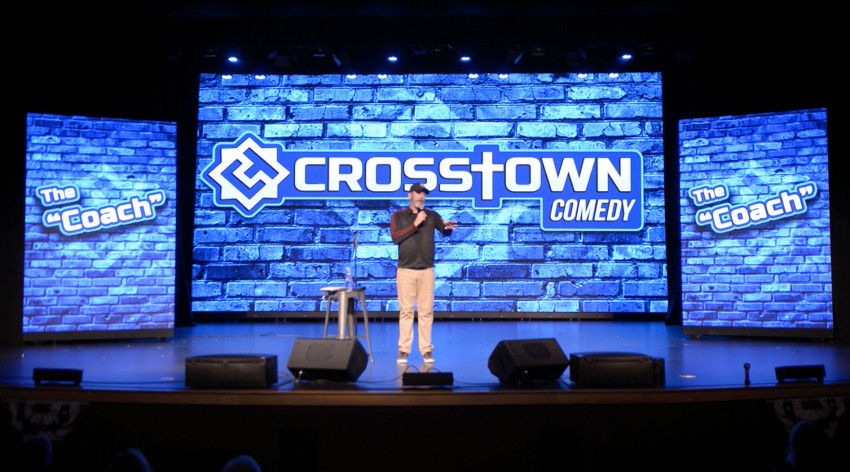 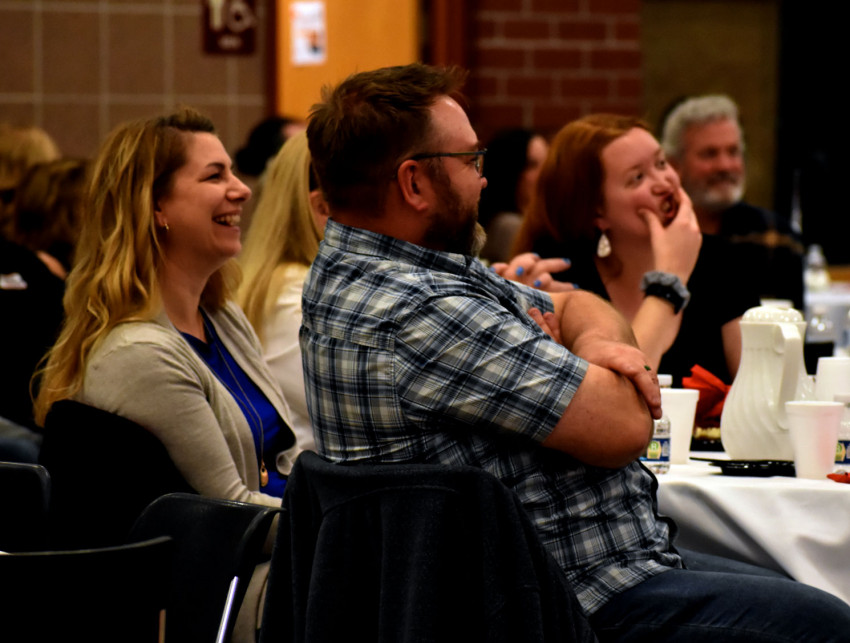 This lady said she was trying to make her jaw stop hurting from laughing so much! (True story!) 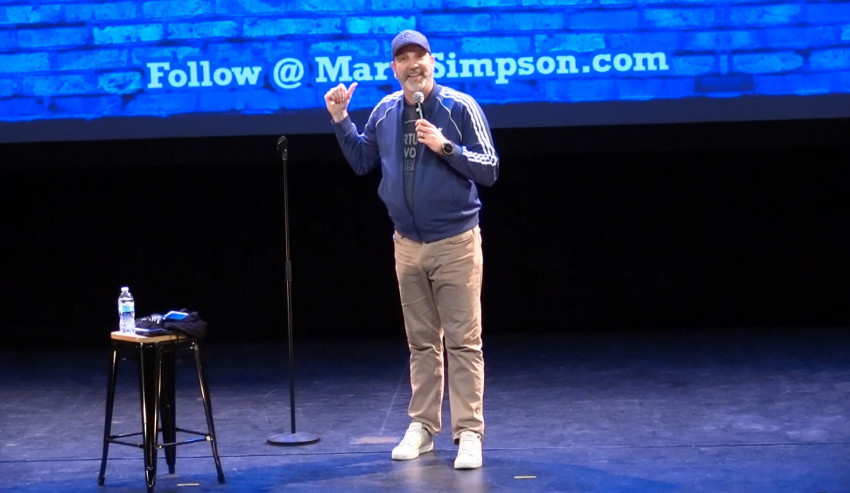 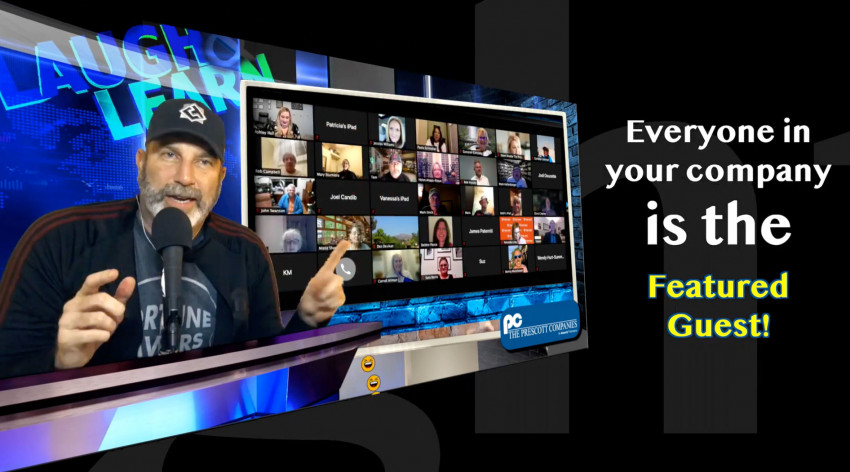 Virtual Comedy can be good! 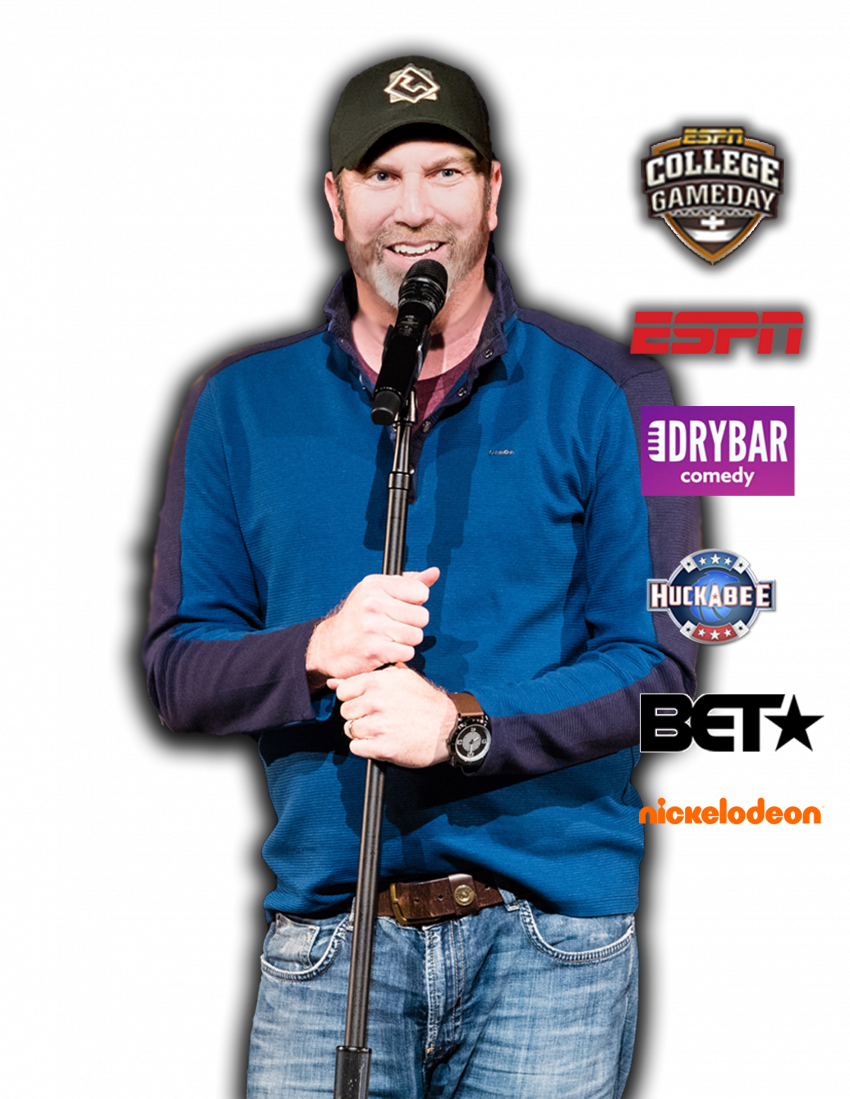 Fantastically Perfect for a Corporate Event!

I booked Marty for our Annual Christmas Party and Awards Banquet and he did fantastic. He started out with some personalized material about our association and electrical work, which immediately created a personal relationship to the audience.
He pushed the jokes to the limit, always knowing just how far to go with him humor and punch line. He worked the audience, but didn't pick on anyone in particular. He's clean, quick and smart. You won't be disappointed!

We enjoyed Marty Simpson for a Christian Comedy Night - the second one in 4 years. Sold Out show! Our community loves him. People traveled from New York & Florida just to attend this one night event. Marty is so nice and easy to work with!

Marty did a fantastic job at AU! The college crowd was engaged the entire night; our abs were all sore from laughing so much! He did a great job connecting with students on a personal level and related to things that they, as college students, would definitely understand. We hope to have him back again in the near future!

He keeps getting better!

I've worked with Marty a few times now and I can honestly say that he has gotten even more funny! I booked him for a TV appearance and he was great! Also helped him book a local church where he thrived with a live audience. Even though I knew some of the punchlines that were coming I still belly laughed all night! I strongly suggest Marty for a good laugh.

"Marty was great, want him back soon!"

Marty did a wonderful job. Captivated the audience with his humor. Able to engage individuals and provide a message that was clear and concise. Many of the participants invited him out with them for further fellowship. Marty was also low maintenance and has a wonderful disposition. We will seek to bring him back in the near future.

On October 20, 2014, AMIkids hosted the first annual Night of Laughter to raise money for our non-profit’s work in South Carolina. Marty Simpson graciously agreed to be one of our comedians, as we wanted to feature home-grown talent and comedians who would respect the nature of our non-profit and provide clean, yet still adult, comedy. Marty came through on this mission with rave reviews! Not only was he hysterical, but he was mindful of his audience and provided us with a set of comedy that any adult would appreciate, but did not rely on vulgarities for punch lines. We received wonderful feedback from our event- which included adults of all ages, races, and backgrounds- and Marty was instrumental in making that happen. I would highly recommend Marty for any type of comedic event. His professionalism and talent made him a delight to work with, and he kept our audience entertained from start to finish.

THE BEST clean comedian EVER!

Marty Simpson is without a doubt the funniest clean comedian I have ever heard. His DVD IS WORTH EVEY PENNY! Fun for the whole family to watch!! He nails it with the humor in everyday life experiences of which he has had in several different areas of varying careers. He teases and jokes about the things he loves most which entertains the audience even more! Book him and buy his DVD for a night of ONE hour family fun. Then you'll watch again, I promise!

Marty was a huge help in making our Valentine’s Dinner event a great success! I don’t know how often you hear professionalism and comedian in the same sentence but your willingness and ability to deliver a show perfectly suited to our crowd, and a continuous roar of laughter clearly demonstrated you are a professional of the highest caliber.

Given the opportunity, everyone involved in planning our event would not hesitate to recommend you to any other church group needing a good laugh … or any other group for that matter.

Marty Blew Us Away!

Marty recently did our “After Christmas End-of-First-Semester” school faculty and staff party. I had never met Marty, nor had I ever heard him do his routine. I had only read a short “essay” he had written for a local news agency. After meeting him for just a few minutes, one of my event coordinators asked, “Is he going to be funny?” I told him, “If his routine is anywhere near as funny as the conversation we have had for the last few minutes, we are going to love him.” He did not disappoint from the first moment to the last.

Teachers, just like any profession, need an opportunity to relax, let their hair down and enjoy a good laugh. Marty gave us even more than that! My faculty and staff are still talking about him on our campus weeks after the event. His experiences as a teacher and coach, a college football player, a dad, and otherwise, are portrayed wonderfully and are well-suited for any audience. And, it cannot be stressed enough that he was able to perform for an hour with hilarious material that would be appropriate in language and content for any audience. And it did not feel like an hour, at all!

I wholeheartedly recommend Marty to be a part of any organizational event. You will not regret even one minute of the time that you spend with him. He is great! His performance exceeded my hopes and expectations, and I am sure that it will exceed yours, as well.

Thank you so much for having me at your McBee High school End of the Semester party. I always love performing for school teachers! You guys were an awesome crowd and an obviously close family type faculty!

Review by Mickey B.

Marty provided a comedy show at our International meeting of Christian School educators. Was hilarious, good clean fun. We received excellent comments about his show and his ability to relate to the audience.

Marty Simpson is hilarious! Watch some of his videos on Youtube, and you will agree with me!

We (Covert Homes) recently hired Marty to entertain a few hundred kids for us at our church camp, Salkahatchie. His stuff was hilarious!! These kids were laughing nonstop for an hour and a half. His goofy style of clean comedy is refreshing and our camp kids said it was the best entertainment we’ve ever had for them!!

God bless you Marty. On behalf of Pastor and Bishop Haynes and the Last Day Family, we would like to say that we thank you and Ashley for coming out and helping us make this event so special and memorable for our Women of God. We pray God’s speed and blessing upon you and your family. Thank you again. We can’t wait for more fellowship. Send Ashley and the kids our love.
Sincerely,
Lacresha

"Marty did a wonderful job. Captivated the audience with his humor. Able to engage individuals and provide a message that was clear and concise. Many of the participants invited him out with them for further fellowship. Marty was also low maintenance and has a wonderful disposition. We will seek to bring him back in the near future."

"We booked Marty Simpson for 3 different events over a 4 month period and he killed all 3! Two fundraisers and a 700 ticket sold out show that people are still talking about!"

We had Marty for a chamber event and he was so fantastic, we had him a month later do a similar event in the same town for a different organization!"

Marty's comedy has been featured on ESPN, B.E.T., Nickelodeon, and his award-winning special Clean if it Kills Me is available to stream on multiple platforms. His DryBar Comedy special can be seen at DryBarComedy.com/martys. He's performed on 3 different continents.

Marty is a highly sought after corporate Emcee for larger events hosting black-tie formal galas, fundraisers, and company wide celebrations. His ability to incorporate the audience in his act is always a crowd pleaser, and Marty goes overboard to insure no one is offended, and everyone enjoys his show. In addition to being perfect to host your event with the mad skills only a full-time comedian possesses, Marty was also a finalist in the 2017 Trial By Laughter and was named a festival favorite at Big Pine Comedy Festival. He won the Clean Comedy Challenge and is a standing returning invitation only performer every year (www.cleancomedychallenge.com)

His comedy is shaped, not only by his 25+ years of marriage and two children, but also his 10 years as a head high school football coach (and drama teacher!) He says every fall, he simply acted like the football coach. To our knowledge, Marty is the only person ever to coach their high school football team all the way to the State Championship in the fall, and then direct and produce The Importance of Being Earnest to sold-out crowds in the spring!

Marty is as simple as it gets for entertainment. Just put your audience in a darkened environment, get him a straight mic-stand, lights on his face, a good audio setup and Marty will make your event special!

If your event already is using a projector, Marty can include some fun jokes that have slides to enhance their entertainment value, however, if you are not already doing that, he will not need you to set it up just for him.