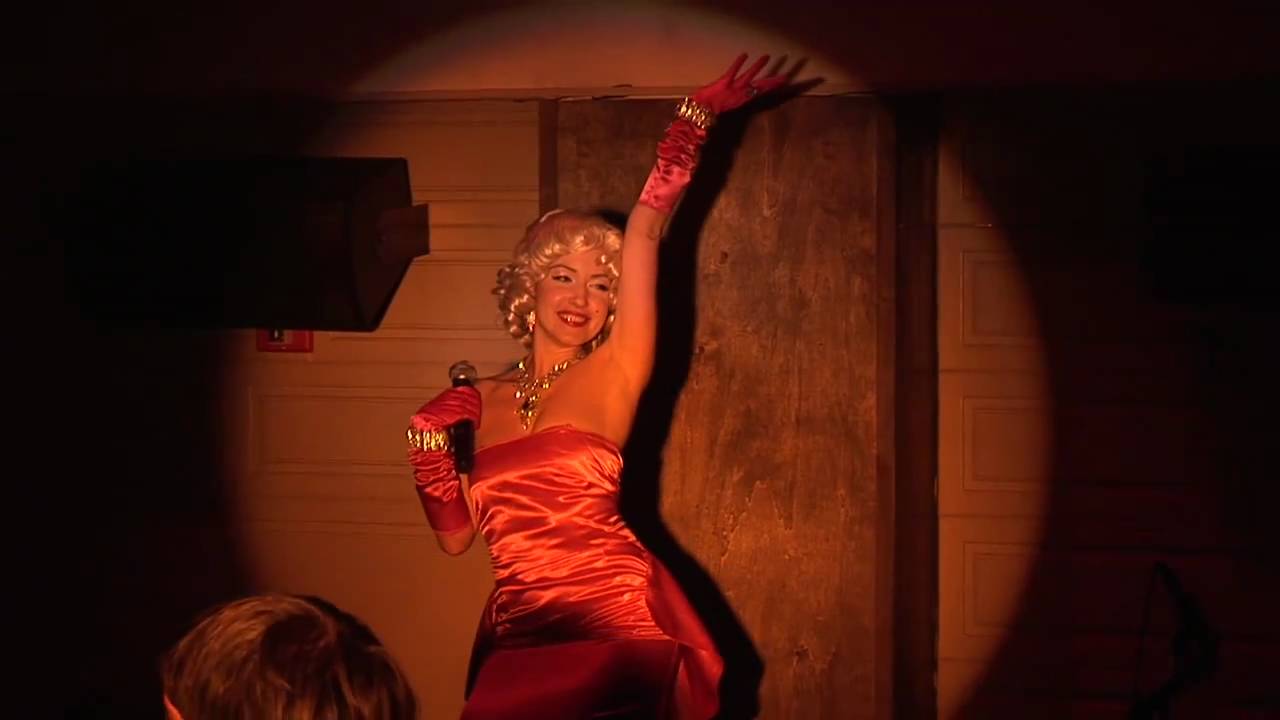 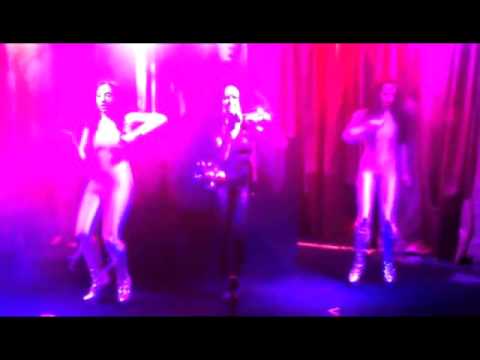 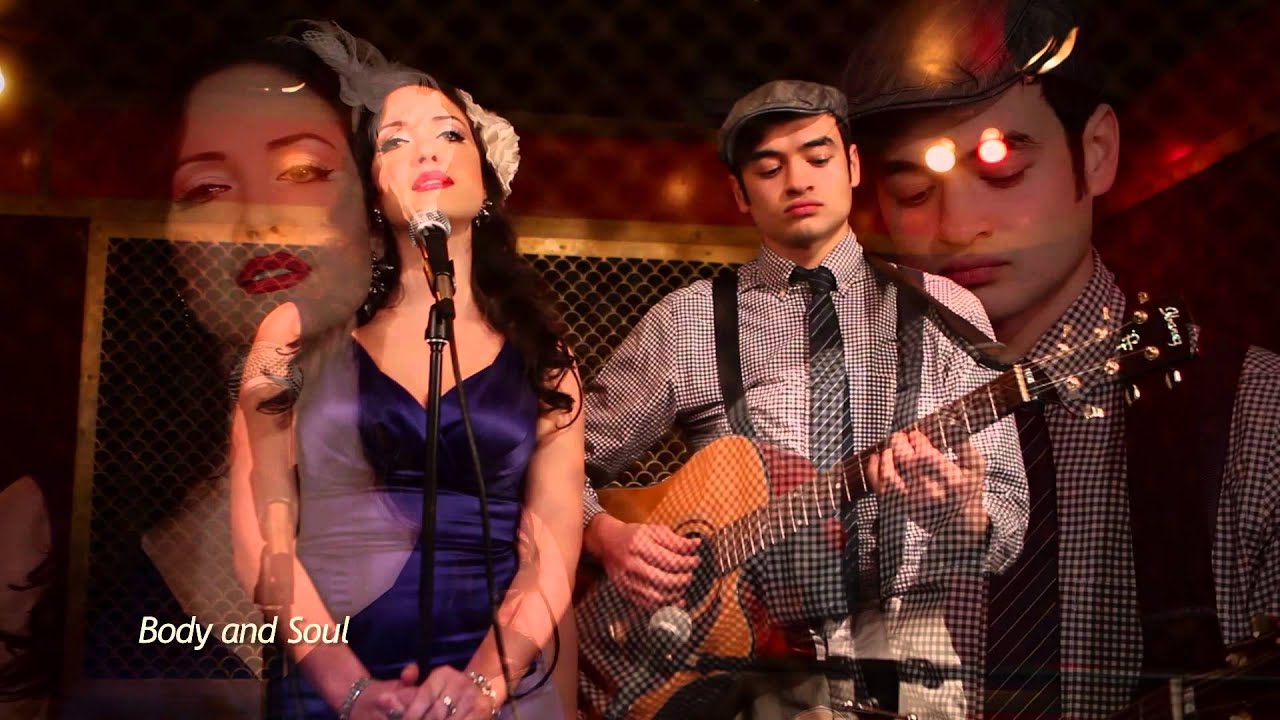 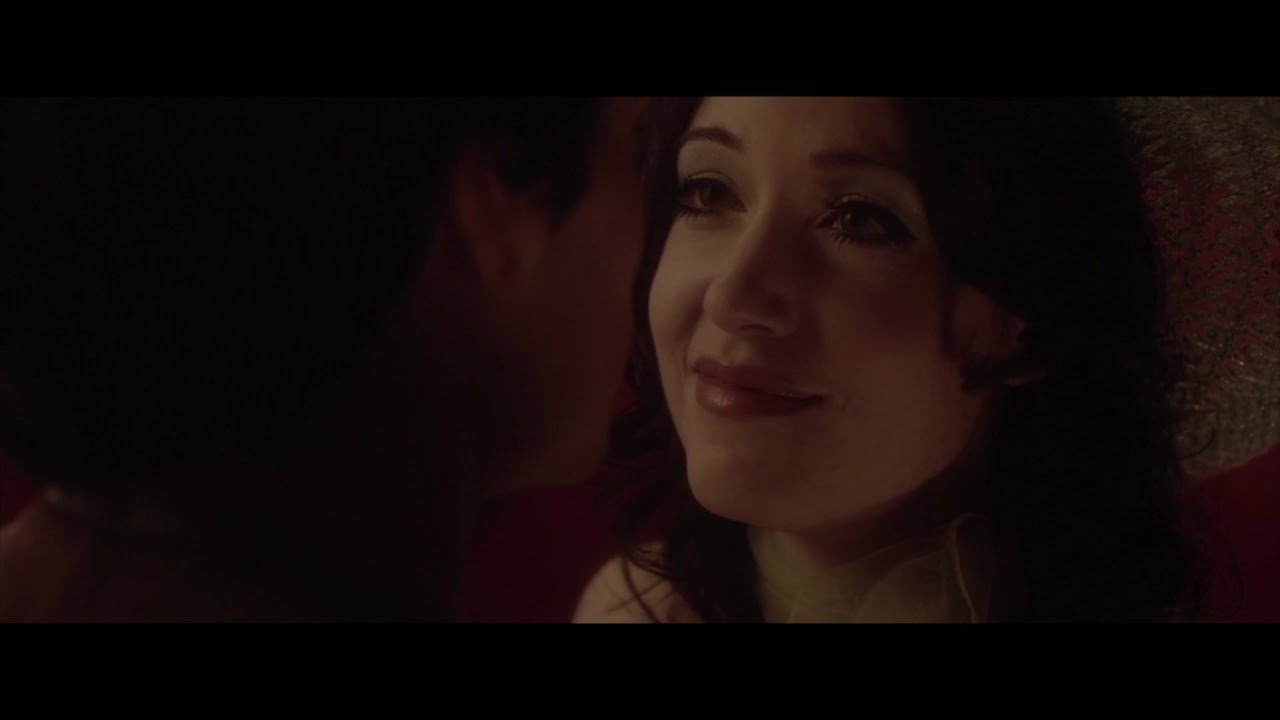 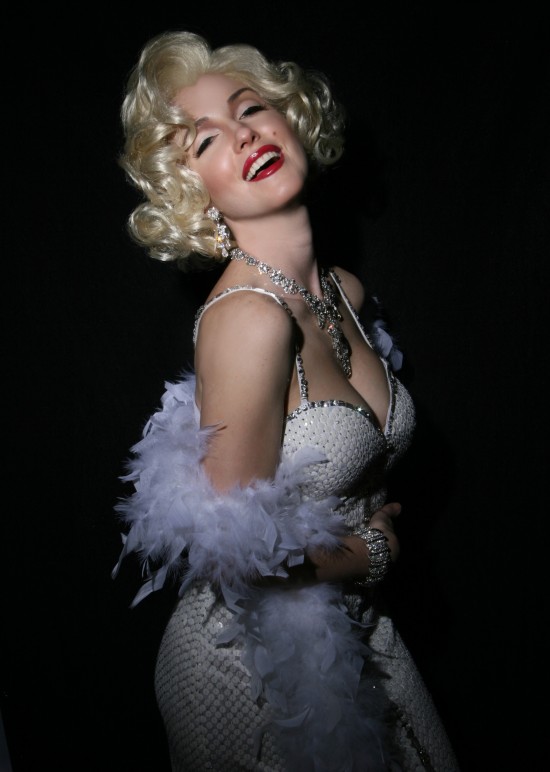 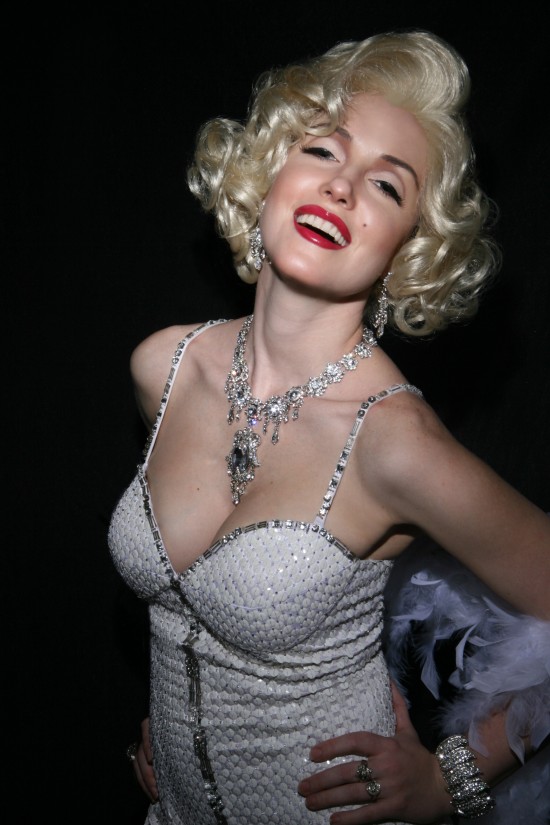 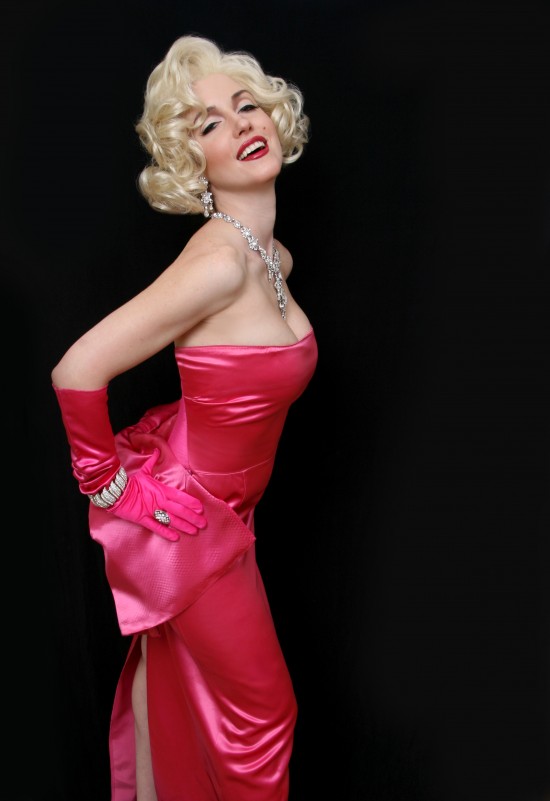 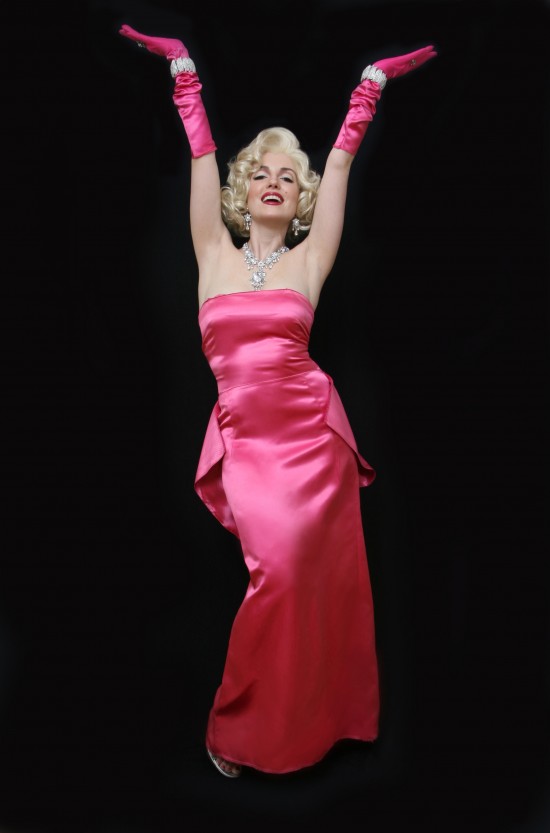 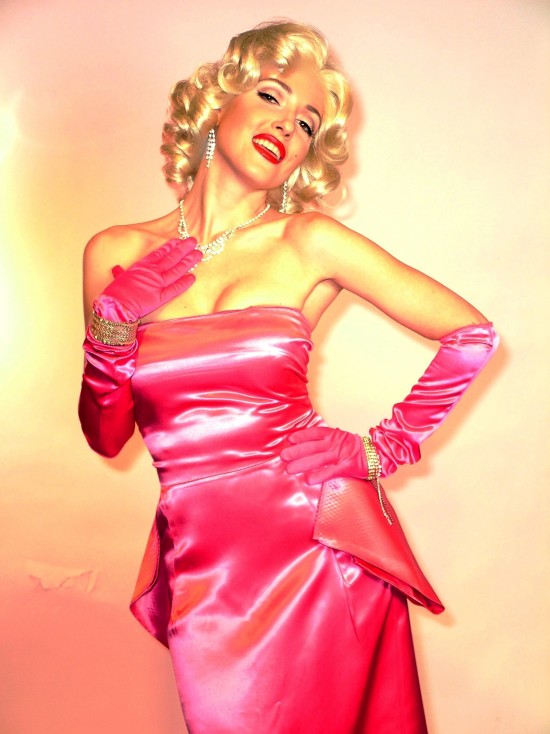 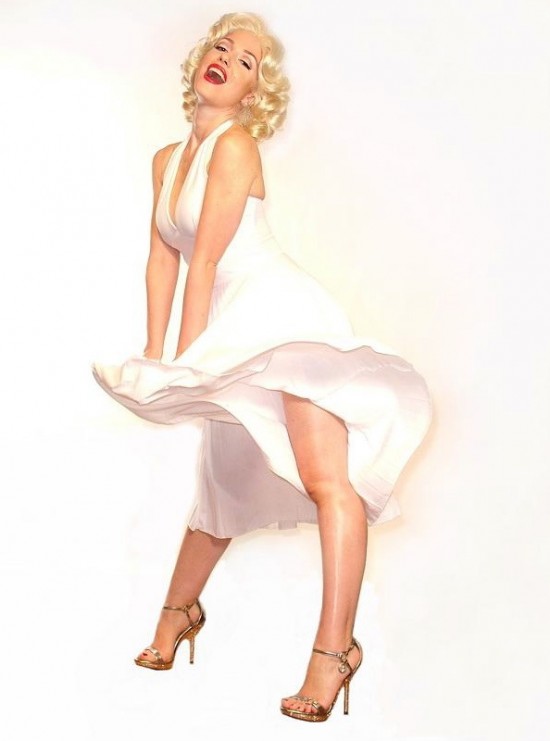 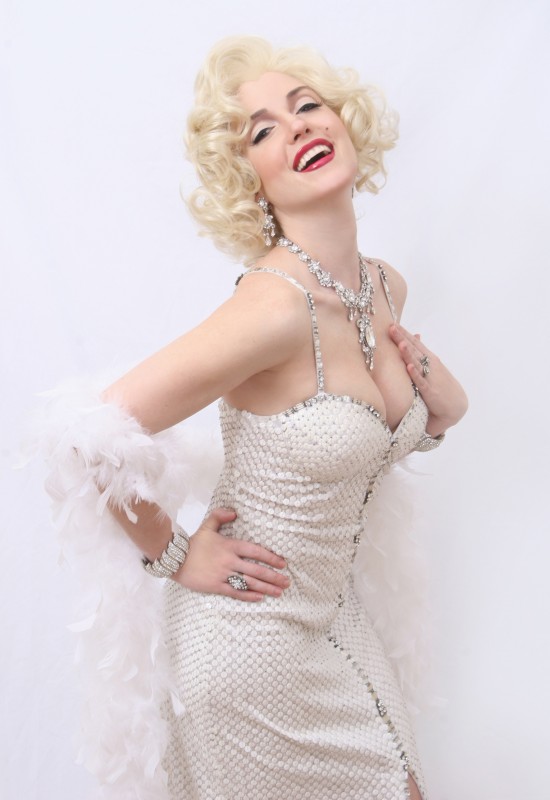 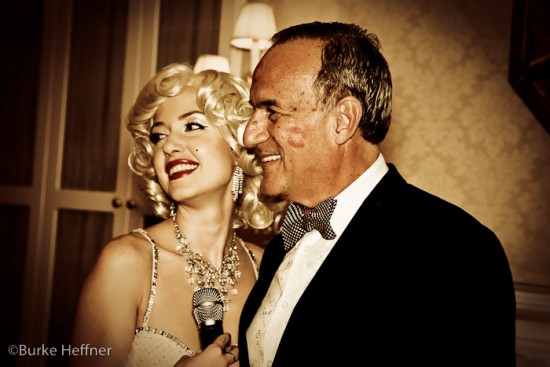 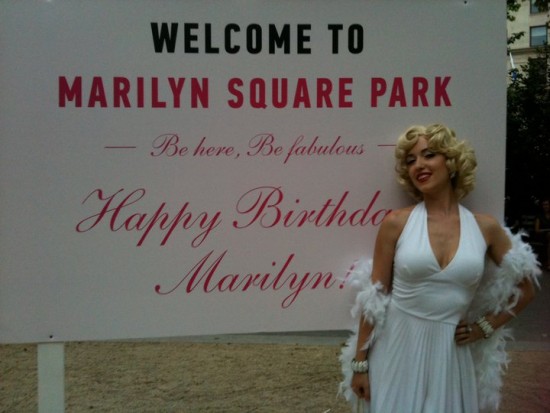 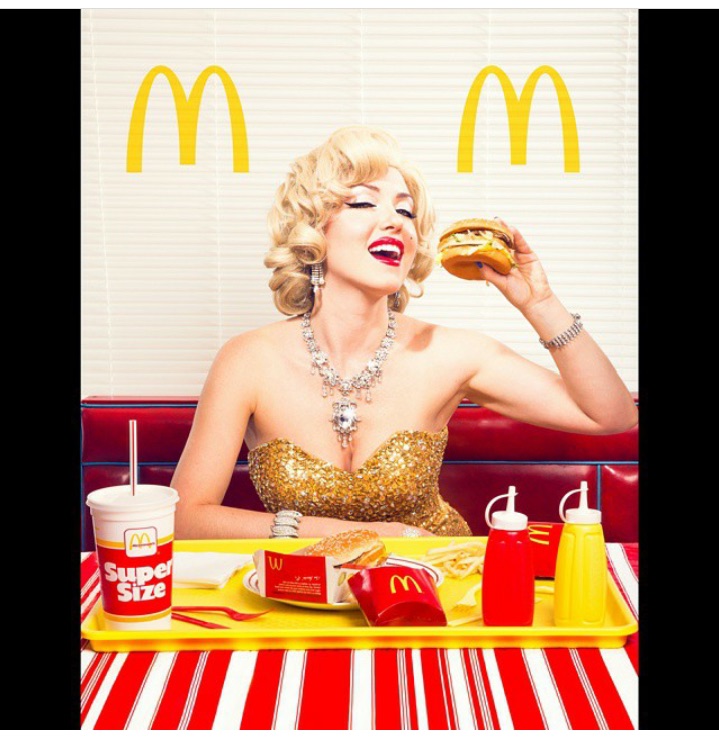 Erika as Marilyn for McDs 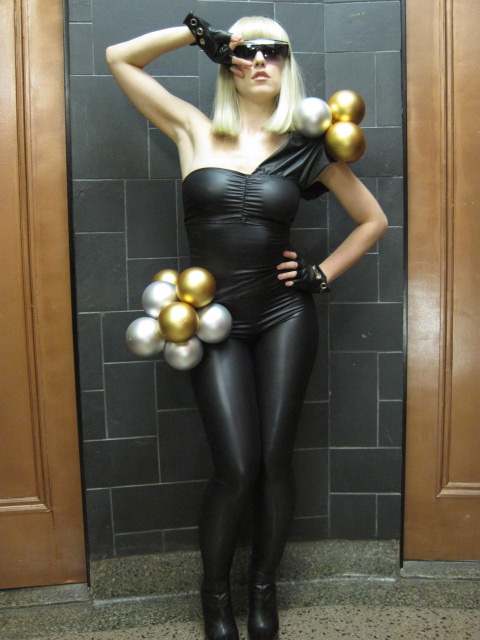 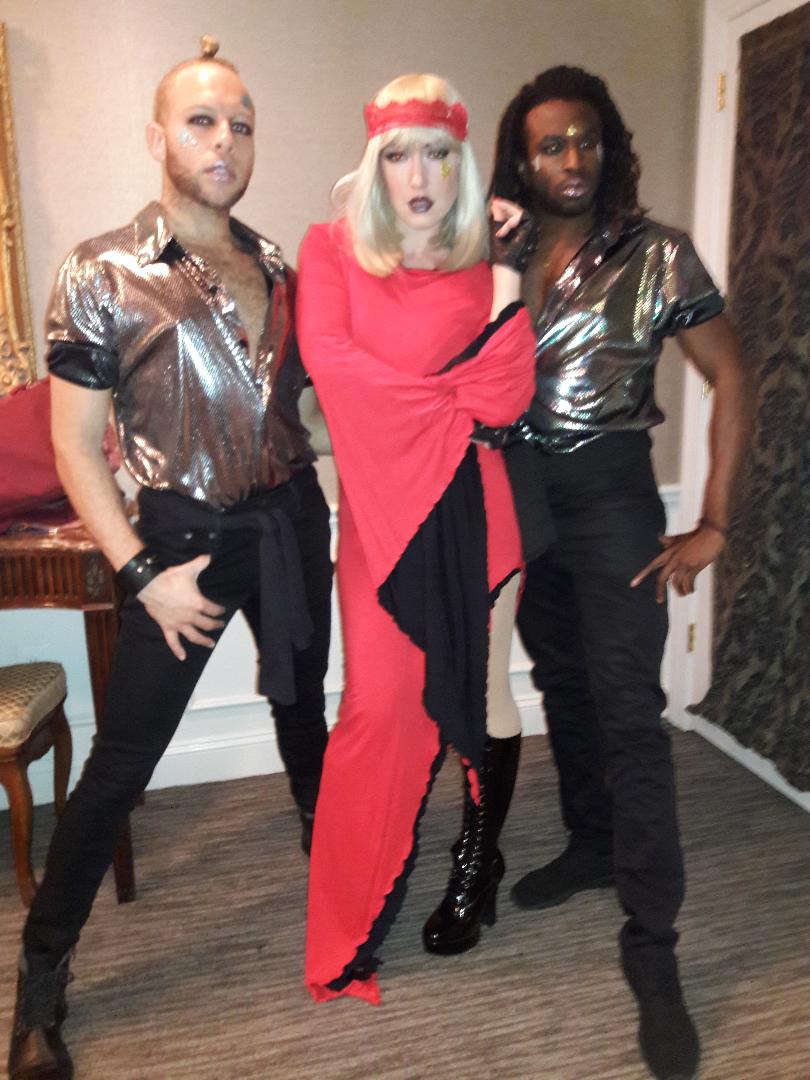 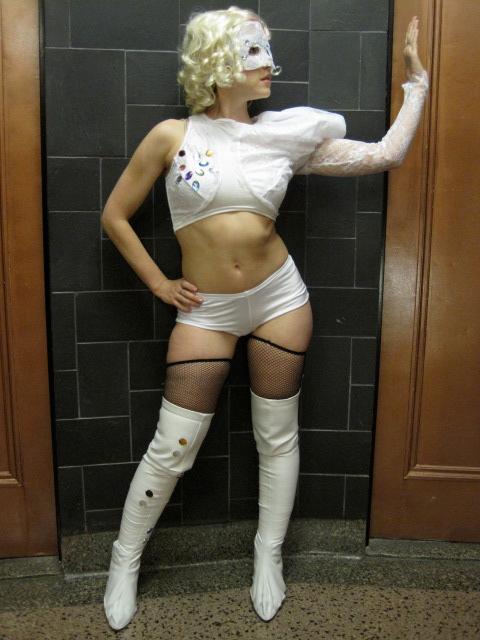 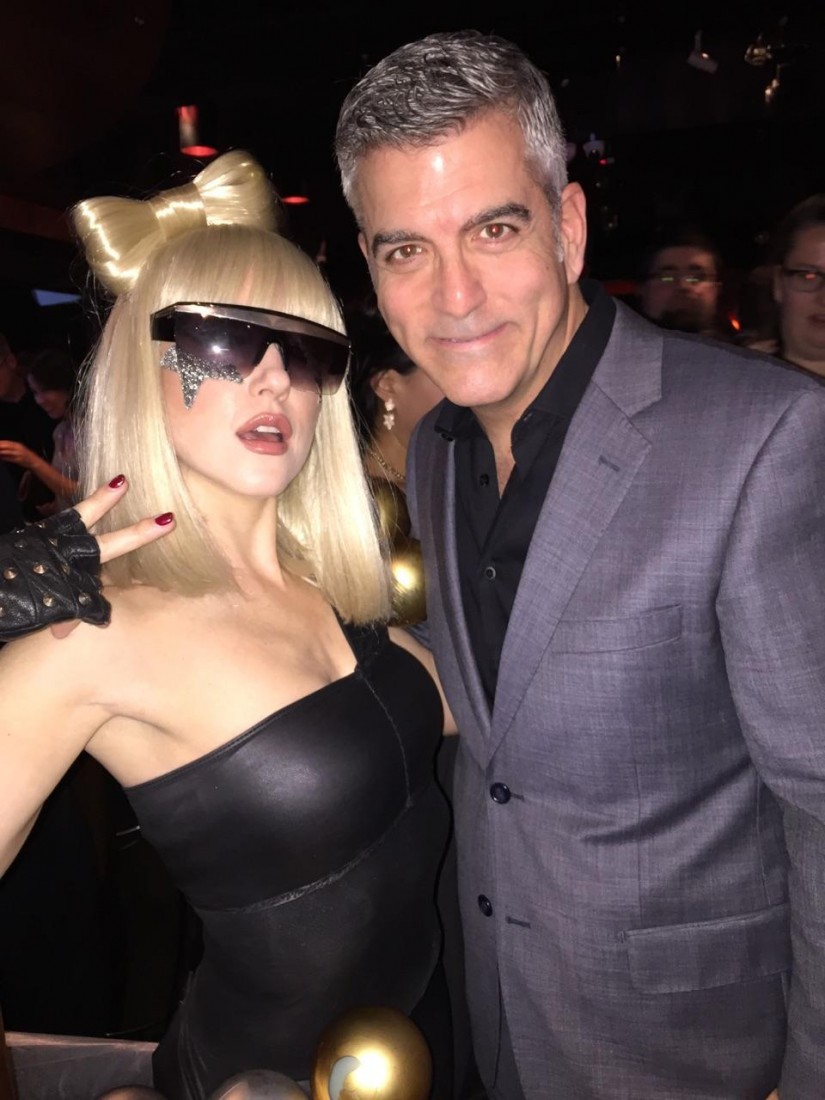 Erika as Gaga with Clooney 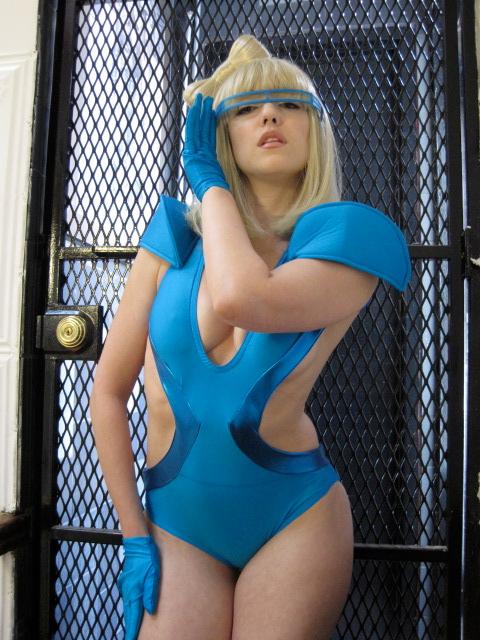 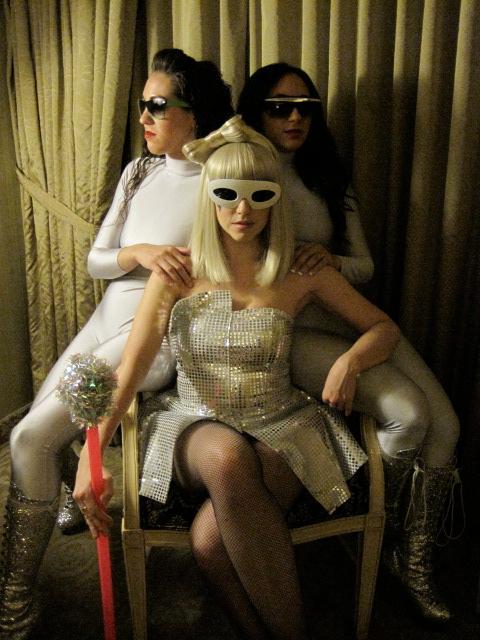 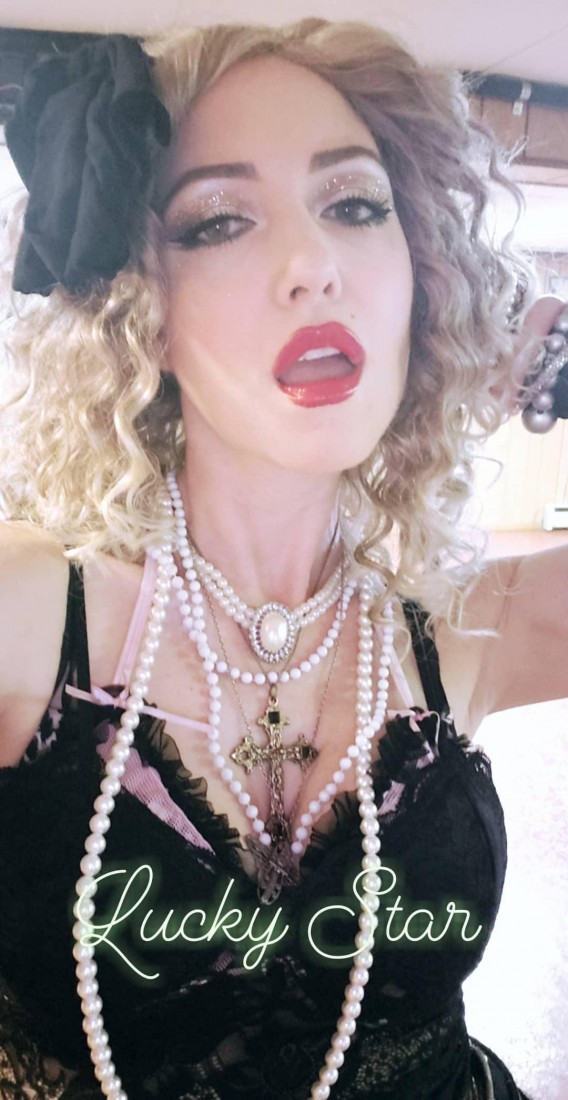 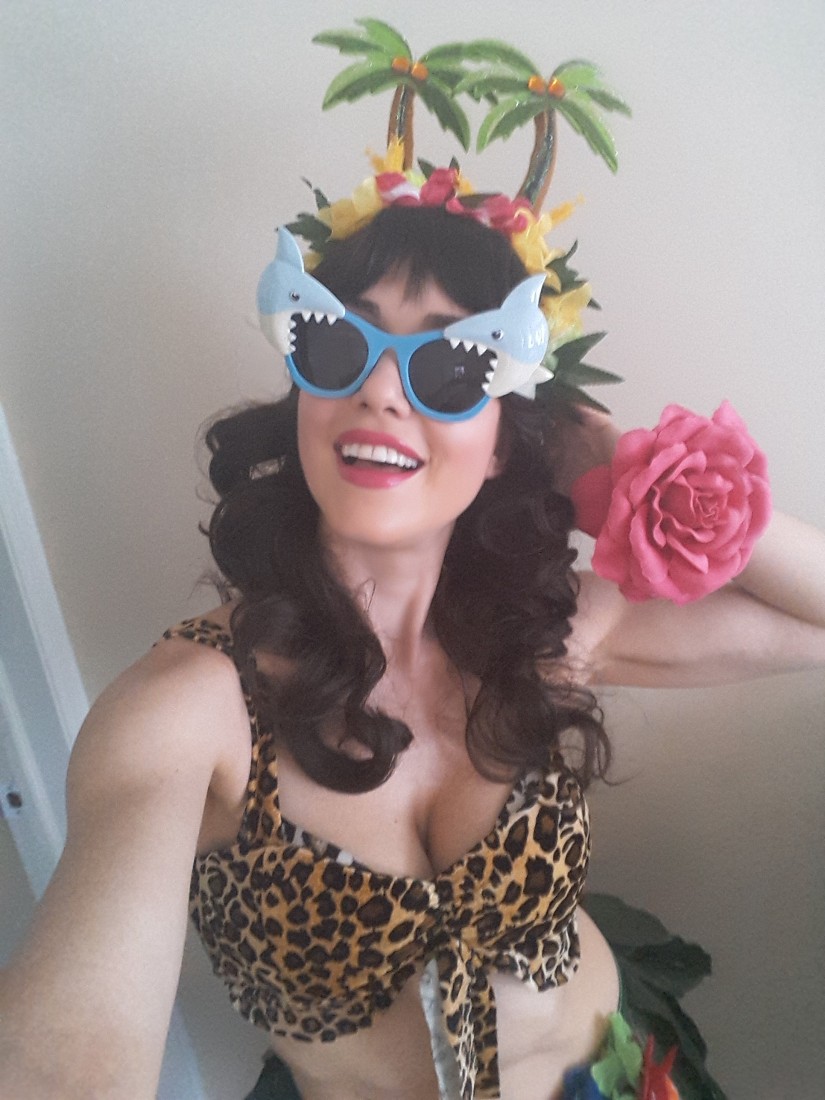 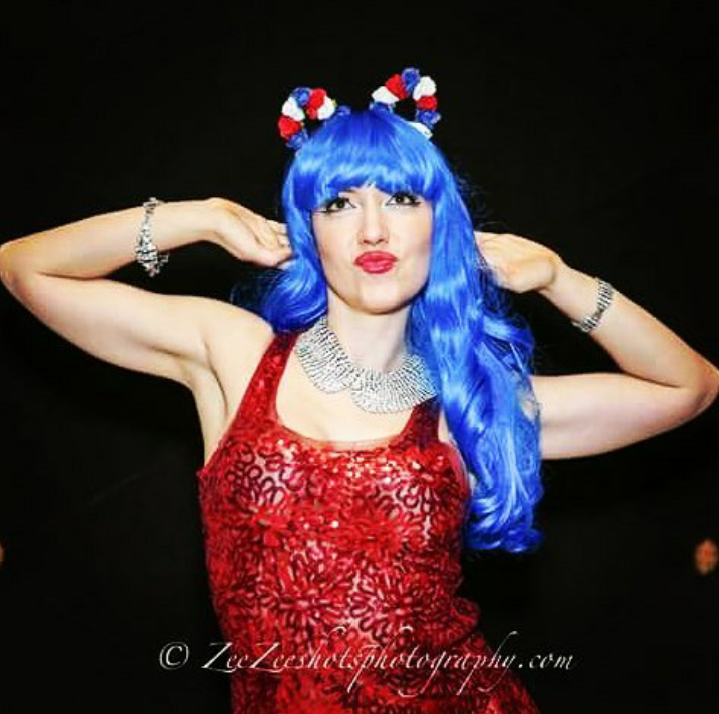 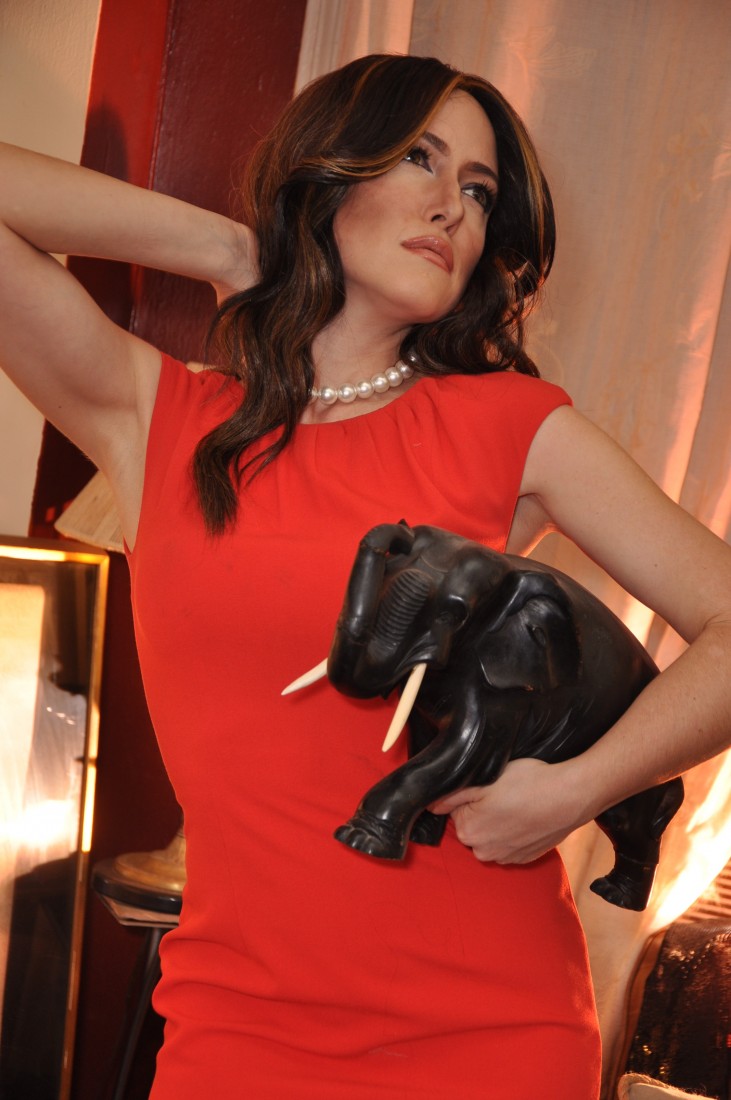 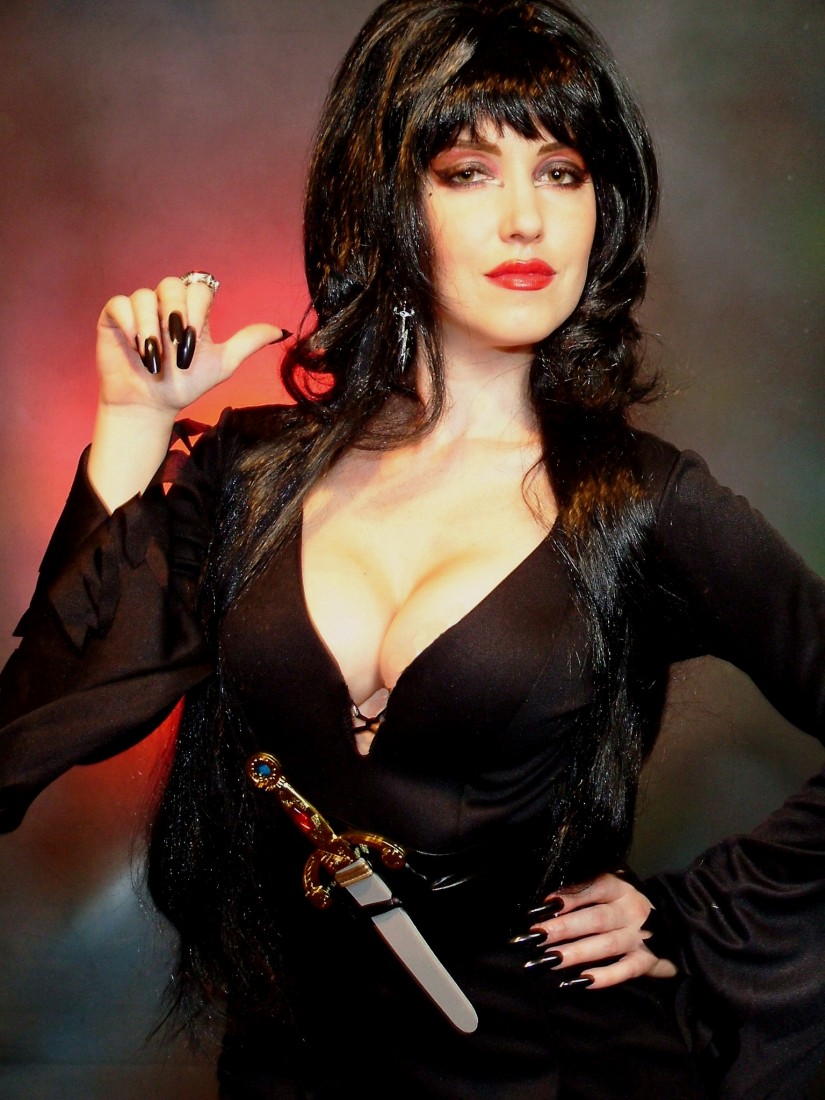 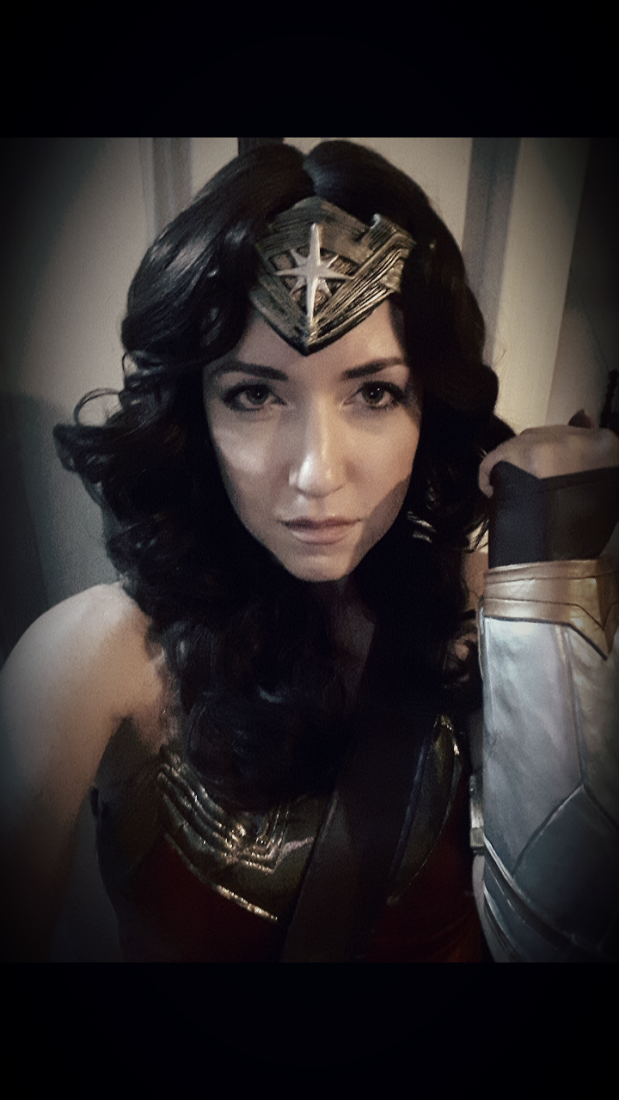 Erika as Wonder Woman from Marvel 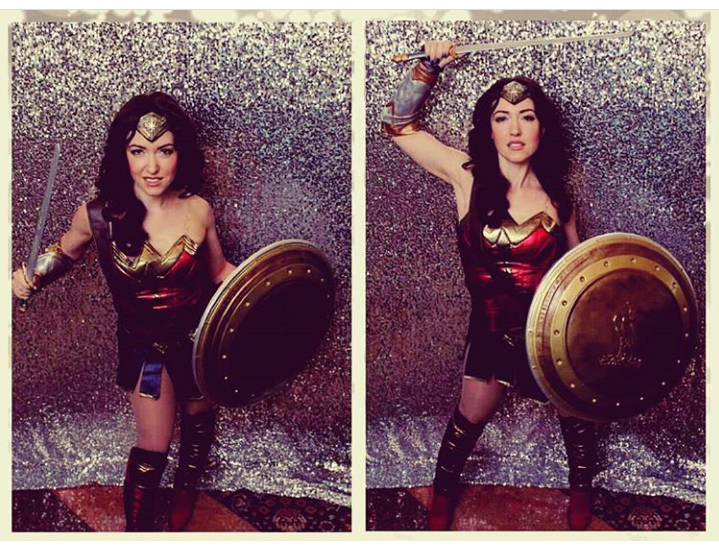 She brought Marilyn Monroe back to life!

ERIKA WAS AMAZING!! She performed as Marilyn Monroe for my boyfriend's 81st birthday. He loved her along with 30 of his closest friends. Her singing is spot on and we really felt like MM was actually there with us. We were able to take pictures with her and she mingled with the guests. Erika is very easy to reach and confirms with you exactly what you are looking for. I would highly recommend her to anyone looking for an Exemplary Marilyn Monroe impersonator! Thx u Erika!

Aww thanks Andrea, it was my pleasure :)

Erika had amazing stage presence and confidence. She was a crowd favorite and everyone enjoyed her. Personality was spot on! It really felt like she was the real Marilyn Monroe. She was the perfect addition to our event. Thanks so much Erika!

She was simply fantastic!

Erika delivered a beautiful performance at my college's annual Holiday Party. She took the time to mingle with the guests and take pictures with them. Thank you Erika.

Not only talented but beautiful and can sing great. The birthday boy and the guest enjoyed all her song you sang. Every dime spent was worth it all! Great Job!

Thank you Keke, you have a wonderful family and it was a joy performing for you!

Erika was hired to assist with a “table read,” needed by this author, for a character analysis and development. I am writing a fiction novel, and needed someone to “assume character” of one of my protagonists. After being given the character’s background, and an outline of the scene, Erika was able to bring my character to life.

I look forward to working with this wonderful artist in the future, and would recommend her anyone else in need of high-quality talent.

Amazing Marilyn, Erika is the best!

Erika appeared at our small private event and was phenomenal! Lovely to communicate with and very funny. Highly recommend.

My Birthday video that I had custom made by Marilyn was way more than I or my boyfriend could have ever expected! My boyfriends surprise in receiving a video on his Birthday of Erika Smith as Marilyn Monroe was the most titillating and thrilling surprise for him. I have worked with many Artist on GigSalad and have to say with 100% honesty that Erika Smith is by far the very Best! Erika puts a great deal of LOVE into her work and in my opinion she is worth so much more than she asks for! You will definitely be pleased by Erika's amazing performance!

Erika went above and beyond to create the perfect video for our event. I highly recommend her! She personalized the performance and made an unforgettable gift for our beloved co-worker. ...

I had a very good experience, and can’t wait to book her again! She was on time, enthusiastic, and exceeded my expectations! Two thumbs up, for sure.

I hired Ericka as Marilyn Monroe Impersonator for our Company Holiday Party on December 13th, 2019 and I am very happy I did! She is an amazing entertainer, she worked the whole room, had the guest involved in her performance and her voice is beautiful. She was the perfect addition to our Hollywood Theme Holiday Party. Would definitely hire her again.

Erika looked and performed like I was watching Marilyn Monroe. A Phenomenal show and birthday! Thanks Again!

Erika absolutely stole my heart away, along with my facility that she performed for. She was amazing! Words cannot describe how good she was. She was captive, entertaining, stunning, professional and much more. I highly recommend you book Erika for any event, you wont be disappointed.

Awe thanks Marcus, you and your guests stole my heart away too. I loved performing for you guys.

I couldn't have asked for a better performer than Erika. Very responsive and easy to work with during the planning process, and a spot-on Madonna for our event. I got nothing but compliments from our attendees about her and her performance. Absolutely wonderful.

Erika was wonderful. My Dad loved it! She arrived within plenty of time to set up, etc.

She was on time! Great personality and performance. My team loved her. I will book her again!

Erika was incredible! Aside from all of the tactical details - being on time, responsive, and attentive, she also also has a very well prepared show, that is accompanied by the beautiful make up and costume. She was a natural in what she was doing, adjusting to the audience or the situation as needed. She was a pleasure to observe and was a lot of fun for the guest of honor and other guests.

Read all about it! Marilyn makes a splash at our party.

Marilyn (aka erika) was fantastic! She really made our holiday party fun and even sang to a birthday girl in the crowd. If you're wondering whether or not to take the plunge, then don't think twice, hire Miss Marilyn Monroe.

Wonderful addition to our event!

We were so pleased to have Erika aka Marilyn join us at our charity benefit. With a crowd of more than 500 at one of the area's premier fundraisers, she was the consummate professional and a pleasure with whom to work. She was punctual, friendly, accomodating, flexible, and great fun. Pictures are still being passed around of guests posing with the starlet. We would highly recommend her to anyone for any type of event! She's talented and just lovely.

Erika performed for an audience of 100 guests ranging in age from 6 to 92. At my 70th birthday party she had 3 acts consisting of Madonna, Marilyn Monroe and Lady Ga Ga. She was just outstanding in every aspect - talent, personalty, costume and music. She was extremely easy to communicate with when going over the pre-performance details. She now has many new fans that are following her and cheering on her career.

Erika was wonderful! She is an outstanding singer and performer. She took the time to really understand the "behind the scenes" of the Birthday event. She came a day early to visit the location. The "younger folks in the crowd" really thought she was Marilyn Monore. I have seen several MM impersonators in the past few years, but Erika stands out as the BEST!

Erika was AMAZING! Her look is fabulous and she was on time (early actually!), a pleasure to work with, completely charming, got into the spirit of things and stayed for photos with guests etc. The birthday boy was beyond thrilled and we had a blast. We were just delighted - thanks for being a great sport and a fabulous entertainer! She really does look like Marilyn! Gorgeous woman and a great actor / singer!

Erika put on an amazing show, from her singing to her mingling with the
guest. She took pitures with everyone having all Marylin Monroes manerisems down, a born natural. I have given many parties over the years and was told I out did myself with the entertainment. This was a suprise 60th birthday party for my husband. Memories were made for him as well as our guest. Thats what life is about making great memories. Thanks again for being a part of this special birhtday.

Erika was terrific...I couldn't have asked for anything more. She is an excellent performer and really pulled it all off. I would highly recommended her...you will not be disappointed:-)

Marilyn Monroe did a wonderful job at my daughter's 15th birthday. I did a red carpet entrance Hollywood style and she was greeting the guest as they arrived and took pictures with them during the cocktail hour. My guests were very happy and pleased with her service. I recommend her. She did an excellent job. Fianny Cabrera

Erika Smith, as Marilyn Monroe, puts on an unforgettable live, interactive show that will have the audience wondering if the real Marilyn Monroe has travelled through time to pay them a visit. Complete with live singing in Marilyn's signature breathy voice, dancing and costume changes, Erika puts on a show your guests will be talking about for years to come.

Erika currently offers a 30 minute musical set which can be shortened or lengthened depending on the client's concept for their event. If the client has an additional song not in the current set, Erika takes requests and will prepare the song for your event.

Every man wanted her, every woman couldn't help but love her. Never before had the world encountered this rare combination of beauty, sex appeal and sweetness known as Marilyn Monroe. An icon for the ages, audiences young and old recognize her image, her voice and her dramatic story.

Now, one skilled actress is bringing the songs, the laughs and the charisma of Marilyn back to life.

When Miss Smith performs, she not only captures the look and sound of Marilyn in her hey day, but her irresistible charm, sweetness and sex appeal as well!

Erika Smith is as close as you can get to the real thing.

Erika has performed as Marilyn for many corporate events including a performance of "Diamonds Are A Girl's Best Friend" for the president of Van Cleef and Arpels Diamond Company, celebrity events including an event for Sir Paul McCartney, hosted Marilyn's Birthday celebration, "Marilyn Square Park," in Manhattan's Madison Square Park, regular performer for Empire Casino, Smash Entertainment, Unique Entertainment, A Gala Event, The Park House, and is the current Marilyn for the "NY Rat Pack" (B.B. Kings, Feinstein's). As an actress, Erika has also appeared in over 25 feature films including "The Wrestler" and "Bachelor Party 2," the off-Broadway show "Sextacular! Sextacular!" and many more.

Diamonds Are A Girl's Best Friend
I Want To Be Loved By You
My Heart Belongs To Daddy
I'm Through With Love
Running Wild
Some Like It Hot
Bye Bye Baby
Happy Birthday, Mr. President