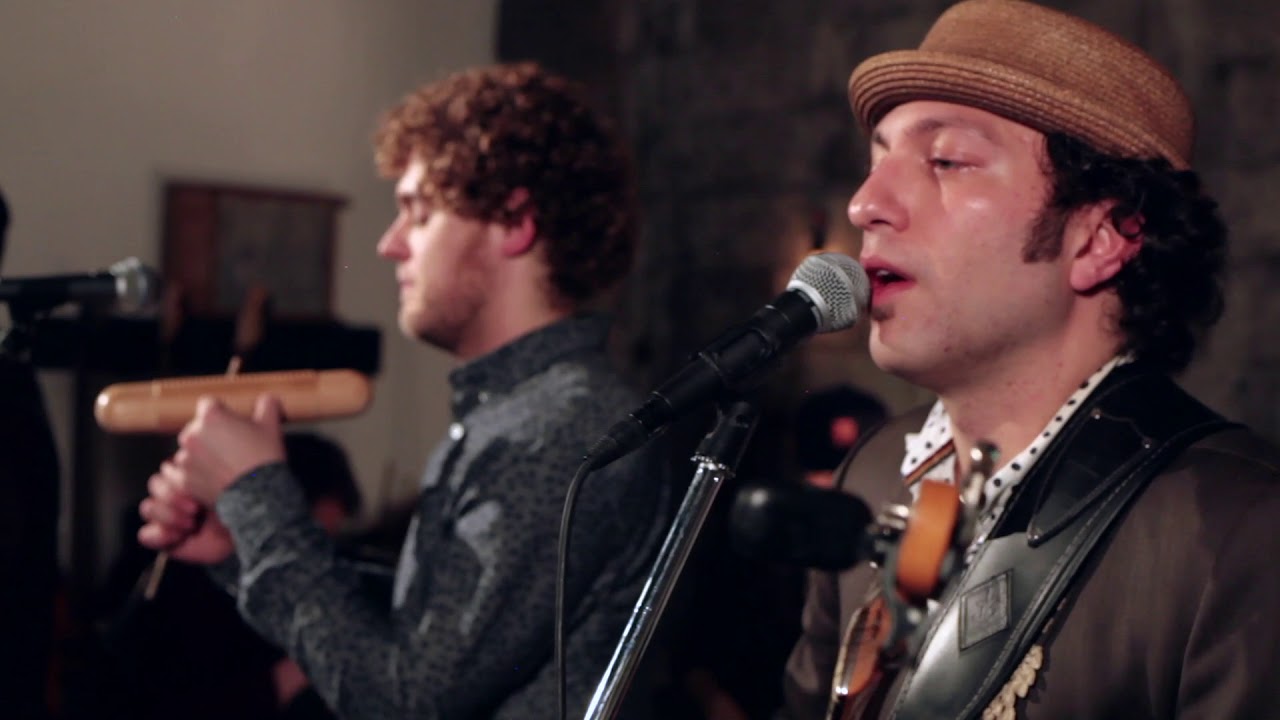 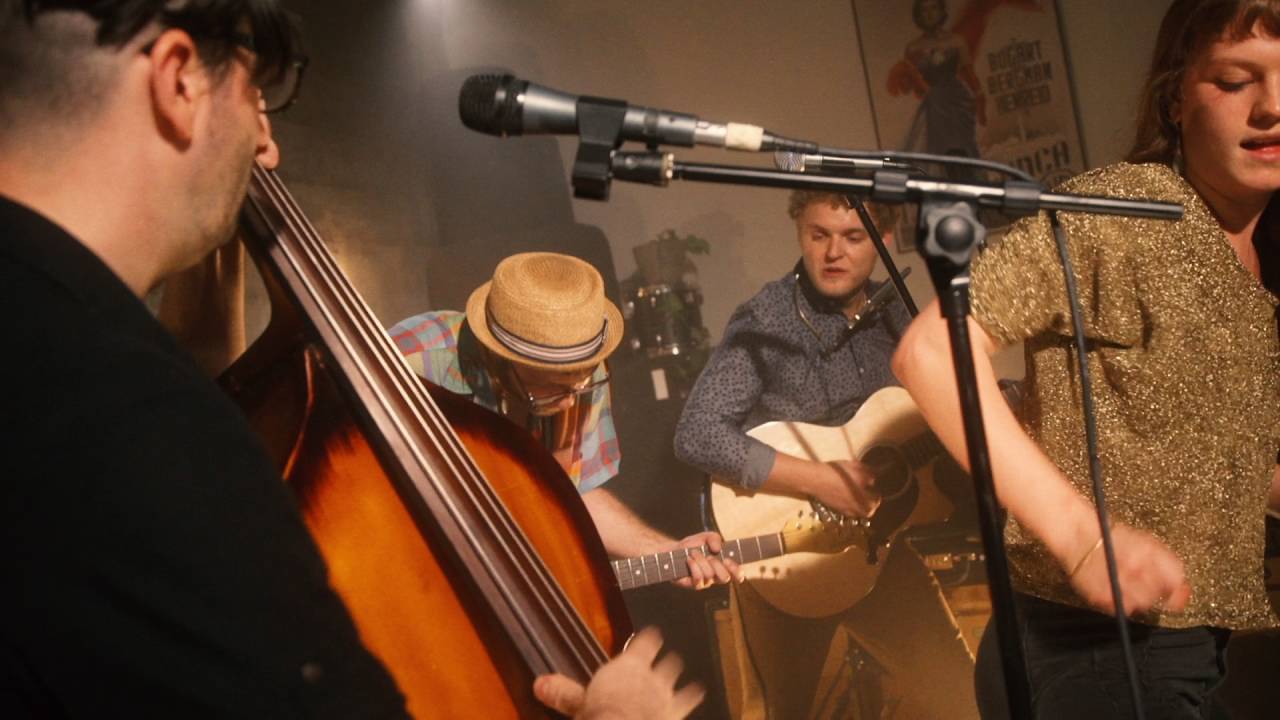 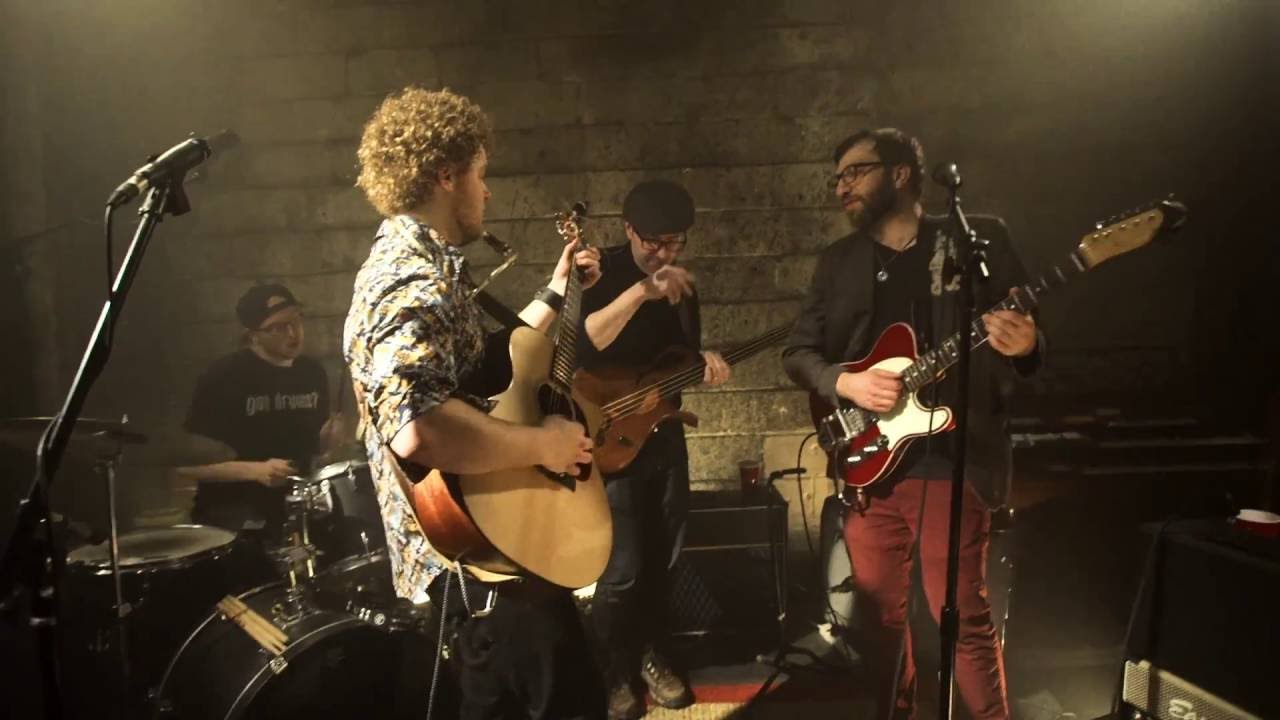 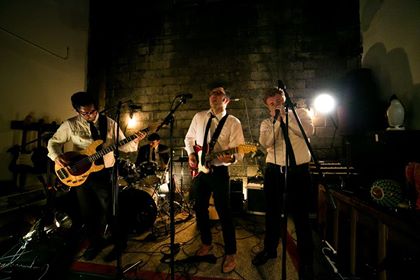 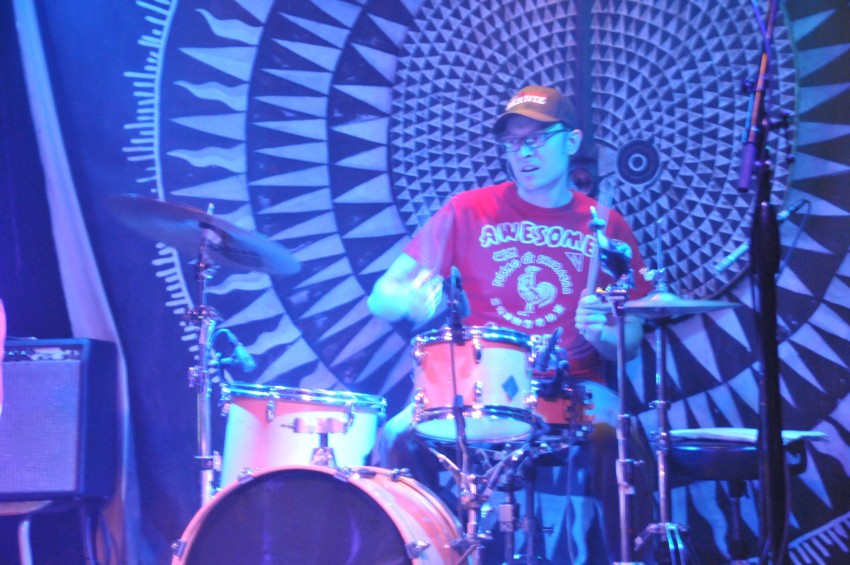 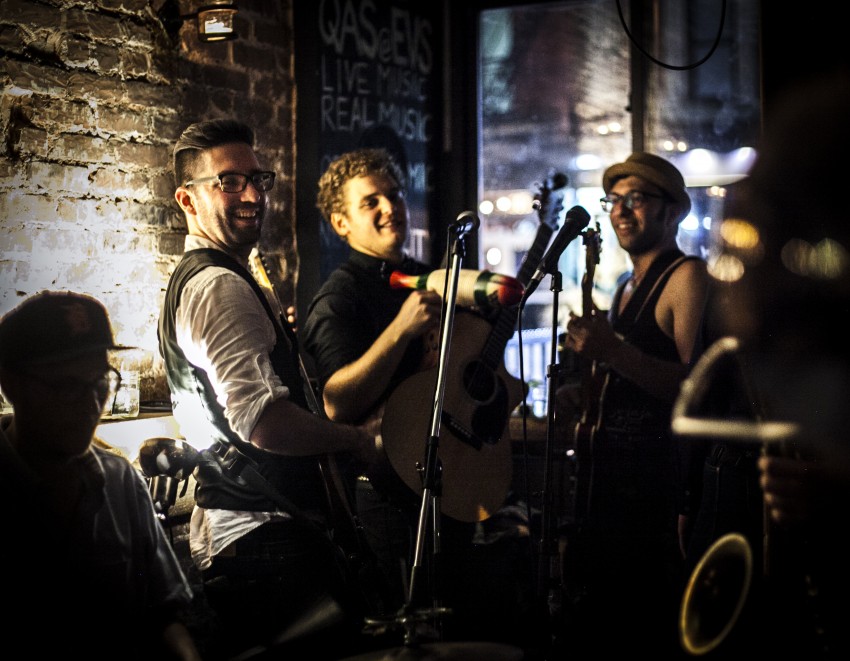 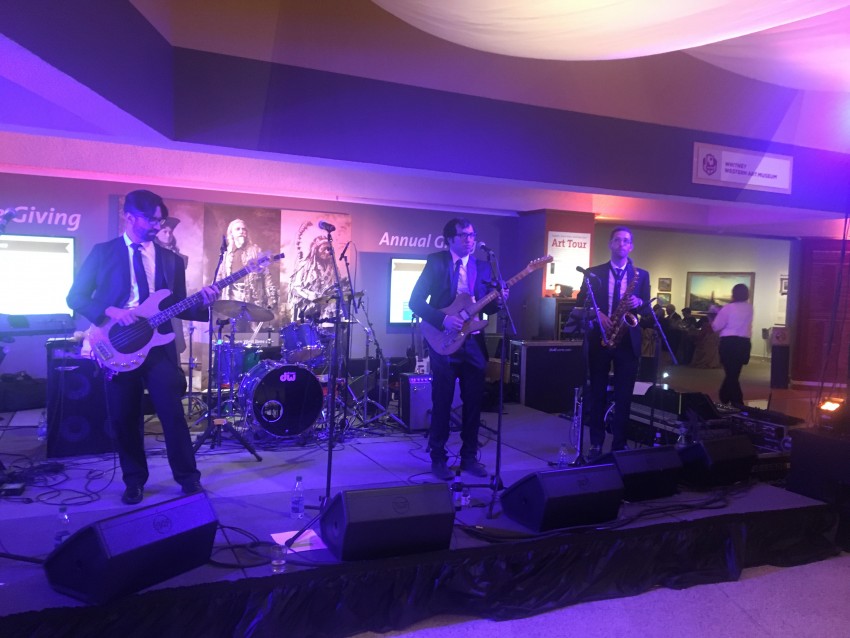 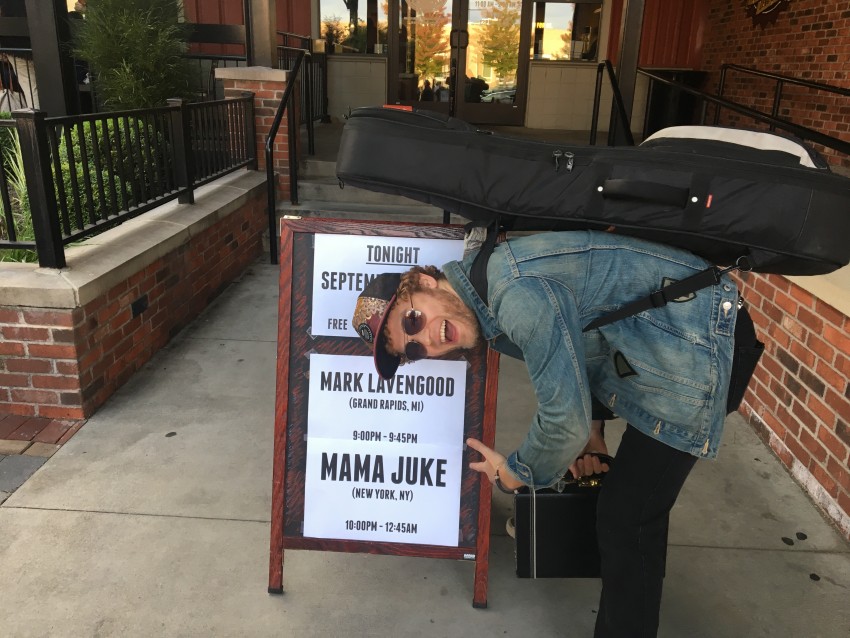 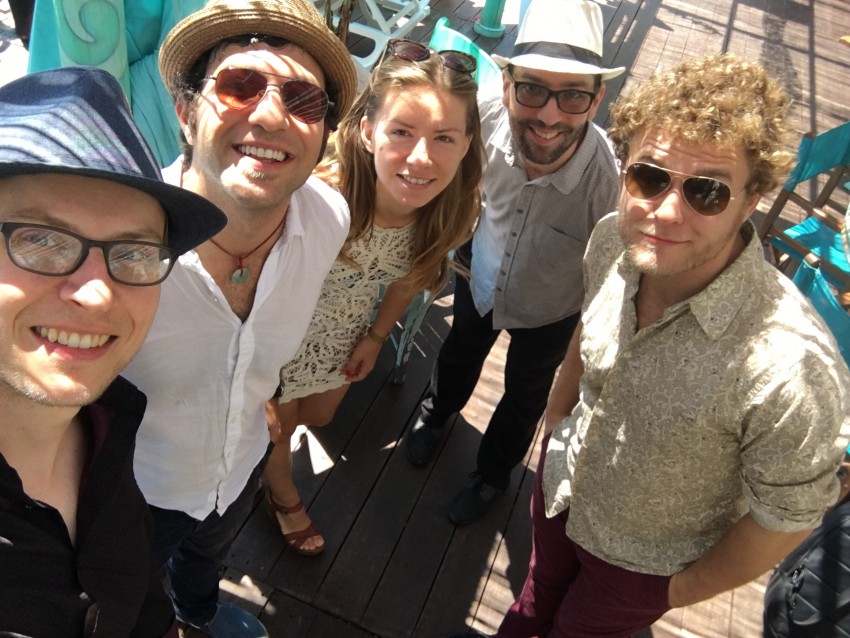 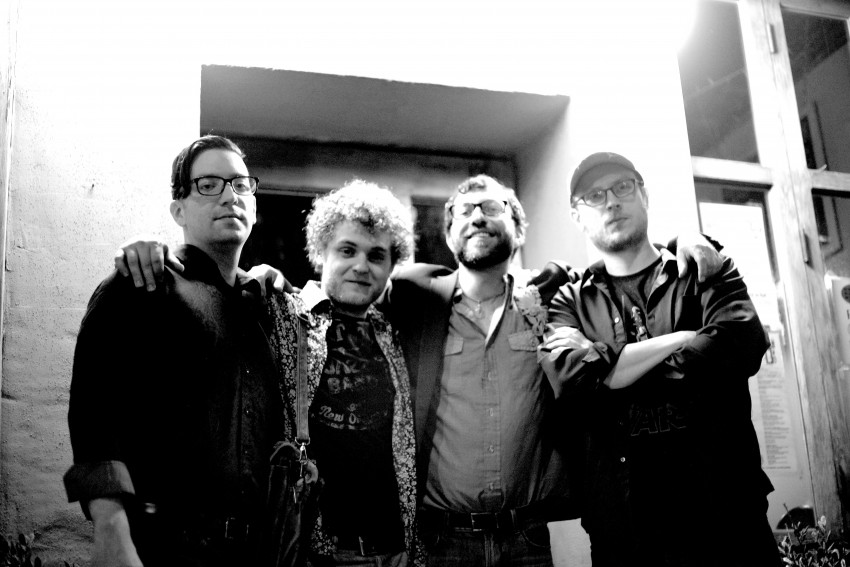 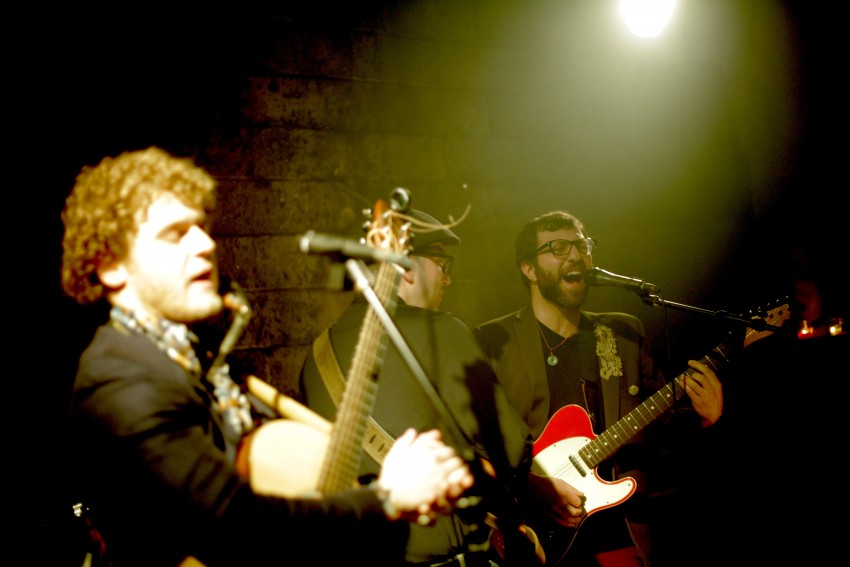 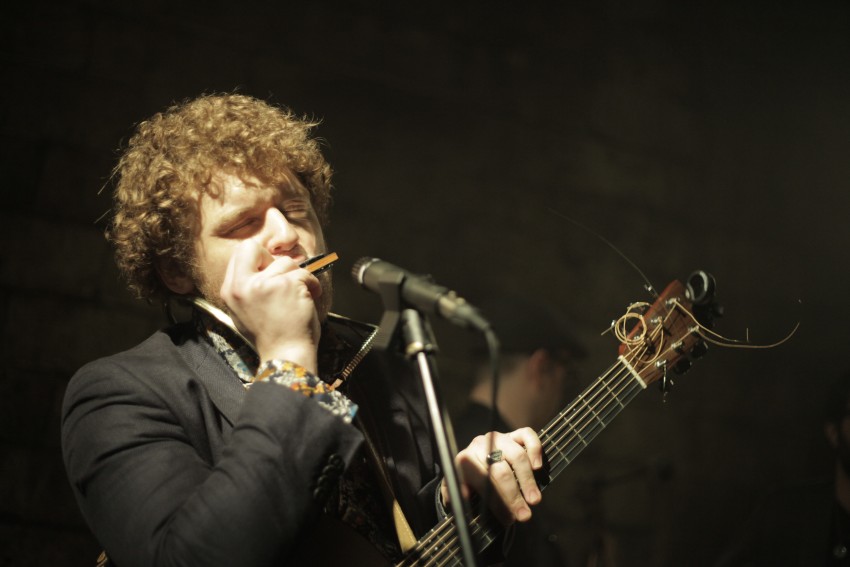 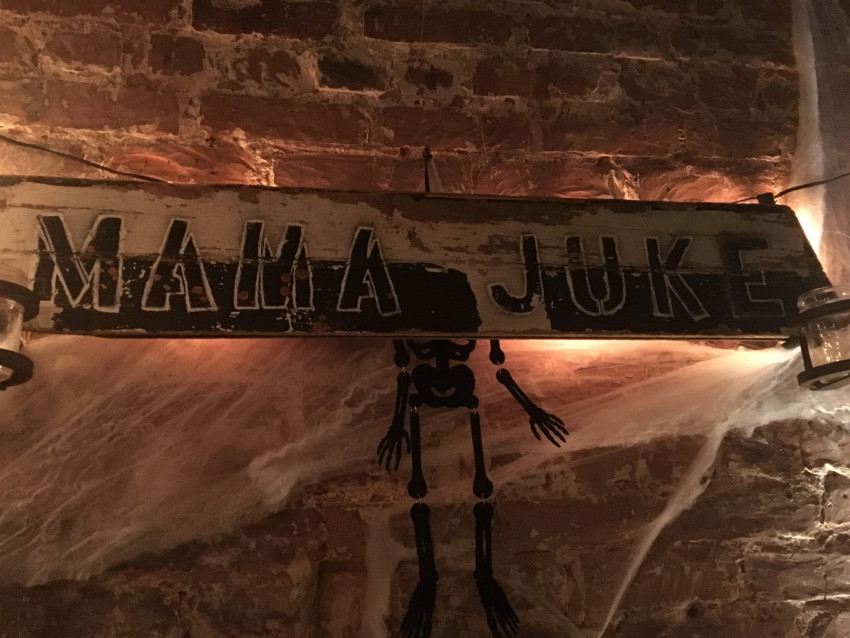 Mama Juke is a live rock'n'roll band with an expansive repertoire, a classic but modern sound, high-level musicianship, 4-part harmonies. Dubbed "a party volcano" by the Village Voice. Hire Mama Juke if you want the guests at your party to talk about "the band" for years to come.

Mama Juke played my wedding this past Saturday. My now husband asked me where we can review them and ensure that the entirety of NYC understands how phenomenal they are. Starting with Gig Salad since I booked them here! I was on the hunt for a non-traditional wedding band, but who would still be okay with some traditional wedding notes (such as having to follow timing for speeches, playing music from an IPod for our ceremony because it was a musical that needed to be from the original score, they played the Hora, etc...) Beyond professional, checking in, very responsive to inquiries and requests along the way- they were a pleasure to work with. Jon (the band member who helped coordinate everything) is masterfully organized and professional. Also, just super cool guys.

Their set list is phenomenal- they have such a solid vibe, but also incredible artistry. It was very important to us that whomever we found was able to play "The Weight" by The Band. This is how we actually found them- we saw a clip of their harmonies and knew we had to see them live. They killed it, we booked them, and they killed our wedding. We had roughly 130 people there and more than half of them have inquired with us about how they can see them again and book them for events. I was incredibly nervous because the one thing I cared about most was the music. I just wanted our guests to have fun and be entertained, and they so organically made that happen. Zero force, zero pretentiousness, and zero cheesiness. They were INCREDIBLE. Honestly, I feel like I stole them- I absolutely hope they raise their prices because they are SO worth it. I can't wait to see them play live again and again and again. I know my guests will be looking forward to it too. The way I describe them is "extremely talented musicians of their own right and even more masterful playing as a band". You will not be sorry if you book them, I promise you have no need to look further or be nervous!!! I am beyond and over the moon with how phenomenal they made our wedding. THANK YOU Mama Juke!!

PS-we owe you a few drinks in the village! :)

Knocked it out of the park!

Played all the bands and songs we requested and filled in the rest of the time with great tunes. Really nice guys and super talented! Punctual, too! Thanks!!

Thanks Ariel! It was our pleasure to be involved with your Dad's special occasion. Stay in touch, hope to see you at a show in NYC sometime!

These guys are the greatest!

Mama Juke made our wedding reception a fun and memorable experience for everyone. They've got that perfect blend of musical talent and personality that gets everyone onto the dance floor. They also played a bunch of our guests' requests and it was just great vibes all around. Could not be happier with how it went. Thanks Mama Juke!

Thanks so much for the kind words, Nick! We had a great time, it was an honor to play for your wedding. Stay in touch, hope to see you around sometime at a show in the city, we've got public shows all the time.

The guys were extremely easy to work out plans with, super professional and very talented musicians. Everyone was raving about how good they were. Loved the cover list to choose from spanning many genres but with their own sound. Would definitely recommend and use again. Thanks guys!

One of. NYC’s Absolute Go To Bands

Mama Juke is one of the most talented, versatile and professional acts I work with. They are beloved in NYC and bring their expert skill and boundless energy to every performance. They are often my first call when I need to book a band that can bring the party and do it employing an impressive variety of styles.

Insurance: $2,000,000 - We can purchase daily policies that cover any venue's requirements

"...Last months show was like a party volcano...So if you missed out come this friday and get your dose of funk-bluegrass-rock and blue eyed soul..." - The Village Voice

"...Mama Juke have an incredible sound; it’s raw, it’s real, it’s beautiful and vibrant, and on top of all of this – their songs are fantastic, offering classic after classic and with every track proving to be as addictive and uplifting as the last..." - Stereo Stickman

"Come here on TUESDAYS for Mama Juke - the best band East of Broadway (in my opinion.) They have guest performers come in and play with them as well so no show is the same. Last night they did a KILLER rendition of "Let's Stay Together" by Al Green and also one time saw them coordinate a song to a tap dancer's taps. AMAZING." - Cassie S. Yelp review

Mama Juke has a broad repertoire on over 300 songs in virtually every genre of American music from the 1900's until now. They've honed the live show over dozens of performances to know how to appeal to any audience and get a crowd engaged and on their feet!

You can expect a great time at any Mama Juke show with plenty of positive, fun vibes and energetic, infectious tunes! Just check out our reviews above, or glance at our reel to get a good impression of the band.

MAMA JUKE is a gumbo of New Orleans influenced blues, blue-eyed soul, funk, and folk. Actor/singer Elijah Bridges brings elements of bluegrass and rag with his soulful harmonica, acoustic guitar, and voice. Amos Rose is a world traveling multi-instrumentalist who also sings and plays lead Telecaster guitar, and was recently featured by Jazz at Lincoln Center. Pete O'Neill is an in-demand session musician, and bassist recently featured in the New York Times. Drummer Jon Wert is a sought-after musician in the NYC rock and jazz scene. The result is a four-part-harmony freight train just a-hummin' down the rails. The band has original music as well as a crowd-pleasing repertoire of cover songs. They've held a weekly residency at East Village Social, a St. Marks music hub in the heart of the East Village, since September 2015.

After constantly hiring each other for countless gigs, the band's four founding members played together for the first time at East Village Social for a one-off gig. After turning a house party into a block party, MAMA JUKE were promptly offered the weekly spot, and decided to unite permanently.

Continuing since that fateful September in 2015, the boys can be found on Tuesdays at EVS. MAMA JUKE has played gigs for audiences of all types all over New York City, including several other residencies. They've toured the South and Midwest, and have also played for international patrons in Nice, France. They've played weddings, festivals, cocktail lounges, concert stages, and everywhere in between.

minimum of 2 standard outlets near the stage. We can provide the rest!