Step into a world of Imagination...

...and celebrate with favorite friends! 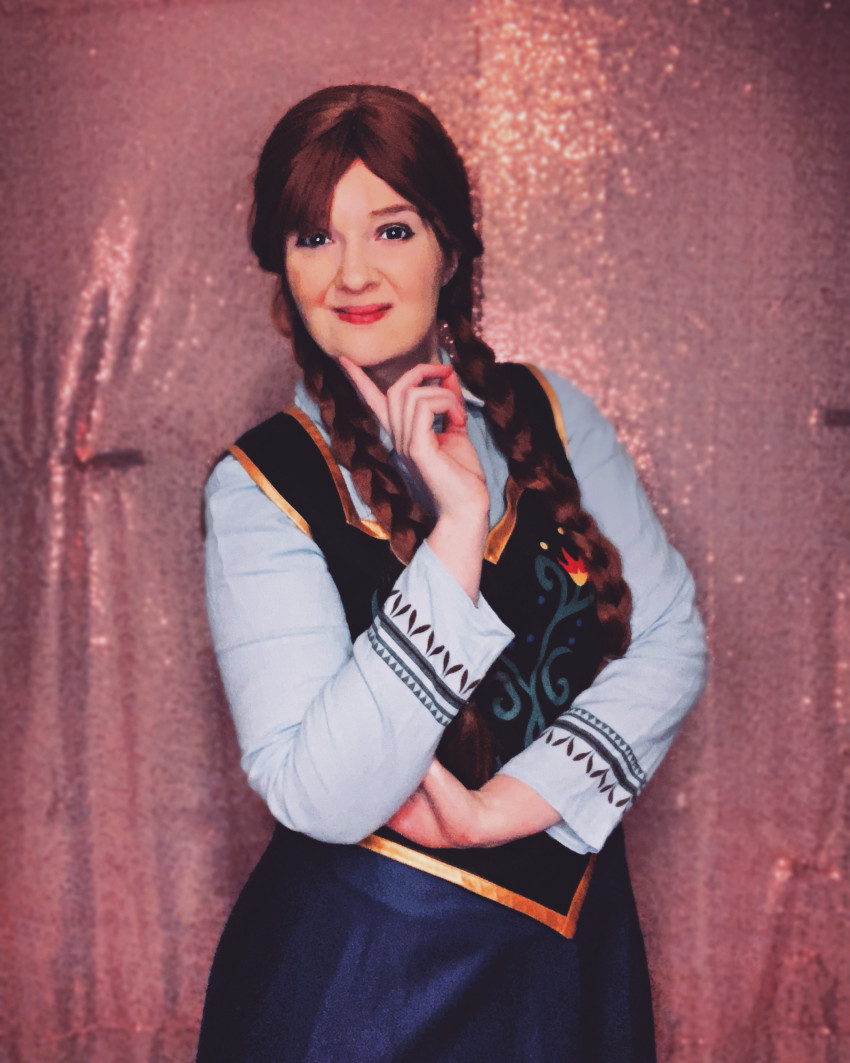 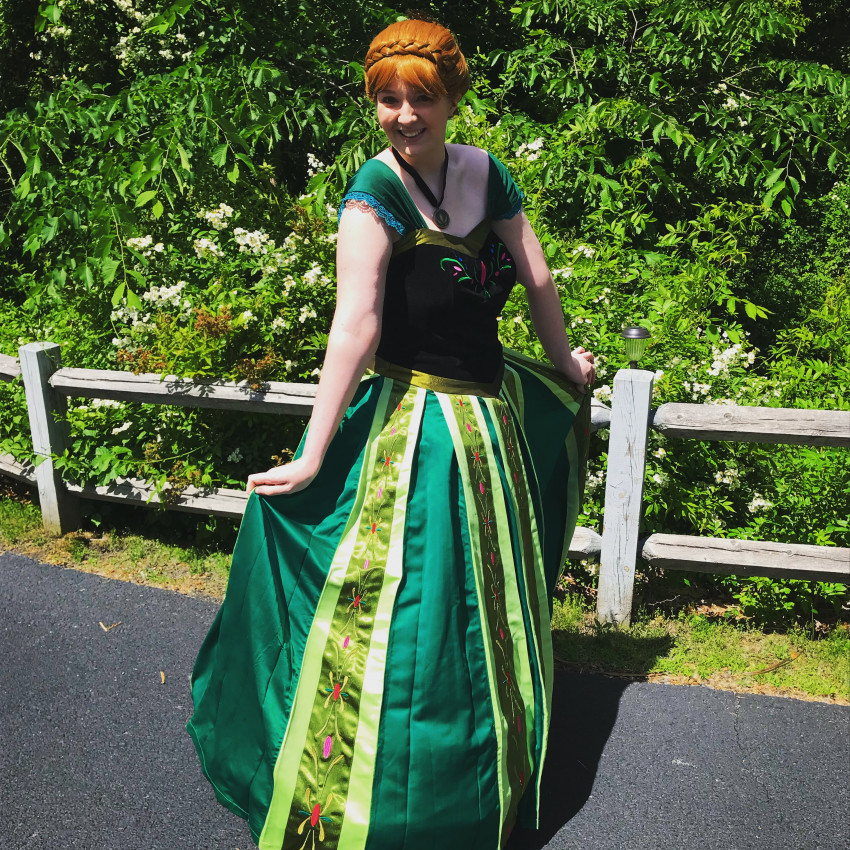 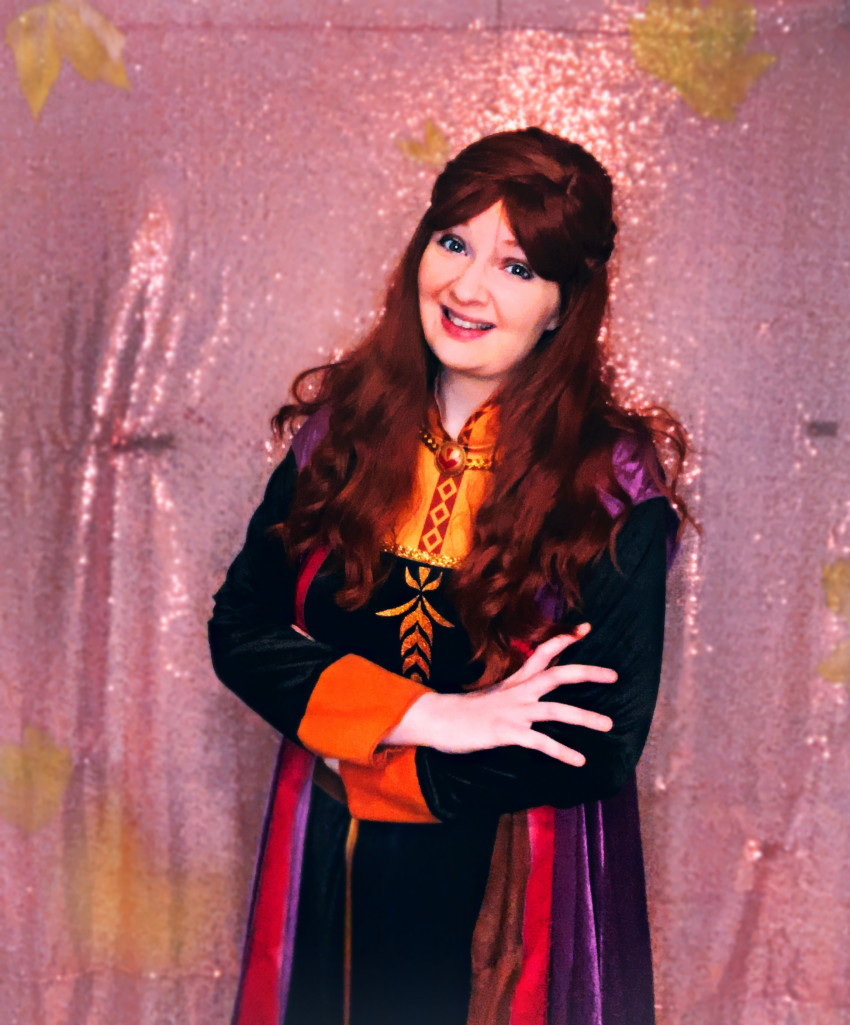 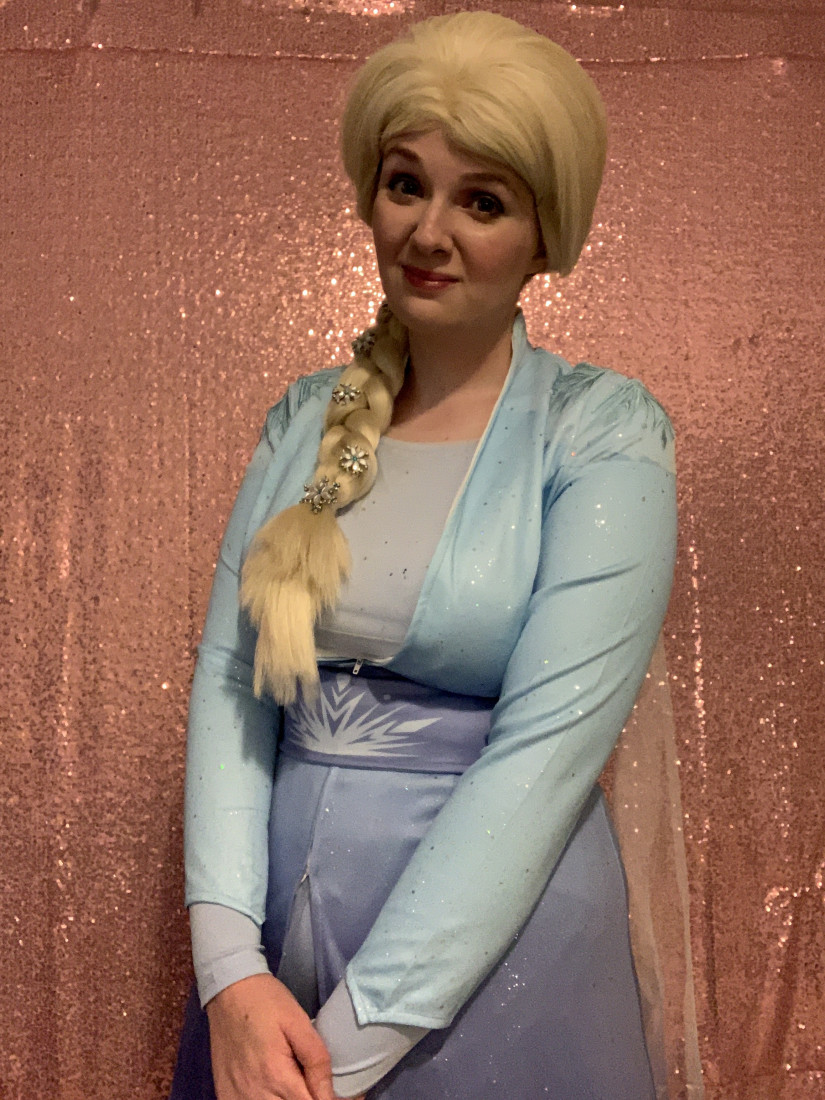 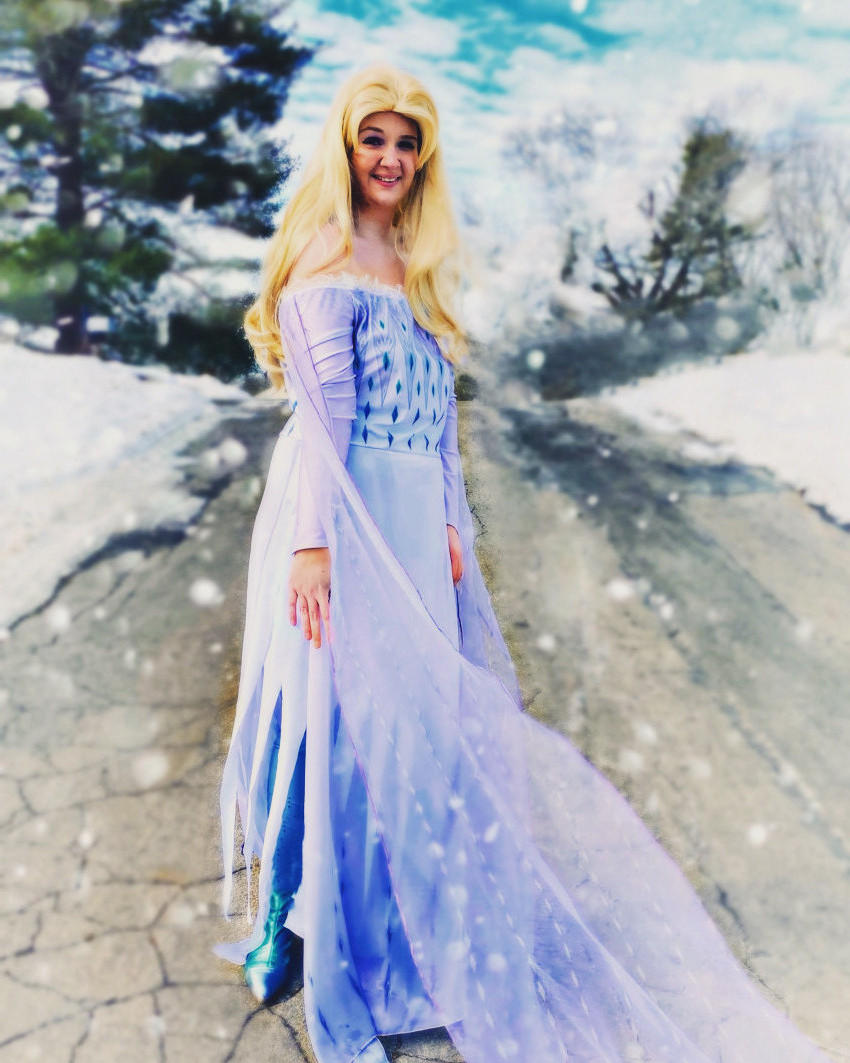 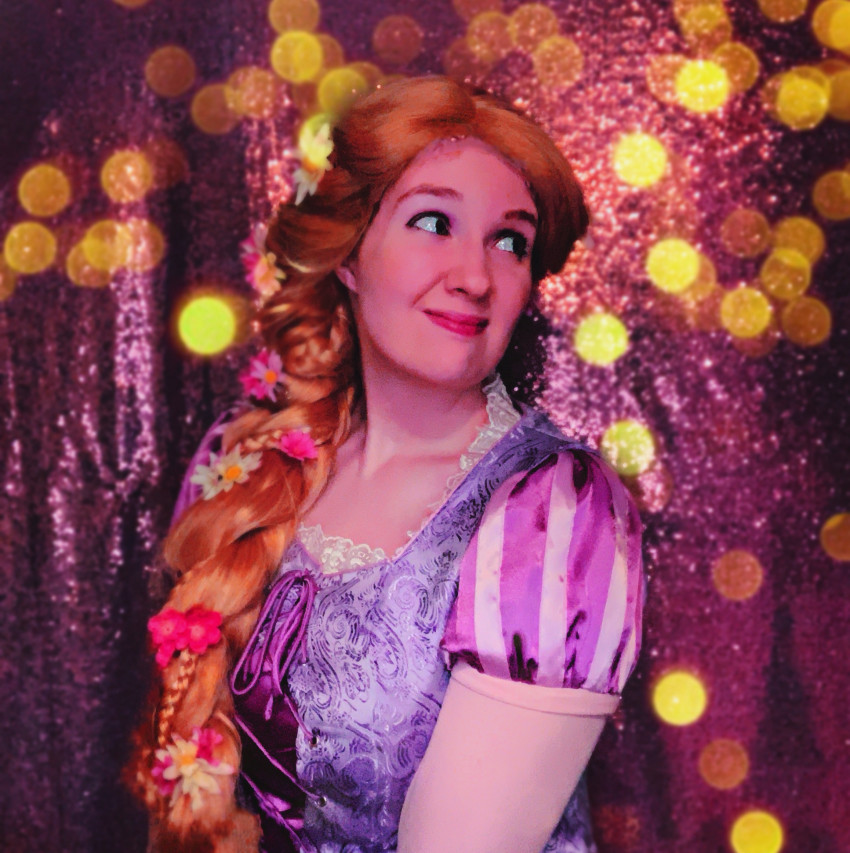 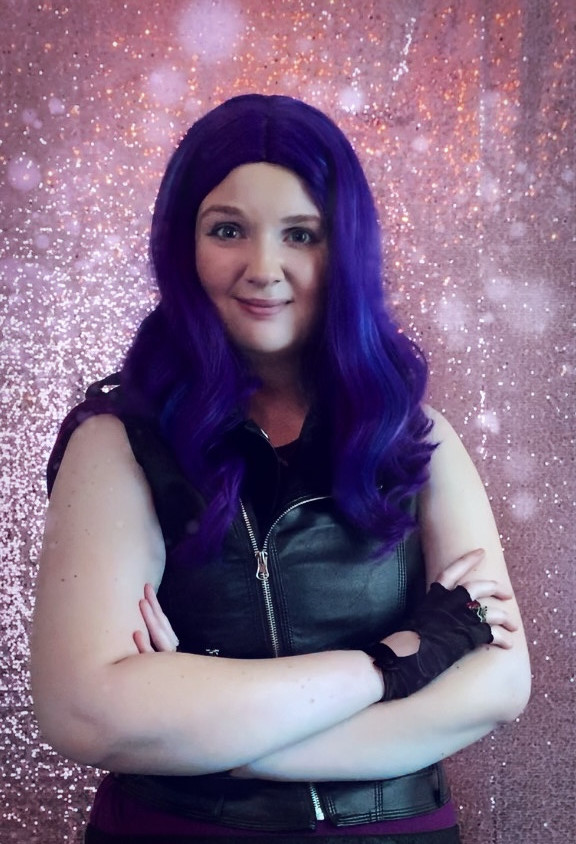 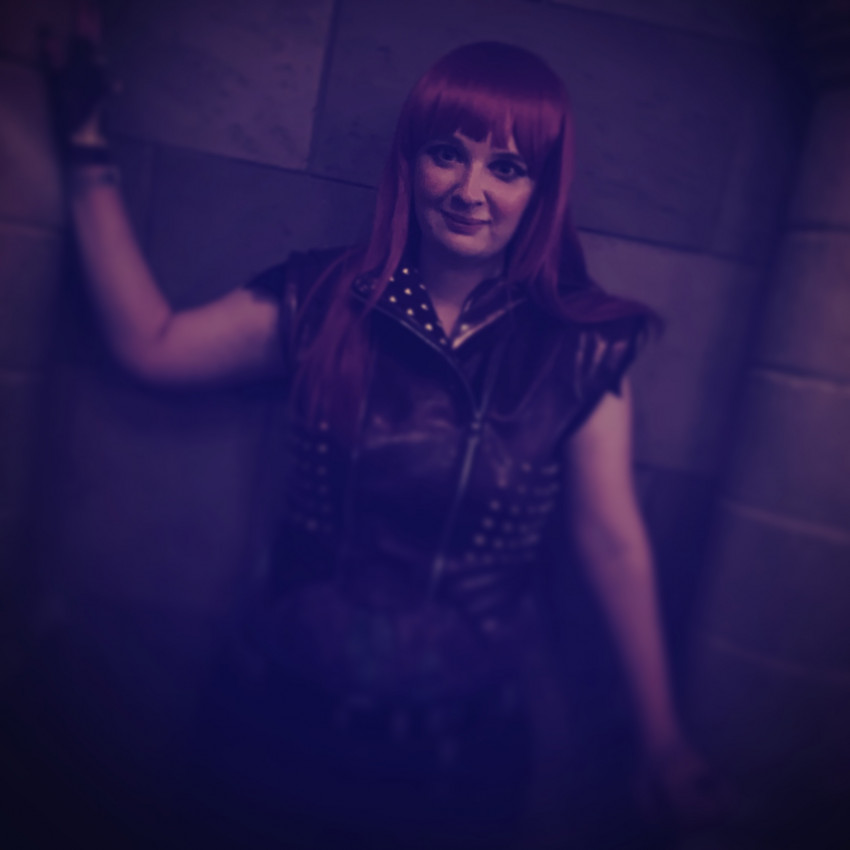 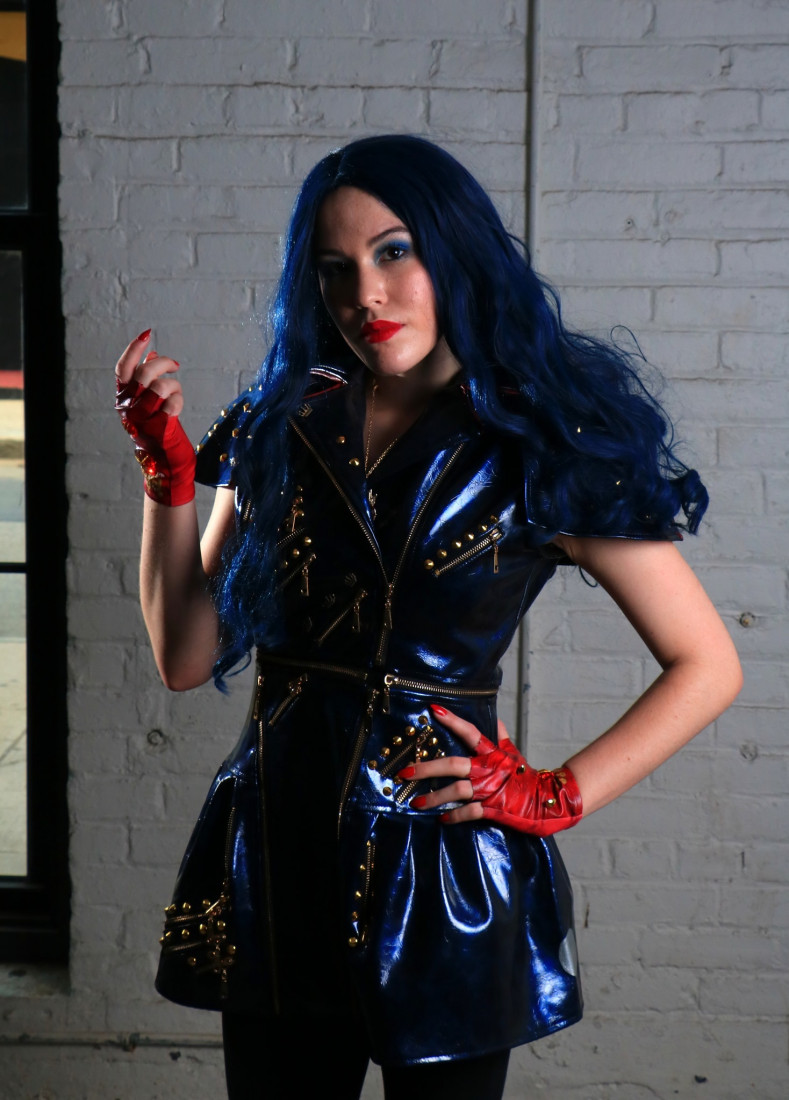 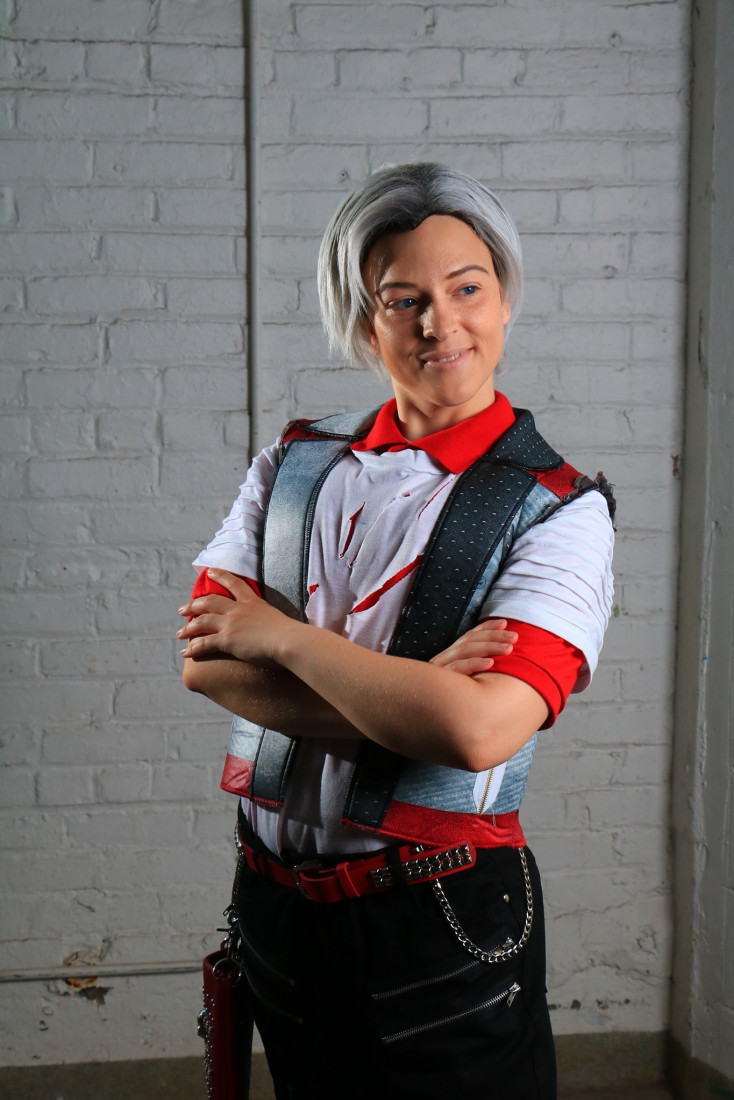 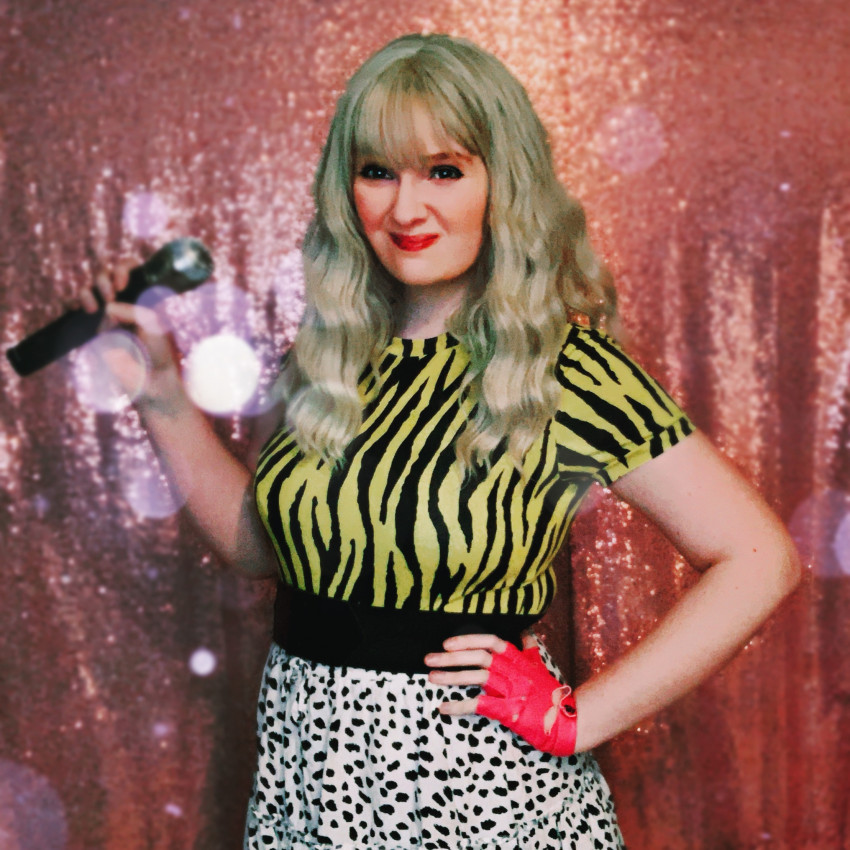 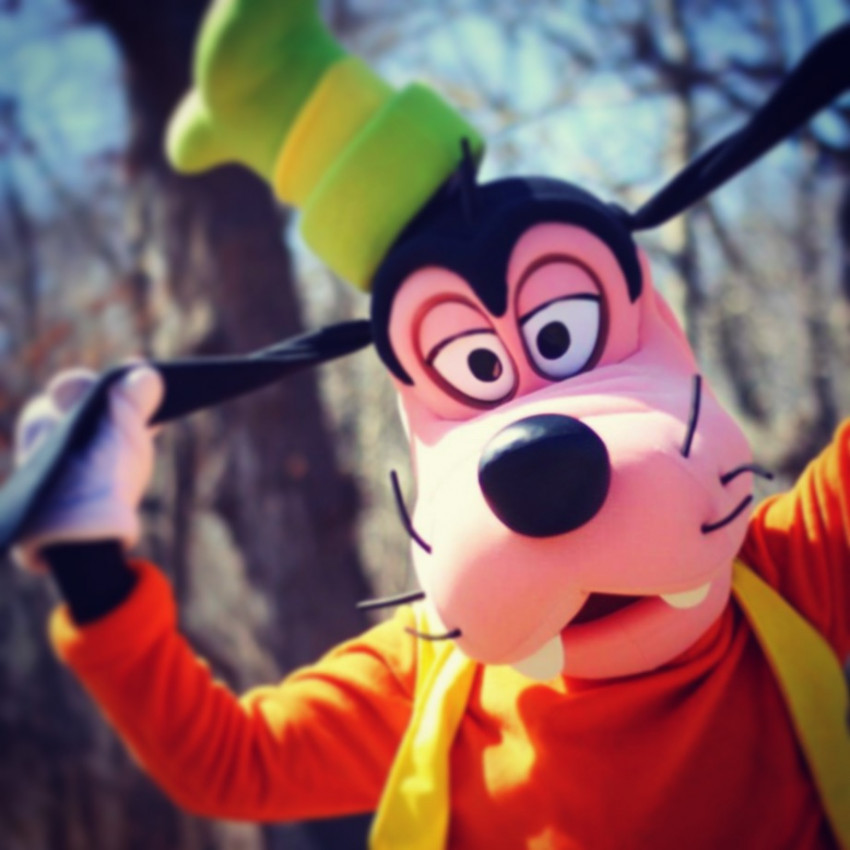 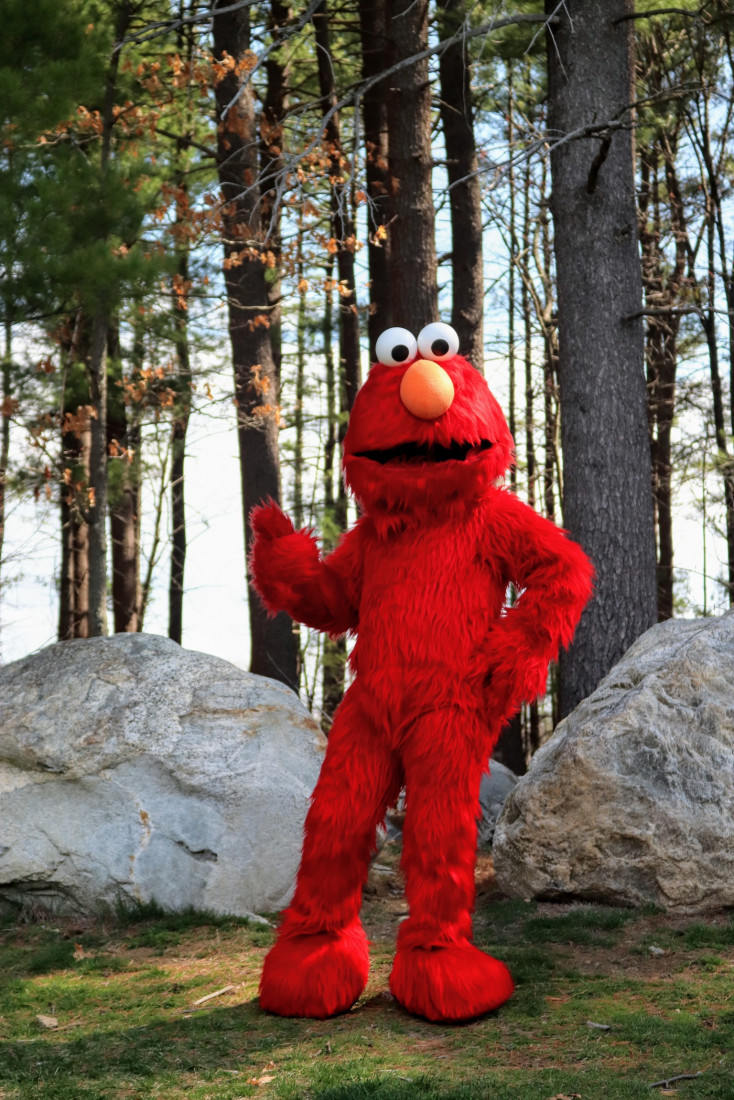 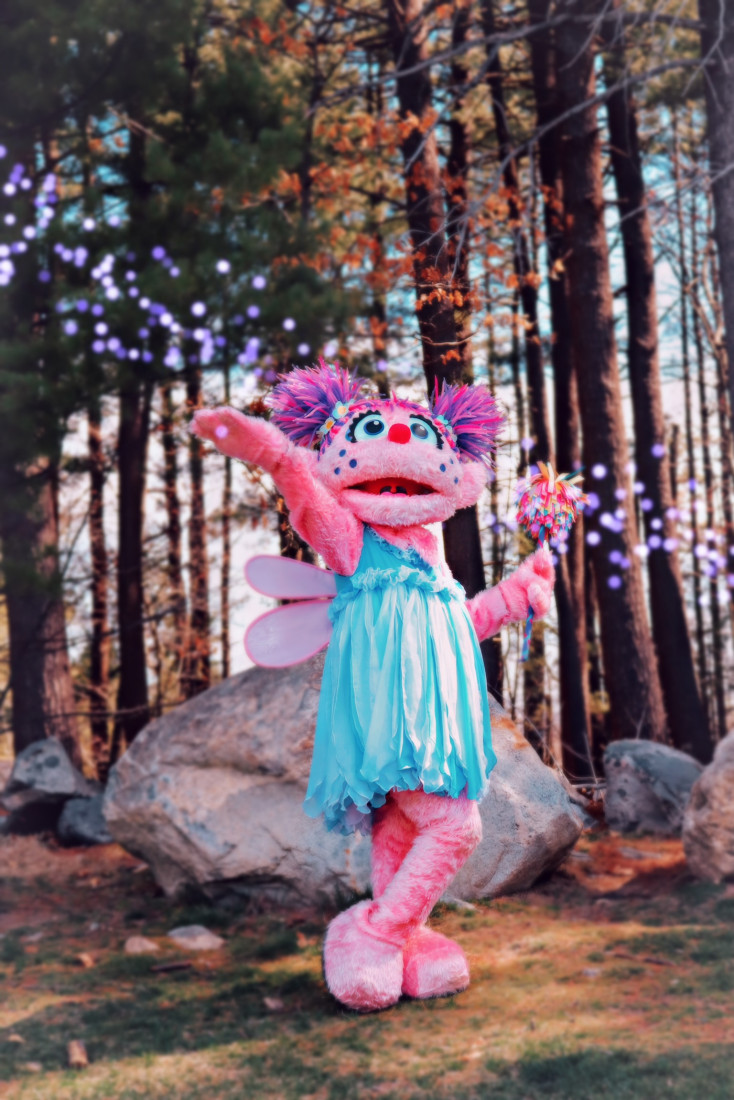 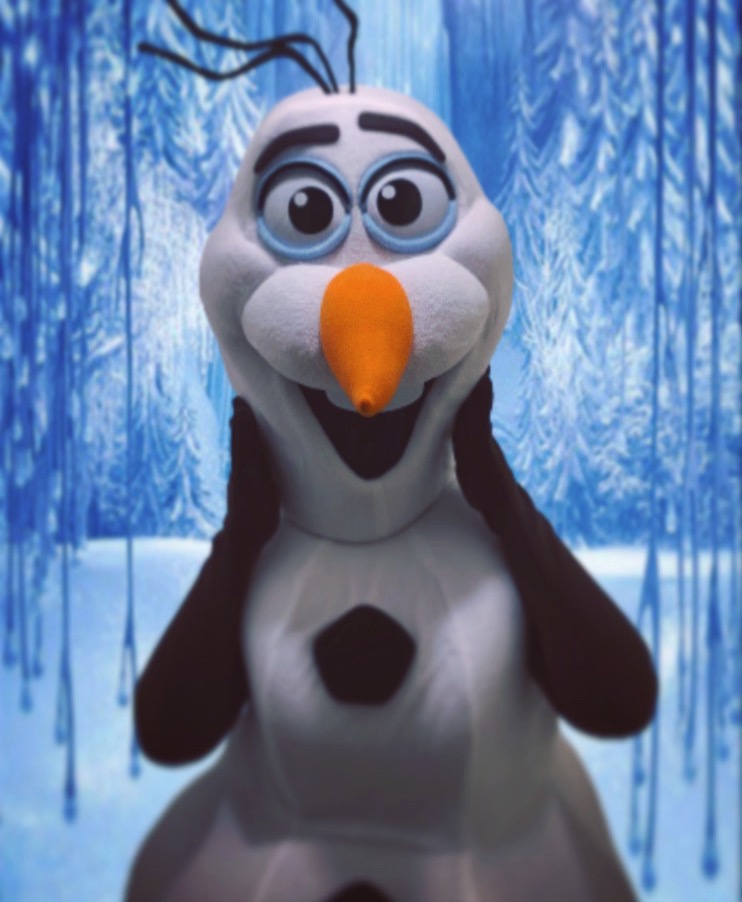 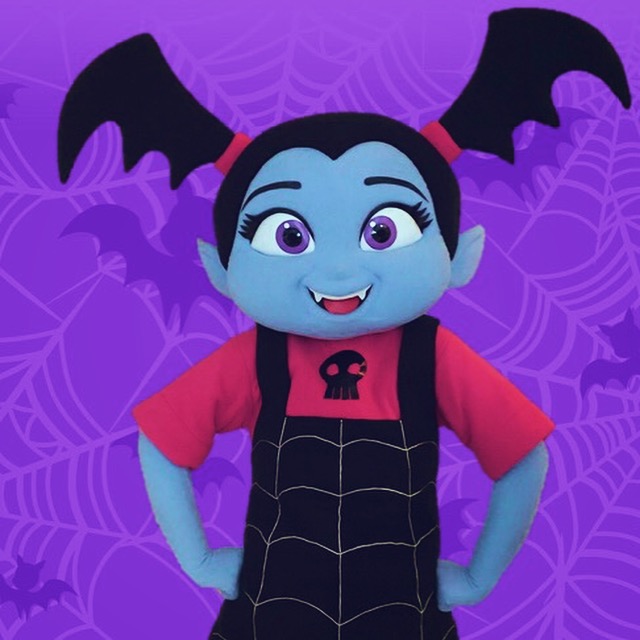 No matter what the holiday...

...we have an outfit for any occasion!

Shows you won’t find anywhere else! 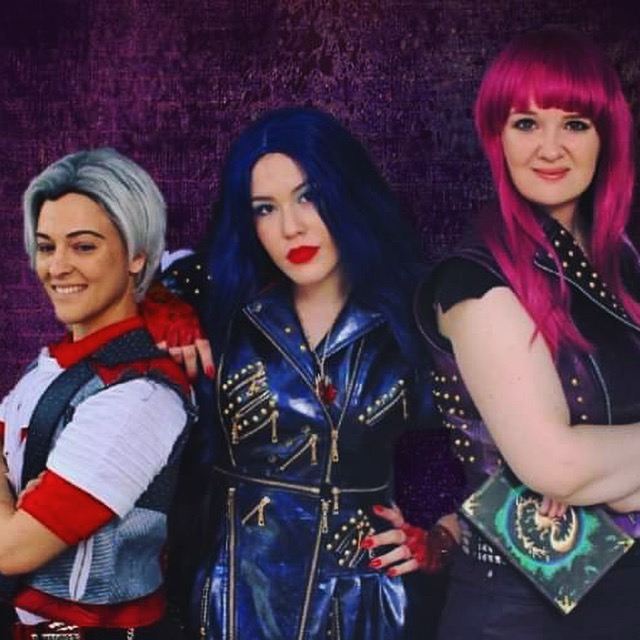 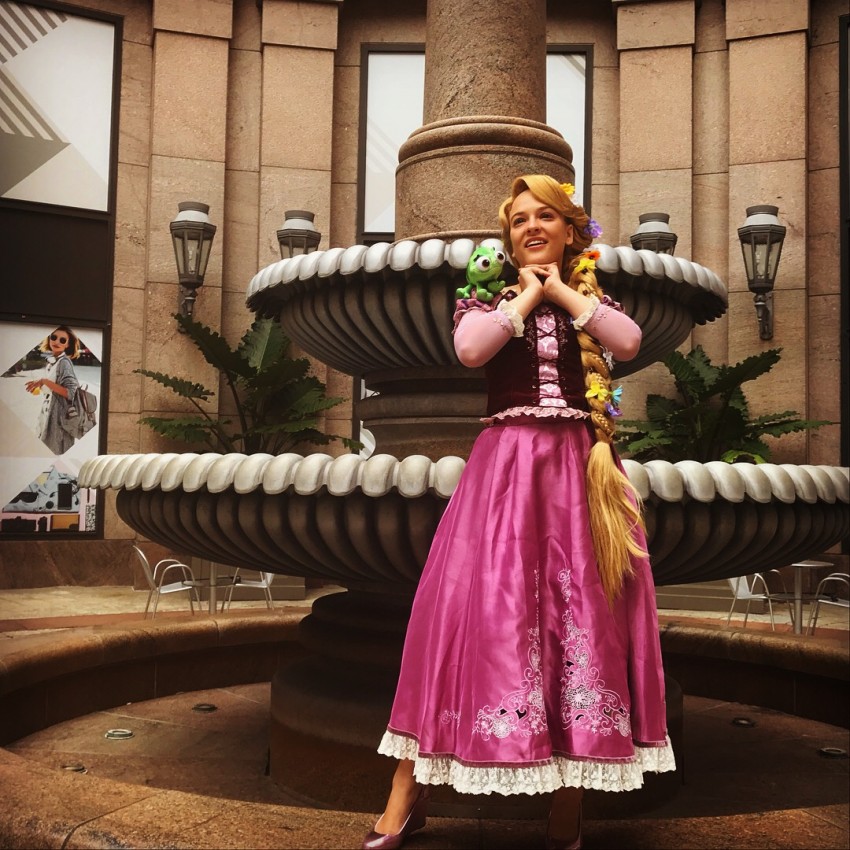 The most authentic costumes and performers! 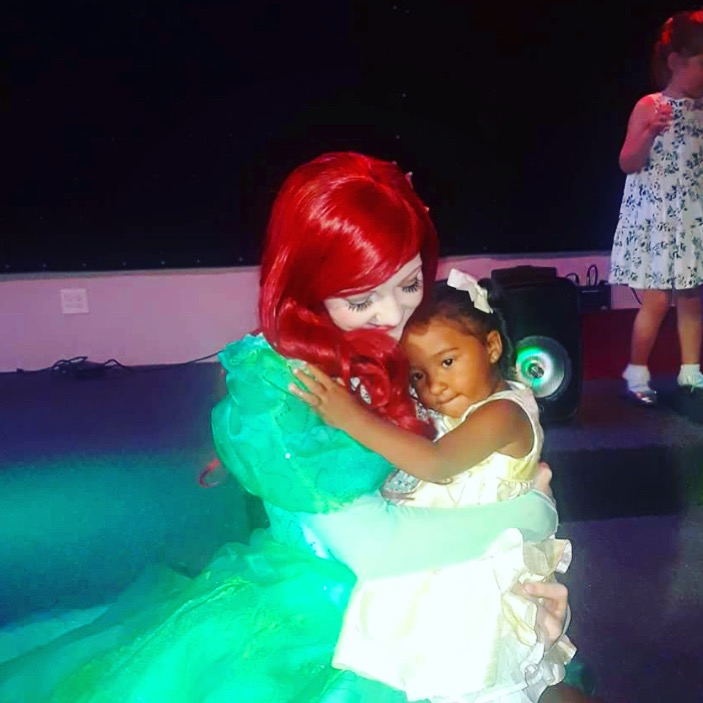 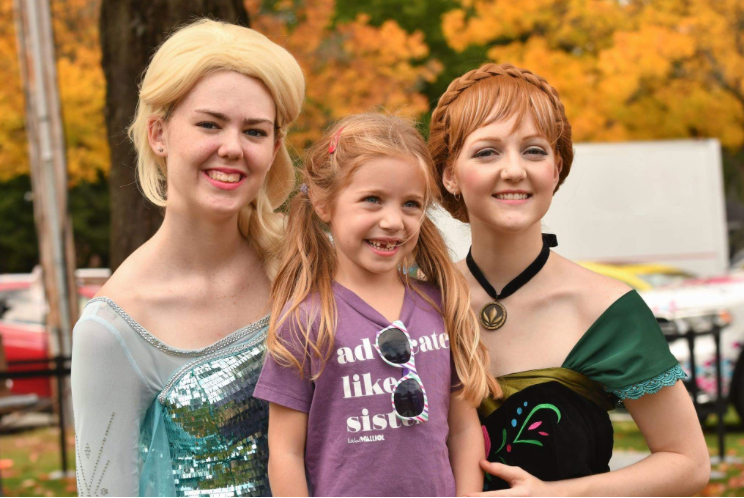 Creating memories that last a lifetime 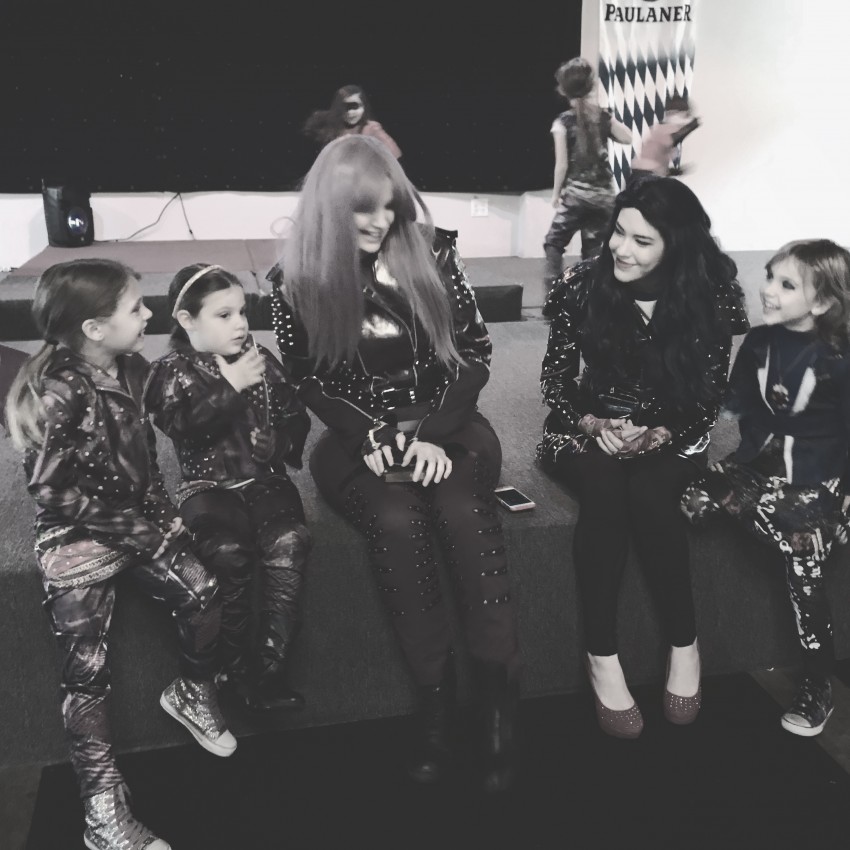 Sharing memories that last a lifetime

Ready for any type of party! 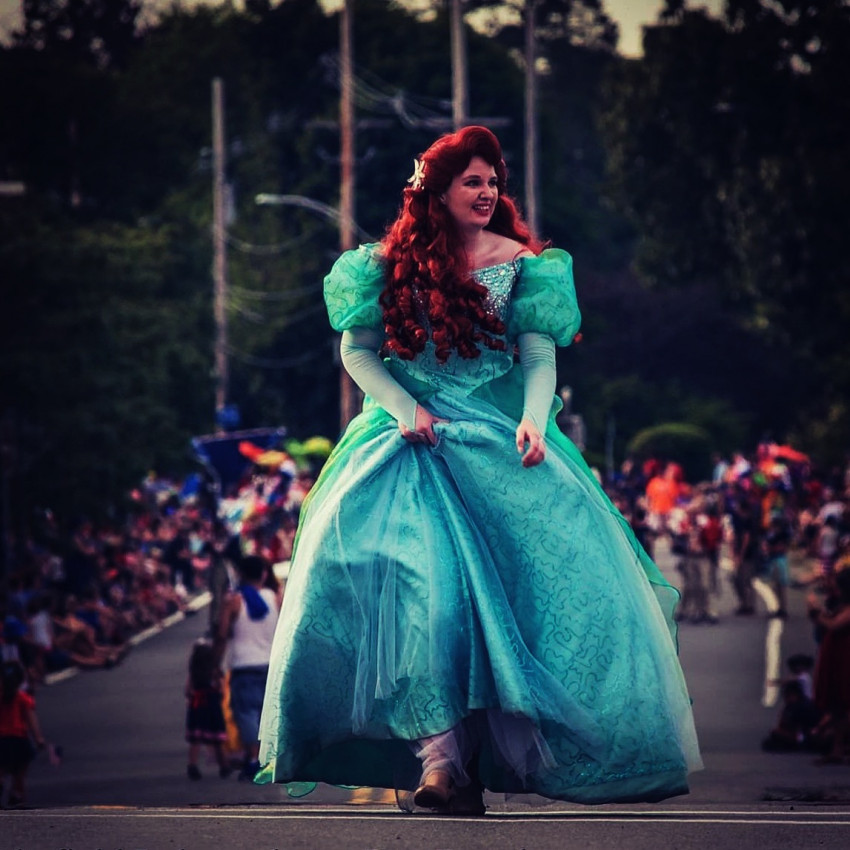 The highlight of any event!

The Snow Queen brings her icy magic to Middlesex County 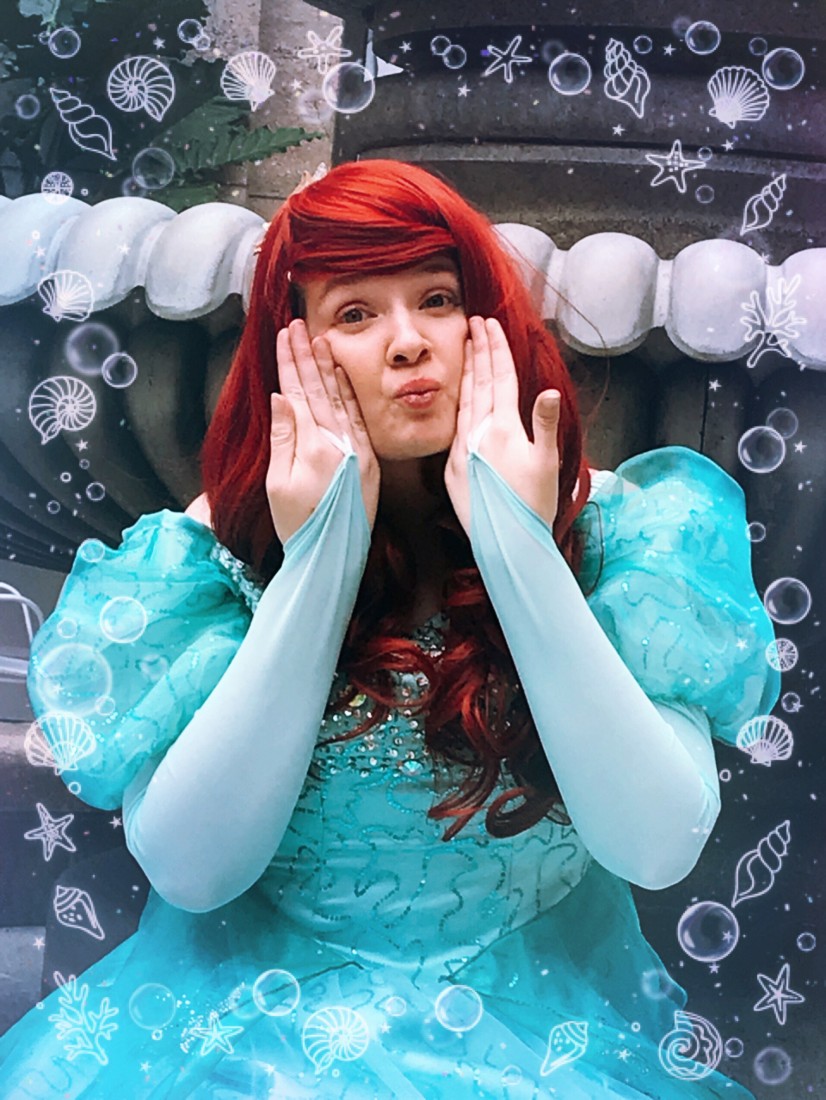 The Little Mermaid sending hugs and fishes in Boston! 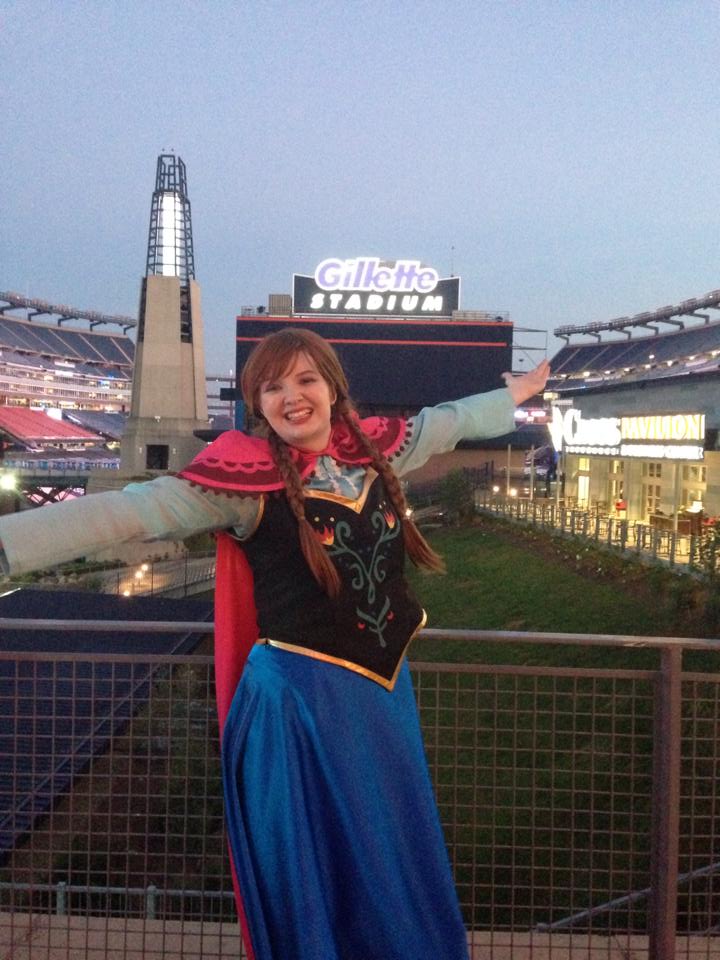 Welcome to Making Magic, your premier entertainment source for children’s parties and events! With over 20 Princesses, Superheroes, and Mascot Characters to choose from we have something for every event and pocketbook!

From LIVE musical performances and storytelling to dazzling glitter tattoos and face painting to MA’s only talking and singing mascots, let our amazing team take you into a world of magic and take your next event to new heights!

We had a little Mermaid party for our daughters 3rd Birthday. Making Magic company made it very special for my daughter. We had a mermaid character and face painting. All the kids loved it. Story telling time, games and Birthday cake cutting was so well planned and enjoyable. Special present for the birthday girl made it even more magical. Very well entertained and enjoyed by everyone. Will definitely call them again!!!

Thanks so much for the review Shanu! We had a Magical time with you!

Minnie was excellent and the kids had so much fun!

Thanks so much Kristen! Ms Mouse had so much fun celebrating with you!

And we are very pleased that we got to be a part of your celebration! Thanks for Making Magic with us Nensi!

The 60 minute performance was great and our 2 year old loved it. The performers were enthusiastic & their assistant kept everything running smoothly.
The time included the birthday song & some pictures with the birthday girl afterwards. We would definitely recommend them for your next event!

Thank you so much for having us Jose! We had a wonderful time bringing the street to life for all of your guests!

They were wonderful!!!! I will hire them in the future.

We had a magical time celebrating with you! Meet us on the street anytime! ✨

Great communication throughout the quoting & booking process up to the day of the event. The kids loved Goofy, and the performance was a hit!

Thank you so much for your review Sean! We are so happy Mr. Goof gave a fantastic performance!

Emily was great, she did everything that was programmed!! Very professional.

Thank you so much Keren! We had a fabulous time entertaining your guests!

Due to covid, my son was unable to have a traditional party with all our friends and family members. The Disney characters were the next best thing! He was so surprised and so happy. They were on time, friendly, and so great. Thank you for an unforgettable 3rd birthday for my son!

Thanks so much for celebrating with us! We had a fantastic time!

Mickey Mouse was everything we wanted and more! A wonderful performance from Mickey left everyone at the party in amazement! Thanks again!

Thank you Ali! We had a fantastic time celebrating with you!

I hired Ariel to appear at my daughters party and was very pleased with the services and felt I got a good value. The special chair Ariel brought to sit on was a nice extra touch. The crown and certificate for the birthday girl and rings to pass out to the kids at the party were a nice bonus as well.

Thanks so much for the review Ashley! We had a magical time!

Overall Experience Was Good, But Could Be Improved

We had Anna and Elsa from Making Magic Characters perform at my daughter's party. Anna was great, her costume, hair, and makeup was very believable and she interacted well with the children and knew the story well. The Elsa, however, was not. She didn't appear to put any effort into hair and makeup to look like Elsa and was not believable. She did not seem to know the story and looked to others for queues to move it forward. There was a third person who helped move the story forward which was helpful, but I had to ask a few times to turn the music down because the children could not hear the characters speaking- it would have been better to have a microphone or something for the girls, rather than having the AV drown them out. Lastly, I expected the characters to entertain the children more. By this I mean engage and keep engaged. Instead children became disinterested and wandered off and the characters did nothing to try to re-engage (for example when teaching a dance). Overall, it lacked performance value.
That said, the time at the party was good- it was almost 1.5 hours- and both characters were very accommodating when it came to pictures with children, so that was appreciated. And, of course, having the characters there at all was positive and a good experience for the children.

Would recommend. Did nice job with singing, story telling

And Mickey enjoyed you! Thanks so much Erin! We hope to Make Magic with you again soon!

We had Cinderella come for my daughters first birthday party and she was amazing. They are so professional and the kids loved every minute of it.

Thanks so much for the review! We had a wonderful time celebrating your daughter’s birthday with you!

My name is Ven. My daughter's birthday was yesterday. Girls did a great job. Very entertaining. Kids were so happy, especially the birthday girl. Everything went great. I do recommend them and I will tell other moms too about them. Five stars!!!! Everybody loved their performance.

Thank you Ven! The Snow Sisters had a wonderful time with your daughter yesterday! We hope to Make Magic with you again soon!

The kids loved them!

Emily was very professional along with her staff. They were all so very accommodating with regards to my sons special needs. I would work with them again in the future! Thanks guys for all your hard work in making my kids party a success :)

Making Magic Performers - Worth Every Penny.

We hired the Making Magic Performers for my daughter, Ava's 3rd frozen themed birthday party, and they truly exceeded all of our expectations. They covered every aspect of the party beforehand and communicated well with how we wanted the party to go. My daughter and her friends were amazed and in Awe with how magical it was to have them at her party in person. Anna, Elsa, and Olaf performed live scenes from the frozen movie, sang songs, played games, and provided face painting for each of the guests at the party. I would highly recommend them for any event, they were worth every penny.

Thank you for submitting a review! We had such a wonderful time celebrating with Ava and all of her friends! We are so glad we could provide such a magical experience for you, and we look forward to Making Magic with you again soon!

I can't thank MMPC enough for making my daughters Winter Onederland extra special! The best part they stayed in character. The kids absolutely love them and the parents have pictures and special memories. They tell stories and have sing a longs. Thank you Elsa Ana & Olaf for making Isabella's birthday unforgettable.

At Making Magic, we strive to make every event a magical one. Our one-of-a-kind packages are filled with experiences you are sure to find no where else. From our custom made sing along shows with live singing performers to our personalized certificates and gifts you will be dazzled to what we have to offer!

As per current standards with our recent global pandemic, we are currently operating with an updated version of our packages that is created to keep both our cast members and our guests safe.

All packages come with the following:
- sing along
- storytelling
- games and activities
- Social-friendly photo ops
- personalized gift and certificate from requested character

*WE ARE NOT OFFERING FACE PAINTING/GLITTER TATTOOS AT THIS TIME*

VIRTUAL EVENTS:
All characters are available for one on one virtual chats and personalized messages. You can book a virtual chat of up to 60 minutes with us for $30.00 or a personalized and fully edited video message for $25.00.

Our story begins with our founder, Emily Sullivan. Emily was always fascinated with the world of costumed characters. When she was just eight years old, she started volunteering as a costume character performer at multiple charity events throughout her hometown of Woburn, Massachusetts.

In April of 2012, Emily became a professional character performer for Chuck E Cheese's. During her eight year run with the company, she assisted the characters in more than 20,000 performances across four separate states. Emily was also a three time winner of the "Best in Chuck E Award" and also was called the "Best Performer on the East Coast" by many of the company's highest affiliates and guests.

Emily was also one of the co-hosts and creators of Chuck E Con, a multi-day fan convention featuring displays of Chuck E Cheese Memorabilia, Q & As with past and present cast members, and live character performances. Over 100 guests attended both the 2018 and 2019 editions of the events.

Emily also was invited into the Disney College Program in the Spring of 2020.

In the fall of 2014, Emily got an Ice Princess costume for a Halloween event. She had done so well with the children at the event that guests starting asking if she did birthday parties. The rest, as they say...is history!

Now, six years later, Making Magic is strong as ever. With over twenty characters and packages to choose from there is something for every taste and budget! With features such as our custom made shows, live singing performers, and our specially made presents and certificates, it is no wonder why our guests come to us time and time again.

So contact us today, and see why we Bring Imaginations to Life at the Best and Lowest Price!

If you have chosen Face Painting to be included in your package, we also recommend setting a table or place aside for us to perform this feature. Don't worry about paintbrushes, mirrors, paint, or cleaning supplies, that is all supplied by us!