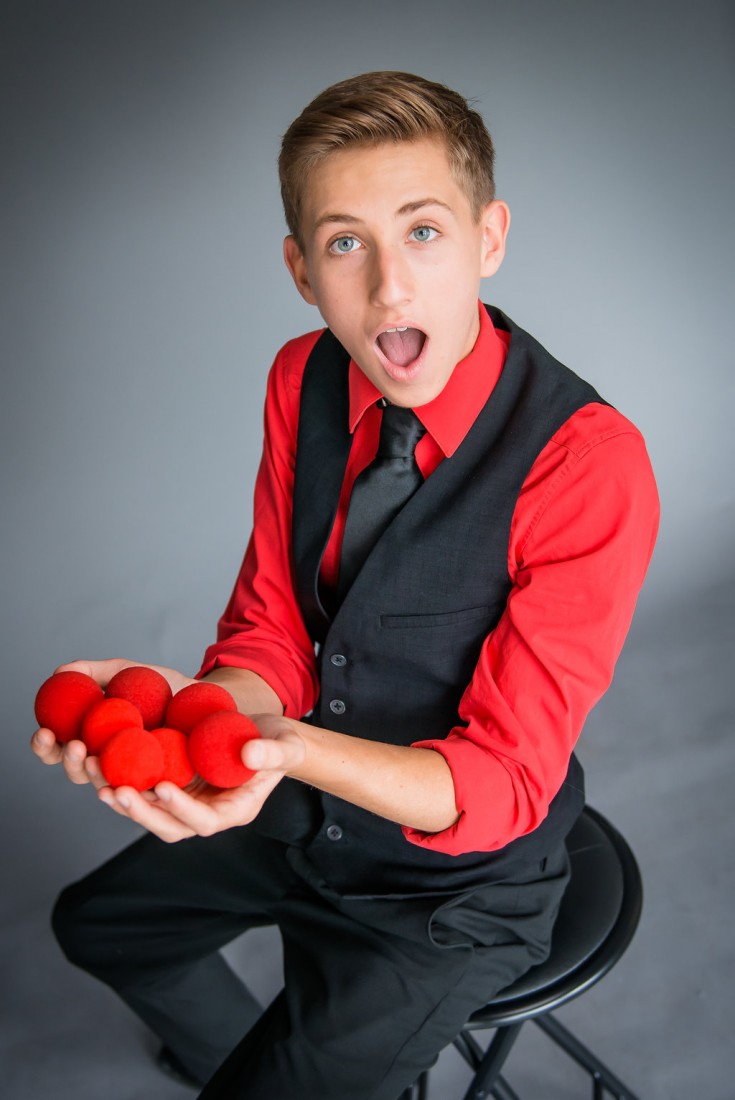 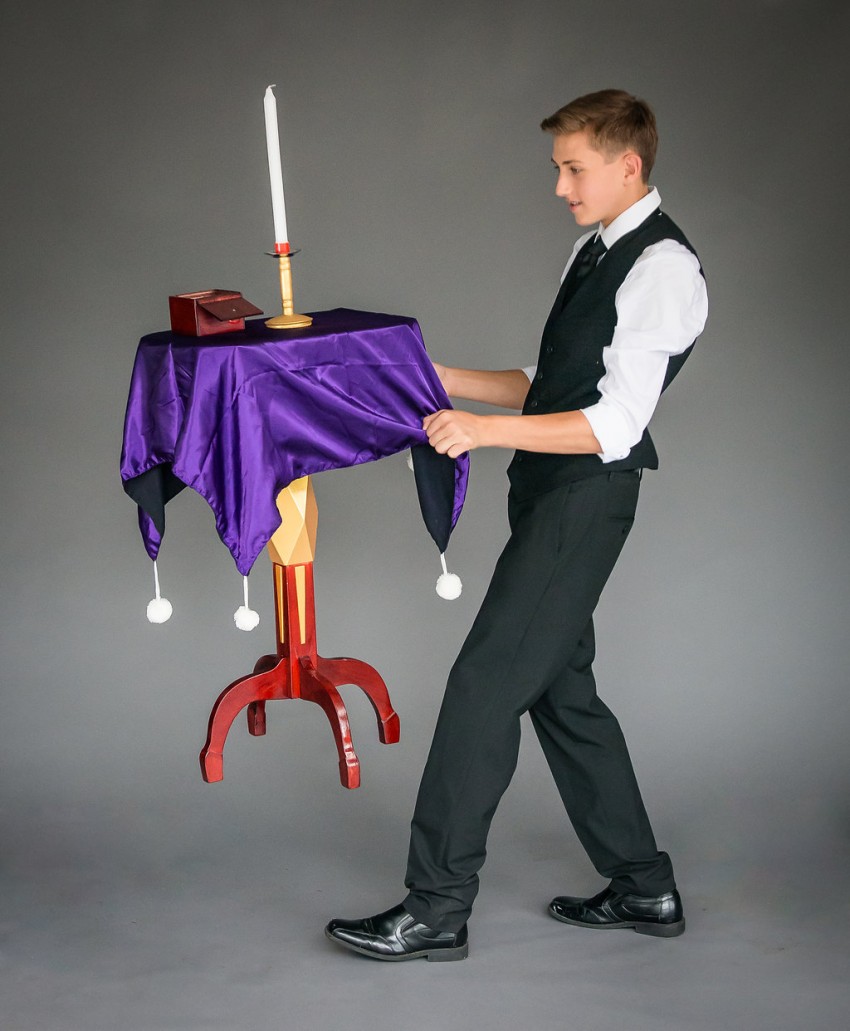 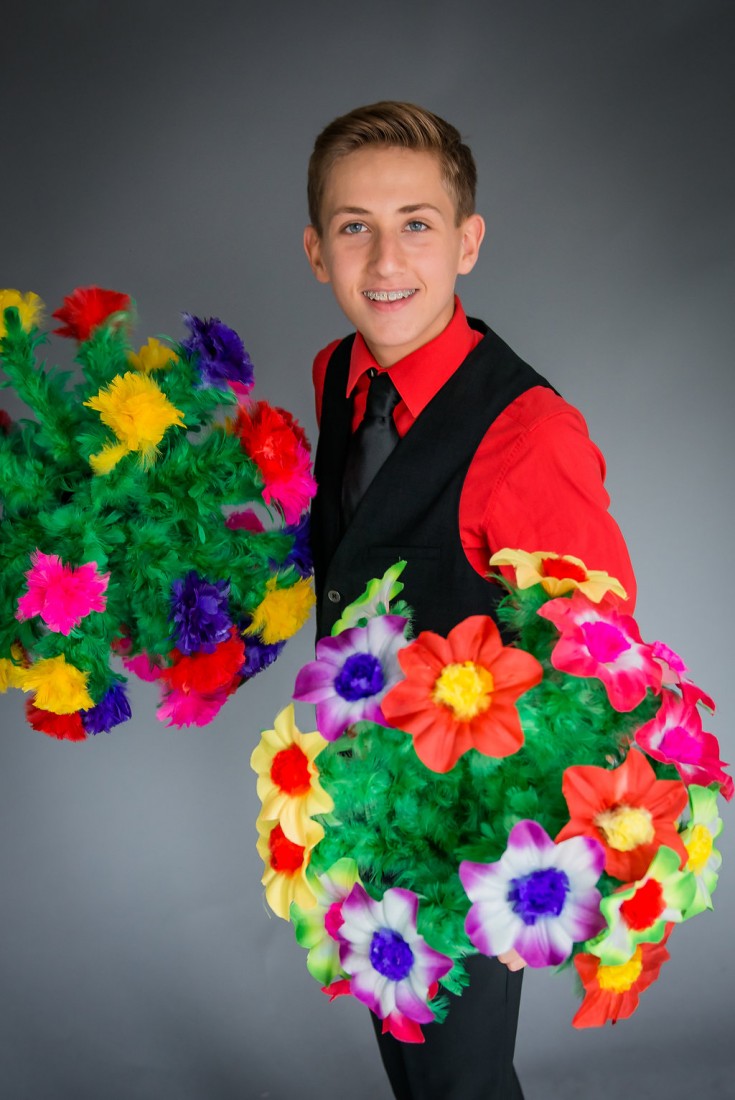 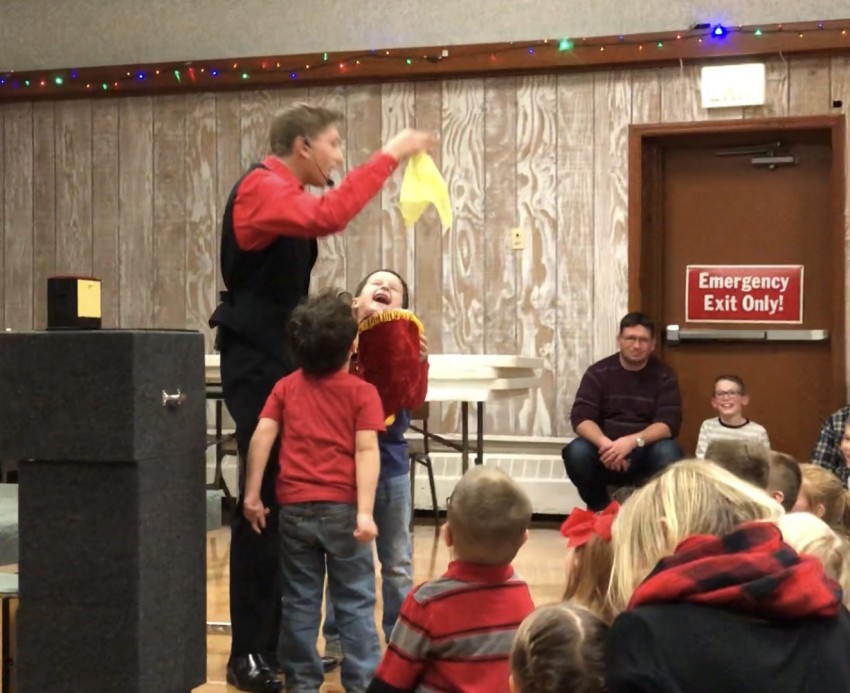 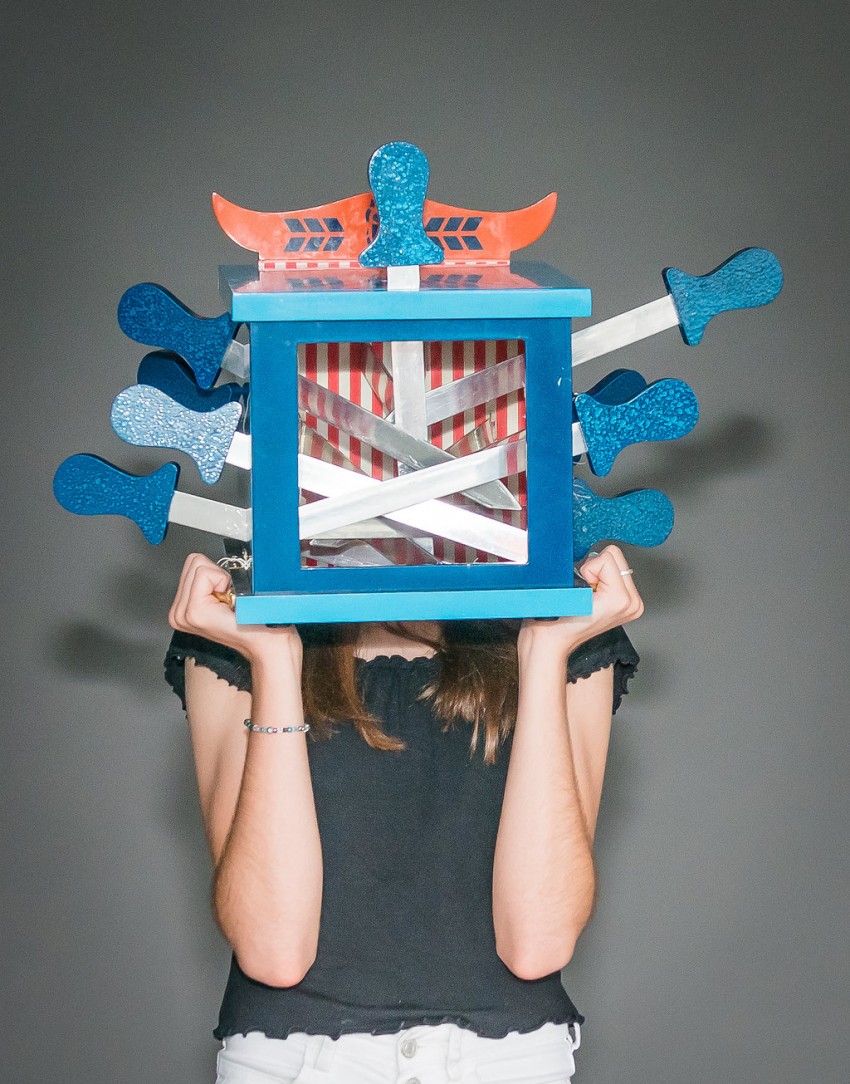 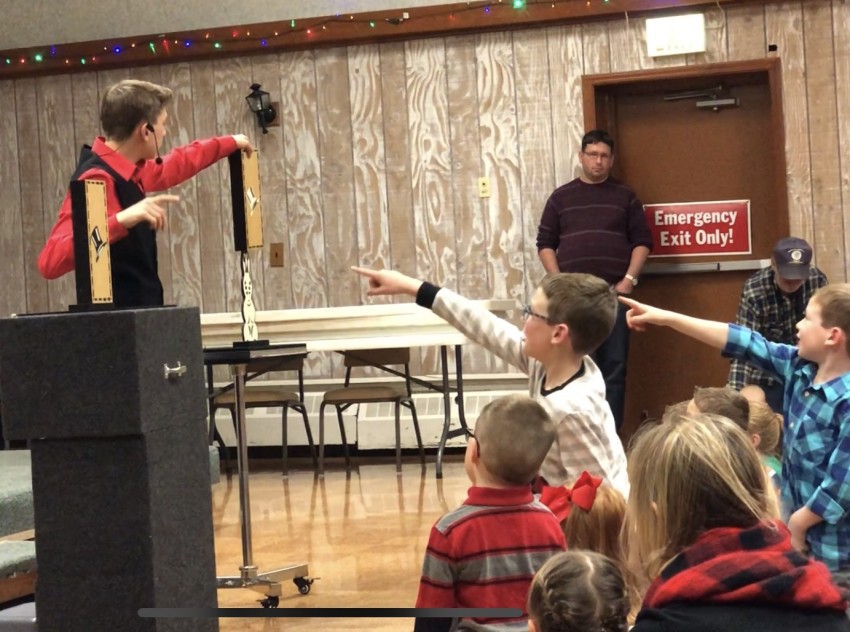 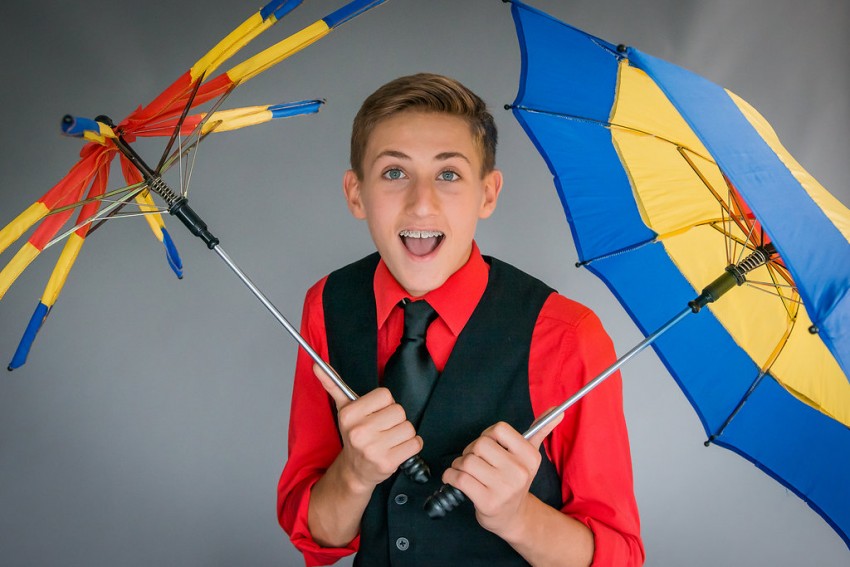 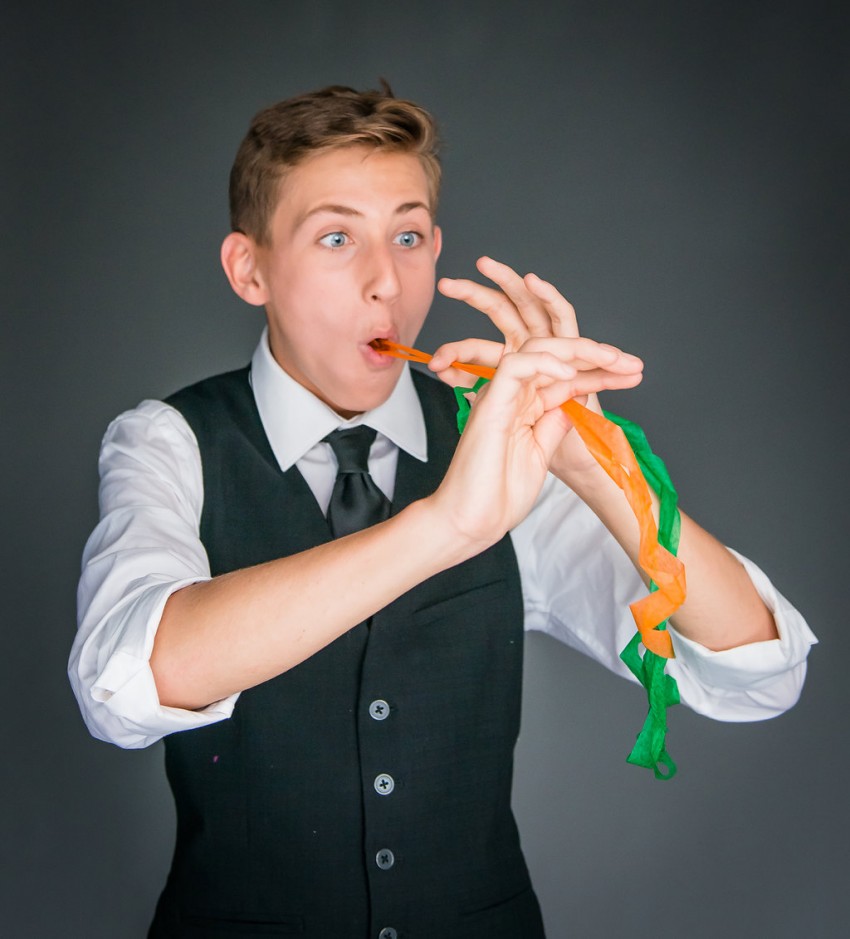 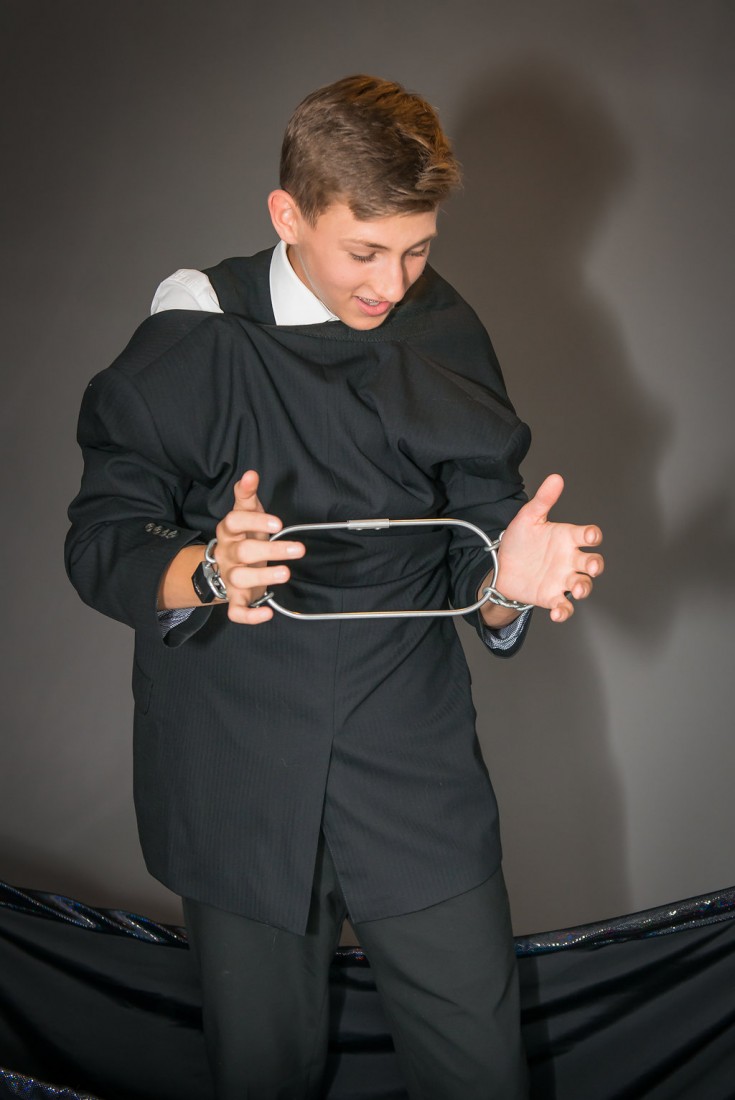 Add a touch of magic to your next family get together! Julian Alexander's high energy magic show features plenty of audience participation and fun. Suitable for ages 2- 102, his shows have no off color humor- just clean good fun for you and your guests.
Whether your young or young at heart, if your looking to host a birthday party or corporate event, you can count on Julian Alexander to supply you with the unforgettable entertainment you deserve!
Julian Alexander's stunning show is guaranteed to be the hit of your next event! He seamlessly blends magic, comedy, and drama together into his shows to create an ideal magic show.

I recently threw my daughters a joint birthday party 6yrs old and 4yrs old and I booked Julian to preform for a group of girls ages 4yrs to 8yrs, and I am so glad I did! He arrived on time, very friendly and professional, knows how to control the kids and keep them entertained the whole time! All the kids loved his performance, Mom and Dad got a huge thank you for having a Magician as great as Julian at the party! Thank you so much Julain!

Great Magician for kids (and adults 😁)!!!

We couldn't be happier with Julian and his show!!! We were having some friends over (with their children) a few weeks ago. There are kids from age 2 through 10 in this group, and we wanted a special fun activity that all could enjoy. We had about 15 kids there total. Julian set up right in our backyard and gave us a great magic show. The kids were captivated; the adults too!

Julian got all the kids involved and was entertaining the entire time, showing some hands-on demonstrations at the end. My kids are still talking about how how made their friend "float" in the air.

Booking Julian was easy and straight-forward. He is professional and responds quickly. I look forward to booking him again!

We hired Julian for our daughter's 6th birthday and we would hire him again!! From the first email interaction, he was very professional and answered all our questions in a timely manner. The best part was his show!! He had a group of fourteen 5-7 year old girls completely engaged and laughing for an hour. We really appreciated that every girl was able to be apart of the show and was sent home with a trick to practice. I received texts from parents stating their child thought this was the best party and they were practicing their tricks for hours. Julian is amazing!!

Had Julian do my grandsons 3rd birthday today! Wow, what a hit!! He's very engaging and kept the kids engaged, as all of them enjoyed his performance for the whole 45 mins! I could not believe how they all sat still for the entire performance! Julian has a great attitude and personality! Can't wait to have him do another party! I would recommend him to anyone!

Julian is a very talented magician, and he was perfect for my grandsons birthday. He had the little ones and adults laughing and having fun. The best part is seeing him interact and work with uncooperative lil toddlers😂 he sailed right through and gave a talented, funny show. I was asked by many that night for his contact info. I would recommend him over and over! Thanks, Julian!!

Kids and Family Show:
Reward your family and friends with a truly magical experience. Julian mesmerizes and delights audiences with sleight of hand and comedic style. His high-energy comedy magic show features plenty of audience participation and is guaranteed to leave a smile on everyone’s face. The fun and excitement experienced by audiences of all ages is no illusion. His stunning show will be the hit of your next event!

Birthday Parties:
Let Julian entertain and captivate your children and their friends with his unique blend of comedy and magic at their next birthday party. The birthday boy/girl gets to participate throughout the show and will be suspended in midair – a perfect birthday photo opportunity. Birthday parties are followed by a magic workshop where participants learn six magic tricks to keep and take home. The birthday boy/girl also receives a special magic kit from Julian.

Strolling Magic Shows:
Let Julian make your mingling memorable as he performs up close. In his strolling show, Julian will perform for individual groups of people. Whether the magic is happening in their hands, or in the hands of the person next to them, everyone will be amazed. Plus, magic is a great way to grab your guests' attention, and what a great way to keep them entertained.

Group and Corporate Magic ​Shows:
Watch as the impossible becomes possible! See torn objects restored, and appear in impossible locations! Julian's magical stand-up show is perfect for corporate events, dinner shows, conventions and much more! The show is extremely interactive. Watch your coworkers, friends, and family get in on the act. This show is perfect for audiences of all sizes and runs between 20- 75 minutes.

Julian, a high school freshman, started practicing his magic craft at the ripe old age of five and began performing shows at age 11. A natural-born entertainer, he has been amusing audiences since he was old enough to talk. Some say he never stopped talking, thus the push toward entertainment to diffuse his energy and need to make others outside of his family and fellow classmates laugh. He maintains a sense of professionalism in his relationships with clients and in his magic. He also adds a touch of youth and uniqueness that others can't. This allows him to connect perfectly with both children and adults through his magic and comedy.

You don't have to worry! Just sit back, relax, and enjoy your guests. Let Julian do the entertaining. He brings everything to the venue, including the sound system. He's responsive to requests, and will arrive early on the date of the performance to set up. You can stop worrying about entertainment and focus on the other stuff.