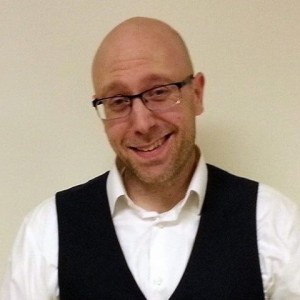 Corporate and VIP Entertainer.
From 1 to 10,000 hire THE best for YOUR very best. Mark knows how important your employees and VIP clients are to you. Whether on stage at your next outing or in your home Mark is professional and engaging.
Dan White (Dan White Magic and Jimmy Fallon) says Mark's work is "Original and creative"

Be the first to review Magic of Mark Zellinger

Depending on the type of event I can walk around and mingle with your guests performing close-up mind reading and magic as well as some hypnosis if the event allows for it.
I have a Stage/Parlour Show that can be custom made to fit your needs or hire me to perform my one man stage show Brainwashed for your guests.

Mystery in the Making
Starting in magic at the age of 8 performing for family and friends a career in magic was eminent.
Published in MAGIC Magazine, (The worlds biggest online and print Magazine for magicians) and Theory 11 (The best online marketplace for magic) Mark has proven he is revered among his peers with his original unique magic.
Dan White of Dan White Magic and a regular on the Tonight Show with Jimmy Fallon says Mark is "Original and Creative"

From the streets and parlors to corporate and trade shows Mark creates a custom show directly catered to an adult audience guaranteed to have audiences gasping and talking long after the show has ended.
Never settling, Mark has created a World Class one man show, currently touring called Mind Games.
Mark's new show, BRAINWASHED will be running starting Spring of 2018. Follow him on Facebook and Twitter for more details when they become available

Here's what people are saying
Mark entertained our office Christmas party recently and we had a blast! Mark was fun and outgoing. He fit in so well with our group-- it was like he was an employee at our office and was enjoying the party as much as we were. We were very impressed with his "tricks" and skills and he kept us entertained the entire time! Highly recommend Mark! You will not be disappointed!! Thanks again, Mark!

What makes Mark so special is how he makes his audiences feel like something special. It's a show about them."

★★★★★
“Relatable and relevant yet unbelievable at the same time, one of my favorite entertainers.”
WGN Chicago

"You can't tell if you are a volunteer or a victim to his mind games...great fun!"

Because I typically perform in a close-up environment I tend to not have large props that I carry with me. Even my stage show is limited in props as all I need is my whiteboard and a volunteer.
I can provide a full stage with lighting if the client requests it.