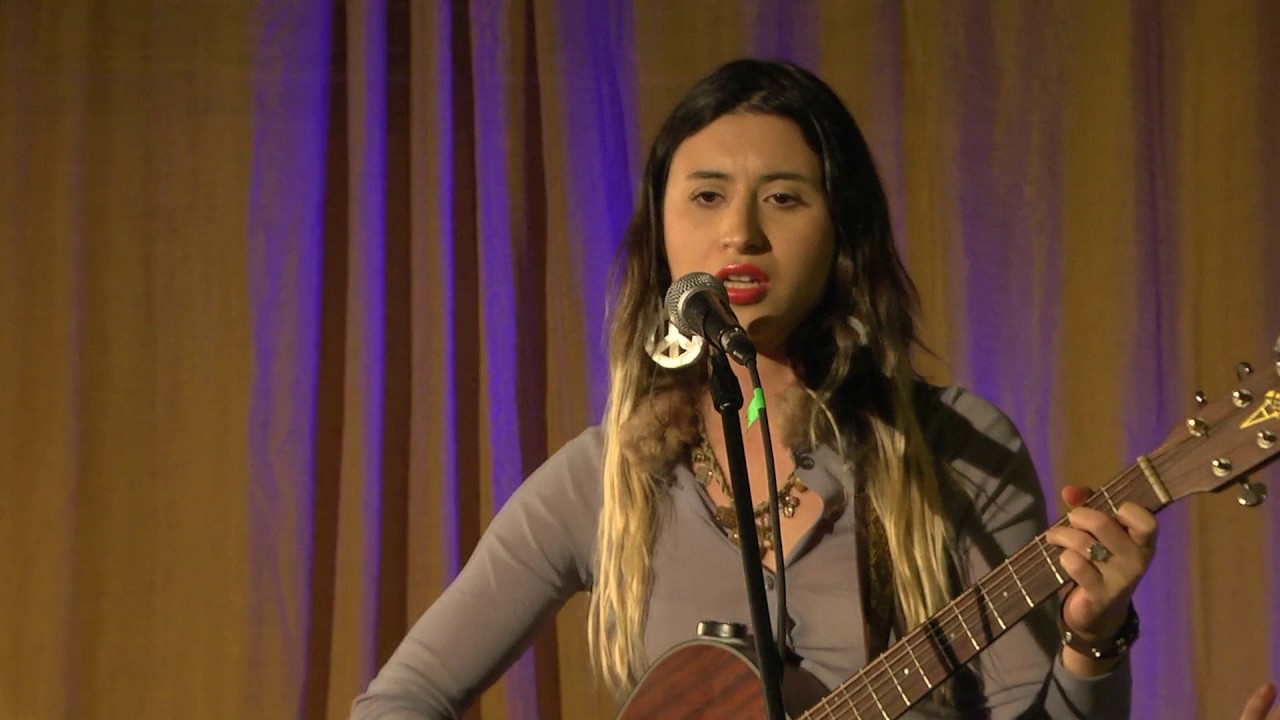 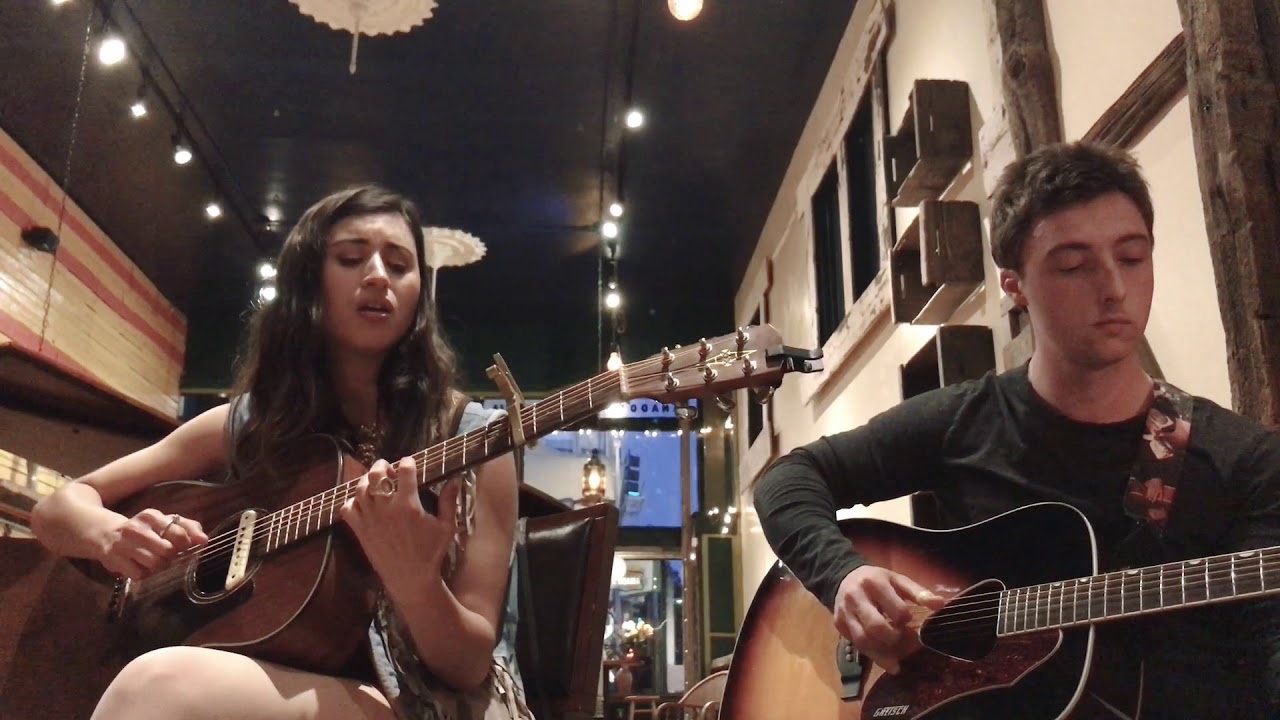 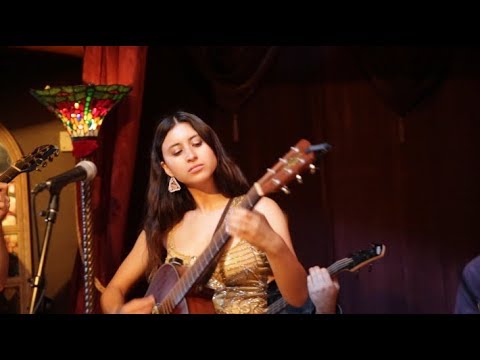 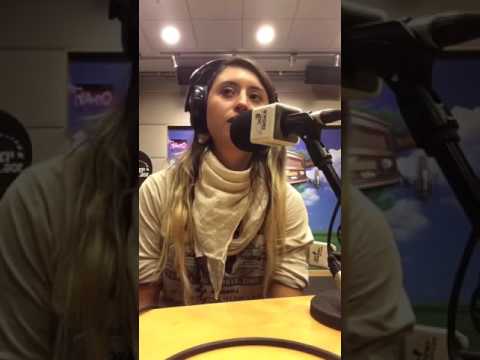 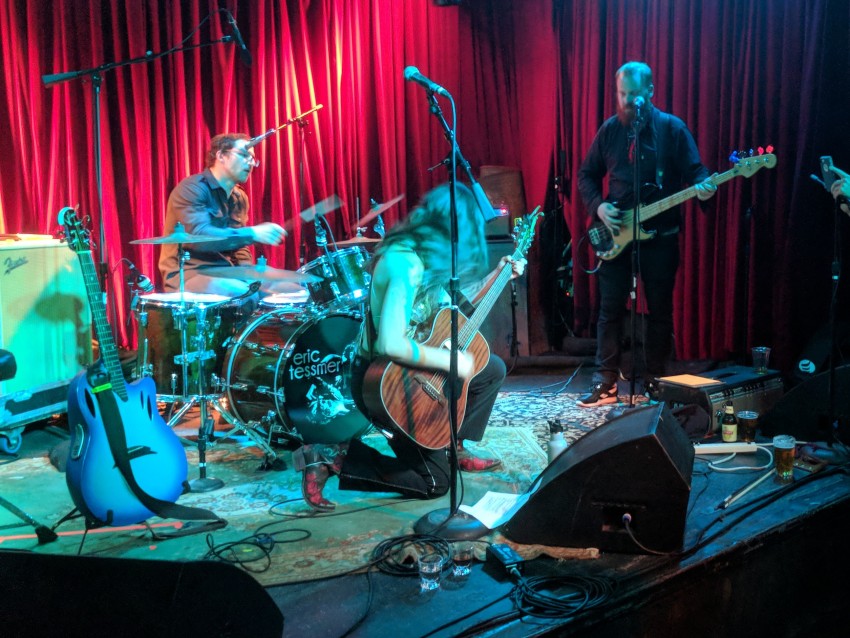 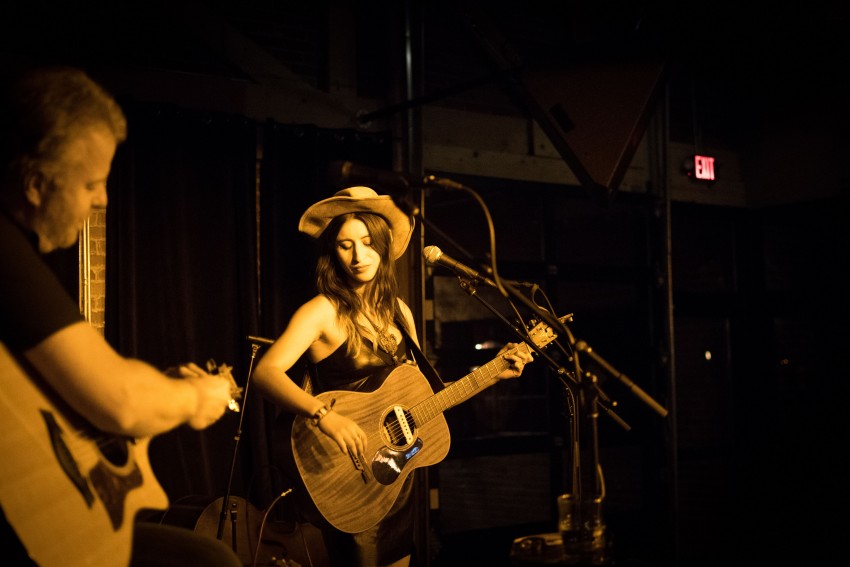 Live at The Saint, Reno, NV 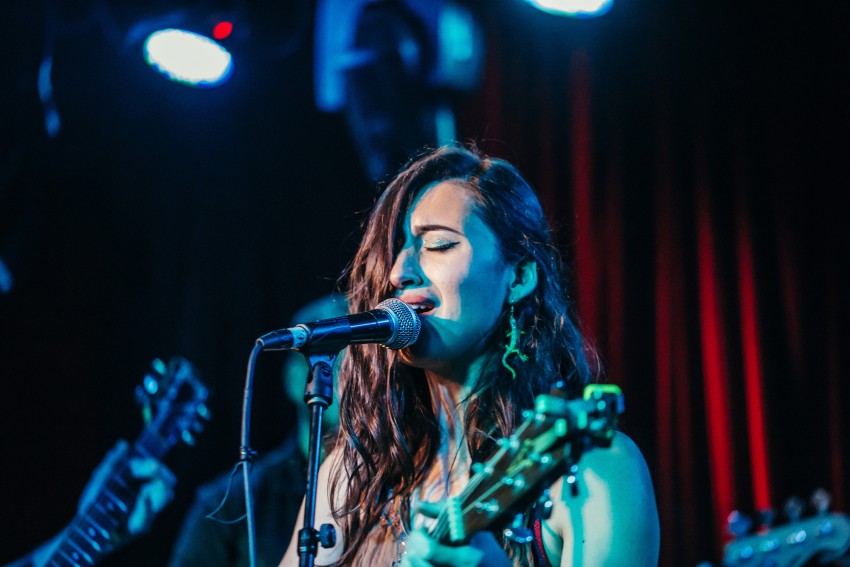 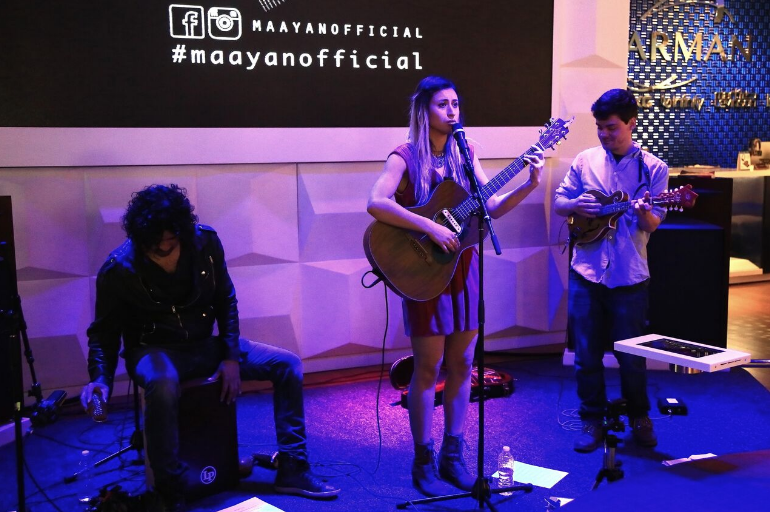 Live at The HARMAN Store, NYC 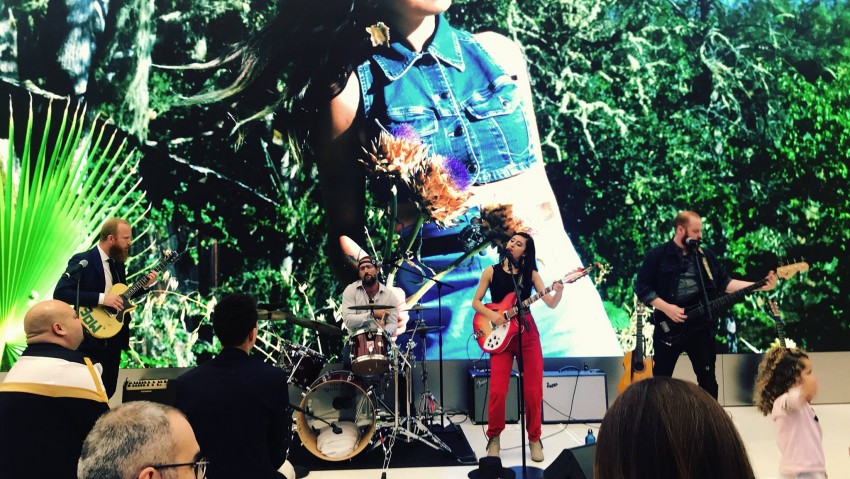 Soulful Singer-Songwriter Maayan Oppenheim captivates crowds all over the world with powerful performances and magnetic positivity. Blending Rock, Americana, Blues and Middle Eastern influences in catchy, empowering songs of personal struggle, triumph, and inspiration Maayan is sure to move you, whether playing solo or with accompaniment. The San Francisco born-Tel Aviv & New York City-bred songstress unique singing style and wide vocal range will make any event memorable.
Recent highlights: Maayan's song Way To You became a finalist on the International Acoustic Music Awards. MAAYAN band has performed at the Apple Store SF and HARMAN Store NYC. Contact for full venue and client list.

Be the first to review Maayan

1. Maayan solo performance:
Maayan will play the acoustic or electric guitar and sing original or cover songs. She has all the gear necessary including PA system. You can make song requests ahead of time.

2. Maayan duo performance:
Acoustic or electric. Maayan will play guitar and sing, she will be accompanied by instrumentalist of your choosing. Options for accompanist are: bass player (upright/electric), lead guitarist, percussionist.

THIS IS WHO I AM
"Unique and authentic"
- Oren Hoff, IDC International Radio

Soulful Singer-Songwriter Maayan Oppenheim is a wild child artist captivating crowds all over the world with powerful performances and magnetic positivity. Her unique singing style and wide vocal range are guaranteed to blow your mind. Complimented by her new band, she rocks the house like never before, blending Rock, Americana, Blues and middle eastern influences in anthemic songs of love, inspiration, and travel. The San Francisco born-Tel Aviv & New York City-bred songstress, and the guys are setting on a journey as they record their first album together. But before you’ll get to hear that, you’ll have to see them live and in action!

MAAYAN's musical journey started out with a punk/grunge band she formed in middle school and a collaboration with Israeli Hip-Hop DJ & Producer Ori Shochat, the single Turn The Music Up (2008). After relocating to Brooklyn she recorded over three albums worth of songs over the span of two years and studied electronic music production and sound design at Dubspot New York. In early 2013 she founded Oppenheim Music Inc. and released Indie/EDM EP In Too Deep. She followed up with Rock/World/Blues album Science Fiction in 2014, produced by Ofer Ekerling, featuring acclaimed musicians Yossi Fine and Yaron Gershvosky.

In 2015 MAAYAN began performing and busking all over NYC leading up to her 2016 tour. The MoonFire Tour had stops in Denver, SLC, Boise, SF and LA. Later adding dates and radio interviews in Israel. During the tour the single Way To You was recorded at Sunset Sound Studios in Hollywood, CA. Maayan then went on to record her songs Your Lightning, Golden Rush, & Got to Go (California) as part of a new album; featuring a full band, blending Americana & Blues, with Indie Rock and Electronic influences. Meanwhile, she launched her 2017 Lightning Tour, with radio appearances on KPOO 89.5, FCC Free Radio, and headline dates in the Bay Area, LA and Reno NV. In recent months MAAYAN supported Folk/Americana trio the T Sisters at The Saint in Reno, and Eric Tessmer at the Boom Boom Room in SF. The single Way To You became a finalist on the International Acoustic Music Awards.

Setlists change according to the type of performance you select. Please contact for further information.