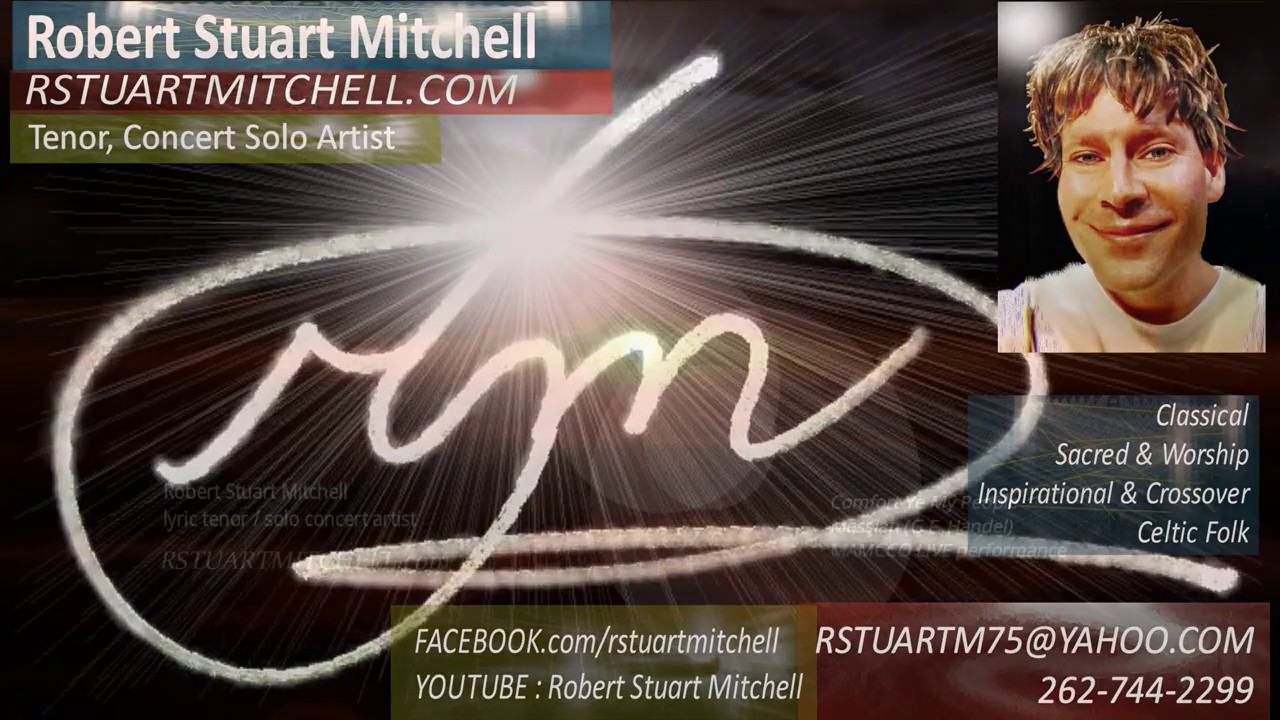 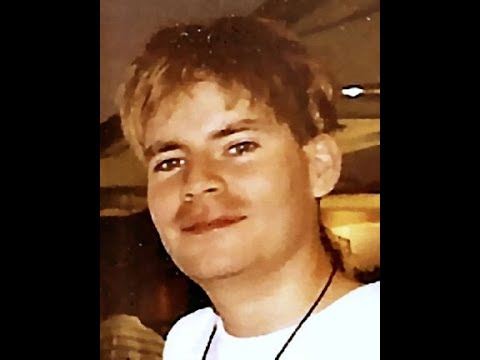 You Raise Me Up 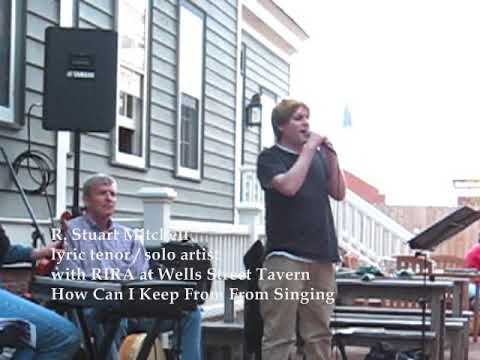 How Can I Keep From Singing? 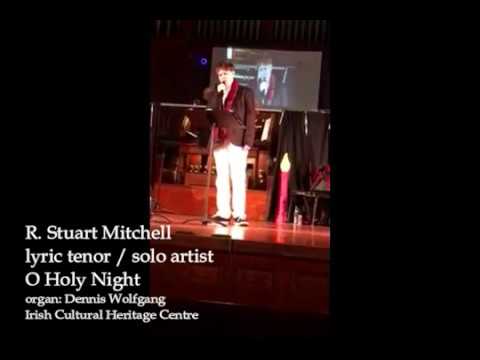 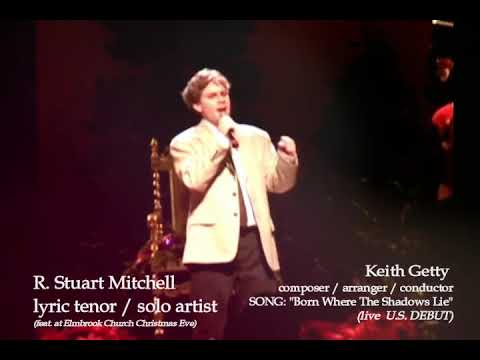 Born Where The Shadows Lie

You Raise Me Up (LIVE performance) 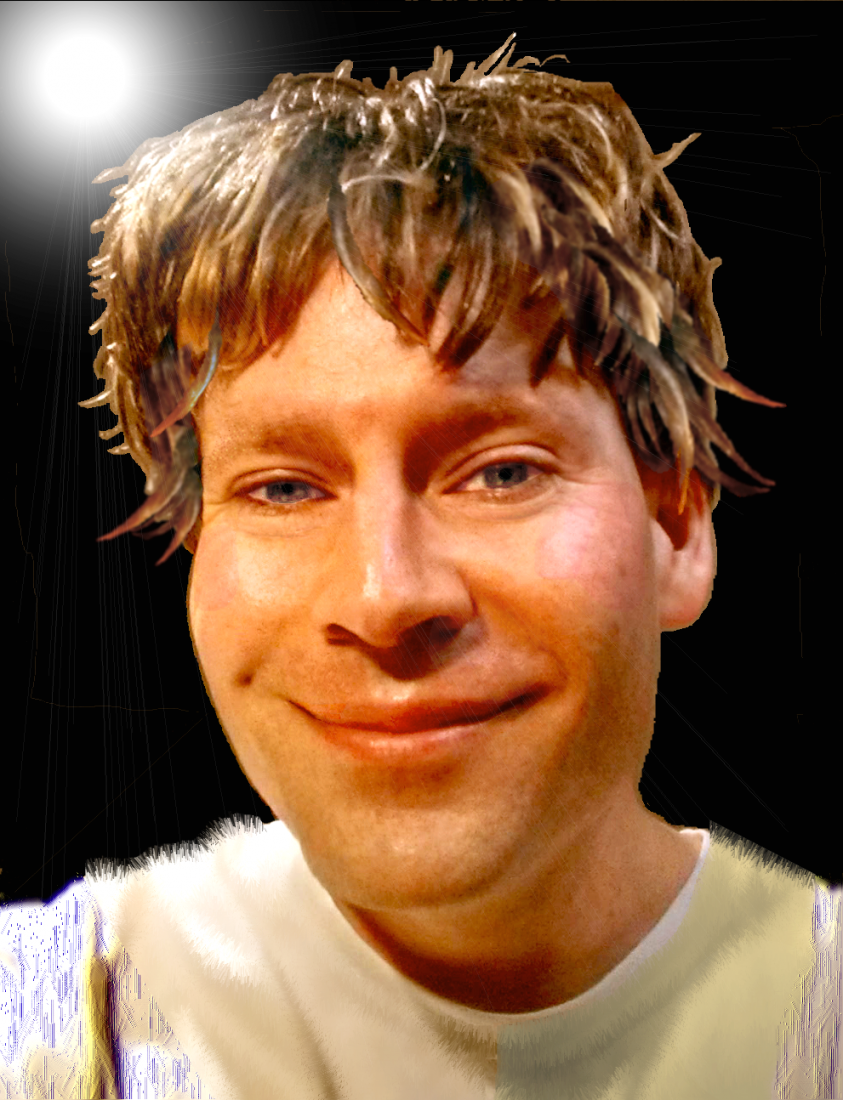 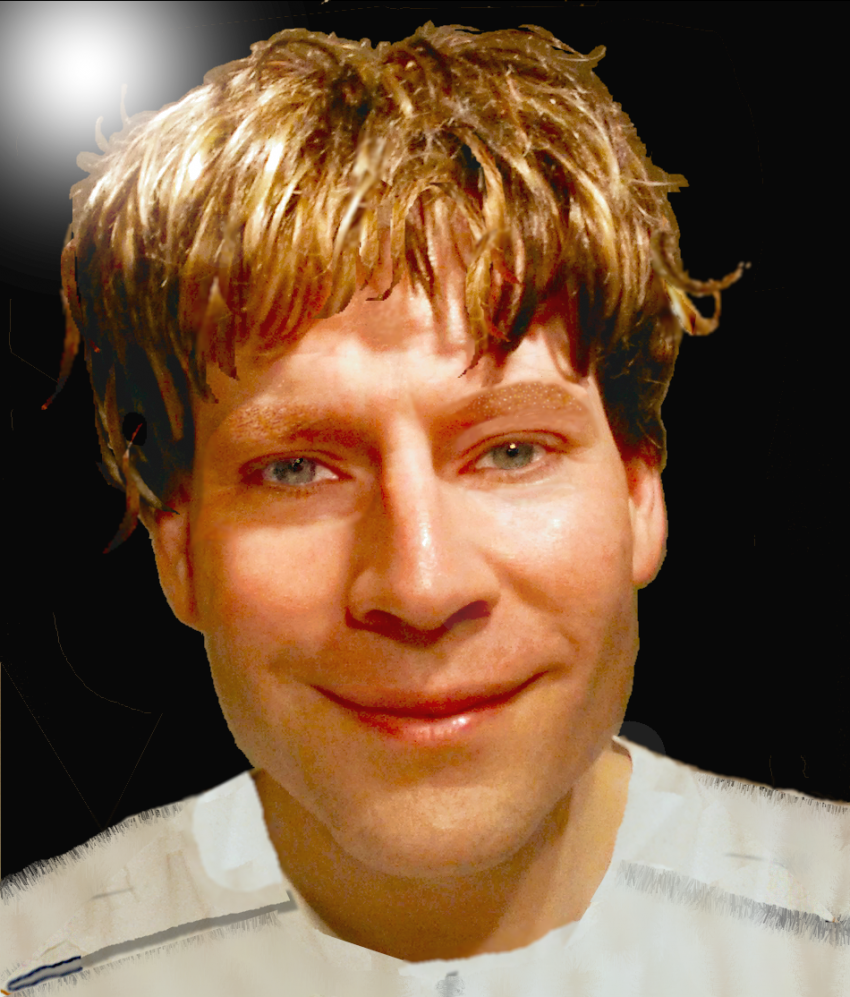 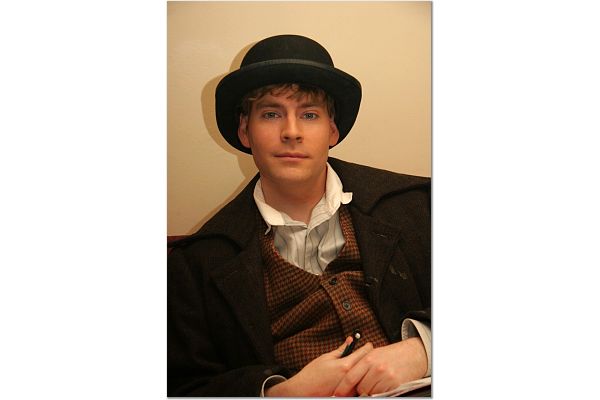 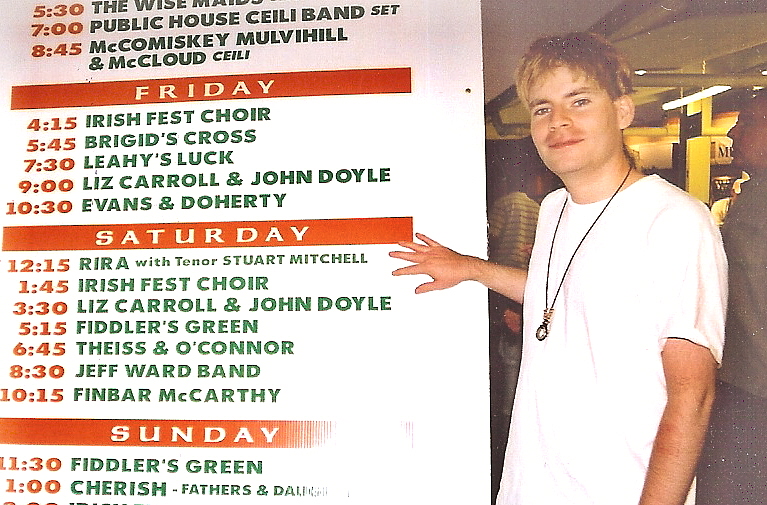 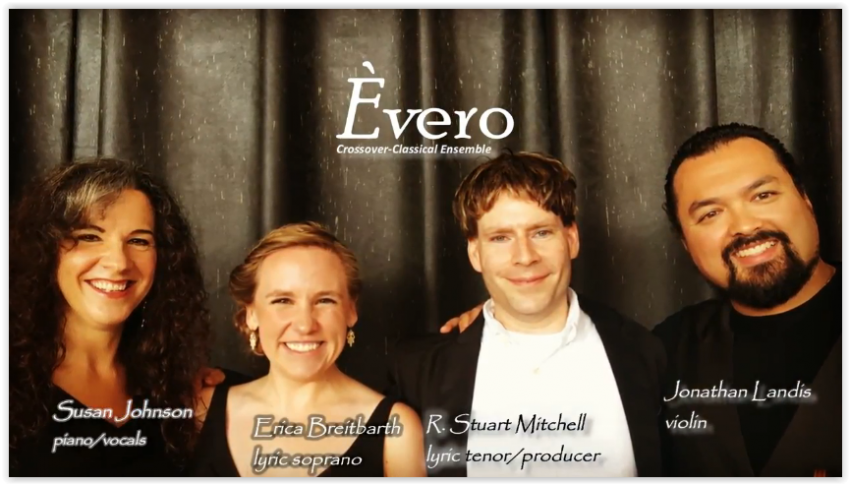 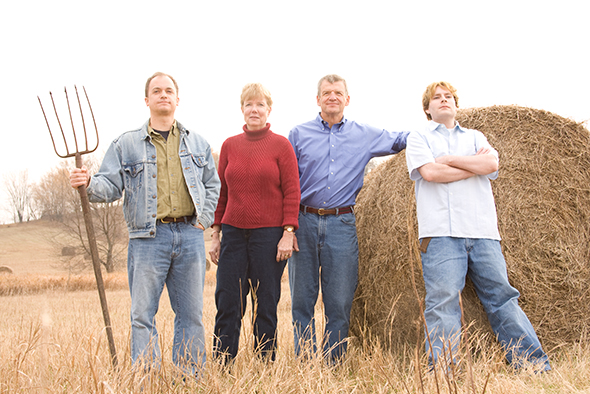 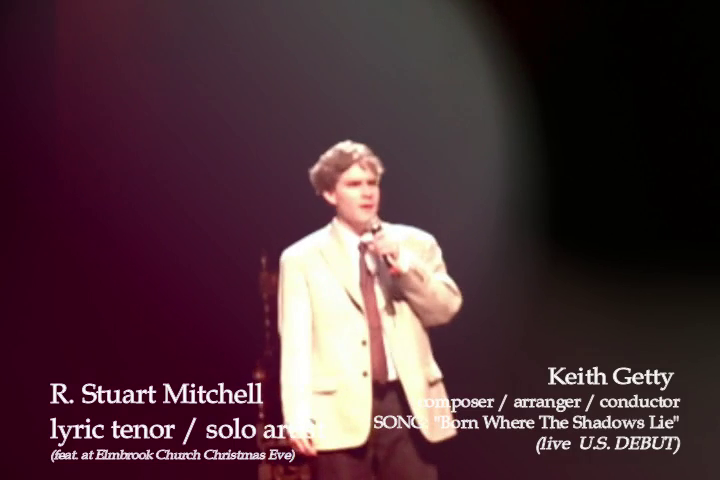 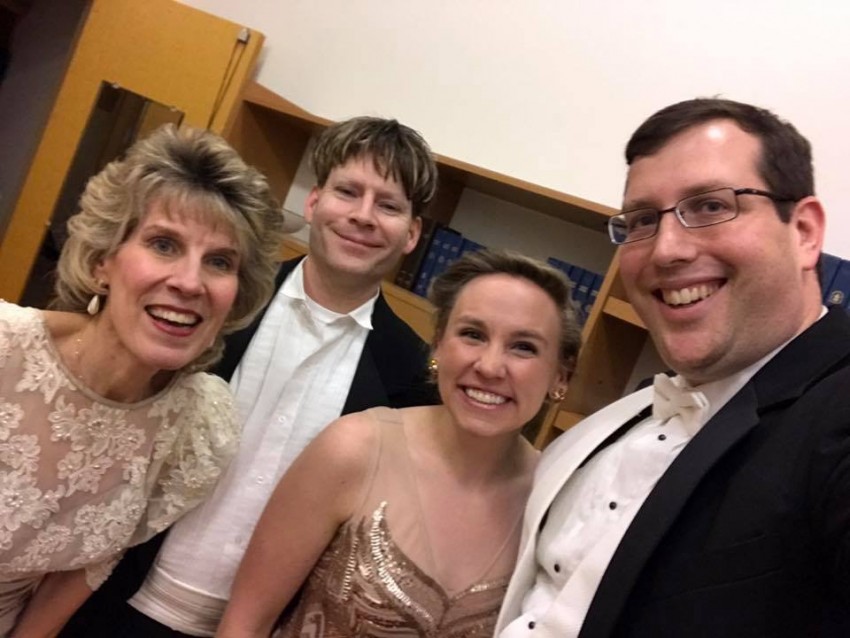 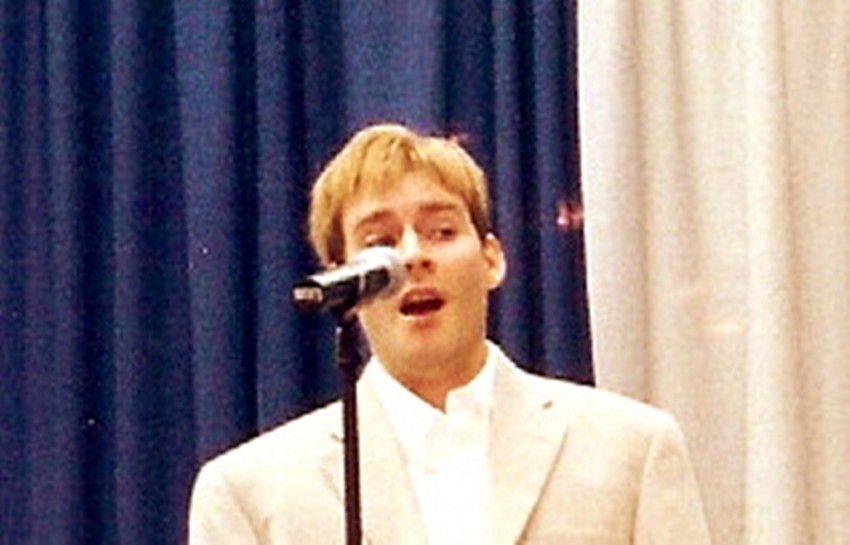 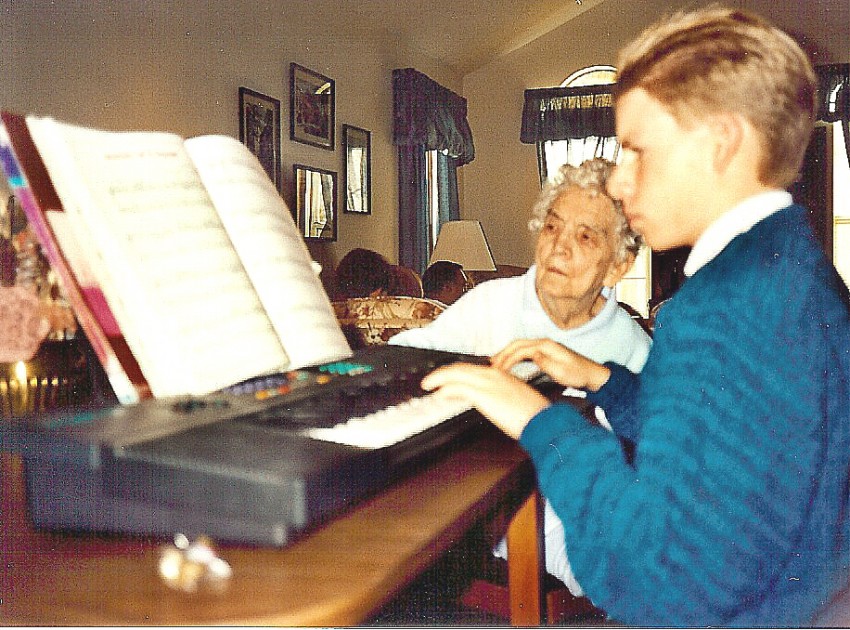 R. Stuart Mitchell at 13 yrs old playing for my Grandma!

Classical/crossover concert artist & tenor Robert Stuart Mitchell is an astonishing voice, compelling, AWARD-winning (nationally-rated) performer, and incomparable concert soloist. With 25 years experience in the business, he has a substantial repertoire and facility in Modern, Inspirational Sacred music, Classical works, and Celtic music. He is endowed with a powerful mind and ear, allowing him exceptional adaptive artistry. This highly-developed versatility, coupled with substantial, fundamental vocal beauty, is a rare gift.

Please, serious inquiries only!
Since I provide the absolute greatest value for your music needs and give my all for each event, direct consideration is appreciated!

“Where did you find him?” “That was the best wedding music I’ve ever heard” “Wow! I got chills up and down my spine!” The compliments extended into the reception and then on social media. Stuart’s voice filled the church when needed and his upper register put the stained glass at risk. He was a joy to work with during the planning and coordination with the violinists and organist. I believe he could sing anything.

The crowd loved him!

Stuart arrived on time, and serenaded a group of about 160 for 30 minutes with his beautiful tenor voice and a great selection of inspirational songs. Would definitely hire him again.

I want to start out by saying how absolutely fantastic Stuart’s singing was at our wedding! His voice added the perfect touch of elegance to our ceremony. He also gave the most dynamic and entertaining performance at our reception (which made most of my family cry because it was so beautiful). He not only sang amazing but his professionalism, punctuality and politeness was spot on! I highly highly recommend him to everyone!! This was my first time hiring someone from online and I did not know what to expect as I am a skeptical person at times. However, he EXCEEDED my expectations and I would hire Stuart again in a heartbeat!

Everyone was impressed by Stuart’s performance

I needed a tenor quickly to perform some of my mother’s favorite songs at her funeral. Stuart even brought his own accompaniment. I could not have asked for a better performer.

Our congregation was touched by Stuart's beautiful tone and voice. We have signed him up again!

Stuart performed a beautiful a Capella rendition of "Do you Hear the People Sing?" graveside at my brother's funeral. He was prompt, courteous, and prepared. We highly recommend him.

It was unanimous among all of the attendants that the high point of the joyous mood of the wedding was set by the event and defined by Stuart's passionate performance of Our Lords Prayer. Spectacular Performance! Thank you Stuart!

Lyric Tenor Robert Stuart Mitchell is a rich, captivating sound and a gifted performer. His repertoire and performances encompass Concert Oratorio, Opera, Celtic Folk & Traditional, and Contemporary Sacred & Worship music. He has a powerful mind and ear, allowing him exceptional adaptive artistry. He unifies vocal brilliance with purity, and lyrical sweetness with might, all into a tremendous range. This crossover versatility, coupled with substantial, fundamental vocal beauty, is a rare gift.
On the Classical concert stage, Stuart Mitchell has appeared as a solo artist with the Milwaukee Symphony Orchestra, Bel Canto Chorus, Wisconsin Philharmonic Orchestra, Bach Chamber Choir & Orchestra, MAMCCO (MKE), Grand Rapids Symphony Orchestra, Southwest Florida Symphony Orchestra, Racine Symphony Orchestra, and many other symphonic artistic organizations. Mitchell also employs his talents on the Grand Opera stage, Operatic concerts, Passion presentations, and even Musicales. Mitchell has performed principal roles and concerts with the Florentine Opera, Milwaukee Opera Theatre, La Musica Lirica Opera, Windfall Theatre, Cornerstone University, Music by the Lake, Concord Chamber Orchestra, and South Shore Chorale. Some of Mitchell’s operatic roles include: Fenton from Verdi’s Falstaff, Ernesto from Donizetti’s Don Pasquale, Ferrando from Mozart’s Cosi Fan Tutte, and Nemorino from Donizetti’s L’Elisir D’Amore. While dramatic and earnest characters fit Mitchell well, he also has great comic acting sense and keen physical humor, and has portrayed a few delightfully funny comic (supporting) roles. Mr. Mitchell has also thrilled audiences in many opera gala, preview, and recital concerts singing select arias from operatic roles both inside and outside his normal repertoire.
Stuart Mitchell is a Crossover artist and has a substantial repertoire which expands into traditional Celtic Traditional & Folk music, as well as Contemporary & Inspirational Christian Worship music. As a singer of traditional Celtic vocal music, Mitchell has developed and performed new arrangements of many traditional favorite Scots-Irish ballads. Creative collaborations between Stuart Mitchell and the Celtic set band RiRa produced two commercially available albums (“Return of the Day” and “Mischievous Merriment”) and were very well-received. Stuart Mitchell is also a remarkably gifted worship soloist. He is a compelling and dynamic performer, and his solo appearances are uplifting & memorable.
He graduated magna cum laude from Cornerstone University where he received his undergraduate degree. He received a graduate studies diploma (MICAP program) from the University of Wisconsin – Milwaukee.

Michael said “John and his team learned an arrangement of me and my girlfriend’s song. (now my fiancée- spoiler alert) Chicago Retro Entertainment set the perfect…”

Jackie L. said “We used The Presters for my mom's funeral services. Communication was excellent throughout, they arrived on time, and the music was beautiful. I would…”