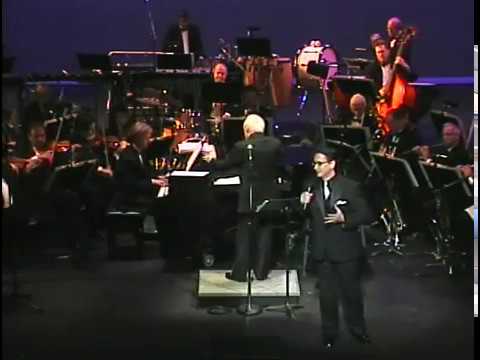 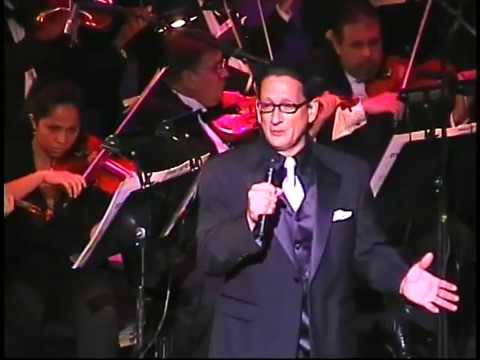 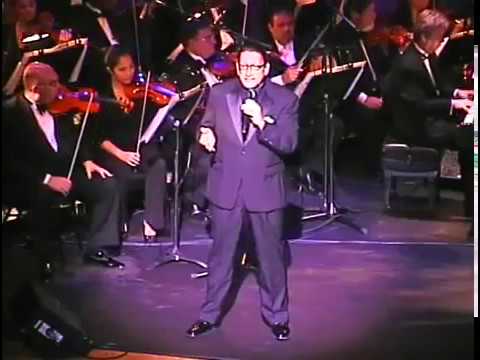 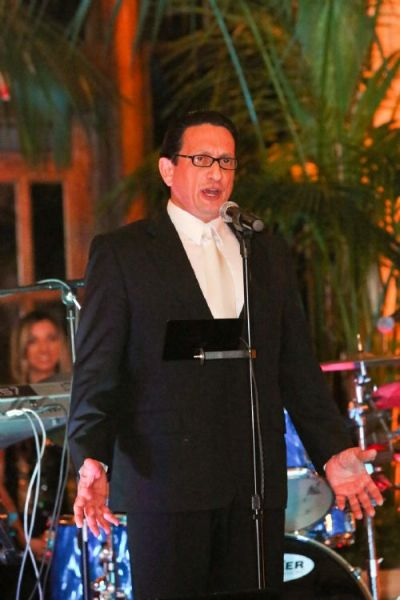 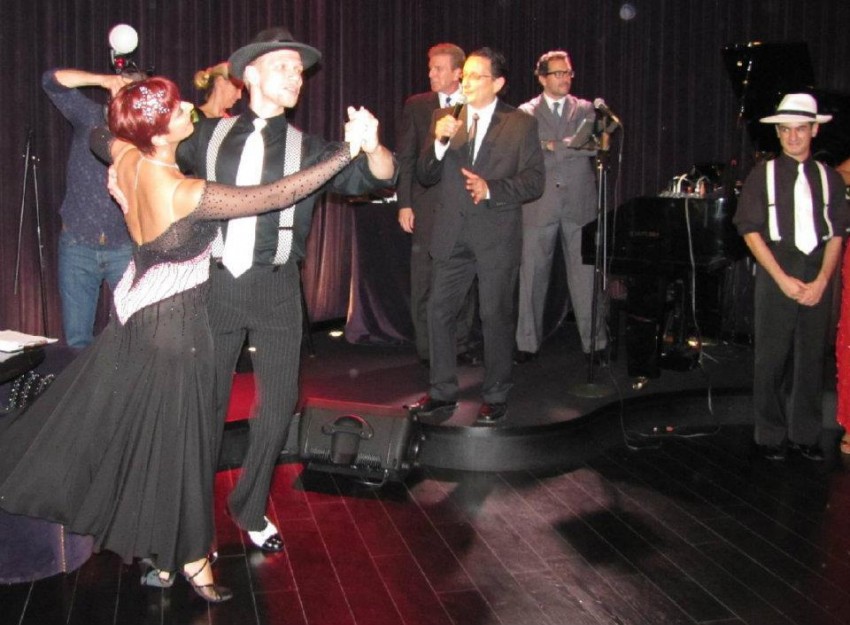 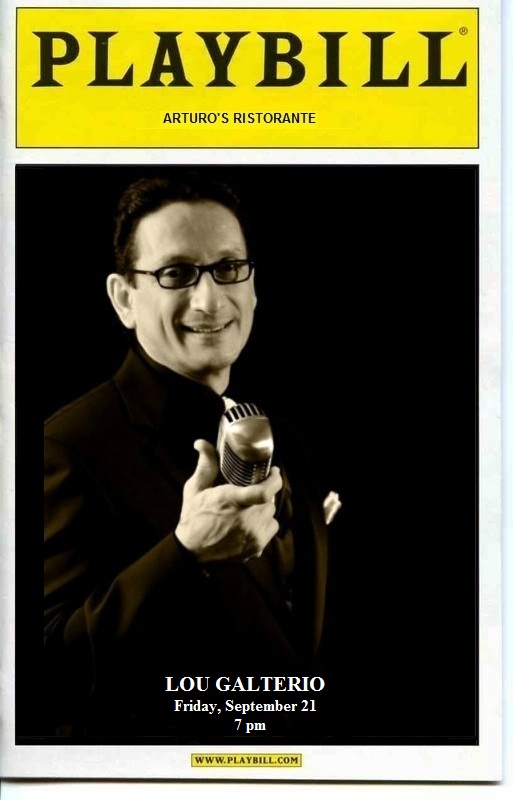 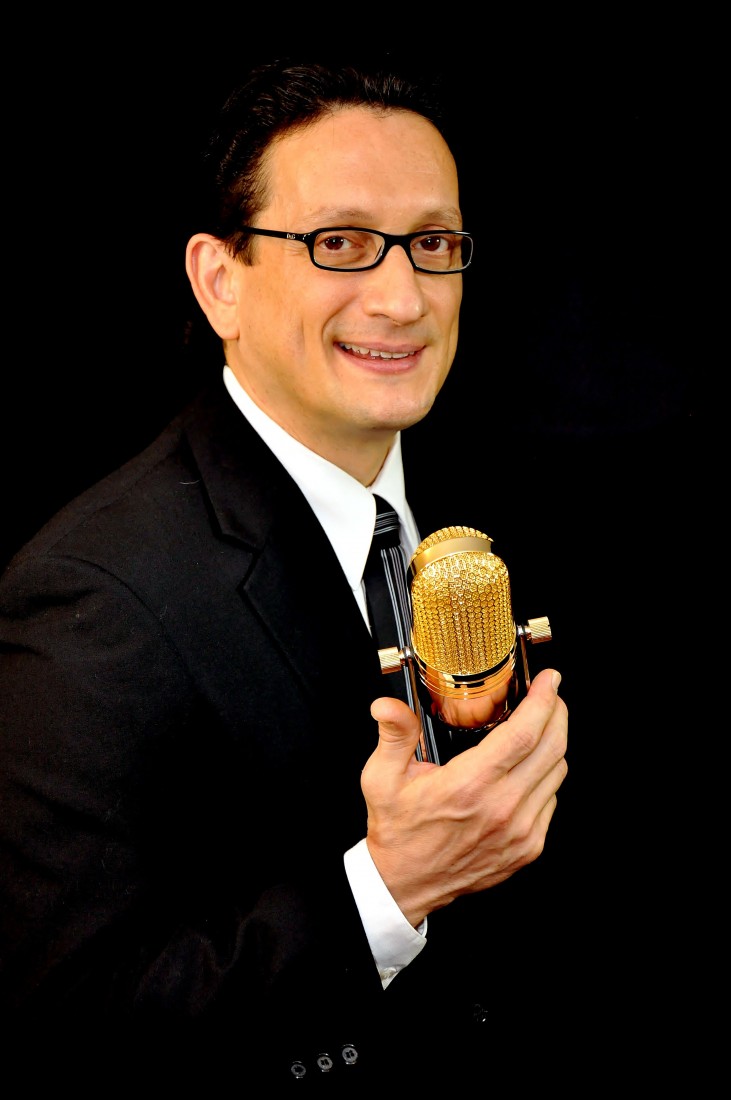 "The Golden Voice...a voice of elegance and impassioned delivery, Lou Galterio commands the attention of his audience. His powerful Baritone and unusually broad repertoire encompasses Opera, Broadway, Classical and Pop!"

Lou Galterio sang at my daughter's wedding and he was phenomenal! We had him perform Sinatra music for the cocktail hour. Then he sang a few spiritual songs during the wedding ceremony. He has the most amazing voice! He can go from the jazzy Sinatra music, to sounding like Andrea Bocelli at the opera! I highly recommend Lou for any event!

Lenny thank you for having me perform at your daughter's wedding!

My wife and I were at an Italian Festival and heard Lou Galterio perform in a Sinatra tribute concert...he was phenomenal! We were especially blown away by how much he sounded so much like Sinatra, you would think you were listening to a recording. And when he sang my favorite song, 'My Way', I was fighting back tears. He did an amazing job! We only wish there was an encore.

I am very thankful to receive such kind words. Thank you so much!

Lou Galterio is 'The Golden Voice'!

I was simply amazed by the rich, powerful baritone voice of Lou Galterio! He performed with a Big Band Orchestra and did a tribute to all the greats....Sinatra, Dean Martin, Tony Bennett and Bobby Darin. Then he blew me away when he performed some Opera and Broadway music! I never heard anyone sing that many different styles of music before. He really is 'The Golden Voice'!

Thank you Ms. Hausman! I do appreciate your kind words. It was a pleasure working with you.
Lou Galterio

Lou Galterio has an amazing voice!

Lou Galterio performed at my daughter's wedding. He was amazing! I had many people come up to me and said they first thought they were listening to a recording of Frank Sinatra. They could not believe that Lou was singing live. He brought the house down!

Thank you Mr. Delson! I do appreciate your kind words. It was a pleasure working with you.
Lou Galterio

Lou Galterio performed in a concert called "The Sounds of Sinatra". It was the best tribute to Frank Sinatra that I have ever heard! I highly recommend Lou. He is the classical Italian Crooner!

Thank you Tony! I do appreciate your kind words. It was a pleasure working with you.
Lou Galterio

Lou Galterio is "The Golden Voice". He can perform anything from Opera to Broadway and from Classical to Pop!

Lou Galterio (Bass-baritone) is known for his amazing and moving rendition of the Star Spangled Banner. His powerful voice has brought him many opportunities to sing for the NBA, the NFL, the NHL and Major League Baseball. He has even sung for Monday Night Football at the Superdome, for the NBA Playoffs and for NFL Commissioner Roger Goodell.

Lou has also been invited to perform the anthem for the First Lady, the Speaker of the House, Lt. Col. Oliver North, on Opening Day for the Joint Session of Congress and for the Governors from over a dozen different states.

In addition to the National Anthem, Lou entertains in the styles of the great crooners like Sinatra, Martin and Bennett. He has performed tributes to the voices of Italy like Bocelli, Pavarotti and Caruso. And his voice has brought him to events where he has sung for celebrities such as: Donald Trump, Regis Philbin, Gloria Estefan, Rod Stewart and world-renowned producer, composer and songwriter David Foster.

We can provide our own sound system to play fully orchestrated soundtracks that Mr. Galterio performs with. We can also provide background music to be played during intermission or breaks between each set of songs. So Mr. Galterio can provide an entire evening of music with other musicians. A live orchestra or band is not included, but Mr. Galterio has performed with many orchestras. He does work with a local orchestra in Nashville who would be an additional cost if needed.

Lou Galterio has a powerful baritone and broad repertoire that encompasses Opera, Broadway, Classical and Pop!

The following is only a sample list of songs. Not all songs are listed below.

The Way You Look Tonight
Fly Me To The Moon
Beyond The Sea
Mack The Knife
That's Life
Come Fly With Me
What A Wonderful World
Boulevard Of Broken Dreams
Some Enchanted Evening
If Ever I Would Leave You
Oh What A Beautiful Morning
Oklahoma
Volare
Chitarra Romana
Tu Vuo Fa l'Americao
Parla Piu Piano
Il Mondo
Rags To Riches
The Good Life
Innamorata
On an Evening in Roma
Ain't That A Kick In The Head
Al Di La
Agnus Dei
Ave Maria
New York, New York
Chicago
You Raise Me Up
The Lord's Prayer
My Kind Of Town
God Bless The USA
Star Spangled Banner
God Bless America
Amazing Grace

This is a small list, just to name a few. Please inquiry about other songs of your choice.

Can perform with a live band, or with fully-orchestrated backing tracks.