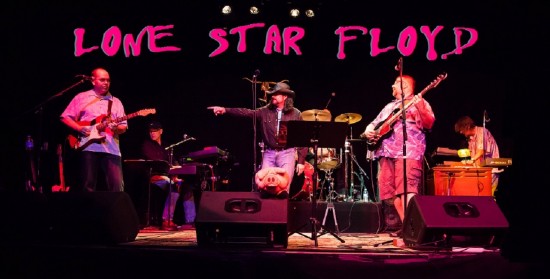 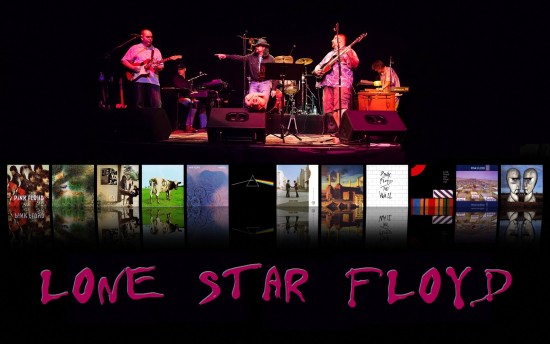 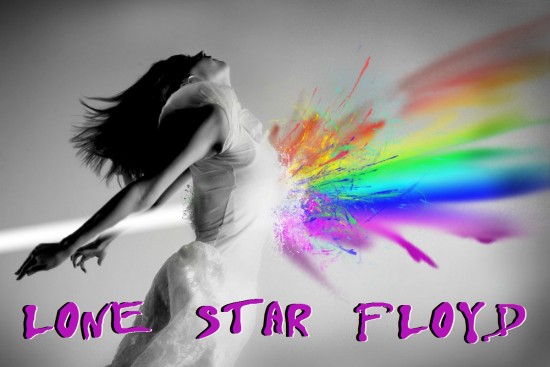 This was a wonderful band of brothers, and with the passing of their keyboardist, James Davis, the band has now re-formed under the name Texas Floyd. They were just voted (in November of 2016) the #3 Rock Tribute Band in the state of Texas. They put on an incredible and intimate show, with a laser custom manufactured for the band in Germany by the same company that makes Pink Floyd's stage lasers. They have to have a Federal License to operate it!

Have seen LSF several times in both theater and pub environs and they put on an excellent show. Professional group with a strong talent pool.

We are widely considered to be one of the top Pink Floyd Tribute bands in the country, and Nobody... I MEAN NOBODY recreates the live sound of Pink Floyd better than we do... and then, we sometimes add a little Texas twist! Come check out one of our live performances and you will see why everyone says, "Lone Star Floyd IS the best in Texas!"

The founders of Lone Star Floyd, Doyle Maston (bass and vocals) and James Davis (Hammond organ and synths), originally began playing Floyd with the DFW tribute band "Bricks in the Wall". Going out on their own several years later, they put together a phenomenal group of musicians to form "Fearless Floyd". "Fearless" played together for several years and developed quite a following in the process. Another restructuring in 2009 led to the development of their ultimate vision, "Lone Star Floyd", a world class group of musicians who faithfully reproduce the sounds of vintage Pink Floyd much to the delight their of hardcore fans.

A scaleable light show, follow spots, smoke, and lasers are available for an additional fee (cost varies with amount of equiment needed for your particular function). A Public Address sytem and a soundman can also be provided, for additional fees.

Show example from an August, 2012 performance:
Set 1: Shine On; Have a Cigar; Wish You Were Here; Childhood’s End; In The Flesh; Thin Ice; Another Brick 1; Happiest Days; Another Brick 2; Empty Spaces; Young Lust; Nobody Home; Vera; Hey You; Comfortably Numb
Set 2: Fearless; Pigs on the Wing Pt. 1; Dogs; Pigs; Sheep; Pigs on the Wing Pt. 2; Echoes; Speak To Me; Breathe; Time; Breathe Reprise; Great Gig in the Sky; Money; Us and Them; Any Color You Like; Brain Damaged; Eclipse; (Encore) Run Like Hell

We require a fairly large performing area as we are a 7-piece band. We also require a good amount of power and electrical outlets.