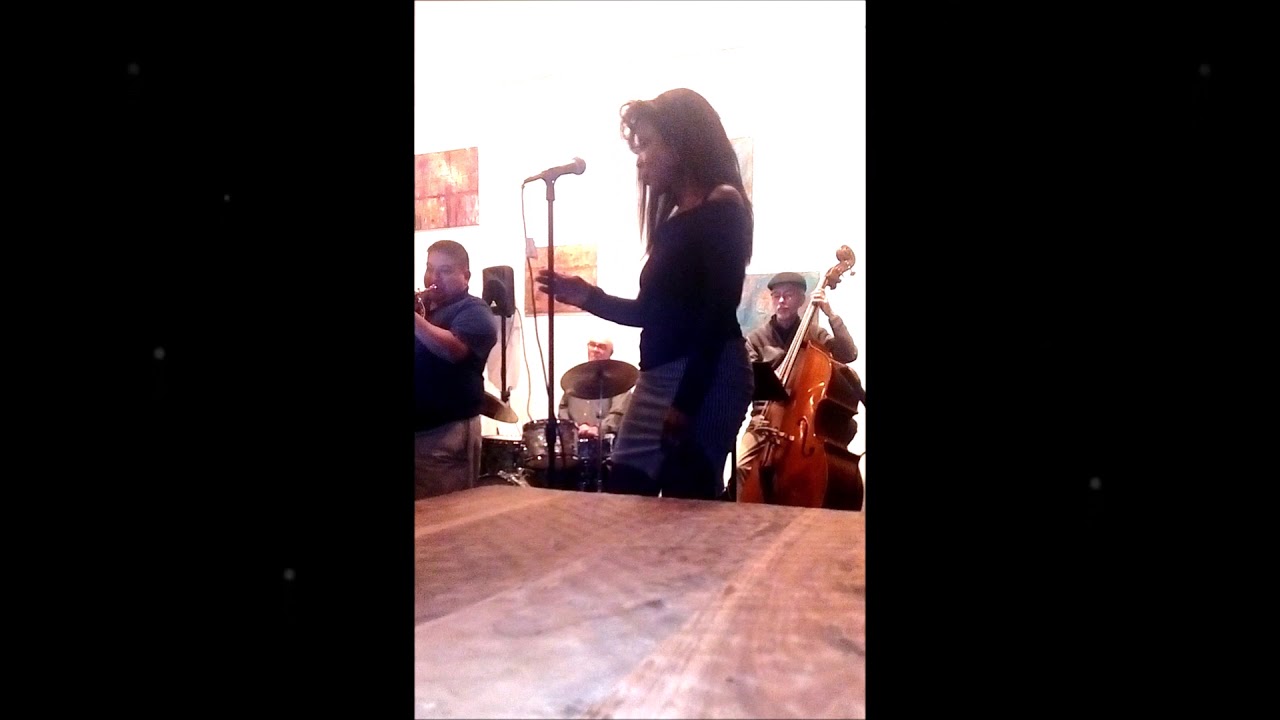 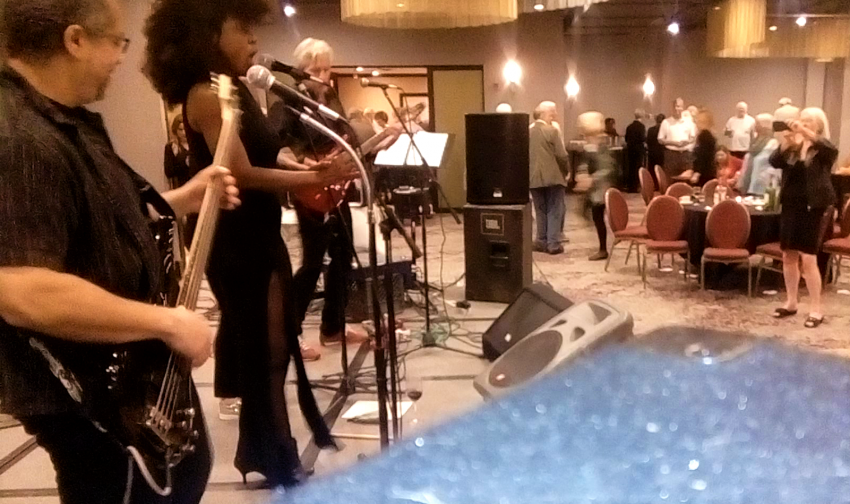 Performing with a dance band. 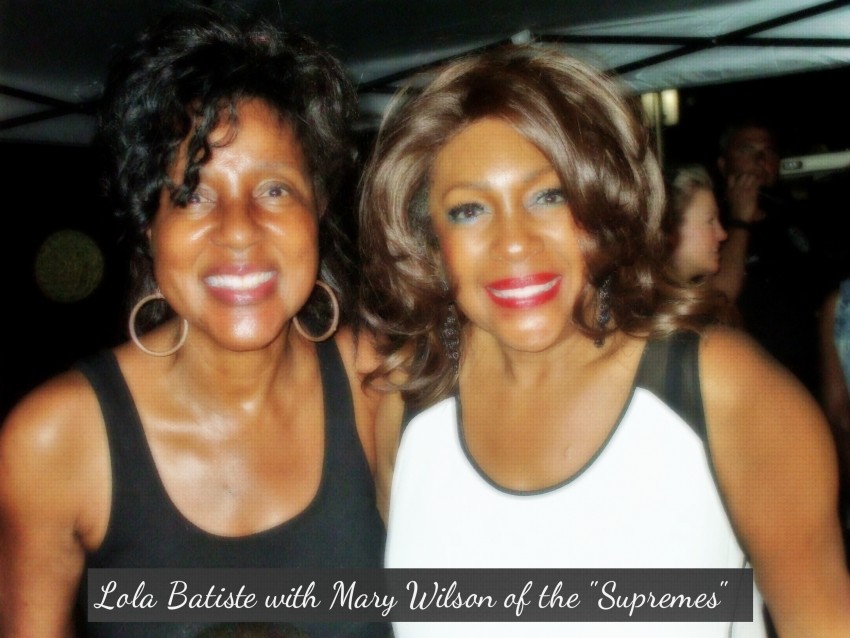 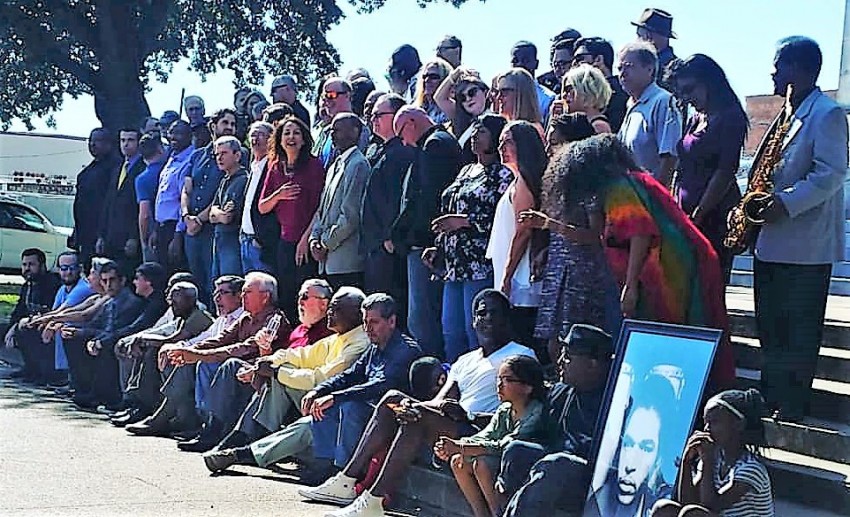 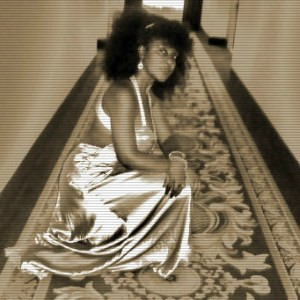 Lola is a vocalist that sings several genre's of music with funky vocals as well as her soft and sweet vocals. She is funk, R&B, Motown and jazz all rolled into one. She has performed the songs of Karyn White, Natalie Cole, Chaka Kahn, Monica, Toni Braxton, Diana Ross, Donna Summer, Aretha Franklin, Patti Labelle and many more of the greats.

Lola was the vocalist at my 50th wedding anniversary and wow she breathed new life into some great old songs with vocals that were reminiscent of lots of influences. She created a vision of an old black and white movie with her beautiful relaxing jazz vocals. My wife and I enjoyed it very much.

"Listening to Lola Batiste sing ballads is like hearing the private reflections of a melancholy angel. Her sweet sultry voice is comforting and unsettling -- taking you on a journey through passion and love."

Jazz Vocalist:
As a jazz vocalist Lola performs songs from the Great American Songbook with a classic jazz tone.

R&B vocalist:
As a R&B singer Lola delivers with a soulful funky tone.

Wedding Singer:
Lola has a very emotional tone that is perfect for the romantic love song.

Some of Lola Batiste's wedding clients book her services as much as a year in advance so book early to insure that she will be available for your special day. Be assured that Lola will deliver your wedding song with style and sophistication.

Lola Batiste aunt was a Baptist church pianist/singer that sang with a fervent vocal style. She had an early influence on Lola's interpretation of a lyric.

Lola attended the Catholic church whose choir pianist had a repressed style, but her aunt who was a pianist in the Baptist church had equal influence on Lola's interpretation of a lyric.

In 2017 Lola competed in the "Denise Lee Onstage So You Think You Can Cabaret" competition where she won 3rd place with her rendition of Billie Holiday's "Fine and Mellow".

In a musical collaboration with songwriter Nico Rizzuto of Cologne, Germany Lola provided the vocals for the creation of “Because You Know Me” a jazzy tune that had some airplay in Germany and is licensed for movies.

Lola has also had the honor of being a member of the prestigious Women's Chorus of Dallas where she sang first soprano under the artistic direction of Melinda Imthurn.​

Along with two other vocalist/actresses she portrayed Diana Ross and the Supremes in the Marsha Moses musical production of “From Dixie to Broadway” a musical documenting the history of African American music. “I have always admired Diana Ross and when I was cast to perform her songs I was so thrilled!”

She has performed at the Kalita Humphrey Theater in Dallas in the stage play production of “ Reveal (a dream tale with music)” a play directed by the accomplished actor-director and writer Akin Babatunde, she portrayed one of three singing dolls that came to life.

“When performing a song I try to interpret the song in the way that I'm feeling it. I never try to be the image of the artist I adore, I extract from their performances things that enhance my own performance.”

“Sometimes when performing I can still hear my aunt's singing style and I can feel the music from the hymns I used to sing in the Catholic church and I really don't try to separate those vibes in my head, I just go with the flow, merge them together, and feel my own unique approach to a melody."

Lola Batiste is a solo vocalist and requires the client to already have the band/musicians in place that she will perform with. Client must provide a DJ for performances of that special song or short set that Lola can perform utilizing backing tracks . She also requires rehearsal before the gig.