Live At The Fillmore 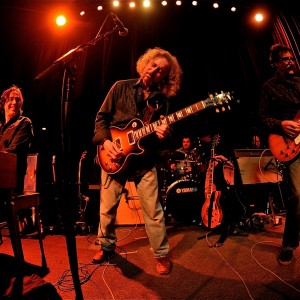 LIVE AT THE FILLMORE is the definitive tribute to the original Allman Brothers Band featuring Duane Allman, Dickey Betts and Berry Oakley. Great attention is paid to recreating the music of the original with an unparalleled degree of authenticity. The excitement and intensity of 'At Fillmore East,' considered by many to be the greatest live rock album of all time is performed with near exact note for note accuracy using the same instruments and equipment used by the original band. This goes for all of LIVE AT THE FILLMORE's repertoire of songs from 'The Allman Brothers Band,' 'Idlewild South,' 'At Fillmore East,' 'Eat A Peach,' 'Brothers And Sisters, and Derek And the Dominoes 'Layla.'

Saw your show at the Rams Head in Annapolis, MD and it was one hell of a show! I know every song they ever played and you guys nailed it 🎸 High energy, great passion and excellent musicianship. You guys played with so much feeling and were extremely tight. Not all tribute bands do justice but not the case with your band. Fantastic show! It was like going back to the 70”s listening to the Brothers- at Winterland so job well done. Hope to see you guys again. 🎸🎸🎸🎸🎸

Just As Great 2nd Time Around!

Once again seeing this band, brought my southern rock sisters with me & as expected Live At The Fillmore delivered an incredible show & blew us all away. They played so-o many songs that just took ya right into an Allman Brothers concert, with such pretty music & amazing vocals! (you know the concert is freakin' rockin' when security tells ya to stop standing/dancing on top of your chair!) You'll be in for a major disappointment if you don't see them, should they come into your neighborhood. Hope they come back to New England soon!

The Best of the Best!

Bottom line is that I shut my eyes & thought I was at an Allman Brothers concert. They're that good, obviously passionate about the music & completely delivering an incredible show. You'll be doing yourself an injustice if you don't take the opportunity to see this band play if they come into your neighborhood. Guaranteed! You will be glad you went!

Response from Live At The Fillmore:

Thanks so much for your glowing reply. Happy to know our performance of the Allman Brothers Band's music moved you. Please let us know when you come to our next show so we can meet in person!

Saw you guys at the Iron Horse in Northampton last night was blown away with your note for note rendition of all of our favorite songs. Whipping post left me speechless. We will be following you guys around the New England area.

My friends took me to Daryl's House in Pawling NY for my birthday and we saw Live At The Fillmore, what an amazing band, great music and energy. I had an awesome night and cant wait till they come back to see them again. It was a wonderful birthday night out with my friends and LIVE AT THE FILLMORE.

Saw Live At the Fillmore May 1st at the Rams Head On Stage in Annapolis Md. What a treat! Wasn't sure how it was going to be when I bought the tickets but was highly satisfied for the performance! Would definitely see again if they came back.

Response from Live At The Fillmore:

Mike, Thanks for your very positive review. We're happy to know you enjoyed the show and look forward to seeing you again soon. This Saturday, May 9th LIVE AT THE FILLMORE is appearing at The Hamilton in Washington, D.C.!

The sights and sounds of the original Allman Brothers Band performing at New York's Fillmore East Auditorium in 1971 or at the The Summer Jam at Watkins Glen Music Festival in 1973 are recreated faithfully in every detail. 'Duane Allman's and Dickey Betts' double lead Les Pauls and screaming SG bottleneck slide guitar solos, The whine of Gregg's Hammond B3 organ and Leslie, Berry Oakley's fluid bass lines, Butch and Jaimoe's pulsing drum and percussion and Tom Doucettes harmonica, the psychedelic liquid light show reminiscent of the famed Joshua Light Show and Joe's Lights, this is what an audience experiences at every LIVE AT THE FILLMORE performance.

LIVE AT THE FILLMORE is the definitive tribute to the original Allman Brothers Band which featured Duane Allman, Dickey Betts and Berry Oakley. It takes its name from what many consider the greatest live album ever made by one of the greatest live bands of all time, At Fillmore East, recorded at Bill Graham's legendary NY rock venue Fillmore East. Rolling Stone magazine listed At Fillmore East as number 49 of the 500 greatest albums of all time and Duane Allman #2 on its 100 Greatest Guitarists Of All Time. Lou Maresca, (leader, vocals, slide, lead and acoustic guitar) heard the original Allman Brothers Band countless times in concert in 1970 and 1971 including those legendary Fillmore shows. Early in 1971 he formed quite possibly the very first Allman Brothers Band tribute, Skydog, and returned again in 2008 with LIVE AT THE FILLMORE.

The opening slide guitar lick of 'Statesboro Blues' immediately transports a LIVE AT THE FILLMORE audience back in time to the Fillmore East in 1971 and holds it there for the duration. The classic 'In Memory of Elizabeth Reed', 'Whipping Post' and the entire At Fillmore East album are cornerstones of a LATF show along with songs from the eponymous album The Allman Brothers Band, Idlewild South, Eat A Peach and Brothers And Sisters. Occasionally, songs featuring Duane Allman such as Layla are added. All the elements of blues, jazz, psychedelic and country music incorporated by the principal architects of Southern rock have been preserved along with their jam band-style improvisation while meticulously preserving the original song structures and arrangements. Just as Gregg Allman is quoted as saying of the Allman Brothers Band, rather than being a jam band, LIVE AT THE FILLMORE is a band that jams. Dual lead Les Paul guitars searing through a 'dimed' Marshall amp and vintage 1970's JBL speakers capture all the subtle tonal nuances so familiar to fans of the original band's live concerts and recordings. A 70's style psychedelic liquid light show a la the original Fillmore East's Joshua Light Show and historic photo slide show creates the perfect visual backdrop to bring the spirit of At Fillmore East back to life!

Set list varies from show to show and includes songs from the albums 'The Allman Brothers Band,' 'Idlewild South,' 'At Fillmore East,' 'Eat A Peach,' 'Brothers And Sisters,' 'Derek And The Dominoes,' and select others which featured members of the original Allman Brothers Band.