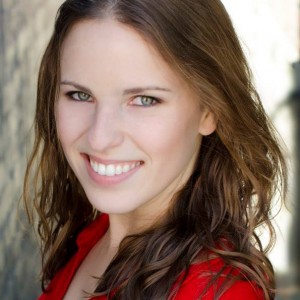 I am a classically trained soprano who can sing in five languages. I have sung in a variety of venues including churches, theaters and clubs. In addition to opera, I am equally comfortable performing musical theatre, jazz standards, and church repertoire.

Be the first to review Lindsay McGinnis, Soprano

A Pittsburgh, Pennsylvania native, soprano Lindsay McGinnis most recently performed in the Pittsburgh Savoyards' production of Iolanthe. She also performed the role of the Princess in Ravel's The Child and the Spells in Steamboat Springs, Colorado with Emerald City Opera. Lindsay can also be seen performing with the Mendelssohn Choir of Pittsburgh, the partnering choir to the Pittsburgh Symphony. Lindsay received her Bachelor of Music degree in Voice Performance from The Ohio State University where she studied with Dr. Karen Peeler. In 2014, Lindsay graduated from Penn State University with her Master of Music in Voice Pedagogy and Performance where she served as a Graduate Teaching Assistant. There, she studied under Professor Jennifer Trost. While at Penn State, Ms. McGinnis had the opportuniy to perform various roles in both full stage productions and scenes including Sister Constance of St. Denis in Dialogues of the Carmelites and Adina in L'Elisir d'Amore. Lindsay McGinnis was also seen on the concert stage as the soprano soloist in the premier of "Unwanted War" by Mürsel Yavuz. Lindsay's singing also took her abroad to Graz, Austria where she performed in concerts of Schumann's Myrthen and Spanisches Liederspiel.

In addition to performing, Lindsay has taught voice for Act One Theatre School and also teaches privately.