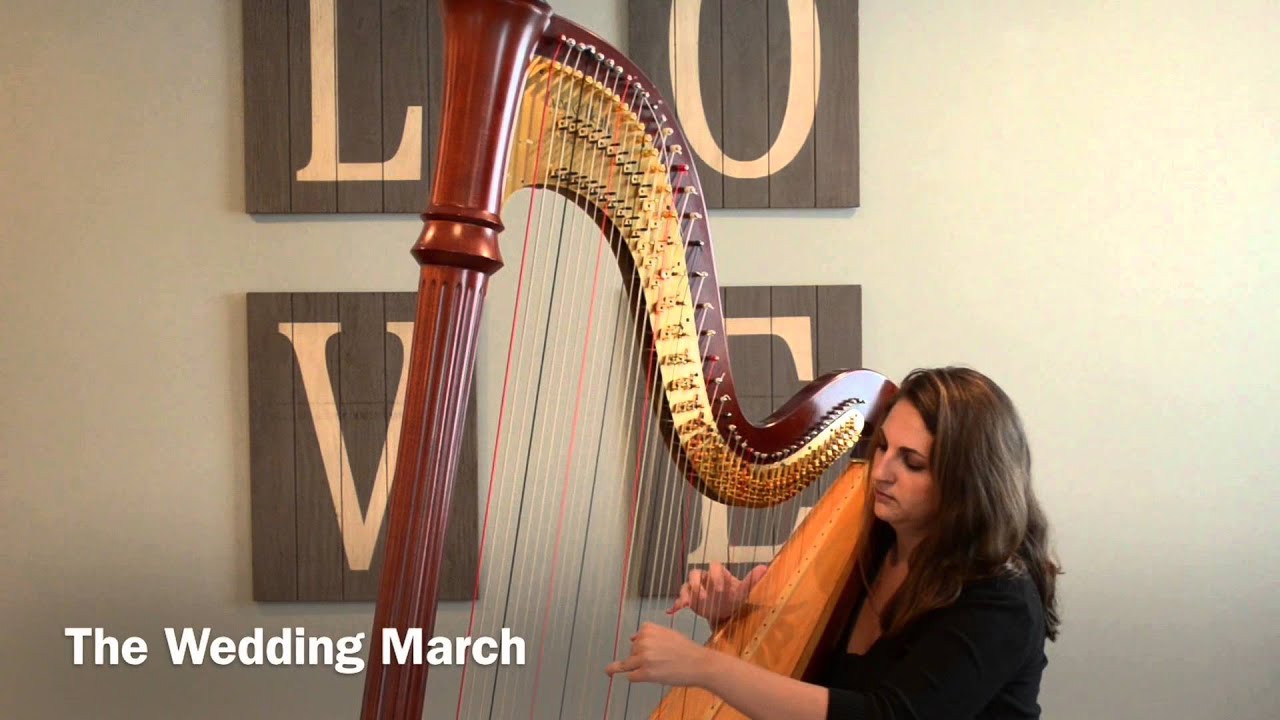 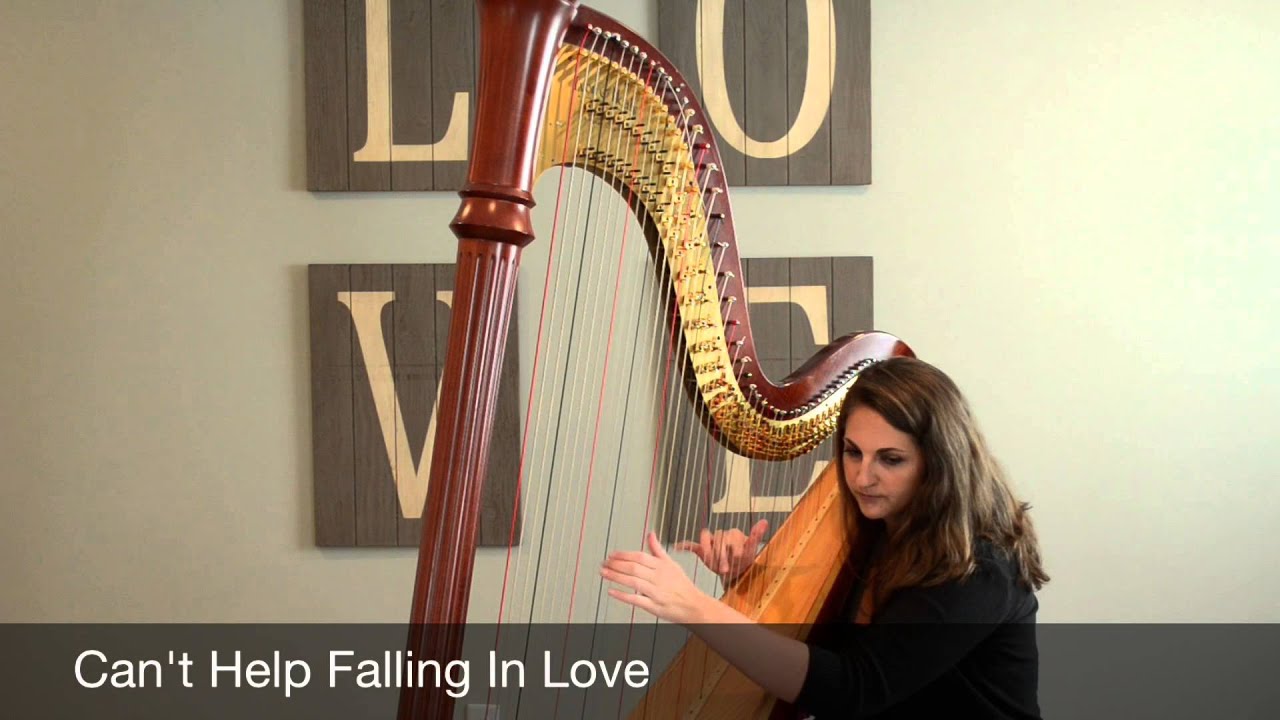 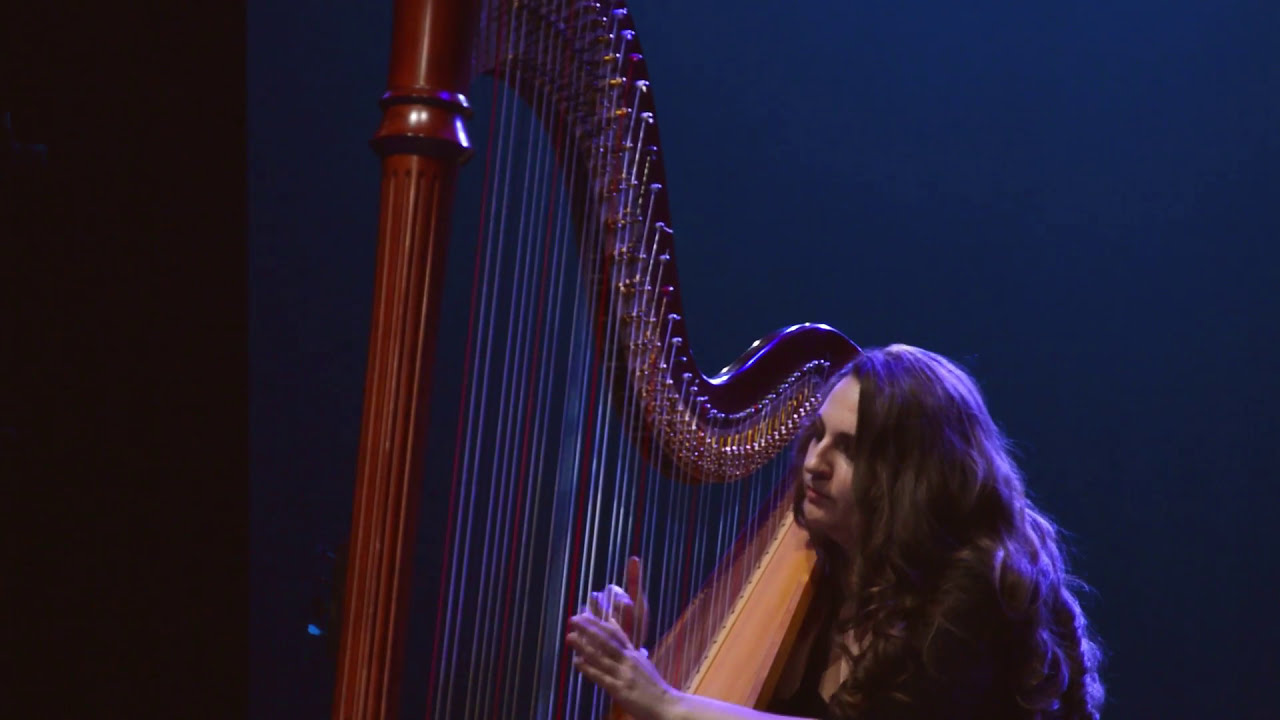 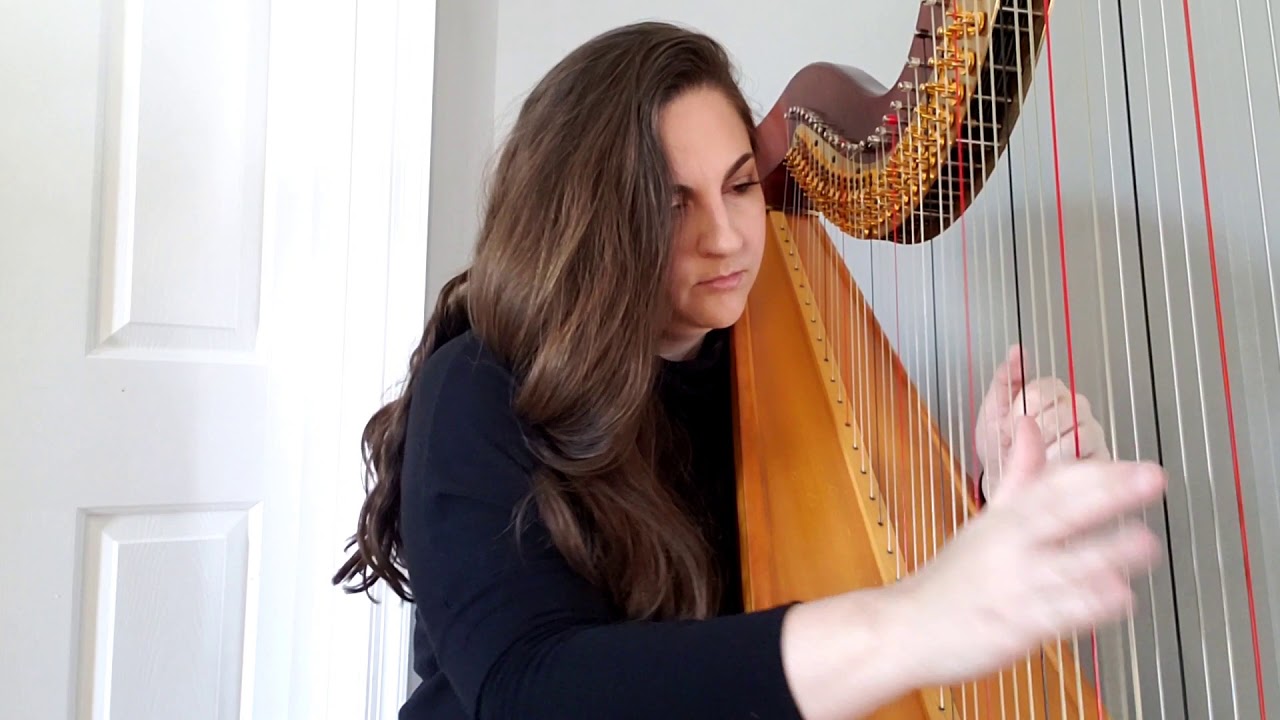 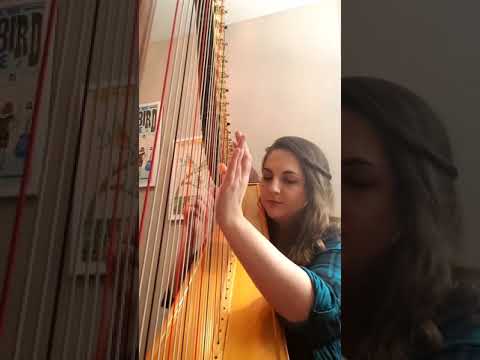 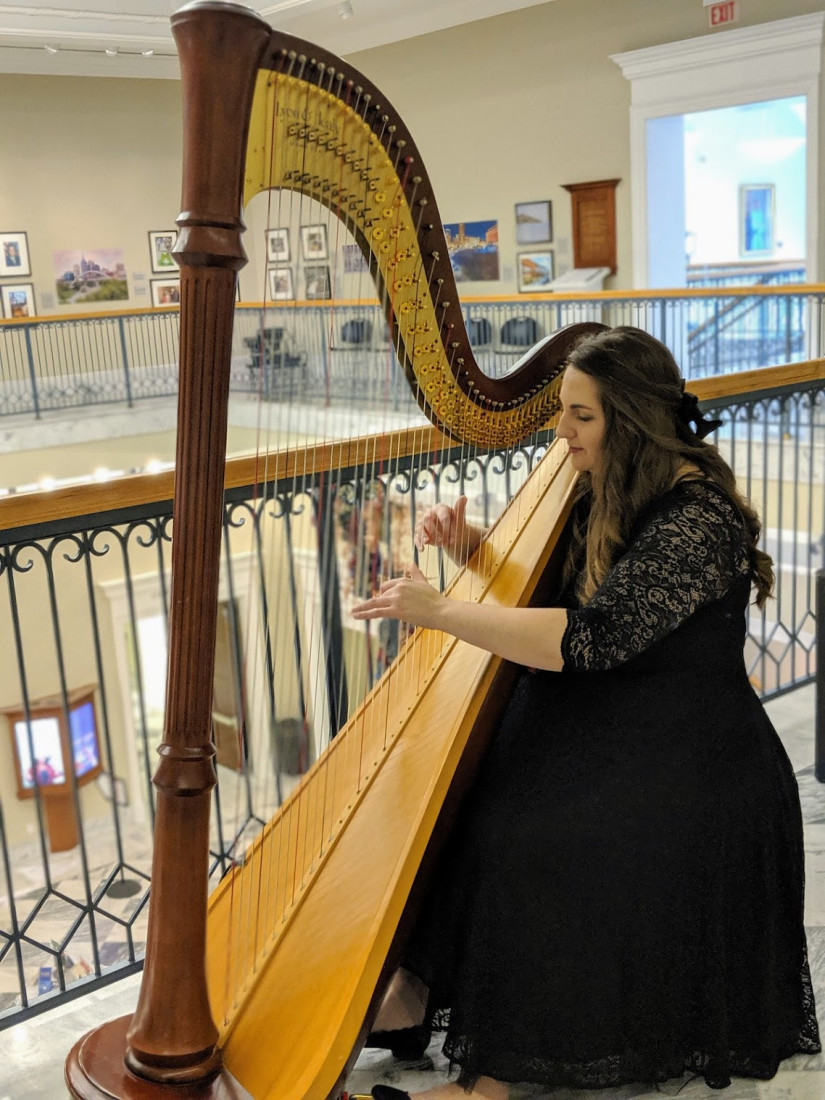 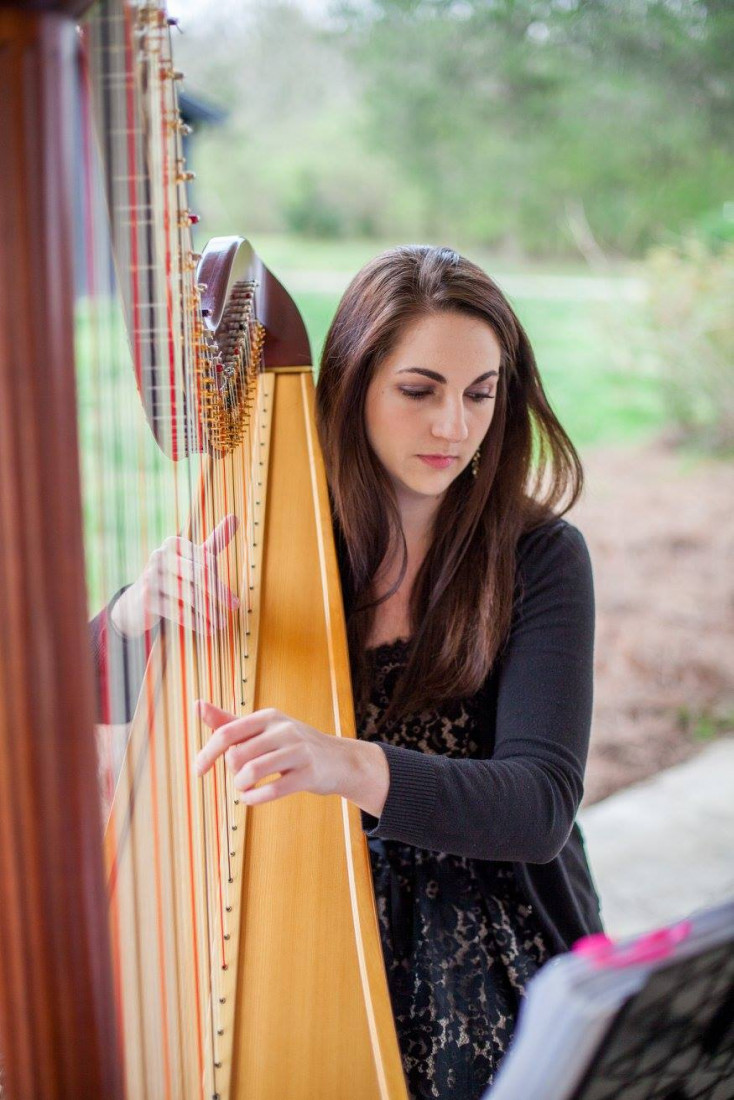 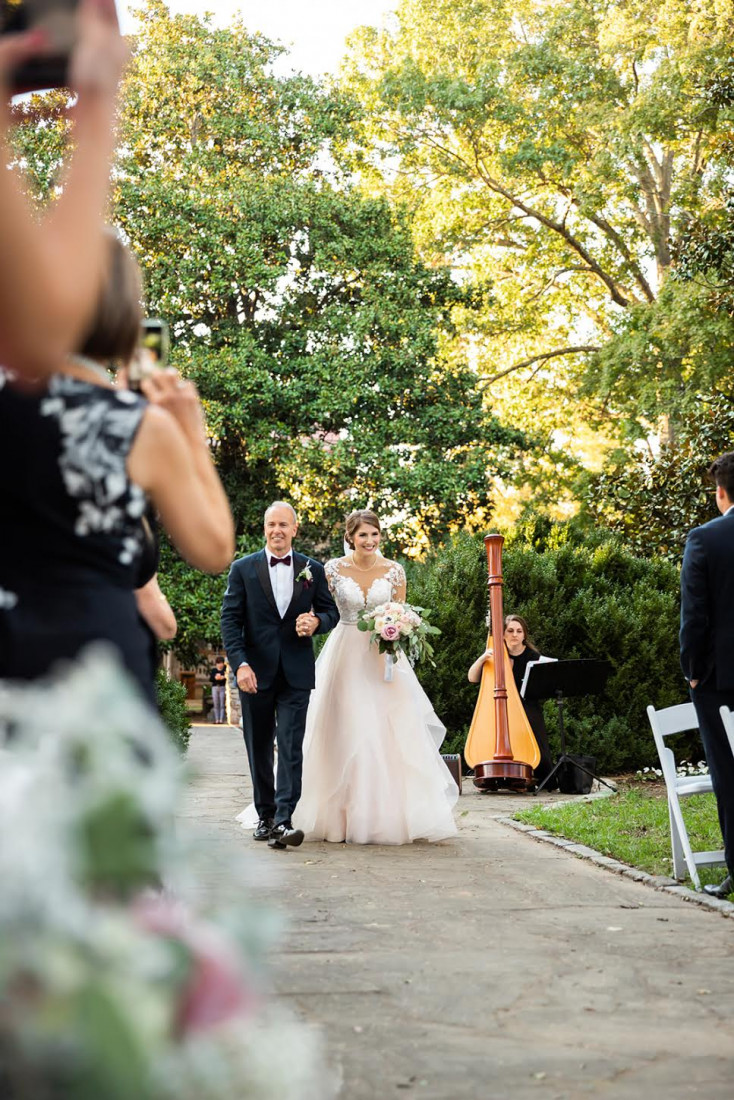 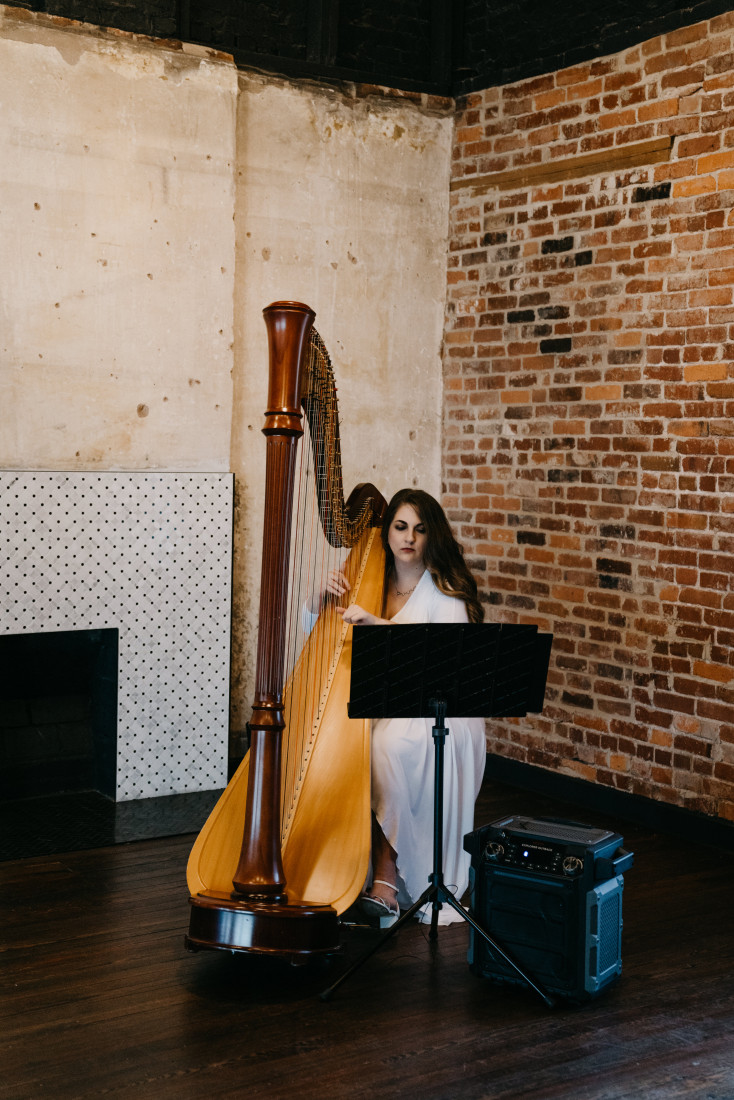 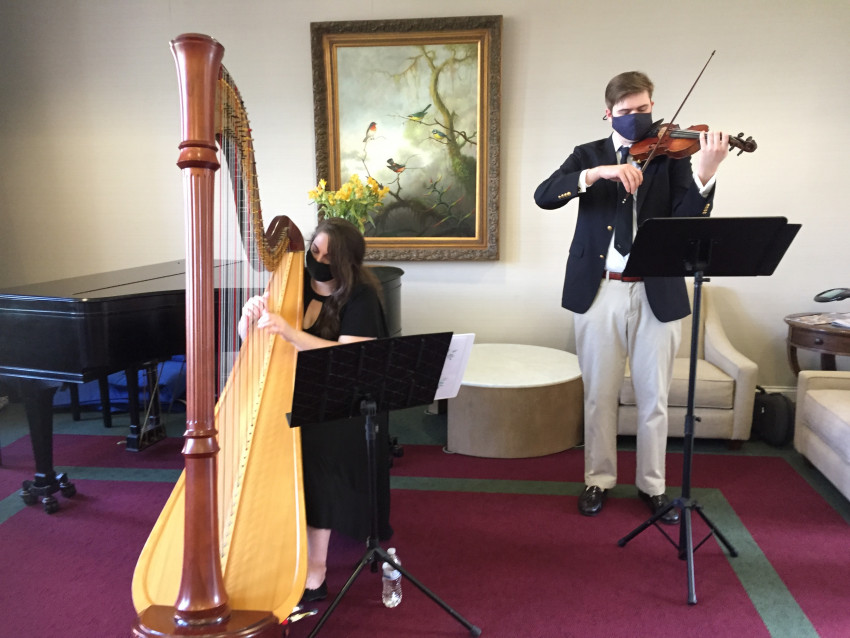 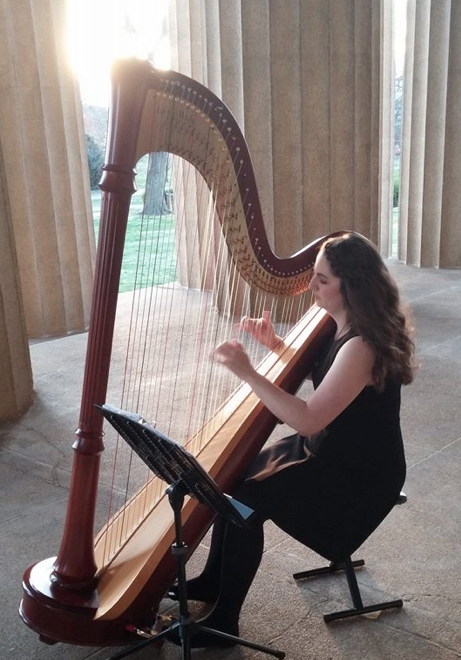 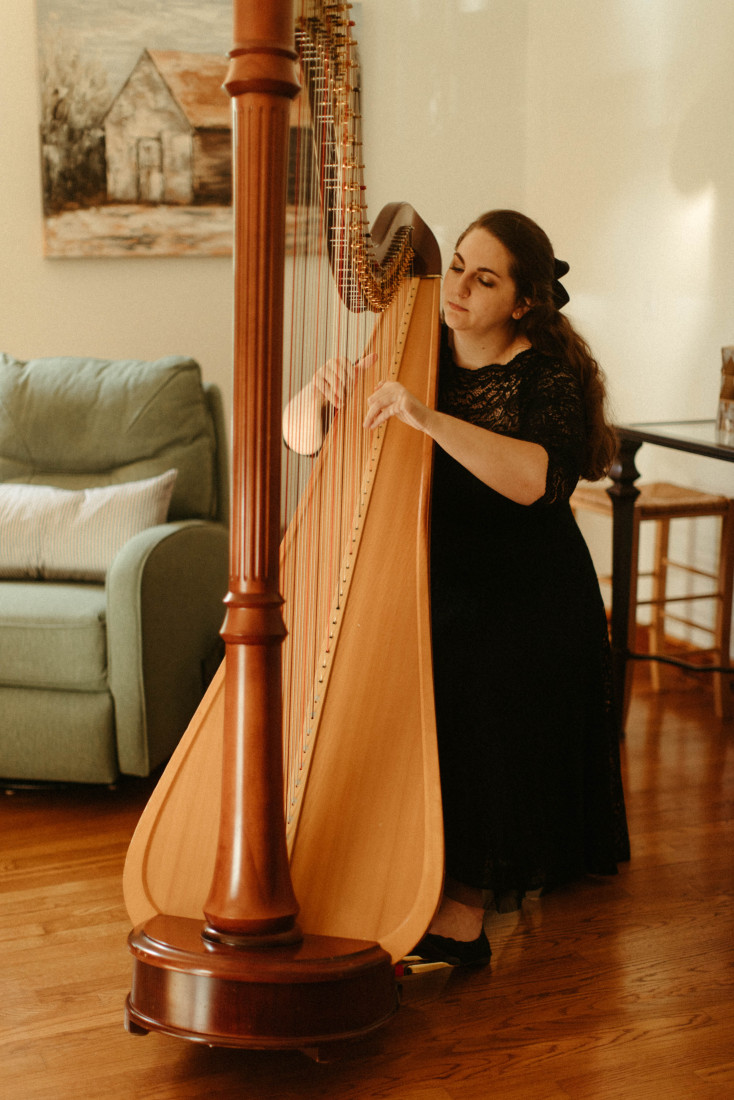 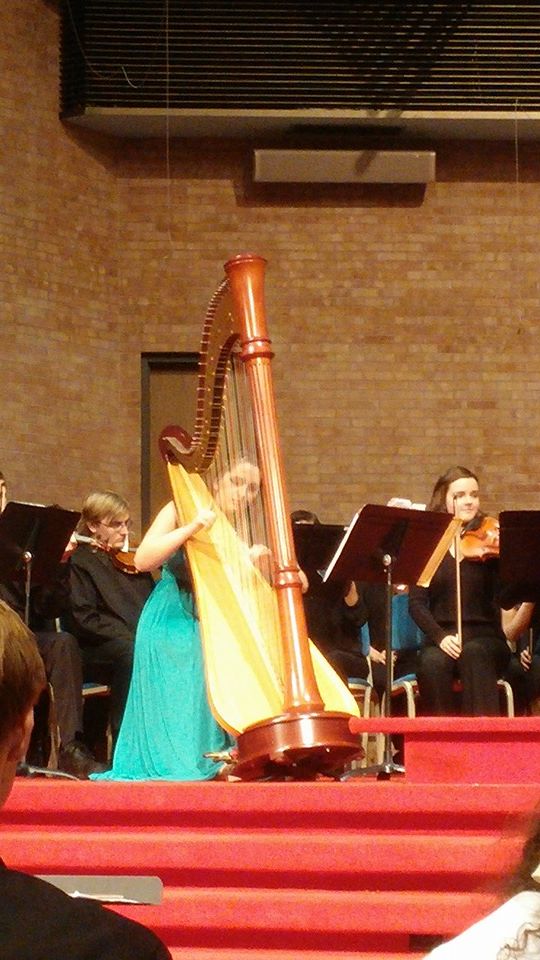 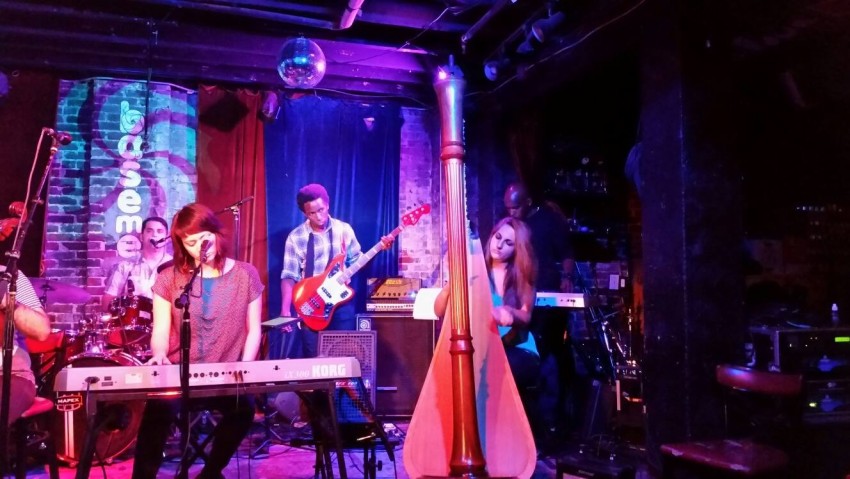 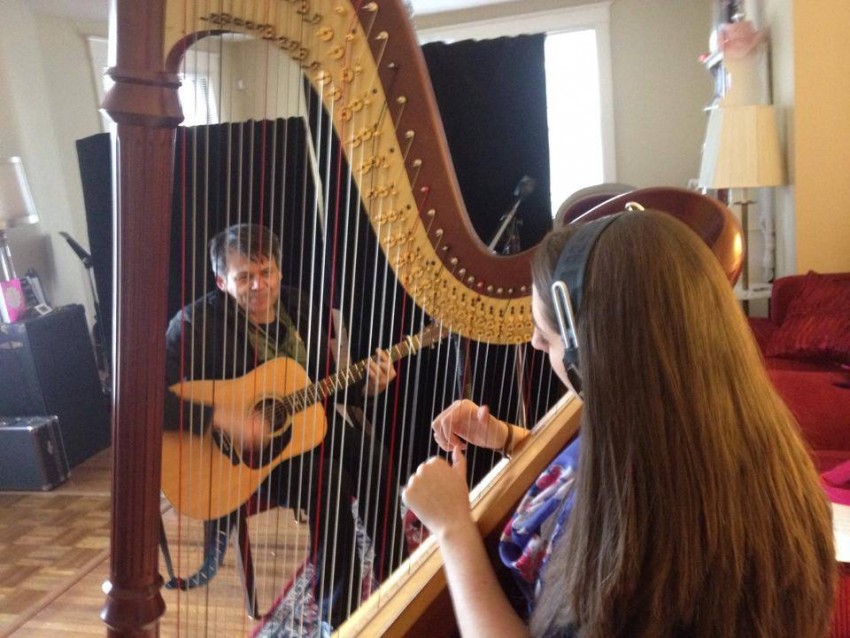 I am a Nashville-based harpist with sixteen years of playing experience and a Bachelor of Music in Commercial Music from Belmont University. I am available for weddings, luncheons, dinner parties, corporate events, funerals, and other special events. I am also available for live shows, recording sessions, and teach harp lessons to students of all ages and ability levels.

Liana Alpino did a wonderful job for our event!

Liana played with great skill and beauty. In all ways she was very professional. She was dressed in a beautiful and appropriate style, came very early to set-up, was great about answering email communication before the event. Can't say enough good things about her.

I cannot express to Liana the beauty she added to my Angel Babies ceremony ❤️❤️❤️ Elegant, classy, impressive....I could go on 😀 Thank you for your beautiful masterpiece with your harp and your amazing talent!!!!

Liana played for my daughter's wedding ceremony and also for the cocktail hour at the Gaylord Opryland in Nashville. Liana's selection of music was outstanding. My brother-in-law told me he thought he was in heaven, the music was so beautiful. What a blessing to have Liana play and be part of such an important event in our lives. Liana was willing to hang around 2 hours to also play at the cocktail hour which was so beautiful. She played some popular tunes and did so with such class. I can't begin to tell you the number of compliments I received about this amazing harpist. I would definitely use Liana in the future for an upcoming event in Nashville. Just wonderful. Thank-you Liana for making my daughter's wedding even more special.

Liana was great and I got lots of complements from guests! Would recommend her for your event and will hire her again myself!

From beginning to end Liana was a joy to work with. She is truly talented. Liana, met all the song requirements that we requested and she played them most beautifully. She was in constant communication and worked dilligently to ensure that our ceremony music was timed well and blended seamlessly. She has quite an extensive playlist and if we needed a song not listed she offered to learn it. I could have not asked for a more talented harpist then Liana. Her musical talent added just the perfect detail to our beautiful ceremony.

Thank you so much for the kind words, Angelica! It was a joy working with you!

We had such a great experience with Liana! She played perfectly, adjusting lengths of songs as needed to match the ceremony. She didn’t let the inclement weather affect her music. She provided such a classy addition to the wedding ceremony and delighted all of the guests!!

Liana was a highlight of our anniversary celebration. She was excellent and exceeded expectations.

Liana did a fantastic job. The harp always adds such a lovely serene feel to a wedding. She went above and beyond in making sure my wedding turned out as wonderful as it did, and I appreciate every effort she put forth.

Liana was very accommodating. I wanted a beautiful atmosphere for my wedding and she provided that in spades. Everyone stated they enjoyed the music and itwas so lovely to walk down the isle and have the ceremony performed by her and Cassandra.

I highly recommend her and hope to send more work her way. Thank you Liana for making my special day majestic.

Our experience hiring Liana was wonderful!

Before the wedding, Liana met with us, and took the time to preform and assist in choosing the repertoire. She is very professional, very detailed, and an outstanding musician!

Our guests are still raving about how lovely the music was at the wedding and how talented Liana is. We are so grateful to have found her!

Thanks, Liana, for making our day so special!

Liana's beautiful harp music created just the atmosphere I wanted at my birthday party. She was very professional and played a wide variety of pieces that pleased and delighted me and my guests. I highly recommend her. Thank you!

Liana Alpino is a professional harpist based in Nashville, TN where she maintains an active performing schedule and a private teaching studio. She graduated from Belmont University in 2015 where she became the first harpist to achieve a Bachelor of Music in Commercial Music. She also earned a minor in Classical Harp Performance and a Bachelor of Business Administration in Music Business. Alpino regularly performs for weddings, special events, recording sessions, and with artists throughout Middle Tennessee. Her vast repertoire allows her to put together programs with classical, pop, rock, irish, jazz music and more. She also has themed programs available for Halloween, Valentine’s Day, St. Patrick’s Day, and the holiday season.

Alpino has had the opportunity to perform with artists such as Keith and Kristyn Getty, Kathy Mattea, ABBA’s original band members and Roy “Futureman” Wooten. A seasoned orchestral performer, Alpino regularly performs as a substitute harpist with both Paducah Symphony Orchestra and Orchestra Kentucky Bowling Green. In her spare time, she passionately composes new works for harp, as well as working on her signature pop music arrangements for the harp.

Alpino’s most recent honors include winning Grand Prize, Adult Category in the 2021 Nashville Philharmonic Orchestra’s Concerto Competition, being selected as one of the winners in the 2021 Atlanta Harp Center Composition Competition, writing an article for the January-February 2021 issue of Harp Column Magazine, and being featured on Channel 4 News for her 2020 neighborhood driveway concerts.

Hymns Sample
A Mighty Fortress is Our God
Abide With Me
All Glory, Laud, and Honor
Amazing Grace
The Battle Hymn of the Republic
Be Thou My Vision
For the Beauty of the Earth
Go Tell It on the Mountain
Here I Am, Lord
Jesus Loves Me
Kum Ba Yah
A Mighty fortress is Our God
Morning Has Broken
Nothing by the Blood
O Perfect Love
Swing Low, Sweet Chariot
The Church’s One Foundation
This Is the Day
There Is a Balm in Gilead
(and more)


Popular Music Sample
Across the Universe (The Beatles)
Ain't No Sunshine (Bill Withers)
All I Ask of You (From Phantom of the Opera)
And So It Goes (Billy Joel)
Angel of Music (From Phantom of the Opera)
As Tears Go By (The Rolling Stones)
A Time For Us (Theme from Romeo and Juliet)
At Last (Etta James)
Aquarius (From Hair)
Blowin’ In the Wind (Bob Dylan)
Can’t Help Falling in Love (Elvis Presley)
Clocks (Coldplay)
Crazy (Patsy Cline)
Edelweiss (From The Sound of Music)
Eight Days a Week (The Beatles)
From This Moment On (Shania Twain)
Fun, Fun, Fun (The Beach Boys)
Georgia On My Mind (Ray Charles)
Happy Together (The Turtles)
Here Comes the Sun (The Beatles)
Hey Jude (The Beatles)
House of the Rising Sun (The Doors)
How High The Moon (Etta James)
Imagine (John Lennon)
In My Life (The Beatles)
In the Mood (Glenn Miller)
Marry You (Bruno Mars)
Maple Leaf Rag (Scott Joplin)
Music of the Night (From Phantom of the Opera)
My Favorite Things (From The Sound of Music)
My Heart Will Go On (From Titanic)
Over the Rainbow (Judy Garland)
Piano Man (Billy Joel)
Red River Valley (Marty Robbins)
Ring of Fire (Johnny Cash)
Safe & Sound (Taylor Swift / The Civil Wars)
Satin Doll (Duke Ellington)
She’s Got a Way (Billy Joel)
Stairway to Heaven (Led Zeppelin)
Streets of Laredo (Marty Robbins)
Such Great Heights (Iron & Wine)
Surfer Girl (The Beach Boys)
Tea for Two (From No, No, Nanette)
The Longest Time (Billy Joel)
The Way You Look Tonight (From Swing Time)
What A Wonderful World (Louis Armstrong)
When I Fall in Love (Nat King Cole)
Yesterday (The Beatles)
Your Song (Elton John)
(and more)

Disney Music Sample
A Dream is a Wish Your Heart Makes (From Cinderella)
A Whole New World (From Aladdin)
All in the Golden Afternoon (From Alice in Wonderland)
Beauty and the Beast (From Beauty and the Beast)
Bella Notte (From Lady and the Tramp)
I’m Wishing (From Snow White)
Kiss the Girl (From The Little Mermaid)
Let It Go (From Frozen)
Some Day My Prince Will Come (From Snow White)
So This is Love (From Cinderella)
Theme Song from Up! (Up!)
When You Wish Upon A Star (From Pinocchio)
Zip A Dee Doo Dah (From Song of the South)
(and more) 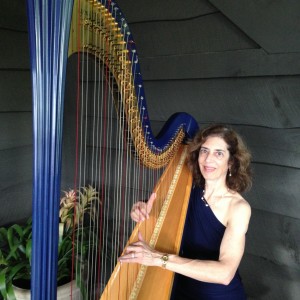 Dae J. said “She’s very pleasant a kind soul & such a peoples person, she can blend in any environment.” 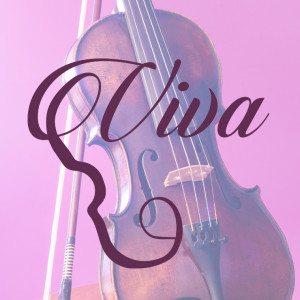 Abigail H. said “Viva la Strings played a duet at our wedding ceremony this past September. The music was absolutely beautiful and exactly what we wanted. We decided a…” 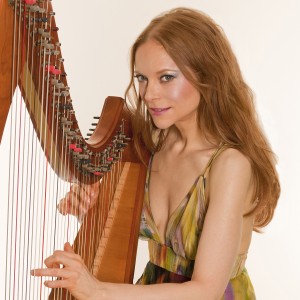 Heather B. said “Erin was a dream come true!! She is so extremely talented. Her voice is magical. She provided an extensive list of song recommendations which was very…”

Beth B. said “Beste was absolutely a delight to work with while planning our daughters wedding. She plays beautifully and I would recommend her for any event. She was…”