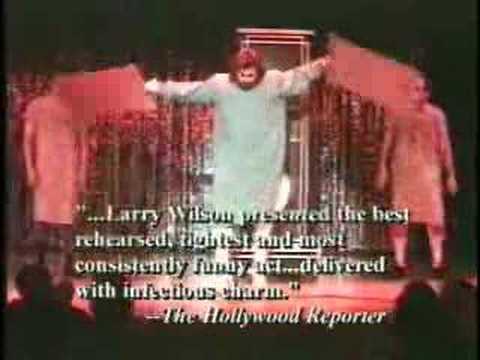 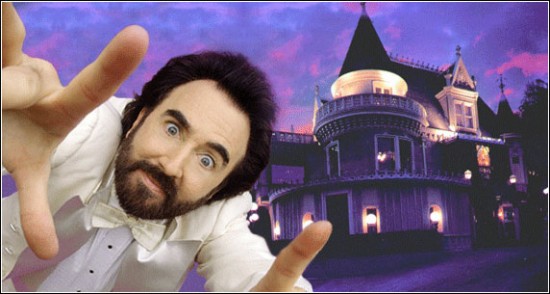 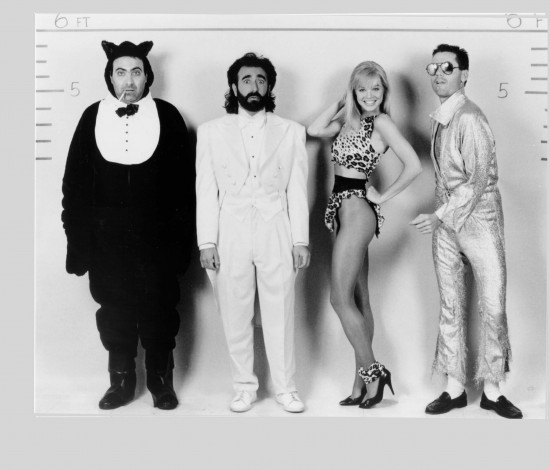 An extraordinary line-up of talent 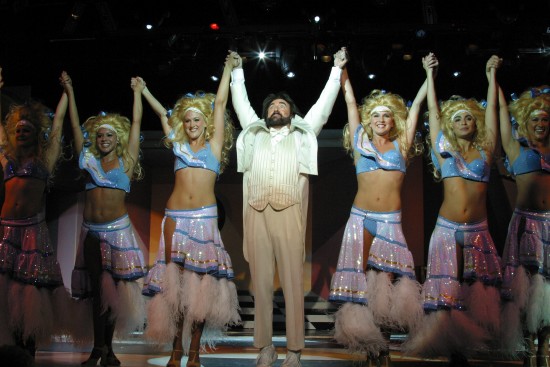 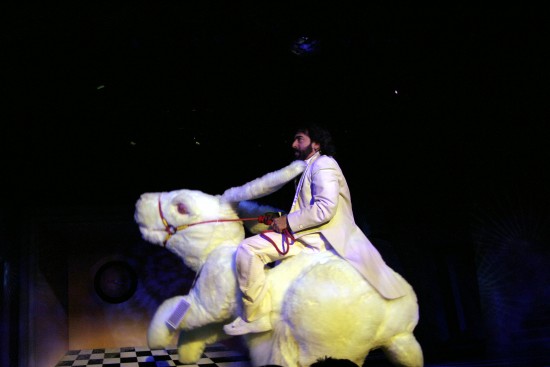 I get by with a little help from my friends

Direct from television and the biggest showrooms in the world, the hilarious Emmy award-nominated magician Larry Wilson brings a caliber of entertainment to your event that your guests will be talking about for years to come!

If anyone is planning to organize an informal, yet professional business event, it is my recommendation to encompass Larry to handle the levity portion of the program. He brought enjoyment to all who attended. I believe I will be contacting Larry for future Chamber events.

As the Director of Events, Development, and Youth Programs for northern Nevada’s largest performing arts venue, it has been my sincere pleasure to feature Larry Wilson on our artist roster for the past four years. Larry's educational, entertaining, family-friendly magic show has been a perfect match for the Pioneer Center Youth Programs artist roster. The glowing feedback received from audience members at these shows stands as a testament to the quality of his work.

His astounding performances offer a humorous, informative look at the basic scientific principles behind everyday magic tricks. Larry draws connections between age-appropriate curriculum material and the impressive feats he performs on stage. Children observe the performance but also participate, following along and learning how to re-create these “tricks” at home. Audience members of all ages are engaged and delighted by Larry Wilson’s amazing talent and his friendly demeanor. They truly become a part of the show, realizing that they, too, are capable of creating their own magic.

Larry Wilson has been a shining star of The Pioneer Center’s outreach division, and his work stands as a prime example of the importance of arts education for children. His show illustrates the direct connections between performing arts and scholastic endeavors, educating children while also encouraging them to participate in activities that inspire them.

It is without reservation that I recommend Larry Wilson as an entertaining, educational, wonderful artist to present. Not only is he a true professional, but Larry is also a delight to work with. He is a gifted performer whose impressive skills and amusing dialogue combine to create a unique and truly memorable show.

Larry Wilson was just great, so great! I wish I could use him for every event that comes my way it would make my life so much easier. Larry is first and foremost an extraordinary COMMUNICATOR. He gets it the first time and then I know he has me covered. He is the easiest person to work with I've ever dealt with in show business. He reads the crowd like a pro and then delivers a superb, polished evening's entertainment. I couldn't be more pleased with Larry and my clients feel the same way. That's all that matters to me.

Coincidentally enough, that's all that matters to me, too!

Our company had the honor of planning all of the corporate events for a large gathering of Credit Union executives this past August in Spokane, Washington. We had Larry Wilson as the cornerstone for all of the events and booked his comedy magic show as the main performer after the banquet dinner.

Our theme was "The Magic of Customer Service" and we used Larry in a varity of roles at a variety of venues. To say Larry Wilson and his team hit one out of the ballpark, would be an understatement. I have never seen that many "conservative" banker types of men and women laugh as hard as they did at all of Larry's magical hi-jinks.

Because we utilized him in a variety of magician roles at each function, Larry's presence at the various events strengthened his connection with the attendees. Larry and his magic was so well received so much so that when he took the stage for the "big show" on Saturday night he was greeted with a standing ovation.

I am thrilled to recommend Larry Wilson to anyone wanting to deliver the best event they will ever have. I should also note that Larry's ability to deliver customized material made him seem like he has been in the banking business his entire life.

I have been in the banking business for years. I have a checking account and a savings account, not to mention an ATM card.

Larry Wilson is hands down THE best entertainer I have ever hired for an event. From the moment he appeared on stage he had the audience laughing and applauding! His illusions were a hit, but the real 'magic' was how he connected with the audience. This guy should host the Late Night Show, he is hilarious! I recommend him to all my clients.
On a professional note, Larry was extremely easy to work with. He was on time, put on a fantastic show, and was polite and approachable from start to finish. I wish he would teach a class on performer etiquette for some of the other acts I've hired in the past.
Bottom line is, if you want your event to be a success, Larry Wilson is your man. Thank you Larry for making me look good!

If only you were the President of NBC, Deb, then I WOULD host the Late Night Show. Until then, I'll keep entertaining late night audiences one show at a time.

It was a pleasure to have Larry at my husband's 60th birthday party. Everyone enjoyed the show and the way he performed by co mingling with party guests.
Good idea(mine) good entertainer (Larry). I will do it again.
Jeni Temen

This proves that you must be a genius if you're smart enough to hire me. (Seriously, that's the whole idea-- I do the show, but YOU get the credit!)

Had the pleasure of observing Mr. Wilson at an event where he entertained my guests during a stage show for which he was emcee and one of the acts. His performance was very amusing, and I noticed how strongly the audience responded. After the show, he came out from backstage to chat, and he was the complete diplomat with my guests: one or more of them had enjoyed a bit too much to drink, but he dealt with them skillfully and left them smiling. There was also an incident onstage that was clearly unexpected, and Mr. Wilson handled it with aplomb, turning a potentially embarrassing situation into a moment of humor. I noticed that he did not use swear words in his show, which is rare and which I appreciate, yet his material was as funny as could be. I had the impression that Mr. Wilson is focused on providing his audience with an excellent experience, and he doesn't "clock out" simply because the curtain has come down. Recommended without reservation.

It's always nice to see that somebody appreciates clean comedy.

Larry Wilson doesn't take magic seriously. But that’s no surprise to anyone who's seen him starring in his psychedelic extravaganza, “Wonderland,” at Harrah’s Hotel & Casino in Reno. The debate over whether he is a comedian or magician leaves him unconcerned. Audiences are laughing so hard they don't even seem to realize that the astounding and freaky visuals taking place all around them are actually magic. “I don’t want to fool you,” Wilson candidly admits, “I just want to blow your mind a little.” His latest creation, “Wonderland,” does that in full measure. His high-energy performance combined with his gift for lightning-fast ad-libs makes it difficult to tell what’s really planned and what’s simply a spontaneous happening. And that’s what “Wonderland” is all about. As Larry explains, “It’s not a place; it’s a state of mind.”

How did this self-professed refugee from the Summer of Love wind up producing his own theatrical spectacles? Larry is the first to admit it’s been an unusual career. He began his performing career at the Magic Castle in Hollywood, a private club for magicians. He was somewhat apprehensive about presenting his mix of comedy and magic because of the Castle's reputation as a reserved and dignified forum for magicians. Fortunately, his satirical advertising pitch for the "Famous Magicians School" was an immediate success and even the most diehard magicians were delighted with his spoofing of the art.

In no time at all Larry found himself in places like Las Vegas, Atlantic City and Lake Tahoe performing with the likes of Sammy Davis, Jr., Ann-Margret, and The Pointer Sisters. This, in turn, led to a long string of television appearances with his zany assistants, the Flying Cavettis, and it was an appearance with this stage troupe which garnered Larry his first Emmy nomination as a performer.

Larry is also quite in demand as a technical consultant for magic and special effects in movies and T.V. He’s taught sleight of hand to a host of famous actors including Brooke Shields, Patrick Dempsey, Timothy Hutton and Nick Nolte. He was hand-picked to create the now famous comedy-magic sequence that Leslie Nielsen performed in the classic comedy hit "Airplane!" Larry has displayed his sleight of hand skills on “Hard Copy,” as a crooked casino dealer on ABC’s “Line of Fire” and on the A&E special, “Stealth Technology,” where he demonstrated how the military uses many principles of illusion in modern warfare.

“Eventually I realized that if I broke away from the preconceived ideas of magic and did something that was true to what I am, the result would have to be something unique,” Larry says. “So I took a long look at myself and realized that the things I have such great fondness for all came from the 60’s—the music, the clothes, the lifestyle. All at once, it seemed so clear, the perfect theatrical framework to combine these fantastic cultural influences was just ready and waiting for me—“Alice in Wonderland.” It’s the trippiest, most surreal, otherworldly tale. And everybody knows all about it. Or, at least, they think they do.” That was the jumping off point for “Wonderland.” His long history with Harrah’s casinos made it a natural choice to launch this ambitious project and the response has been phenomenal right from the opening night performance.

Larry is very pleased about the public's reaction to his peculiar mix of magic, comedy and theatricality. "Today audiences crave a more intense theatrical experience. When they go out to see a show, they want to be immersed in something, they want to feel something.” That’s why “Wonderland” cuts across such a broad spectrum in its appeal. “Magic isn’t about the tricks; it’s supposed to be about going on a little trip to an alternative reality.” Does that make Larry Wilson the next Houdini? "Oh, no," he's quick to say. "That stuff with the handcuffs I leave to the pros... like Lindsay Lohan."

Robbi S. said “I was completely blown away by the magic of Sir Lantz! I knew that he had been doing magic for many years, so I assumed that he would entertain our guests,…” 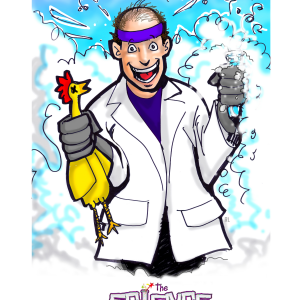 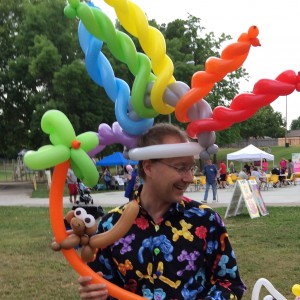 Jamie D. said “I think the adults loved Albert as much as the kids! Great performer, kept everyone entertained.”