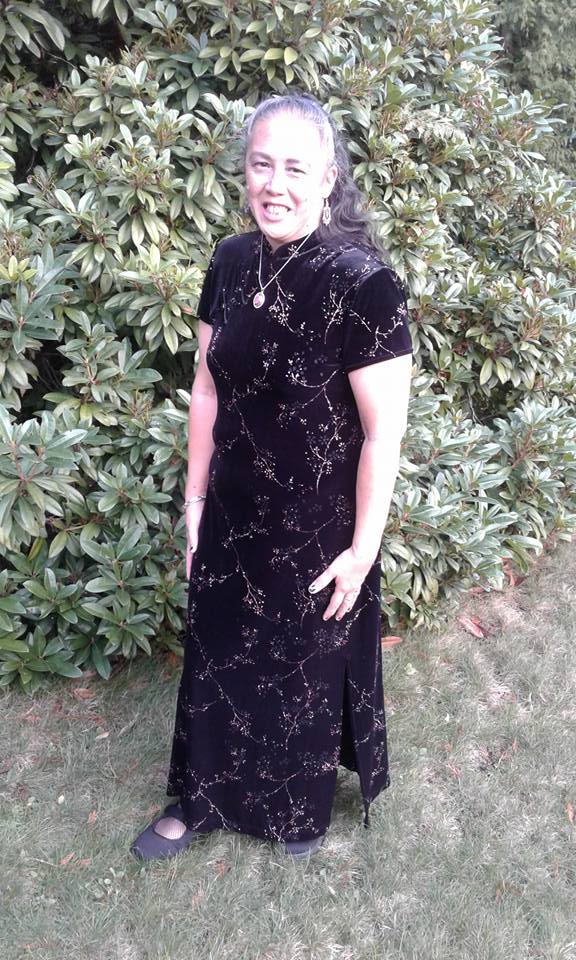 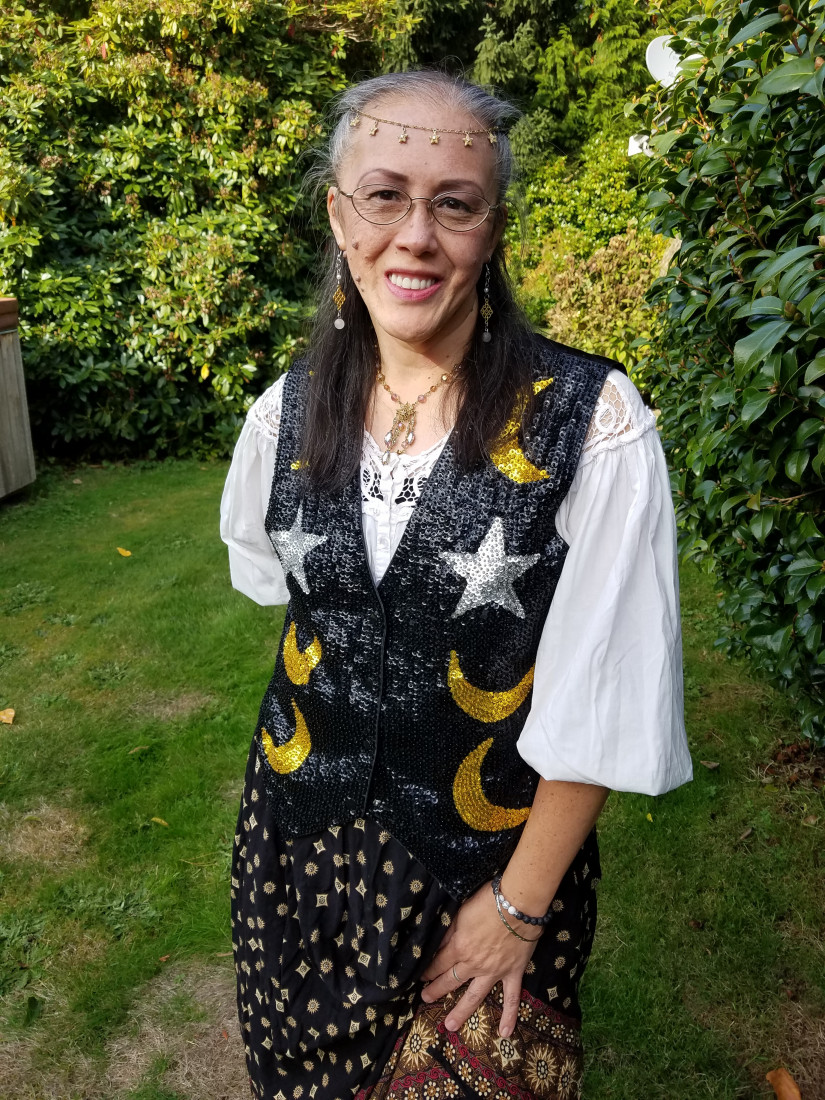 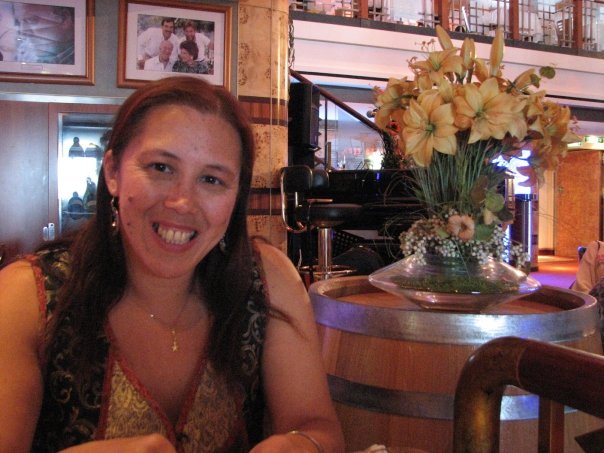 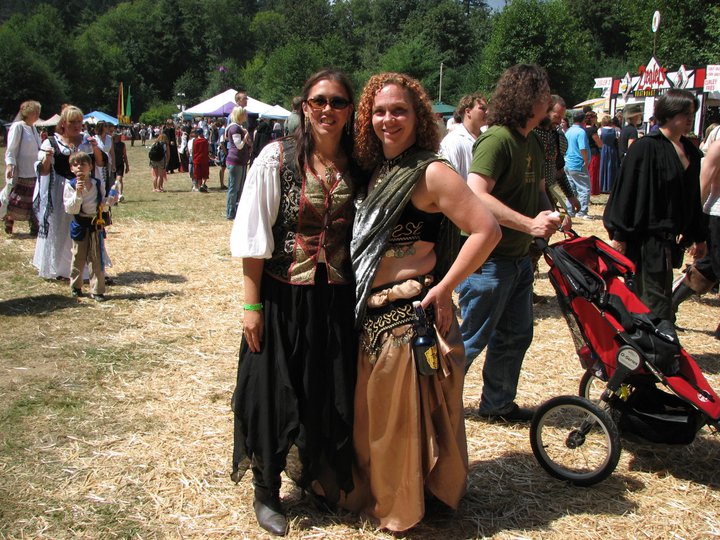 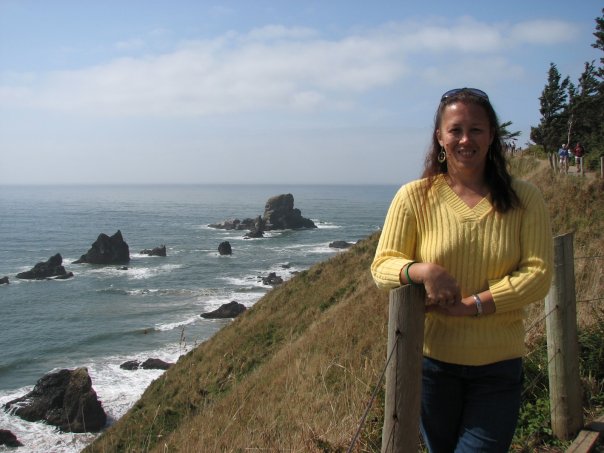 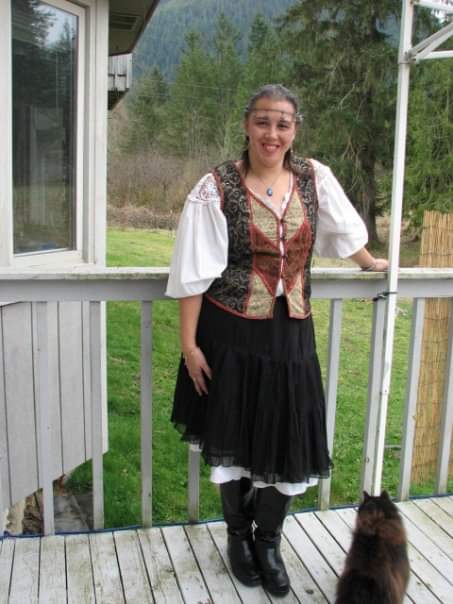 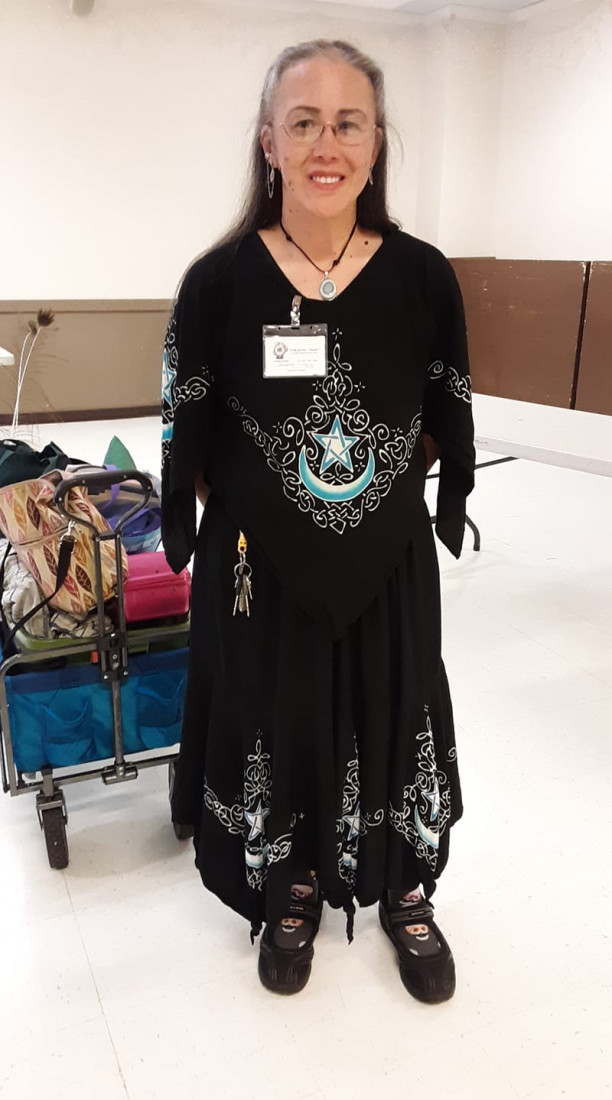 Leean Lester a.k.a. ~ "Lady Merlin Mystic" has 25 years of experience. In 2019 she retired the persona - " The Palmistry Lady", to better showcase her talents & abilities - Palmistry, Tarot Cards, Numerology, Dice, Scented Numbers, Past Lives, & more. She is an ordained minister. ~ U.L.C. & S.H.E.S. Leean is known for her degree of being " spot on" & a friendly persona as a skilled reader. Accepted as a gifted psychic reader, she has performed readings for thousands of satisfied clients & other psychics at many different showcases, fairs, festivals, & private events throughout the NW area. She has been entertaining since 1990 as a psychic or clown.

Such a wonderful Exprience

I would highly recommend Lady Merlin. She was professional, and a great communicator. She came into the party and got all set up and started right away and as a host, it was so nice not to have to think or do any additional work. Everyone loved their reading and it created wonderful conversations for my guests even those on the fence about it, ended up still talking and enjoying their time with Lady Merlin! Thank you for making an unforgettable experience for my friends and loved ones we'll be talking about it for ages!

Hi Haley , Thank you so much for the wonderful review ! I'm so glad everyone enjoyed themselves & had a good time ! It was my pleasure to meet everyone & make their evening so much fun ! Hugs Lady Merlin 🤗

Lady Merlin is so fun. She did tarot and palm readings for a party of 30. Everyone loved her so much I had to ask to for another hour! She is professional, great at communicating, and just so lovely. Highly recommend and will definitely hire again in the future.

Thank you so much for the awesome review ! I'm glad that everyone had fun & enjoyed themselves !

Lovely addition to our festivities!

Lady Merlin and her psychic talent were such a delight to have at our party! Even our skeptics had a good time. She is so very sweet and has a great sense of humor. Her readings are very entertaining, she sugar coats nothing. She provided a variety of readings from palm to tarot to rolling dice so everyone found a style that interested them. Each person who did a reading got a few little goodies, what a sweet touch!

I loved this and would recommend to everyone! THANKS, LADY MERLIN!

Thank you so much for the very kind & generous review ! I'm so glad everyone enjoyed themselves & it was my pleasure ! Enjoy the holiday season. Hugs

I booked Leean for a bachelorette party of about 9 girls, and I'm so happy I did! She was such a great presence to have in the house and performed private readings for everyone as well as a group reading. She kept it very light and fun and everyone enjoyed her and was talking about it for days! She was spot on with some things! We even had a few semi-skeptics in the crowd and by the end of the reading they were very into it! She performed tarot, palm reading, energy reading, past lives, as well as brought goodie bags/gifts for everyone. What a wide variety of skills she has! Would highly recommend booking Leean for your next get together - or for a private reading for more in depth experience.

Thank you so much Kelley , for that generous review. I'm glad everyone had a great time and I enjoyed myself as well. Hugs !

We first encounter lady Merlin at a Renaissance Fair in Ferndale Washington. She gave us a quick and inexpensive reading yet it was so completely accurate it blew us away. She used a deck of regular playing cards as tarot cards and we were shocked with how accurate that was as well. We booked her and saw her privately at a cute little diner in Marysville Washington. She is very knowledgeable about nutrition and your body's needs. She also predicted where we would be buying a house which so far is also very accurate. The one thing is I wish that she had used the cards again this time or the palm reading because I had my teenage daughter with me and she really enjoys those things and finds them magical :-) maybe next time! Lady Merlin is a sweet wise warm and intuitive woman and I recommend her for your esoteric needs.

Thank you so much for the review! I'm glad you had fun & next time definitely the playing cards & palmistry.
Hugs & Blessings

Great time had by all

Leann was a pro, and everyone enjoyed themselves immensely.

Leann was wonderful, punctual, friendly and professional. She provided a variety of readings for numerous guests at mt birthday party. Would hire again, no doubt!

We hired Leean for my mom's birthday party, and she was a hit! Very polite, and easy to work with. Our guests had a blast, and she made our party special.

Thank you for the testimony and for using my services . I'm glad your guests had fun.

Insurance: $1,000,000 - general entertainment liability can be provided for additional fee

I come either in gypsy outfit , dressed in office like attire or evening cocktail dress. I usually like to arrive at least 30 minutes before slotted time , to allow for set up. My set up can consist of my own table & chairs , props for the table , signage , lights & can be custom designed to go with event decorations.

There are a variety of different types of readings I offer . My specialty is Palmistry , but I can also do Tarot & playing cards , Numerology based on birthday or Dice.

Each of my readings , comes with a small gift . This may contain a crystal chips packet , a fortune telling fish or bubbles.

If there is a budget , I will try & do my best to work with it. I try to be as accommodating that is possible. My end goal is to make sure the guests enjoy themselves & the host is pleased.

Born in South Korea, Leean inherited her natural intuitive abilities & talents from her Native American Cherokee Indian great-grandmother and namesake, LeeAnn Thomason. From an early age (around 6 years old) she has always had a strong intuitive sense and ability being able to see & feel things.

Leean answered her early calling as a teacher in 1986, becoming employed as an Early Childhood Specialist, along with ongoing workshops & classes & has an equivalent of a C.D.A. (Child Development Associate Degree). She embarked upon her career as a professional entertainer in 1990 upon her graduation from the C.C. Clowning Academy in Tacoma, Wa. and has been clowning off and on since 1990. Leean also ran her own Facepainting business during the 1990s. While employed as a clown (Twinkle Toes), she also instructed Jr. Clown classes for both Metro Parks of Tacoma and Tacoma Community School Programs 1992-93.

Advancing her skills in metaphysics, Leean joined the Sacred Oak Circle course on soothsaying in Puyallap, WA in 2003. Continuing to pursue her formal metaphysical studies, she completed a course on Metaphysics & Pagan Traditions with Trinity Broom Riders Study Group in Auburn, WA in 2005.

Leean was twice endorsed as a Certified Ordained Minister under the auspices of both the Universal Life Church in 1994 and S.H.E.S (Seattle Healers Earth Stewardship) in 2005. In 1996, Leean became a Certified Level 2 Practitioner of Reiki through M. Raudsep after mastering aura & chakra energies.

Leean Lester became known as “The Palmistry Lady” in 1997, while doing the Washington Renaissance Fair in Gig Harbor, Wa. Accepted as an accurate & highly-gifted psychic reader, she has performed readings for thousands of appreciative and satisfied clients as well as other psychics at innumerable showcases, fairs, festivals, and private events throughout the NW area.

Leean has appeared numerous times as a special guest on the Psychic Spectrum Radio Talk Show, the Walks With Thunder Blogtalk Radio Show, and the Magickal Wishing Well Talk Show broadcast live on Radio Station KLAY. In 2008-2009, Leean served as both Manager and Board Member for Enchanted Pathways Psychic Co-op. Leean also authored a monthly column entitled, “Soothsayers Corner” for Tarot Reflections Web-zine. For the last several years, she has been authoring a self-help book entitled, “Relationship Guidelines ”.

@ I can supply my own table & chairs
@ table lighting - battery operated or plug in type
@ props / decorations for my table - can include glass skull, lighted color changing candle, etc
@ promo signage - pics available
@ can provide sign up sheet
@ require an area big enough for a card size table & few chairs & place to set up signage
@ if possible access to easy parking or handicapped as I use a cane to walk with
@ set up in an area with minimal background noise

My grandmother is probably was the biggest influence. She taught me to accept my gifts & abilities as I was growing up. That they were a part of who I am & not to be afraid of them. Also growing up in a mixed household - mother korean & father american , that being flexible is important & can go along way. My father taught me the importance of how to improvise with what you have , as in the military ( army) this sometimes can happen.

place to set up promo signage & sign up sheet