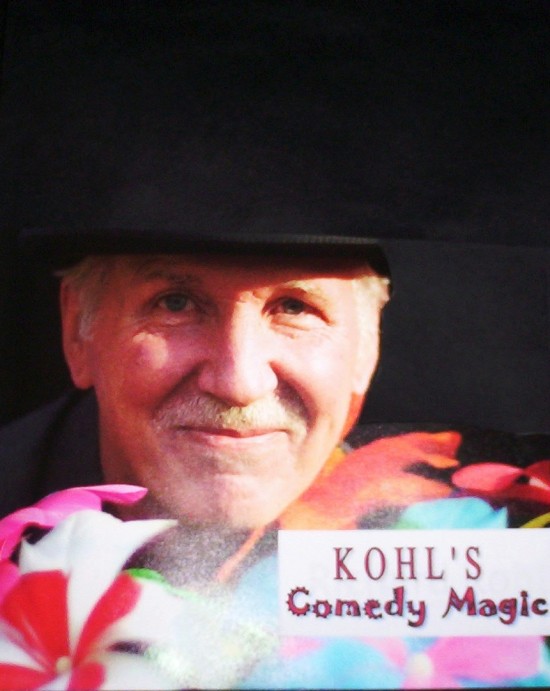 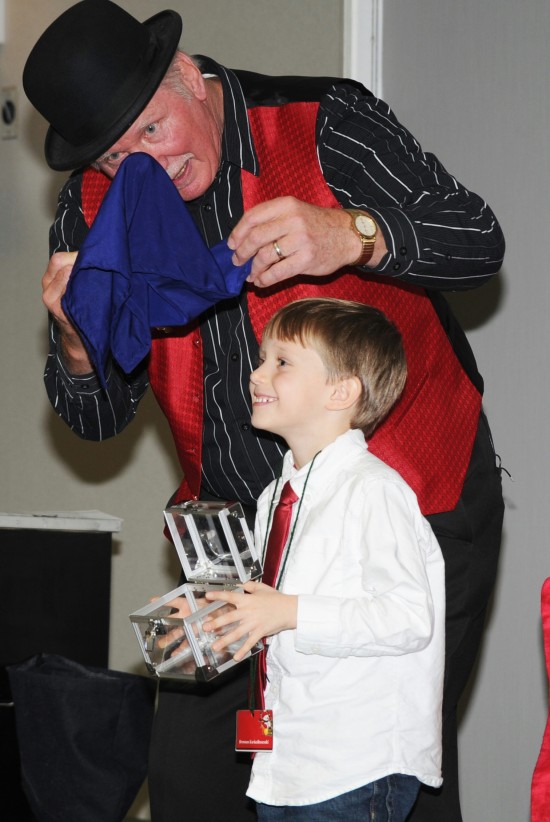 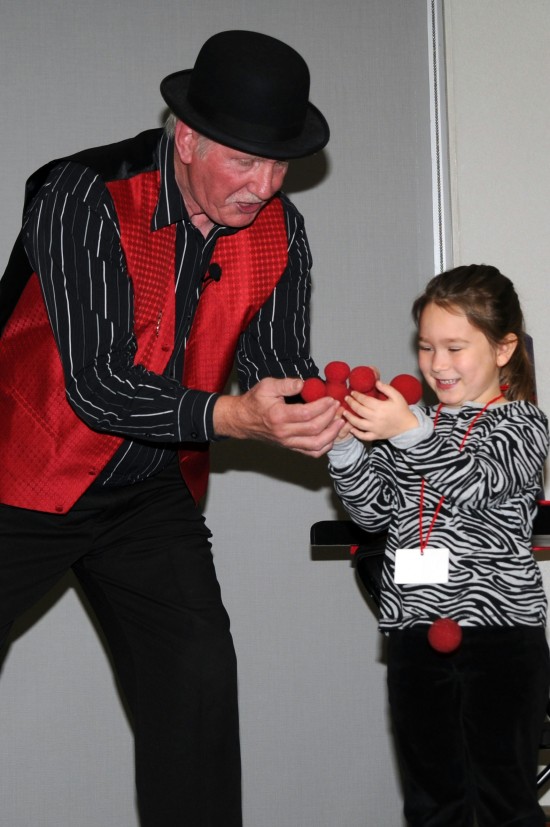 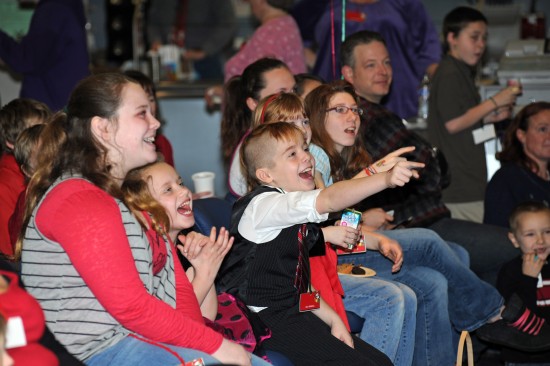 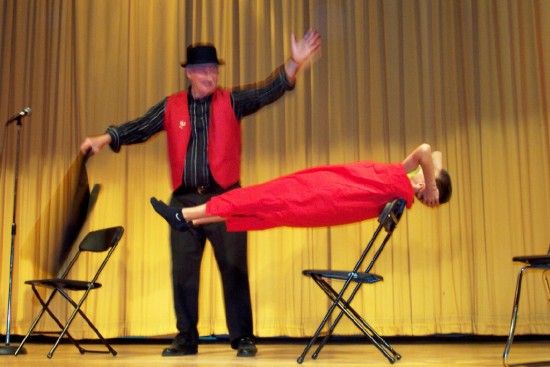 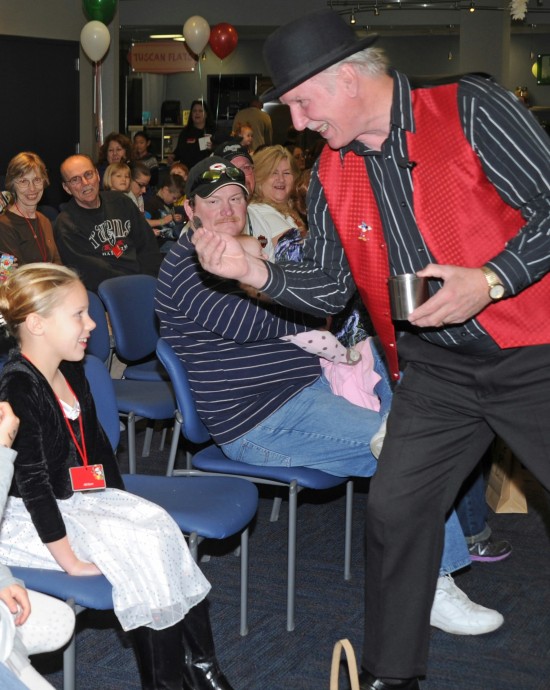 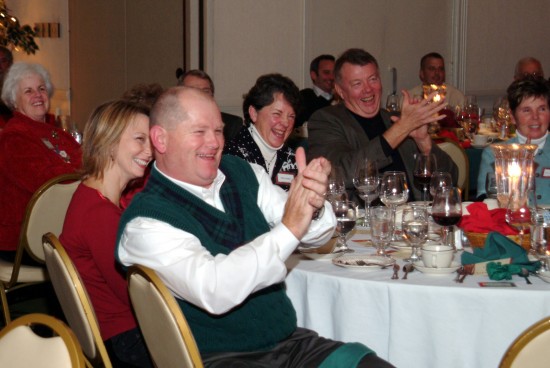 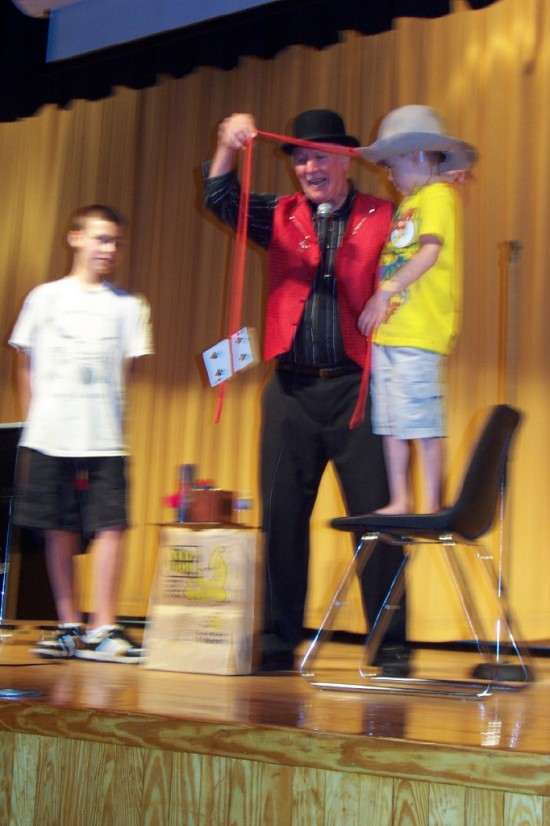 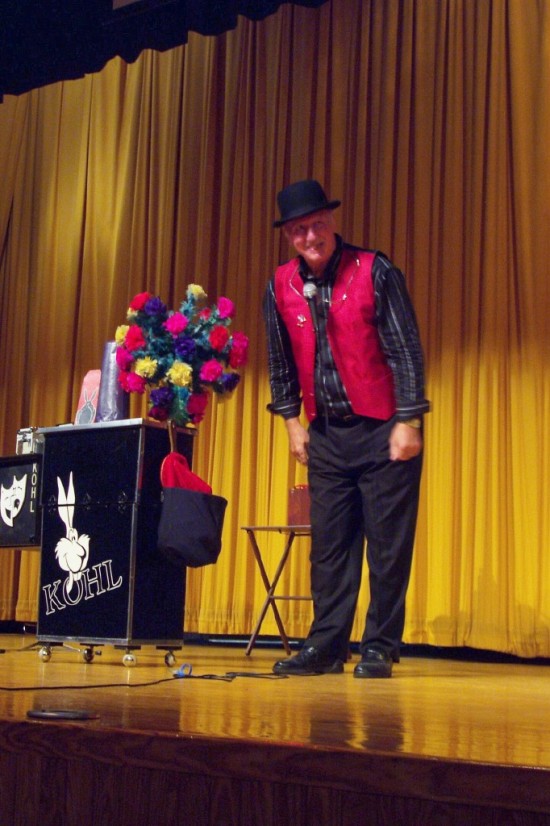 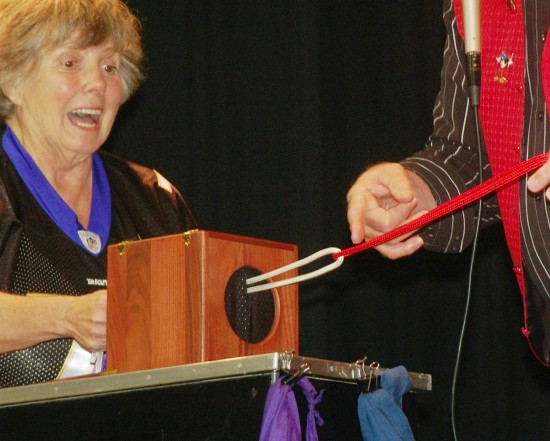 CHILDREN'S and ADULT Parties with the emphasis on LAUGHTER & AMAZEMENT!
I have several prices for my shows to help with your budget:

Thank you for considering KOHL COMEDY MAGIC for your event!!

We had a great time with Kohl’s Comedy Magic. His magic tricks impressed all of our guests, big and small, and he was so much fun. He went above and beyond with his show, and we can’t thank him enough. Our 8 year old doesn’t stop asking when Mr. Kohl will come again! We highly recommend him.

Thank you so very much for having me perform my comedy magic show for your son on this very special occasion in his life. Your family is very special and I wish you the very best always. KOHL

Where can I begin? Kohl's Magic Show is absolutely wonderful! My daughters birthday party had kids of all ages attending. Anywhere from ages 1 - 13 years old, but he had no issues getting everyones attention, including all the parents. His magic is amazing, he has all kinds of tricks up his sleeve. He allowed the kids to join him and participate with his magic tricks. He made my daughter the star of the party. He is a comedian for sure. His tricks not only amazed everyone, but above all that he had everyone laughing throughout the whole show. He had everyone sitting on the edge of their seats with amazement and excitement. He is very professional, kind, respectful, and very punctual with time. We were beyond happy with his service. Thank you so much Kohl we all had a blast, the kids and parents loved you. We look forward to hiring you for any future parties we have. Thank you again.

Dear Ana, that was one of the most wonderful reviews I have ever received.... thank you so very much. It was such a pleasure performing for you and your girls and their friends. I am so glad that they had as much fun as I did. This is the kind of thing that keeps me young, even at 78. Thank you again for such thoughtfulness.
Kohl Comedy Magic

Kohl's Magic entertained a pack of twenty-five 4 to 8 year olds at our son's birthday party (as well as many parents) and he had the crowd enraptured! Dick is the perfect mixture of magic and comedy and is brilliantly in tune with his audience. The kids had an utterly fantastic time, laughing, oohing and awwing. They were mystified and simply overjoyed. Many guests asked him for his information. given his talent and acumen as a performer, he would doubtlessly be wonderful with a group of any age. Dick is also an exceptionally kind man. Our son just adored him and I loved chatting with him about his adventures opening for the likes of Jerry Lewis and the Smothers Brothers. I could not more highly recommend this show.

This show was indeed a true pleasure for me. Performing for 4 year old's is indeed a challenge, but I do like challenges, but with Camilo and his family it was pure joy. These children made it easy for me to have a blast with my magic. Camilo may love me as a magician, but I love him as a true child of God who will one day bring wonderful things to this great country of ours. Please bring me more families like this to entertain with my magic, it is keeping me truly young at 78 ("Seventy eight, and feelin' great").

Thank you so much for this wonderful review, I truly appreciate it. And Camilo, stay as charming and sweet as your are. I have no doubt that you won't need a magic wand to perform your magic... your smile does the trick.

Kohl managed to wow even the know-it-all "magician" boys at the party and kept their attention...which was magic in and of itself!

Thanks for your wonderful post Christa. 12 year olds are a hoot, they sure kept me on my toes. Loved performing for them and am glad I gave their lives some fun and amazement no better gift than that.

Kohl's Comedy Magic was an absolute hit at my mothers surprise party. He fascinated and awed our small, adult only crowd with his illusions, humor, and wit. Everyone absolutely loved him. He is professional, friendly, and personable and I would definitely recommend him to anyone looking to add a little fun and spice to their event.

Thank you so much for this wonderful review Sarah. It was truly my pleasure to perform my comedy magic show for you, your mom, and all her family and friends. I do love doing my children's parties, but there is really something special when doing a show for adults, especially a group like yours who really got into it with their laughter and fun loving spirit. Best wishes always.
Kohl Comedy Magic

I would recomennd him he was wonderful all the kids had a great time and so did I!! He was very funny had me laughing from the time the show started till the end we all enjoyed the show.

My 7 yr olds and there friends could not stop laughing. Adults and kids alike were intrigued by this performance! Thanks again Mr. Kohl!!!!

Thanks Ziscah for this wonderful review of my show. It was such a treat to perform for your family and friends. My shows are for the entire family with lots of participation. As I mentioned, I also do shows for adults not risque at all, but more adult involved... I can also do walk around magic for family functions, parties and banquets. Thank you again for having me perform for this special occasion in your child's life.

Wonderful performance for our CCRC in the Health Center. Event was a part of LeadingAge's 4th Annual Homecoming Week to honor our seniors during Older Americans Month. What better way then to kick off with Kohl's Comedy Magic?! His performance was unique, interactive, motivational, adaptable and friendly for our residents, family and caregivers. We would highly recommend his work.

We booked the Comedy Magic of Kohl for a book fair at our elementary school. The kids were amazed with the show; laughing their heads off for 45 minutes. Even the adults were thoroughly entertained. The PTA members were thrilled with the value of the performance finding it great value for the cost. This is a show definitely worth booking again and again!

Thanks so much for the kind response. I do try to give the best fun loving, professional show at all times. My fee is very competitive with other comedy magic acts of equal quality. My shows are for all ages as is viewed by the clients comments. Thanks again!

Everyone really enjoyed the show. It was awsome for the children but the adults too. I would definetly hire khol magic again!

Thank you so much for the very kind remarks! The children were just great and it was wonderful seeing the adults having as much fun as the kids. My show is for everyone, it's not a Kid show, it's a show for kids (from ages 4 to 94). I try to have material that will keep everyone laughing and having the time of their lives.

As a child I did not have a birthday party without Kohl. They were always filled with fun and laughter by all of the children. Even as an adult I love to watch him perform. He has a show for all ages. Thank you for the childhood memories!!

Kohl & Company was the closing act, & let me tell you, I watched approx. 15 acts prior to Kohl & I thought that there was no way that he would be better than the acts that I just witnessed. Well, he and his group shut the convention down and were the only act to get a standing ovation. From start to finish it is non-stop laughter and antics that will bring you to tears.

I have known the "Amazing Kohl" for many years. During these years, I have booked many, many parties for my company's Christmas party for the children (300+ children). It's fantastic to hear the laughter and squeals of the children when Kohl is on the stage. He taylors his performance for the appropriate age group. He has also done magic for the adults in our company. I was once cut in half! The adults had every bit as much fun with Kohl as the children. You will not be disappointed when the "Amazing Kohl" comes to your party.

Review by Elmer B.

Kohl's Comedy Magic was such a treat for all the kids on such a very short notice. I can't thank you enough for the smiles you put on my daughter's face and her friends. We will definitely recommend you to anyone whom we know is looking for good family fun entertainment.

She was especially impressed when the live dove appeared in her hands.

Being comedy magic, an audience will experience laughter and surprise. Whether the show is for Children and their Parents or for an All Adult Banquet or in home party.... Kohl can provide the entertainment. The show is filled with audience participation that will delight adults and children alike. Whether it is my single person act that can be performed in a home or banquet hall for a handfull of people or several hundred, or my large 3 person act that is intended more for larger company and corporate banquets, you can expect laughter from beginning to end..... guaranteed!

I started in magic when I was 7 years old after seeing my uncle perform on my front lawn in Baltimore. Continued performing through my time in the military at Ft. Bragg into the present.

I developed a One of a Kind Comedy Magic Act that has performed throughout the world.... working with such stars as Jerry Lewis, The Smother's Brothers, Randy Travis, Jeff Foxworthy, Rich Little and Mickey Rooney. Travels took our 3 person Family Comedy Act to Germany, Italy, Guam, Japan, England, Canada, and Monte Carlo where we performed before Prince Rainer

My individual shows range from Children's Birthday Parties to All Adult Shows where the primary objective is Laughter.

So whether it's a Large Scale Stage Show or an in the home party.... Kohl Comedy Magic or Kohl and Company can give you Laugh Filled Magical Entertainment at its best.

My act can be performed in a living room or large banquet hall. I vary my shows according to the age group and number of people and setting. I have sound equipment if needed, but for most part nothing special is required of the client. If I am asked to do the Levitation Illusion, the child must be under 75 pounds, other than that just sit back and enjoy the show. If performing on a platform stage, the area should be at least 10 feet by 12 feet for the safety of myself and those I bring on stage to assist me.

My past favorite entertainers have been Laurel & Hardy, Steve Martin, and so many more. Unfortunately my heros in the entertainment world lived and performed at a time when there was so much wonderful 'live' variety entertainment. Names like Sid Caesar, Buster Keaton, Tommy Cooper from England, the days of live Vaudeville - so sad today's youth have missed this, it was wonderful.