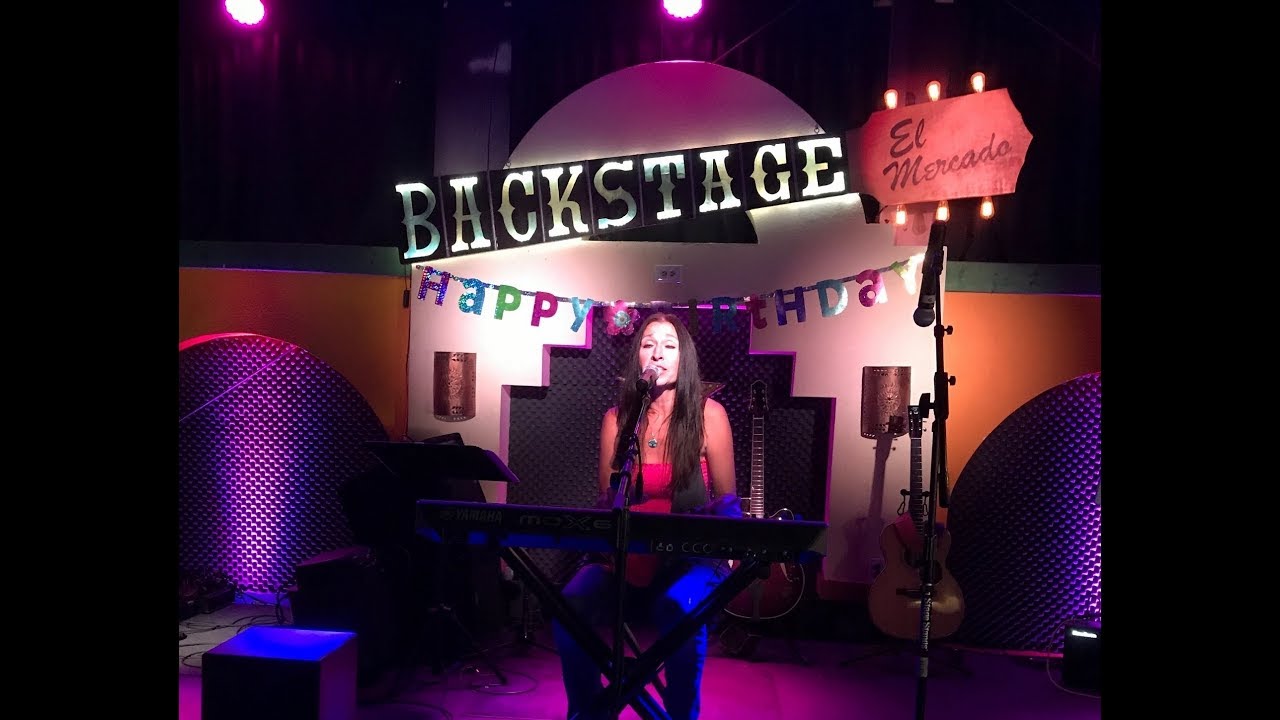 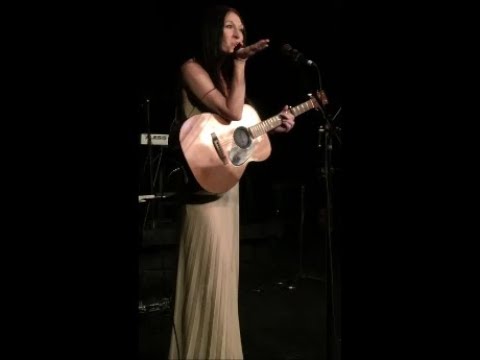 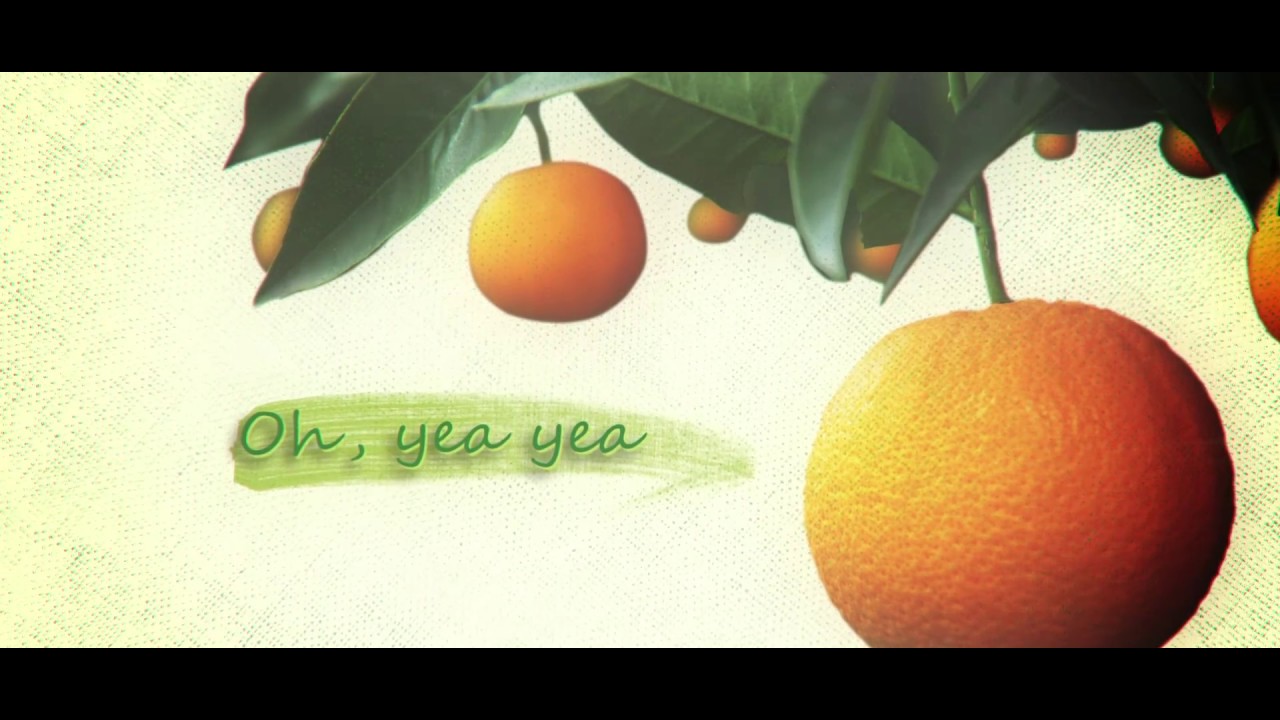 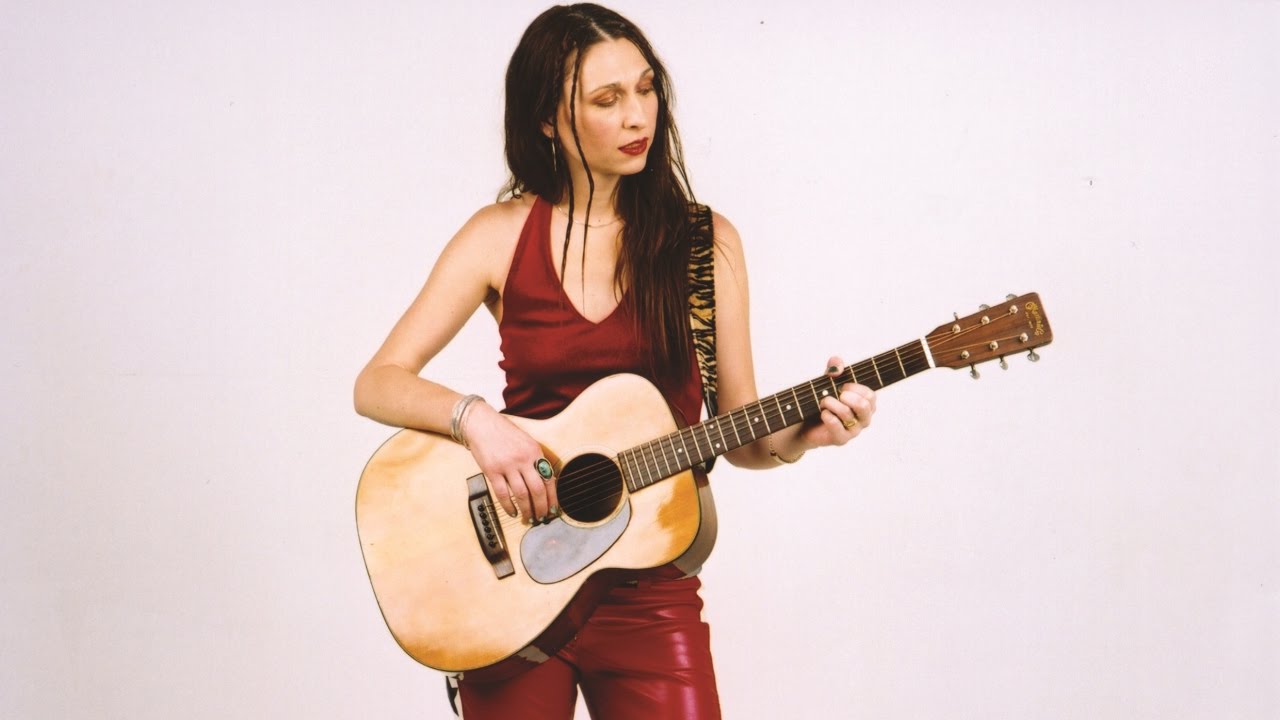 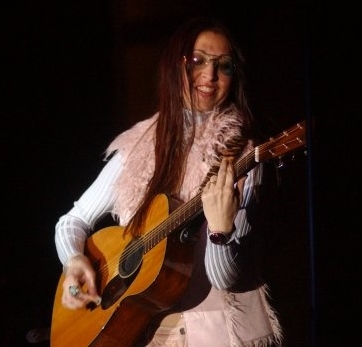 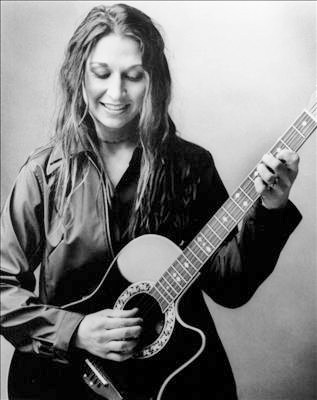 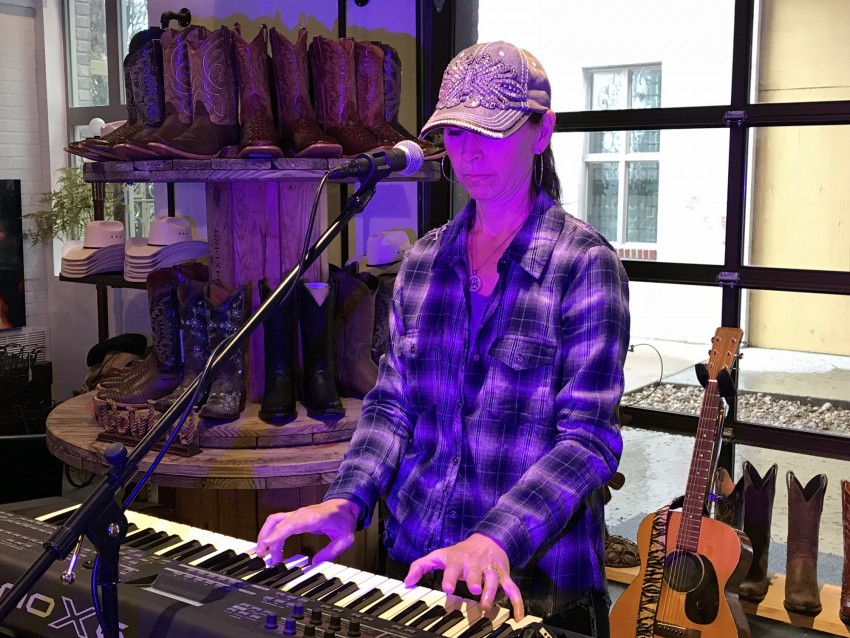 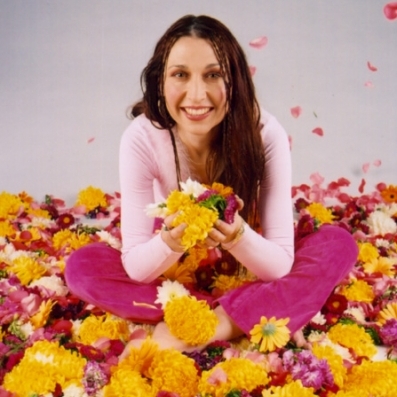 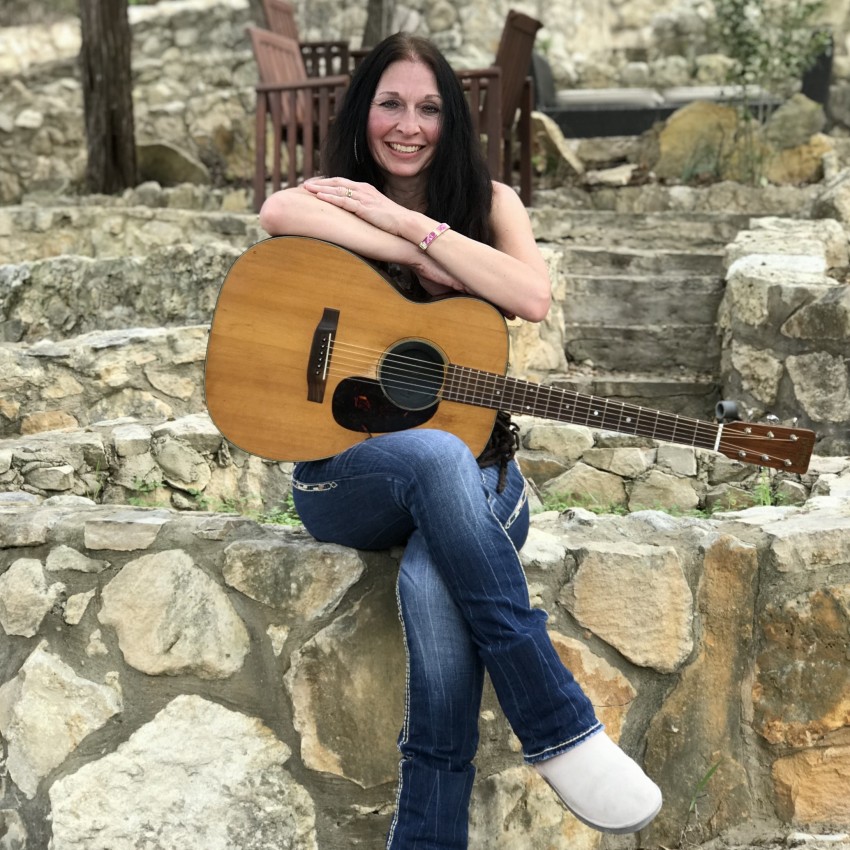 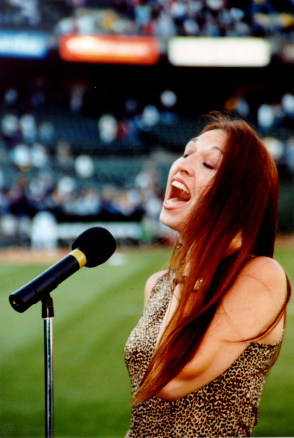 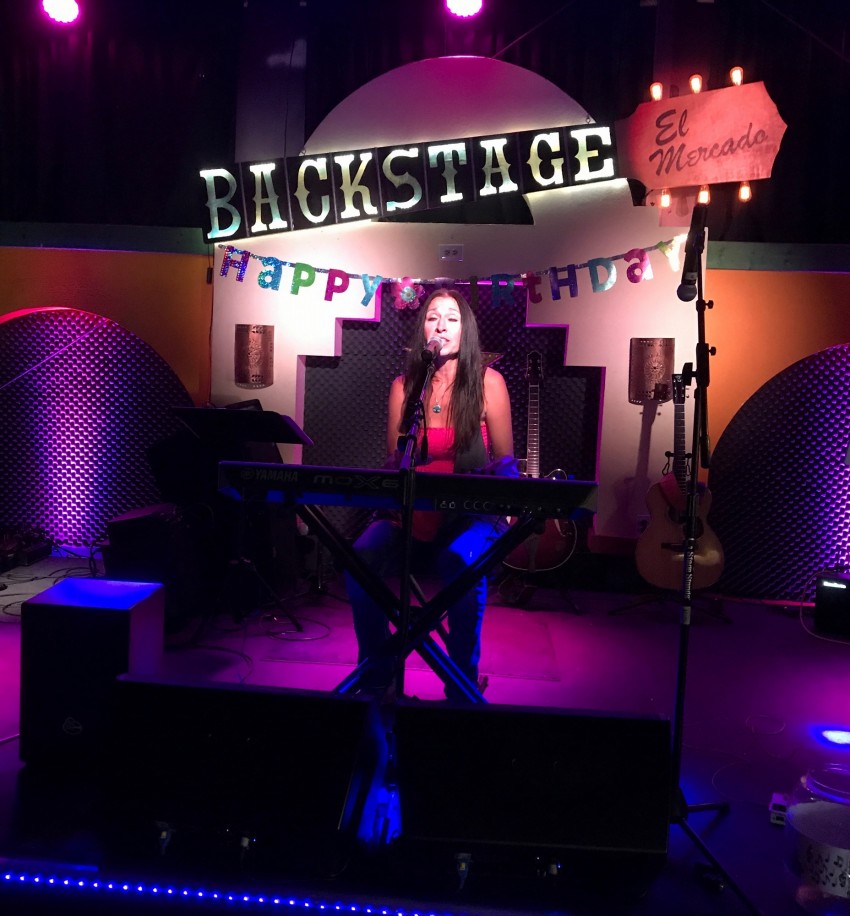 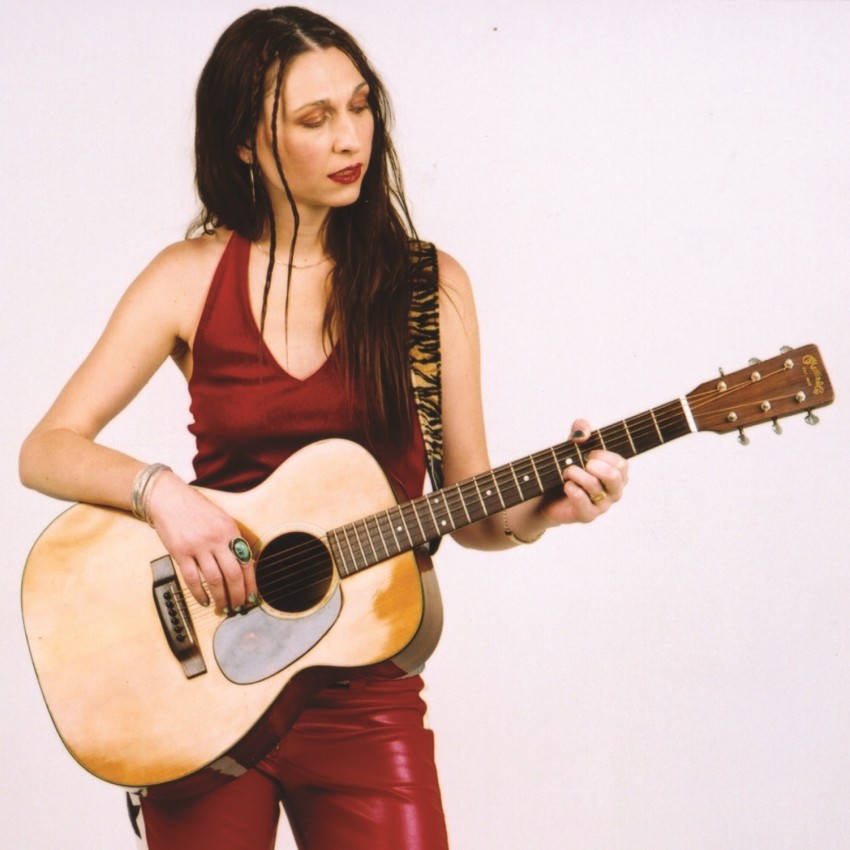 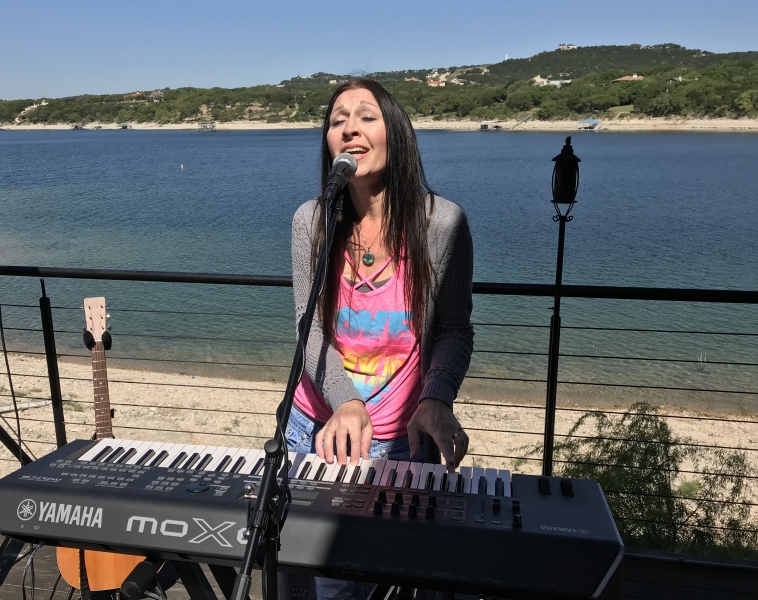 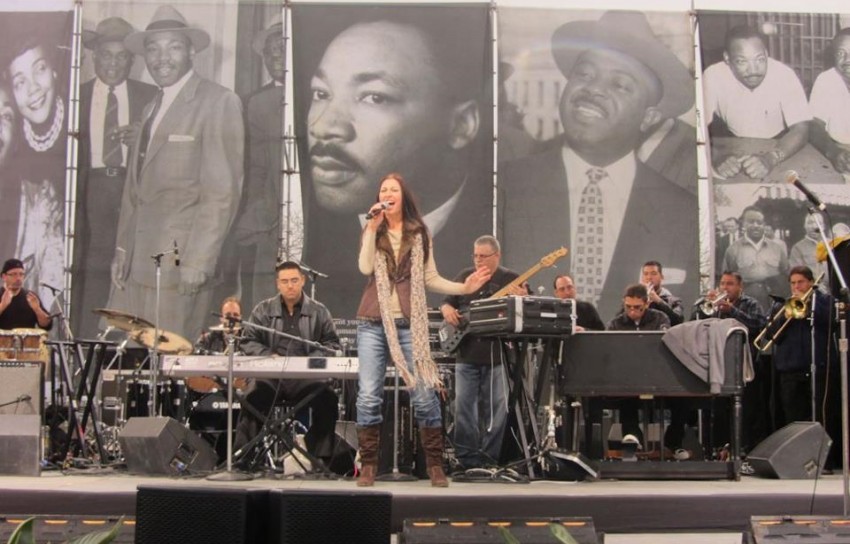 “Kimberlee at the mic sounds more like a blues mama's godchild sanctified in the Church of the Holy Groove.” - Pasadena Weekly, CA

“Kimberlee's top-rated voice can work its way around listeners and draw them in... She sings like a woman recently given freedom.” - The Beaverton Valley Times, OR

Singer/Songwriter & Recording Artist, Kimberlee M. Leber, performs Soulful Bluesy Folk-Jazz with an inspiring Gospel message. She has been blessed to have shared the stage with Michael McDonald, Luther Tucker, Keith Urban, Martha Munizzi, and many other great artists.

Kimberlee performed for my birthday party at The Backstage in Austin Texas. Such beautiful and inspiring music 🎶 Her vocals are straight from heaven. She is an absolute professional! My guests were so impressed. I would definitely love to hear her again.

Kimberlee M. Leber performed at my wedding, providing my wife and I with her vocal and guitar talents. She performed by playing several great songs and completed our night with singing our first dance song, "God Blessed the Broken Road", making it more than memorable now. When I think of our song, it is her voice I hear. When speaking with her about our music selections, she provided us with some feedback that enhanced our experience to become something that we enjoyed more fully. Her professionalism and kindness are unlike any other musician I have dealt with in the past. Her ability to provide the musical entertainment for our evening was, I am sure, a minuscule reflection of her true talent as a great musician. I would recommend her for any event and consider her in the future for any venue that I may hold a function. If anything, this review is not giving enough credit to how amazing Kimberlee M. Leber is.

Singer/Songwriter, Kimberlee M. Leber, gratefully shares with you her fifth solo album, "Like a Tree", showcasing her most recent written music to date after a long heartfelt year of helping take care of her beloved stepdad before his passing. Dedicated to him, the album truly presents an honest delivery of deep wisdom enveloped in flavorful melodies, soulful vocals, and inviting sounds that promise to feed your spirit.

Kimberlee is credited with production, arrangement, and engineering, while also performing all vocals and instrumentation on her new release, "Like a Tree". Offering musical medicine for the soul, it provides a timeless musical soundscape with a message for all. As entertaining as it is spiritually healing, the listener will be drawn into the enlightening words and soothing, yet soaring vocal expressions of Kimberlee. Her acoustic driven guitar serves as a familiar presence on the album, along with her Telecaster, adding a bluesy dimensional tone on many of the tracks. However, seven of the ten songs were written on the Fender Rhodes keyboard or the Wurlitzer, bringing about a new creative process for Kimberlee as a songwriter since she has formerly been known to write with her guitar.

“This album is a very special one, pulled down from Heaven
with my spirit”, confesses Kimberlee. “I spent a lot of solitary time
with God to receive these songs from Him, praying constantly
and asking Him what He wanted me to share with people”.

The album is appropriately highlighted with a Gospel-infused aura from the Hammond B-3 organ, providing a perfect backdrop for the Biblically inspired words. And favored percussive sounds, such as the Brazilian cuica, among others, are uniquely placed in her production, reminiscent of Kimberlee's musical time spent with the Latin group, Breath Spirit & Life. Overall, Kimberlee's appreciation for R&B has resurfaced once again, reminding the listener of the musically diverse background she has traveled throughout her career.

"Like a Tree", definitely finds Kimberlee in a place of spiritual maturity, sharing revelation knowledge that she believes God has called her to spread in order to help create the atmosphere of Heaven on Earth. The Biblical principles she has learned have given birth to this new music, making it a wonderful spiritual resource with the power to change and restore lives, relationships, and more.

If one were to rewind back to Kimberlee's musical beginnings, however, its origin would be traced to shortly after she was born. Her mother was known for comforting the child with the sounds of her singing voice. And almost nightly, Kimberlee learned the language of music during those precious moments. For many years, this routinely occurred at bedtime, undoubtedly shaping Kimberlee more than her mother realized.

As a result, Kimberlee understood that music was a unique language. She witnessed its ability to aid the troubled heart. By the time she was eight, Kimberlee knew she was going to become a singer when she grew up. Reflecting on her youth, Kimberlee recalls telling her Mom this deep knowingness about her future. Through music, she believed that one day she would be able to help thousands upon thousands of suffering people in the world.

Taking her vision seriously, at age twelve, Kimberlee began guitar lessons to accompany her burgeoning voice as a singer. Her mother’s persistent support, coupled with her stepfather's financial generosity, brought about the opportunity to be mentored under the wing of Phil St. Pierre (he had worked in Los Angeles with the legendary Louis Armstrong). As Kimberlee grew more confident with her instrument, the pre-teen began performing for family and friends. For nearly three years, she trained with St. Pierre, learning basic music theory and dozens of songs. Over time, she developed a solid repertoire and started entertaining large audiences with him.

When Kimberlee was fifteen, she was accepted into Judy Davis’ highly acclaimed vocal studio in California. She studied under the world renowned Vocal Coach, who had trained industry acts, Judy Garland, Frank Sinatra, Barbra Streisand, Grace Slick and Mickey Thomas of Jefferson Starship, The Grateful Dead, Steve Perry of Journey, Eddie Money, En Vogue, and a host of others.

People Magazine wrote of Davis, "A blunt, feisty singing coach with a waiting list of 600 protégés, she boasts of former clients that reads like a pop Hall of Fame…Streisand says that when she sought out Judy, “I was like a paralyzed person, having to relearn to walk”…“I’m a vocal plumber,” Davis says. “I fix the pipes, that’s all.”

Davis typically didn’t accept students unless they were at least eighteen years of age. Nevertheless, she made an exception with Kimberlee because her voice was especially mature. Kimberlee would find herself with Davis for nearly nine years, building one of the strongest vocal foundations possible to help launch her music career as an adult.

Embracing multiple genres of music from Country, Rock, Folk, Blues, Gospel, Jazz, and R&B, Kimberlee intuitively combined the musical styles over time, creating a sound of her own. Developing creatively in relation to her walk with God through Christ, she has pursued songwriting wholeheartedly, discovering it to be a powerful medium for communication.

Understanding that music is a universal expression that crosses cultures and ethnicities, able to soothe the pain we have caused one another, Kimberlee has come to believe her musical talent is a privilege held with great responsibility. "Words have value", she acknowledges, "they are more than sound – they are spirit. Therefore, words should be chosen wisely. And there are no greater words than the Biblical words of God". Kimberlee is committed to writing and recording songs that plant seeds for a better world, thereby helping to heal the human race.

With her debut EP, “Learning How to Love”, Kimberlee toured nationally and received favorable reviews. Catching the interest of former Capitol Records Recording Artist /Producer, Paul Laurence, she recorded her second album, “What am I gonna do?”. Venturing into a different direction in 2011, she plunged into the Latin market, collaborating with Breath Spirit & Life, singing in Spanish for the first time. In support of the album, "Flame-On", produced by 14-Time Grammy Award Winning Producer/Engineer, Gilbert Velasquez, the band toured consistently, performing and ministering in song, even for the largest Martin Luther King Jr. March in the U.S. with an attendance of 100,000 (filmed and archived at the White House). Returning to her solo career in 2013, Kimberlee released her first Christmas CD, "O Come All Ye Faithful", charting #15 for “Jesus' Birthday” . She also charted #1 on ReverbNation's National Holiday Charts. On her fourth solo album, “Pledge My Heart”, Kimberlee partnered with West Coast Songwriter's Award Winning Songwriter, Suzie Daines, for some of the material on the 2014 release. The musical team also penned, "America's Closed", with Keith Greeninger, winner of the prestigious Kerrville and Telluride songwriting competitions. Kimberlee charted #5 for, “Pledge My Heart”, on the CRC Chart (Christian Radio Chart) among other artists such as, Kathy Troccoli, Cheri Keaggy, John Schlitt of Petra, Crystal Lewis, Clay Crosse, and others. And now with, “Like a Tree”, Kimberlee M. Leber has charted on the RMR (Roots Music Report) Chart, keeping in good company with other Texas artists, such as Willie Nelson, Tamela Mann, the Old 97's, Miranda Lambert, Kirk Franklin, Rodney Crowell, Beyoncé, and more by being listed in the Top 50 Texas Artists Chart. Kimberlee's Gospel/R&B single, “Fight the Good Fight of Faith”, charted #42 internationally on the RMR Chart. The entire album, “Like a Tree”, also ranked #35 on the Top 50 Religious Album Chart played by reporting religious radio stations worldwide, tracked by the RMR. On Airplay Direct's Gospel/Christian Chart this last September, “Like a Tree”, ranked #3 internationally.

Kimberlee has experienced a diverse musical profession and ministry. Although these milestones have been intrinsically filling, Kimberlee finds her greatest fulfillment in knowing she is helping this hurting world with her God-given talents. As we have all heard since childhood, “a spoon full of sugar helps the medicine go down in the most delightful way.” And music inspired by the Word of God is just that – sweet medicine for the soul.