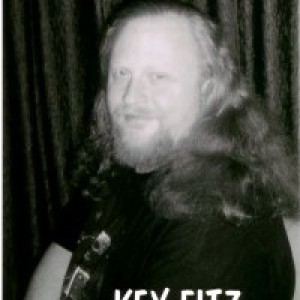 A high energy, stand out (up) comedian/ musician/ singer/ voice over actor/ actor. My stand up set always includes a musical number at the end.

I hired Key Fitz to perform at my Christmas party. Well let me just say I look foward to hiring him for further dates. Not only was hysterical but he was professional as well. We even made him stay for the party. Thanks for coming across you site, our party was a success.

KEY FITZ is a comedian with an uncanny sense of wit and charm with enough energy to light the eastern seaboard. While skipping and jumping through the droll life, KEY has found many observations; some completely off the wall, some down to earth, to be hysterical. His unusual sense of humor has left impressions on many brains across the US. Being in the entertainment field for many years as a musician, KEYs’ life lead him to the path of stand-up comedy. He is very comfortable with any stage, as if it were his own living room couch, yet he sits on the edge, ready to leap out at the audience with another quip. Some comments of his performances include:
1) Key Fitz. An assault on normality
2) The very strange but lovable mind of Key Fitz
His characters that he creates are life-like replicas. Abusing what is normal in life, he creates scenes that take the audience away from their reality, into his little world of abnormality. “I show them my point of view and take them on the path of a new wave.” From his life to observational humor, KEY FITZ always has a new twist. KEY FITZ also performs song parodies on stage that leave the crowd rolling-in-the-aisles.
KEY's credits include the Apollo Theater in NYC, Coconuts Comedy Club in St Petes Beach, Fl, Stand Up NY's "Music Is A Joke" Reality Show/Contest, The China Club in NYC, The Laugh Factory in NYC, New York Comedy Club in NYC, The Broadway Comedy Club in NYC, The Walter Reed Army Medical Hospital in Washington D.C. for returning wound troops from overseas, The Broadway House For Continuing Care in Newark, NJ, McGuires Comedy Club in Long Island, NY, and many, many more including private shows, charity events, and variety/vaudeville style shows.

Frank N. said “Everything about Moody was positive. The initial contact he made shortly after looking for a comedian thru GigSalad for our fundraiser was quick. He understood…”

Alex B. said “Allan was able to get a staff as diverse as ours all have a great time. He was funny and inclusive and all that we could've asked for.” 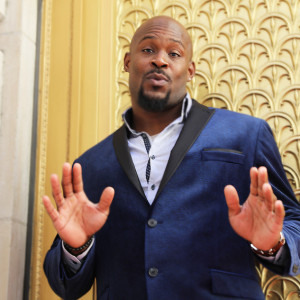 I perform hilariously honest stand up comedy. I talk about life with all of us in it. How perfectly imperfect we are in a hilarious way. I don't do kid friendly…