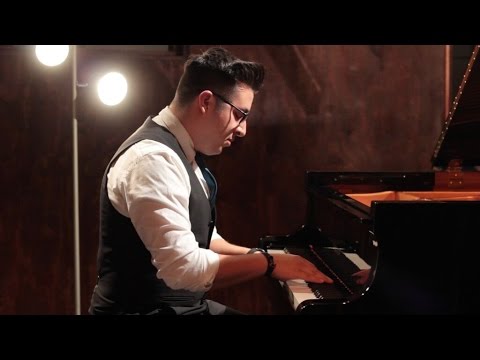 Somewhere Over the Rainbow - Solo Piano

Kevin Castro is an active pianist based out of Vancouver, BC who performs sophisticated contemporary music at corporate events and weddings. Castro adds his own jazz spin on the songs he performs during solo piano with repertoire spanning from Coldplay and Billy Joel to Miles Davis and Michael Buble. Kevin Castro also performs with a Duo, Trio and larger ensembles for larger events.

Kevin not only was an excellent piano player but he was very professional.

Kevin was amazing. His music selection was perfect for our party and he played beautifully. He is very talented, professional, and was a pleasure to have at our event.

Kevin was an excellent addition to our event. He was timely, played beautifully and was a joy to work with. If you are looking for a pianist for you event, look no further. Kevin is an excellent choice and we would hire him again in a heartbeat.

We had Kevin play for our corporate Christmas Party, and we couldn't have been happier with our choice. We have had many compliments with regards to Kevin- from a group that can be tough!
Kevin is a talented pianist who has a extensive repertoire of music, and was so accommodating with any adjustments or requests that we had. He is extremely pleasant to deal with , professional and genuine. From the booking, to his arrival, to playing, Kevin made it easy and seamless.
I would not have a second though to recommend and use Kevin again---if fact, I really hope we have the opportunity to have him come and play for us at another event.

We were first time customers of gigsalad; and used it to find Kevin to play for memorial service. Kevin played background jazz while people came in, then accompanied me in some hymns during the service. After the event, I had many people come to me to ask me if I'd sang with Kevin for years - a testament, I believe, to his musical sense, professionalism and can-do spirit fitting into the program. Thanks Kevin!

Kevin played beautifully for our three hour cocktail party. He took request from our guests and played a wide variety of music from jazz to modern day hits. He was very easy to work with and I will certainly hire him again. Thanks for making our party a Success Kevin!

Kevin is solid. I would book him again in a flash. He went way beyond the call of duty.

Kevin is one of the most talented piano players I have ever heard play, we had compliments all night long about the atmosphere of the room and how nicely it fit in the background. Kevin brought all of his own sound equipment and was a full on professional. He played whatever songs we asked him to from Ed Sheeran and Coldplay to Jazz standards. He also takes requests and played songs he had never heard after hearing them once. I will definitely hire Kevin again.

Kevin is a professional in every sense of the word. His awareness of the room is spot-on and he knows when and how to adhere to the atmosphere. Background or foreground, entertainer or ambiance, covers or originals, look no further than Kevin Castro.

Price Range: $200 and up (depending on event/hours playing)

Kevin Castro is a pianist based out of Vancouver, British Columbia who performs contemporary music. Castro adds his own jazz spin on the songs he performs during solo piano, ensuring it connects with musicality of the set and the audience. Kevin has most recently performed at the 2019 JUNO Awards and played at some of Vancouver's best venues such as Rogers Arena, The Roxy, Guilt & Co to name a few.

Kevin is originally from Chilliwack, BC but moved to Edmonton, AB to begin pursuing his music career. Kevin has completed his Bachelor of Music in Jazz and Contemporary Popular Music Program as a Piano Performance major at MacEwan University. As an enthusiastic and proficient performer, arranger and accompanist, Kevin is highly active in Canada’s vibrant and growing music scene.

His sound has the appeal of pop music colored by the influences of rock, soul, jazz, and blues. Castro truly loves to perform, he is an engaging musician who captivates his audience.

Kevin is an extremely versatile musician with the ability to play music spanning over many genres. His artistry has grown over the years from playing cover songs to developing his own unique style.

Kevin has opened for JUNO and Grammy Award-winning artist, Sarah Mclachlan as well as shared the stage with Trevor Guthrie, Virginia to Vegas, Alyssa Reid, Tyler Shaw, Swollen Members and many more.
Castro Performed over 35 shows at the 2010 Vancouver Winter Olympic Games including the Quarter Finals Canada vs Russia ice hockey game. He has performed at the PNE's 100 year Anniversary as well as a variety of venues in Western Canada