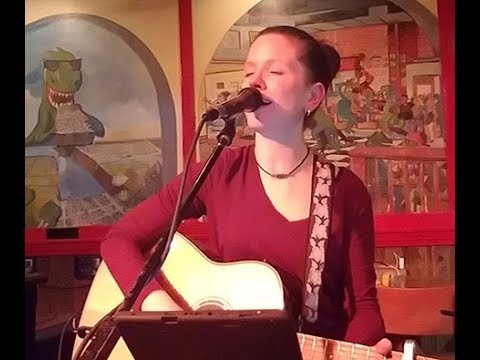 A Medley of Covers 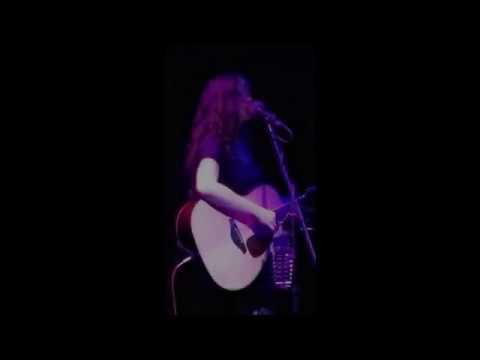 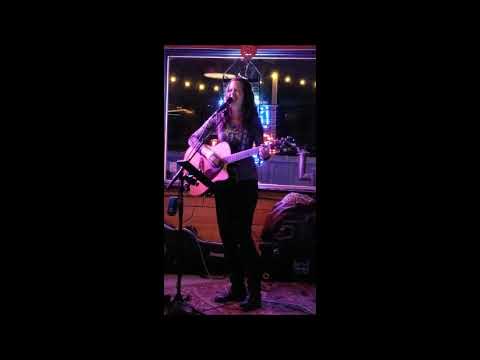 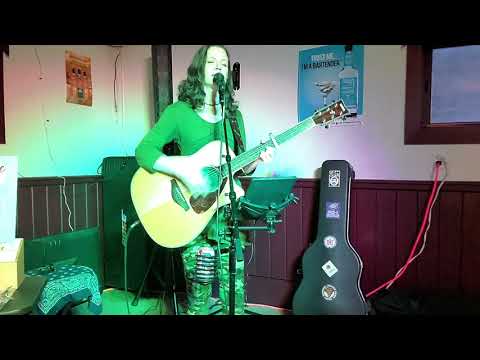 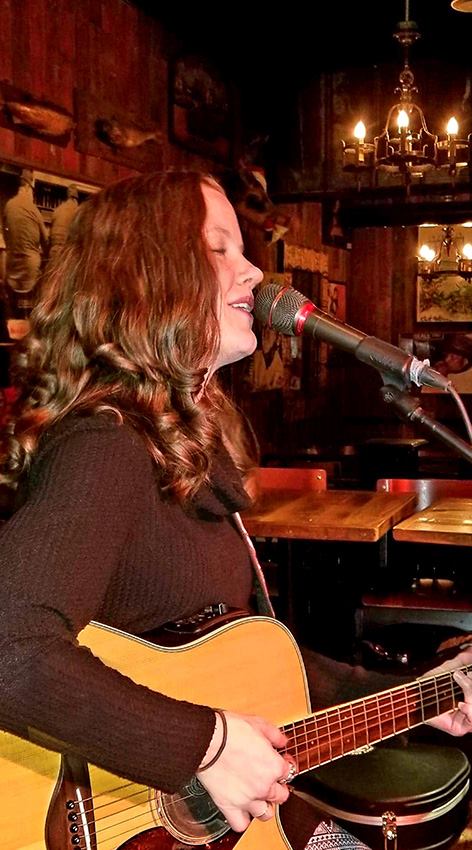 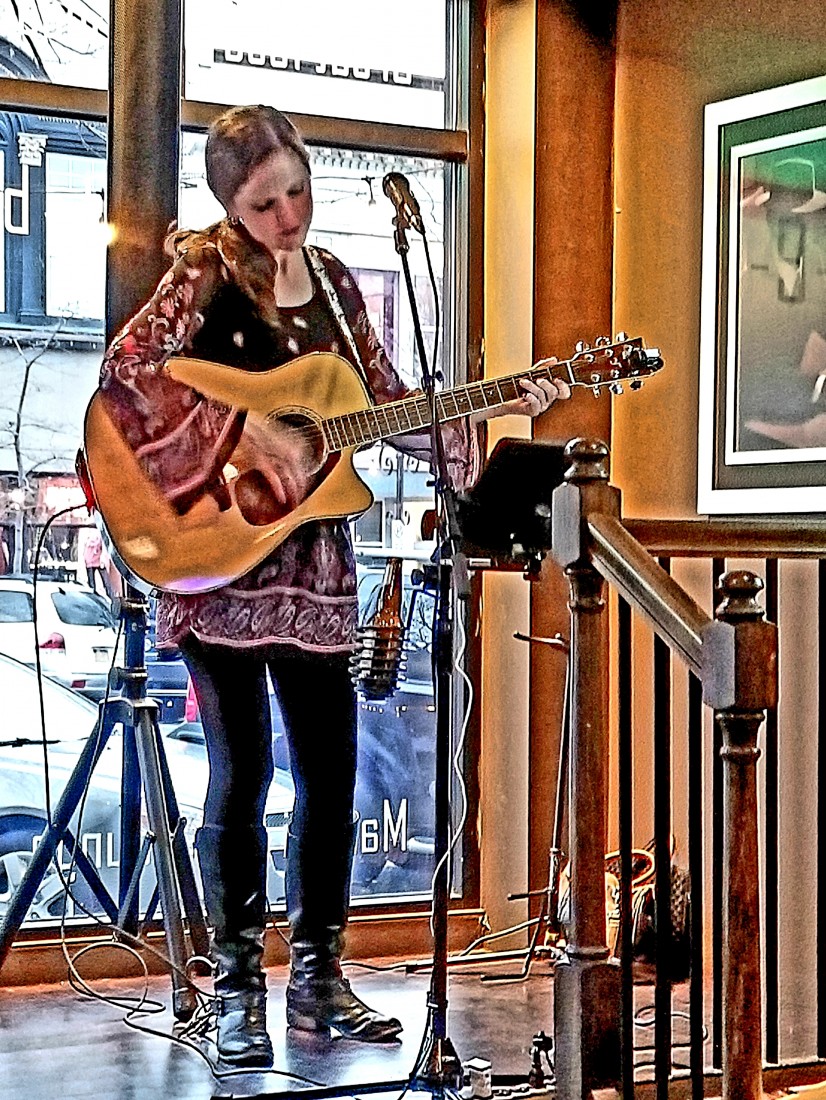 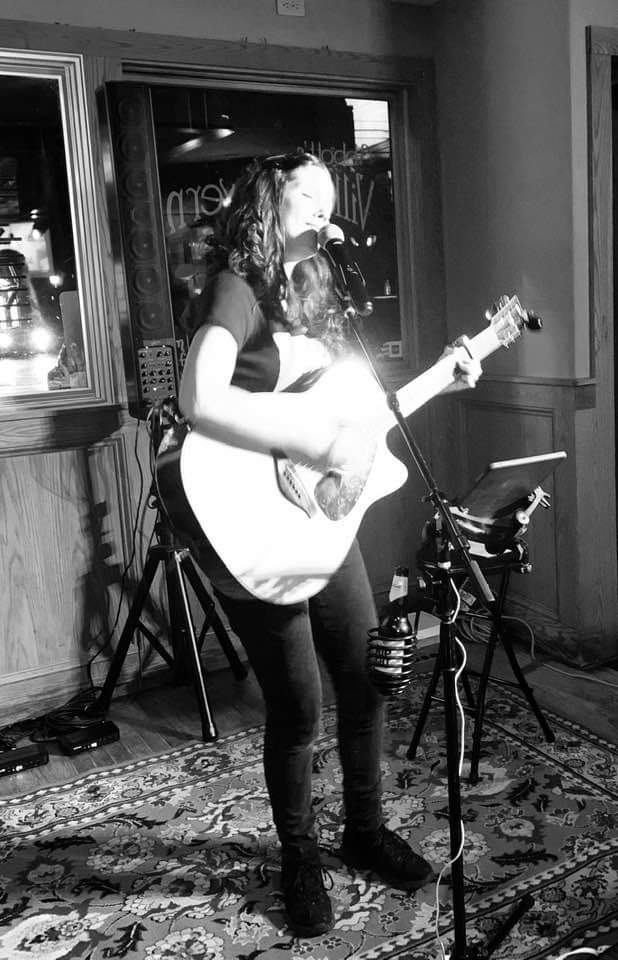 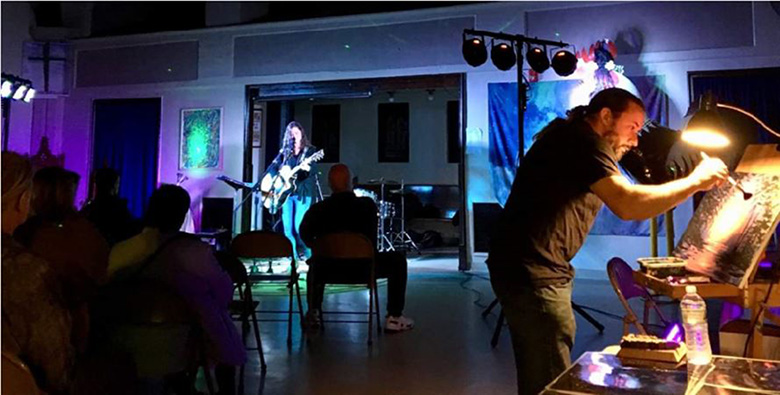 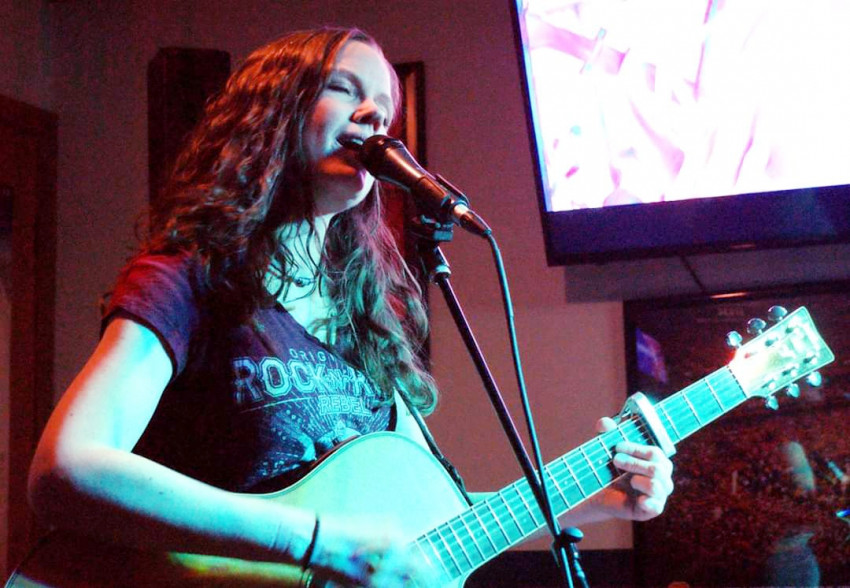 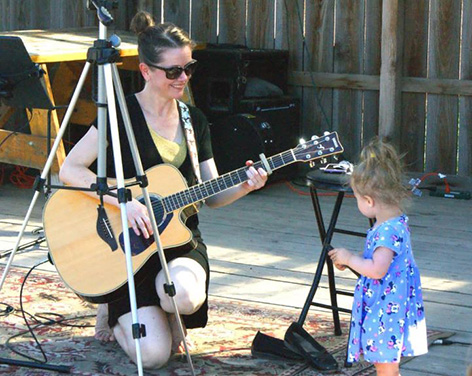 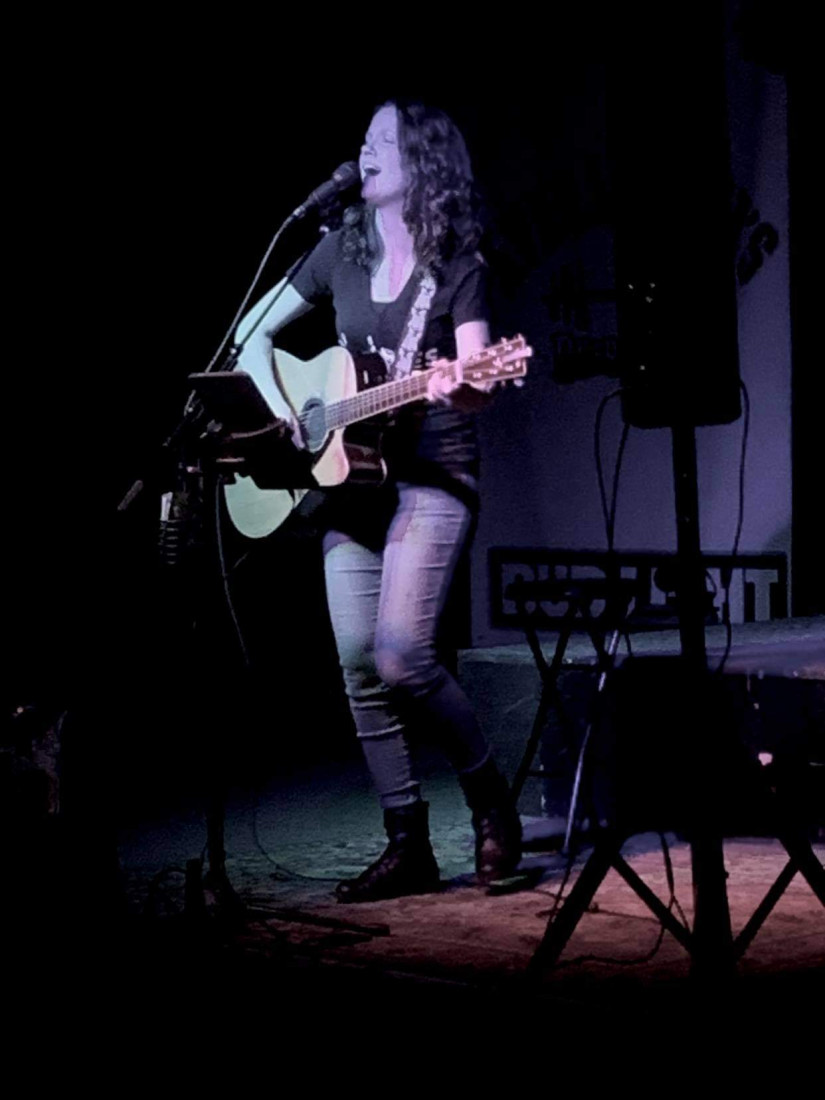 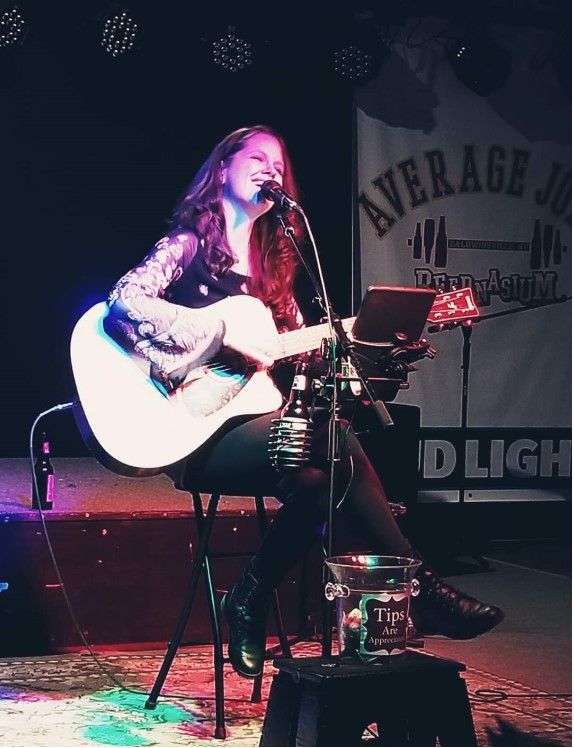 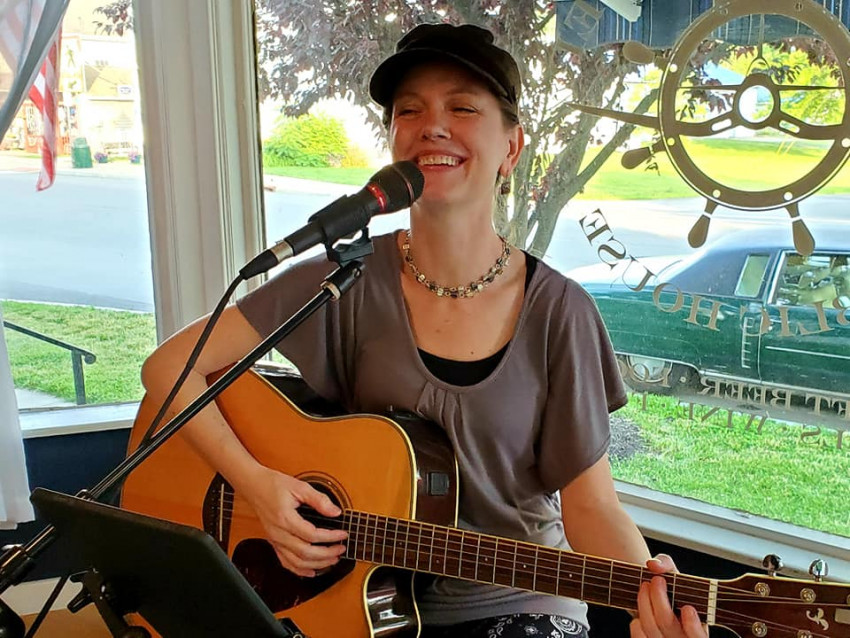 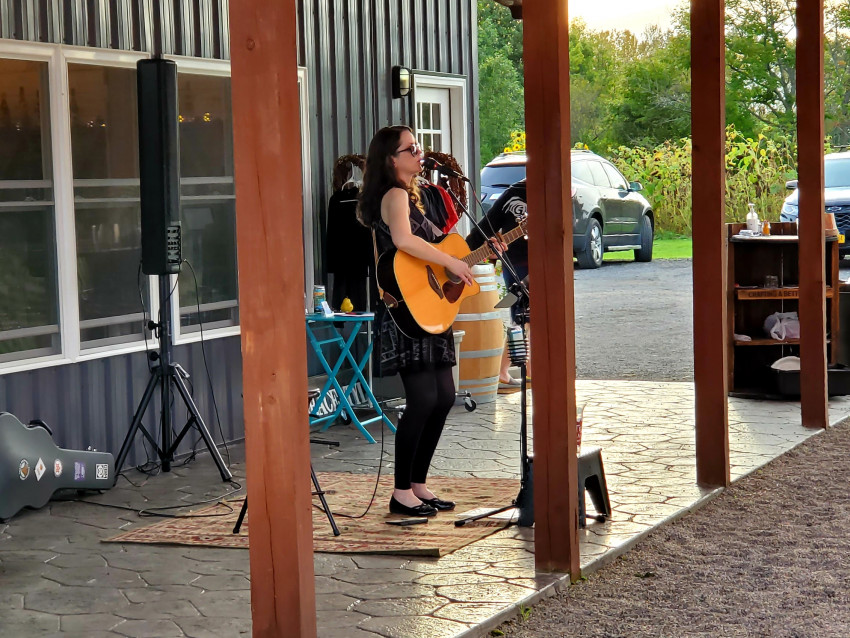 She has been performing professionally in the Central New York area for several years as a solo musician. In addition to regularly playing in bars, restaurants and wineries, she has played weddings, anniversaries, birthday parties and house concerts.

She takes pride in putting on a great show and a real need to entertain the audience at a high level. If you hire her for your special event, you will not be disappointed!

Having Kennadee play for our vow renewal ceremony was absolutely fantastic...she was very personable and accommodating with the music she played. Kennadee contacted us as soon as we found her on saladgig and was in touch with us many times asking about song lists and was happy to learn a new song or two if you wanted and she didnt know it. She played the whole time she was booked and she was fantastic. If your looking an acoustic solo person she is the person and I know you won't be disappointed.

Thank you so much!! It was such a beautiful ceremony (I have to admit, it made me tear up a little) and it was truly a pleasure to meet you and your family!! Here's to another 25 years!! :)

KennaDee was born in Alabama into a musical family. Her father’s side were all bluegrass and country-western musicians. “Music was always part of my early life” she recalls, “whether it was my mother singing to me (luckily she always did) or family picnics that turned into jamborees”.

She started singing at an early age and fell in love with it. Growing up and all throughout her school years, she was heavily involved in music. Her father was military and they moved around quite a bit, so at every school she attended she would seek out the music programs... if they had one.

After graduating from high school, KennaDee joined the Navy and worked in the medical field. To maintain her music “chops”, she did a brief stint in the Navy choir. “We sang mostly patriotic songs obviously, and occasionally we would do religious songs if they wanted us to perform in churches.... and, of course, the National Anthem”.

And then life happened.

Before she knew it she was married with children. “My focus then became my family”, she says. “I don’t regret it AT ALL. I have a wonderful husband that I love and two great kids that I adore”. But, other than a year in the Rhode Island State Chorus and the occasional karaoke night, music wasn’t something that she pursued. “My life was my family”.

But singing and performing were always in the back of KennaDee’s mind – always on her bucket list.

She had always wanted to play the guitar. “I was a vocalist who unsuccessfully dabbled on the piano. I had tried picking up the guitar when I was younger and watching my Grandma play, but I just didn’t have the patience for it at that time”, KennaDee recalls. So one day out of the blue she went out, bought a cheap little acoustic guitar and started taking lessons. She wasn’t expecting it to go anywhere. “Maybe just learn how to play a song or two around a campfire”, she laughs.

It took several months, very sore fingers and bouts of serious “what the hell am I doing” moments...but she eventually started getting more comfortable with the instrument. At that point her guitar instructor encouraged her to reach out and jam with other musicians. So she put her “feelers” out there.
It wasn’t long before KennaDee found herself in a country band called ‘Headin’ South’...which lead to a variety duo called ‘The Karma Project’ (both within a year)...and then eventually a rock and blues band called ‘The Measure’, where she was the lead singer, songwriter and rhythm guitarist for five years.

She then decided to test the ‘solo’ waters. “I had become a little more confident with the guitar and thought ‘Hey, let’s see what happens!’” Again, not expecting it to go anywhere.

Since then she has played countless venues, benefits, private parties, festivals and house concerts throughout central NY. She has also been featured on WAER’s ‘Common Threads’ and Westcott Radio’s ‘Hit-n-Mix’ (both hosted by Larry Hoyt) as well as ‘CNYLive!’ hosted by Fred Reed. And in late 2019 KennaDee released her debut album “Gypsy Soul”.

“I have met and worked with so many wonderful musicians from whom I have learned so much from. I am constantly growing as a performer and a musician”, she says. “ It’s been a hell of a ride so far and I plan to keep this train a rollin’ for as long as I possibly can”.

All sound equipment and lighting are provided at every show, producing a good clean sound that her customers love. She is committed to prompt setup and removal of gear, a great sound, and a real need to entertain the audience at a high level.

She is a professional musician that takes pride in putting customers first by understanding the nature of their setting, the needs of the facility, and promoting the interests of the audience.

I just need power to plug into