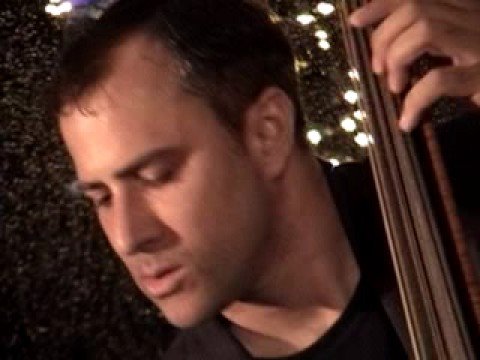 A Night At The Brick 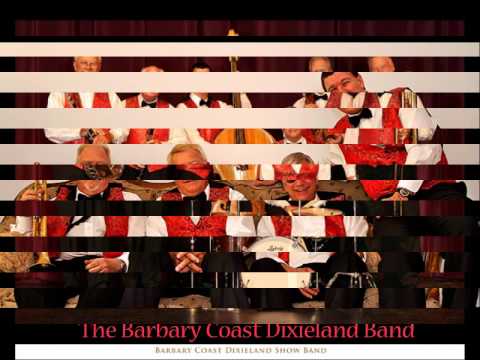 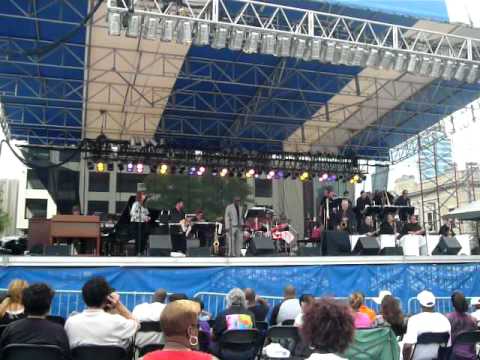 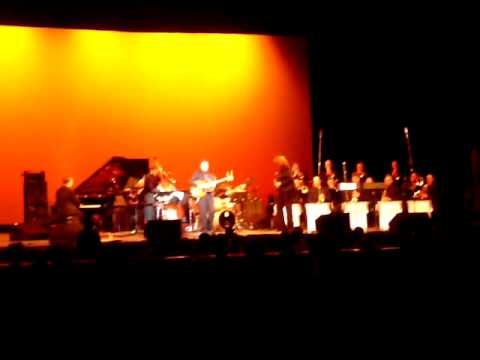 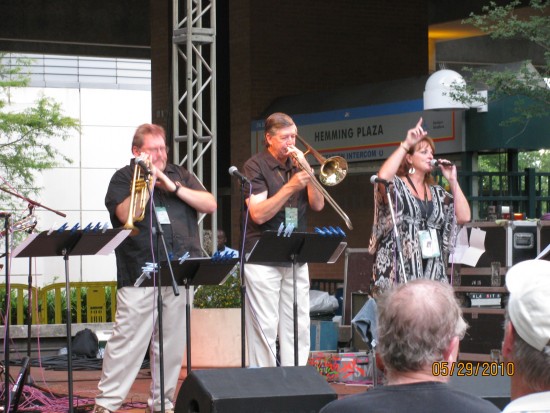 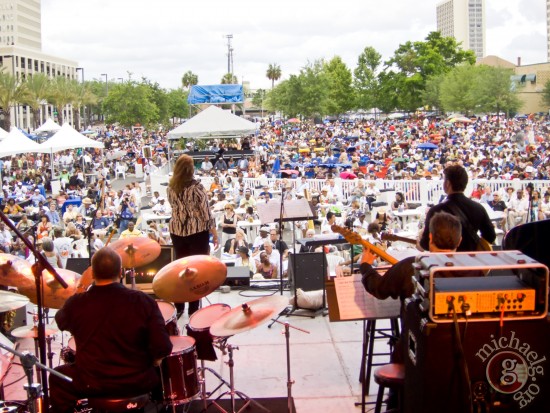 Lisa Kelly singing to a sea of festival fans 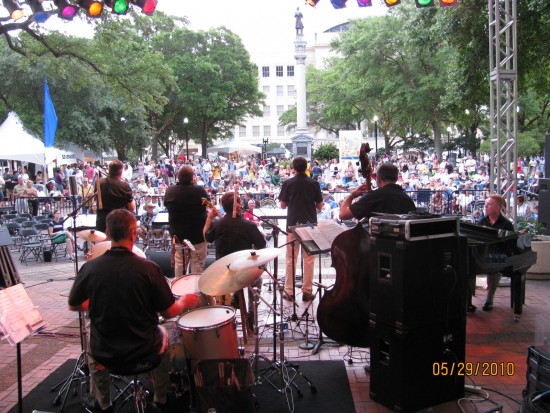 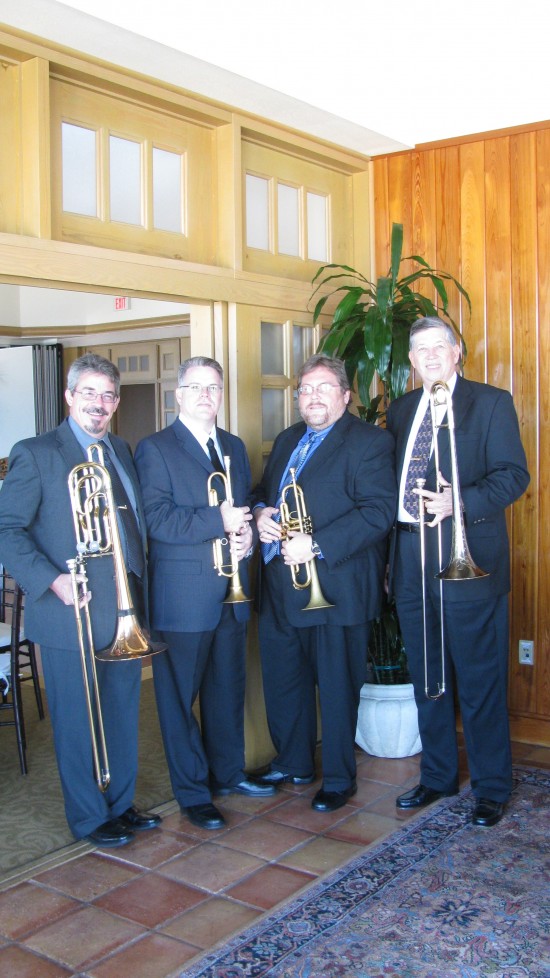 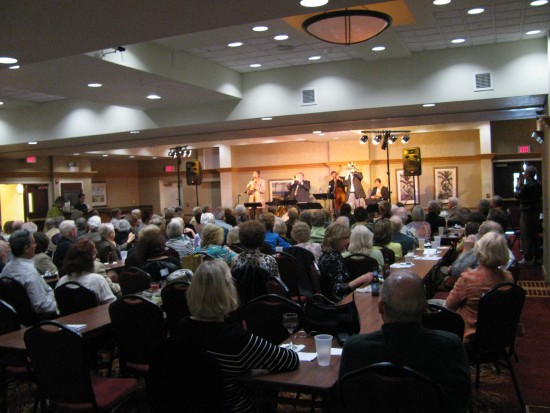 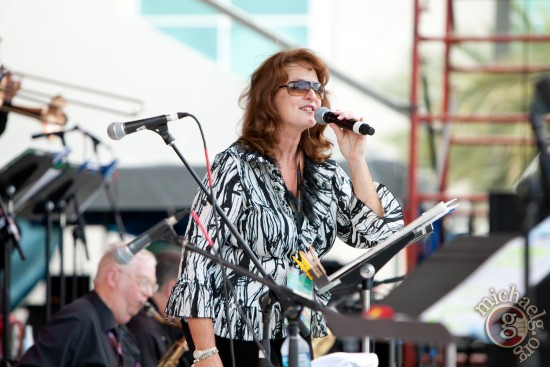 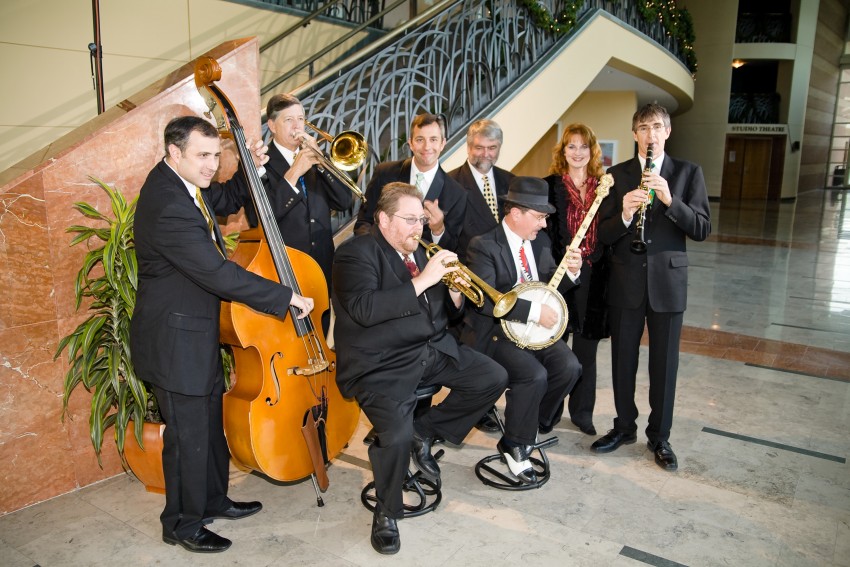 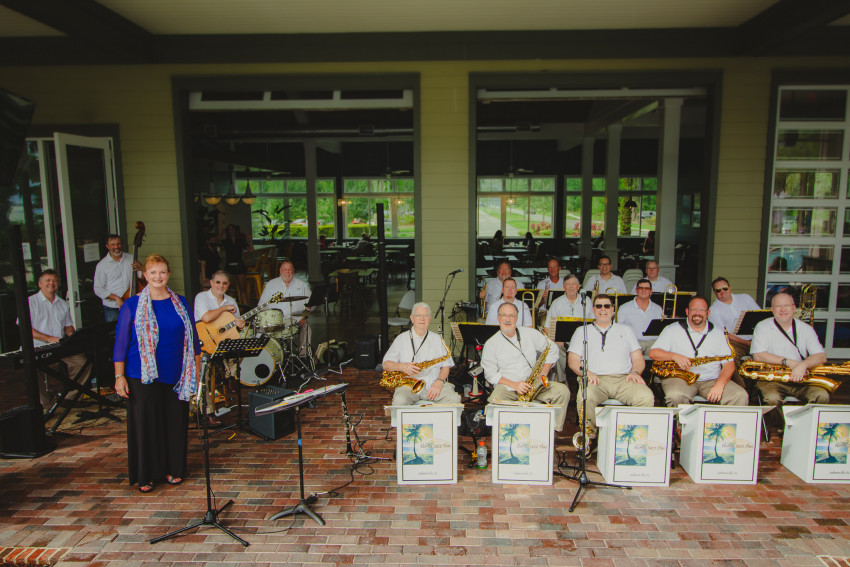 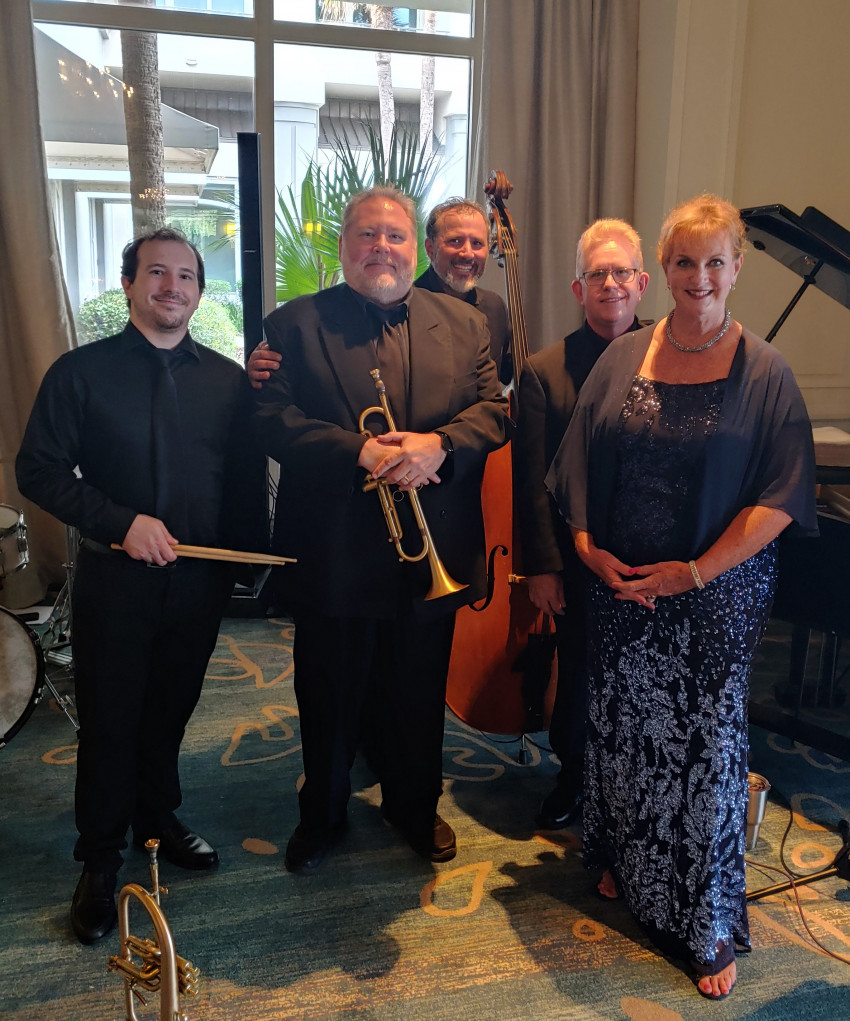 Great performance all around!

They had the hard job of entertaining a crowd during a tennis exhibition and party. Kelly Scott Music was able to engage the crowd, keep the music fun (Mardi Gras Style) all while not interrupting the exhibition. They even had people dancing and that has never happened.
I have had several emails asking me to have them back.

Many thanks Kathy for the opportunity to provide the music for your event, and for the glowing review! So glad our music was an enjoyed addition to your fun event. This was our vocal/trumpet/sax to music tracks trio, worked out perfectly for the occasion. Please keep us in mind for future music needs. We offer background, concert, to dance jazz groups in trio, quartet to sextet small groups, 7-pc New Orleans group, 10/20 pc big bands - whatever best fits your budget and occasion! Look forward to coming back, you, Danny, and crew are wonderful to work with!

Thank you so much Sunita for leaving a kind review. It was an honor to play for your daughter's wedding reception, what a grand celebration it was! Wish your family much continued happiness, hope your relative's health is improving, and please keep us in mind, small group to full big band for any events wishibg swing based jazz for back ground to dancing. We do travel! Best Wishes, Lisa Kelly

Vocalist Lisa Kelly holds a B.M. Degree in Jazz Studies from the University of North Florida, where she won an unprecedented four Down Beat Magazine collegiate awards for Best Jazz Vocalist and one for Best Original Composition, many other awards and scholarships, and was the vocal winner of the acclaimed 2000 IAJE Sisters In Jazz Combo, performing at the IAJE Convention in New Orleans, the Vienna State Opera House for Festival Vien, and the Kennedy Center for the Mary Lou Williams Women In Jazz Festival. As a performer, she has been the featured vocalist with the Larry Elgart Orchestra, the St. Johns River City Band, as a guest soloist with small groups and big bands, has toured throughout Europe and the U.S, and has been featured on numerous TV & radio commercials and recording projects. As an educator, Lisa has taught jazz voice, jazz combos, jazz history, and music business courses at UNF, LaVilla Middle SOTA, Douglas Anderson High School of the Arts, and the North Florida Music Camp. She has served as an artist/clinician and adjudicator for vocal and instrumental camps and competitions, and has presented vocal clinics for both FVA and FBA at FMEA/MENC in Tampa, Florida, and the 2010 Inaugural JEN Conference in St. Louis. In addition to performing, Kelly currently teaches private voice at First Coast Community Music School and is a popular clinician/adjudicator. A YAMAHA trumpet/artist, JB Scott is the first graduate of the UNF Jazz Program, earning his B.A. Degree in Music and his M.S. Degree in Music Ed. at FIU, while studying with the great Arturo Sandoval. J.B. has performed with the Jimmy Dorsey Orchestra, the Ringling Bros. & Barnum and Bailey Circus (Japan), the St. Johns River City Band, and was the leader-cornetist of the world-renowned Dukes of Dixieland for over three years. While with the Dukes, he was featured on two CDs, on the PBS special A Salute to Jelly Roll Morton, and performed with Skitch Henderson and the New York Pops at Carnegie Hall. JB is a professor of music at UNF, directing the acclaimed UNF Jazz Ensemble I, directing the annual UNF Jazz Series and Koger-Matteson Jazz Festivals, and teaching jazz trumpet and music history courses.

Lisa Kelly & JB Scott have conducted many educational vocal/trumpet clinics with secondary, college, and professional jazz ensembles, have served on faculty for jazz camps, have presented clinics for IAJE and MENC/FMEA, the inaugural JEN Conference in St. Louis, and other organizations, and served as adjudicators, critiquing solo and ensemble competitions. Their fun, informative, and interactive “Jazz For Kids” clinics have reached thousands of children and have been included in the community outreach programs of major jazz festivals. As jazz artists, Lisa & JB have been profiled as “Artists Deserving of Wider Recognition” on the Southern Arts Federation CD, “JazzSouth,” distributed to 100’s of radio stations throughout the U.S. and abroad. In 1997, Lisa Kelly released her highly recognized debut solo CD, “My Legacy” at the Montreux Jazz Festival. Since 2001, Lisa & JB have appeared on numerous recordings, TV and radio commercials, and have released four CD recordings with their groups, the successful project “Home,” the award winning “Memories of Tomorrow,” the well received “Live At Simons,”and their long awaited new release, “Just Swingin!”

Their Musical Style…Like Ella and Louis, a complimentary musical pair. Lisa Kelly’s stage presence is one of sophisticated ease, with a smooth, silky toned voice, and a seasoned, sultry, rich timbre reminiscent of the ‘greats’ before her like Ella, Sassy, Julie London, Carmen McCrae and the modern Diana Krall. Known for her impeccable pitch and a natural sense of swing, her ‘instrumental’ approach to singing allows her the freedom to explore the music as a horn player, with sensitivity of lyric and an “Ella” like scat that takes you back. Lisa’s style is tastefully balanced by the swinging, sassy, fiery lines of trumpeter JB Scott, a la Freddie Hubbard meets Clark Terry meets Dizzy Gillespie. JB skillfully produces a clean, singing trumpet tone, conveyed through pure, flowing, “Chet Baker’ish” melodies and high gliding, intricate passages. His versatile style enables him to deliver anything from sensitive ballads to hard driving bebop, from Latin sensuality to New Orleans Blues, with masterful technical agility-all with heart, each style true to its tradition. And like Armstrong or Clark Terry, JB often articulates his trumpet lines through engaging vocal scatting.

We have our own lighting and P.A. system for smaller venues and events (under 350 in attendance). ALL CD's (5)available on website: (link hidden)

GROUP #1 THE KELLY-SCOTT QUINTET
A CHILD IS BORN - Afro Blue
AIN'T MISBEHAVIN' - April Mist
ALICE IN WONDERLAND - A Night In Tunisia
BLACK COFFEE - Billy's Bounce
BODY AND SOUL - Caravan
CLOSE YOUR EYES - Come Rain Or Come Shine
COM ALMA - Corcovado
DETOUR AHEAD - Dig
DINDI - Easy To Love
EXACTLY LIKE YOU - Footprints
GEORGIA - Giant Steps
GOD BLESS THE CHILD - How Deep Is The Ocean?
I AIN'T GOT NOTHING BUT THE BLUES - I Can See Clearly Now
I CONCENTRATE ON YOU - I'll Take Romance
I LOVE BEING HERE WITH YOU - I'm Walkin'
IN A SENTIMENTAL MOOD - I Only Have Eyes For You
IT HAD TO BE YOU - Jordu
JOYSPRING - Just Squeeze Me
LAZYBIRD - Let's Fall In Love
LITTLE SUNFLOWER - Louisiana Sunday Afternoon
LOVE DANCE - Love For Sale
LULLABY OF BIRDLAND - Lulu's Back In Town
LUSH LIFE - Mambo Inn
MERCY, MERCY, MERCY - Monk's Dream
MOONDANCE - Moonglow
MORE - My Foolish Heart
MY ONE AND ONLY LOVE - Nature Boy
NEW YORK STATE OF MIND - Nica's Dream
NIGHT AND DAY - One For My Baby
OLEO - On The Sunny Side Of The Street
OUT OF NOWHERE - Peel Me A Grape
PENTUP HOUSE - Polkadots And Moonbeams
'ROUND MIDNIGHT - Route 66
RUBY, MY DEAR - Sandu
SCRAPPLE FROM THE APPLE - Sea Journey
(My) SECRET LOVE - September In The Rain
SERPANT'S TOOTH - Seven Steps
SINCE I FELL FOR YOU - Smile
SOFTLY AS/MORNING SUNRISE - Someday My Prince Will Come
SOMEONE TO WATCH OVER ME - Song For My Father
STORMY WEATHER - Sweet Georgia Brown
TENDERLY - That Old Black Magic
THE LOOK OF LOVE - The Midnight Sun
THE NEARNESS OF YOU - There Is No Greater Love
THE VERY THOUGHT OF YOU- This Masquerade
THIS CAN'T BE LOVE - Too Close For Comfort
UNDER A BLANKET OF BLUE - Until I Met You
UP JUMPED SPRING - What A Wonderful World
WHEN I FALL IN LOVE - ...AND MANY, MANY MORE!!!

ALL OF ME - Almost Like Being In Love
AMERICA THE BEAUTIFUL - Angel Eyes
A STRING OF PEARLS - Bandstand Boogie
BLUE SKIES - Boogy Woogy Buggle Boy
CAUGHT A TOUCH OF YOUR LOVE - Corcovado
DON'T GET AROUND MUCH ANYMORE - Everyday I Have The Blues
FEVER - For All We Know
I CAN'Y GIVE YOU ANYTHING BUT LOVE - I'll Never Smile Again
I LOVE BEING HERE WITH YOU - I'm Beginning To See The Light
I'M IN THE MOOD FOR LOVE - In The Mood
INTERMISSION RIFF - It's Only A Paper Moon
IT COULD HAPPEN TO YOU - I Want To Be Happy
JUST FRIENDS - Kansas City
LADY IS A TRAMP - Laura
MACK THE KNIFE - Manhattan
MANTEGA - Meditation
MOONGLOW - Moonlight In Vermont
NEW YORK, NEW YORK - Our Love Is Here To Stay
OUT OF NOWHERE - Poinciana
ST. LOUIS BLUES - Satin Doll
SENTIMENTAL JOURNEY - Shiny Stockings
STARDUST - Stompin' At The Savoy
SUMMERTIME - 720 In The Books
TAKING A CHANCE ON LOVE - Take The "A" Train
TEACH ME TONIGHT - That Rainy Day
THE GIRL FROM IPANEMA - The Way You Look Tonight
TUXEDO JUNCTION - Where Or When
.........Chachas, Rhumbas, Waltzes, - Swing, Ballads, Bossa Novas,
Sambas, Merengues, Patriotic, ...... - ... and over 850 MORE!!!

WEDDING SONG LIST
(A sample of the many tunes we perform)

Ain’t Misbehavin’, A Kiss To Build A Dream On
All Of Me, All Of You
Always, As Time Goes By
At Last, Blue Moon
Body & Soul, Cheek To Cheek
Come Rain or Come Shine, Cute
Dearly Beloved, Deed I Do
Dindi, Dream A Little Dream Of Me
Easy To Love, Embraceable You
Exactly Like You, Fly Me To The Moon
Green Dolphin Street, Honeysuckle Rose
How Deep Is The Ocean?, I Can’t Give You Anything But Love
I Can See Clearly Now, I Concentrate On You
I’ll Take Romance, I Love Being Here With You
I’m In The Mood For Love, In My Solitude
I Only Have Eyes For You, It Had To Be You
I’ve Got You Under My Skin, I Wished On The Moon
Just In Time, Just Squeeze Me
Let’s Fall in Love, Moondance
My Foolish Heart, My Funny Valentine
My One & Only Love, Moonglow
My Love. My Romance
Night & Day, Our Love Is Here To Stay
Out Of This World, Polkadots & Moonbeams
My Secret Love, Someone To Watch Over Me
Stars Fell On Alabama, Taking A chance On Love
Teach Me Tonight, Tenderly
That’s All, The Best Things Happen When We Dance
The More I See You, The Nearness Of You
The Way You Look Tonight, They Can’t Take That Away From Me
There Is No Greater Love, The Very Thought Of You
This Can’t Be Love, Under A Blanket Of Blue
Until I Met You, What A Wonderful World
When I Fall In Love, When You’re Smiling
You’re Getting To Be A Habit With Me, and many more !