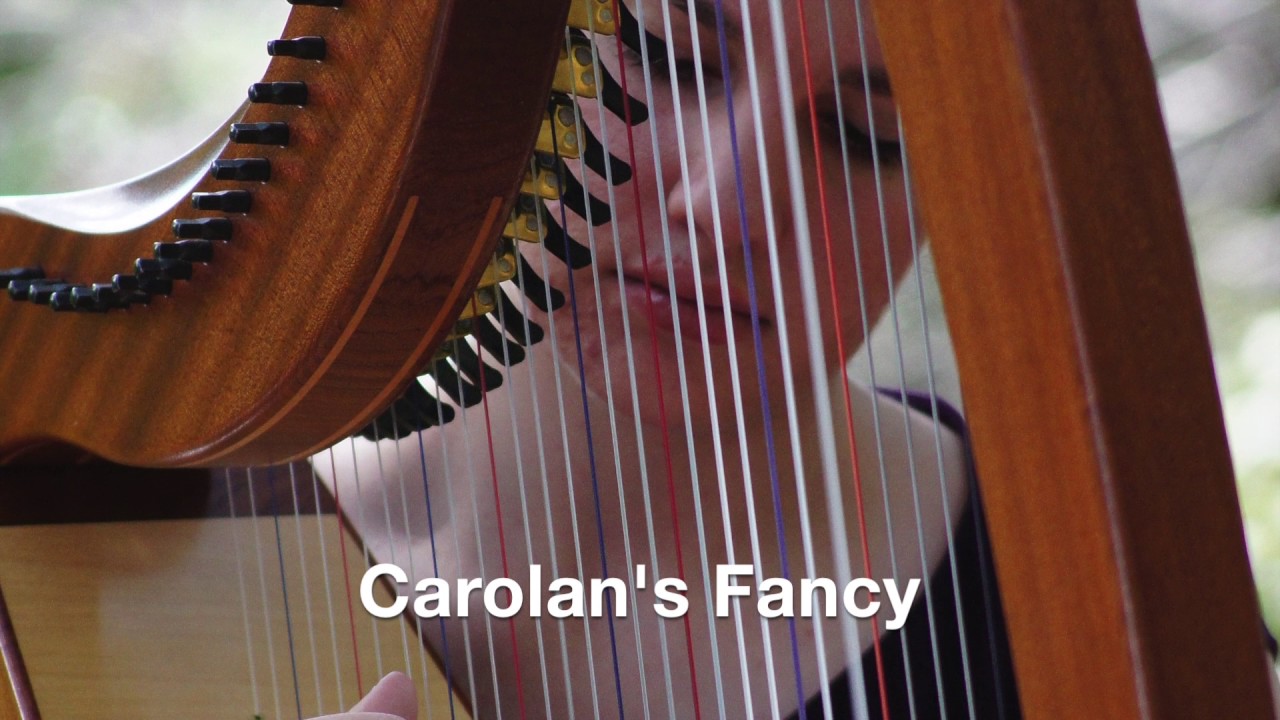 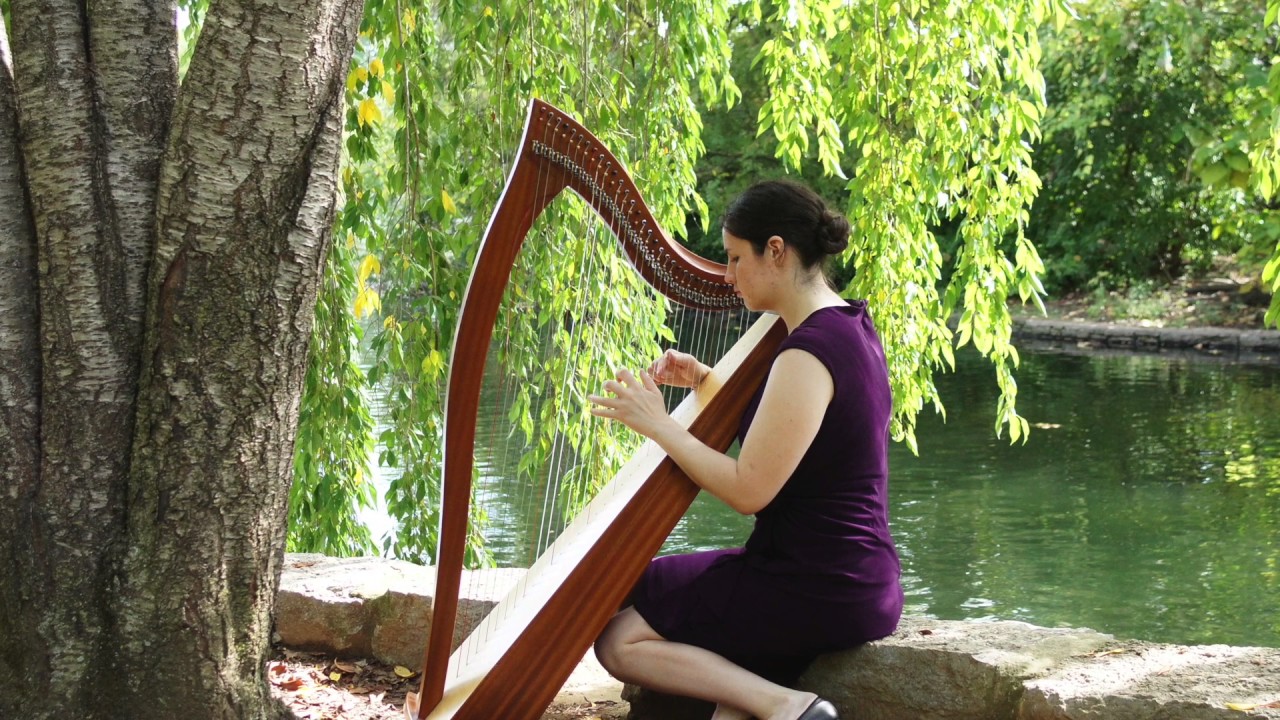 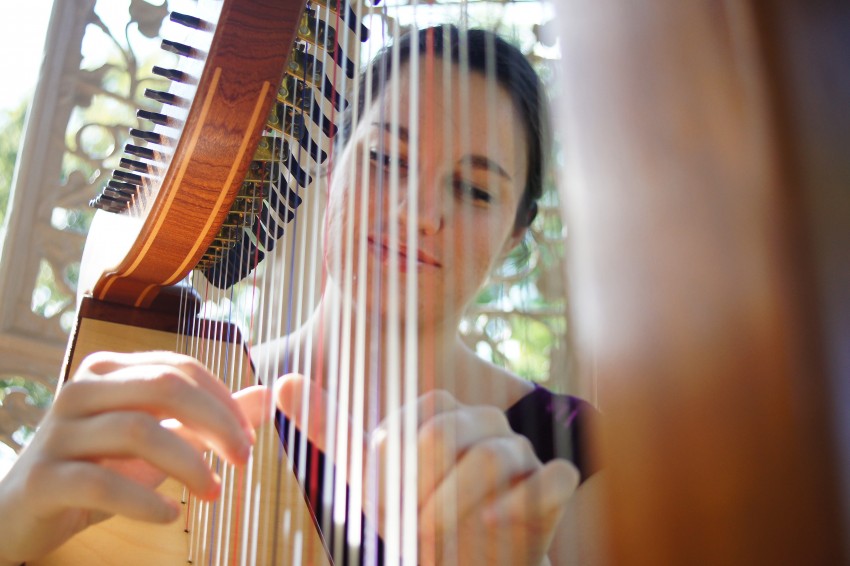 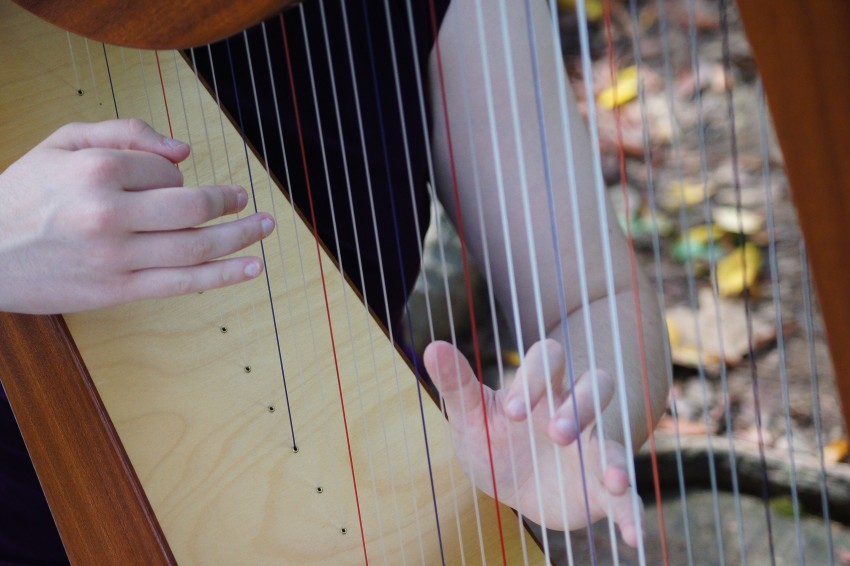 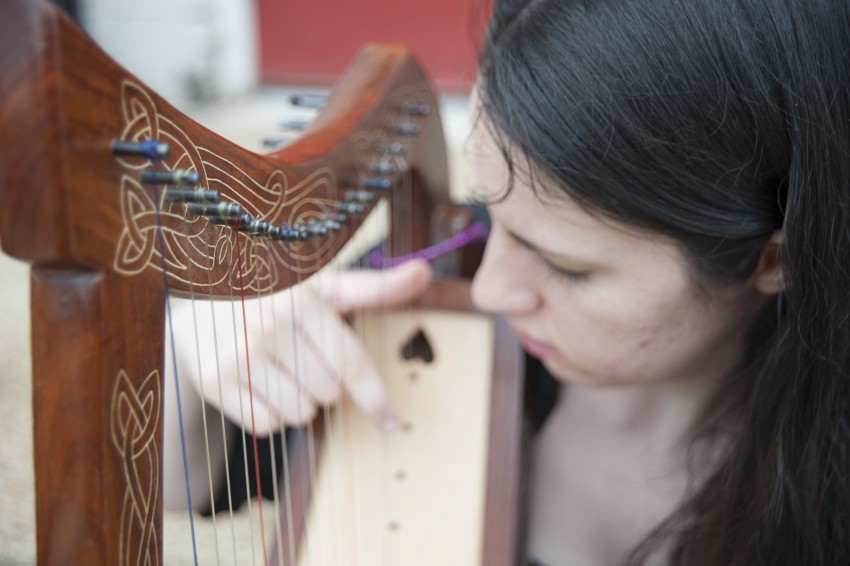 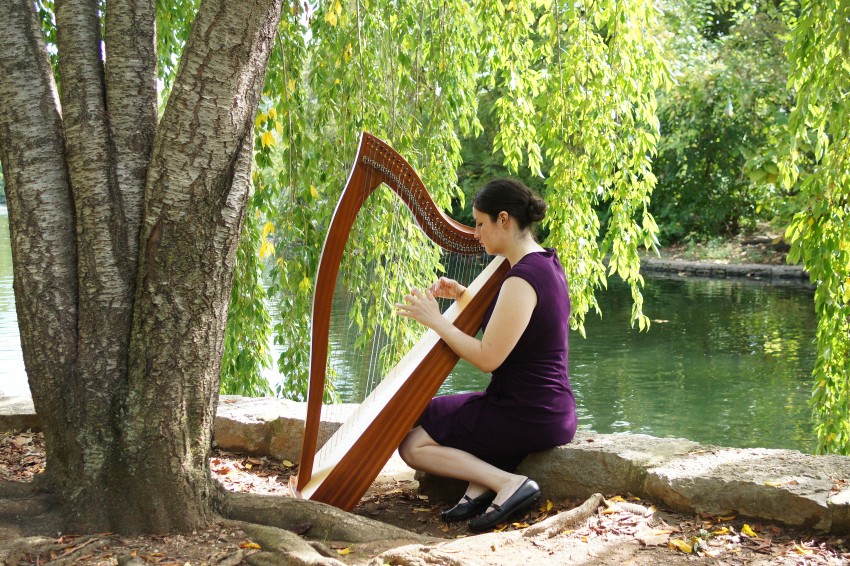 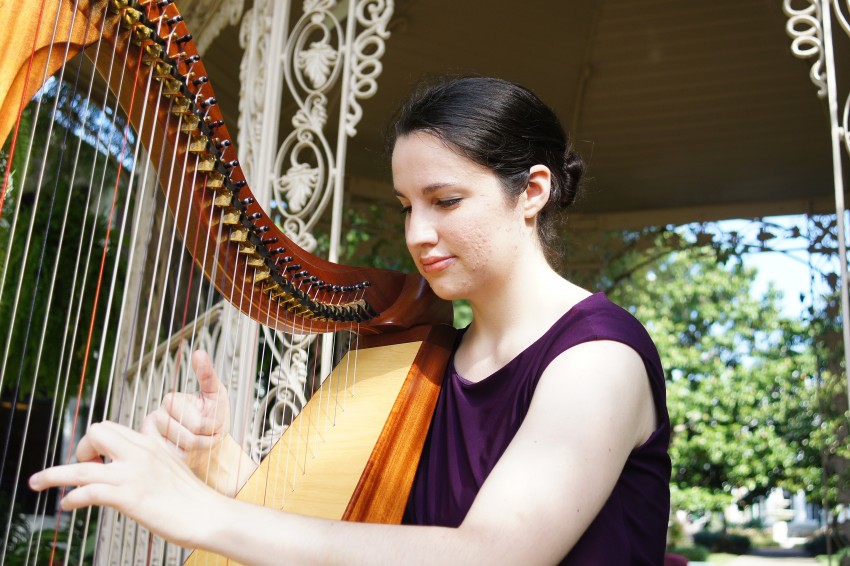 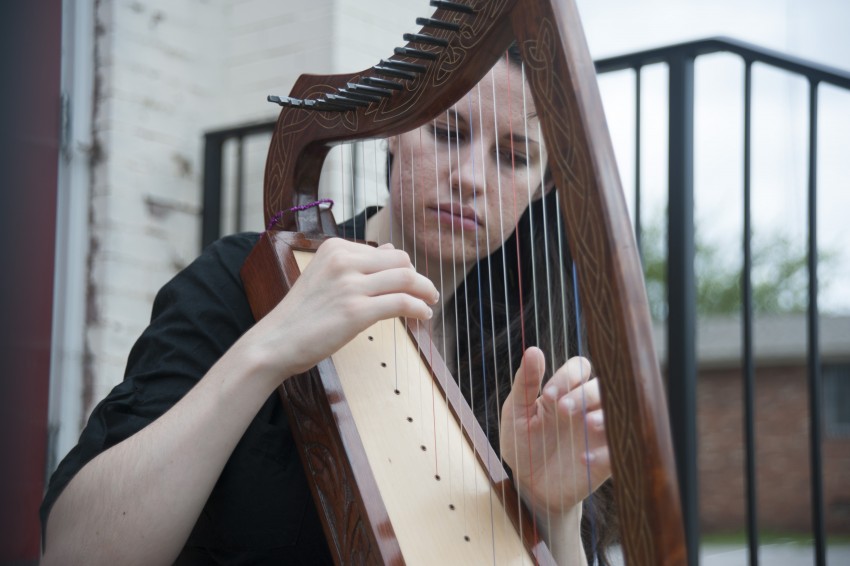 Katherine Hill is a Celtic harpist specializing in modern pop music. Whether at a wedding, garden party, or corporate event, Katherine's unique style entertains audiences of all ages.

Be the first to review Katherine Hill

Katherine Hill offers both background and featured solo music. For weddings, she can play up to 30 minutes of prelude music, as well as the processional of the bridal party. After the ceremony she is able to play the recessional as well as up to 10 minutes of postlude music as guests are leaving.

For dinners, parties, and corporate events, she will play up to 2 hours of ambiance music.

Repertoire will be customized to meet the needs of the client.

Katherine Hill is a Celtic harpist who plays for weddings, parties, and other events. She learned to play the harp the traditional Irish way, which was by ear. Her ability to learn songs quickly allows her to create her own arrangements as well as learn songs from various genres.

Born and raised in Southern New Jersey, Hill began studying the harp with Rosalyn Briley. As a teenager, she took lessons from Janet Whitman at the Delaware School of Music, and then from Paula Bressman at Belmont University.

Hill began performing at various venues throughout South Jersey in 2009, from churches to antique stores as well as weddings and private parties. She has recorded two solo albums, and has played as a guest musician for other recording projects. Her television appearances have included being featured on the local program On the King’s Highway and on the local station MIND TV.

Since moving to Nashville, TN in 2011, Hill has performed the National Anthem at the Belmont University Women’s Basketball game, as well as played weddings at the Union Station Hotel, Arrington Vineyards, The Bell Tower, and The Mill at Lebanon. She has also played in the worship team at Midtown Fellowship Church in Nashville.

Now based in Franklin, TN, she is available to play at weddings, small concerts, garden parties, and other events.

Most environments do not require additional sound equipment, as the sound of the harp fills the room quite well. However, some larger events may require the use of a microphone and sound system.

Sacred Music:
Amazing Grace
Be Thou My Vision
Morning Has Broken
Fairest Lord Jesus
For the Beauty of the Earth