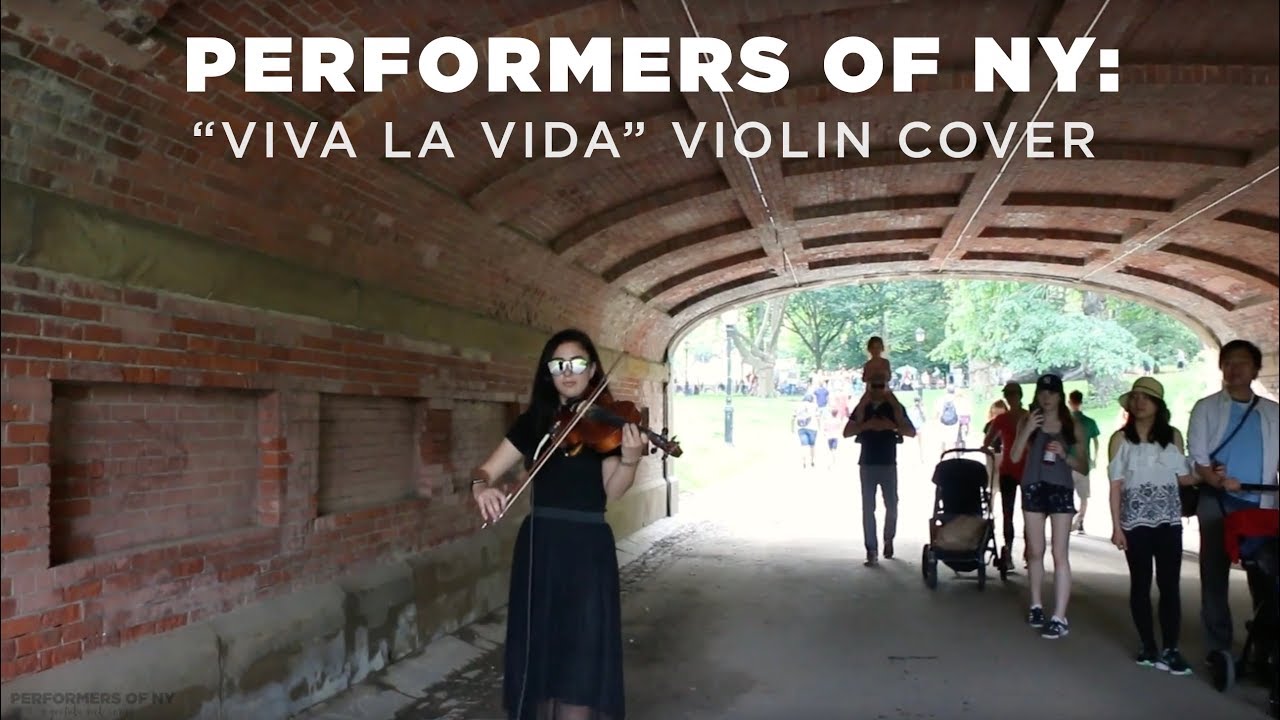 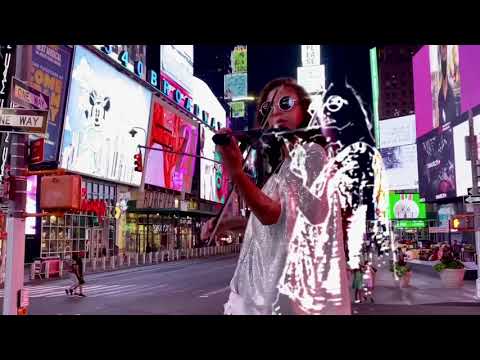 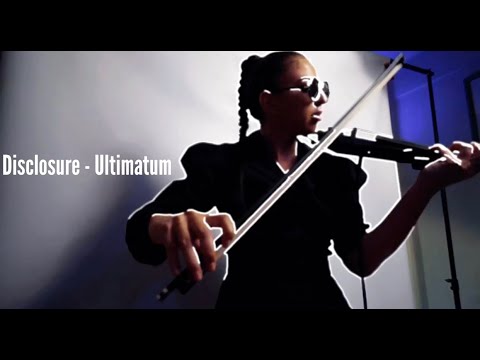 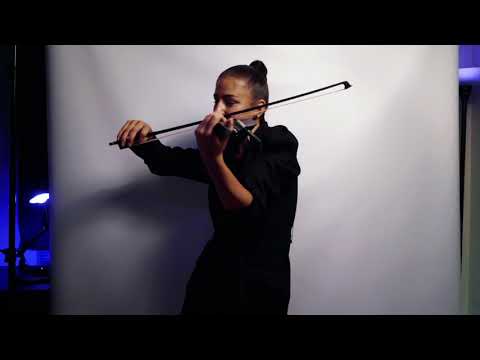 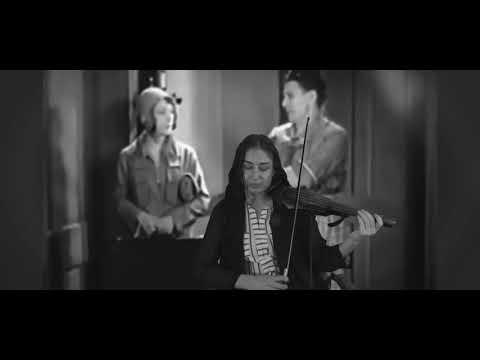 Falling in love with you 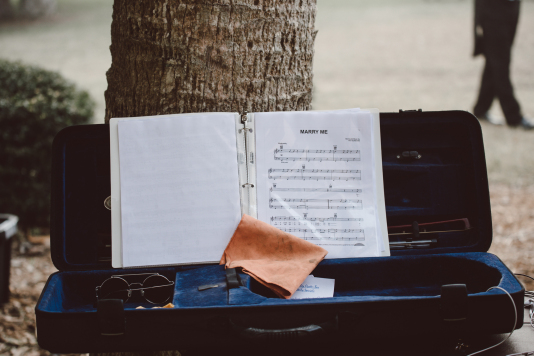 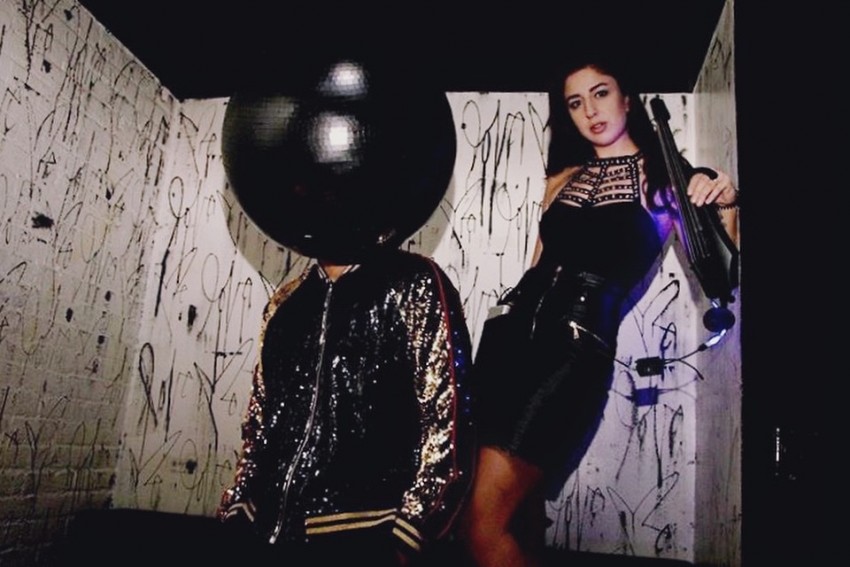 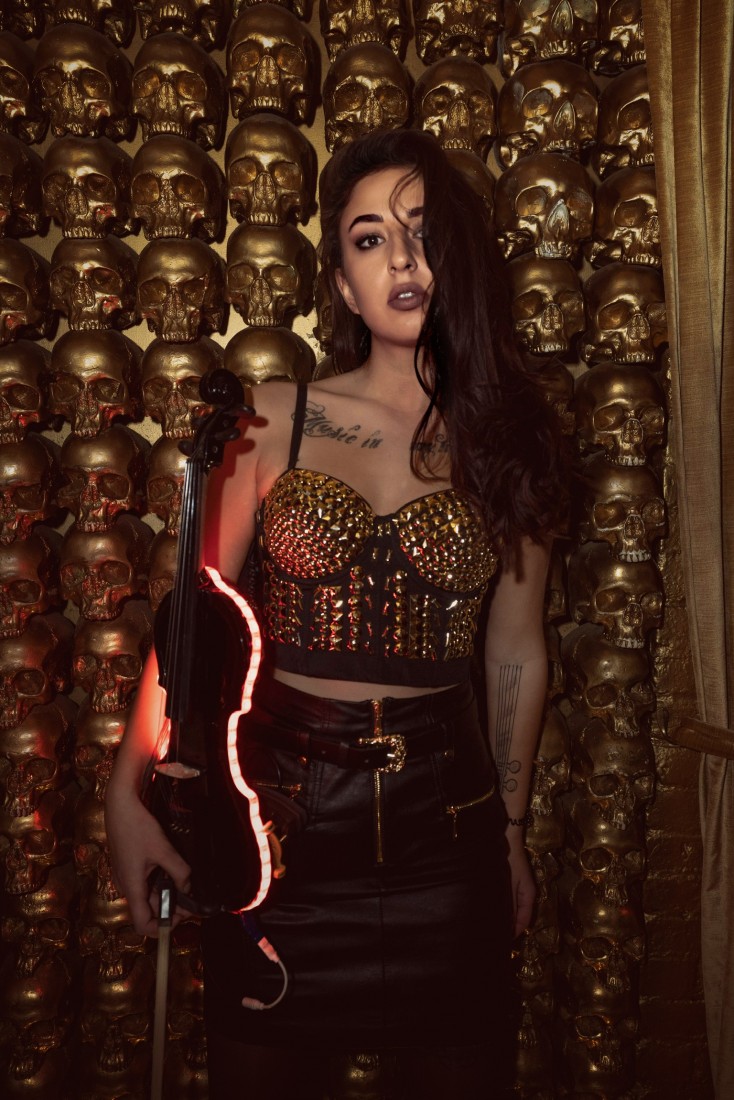 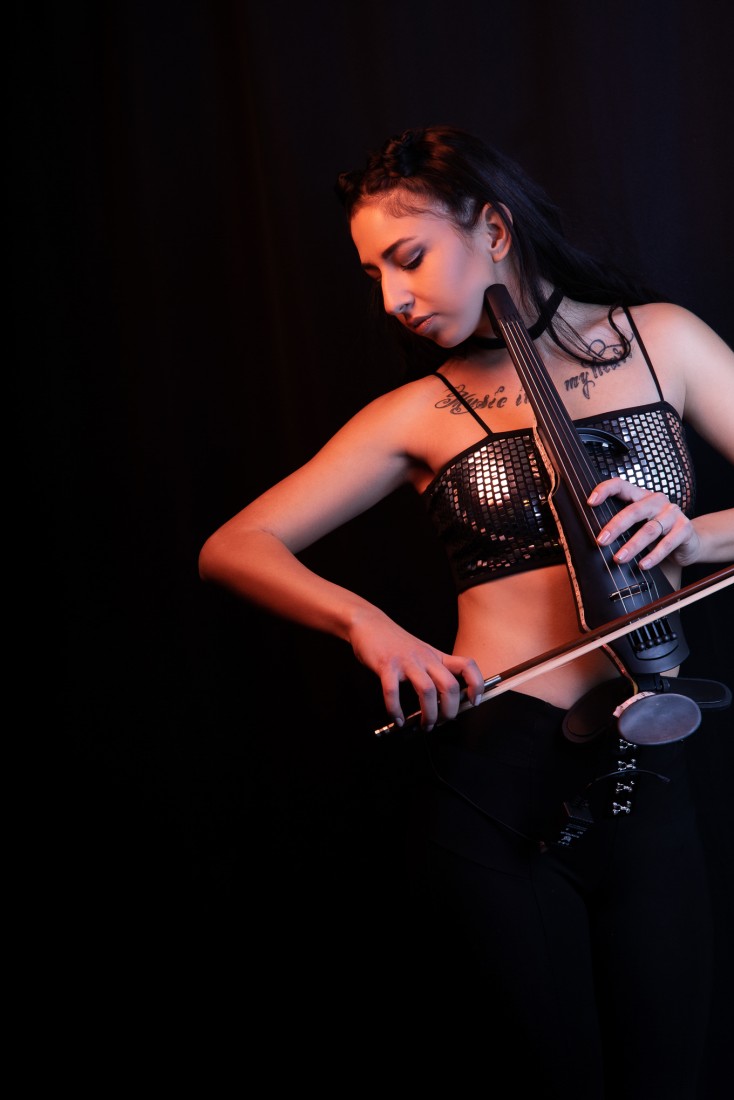 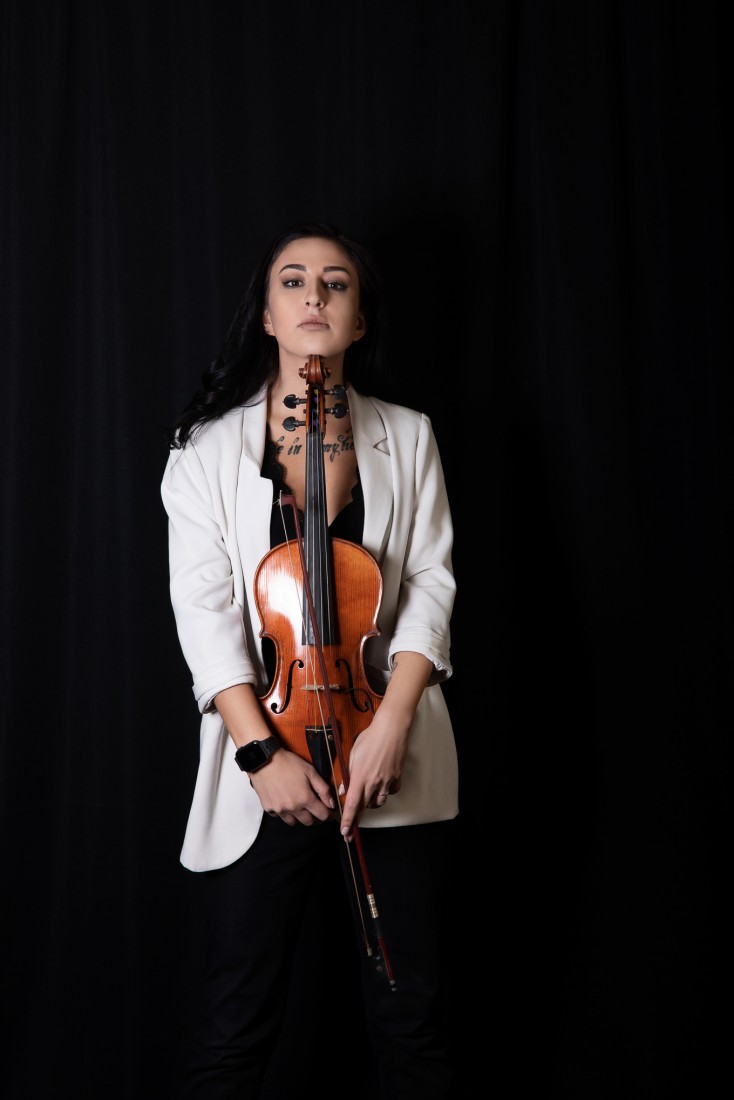 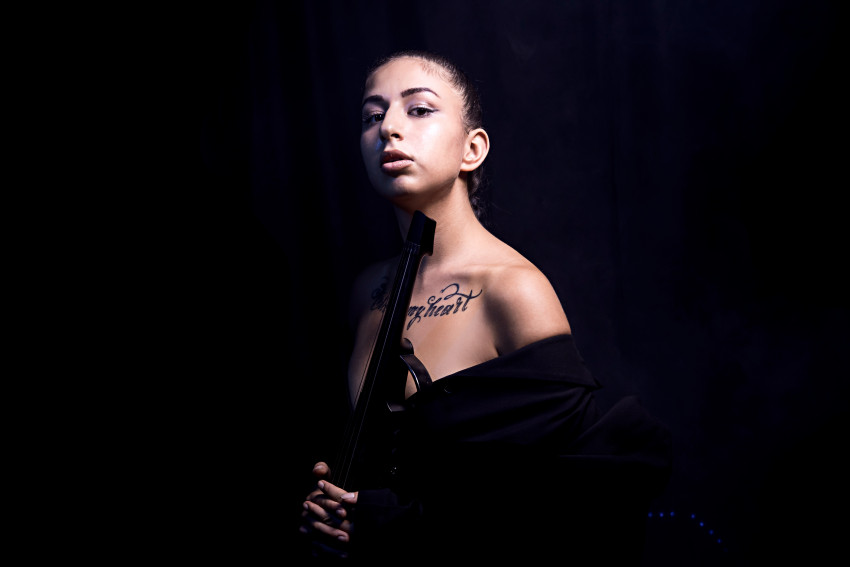 Karina has always been an active performer in New York City and Florida. She has performed as the opening act for highly promoted venues as well as booked for many private engagements.
Including opening act for Sebastian Yatra, Private Party’s for Buster Skrine, Daily Mail, Harvard Club, Embassy Suites by Hilton, Ritz Carlton and more.

Karina was amazing to work with. She is responsive, flexible, professional and a stellar musician. The parameters of my event kept changing because of COVID. First, it was to be a live performance with both a violinist and a violist. For that, Karina found an excellent second musician to perform with her. Then, only a month before the event, the live performance was canceled and it became a virtual event/sound installation, which meant I needed recordings instead of live playing. Karina came to the rescue! In just a couple weeks she recorded both the violin and viola parts, organized sessions in a recording studio with a music producer, and sent me professional recordings that far exceeded my expectations. She created complex arrangements of the pop songs I chose, and the recording she sent of a Vivaldi song sounded like an entire string section was playing. She clearly put a huge amount of time, effort, thought and care into my project and went above and beyond to make it amazing. I am doing another event in six months and am planning to work with her again. I highly recommend Karina to anyone.

Karina was very professional and extremely talented! We would definitely hire her again for any event in the future!

Much thanks to Karina for being flexible with my schedule. Planned to propose at 430 at sunset and if it weren't for Karina I might not have noticed that it was gonna rain... ruining everything. My gf (or now my fiance *smiley face*) was very surprised and ecstatic with the music and song choice. Lovely skills on the violin.

Karen did an amazing job performing at our wedding! She even played Game of Thrones unexpectedly as we left the altar! We are big Game of Thrones fans, even was proposed to at Dragon Stone! It was a wonderful surprise ☺️

She was early and willing to start a little later because of people being late. She played everyone's song request that we listed, as well as others . Definitely going to book her for other events.

She was really professional. She was 40 minutes before the proposal, with everything ready for the moment, she played all the songs that I requested before in a really good way. I really recommend her!

For our 46th wedding anniversary, I hired a private chef and strolling violinist, who put the evening “over the top.” Karen Garrett was the perfect complement to a delicious dinner and memorable evening on the lanai. The romantic play-list was beautiful and Karen was very sweet. She was very easy to work with and did everything she could to make this our special evening. Karen brought so much joy to our celebration; I highly recommend her to do the same for yours. Bruce and Anita.

It was pleasure to work with Karen . Very professional and talented I highly recommend her.

Karen was simply amazing, she looked beautiful as well. Our guest enjoyed her so much.I highly recommend her.❤️❤️

Karen was a pleasure to work with. She came prepared and made our wedding day the most special. She is extremely talented and we would recommend her to anyone looking for a violinist!

Thank you for the positive feedback!!! It was a pleasure working with you! Best wishes:)

High quality musician for you

Karina Byakova was born in Shahtinsk, a small town in Kazakhstan and at a very young age realized music was her true passion and inspiration. She began playing the violin at the age of four, and by six, she won her first music competition.
Karina’s education includes studies at the Children’s Music Academy for Talented Children in Karaganda, Kazakhstan, where she focused on violin and piano.  She also attended the Moscow Music University for a special program, studying viola with Yuri Bashmet and faculty.  She continued training at the Music University at Karaganda, Kazakhstan which culminated into the U.S equivalent of a Bachelors Degree in Music.
During her training, Karina won many international competitions including 1st and 2nd places in Astana, Almaty, and Karaganda, Kazakhstan – 1st Place in Rimini Italy and 2nd Place in Odessa Ukraine.
Karina’s teaching career began early, at only 16 years old when she began assisting and at the behest of her instructor, teaching at the Music Academy in Shakhtinsk, Kazakhstan.  She continued teaching when she moved to New York City for the Sisa Pakari Cultural Center.   In addition to private and group strings and piano lessons, Karina is a specialist in young childhood music training, and has taught group music classes to children as young as 3 years old.
Karina has always been an active performer as well as instructor in both New York City and now Florida.  She has performed as the opening act for highly promoted venues as well as booked for many private engagements.
Including opening act for Sebastian Yatra, Private Party’s for Buster Skrine, Daily Mail, Harvard Club, Embassy Suits, Ritz Carlton, Museum’s and more.


Throughout her music career, she also has been involved with many orchestras and ensembles including, but not limited to, the Karaganda City Orchestra, Kazakhstan as principal violist and soloist, The Metro Chamber Orchestra, New York City and as principal violist in many local Florida orchestras including the South Shore Symphony Orchestra in Wesley Chapel, Anna Maria Island Concert Chorus & Orchestra and Strings Con Brio of Sarasota Florida.