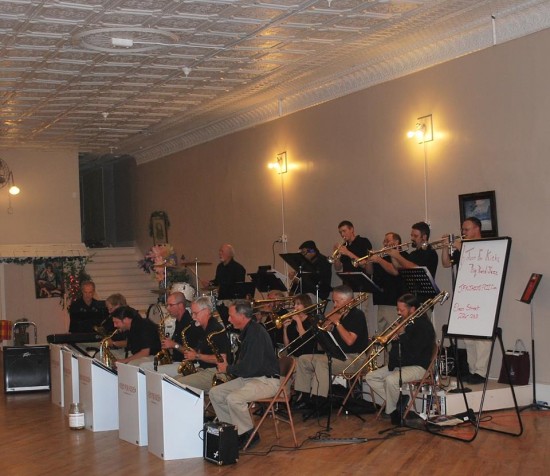 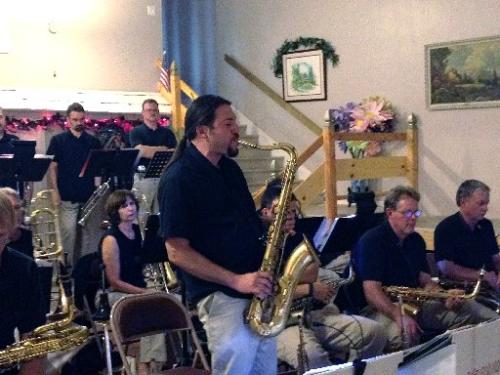 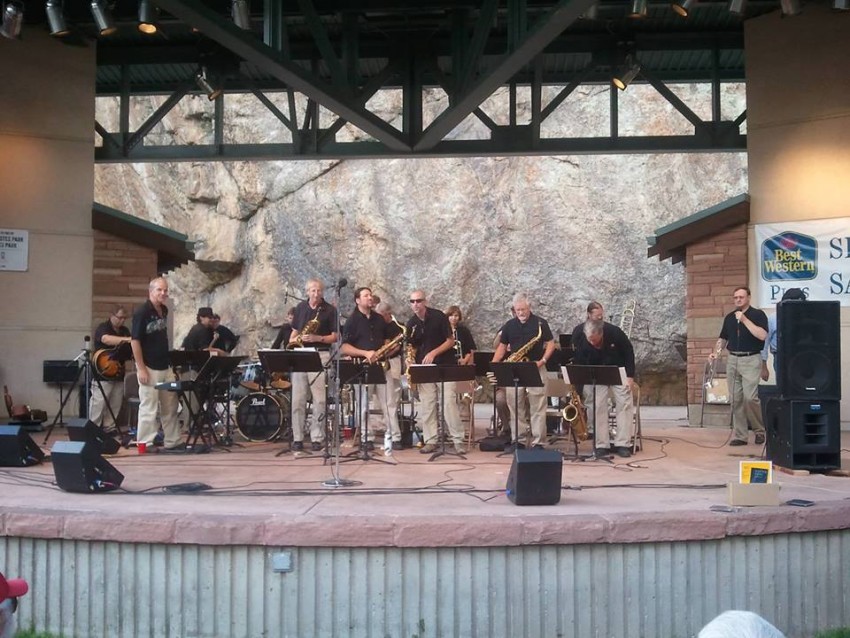 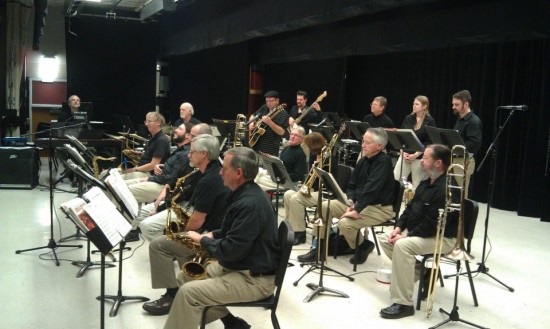 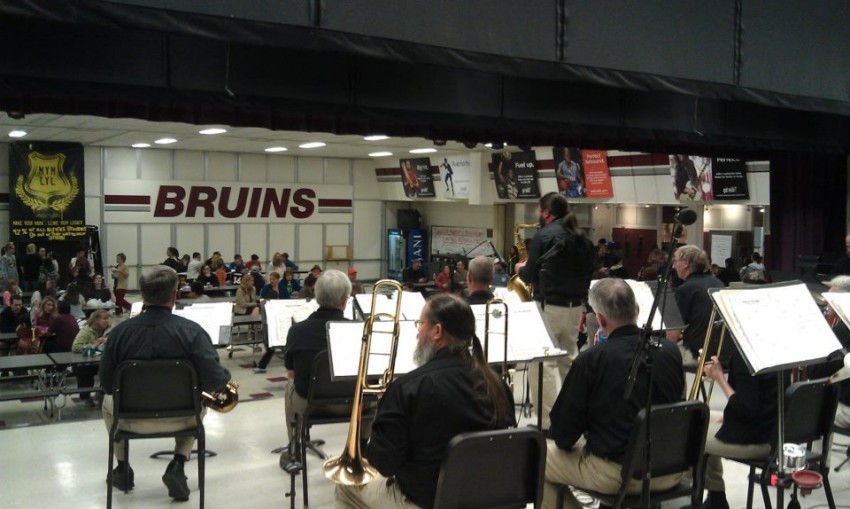 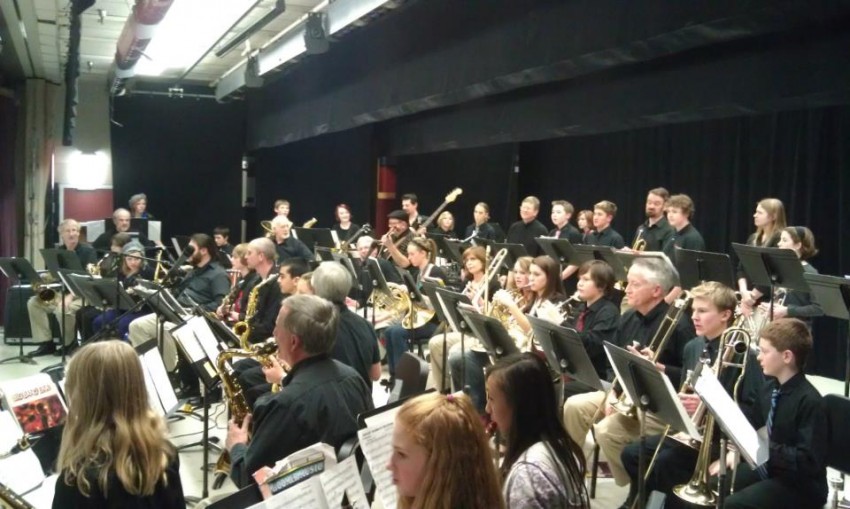 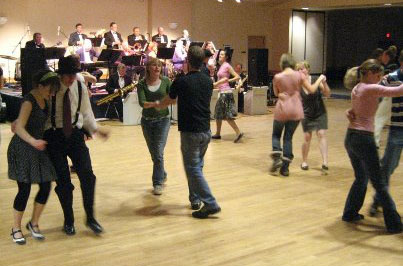 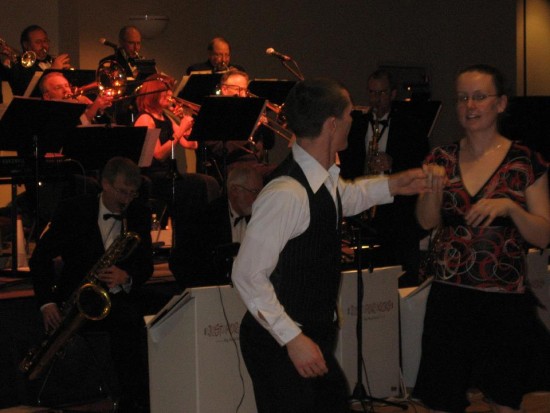 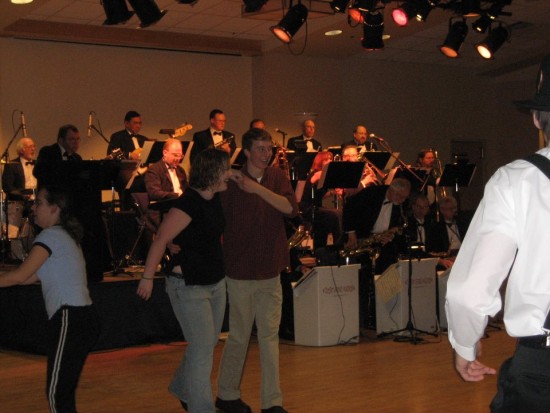 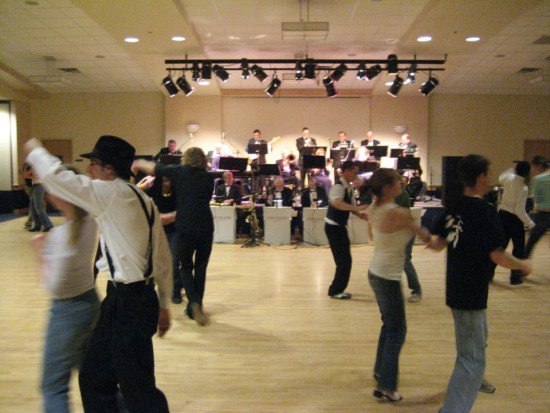 We were in awe of the variety in your show at St. Michaels tonight. It was anything but predictable jazz. Mr. Spencer's writing style is definitely unique. The camaraderie between the members, along with the easy-going style of the MC, was fitting for the casual atmosphere of the outdoor event. I want to be a groupie.

The band plays traditional jazz, swing, shuffle, blues and more stlyes of jazz music.
Just For Kicks is a high energy group and has performed concerts at the Big Band Bash in Estes Park, the Rialto in Loveland, and St. Michael's in Greeley.

Founded March 1, 1993
Genre Big Band Jazz
In Fort Collins/Loveland, Colorado.
Just For Kicks Professional Big Band Jazz Band was established in 1993. The band plays traditional jazz, swing, shuffle, blues and more styles of jazz music.
Just For Kicks is a high energy group and has performed concerts at the Big Band Bash in Estes Park, the Rialto in Loveland, and St. Michael's in Greeley.
Just For Kicks was the featured guest with Loveland Concert Band on the July 4th, 2012 celebration at North Lake Park, Loveland, CO.
Just For Kicks plays for swing dance clubs, weddings and events. Most recently, Just For Kicks has performed for the Swing Dance Club at the University of Wyoming and has been playing for swing dancing at The Majestic, in Loveland.
Just For Kicks enjoys playing for charity events and has been regular entertainment for The Alzheimer's Walk, the Cancer Relay Race and the Sierra Race.
Just For Kicks supports lifelong instrumental music education and has conducted mini-workshops at several middle and high schools in the Loveland/Fort Collins/Windsor/Ault area.

PERFORMANCE Area: Communities in Colorado; Wyoming restricted to Cheyenne and Laramie only.

Bandstand Boogie,
Puttin’ on the Ritz,
Theme for Joy,
A String of Pearls,
Pennsylvania 6-5000,
Out of the Doghouse,
Hootin’ with Newton,
Time After Time,
Just For Kicks,
Stro’s Place,
Jump Jive an’ Wail,
In the Mood,
Sing Sing Sing;

Moonlight Serenade;
Don’t Be that Way,
Don’t Get Around Much Anymore,
But Beautiful;
Bluff Point;
Basically Blooz;
Switch in Time;
Red Top;
Basie Straight Ahead;
Groovin’ Easy;
Love For Sale