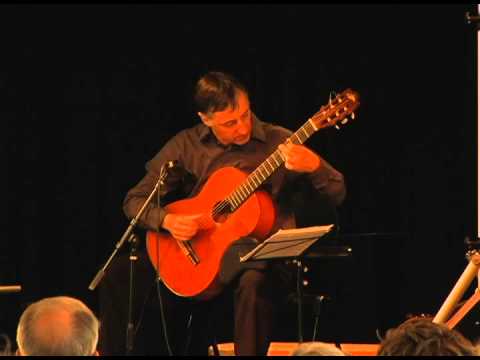 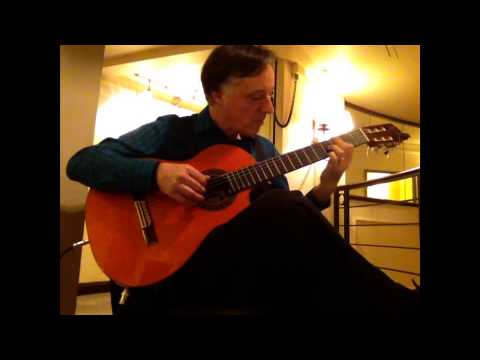 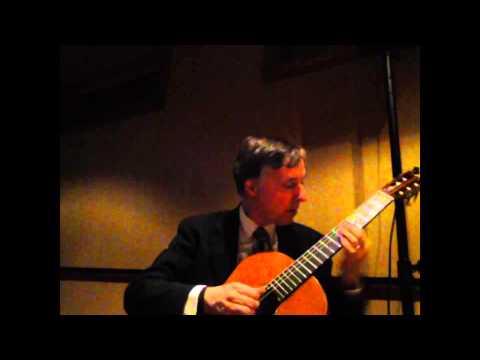 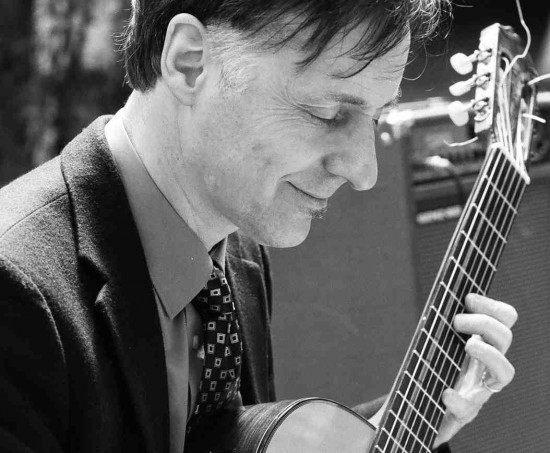 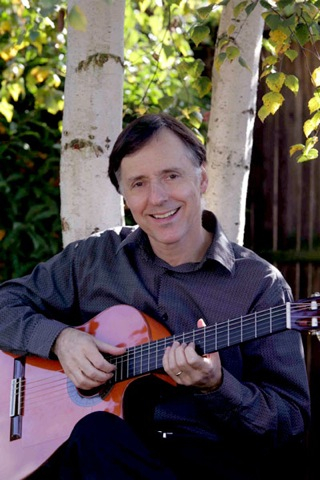 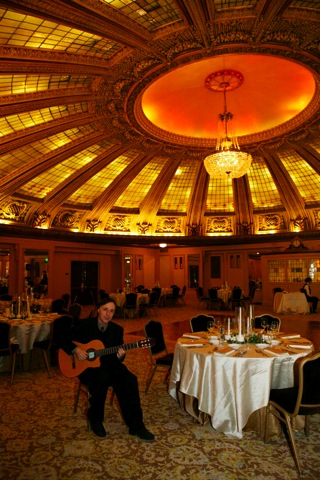 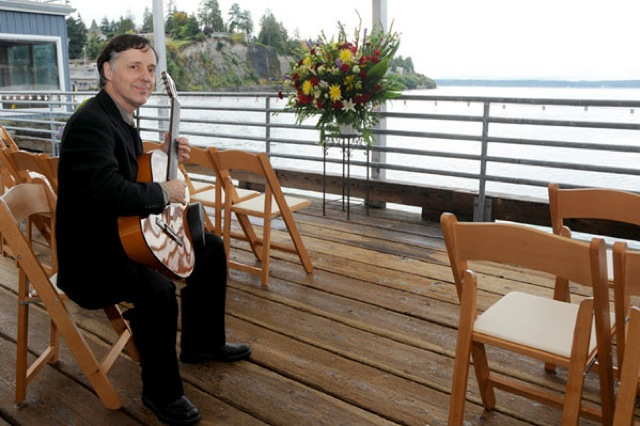 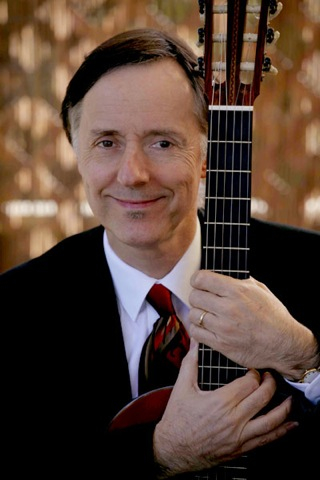 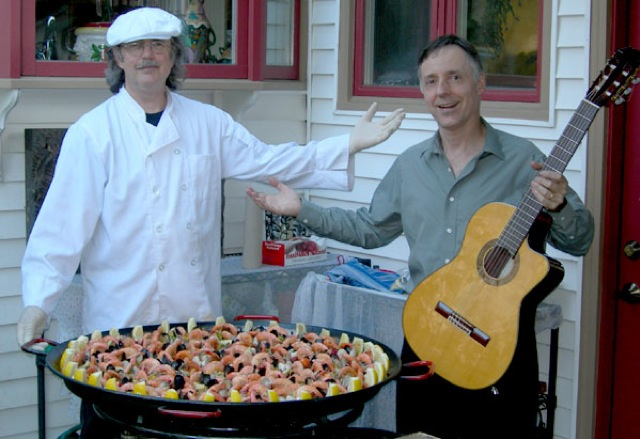 with the Paella King 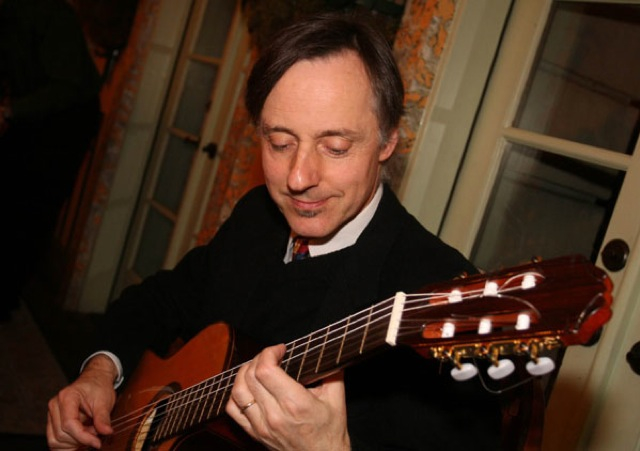 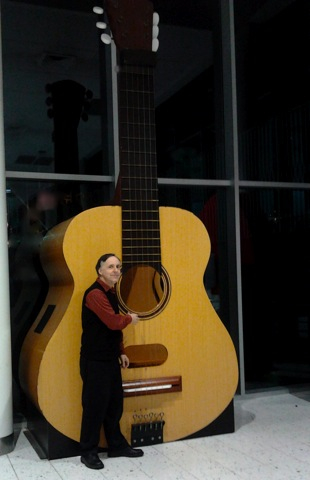 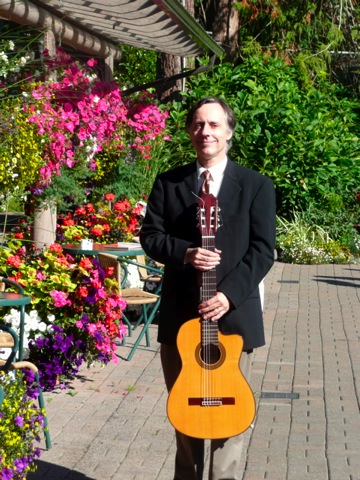 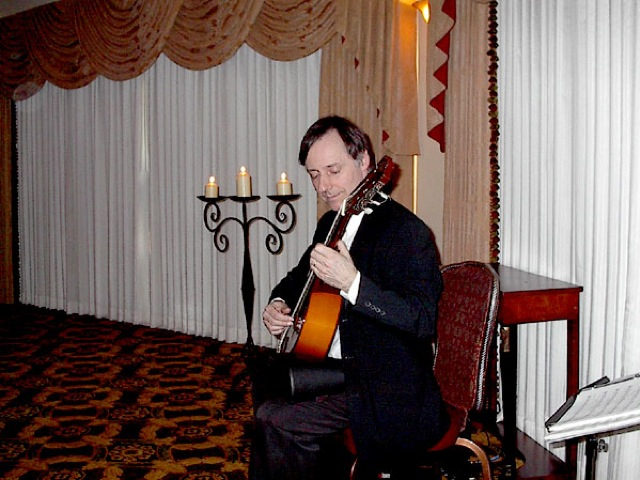 at the Sorrento Hotel

Experience: Classical guitar studies with Guillermo Fierens (a student of Segovia), years of performing experience, including four years at the Hyatt Regency, the Columbia Tower Club, Hollywood Schoolhouse, the Willows, and on CD recordings. Julian has performed at hundreds of weddings and events.

Julian recently played at the annual garden party for our donors and couldn't have been more perfect! He was so great to work with, professional, timely, flexible, and attentive to our needs. He is a talented musician and chose all the right music to entertain our guests but to also blend into the background for optimal ambiance. I couldn't be happier with our choice!

Mr. Catford played for our daughter's wedding ceremony and cocktail hour. He graciously learned and played the songs she and the groom requested for the ceremony. Words are insufficient for how great he played--it was beautiful! Because the venue was new to him, he arrived earlier than contracted and played lovely selections that calmed our vendors while they prepared. He selected appropriate music for the cocktail hour as well. He is talented, respectful, and very professional. Our guests really enjoyed the music; we highly recommend him--he will not disappoint!

Julian’s music was the perfect compliment to our evening! He arrived on time, was professional and accommodating. Highly recommend, you will be thoroughly delighted with his talent.

Thanks Suzanne - Congratulations on your anniversary again!
It was great to play for you and your guests.
Julian C

Julian was wonderful to work with and a beautiful musician.

So easy to work with....and definitely added a lovely touch to our event.

We were extremely happy with Julian and his extensive playlist that worked perfectly for our Dia de los Muertos event. He worked with us in advance to plan the event, arrived early to setup and played an amazing playlist of music throughout the evening. We will ask Julian to play future events for us and would highly recommend Julian to anyone looking for an outstanding performance.

Thank you Shawn, it was a pleasure to play for you and everyone there.
I got a real feeling of community.
I look forward to working with you again in the future.
All the best, Julian C

Julian’s guitar music was soothing, melodious, never intrusive, and provided the perfect backdrop to a warm, dry, wonderful
evening on the water at The Center for Wooden Boats. He performed for my husband’s birthday party. His selection of music would appeal to most tastes, and he helpwas easily able to satisfy specific requests. Julian was very pleasant to work with, very communicative, and we highly recommend him.

We hired Julian to play recently at an exhibit opening for the Institute of Classical Architecture and Art, Northwest Chapter. He was very easy to communicate with, and required very little explanation of what our objectives were beyond, "Beautiful, mood-enhancing classical guitar." He arrived on-time, well-dressed and brought with him some small yet quite ingenious amplification equipment that was easy to set up and filled the space with gorgeous, well-balanced sound that was not at all overbearing. I would recommend Julian to anyone planning a similar event.

Thank you Adrian, it was a pleasure to play for you and everyone at the ICAA art exhibit opening. Wonderful paintings and I liked seeing what Hyde Park Mouldings does. Really nice.

Julian performed for our holiday dinner party and was outstanding. He is a talented musician with a wonderful playlist. His professionalism allowed me to focus on other party planning needs with confidence that the music would be great. He contacted me in a timely way to discuss details, he knew exactly what was needed for a successful event and he took the initiative to contact & work with the venue. I would certainly work with Julian again.

Studied classical guitar with Carlos Barbosa-Lima and Guillermo Fierens (a student of Andres Segovia). Recently attended master class/workshop with guitarist and composer Maximo DIego Pujol on Argentine Tango and Milonga, and prior to that with Argentinean guitarist VIctor Villadandgos as part of the Sierra Nevada Classical Guitar Festival, and studied and performed with Brazilian musicians Arnaldinho do Cavaco, and Hamilton De Holanda.

Julian has performed in Mallorca, Spain, Scotland, Tahiti, and Mexico, and appeared as a guest artist on television. He has accompanied Rosemary Clooney and Cab Calloway.

He has performed at most of the Seattle areas best hotels and event venues, and has worked for years with many of the areas wedding and event planners.

He is adjunct faculty of guitar at Seattle Pacific University. Search for him on the internet.

Recorded his own CD Sonoroso, with Julian Catford Trio on Northwest Passage CD, a band member and composer on the latest CD by French group Rouge - Cafe Bonbon, and as guest artist on Skye Cantrell's CD - Blame It On My Youth, jazz vocalist Lincoln Briney's CD - Five, recorded with saxophone great Freddy Greenwell, and on vocalist Janis Mann's CD - A Little Moonlight, and as accompanist on Isaac Azose's CD - Ladino Reflections, and on Linda Capaluto's Galanica - Ladino Romanzas .

I use a Bose Compact amplifier which is small but distributes the sound without being loud in front. It is very high quality and has a small footprint and looks nice.

For large events I add a powered speaker with or without a tripod.