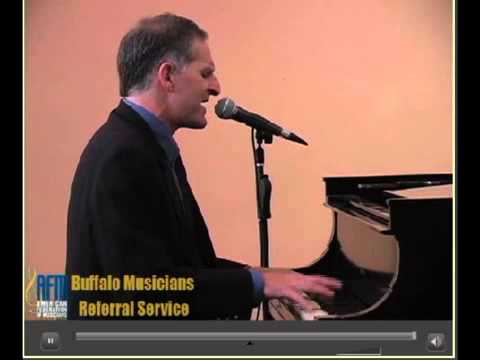 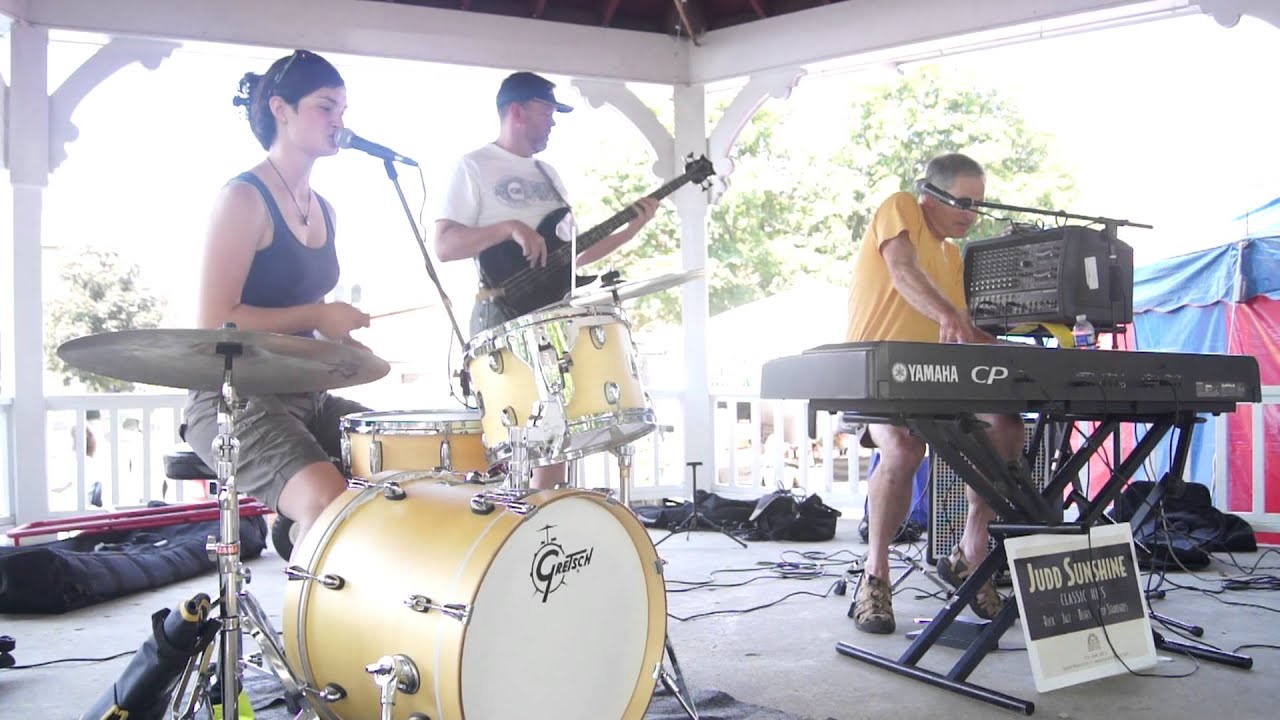 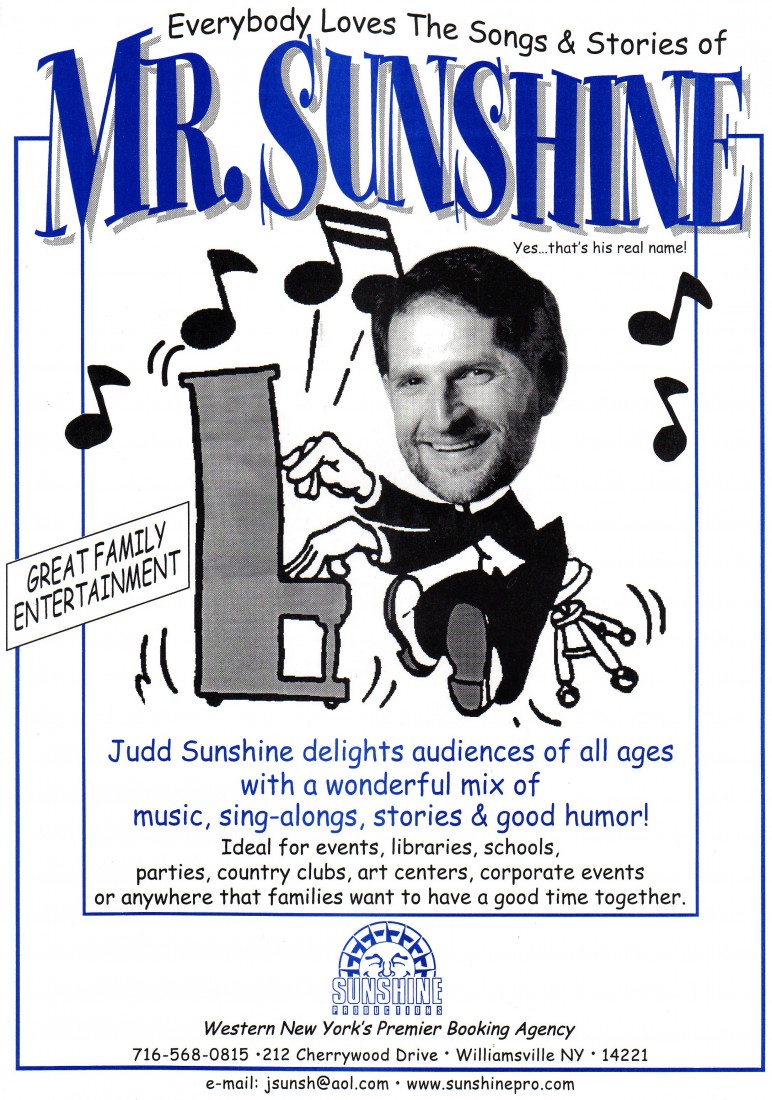 Judd Sunshine is a pianist and vocalist with over 25 years of experience as a professional musician and entertainer. An extensive repertoire of well-known popular music from the 40's to the present as well as special styles such as children's music, jazz standards, classic rock, blues, country, and bluegrass music makes him the perfect fit for any occasion. Judd will work as a soloist or as the leader of a duo or larger ensemble to add even more versatility. Judd's business, known as Sunshine Productions can be an excellent resource for other types of entertainment as well.
Professional, reliable, flexible, and experienced!

Judd is amazing to work with. I contacted him with very little lead time for a corporate Oktoberfest event, and he was able to find me a wonderful band. Judd went out of his way to make sure I had what I needed, which was very much appreciated. The band was a huge hit, and my clients were thrilled. Thank you Judd!

And thank you Jill for your kind words and for entrusting me with booking entertainment for your event. Please keep me in mind for future events.

A perfect edition to a party

Thank you Ann! It was great performing for you and meeting your family.

Judd is very personable, interacts well with the audience AND is a geat musician.

And I thank you for your kind words!

Judd Sunshine made for a perfect night at my husband’s 50th birthday party! He was so fun, an excellent piano player and a wonderful entertainer! He offered to play any songs we wanted and kept the crowd dancing and singing the whole time! He was so friendly, accommodating, and enthusiastic. He traveled to our home in Rochester from Buffalo, was prompt, reliable and easy to work with. Highly recommend him for any fun event!! Wonderful guy and awesome event! Thanks, Judd! 🌟

Hi Paula and thank you so much for your kind words! It was my pleasure as well working for you and entertaining your guests...

Judd was a surprise for my 50th birthday! He entertained at our house and played all kinds of tunes on our piano--dinner music, dance music, sing-along tunes, even a few Irish classics! Our guests had a fantastic time and loved the entertainment and humor! I'd highly recommend Judd for your next event--fantastic!

Thanks Jay - it was great to meet you and your guests!

Judd played for us for a party of about 80 people held outdoors during the summer under a tent. His playing fit in with the crowd perfectly -- enough volume to entertain but not to overwhelm conversation. His musical choices were just right for the occasion. He has a really large repertoire -- and he has a really good voice. Judd is a nice person to deal with. Reasonably priced, shows up early, plays late, is kind to the audience, and is a pleasure to do business with.

Thank you Deanne for your kid words. It was a pleasure working with you - I appreciate your business and your hospitality!

Judd was very entertaining and engaging with the audience. The residents sang along with Judd for the entire show and there smiles everywhere.

Thanks Karen for taking the time and offering your feedback! I had a terrific time the other night and look forward to seeing you and the gang next year!

The performance at St Luke Health Services in Oswego, NY was huge hit with residents, families AND staff! You were born to perform Judd!!! And, thanks so much for a grand afternoon~~~~

And thank you for your wonderful words! I had a great time with everyone that day and I hope I have the chance to return. Thanks again!

Judd Sunshine is one of our residents' favorite performers. No matter what the season, he is always ready with timely entertainment and puts on a 'really good show'. Judd performs at Heathwood several times each year and the residents never tire of his showmanship.

Judd Sunshine is a true entertainer! He performed for the residents at our assisted living facility and every one of us (staff included) had a smile on our face. The residents are already asking when we can have Judd come back again!

Thanks Ali for your kind words - I had a great time as well - I look forward to coming back!

Judd's performance for our Summer Reading program was engaging, energetic and entertaining for a wide range of ages~ kindergarten through sixth grade~ plus the adults! Looking forward to next year's performance!

Just what the parents ordered

After 60 years of marriage our parents know what they want. That includes live music at their anniversary party. Judd Sunshine and his quartet fulfilled the desire to entertain our guest with tunes from 6 decades ago to the present. Everyone had smiles on their faces as a result of the bands excellent renditions of past hits.

Joe - Thank you so much taking the time to post this review and thank you for including my band at your parents' celebration!

Lively, Entertaining and So Talented!

Excellent! Judd Sunshine came to the senior living facility where I am the activities director. He was fabulous! Everyone loved his upbeat personality, his sense of humor, his song choices and his talent! He seemed to know just what songs to sing and he even included some sing- alongs, which the residents loved. Afterwards, he mingled a bit with the residents which made them very happy. They were able to tell him how much they enjoyed having him there. They want him to come back soon!

Hi Rhonda - thank you SO much for your kind words! Looking forward to seeing you and "the gang" again in the future...

I have received nothing but compliments for find Judd Sunshine! He was able to provide entertainment without overtaking the dinner party. Yet, when we wanted to make requests, he was able to accommodate. When the dinner was over and the party shifted, he was completely entertaining! Judd was also very versatile in the the music he could play. There was something for everyone!

Thank you very much for adding so much fun to our party!

And thank you again Jackie for having me and especially for your kind words! I hope we have a chance to work together again in the future...

This was our first time with Judd and he did a fantastic job! He played a nice mix of music throughout the party and got kids up on the dance floor with fun movement songs. Judd has a pleasant personality and we look forward to working with him again in the future.

Dear Sandra - thank you for your kind words! It was a wonderful party and you folks do a terrific service for your students and their families. Have a great holiday season, one and all!

I assess each performance situation and treat them as the unique circumstance that they are. But you can ALWAYS expect me to dress appropriately, start and finish at the agreed-upon time, and maintain a high level of professionalism throughout.

Versatility is the key! I can perform as a soloist or as a bandleader - presenting well-known classic hits from all eras. I have no problem with quiet background music or entertaining a crowd with a concert. All ages - from kids to seniors have enjoyed my performances and I take great in the fact that I have been a professional musician and entertainment contractor for decades.

Judd Sunshine-Bio
Judd Sunshine was born on Long Island into a family of musicians so music has always been a part of his life. Clarinet and piano lessons began in grade school and continued throughout his school years.

At age 15, Judd taught himself the bass guitar. Numerous high school ensembles later, an introduction to bluegrass music inspired a switch to the string bass. This change led to his first real full-time "gig" in the business, an 8-year stint with Buffalo's "legendary" Pointless Bros. Band. This group still performs approximately 6 times a year.

In 1984, when The Pointless Brothers stopped performing full time, Judd accepted an offer to play electric bass with an oldies band called Baby Boom. In 1985, Baby Boom regrouped, dropped the baby, Judd switched to keyboards, and the band became The Boomers. With the recent addition of daughter Jamie Sunshine on drums and vocals, The Boomers (or Buffalo Boomers) are still an active, professional unit, performing all types of music, all over the region at weddings, country clubs, events, parties, night clubs, etc.

Also in 1985, Judd began performing in schools with The Hill Brothers. This group performs over 200 character education, literacy, and multicultural assemblies a year throughout New York, Pennsylvania, Ohio, and New Jersey
In 1993, Judd began an 8-year stint performing at schools as the character of “Mr. B Drug-Free," an anti-drug show featuring Buster Bison.

In recent years, Judd has performed numerous shows as a soloist or as a duo featuring his daughter Jamie, an accomplished percussionist on percussion and vocals. Solo performances at family concerts (“Mr. Sunshine”), assisted living and senior living centers, libraries, etc. all contribute to a full-time career as a professional musician.

In December of 1986, Judd created Sunshine Productions, his own talent and entertainment booking agency that continues to provide musical entertainment throughout the region.