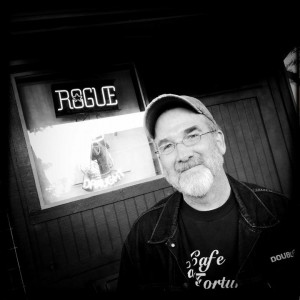 I am an acoustic troubadour who also sings and plays bass in two San Diego bands. In the past 30 years I have performed over 1,000 gigs as a musician and DJ. I know hundreds of cover songs from the classic rock era—and I am a quick study re: new material. I also write and perform original material and have collaborated with Peter Case, Mike Keneally, and Wondermints. I am a masterful mobile DJ with over 200,000 songs in my library. I am an award-winning author (Encyclopedia Walking: Pop Culture & the Alchemy of Rock 'n' Roll), and Grammy-nominated producer with over 240 syndicated radio programs to my credit. I love music and I love to share my passions. Let's plan your next event...

Be the first to review Jon Kanis

Price Range: $150 per hour plus expenses

About me:
I am a 55-year-old musician, producer, composer, disc jockey, artist and writer…in short, a Renaissance man. Born and raised in the Washington, D.C. metropolitan area, I have spent the last 36 years calling San Diego, California my home. I am passionate about all areas of the arts and metaphysics. I love to travel and meet new people and I relish a good creative challenge. Do you need a collaborator or organizer? Someone to assist you in completing a project or to transform an event with music and positive energy? Well, look no further…

Performance bio: I began singing and performing in public at the age of twelve in Arlington, Virginia and fronted my first rock and roll band at sixteen. As a solo acoustic troubadour I have performed over 1,000 gigs in the last 30 years throughout the world. I have traveled the continental United States over thirty times and have taken ten trips to Europe performing in theaters, bars, nightclubs, cafes, pubs, living rooms and terraces throughout the Netherlands, Britain, Wales, Sweden, Norway, Denmark, Germany, France, Czechoslovakia, Austria, and Spain. I sang and played guitar at 18,250 feet elevation on Mount Kailash in Tibet in June of 2000 and I enjoyed performing for the locals in Peru & Bolivia that same year.

I am also well versed as an electric bass guitar player and I perform and sing in a number of San Diego outfits including Sgt. Petty's Lonely Heartbreakers Club Band, ADD/C, and Listening To Rocks.

I have also performed as an actor in a couple of local community productions and in the street theatre comedia d’ellarte improvisational comedy group The Fault Line Players.

For an over-the-top comprehensive experience of EVERY gig that I have performed as a musician, artist, actor or production crew member – or, witnessed as an audience member I suggest perusing The Gig List which can be found under the BIO heading of my blog.

I would like to emphasize that my knowledge and experience of music in general is extensive; I have over 150,000 song titles in my audio library, I have DJ’d hundreds of parties and corporate events over the past 20 years and I am very much a walking encyclopedia when it comes to the popular music of the 20th Century—hence the name of my two-volume anthology of published writings Encyclopedia Walking: Pop Culture & the Alchemy of Rock 'n' Roll.

Industry Qualifications:
Producer & Host of 240 weekly three-hour radio programs [State Controlled Radio].
Producer & Director of The American Folk Blues Festival Volumes 1-3 DVD/CDs.
Producer of Soul To Soul DVD/CD.
Producer & Director of five short films on the history of American Rhythm & Blues that are on permanent exhibition at The Stax Museum Of American Soul Music in Memphis, Tennessee.
As a Musician have performed over 1,000 gigs over the past 30 years.
Musician, Composer & Producer for dozens of commercially released recordings.
Participant in several group exhibitions with multi-media visual artwork.

Songs performed by Jon Kanis [as of Summer 2012] 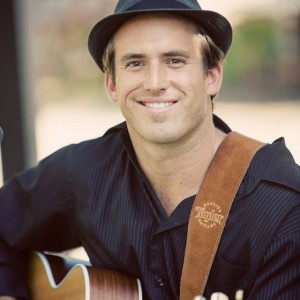 Megan W. said “Ryan is a talented musician and a pleasure to work with - highly recommend!” 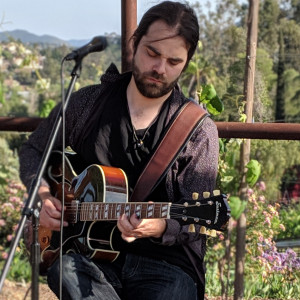 Erika W. said “You guys were amazing. We will definetly contact you for future events. Thank you so much for coming out. The trio was great!!!”