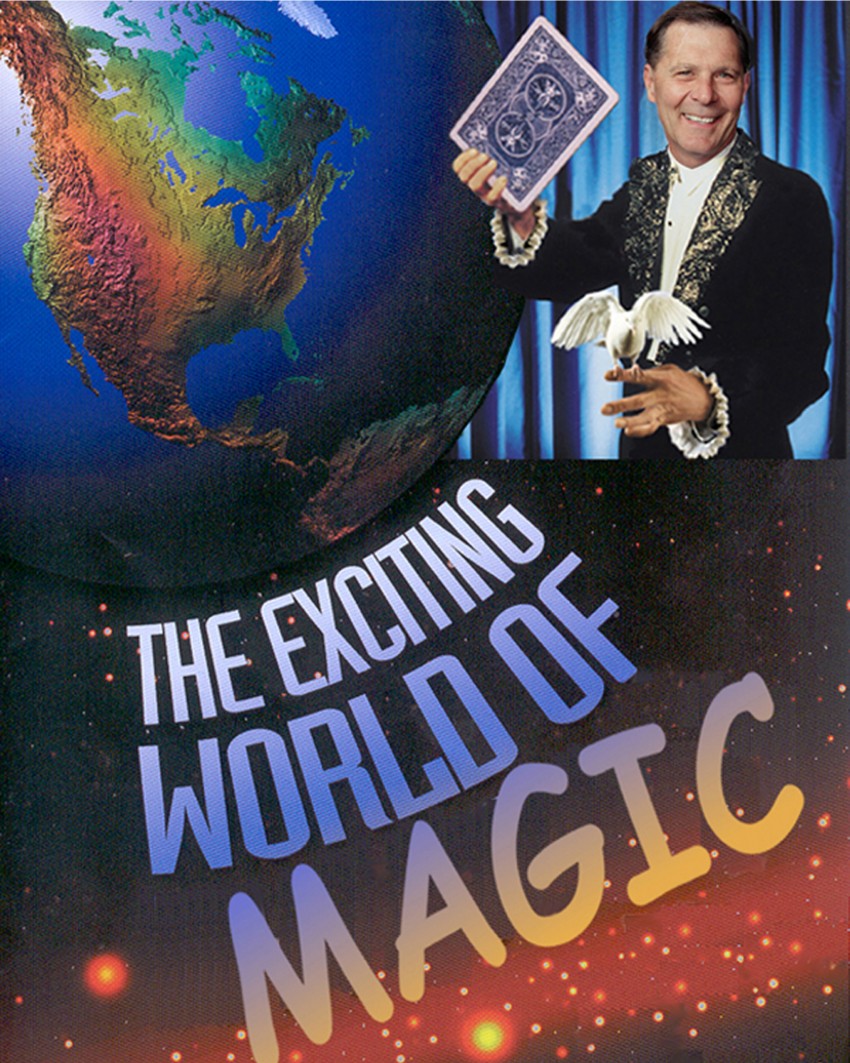 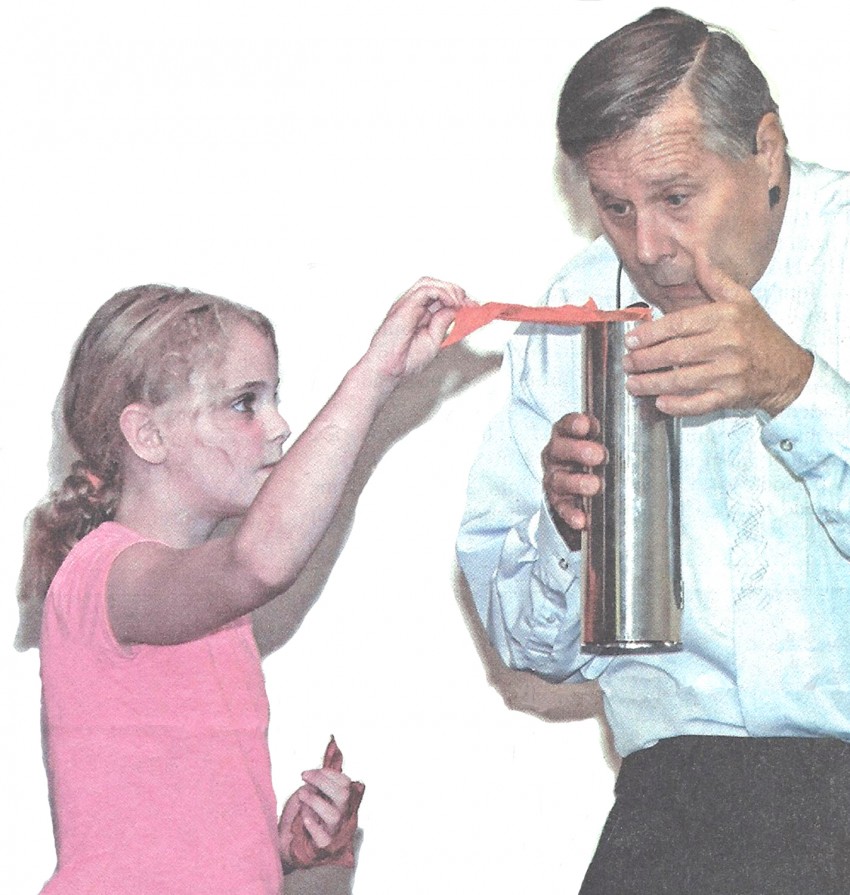 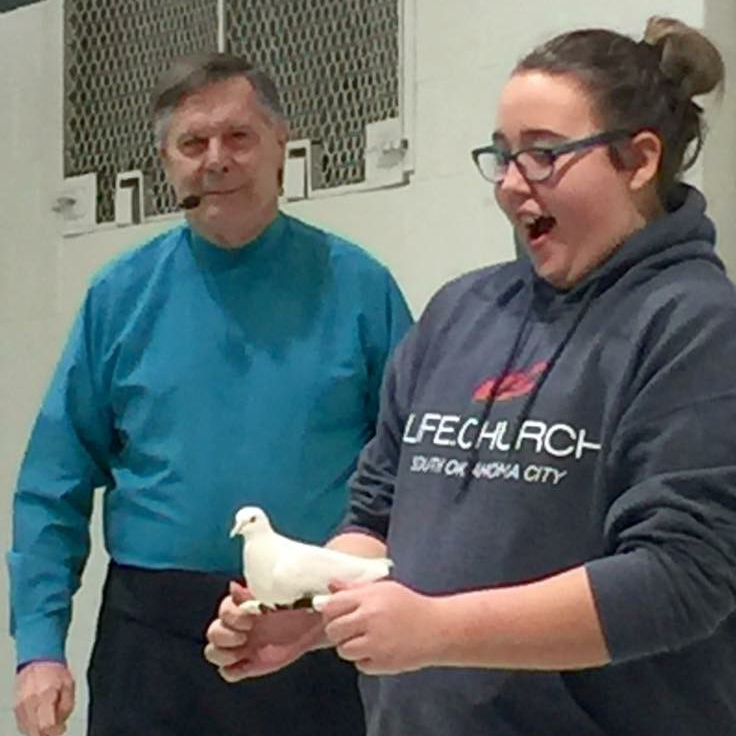 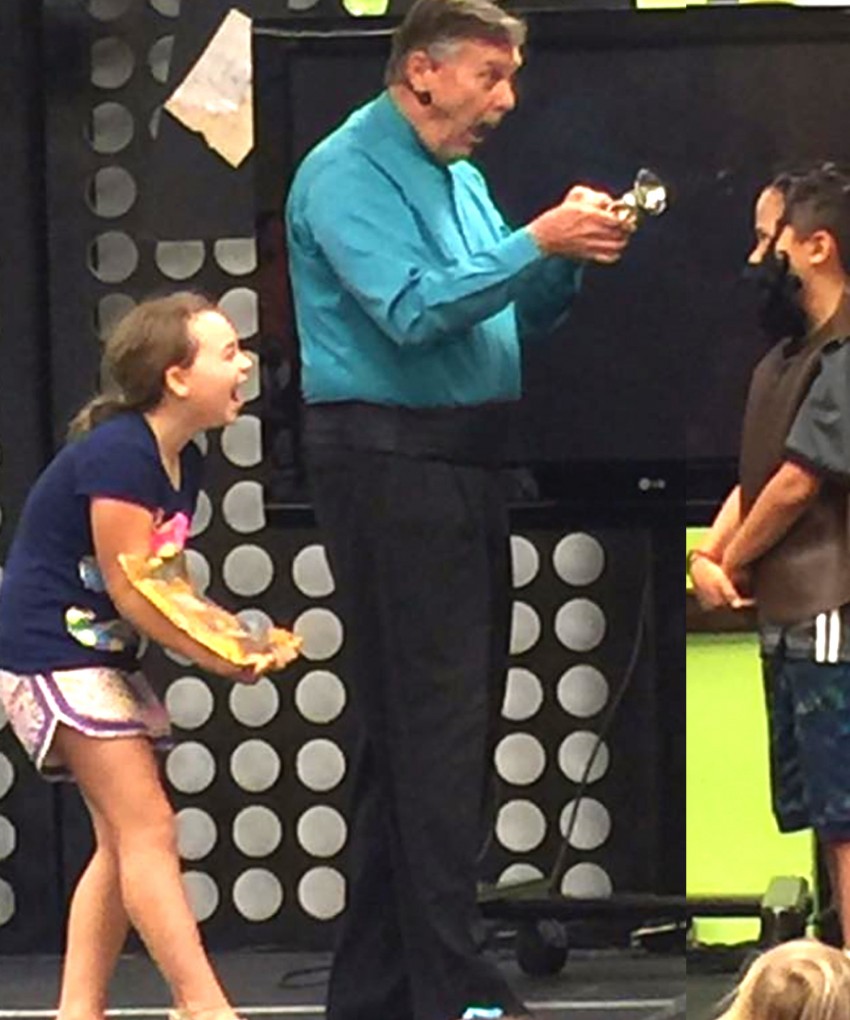 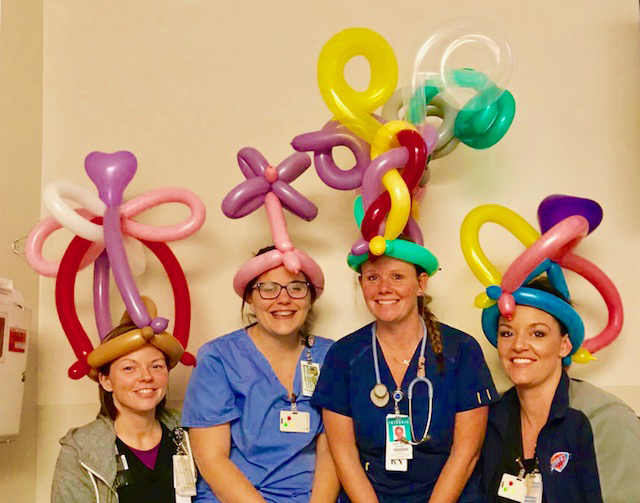 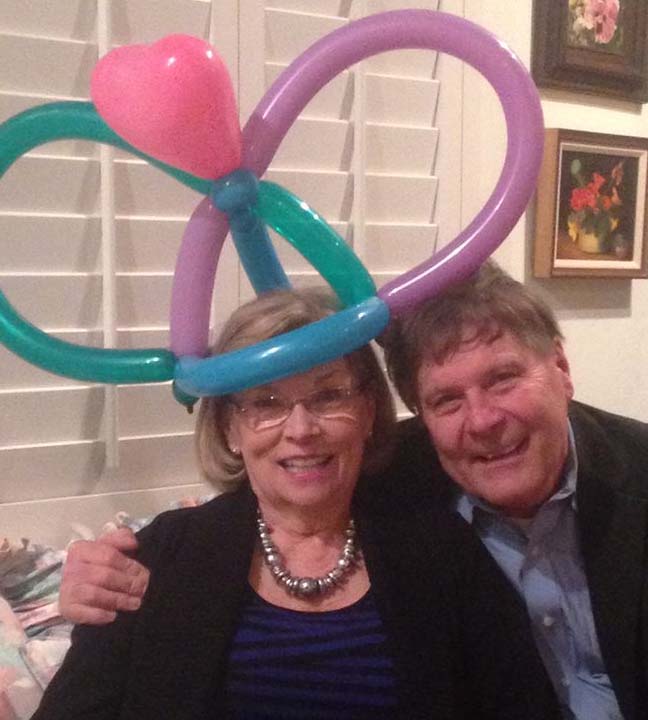 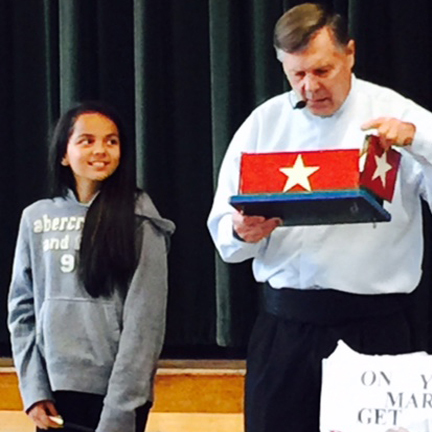 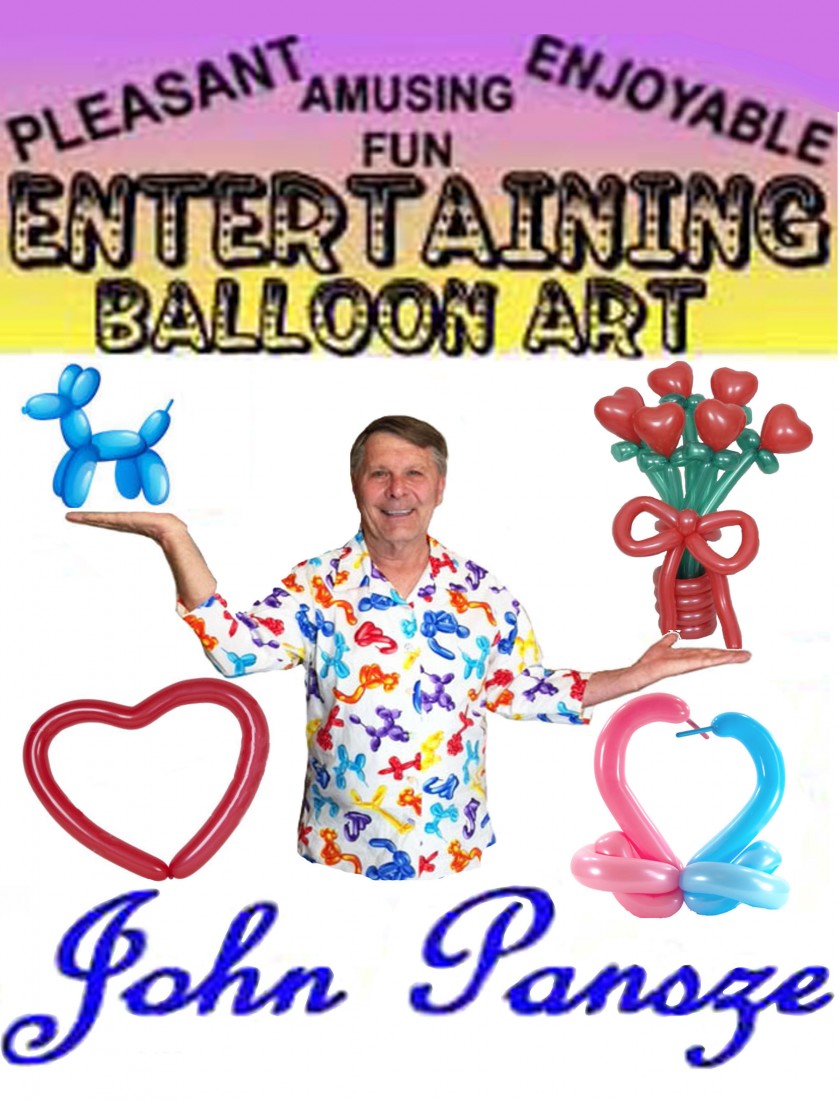 I have been specializing in performing as a Professional Comedy Magician since 1976 and as a Balloon Artist. I have worked in a variety of settings, including numerous special events. I can design a performance tailor made for your needs, if desired. I would welcome an opportunity to provide entertainment for you. Take your event to the next level by adding comedy, amusement and an interactive stellar Magic Show and Balloon Art filled with fun for some lasting memories.

John was great! He made the residents laugh and talk out for days. He definitely a charismatic man. I look forward to hiring him again.

John was prompt and continued to make as many balloons for the kids as requested. I will for use him again.

John did an outstanding job with the little kids and adults!!! Everyone was happy with their balloons!! He was great!!

John was great, went above and beyond at our party. Will definitely use in the future!

Great and polite children.
Always a pleasure working with children and adults that are appreciative of my professional entertainment qualities.
SUCH FUN- AND FULL OF GREAT MEMORIES.

Testimonials
Desk and Derrick Association: I have never been a “fan” of magic tricks or magicians. The entertainment that he provided that night was WONDERFUL. It wasn’t at all what I was expecting. There weren’t the basic magic tricks. Instead, we enjoyed interaction between magician and audience. You made us feel a part of the entertainment and not just observers. -- Cathy Roark

Resurrection Lutheran Church: Mr. Pansze has provided entertainment for Resurrection Lutheran Church and many members of the community in the capacity as a entertainment magician. The audience was made up of adults and children of all ages, but a majority of the audience was adults. Even with a large age spread and the limitations of our location, John was able to entertain and mystify all of us. He left us all wondering, “how did he do that”? -- Pastor, Alan Fox

Professional Magicians of Oklahoma: John, I specifically want to thank you for your performance. You set the standard for professionalism by your dress, mannerisms, presentation, and total demeanor. Not only was your performance superb, but your ability to handle very difficult volunteer assistants was outstanding. And all of the time, your love for people is evident, along with your love to make people laugh and forget their personal problems. --- Charles Pruitt, secretary

City of Kingfisher: Our employees had an enjoyable evening and are still talking about it. It’s not often we can please everyone, but this time we came real close, as I have heard nothing negative. In this day and time it is truly amazing to find entertainment that is fun and all clean fun. Our elderly retirees stayed for it and that is the first time that has happened. --- H. Jean Shults, city clerk

Muskogee High School Reunion: My group all agreed with one of our members when he said: “The show was slightly above excellent!” --- Janey Boydston

United States Postal Service: Mr. Pansze is an excellent entertainer with an audience that responded with great pleasure. I truly enjoyed Mr. Pansze’s performance; “He had the audience on the edge of there seats with suspense and at the same time had them rolling with laughter”. --- Virgil Cosma, Manager, Customer Service

Works & Lentz, Inc,Tulsa: Dear John, I wanted you to know that our employees thoroughly enjoyed the magic show you provided during our Christmas party in Tulsa. We employ about t 80 people and 136 [including guests and spouses] attended the Christmas party. Your show had universal appeal to entire range of ages [late teens to mid seventies] of our staff. Many of our employees came to me during the party and the next week at work to tell me how much they enjoyed your show. The universal response either spontaneously at the party or pursuant to my inquiry was that your show was the best entertainment they could remember at any of our Christmas parties. Thank you for your contribution to the success of this year’s party.
--- Harry A. Lentz, Jr., Attorney at Law

Waurika Public Library: I am pleased to be able to write this letter of recommendation for Mr. John Pansze, the magician. His recent performance in both a public school and city library setting proved he has experience in working with large and small crowds of children. Mr. Pansze provides an excellent performance for a variety of age groups. His show is clean and professional and he was able to adapt his performance to fit the theme of our programming. Besides putting on a wonderful show, Mr. Pansze was available for any questions or concerns prior to his performance and was flexible on scheduling. I am therefore very pleased to recommend him to others who are looking for a magician that is sure to delight a crowd.
---Amy Watkins, Librarian

Grady County Fair: I called John Pansze to help with our Children’s Event Tent at the 96th Grady County Free Fair in Chickasha. John found that our date was open for him and contacted me within a few days. He remained in contact with me all through the summer so I was never in question whether he would show or not. John service is very professionally administered. He is on time and open to changes, this is a very positive thing for a county fair. As John Pansze the magician, he was a very well received by the kids and used audience participation throughout the show. His humor was appreciated by the adults in the audience as well. John also tied balloons for us all three nights of the fair. He always had a long line of people wanting his products. Notice, I didn’t say long line of kids, that’s because he tied for as many your adults as he did the children. They just loved him !!!! We would love to have him back. --- Nancy Pearson, Activities Assistant

Western Plains Library System: We had the pleasure of using both his magic and clown acts. I have been extremely pleased with the quality of his programs. John is one of the best performers I have scheduled in my time at Western Plains. I greatly appreciate not only the high energy and passion he brings with him, but also his emphasis on the library and library resources. At all of his performances he has promoted the Summer Reading Program and helped encourage children to enroll in our reading challenge. I look forward to inviting John back to our libraries. He captivated young children and adults alike for a true family event. ---- Mike Hull, Public Services Coordinator

96th Birthday Party: John Pansze, YOU were wonderful as “Deputy Du-Dah”. at my Grandmother’s 96th birthday held at Fountain Assisted Living Center in Midwest City. The residents received YOU very easily, and my Grandmother was thrilled to be such a “star” that day! My family was very impressed with the party fun, especially YOUR part in “Ballooning” everyone with animals. The residents are still talking about YOU, and some still have the balloon hats in their rooms! Keep up the good work, and keep in touch! Thank you so much! --- Felicia Lucas, LPN

Blanchard Public Schools: I am pleased to write a letter of recommendation for magician, John Pansze. He performed at Blanchard elementary before a crowd of 575 students, from grades pre-kindergarten through third. Mr. Pansze arrived on time was ready to receive the group at the appropriate time. He appeared well groomed and maintained a level of professionalism while in our building. Mr. Pansze did an excellent job in engaging the students while maintaining control of the entire group throughout his presentation. The children were well entertained and continued to show a high level of interest with each trick. His performance was enjoyable and I would recommend Mr. Pansze in the future. ----Donna Edge, principal

Ada Public Library: Magician John Pansze has been a very popular performer for our summer reading program. John is a talented magician able to relate well with audiences of all ages using humor and interactive routines. Not every performer can hold the attention of 200 children aged 3 and up, but John does admirably. John is an accomplished performer arriving well in advance of performing, and providing support material for promotion of his programs. I highly recommend him to any library wishing to present quality programs for children or the entire family. ---Janet Lee, Librarian

Heronville Elementary: John, YOU ARE ABSOLUTELY AMAZING ! ! ! The rapport that you had with the 3rd graders at Heronville Elementary was outstanding. Of course, the magic tricks were fantastic! You are just what the doctor ordered after a long week of student testing. The students LOVED you as well as the staff. THANK YOU so much for sharing your time and talents with my favorite students. Your friends
---Bonny Green, Friend