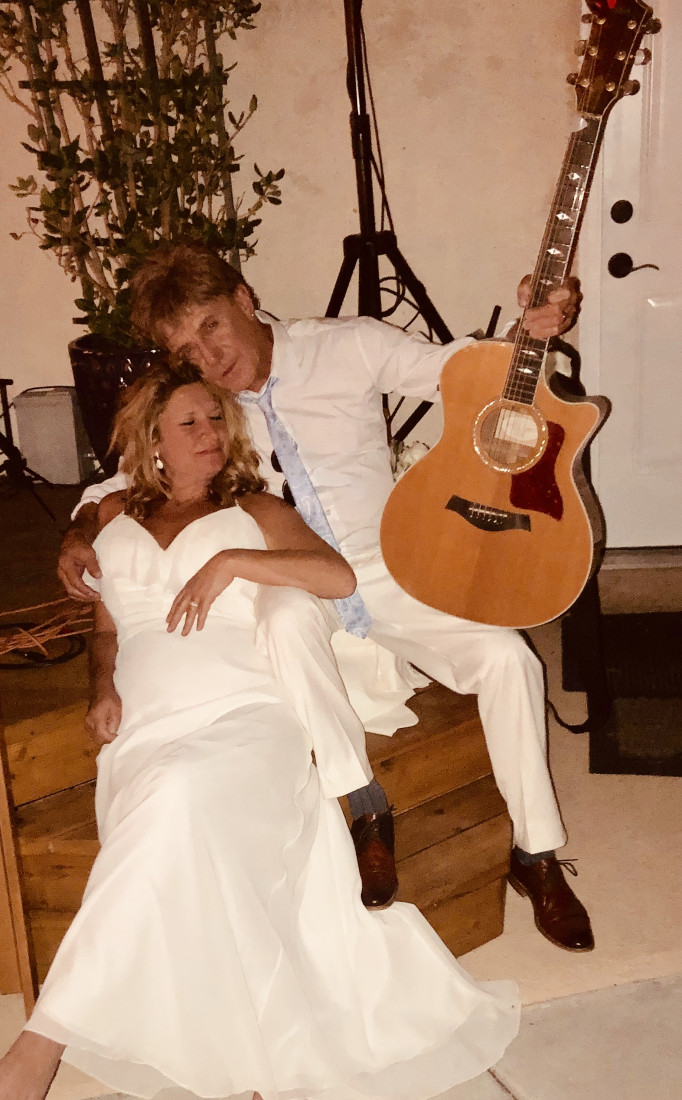 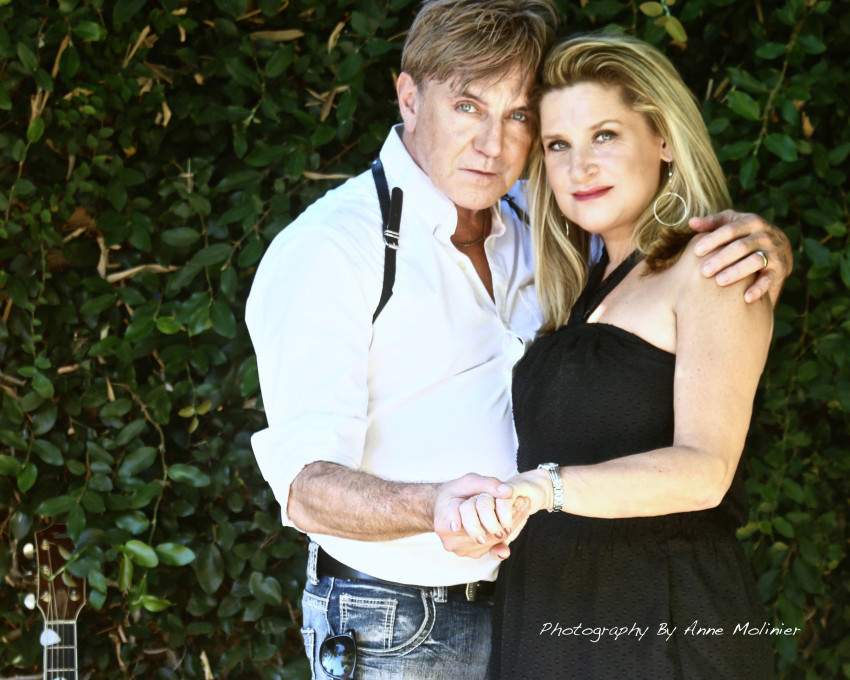 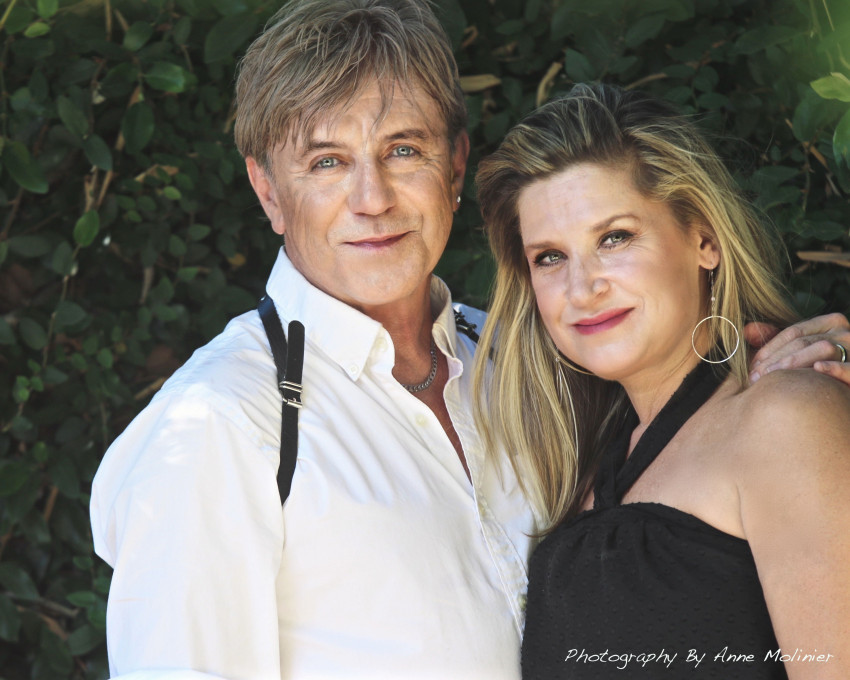 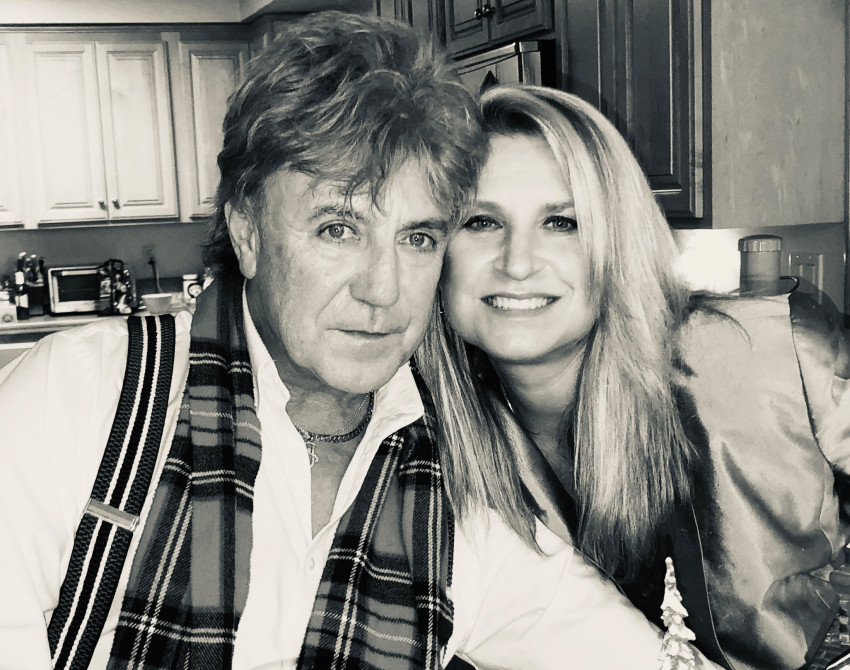 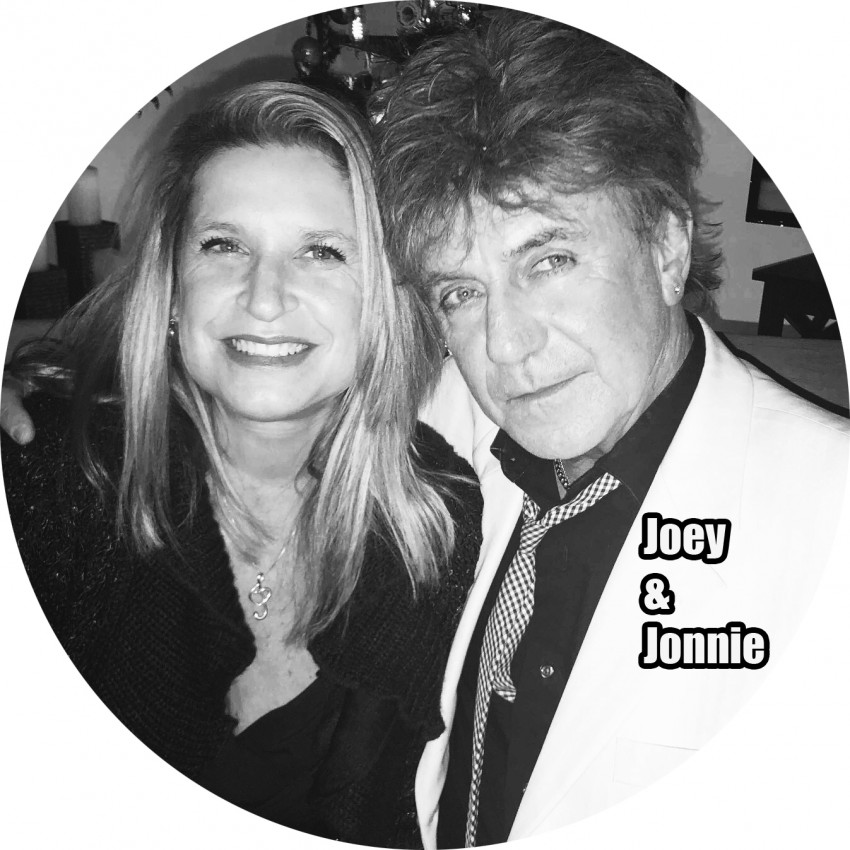 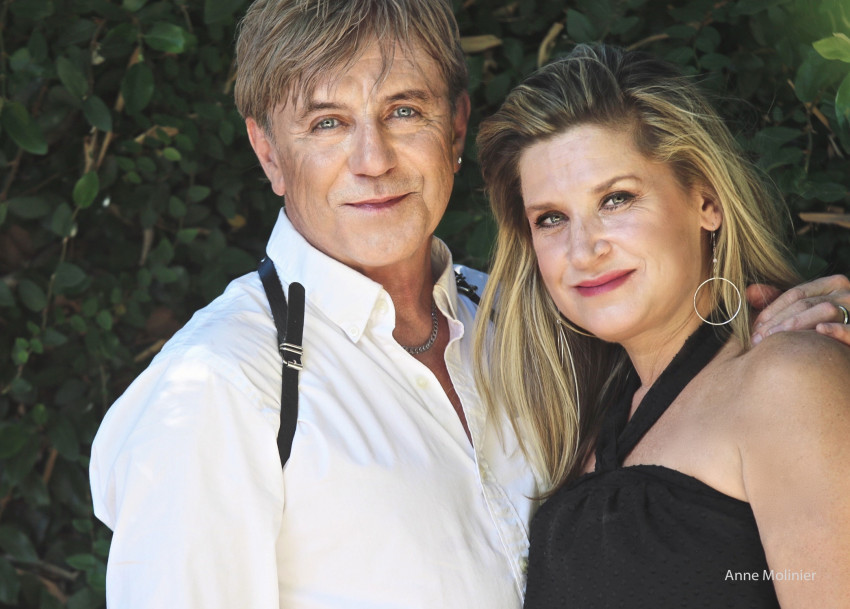 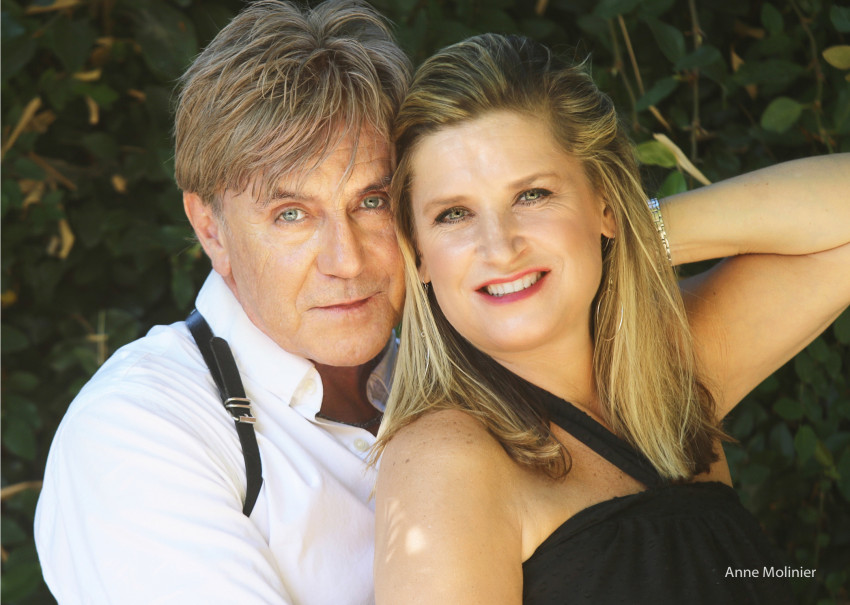 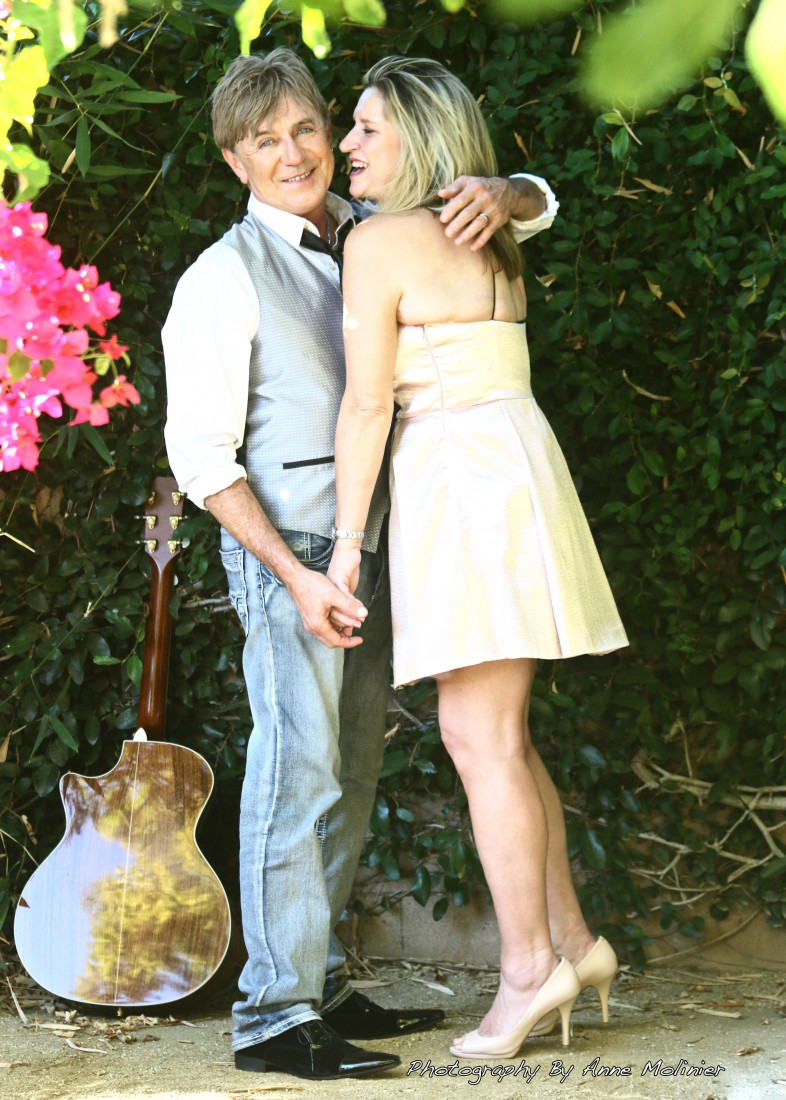 We perform a duo act utilizing acoustic guitar and/or piano as well as full band playbacks, all depending on the needs of the client. We both sing lead and harmonize. If you're a fan of Neil Diamond, Rod Stewart, Paul Mc Cartney, Barbara Streisand to Bonnie Raitt and everything in between, we are the band you're looking for! Also, check out Joey and Jonnie's tribute site.
Don't forget we love to take song requests if you have a favorite we will learn it. If there is a style or theme you desire, we can tailor our show for you.
Themes: Top 40, Jazz, Blues, Standards, Motown, Oldies, Country

Be the first to review Joey and Jonnie

A Vibrant Professional Duo With Years of Live Experience. Entertaining and Captivating Vocal Performances from Hits of the Past and Current.

Because we both sing lead and harmonize, we cover a vast number of artists and songs. We tend to gear our performance and song choices to the clients needs.
As a duo;
we perform renditions from Sonny and Cher, Neil Diamond and Barbra Streisand, Joe Cocker and Jennifer Warnes, Bill Medley and Jennifer Warnes, Nat King Cole and Natalie Cole, Diana Ross and Lionel Richie to name a few.

Jonnie has his own Neil Diamond and Rod Stewart tribute act, but also sings a lot of other classic hits of yesteryear and current hits.

ABOUT THE ARTISTS:
Joey and Jonnie began writing songs together over the internet before they ever met. Jonnie challenged her to collaborate on songs for various upcoming film and TV projects and was blown away by what she produced. They eventually met, fell in love, and got married! They continue writing and recording and have over 30 original songs under their belt in just a few short months. The pair have enjoyed performing regionally as a duo. Joey recently joined Jonnie on stage singing as Barbra Streisand, on one of Jonnies Neil Diamond tributes.

“LOVE SPARKS” is the first collaborative CD by this dynamic duo team. They have released four singles from the album, that are for sale on iTunes, Amazon, and Apple Music. Their fifth single is set to be released this October 2019. TBA.
"We have been getting ourselves out there so people can find us online. We just launched our website (link hidden) and are also on sites like Facebook, Spotify YouTube, iHeartRADIO, Apple Music and Amazon. We absolutely LOVE to Entertain and look forward to meeting you!" - Joey and Jonnie

ABOUT JONNIE:
Jonnie is a Multi-Instrumentalist, born and raised in England. He is a prolific Writer, Producer, and a Voice/Music Teacher now based in Los Angeles. He has 5 previously released CD’s and owns a publishing company, Enclosed Music.LLC. He has worked/trained/shared stage with many top performers such as Knight Ranger, The Black Crowes, Lita Ford and many more. He has a passion for teaching and teaches music and voice at various elementary schools throughout Los Angeles as well as private lessons. Jonnie also performs a solo, duo, and band tribute shows across Southern California as Neil Diamond and Rod Stewart.

ABOUT JOEY:
Joey Lindly is an eclectic singer and songwriter born and raised in Oregon and Southern California. She has spent much of her life in Wyoming, Colorado, and Hawaii fine-tuning her craft in songwriting and vocals. The love she has for Bluesy Rock, and Alternative Country is relevant in her works. She has performed at music festivals where other artists also performed such as Etta James and the Roots Band, Gov't Mule, and Susan Tedeschi to name a few. She decided to venture back to California to promote the album she co-wrote in Hawaii when she collided with the love of her life, now husband, and songwriting partner Jonnie Dunmore Sinclair. They are excited that their album, “Love Sparks” is getting a lot of attention and airplay, as it is truly a labor of love. They plan to continue their collaborative passion for music.

OTHER COVERS;
Unforgettable
The Way we Were
I got you babe
Rose the
Fire To The Rain
Give me One Reason
Halleluiah
Up where we belong
Help me make it through the night
Daniel
I can see clearly now
Bye bye love
Peaceful easy feeling
Green green grass of home
What A Wonderful World
They don’t make em like that anymore – (Original)
Lying Eyes
Take it Easy
American Pie
Medley-Let It Be-Hey Jude-Imagine
Unchained Melody
Have I Told You Lately
Maggie May
Stand By Me
Dock of the bay
Soak Up The Sun
Just The Way You Are
Treasure

SOLO
Jonnie has his own Neil Diamond and Rod Stewart tribute act, but also sings a lot of other classic hits of yesteryear and current hits.

We have our own PA and a small light show, perfect for most performances. For larger venues we would need to rent appropriate PA and lighting. 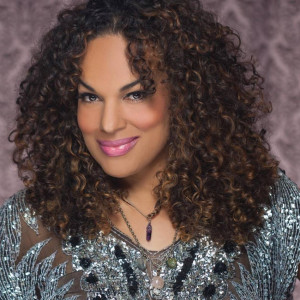 Wale O. said “Serafia is not only an amazing talent, but also very professional. So happy she was a part of my event. I would definitely book again. Everybody had great…” 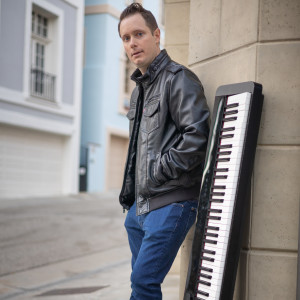 Lukas G. said “I hired Joel Branden to play for a dinner party where I proposed to my girlfriend (now my fianceé). Because of his eloquent contribution to our engagement,…” 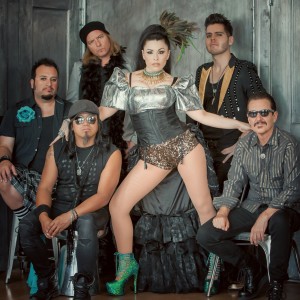 Michelle L. said “Tomasina is hands down, an Powerhouse Performer with an incredible stage presence. I initially used she and her band for Center Stage at D23, where she…”