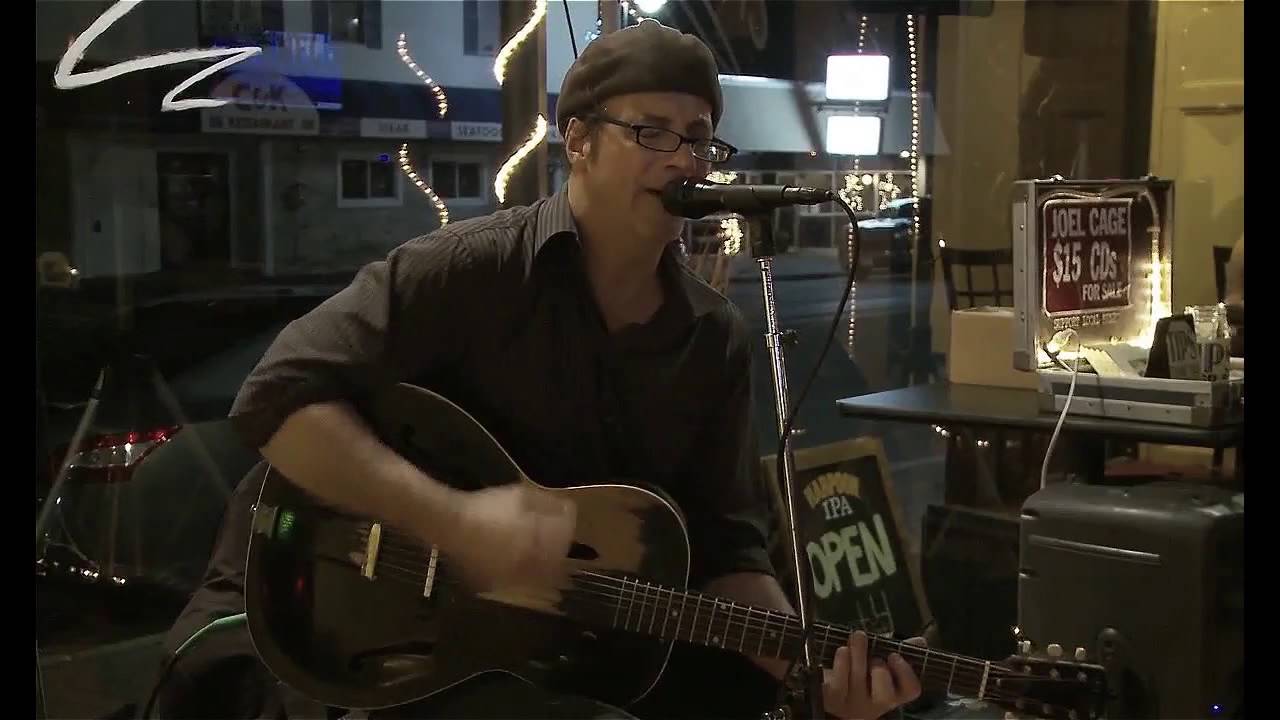 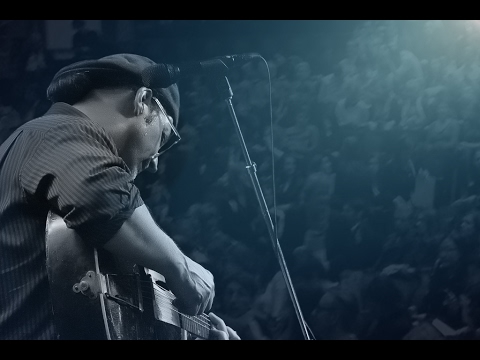 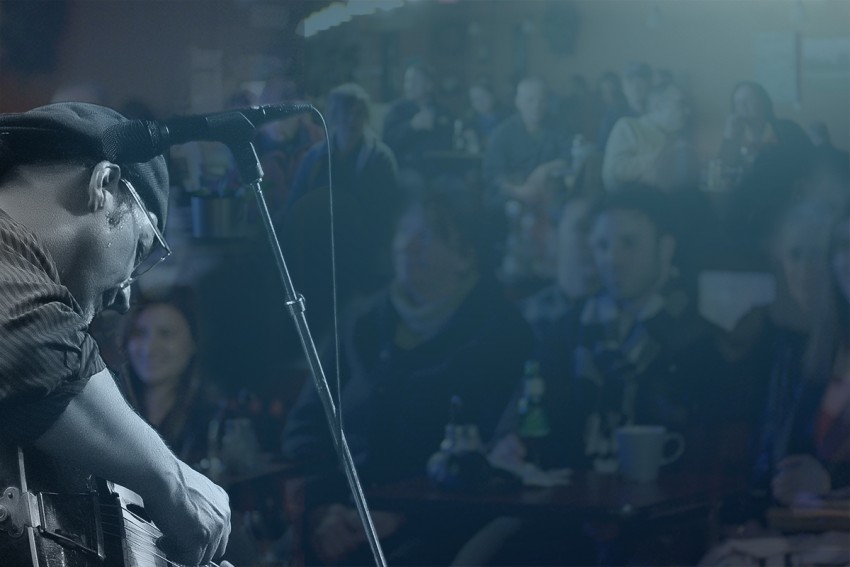 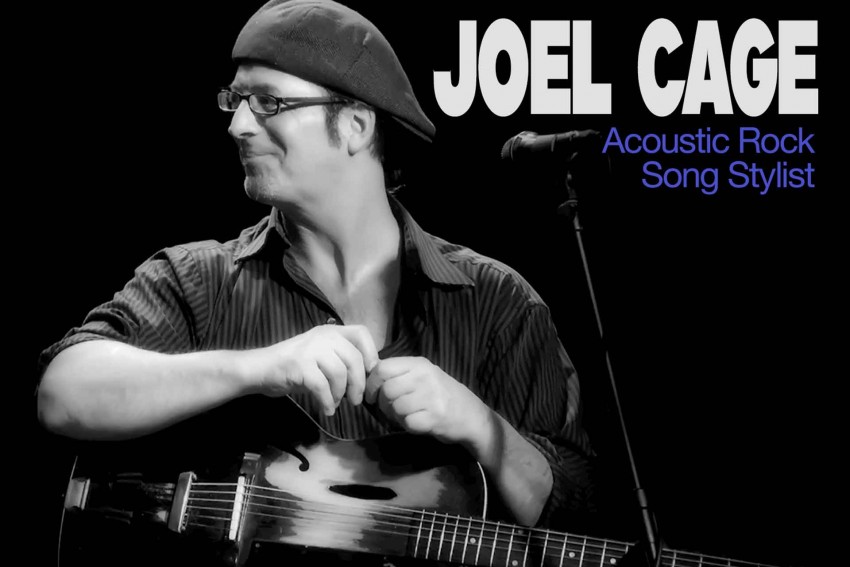 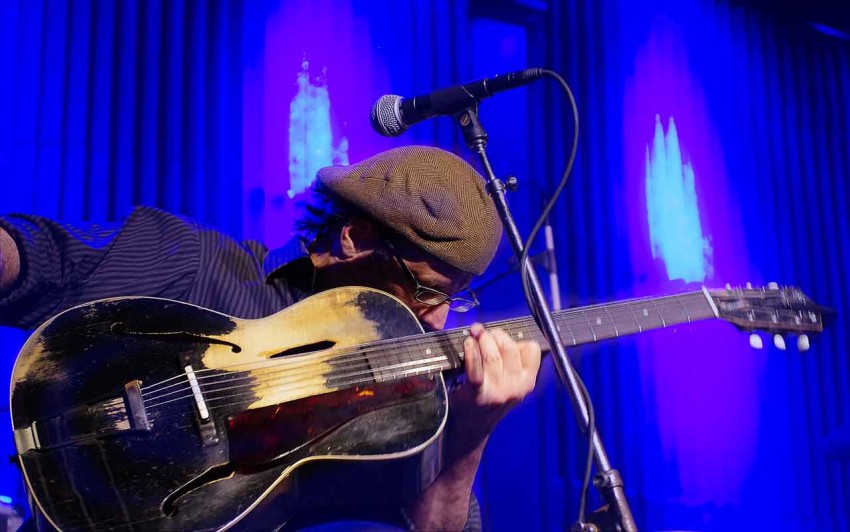 Live at the Tupeolo Music Hall 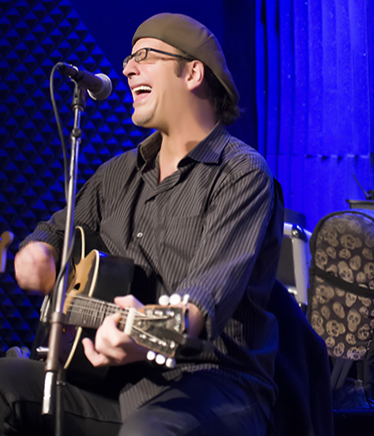 Live at the Tupelo Music Hall

JOEL CAGE is an award winning veteran singer/songwriter from Boston.
A virtuoso guitarist and an impassioned vocalist, Joel Cage's music is both evocative and raucous. He spans the gamut from sounding like a full rock band to 'hear your own heartbeat' intimacy.

Be the first to review Joel Cage

When you go see Joel Cage play in a restaurant or tavern, you want to watch him as if you were at a concert .. When you do this, the hustle and bustle of the establishment doing business disappears, and you get a better view of the place from which he plays. It’s a whole different environment .. and while Joel would insist that it’s a lateral move, you can’t help but get a feeling of transcendence.

"When I have a chance I'll ask my friend why he came in tonight.
I mean most of my friends are usually working on a Saturday night, or have been to so many concerts that the idea of sitting in a cafe drinking beer or wine and listening to some guy play guitar and sing songs, well they just don't think it'll do it for 'em.
The place filled-up early tonight, most took the seats toward the front, but some asked if they would be able to have a conversation if they sat in the back. We told them they would be fine; we didn't tell them that when Joel Cage plays, everyone moves forward.
It's just what he does, draws you in. One man, one voice, one sixty-something year old Gibson arch-top, a sonic landscape, and a bunch of amazing songs. The folks who came in to have a conversation gave up, (in good way) and moved forward by the end of the night. It's what he does, he draws you in.
When I finally had a chance to talk to my friend he was gone, gone closer, you can't help yourself. When I have a chance I'll ask my friend why he came in tonight, But I don't have to ask him why he moved forward.
Joel puts on a show you are sure you will never see again. Every time."
— Ray Brady, Dedham Square Coffeehouse

JOEL CAGE is an award winning veteran singer/songwriter from Boston. Once a member of the internationally acclaimed rock & roll group Southside Johnny & the Asbury Jukes, Joel has been performing regionally and nationally as a soloist for the past 2 decades. He has performed at some of the most prestigious folk & acoustic venues & festivals in the country, including the Kerrville Folk Festival in Texas where he was awarded top prize in the Kerrville New Folk Competition.

A virtuoso guitarist and an impassioned vocalist, Joel Cage's music is both evocative and raucous. He spans the gamut from sounding like a full rock band to 'hear your own heartbeat' intimacy.

Joel Cage currently has 5 CDs in release, which are available
for purchase at performances and online at : (link hidden).

Joel's most recent release, EPONYMOUS, was voted among the Top Ten CD Releases of 2013 by The Noise New England Music Magazine.

With his treasured guitar bearing earnest timeworn character, Mr. Cage delivers a performance music lovers quest. In true artist form, Joel reverently puts his heart and soul into his music as evidenced with the onset of each song when his eyes close and, devoid of all visual distraction, he transitions from his physical space into a spiritual place - his music. His guitar skills are commanding taking you on a musical journey under constant direction of his soulful rhythm weaving artistic inflections produced only by skill and technique at the hands of time. Keeping intrigue alive, Joel interjects percussive choreography with an impassioned spirit that takes animated form working him into a sweat- an honorable sign of a soulful musician. Whether he’s delivering a raspy quality from deep within or the light-hearted easiness of natural tones, his vocal qualities lend rich substance and meaning to his repertoire of songs in full complement to his genre. Then, as if backing out of his spiritual place, Joel returns to the place he began looking pleased with his journey just taken and rendering his audience rewarded for having traveled along with him. A sound musician and entertainer in his own right, he’s a “must see”. — Elise Saad

Travel with own PA.
Require ample set up space, easy access to electrical outlet.
Lighting, if required, to be provided by the purchaser.

Primarily Original Songs with a wide variety of covers at my disposal.