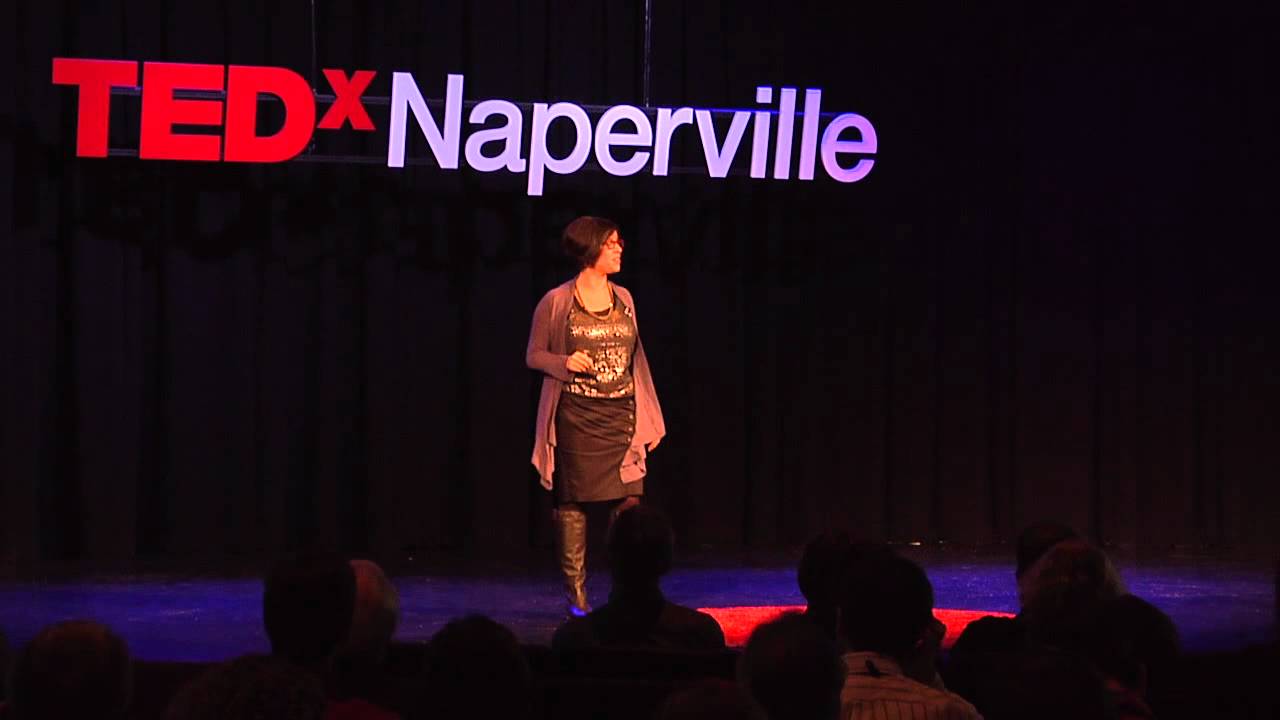 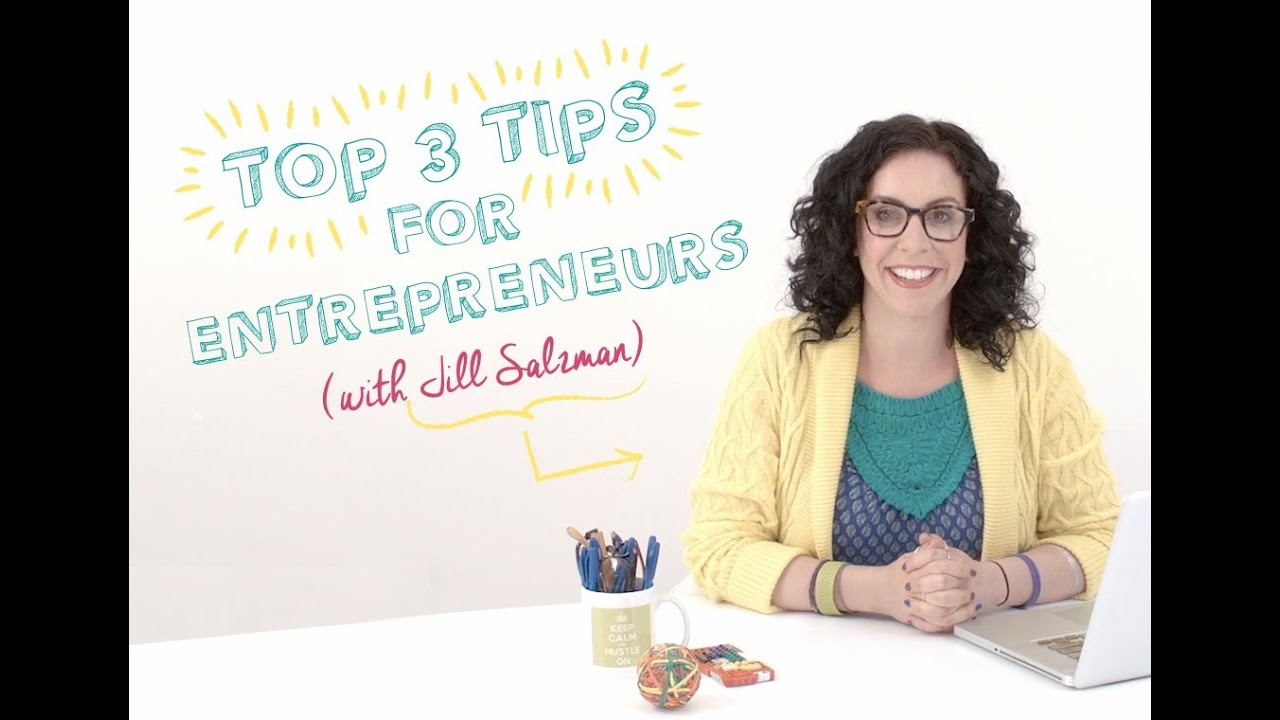 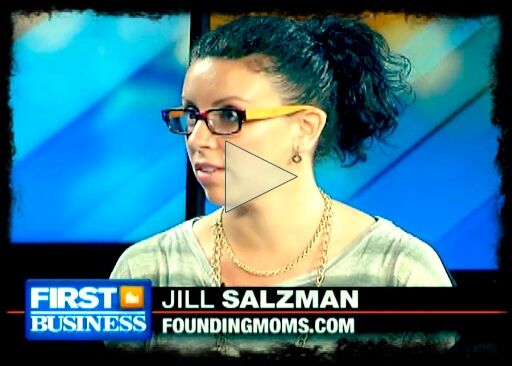 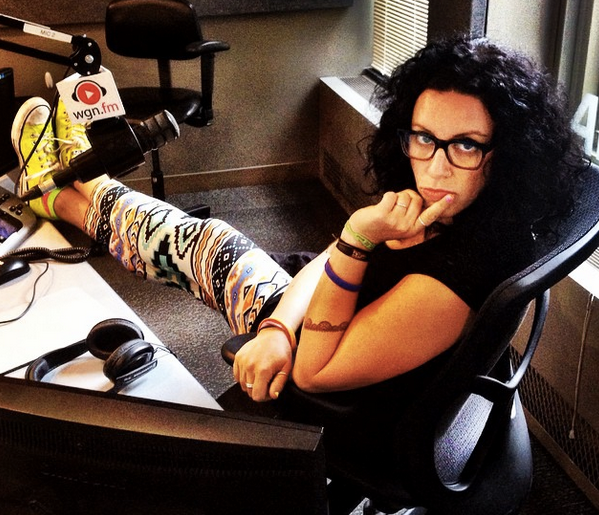 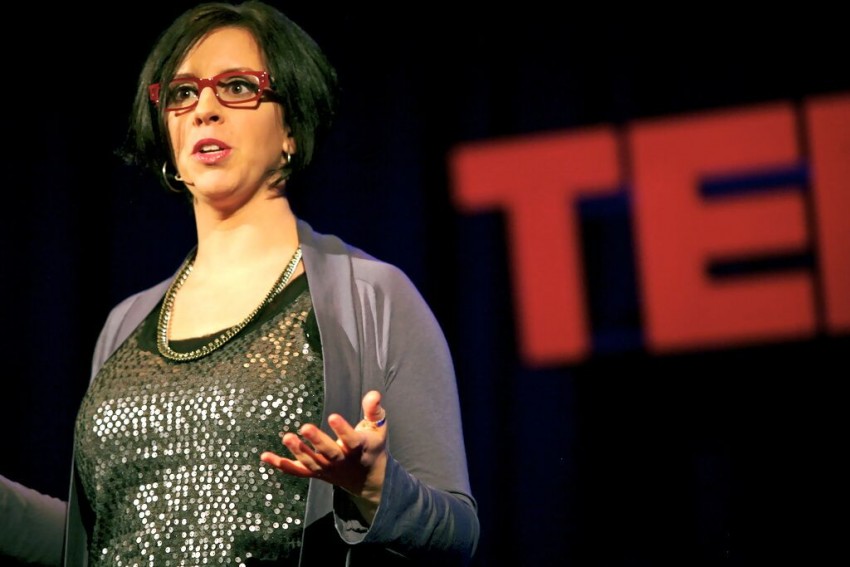 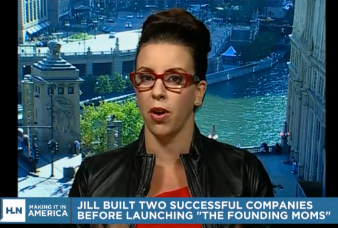 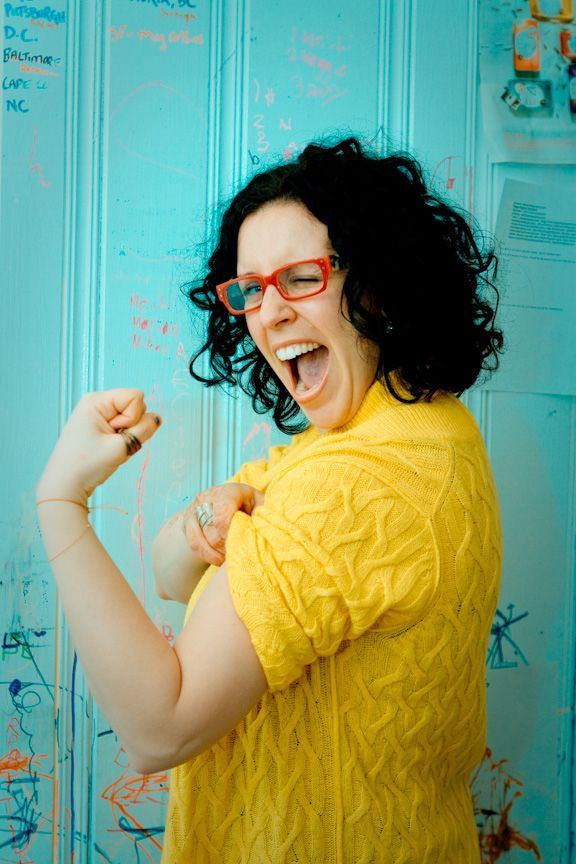 "A spitball of energy and sass, Jill inspires with her business experience and know-how."

Jill Salzman is a serial entrepreneur and co-host of the Breaking Down Your Business podcast. A graduate of Brown University and law school, she started a music management firm and then a baby jewelry business (she sold it in '11) before launching The Founding Moms to connect mom entrepreneurs around the globe with one another. Forbes recently named The Founding Moms a "Top 10 Website for Women Entrepreneurs." A published author, Jill has been featured in national media outlets including People Magazine, The New York Times, NBC5 and many more.

GE Chicago has an Annual summit that is hosted by the local GE Women's Network hub. Each year we carefully choose both internal and external speakers to match the theme of our summit. Jill's talk, titled "Bringing It, Elevating It, and Crushing It: Using Your Power to Succeed" included her story of being a "serial entrepreneur" and was a huge hit with the audience. The kudos from our participants included comments like "Since Jill's talk I am taking more risks!" Jill was an absolute delight to work with in setting up the event and collaborated flawlessly to ensure that her messages flowed nicely with the focus of the summit. I highly recommend having Jill speak at your next event, you will not be disappointed!

Wow! Thank you, Tracy. I sincerely loved working with you, and the audience was simply fantastic. Thank you for having me.

Jill Salzman was absolutely the star of United Women Entrepreneurs' annual conference. Her presence energized and set the tone for the entire day. She was not only engaging and totally fun, but she also offered practical tips for our entrepreneurial group that they could take away and implement immediately. Thank you Jill for an amazing day and for help making our event such a success! See you next year!

How very kind of you, Shawn!!! *What a group* you've got there. I was thrilled to be a part of your big day and can't wait to work together more in the future!

Jill was simply a pleasure to work with. My team and I thought she did an awesome job making the hosting both fun and entertaining. Thank you. We will 100% use Jill again and I would highly highly highly recommend. She is brilliant. Thank you again for helping to make the women in sales awards North America event successful.

WOW! I am honored -- and so grateful for such a glowing review. It was an awesome event, I look forward to working with you again!

Jill is fantastic! Her message was both inspirational and instructional. She is a accomplished public speaker with great energy and style.

So appreciate it, Leslie! Thank you for the kind review!!

Very enlightening all around

Great class all. Enjoyed the active participation within the group as well as the guidance from the instructor. Much more valuable then toastmasters. Focusing on the substance of the speech is just as / if not more important then just talking about body language. Toastmasters is more of in improv / theater performance class. The professor nailed it. Jill was fantastic and she should expand her market presence. The class itself, as well as the loop is filled with business professionals. From a practical standpoint, we are looking to get better at facilitating and managing conversations. Love to see a class that taps into that market as well. Very enlightening all around.

Thank you so much, Bradley! Thrilled that you got so much out of the bootcamp. All the best to you.

Jill spoke to my group about pitching, and she was engaging and inspired everyone to brush up their pitching skills. Would hire her in a minute!

Jill hosted our TEDxNaperville and we needed a host who could bring energy to the event. Jill delivered, and delivered BIG.

Getting a full day conference style audience to keep pace and keep energized was no easy task, but Jill handled it with a natural flair.

4 Reasons that Jill Salzman is a RockStar

Women Tech Founders (WTF) chose to have Jill Salzman lead both of our events for many, many reasons and we never considered anyone else:

1. Jill charges a room with positive energy. She empowers people.
2. Jill is whip smart. Her humor is strategic and cleverly effective.
3. Jill offers experienced suggestions and an easy-going working partnership attitude.
4. Jill is an awesome person. We work at the nation's largest incubator and Jill has a reputation of honesty, fierceness and FUN... so much fun - way more fun than regular people could ever hope to be. Everyone loves Jill.

Jill helped WTF create a memorable event that inspired everyone who participated and helped us land our reputation as the hot, new nonprofit in Chicago. She is exceptionally skilled in speaking, hosting and strategic event-planning.

Jill is incredible! The best moderator I've ever seen!

Jill made the event what it was.

I was truly impressed. Her questions, approach, and enthusiasm were fantastic; I felt that everyone question was perfectly authentic and allowed the panelists to build on the topic given.

Additionally, on the panelist side, her advice, perspective, and honesty were so on point. It was refreshing to have an authentic (and young!), inspiring leader simply be focused on giving great direction. The attendees were grateful for her time, and so was I! Her employees, mentees, and family are lucky to have her!

I am truly thankful for Jill's time and hope we can work together again soon!

Jill Salzman is currently growing her third entrepreneurial venture, The Founding Moms, the world’s first and only kid-friendly collective of monthly meetups for mom entrepreneurs.

A graduate of Brown University and law school after that, she started Paperwork Media LLC, a music management firm and her first entrepreneurial venture. (Her parents still wonder why she opted for the music business over the seductive and alluring career of a bankruptcy attorney.) She went on to create The Bumble Brand, LLC, to sell Bumble Bells, audible anklewear for the newest of human beings (she sold it in 2011.) Having built two successful companies, she launched The Founding Moms to connect mom entrepreneurs around the globe with one another.

A sought-after speaker, Jill has been featured in national media outlets including CNN’s Headline News, People Magazine, The Chicago Tribune, Daily Candy Kids, Business Matters, WGN TV and WAHM Talk Radio. Her TED talk, Why Moms Make The Best Entrepreneurs, received rave reviews. She was recently named one of the Top 50 Women To Watch In Tech. Jill’s been profiled in several books: The Solopreneur Life: 42 Solo-Business Owners Speak the Truth on Dreaming Big, Failing Forward, and Calling Your Own Shots, A Cup of Cappuccino for The Entrepreneur’s Spirit, Volume II, CRAVE Chicago and was recently featured in a film on social media. Jill currently writes for NBC5′s small business blog, Inc. Well, and she’s been published in The New York Times and (link hidden). She released her first book, Found It: A Field Guide for Mom Entrepreneurs, published on January 12, 2012 through Piggott Press.

In her spare time, Jill enjoys kloofing, traveling to small towns, and erasing her daughters’ crayon artwork from the kitchen walls.

Jill can speak to your audience using a microphone or a lava mic or nothing at all! She can include a Powerpoint or Prezi or Keynote or short film presentation during her talk or use nothing at all! It all depends on your event and Jill will help you figure out exactly what she'll need to make your event a great one.

From a simple microphone to full-blown stage and lighting specifics, there are configurations that vary depending on the type of event. Get a free quote request to check with Jill Salzman about what her setup requirements are.