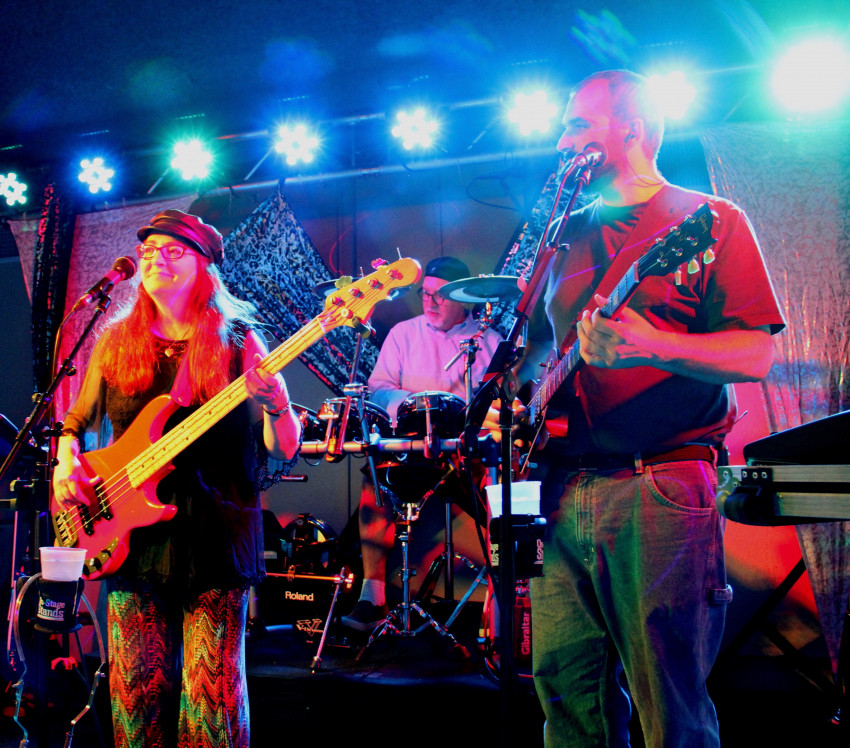 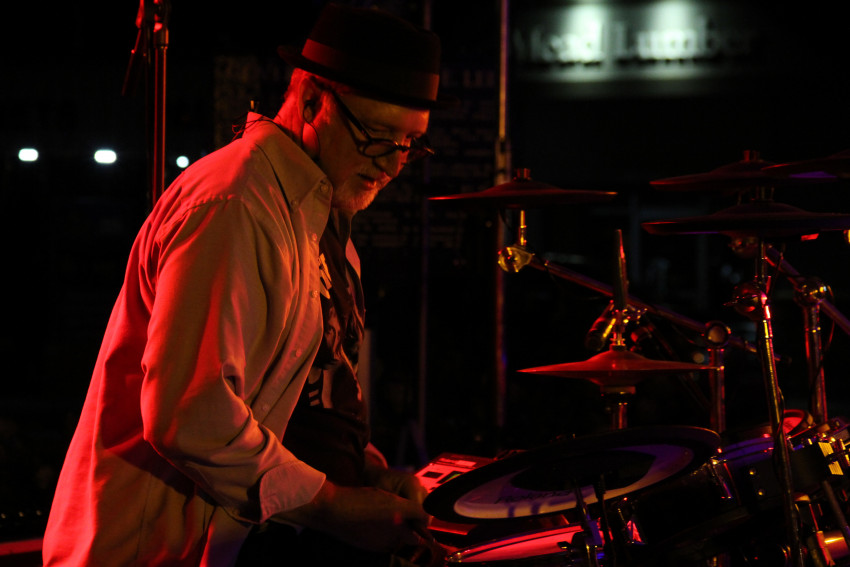 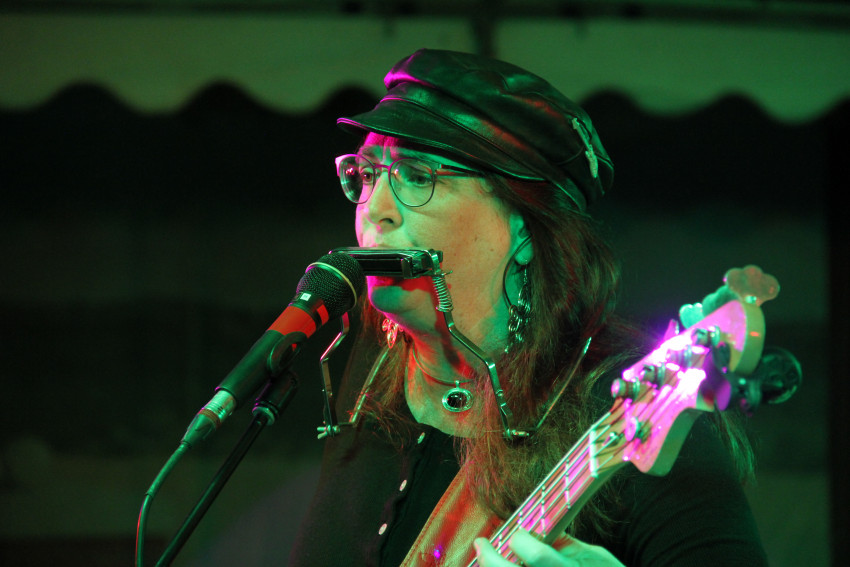 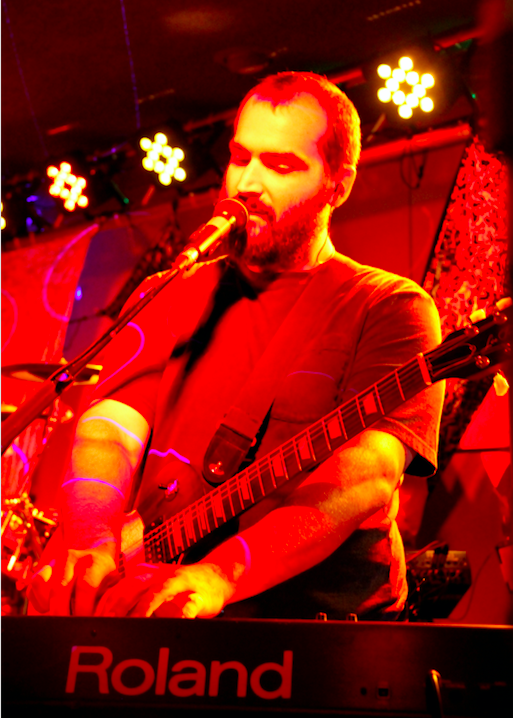 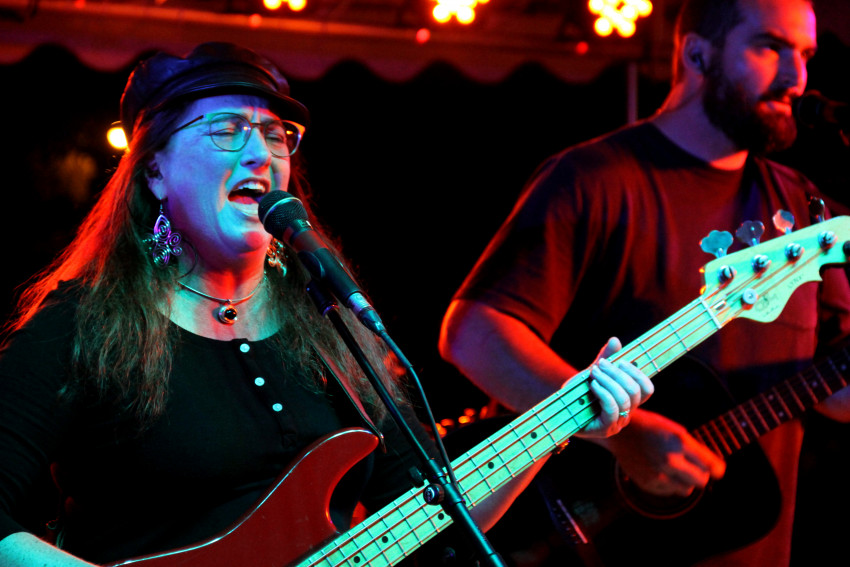 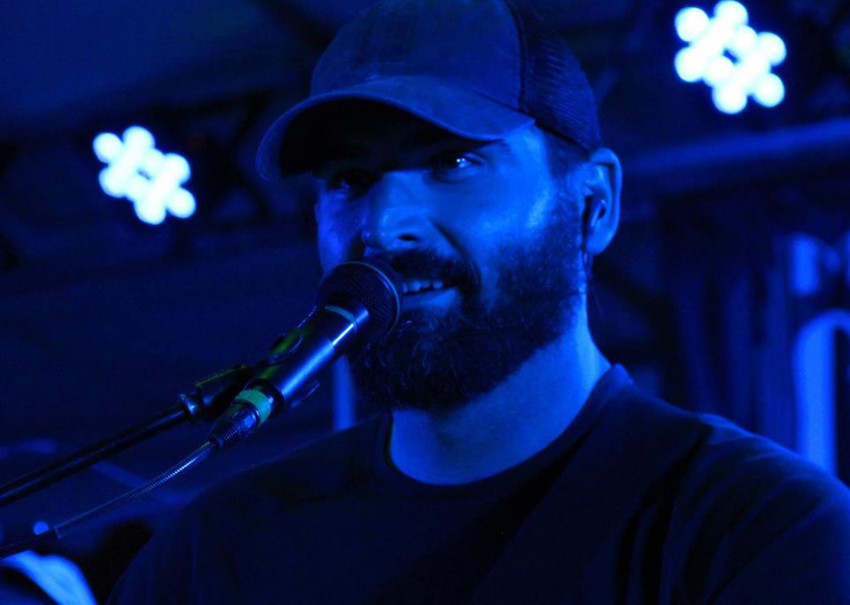 Jetley Park is a rock n' roll band that gets the crowd up and dancing! They play a variety of songs from the 1960s to today along with crowd-pleasing originals. They feature powerful 3-part harmonies; tight rhythms, belting vocals, wailing guitar, and sweet keyboard fills. Located in southeastern South Dakota their members are Mary Begley (Bass & Vocals) Kevin Patten (Drums & Vocals) and Zach Holoch (Guitar, Keyboard, and Vocals). They tour with a fantastic sound system and party-on lighting.

Be the first to review Jetley Park

A highly professional group of musicians who love what they do. They are friendly and reliable. They tour with an awesome sound system and a sound man who knows how to deliver clear vocals balanced with intricate instrumentation. He makes the volume fit the room and the audience. They typically provide four hours of music with two 15 min. breaks.

The Name
Many decades ago, near what is now Meckling, South Dakota, stood a small town with a dance hall. People would come from miles around for good times and music, and if you ask some of the old-timers, they'd tell you a person might even be able to get a little moonshine if they knew who to ask. That town was called Jetley Park. Although the town is now dissolved and the foundations and streets have long since been lost to time, we named our band after that place and what it meant to the people who went there. Our hope is that our friends show up to our shows for the same reason people used to show up to that dance hall - good times, good music, and maybe just a little too much fun.

The Teacher
Mary got her start entertaining with theater and mime. She moved to the area for college, then decided to stay, getting a job teaching drama and speech at the local high school. Her plucky signature bass tone is created by her active playing and long fingernails, but it is her powerful vocals and flair for performance that gain her the most attention. Quirky and positive, she brings her unique and eclectic sense of style and humor to everything she does.

The Producer
Kevin started playing drums in grade school, and has been honing his craft ever since. He moved into the area to work as a TV producer, and has a hand in creating many music-related shows. His drumming style is defined by his versatile skill set, and his impeccable musical instincts, a product of his years of drumming across genre lines and with many different musicians. The timbre of his voice ads just the right touch to many of the band's songs. Level-headed yet rebellious, his punk rock heart pumps life and conscience into the band.

The Farmer
Zach grew up on a farm in the area, and spent his formative years as a classically trained musician, before developing a passion for rock in his teens that ultimately led him to defy his training in the pursuit of a more raw and primal sound. He spent many years making music on the east coast before returning home to farm. He plays many instruments, but is best known for his large and diverse vocal range. A true jack of all trades, his earthy and grounded demeanor hides an array of unexpected talents.