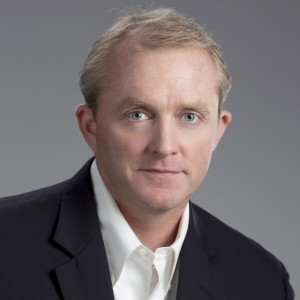 Jeffrey Still, is a former Naval Officer who served his country as a U.S. Navy SEAL and retired after 22 years of service.
​Jeff holds credit for several successful start-up businesses and has taken his passion for entrepreneurship, leadership, innovation, and strategy design to help new and existing companies meet their objectives. "Getting to X" is about his experience as a SEAL and the key elements that transfer into today's fast paced business environment. Jeff holds postgraduate certifications from Massachusetts Institute of Technology and Georgetown University in Leadership and Management, and in May 2014, he will graduate from Duke University with an MBA. Engaging and fun.

Jeffrey Brian Still is a former Naval Officer who served his country as a U.S. Navy SEAL and retired after 22 years of service. Born and raised in Lakeville Massachusetts, he has a deep-seated faith and love of country, and has been privileged to work with some of world’s greatest talents in a myriad of capacities, organizations, and geographies.
As a SEAL, Jeff was the leading Chief for the Navy SEAL Sniper training school and pivotal in creation of the Navy’s largest and most advanced working–dog program. He has been decorated for his contributions in development and modernization of America’s most difficult military shooting curriculum and technology advances in the working dog arena.
Mr Still has more than twenty years studying and immersing with cultures around the globe. As a military officer, he has developed and led multiple programs in the SEAL community, some considered among the most advanced Special Forces programs in the military today. As a leader, he has spent over two decades leading fast paced organizations, driving innovation, directing change, and advising high-level government agencies and leaders on strategy and operations.
A decorated combat veteran, Jeff’s decorations include two Bronze Stars (both with combat valor), the Joint Service Commendation Medal (with combat valor), the Defense Meritorious Service Medal, and numerous other service awards.
Today, Mr. Still companies provide services to the outdoor industry, global logistics support across multiple industries, and consulting services in leadership and strategy. A professional strategist, Jeff specializes in providing business leaders an expert approach to target decision-making, and strategy. His battlefield to boardroom methodology has combined knowledge gained in America’s fastest paced military organization, with a keen understanding of modern day business challenges. Jeff’s unique target strategy model has taken key elements from the strategy science of the SEAL teams, and married them to modern business approaches, producing proven results. He regularly conducts speaking engagements were he discusses his experience in leadership and a distinct approach to strategy.
A lifelong academic Mr. Still holds a bachelor of science from the University of Southern Illinois, postgraduate certifications from Massachusetts Institute of Technology and Georgetown University in leadership and management and executive education from Harvard Law School in business negotiation. In May 2014, he will graduate from Duke University with a Global Executive Masters of Business Administration. His Fuqua School of business studies has taken him to Russia, England, United Arab Emirates, India, and China, studying global cultures and business.
At home, Jeff is a proud husband and father who believes in America’s enduring spirit and the pursuit of the American Dream. An avid outdoors-man, Jeff has a love for anything that keeps him active outdoors and a passion for golf and snow skiing.

Audio and Projection Equipment as required