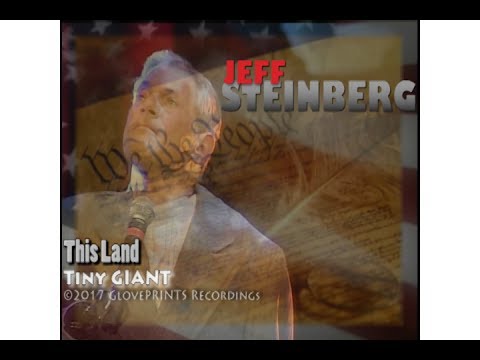 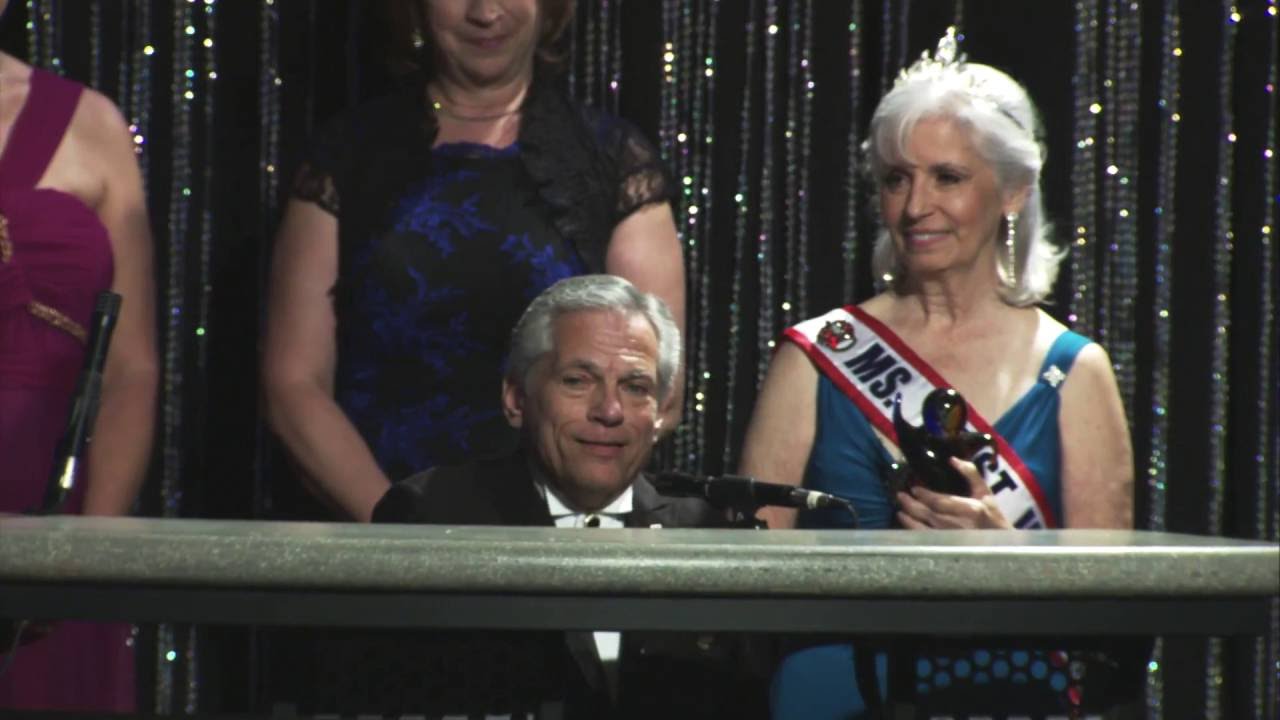 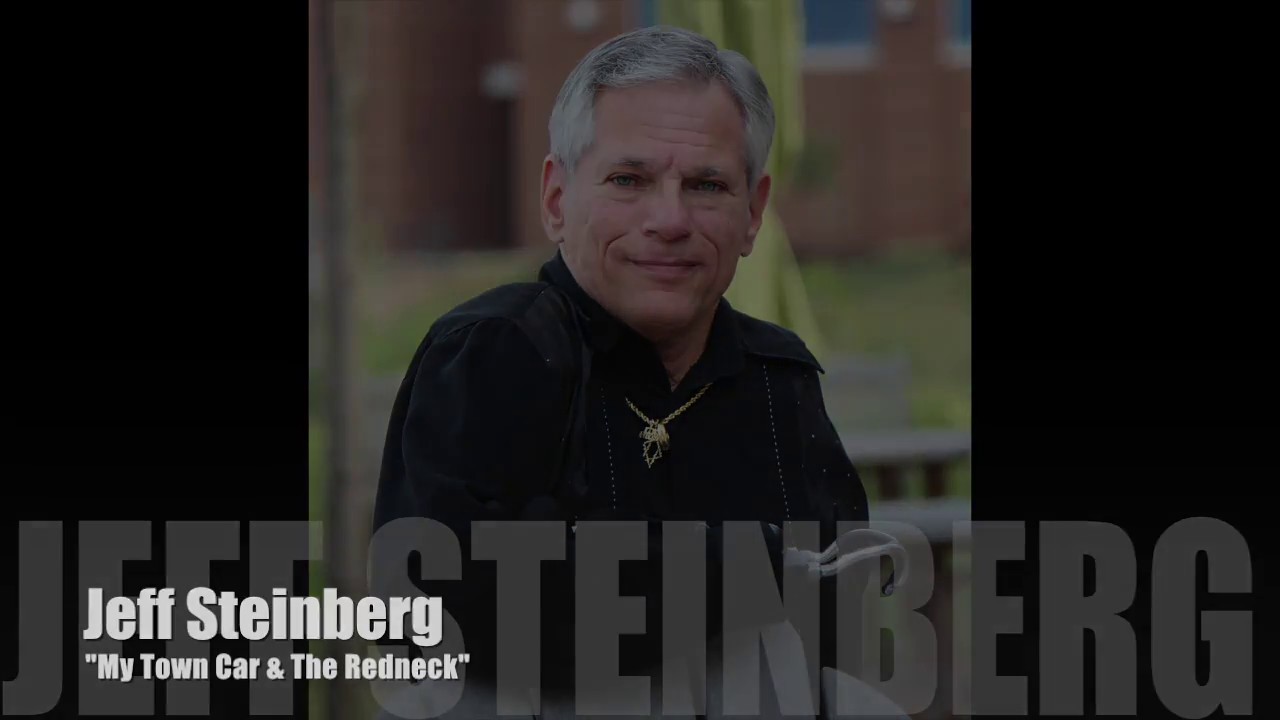 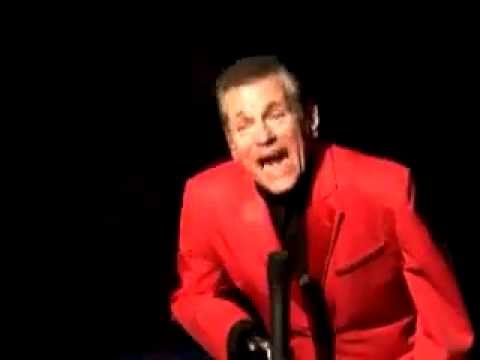 Jeff Steinberg Comedy - "At The Bank" 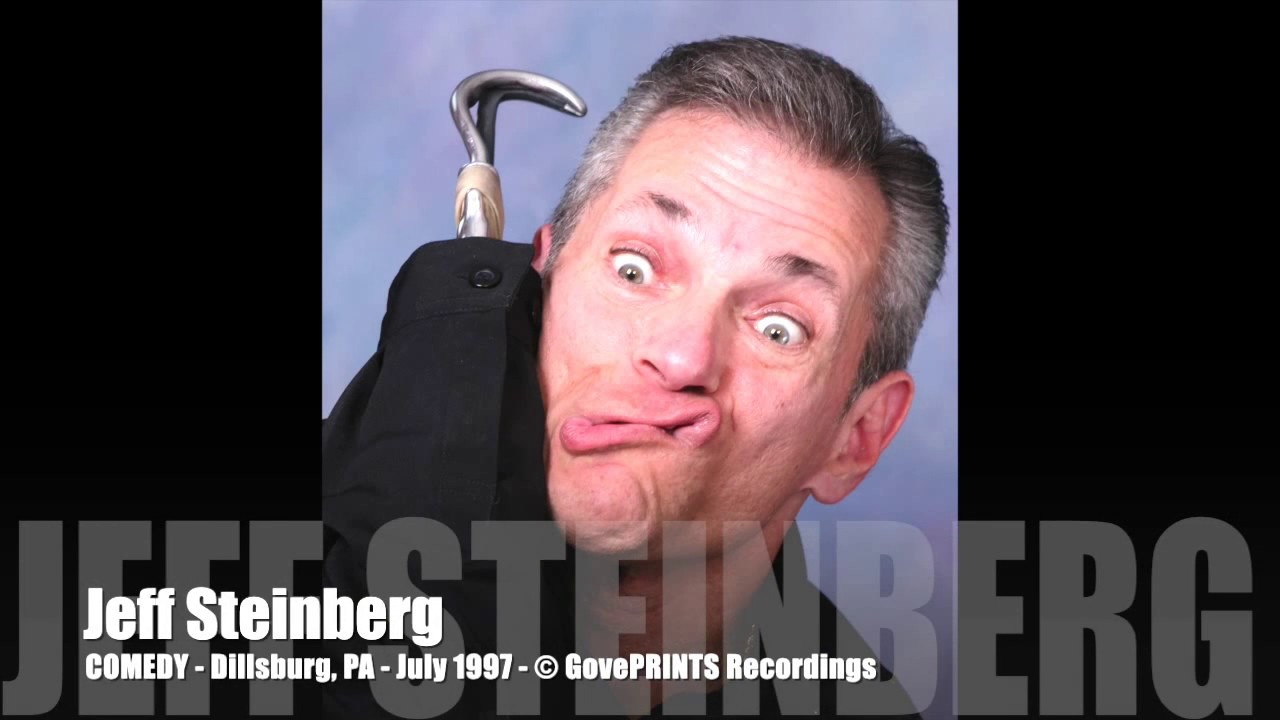 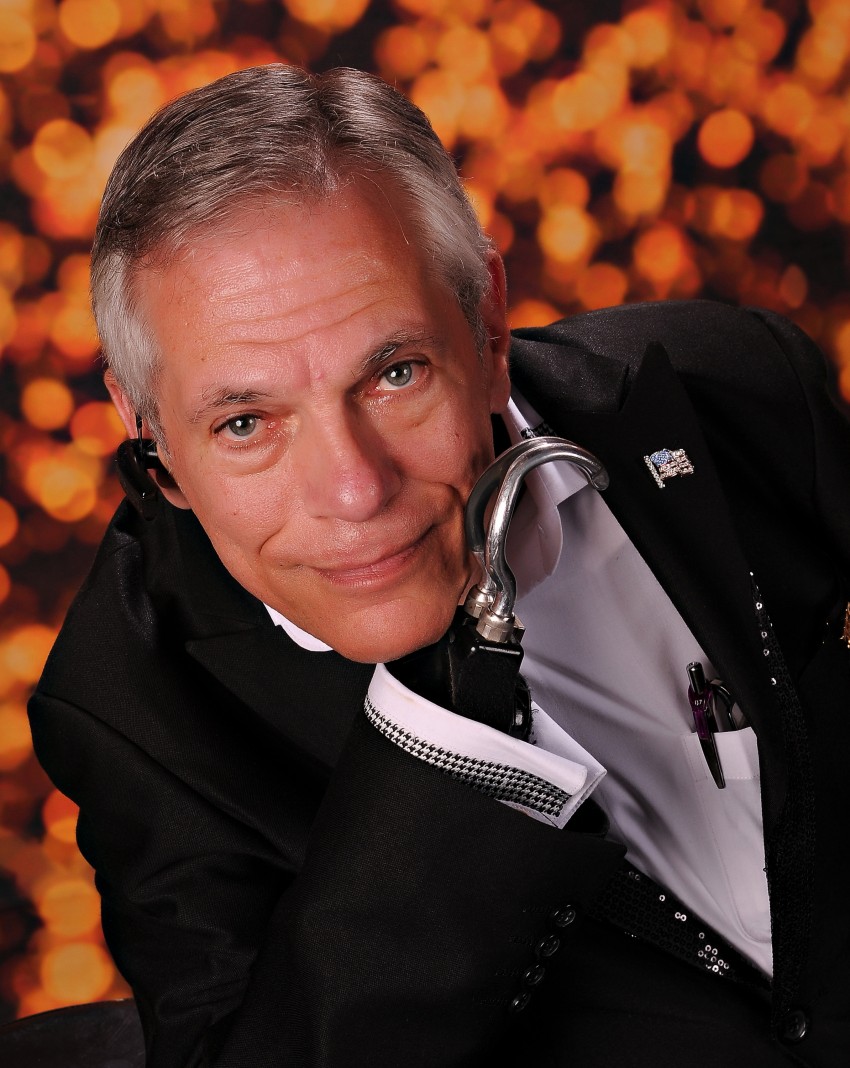 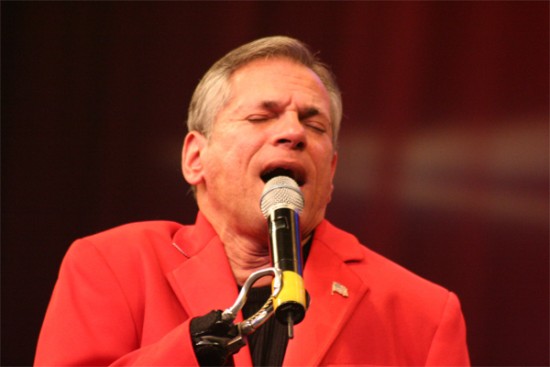 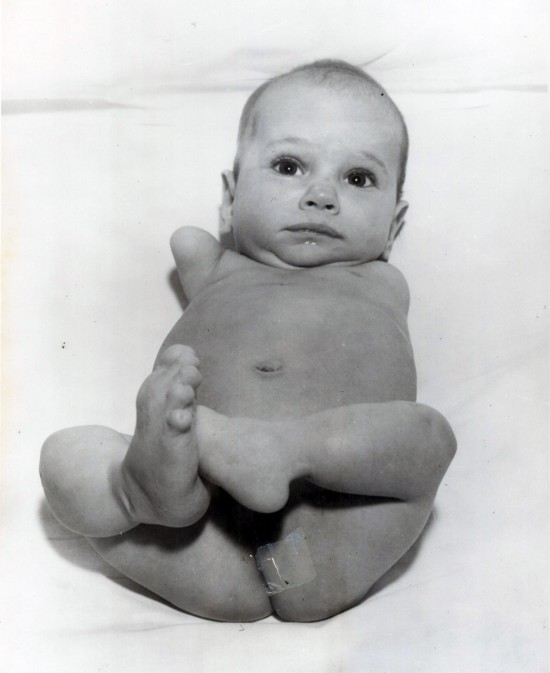 Jeff Steinberg age two and a half 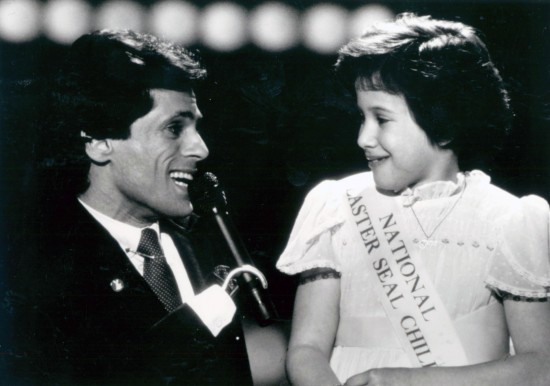 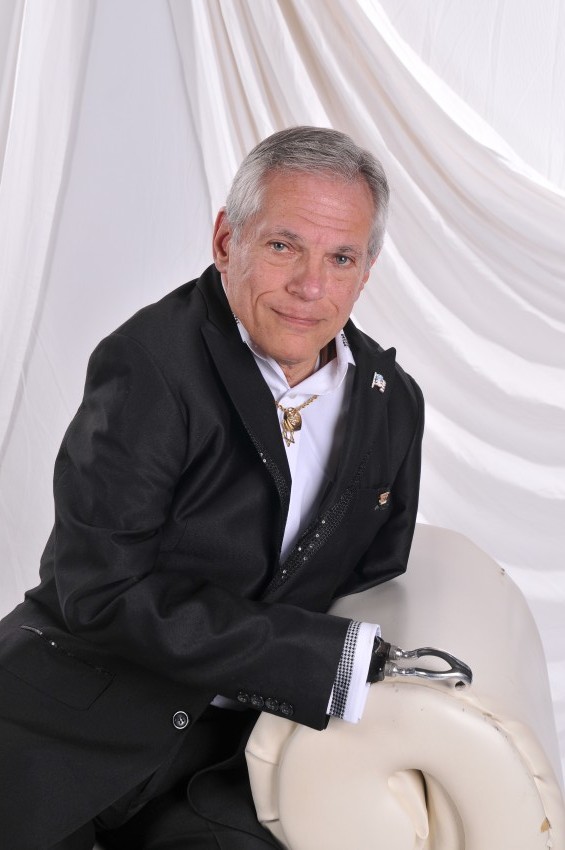 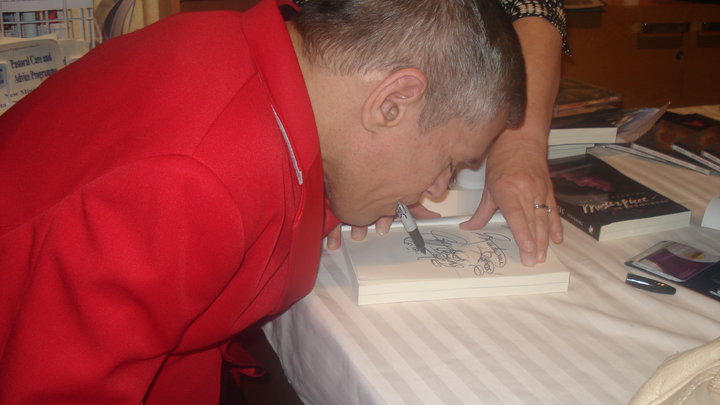 Jeff Autographs His Autobiography, MASTERPIECE IN PROGRESS for A Fan. 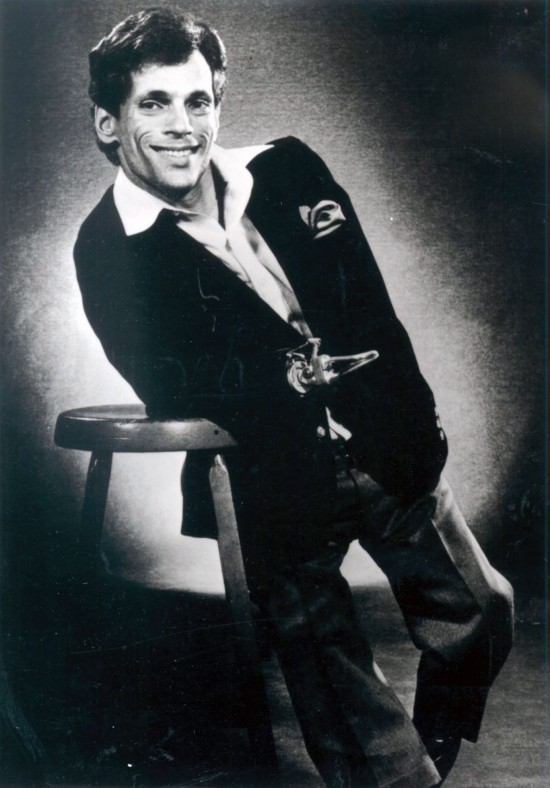 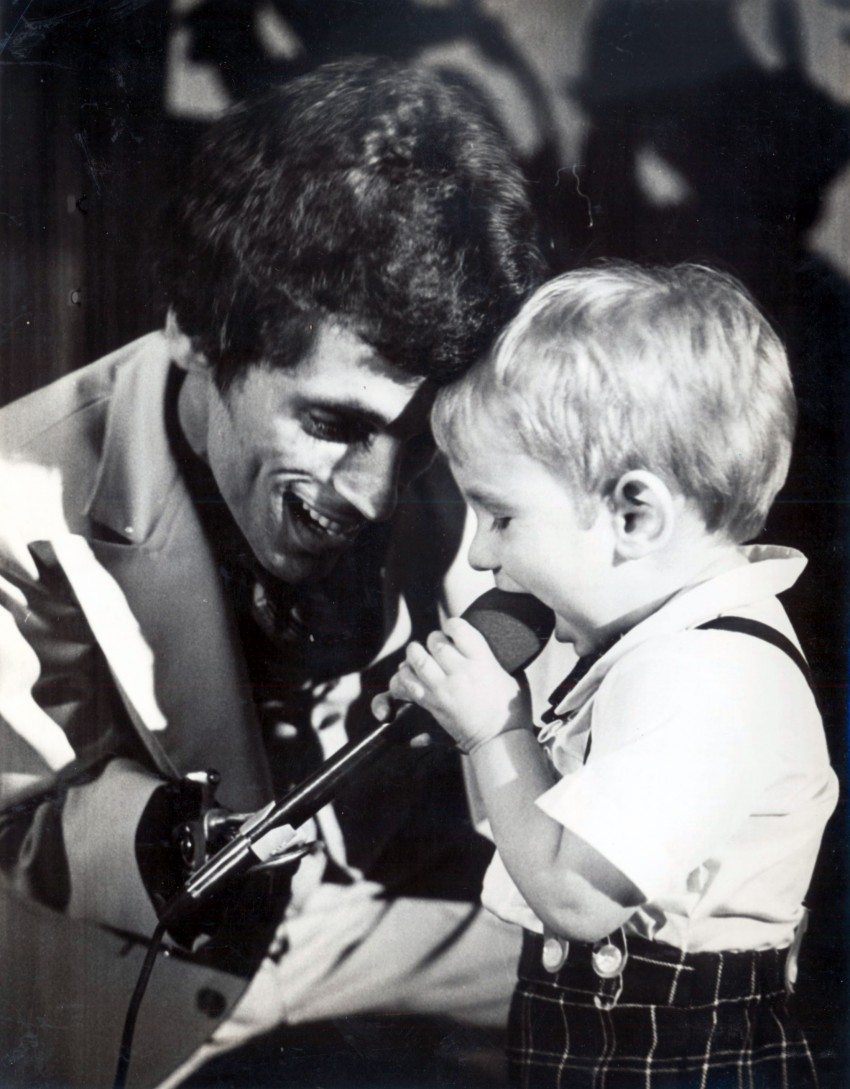 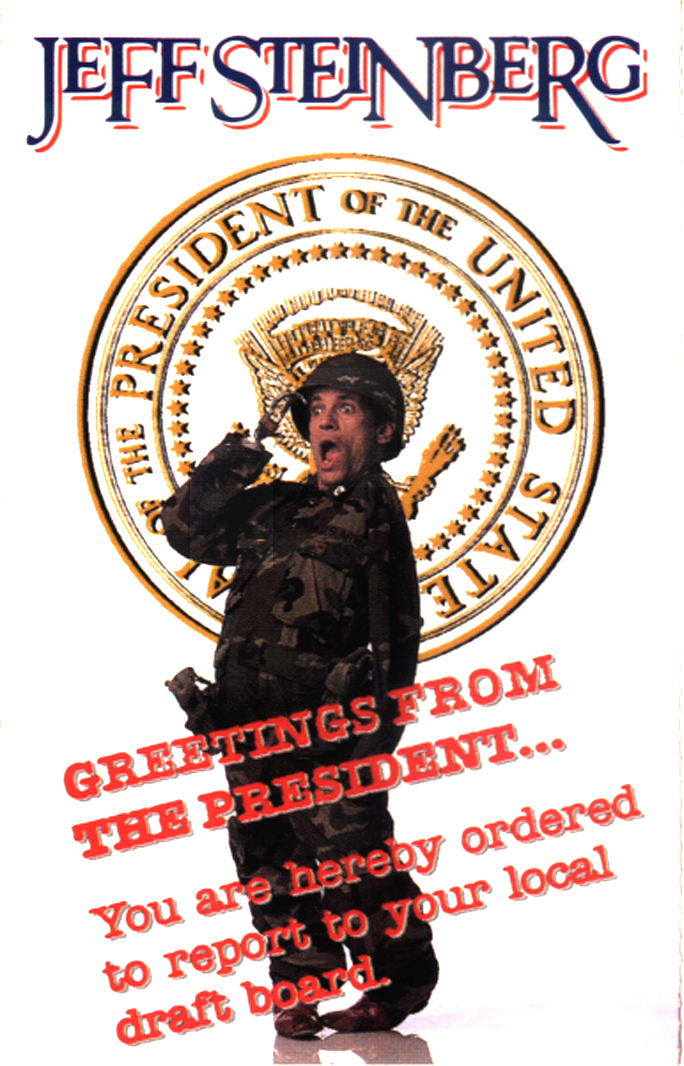 "Greetings From The President..."

Keynote Speaker, Humorist/Comedian, Author and Singer, Jeff Steinberg is the recipient of the "2015 Artists Music Guild Comedian Of The Year Heritage Award."

Born with what most folks would call "handcaps," he has no arms, badly "compromised" legs, yet he has accomplished the very things his family & friends insisted, "he couldn't do, shouldn't do or wouldn't do."

He has a unique message: "A real handicap is '…anything that keeps me from being or becoming all that I was created to be!'" "You're A Masterpiece In Progress!"

Mr. Jeff Steinberg was a presenter at our conference in Panama City Beach, Florida
and gave an outstanding presentation. His story of his life, the songs he sang, even the
jokes he told, portrayed an amazingly strong person! His entire presentation was very
well received by our attendees as was evident by his gracious reception of them after
his address.

Mr. Steinberg had traveled all night to get to the venue and had no sleep but still was
able to provide us with a wonderful, theme appropriate program. I, for one, was very
impressed and humbled by his story and I took away a strong message that I will carry
throughout my life! God makes no mistakes!

We look forward to your return...for many years to come...

Thank you so much Jeff and Ellen for coming to Glenvale Church of God. I can not begin to tell how greatly you blessed our congregation. The Steinberg Ministry Team's presentation REALLY touched our folks. They came expecting to hear some good music. But, the evening consisted of far more than music. Your humor, songs and most importantly your message and the words from Ellen reached deep into the hearts of the people. The Spirit of God was so present and so precious! We look forward to your return next year, and for many years to come.

My Friend Jeff Steinberg Has Shared many of My Songs...

Jeff Steinberg has been a friend for decades. He has recorded and shared many of my songs and has made them live for thousands of people in hundreds of places like nobody else could. I’ve watched Jeff start from scratch a number of times with a new audience, then one hour later, they were putty in his ‘hand’ (hook). God uses him to shake strong mind-sets, to move, motivate and inspire people.

I would heartedly recommend that your school contact Jeff Steinberg for future motivational speakers. Jeff was born with many physical handicaps but has not let them stop him from being an exceptional, dynamic person. When Jeff spoke with the students of Westwood Heights, grades K-12, they were extremely captivated by what he had to say. His rapport with children of all ages is evident, along with his message that there are no limits to what a person can do. If you have any concerns or questions, feel free to contact me at 787-1985.

I highly recommend Jeff Steinberg to any Church...

I highly recommend Jeff Steinberg to any Church that wants to be blessed. His is a Ministry that truly touches the hearts. One minute you’re crying, and the next minute you’re falling out of your seat laughing. One thing is sure, have Jeff Steinberg, & you will be challenged as never before to give God your all.

‘Thanks’ from Lighthouse Vocational Services...

I want to say ‘Thanks’ to Jeff & Ellen Steinberg for the concert provided as part of our fund raising here at the Lighthouse Vocational Services.

Their visit was very timely for the community and for my wife and me. The community was still very much in the process of finding our emotional and spiritual center in response to the events of 9/11/2001. My wife and I had just returned from Texas where we said a permanant goodbye to our four year grandson.

We learned that The Steinbergs went through a similar loss and this gave us something in common. Their concert touched heart chords relative to both of these concerns. We appreciated that they took the time to know and understand the people & community, and were responsive to our needs and issues.

The concert was a joyous, happy, thoughtful, challenging, prayerful, tearful and inspirational experience all rolled up in a personable and enriching evening.

Just a note to express my thanks and the thanks of the people of Zion's for your powerful ministry among us Saturday night. Again and again on Sunday morning the folks who were there were commenting on how they enjoyed you and were inspired by you. The suggestion I heard, which matched some of my own thoughts,
was to have you here on a Sunday morning next time. It felt really good to laugh as hard as I laughed during your program and, again, at the diner. You are such a blessing!

Thanks for being with us at the Rosen Centre for AGRM's 2012 Convention. Your testimony is still as powerful as it was when I first heard you.

And our attendees apparently thought so too. Your session rated very high in the Convention survey. As we thought, it was a perfect way to end the event.

Thank you, Jeff, for your faithfulness to The Lord and your friendship over so many years. Stay in touch.

You can expect more than a performance. A Jeff Steinberg presentation will make it a real Event! Using humor and song, Jeff shows us that each person is wonderfully created to be "Awesome and wonderful" with potential never even dreamed possible.

This Tiny GIANT, at 4 feet 6 inches tall, born with what others would call Handicaps, has NO arms or hands, and malformed legs and a most unique message for you, your organization and your community: “Quit focusing on the Handicap and start appreciating the Gift.”

- His Humor - Jeff Steinberg is the 2015 Artists Music Guild Heritage Award recipient for Comedian of The Year. The AMG is based in Monroe, NC;

- His Inspirational Story - (focused mostly on his physical challenges and the audience challenge to be more than the sum of their circumstances), showcasing opportunities they can rise above what Society views as "handicaps."

- Song ("I'm told Neil Diamond sounds like me!?!"); Jeff's music includes a mix of Patriotic, Inspirational and Motivational songs written for him, and appropriate to the theme of the event;

“All That I Can Be…” – A major key to achieving personal goals lies in the discovery of the “unique design” that is “ME” – positives and negatives, strengths and weaknesses, abilities and “disabilities” – then shaping my future to take full advantage of that design. Recognizing, acknowledging and ultimately embracing, “all that I am” provides the foundation for me to become “all that I can be.” The acceptance and application of these principles will promote achievement commensurate with ability, regardless of the task.

“How Handicapped Am I??” – Everyone has limitations. The danger of self-actualization lies in accepting those limitations as “handicaps”. By redefining the word “handicap” as “anything which keeps me from being or becoming all that I was created to be,” and replace the myths we accept about our apparent limitations with a realistic understanding of what truly prevents success provides a vehicle to personal and professional fulfillment.

Jeff has been performing for groups of all types and ages for more than 45 years. Jeff's presentation can be tailored to your needs, but inherently centers around motivating your audience to discover their potential or encouraging them to rise above and become "A Masterpiece In Progress!"

"Leadership and successes in business, as it is in life begins by knowing ourselves, rising above our perceived limitations and accepting the challenge to positively impact our world.”

“The least likely person can accomplish the most extraordinary things in a most unusual way!”

He stands 4’6” tall on wobbly legs; he holds a microphone with a metal hook attached to a myo-electric prosthetic arm; yet he commands the entire stage and fills the auditorium with his “UNIQUE” message: "You’re A Masterpiece In Progress!"

Speaker / Author / Entertainer Jeff Steinberg IS a Masterpiece In Progress!! Born August 18, 1951 no arms, severely deformed legs and a doctor's prediction that he would not survive, Jeff spent his early years in hospitals, including Shriners' Hospital for Crippled Children in Philadelphia, PA; facing orthopedic surgery, learned to walk with a brace and was fitted with his first prosthetic arm. At age nine, he was placed into The Good Shepherd Home for the Physically Handicapped in Allentown, PA until he was 19.

For more than 45 years, he has offered a most unique challenge, “Quit focusing on the "Handicap and start appreciating The Gift!”

Jeff Steinberg is “A Masterpiece In Progress!" He wants YOU to know it!! His presentation is fun, up close, personal and inspirational.

"Leadership and success in business, as it is in life begins by knowing ourselves, rising above our perceived limitations and accepting the challenge to positively impact our world.”

“The least likely person can accomplish the most extraordinary things in a most unusual way!”

He has enjoyed speaking to High Schools and Universities (including Notre Dame University), hospitals, U.S Military troops in Germany and churches.

He has performed on TV Variety Shows & telethons. He was Co-Host for an entertaining and original informative Television Special, called "The Best You Can Be...The Handicapped Hall of Fame." He was headline for the luncheon for “The President’s Council on Hiring Persons with Disabilities;” he appeared on "The Variety Club Telethon" with Host Monte Hall in the U.S. and CANADA. Jeff has shared the stage with such names as Barbara Mandrell, Zig Ziglar, NFL Superbowl Champion Rocky Bleier, John Goodman, Senator Bob Dole, Jim Nabors, Former CEO of Guerilla Marketing; The Icon Builder David Fagan, The Dallas Cowboys Cheerleaders and the list goes on.

A true highlight of his career was a memorable appearance with Mother Teresa of Calcutta during her 1989 USA visit.

When called upon, Jeff also offers consulting regarding disability and accessibility issues. “It’s not enough to just know the rules!”

Jeff Steinberg is the 13th inductee into The Good Shepherd Hall of Fame for Persons with Disabilities for his achievements in the field of music, for his advocacy for the physically challenged and for carrying the message that each of us is “A Masterpiece In Progress.” He is the recipient of the prestigious 2015 Artist Music Guild Heritage Award for Comedian of The Year, and a nominee in multiple other categories.

His autobiography, Masterpiece In Progress, now in the fifth printing, is published and distributed worldwide by GlovePRINTS Press and is available on Kindle, iBooks and (link hidden).

Your audience will laugh, cry and feel like “…A Masterpiece In Progress.”

Technical requirements (lighting, staging, and sound) discussed and included in the Contract/Agreement. 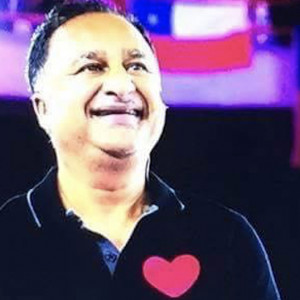 GET Inspired with Anil Gupta

Cloud F. said “Anil provided grounded insight and inspiration in a virtualized setting to my team of quantitative software engineers and data scientists in the Financial…”