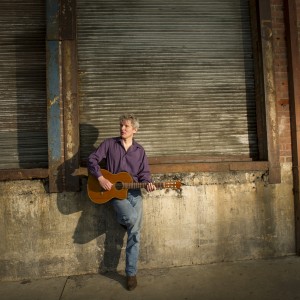 Solo jazz and Latin guitar and duos with bass, even trios with percussion, for public venues and private events. Many years of experience playing gigs and private functions around the DC area. Soft yet lively, adds aural grace to your event.

Highly recommend Alex as a performer and a professional. He assembled a trio to provide background music at a fundraiser held at an ambassador's residence in DC. Working with him was seamless. He communicated quickly and clearly, and he accommodated last minute changes to our request. The music was just right in terms of volume and selection. It really set the tone for the evening!

Look forward to working with him again!

Response from jazz and Latin guitar, solos and duos:

Thanks so much for all your help in making it happen, Lindsey! We were honored to play for your fundraiser. The attendees seemed to enjoy the music and we certainly loved sharing it with them.

Response from jazz and Latin guitar, solos and duos:

It was an honor to play for Harry's 70th birthday and learn about the inspiring life and network of friends and family he has created. First and foremost of these is his wife, Merrily. Their lives seem to be inspired by a mission to make the world a better place for all of us. I hope my boleros and other Latin-flavored guitar evoked some of his Ecuadorian childhood. Thanks, Harry and Merrily! Continued blessings to both of you.

Born in Brittany, the Celtic province of France, raised mostly in rural North Carolina, and a traveler through Spain and Latin America now living in Washington, DC, Alex seeks to create music that expresses his unique confluence of world cultures, what he calls "New World jazz." A graduate of the Creative Writing Program at the University of Texas at Austin, he makes music that tells stories of the exotic and the familiar--all of us being "exotic" to someone else in the rich tapestry of human culture. In 2007, he released Nostalgia for Terra Incognita with vocalist Lena Seikaly, bassist Leonardo Lucini, and drummer Alejandro Lucini. In January 2010, he returned to North Carolina to record a trio CD, Second Life, with Charlotte bassist Ron Brendle and Wilmington drummer Thomas Garner. Made possible in part by a grant from the Prince George's Arts Council, the CD includes 10 compositions by Alex as well as Wayne Shorter's "Ana Maria" and a jazz setting of the Breton traditional melody "Silvestrig," originally made famous by the harper Alan Stivell.