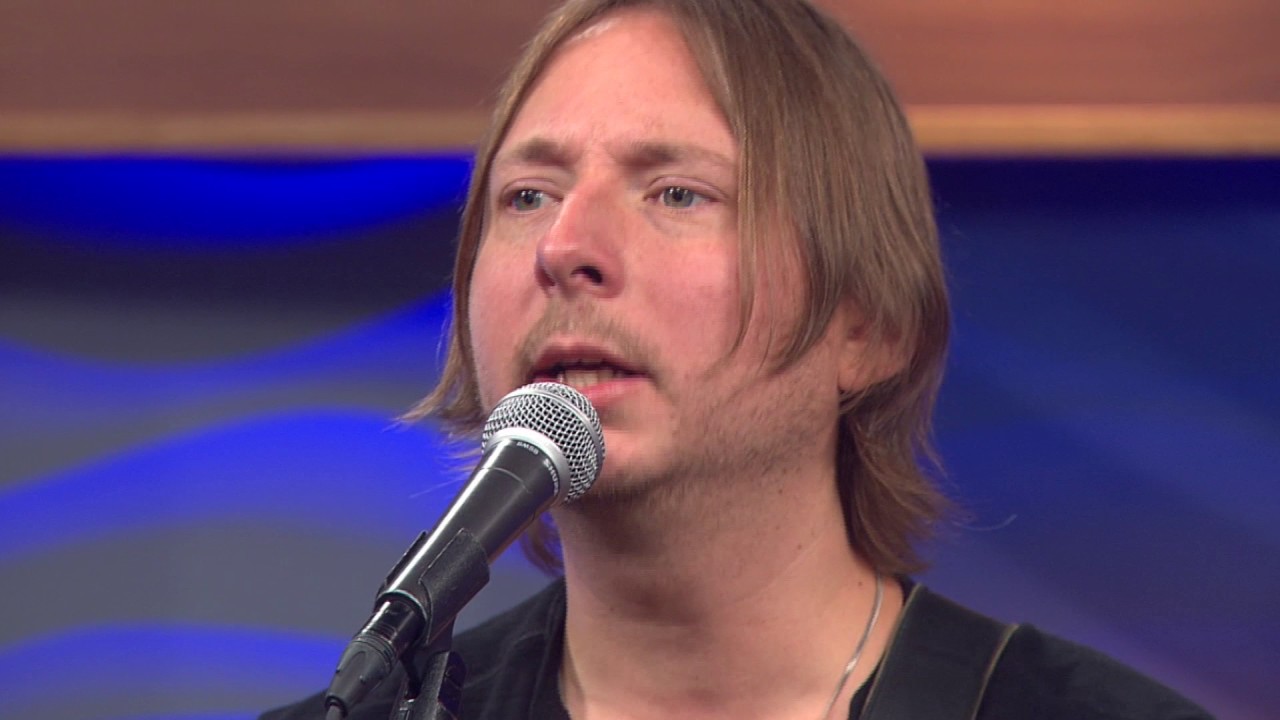 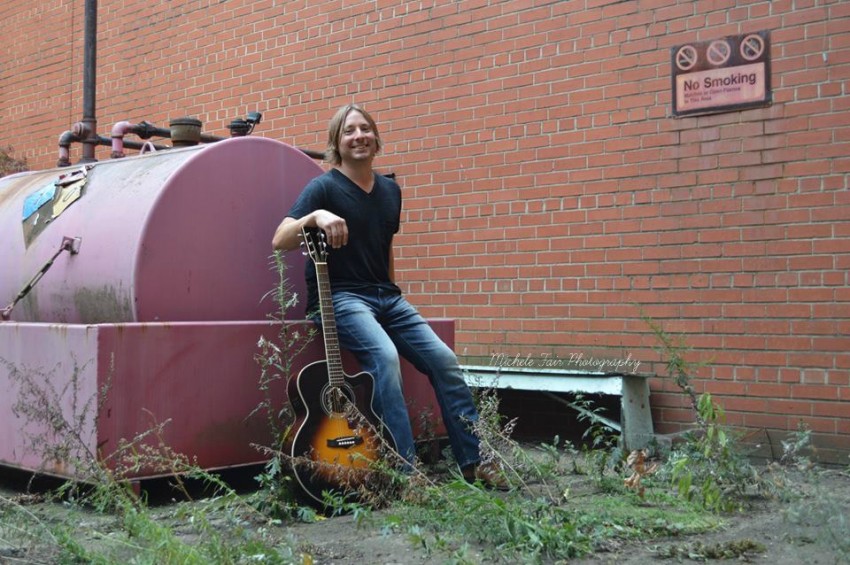 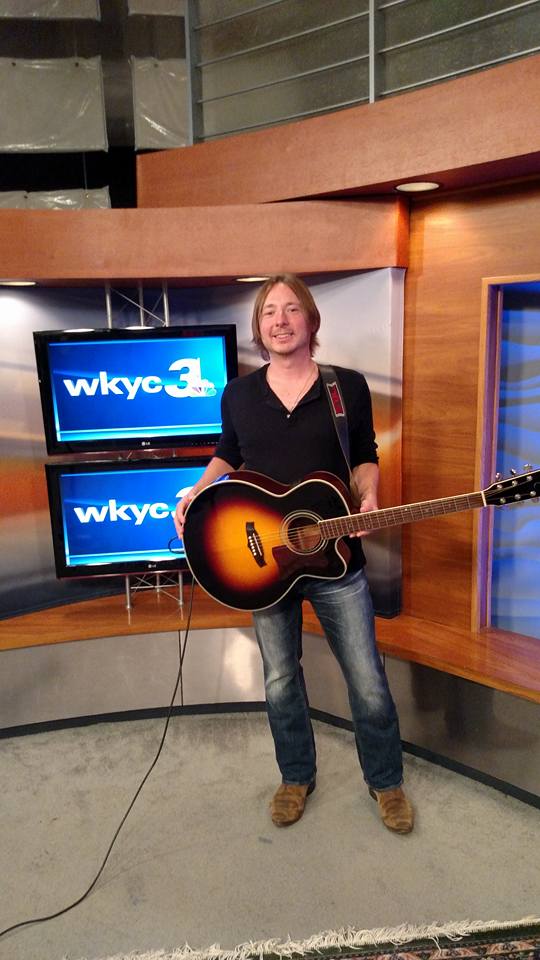 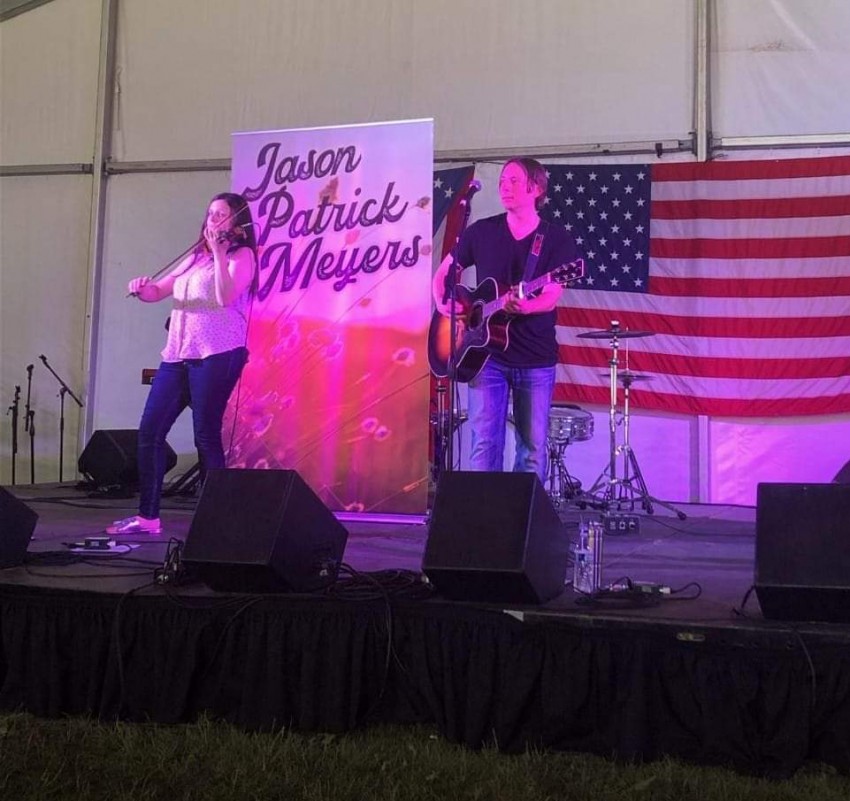 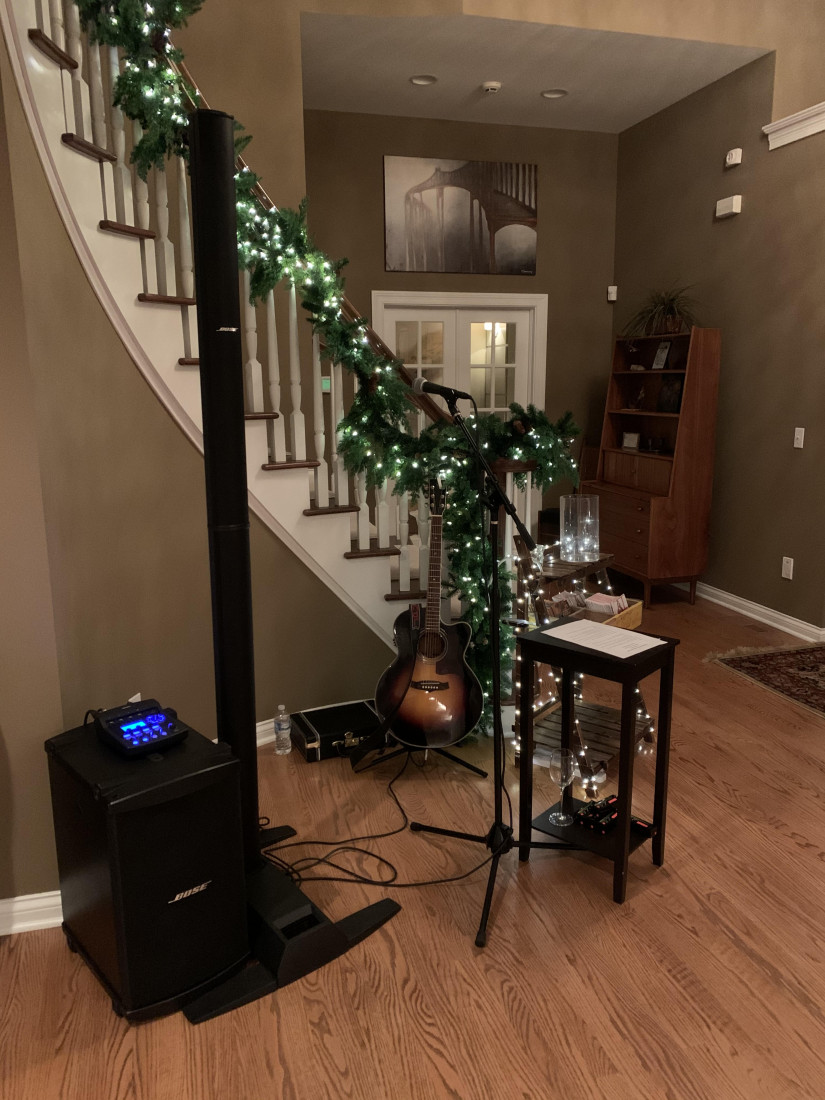 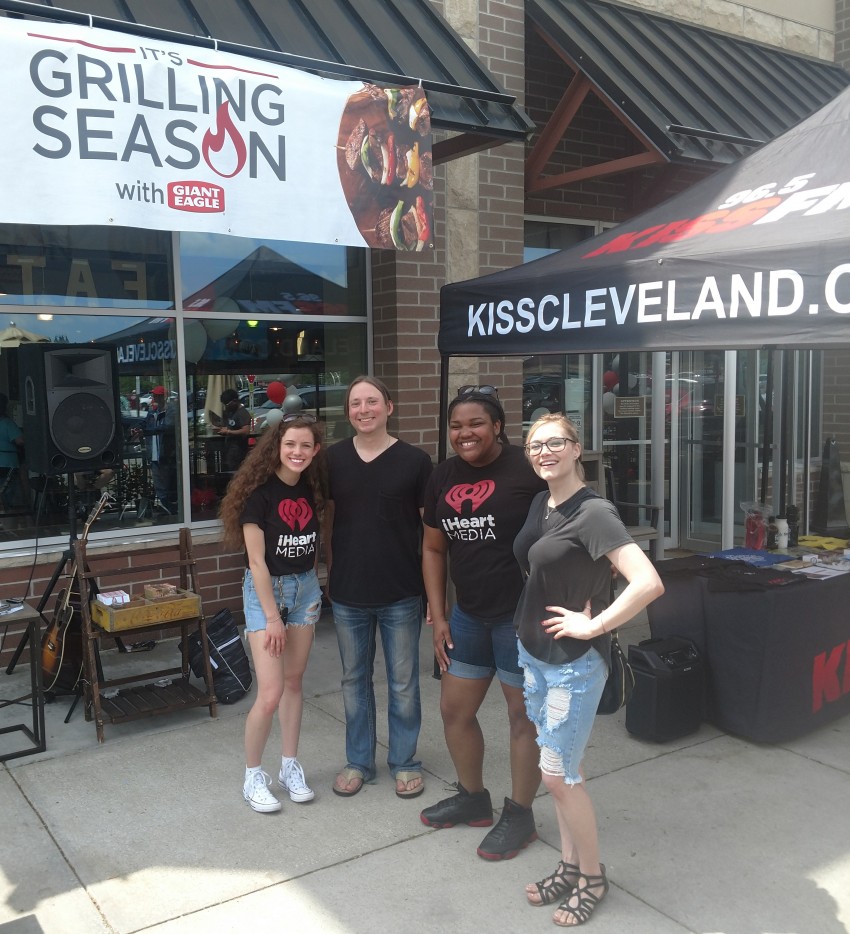 In between sets at the Market District grocery store with the 96.5 Kiss FM staff 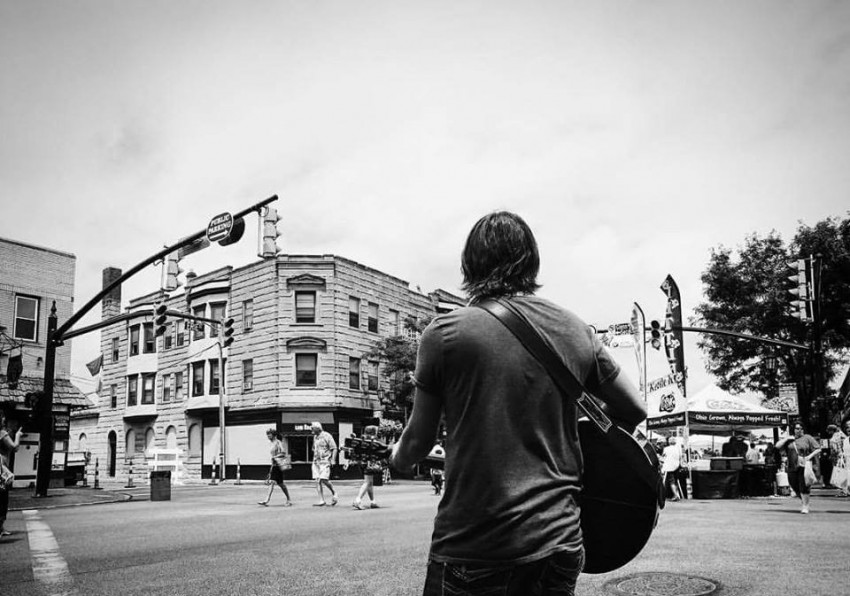 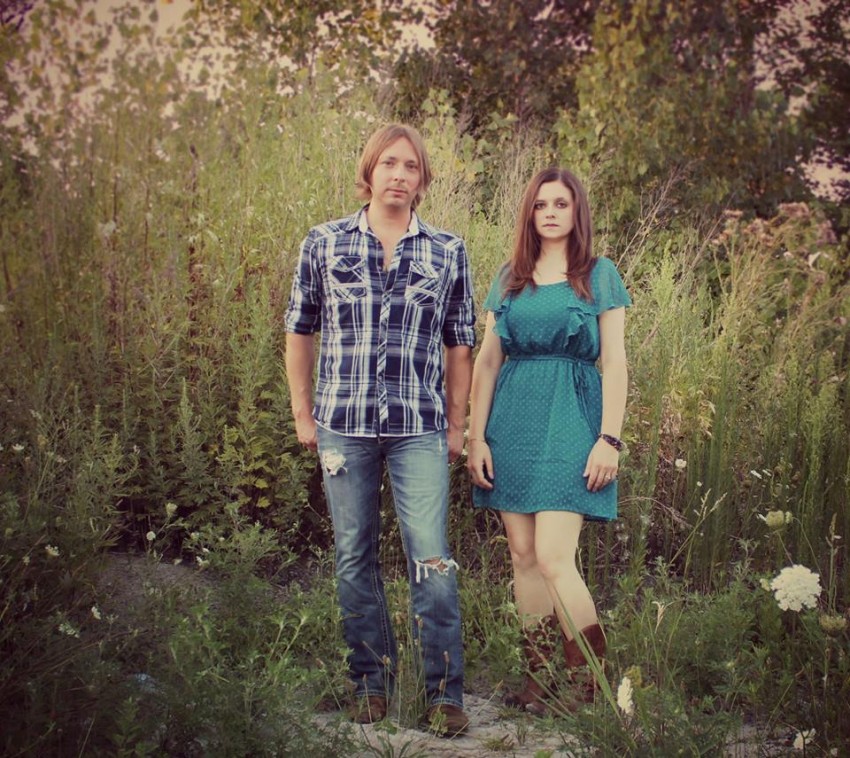 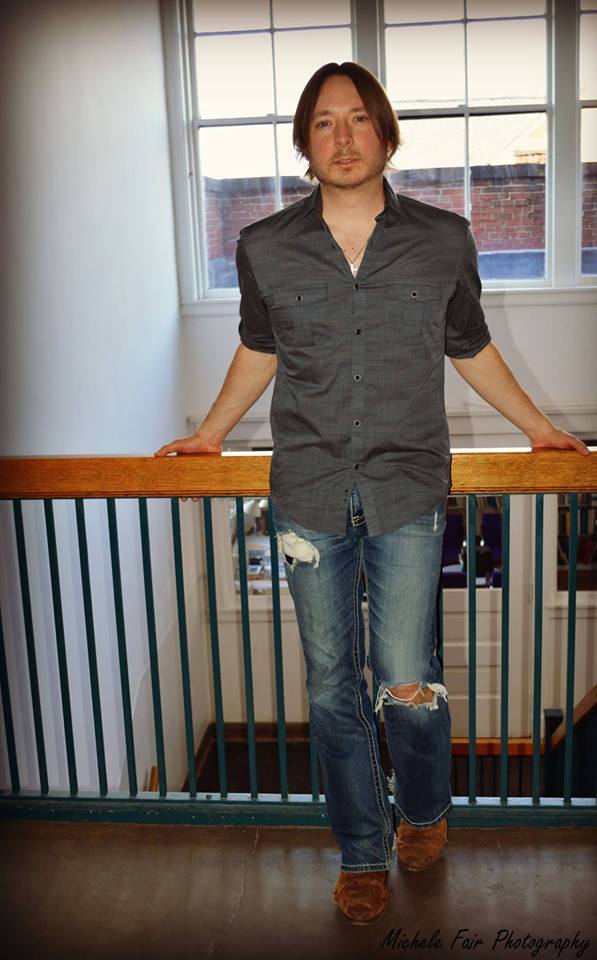 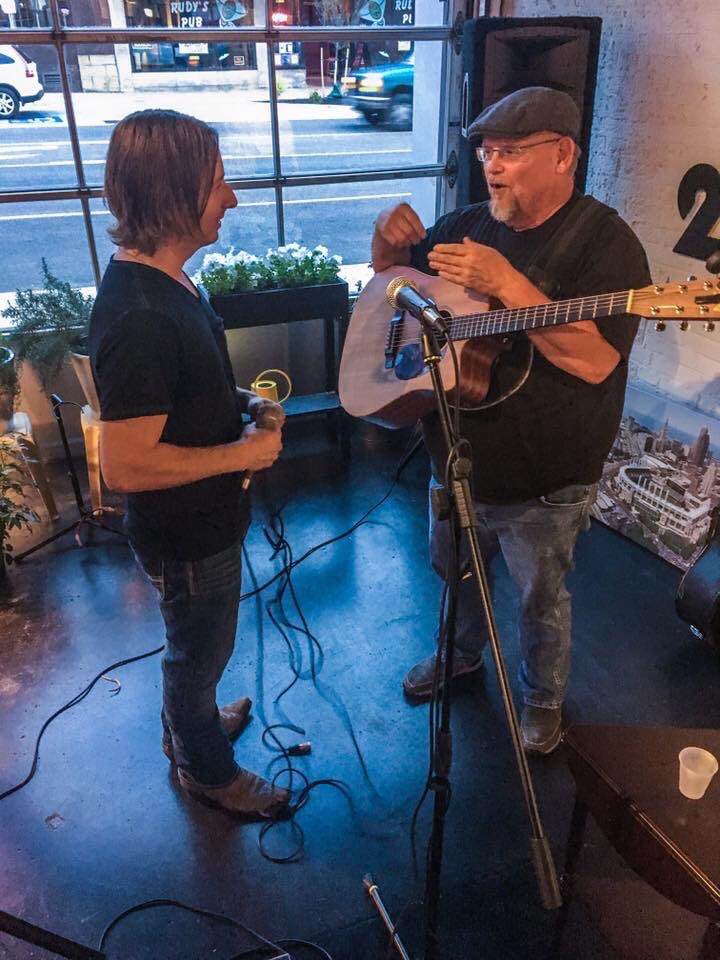 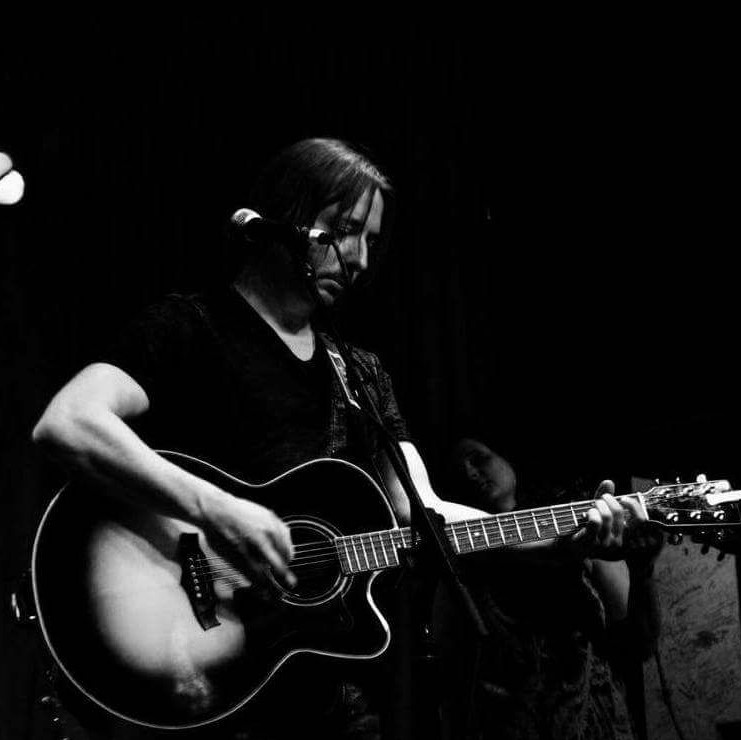 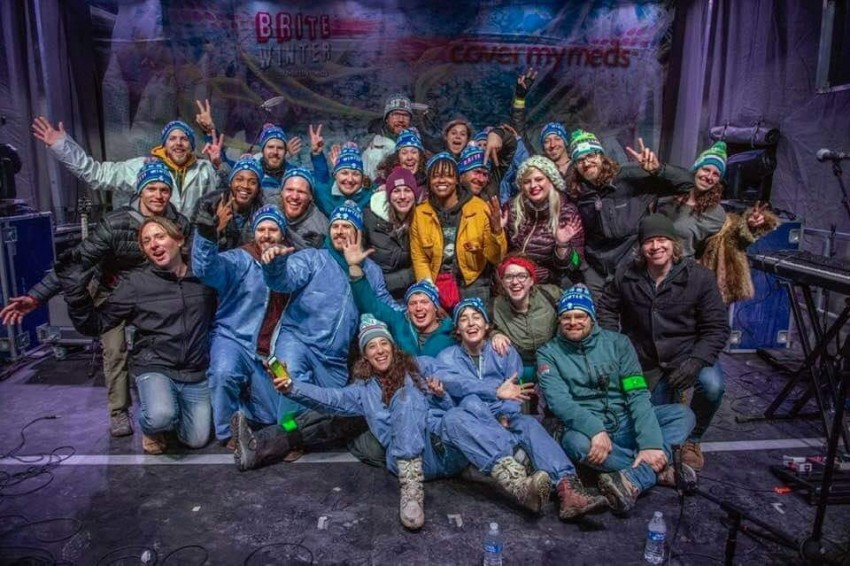 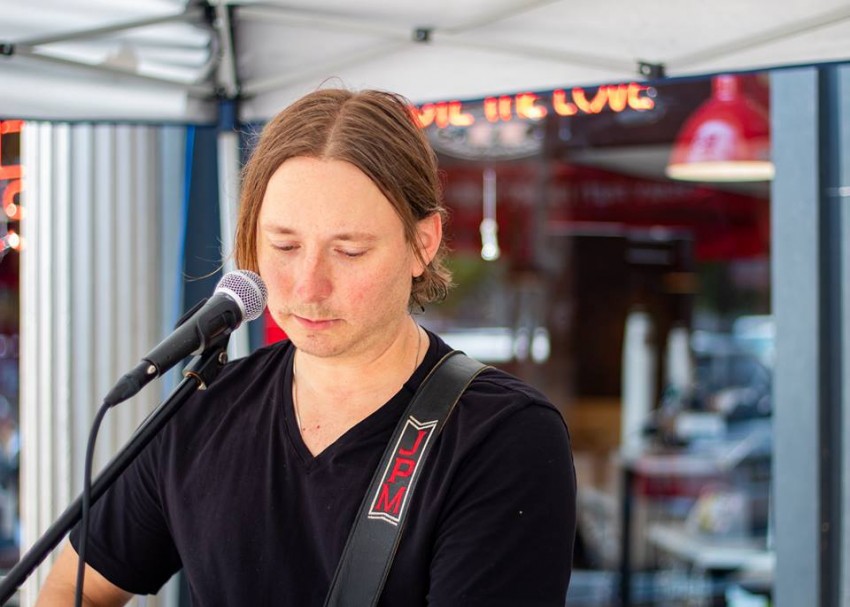 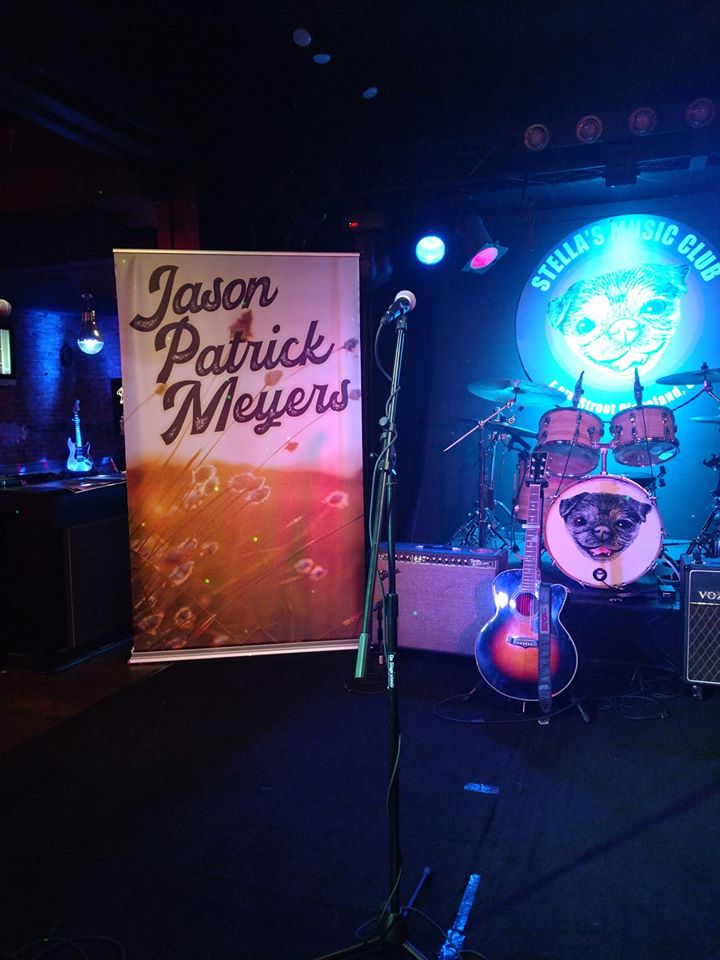 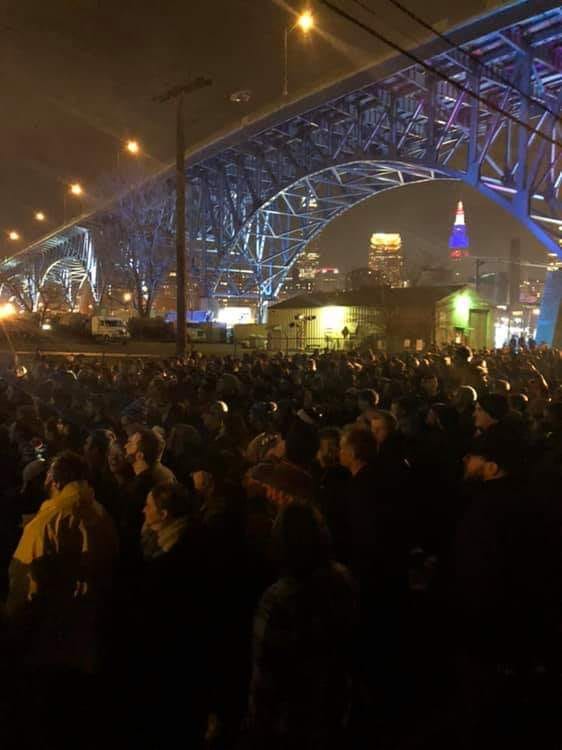 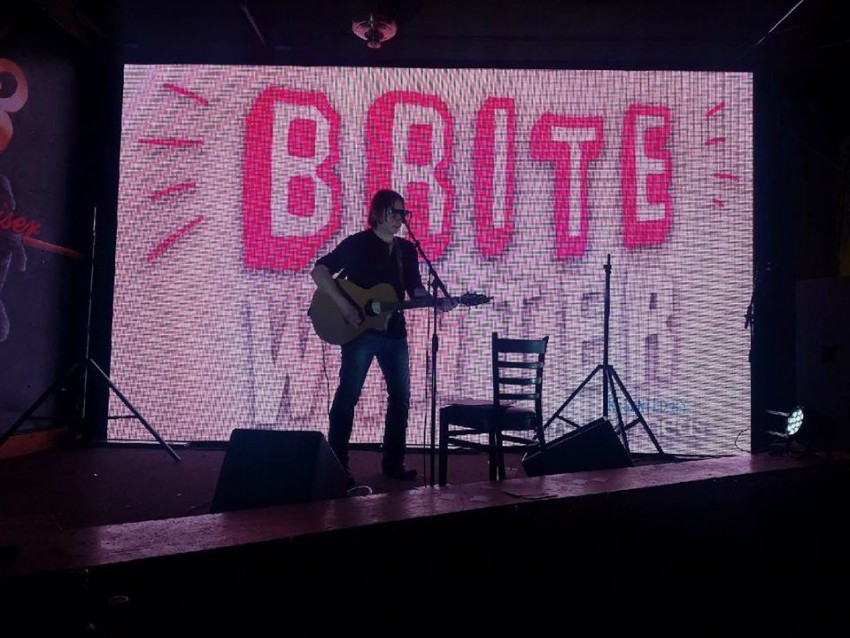 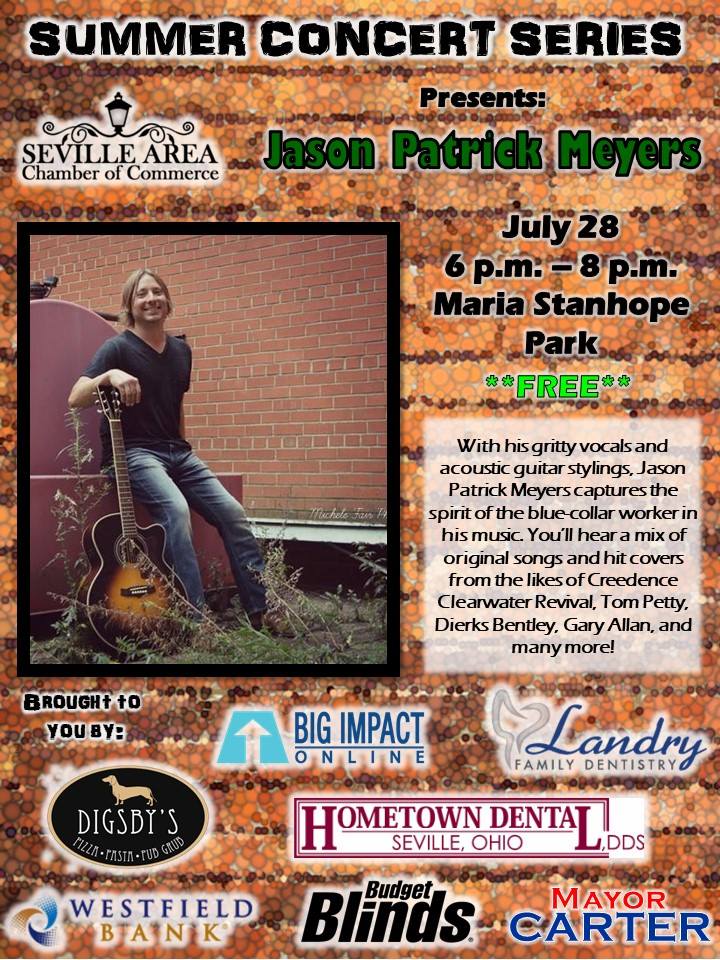 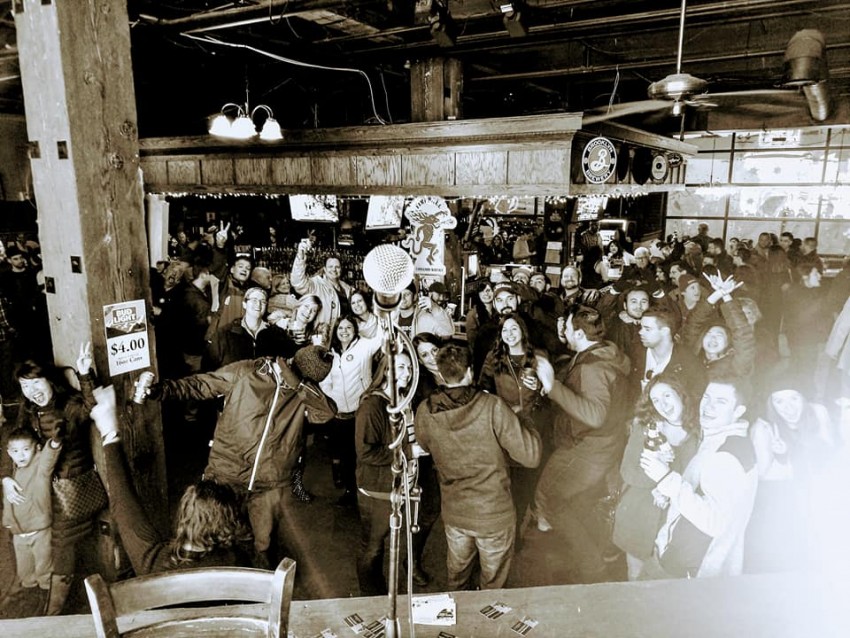 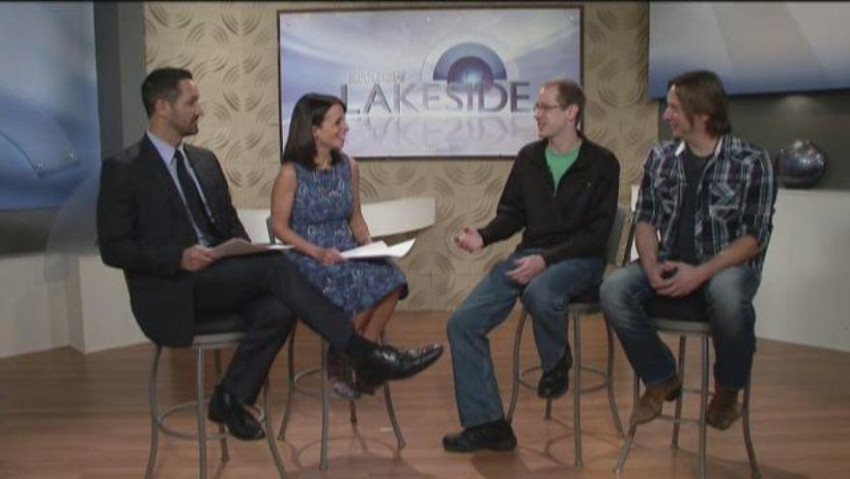 Television segment with the folks at the Cleveland NBC affiliate

Jason provides a relaxed solo acoustic sound with soulful vocals. A 24 year veteran of the Ohio music scene, Jason understands the importance of showing up on time and meeting the needs of his listeners. He has performed for dignitaries, such as the United States Ambassador to Ireland and his list of venues played include the Rock and Roll Hall of Fame and House of Blues. Available for original shows, corporate events, house concerts, weddings, as well as private parties. Cover material ranges from classic country like Johnny Cash and Travis Tritt to modern country like Gary Allan and Keith Urban to classic rock from Creedence Clearwater Revival, John Mellencamp and Tom Petty to Motown.

I did not hire Jason. I reached out to musicians that we’re familiar with playing the harmonica. I reached out to Jason explaining that my father’s 67th birthday was coming out and he can’t leave the home due to his health. Jason willingly and selflessly spent over an hour of his time playing the harmonica with my dad. Jason humbly wouldn’t take any compensation for his time. Instead, he had started meeting with my dad weekly over FaceTime to play, learn songs, and bring joy to his life. I am forever grateful to Jason Meyers.

Mark, I am so glad that we met! Your dad is such a pleasure to speak to and jam with. He has so much enthusiasm for learning the harp and I look so forward to each weekly Facetime get together. What an amazing son you are for being so thoughtful and reaching out to musicians for his birthday. I'm so happy that you chose me, as this has been a true blessing and the definition of why I play music.

We had a large outdoor BBQ and 40th birthday party and we wanted live music instead of a DJ. Jason Patrick Meyers fit the bill. He had the sound, playlist and passion for the kind of music most of the crowd enjoys. Throughout the "business dealings", Jason had excellent communication and responded in a timely manner.
Jason's playlist and performance were totally enjoyable and I will use him again.
Everyone complimented the choice of musician and we were all impressed with Jason's talent.

Jane, I had such a great time performing for your wonderful family! It was a beautiful celebration and I felt honored that you asked me to perform at such a special event. Thanks again!

We booked Jason for a few weeks at our local Farmers Market. He was responsive to requests, he showed up in advance of the event, set up an attractive display and had an excellent sound system. Not only does he have a positive personality, but he also had a strong performance. He covered a lot of genres that were perfect for the event and got folks talking, dancing and clapping along. I can't wait to book him for our 2020 season!

Thank you so much Kristina! I had such a great time performing at the Farmers Market. Looking forward to next year!

INCREDIBLE WAY TO ADD TO ANY EVENT!

Jason offered up an outstanding night of music for family and friends during a social distancing event on my deck for attendees seated in my backyard. He delivered in all areas, great music - great rapport with those attending and Jason made the entire planning process easy. Jason and I worked together to develop the setlist for the evening., the timing and the event date. Everyone attending had a great time and no one wanted to see the evening end. We have since reached out for a future event and friends likely will tap into what he offers as well. If you a looking a musician and a person that connects well with everyone, Jason is the perfect fit. I give him the highest recommendation, you cannot go wrong with Jaxon for your next event.

I contacted Jason to do an intimate performance for my sister’s bachelorette party. He was perfect! He made sure to include specific songs that I asked for; he was punctual, professional, and sang and played beautifully. We danced and sang along and had a fantastic time! He was funny and personable, not to mention super talented! Whether it be a large or small party, I believe Jason would be a true asset to any event!

Susan, it was so great to spend time with all of you on Saturday! You were so easy to work with and extremely respectful of social distancing. It made me so happy to see you and your sister dancing to several of the songs as well as getting that pinata to finally crack open after many entertaining tries! Thank you again and I'm already learning some more Jason Mraz songs in case you'd like to make this happen again!

Jason is a true pro

I've worked with Jason on many projects. I've hired him as a performer and also he's produced shows for me running sound, hosting and booking other performers. Jason will go above and beyond in every phase of the gig.

Thank you Craig! It’s always a pleasure working with you and I had such a great time performing at the Blossom Time Festival last weekend!

One of the most giving musicians in Cleveland

Jason Meyers is a wonderful performer, singer, guitarist and solo act. But the thing that blows me away is his love and support for other local musicians. Anytime we have had any needs musically Jason has either filled them with his wonderful music or referred us to someone that could. He never fails to deliver a top notch performance. and he knows some christmas songs too. Jason is GREAT highly recommend him

Wow, thank you so much for these incredibly kind words! I’m always happy to help you whenever needed and I absolutely love performing at Panini’s! The staff is so friendly and I can’t wait to perform on your patio this Summer!

Jason played on Saturday evening as a part of our first ever summer concert series. I am the VP of the Seville Chamber and I wasn't sure what to expect out of all of this. I quickly learned that Jason was great to work with - he's professional, organized, polite, affordable - and flexible! We weren't sure what to expect in terms of a crowd and he read the crowd beautifully and sang songs that they loved. People are still talking about how awesome he was! Thank you, Jason, for a job well done!

We would not hesitate to book Jason again!

I had such a great time playing on the gazebo in town! You were an absolute pleasure to work with and I'm so glad everyone enjoyed themselves as much as I did!

Expect to hear a wide variety of music that ranges from classic to modern country and rock, and many of the sounds of today with an acoustic guitar, vocals, and harmonica.

A 23 year veteran of the Cleveland music scene, Jason Patrick Meyers spends his days as Program Coordinator in the Music Therapy Department at University Hospitals and his nights performing at venues across the region. Jason provides a relaxed acoustic sound with soulful vocals and has shared the stage with such acts as Leon Russell, Bret Michaels, Welshly Arms, Will Hoge, Cross Canadian Ragweed, The Gaslight Anthem, Saving Jane, Marcy Playground, Seven Mary Three, and many others.
Jason has performed for dignitaries, such as the United States Ambassador to Ireland. He has performed at the Rock and Roll Hall of Fame, The House of Blues and the Huntington Cleveland Convention Center. Jason understands the importance of showing up on time and meeting the needs of his listeners. Available for original shows, corporate events, house concerts, weddings as well as private parties. Cover material ranges from classic country like Johnny Cash and Travis Tritt to modern country like Gary Allan and Keith Urban, and classic rock like Creedence Clearwater Revival, John Mellencamp and Tom Petty to Motown. Jason can be heard spinning the bands and musicians from Northeast Ohio every Monday and Saturday night as host of NEORocks on WJCU 88.7 FM.

I provide sound as necessary for the size of the room or venue.

I supply the sound system and all sound needs