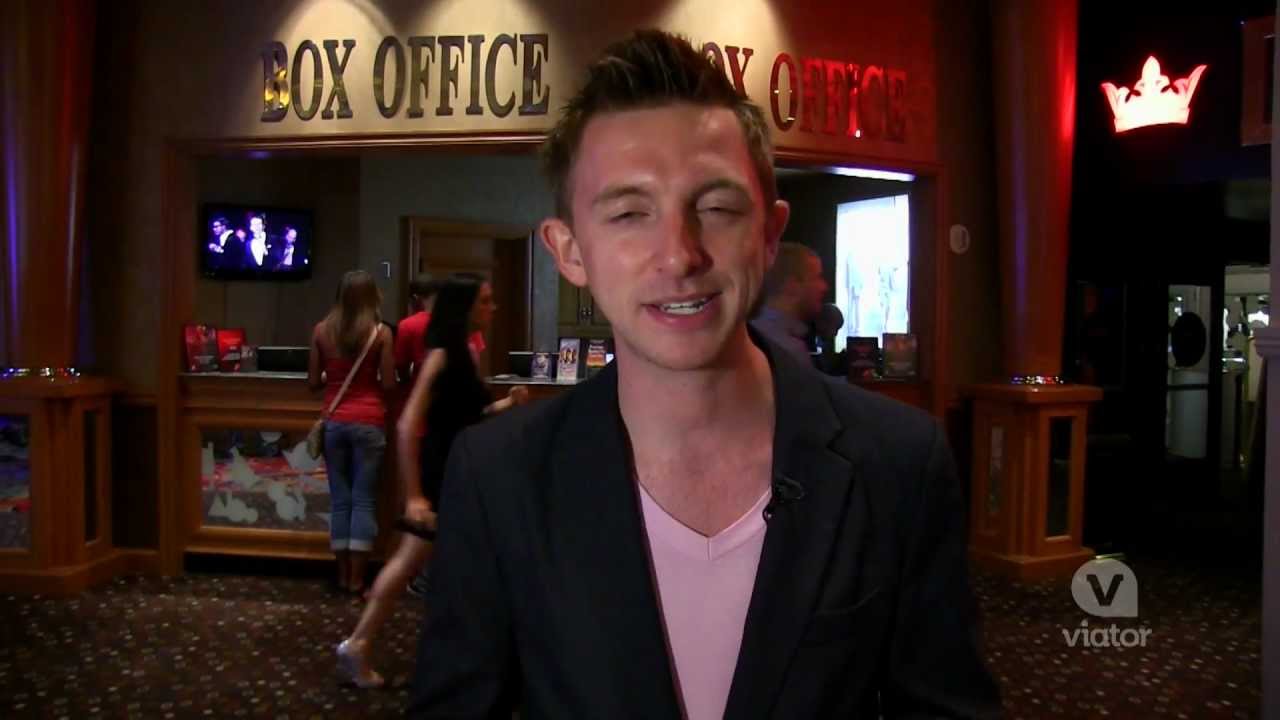 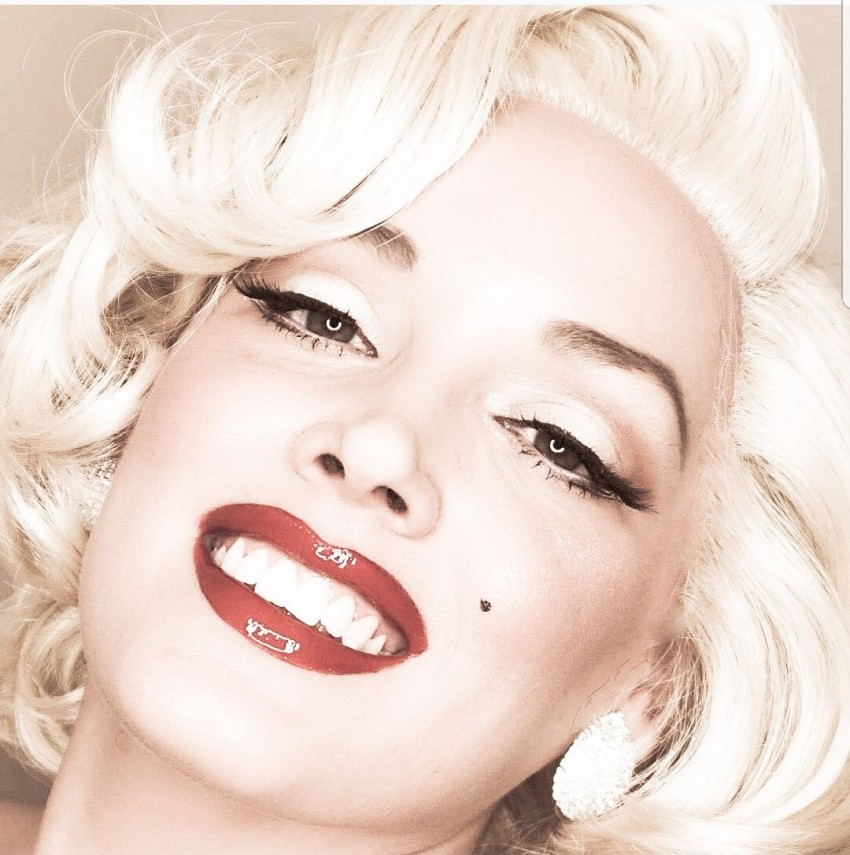 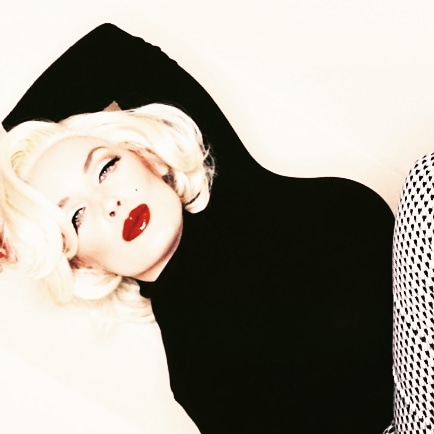 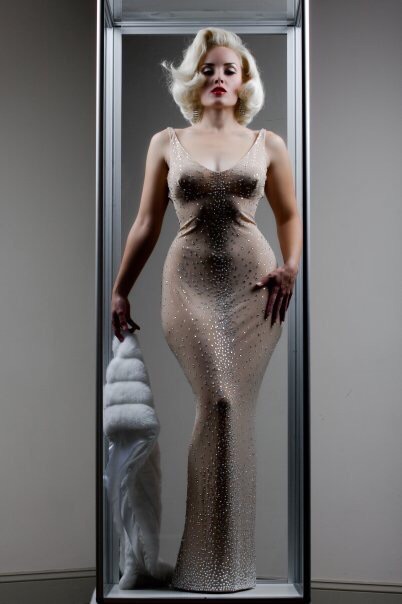 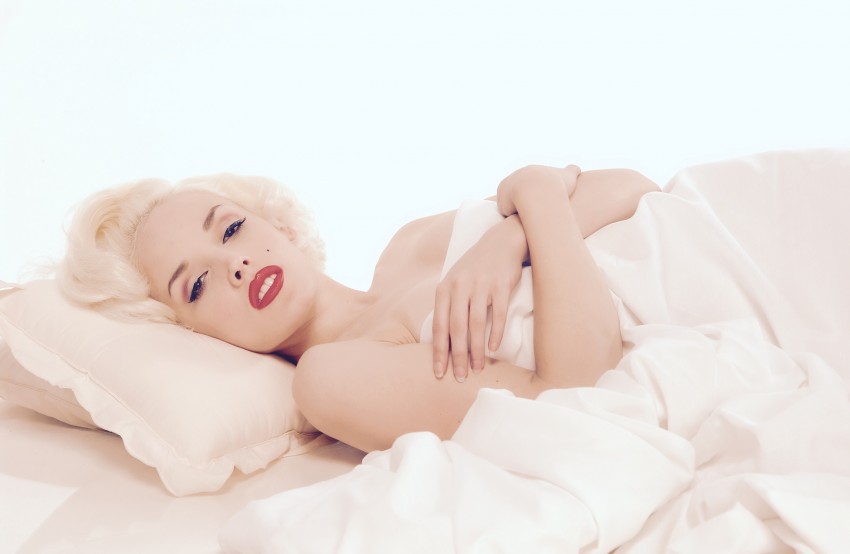 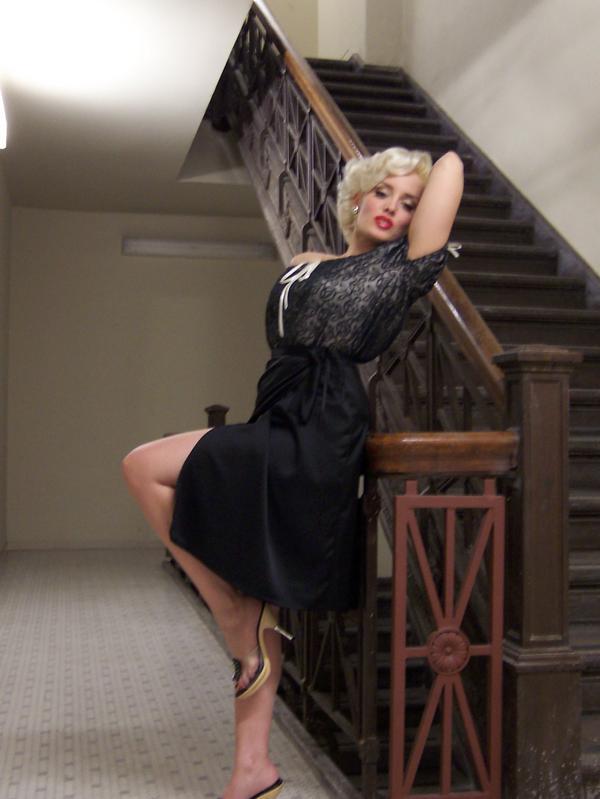 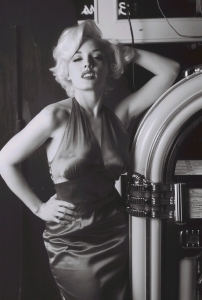 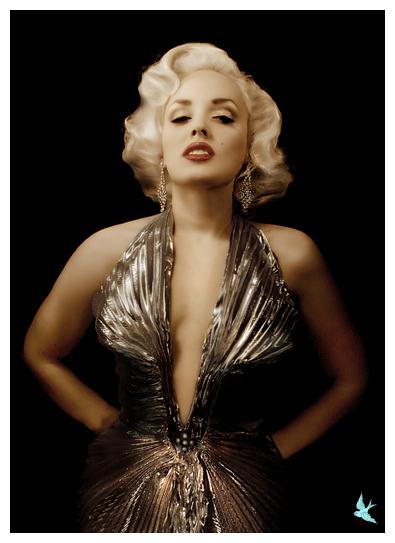 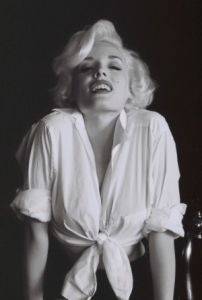 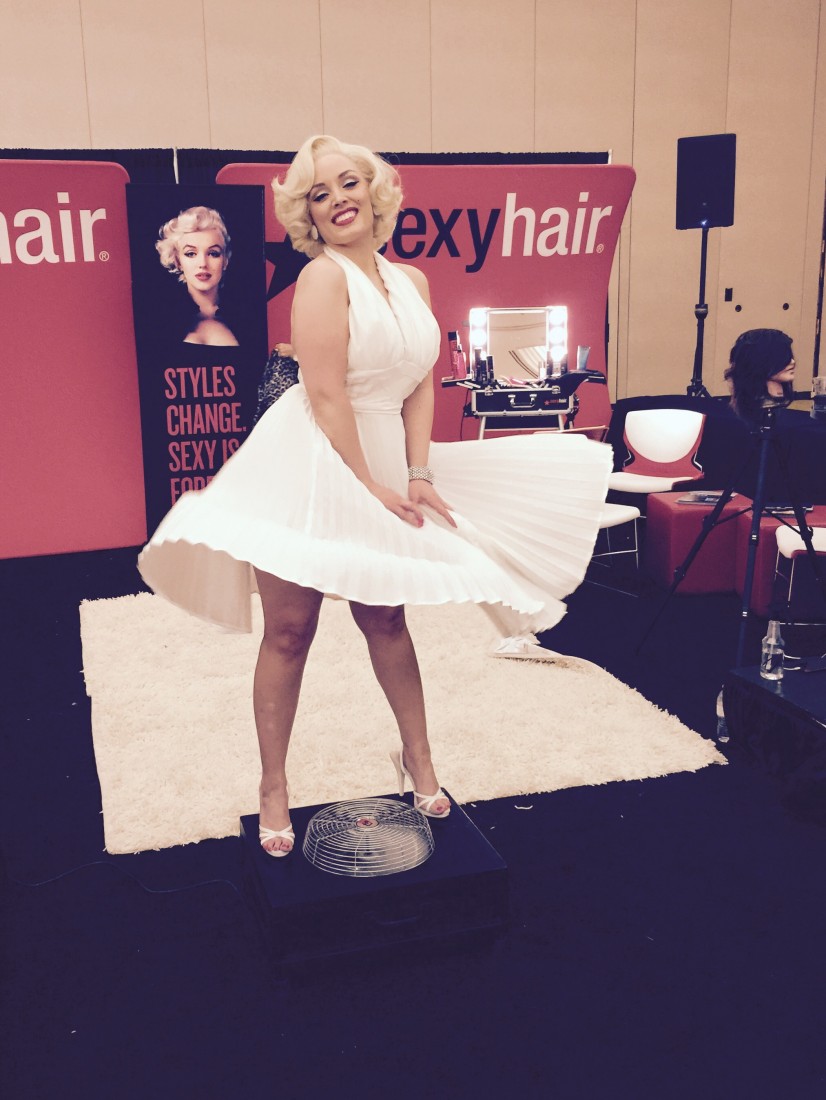 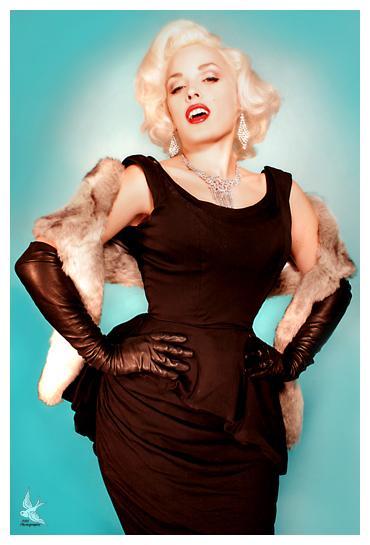 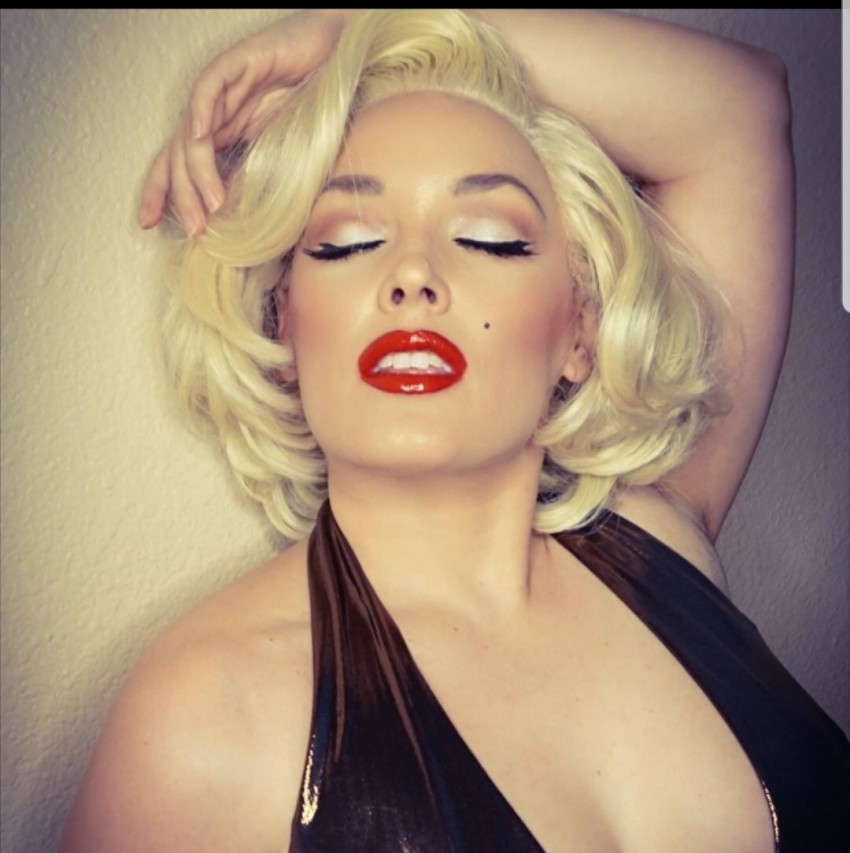 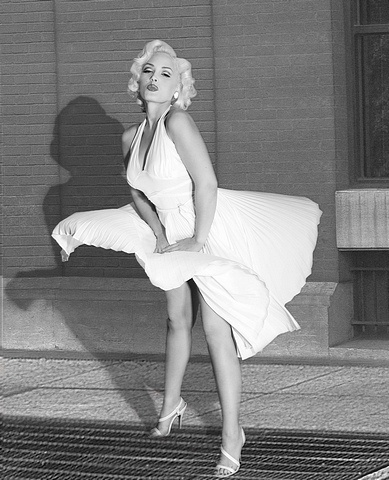 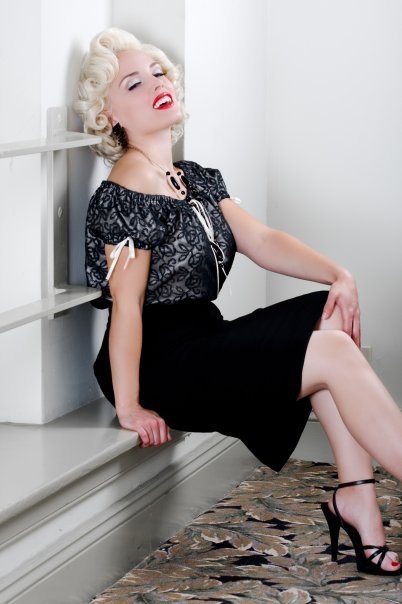 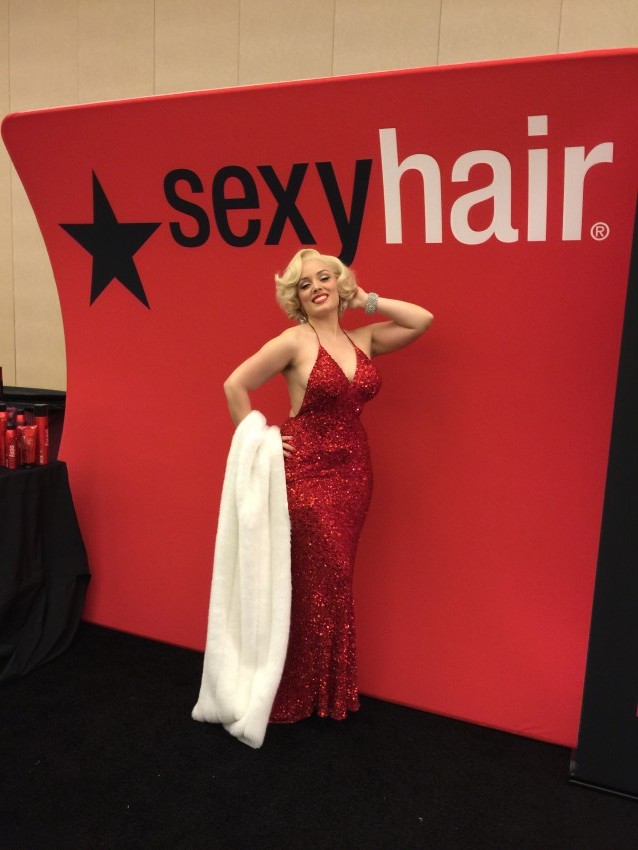 Jami is an award winning Marilyn Monroe Impersonator/Lookalike/Soundalike, with Marilyn's exact famous measurements! She is available for many types of events including corporate events, Vegas themed parties, trade shows, birthday parties, special events, and live stage productions. A trained singer, she will arrive to your event with backup tracks, an array of custom replica costumes, and that iconic sweet and inviting movie star smile!! Her performance will include mingling with the audience, meet and greet, taking photos with guests, and classy humor appropriate for all ages. Book Jami for an unforgettable event!

Jami arrived early and stayed late.. she was fantastic

Jami arrived early and stayed late. She was fantastic and everyone (150+) was able to visit with her and have as many pictures taken as they wanted.. since the event I have had numerous attendees talk about how great it was.

Jamie was the so sweet, engaging and professional. She is the absolute best party mingler. All our gust were impressed. She is by far the best Marilyn out there! Thank you Jamie for making our event such a hit!

Jami as Marilyn is fantstic!

Jami has worked for my agency many times and is fantastic! She shows up on time, unlike another 'Marilyn' on this site we have had a horrible experience with, she actually looks like Marilyn Monroe and my clients love her! She is the real deal! Thank you for making my clients happy, Jami! Lisa L Lyttle, Owner, Vintage Vegas Entertainment.

She did not disappoint, Best part of our event!

Jami was Fantastic! We had her attend a social event during a trade show and she was the hit of the night. Very pleasant, cute, & Marilyn. We had approximately 200 people at the event, she dazzled them all. I can't wait for our next show, Jami will be the first we call.

Jami is an award winning Marilyn Monroe Impersonator/Lookalike/Soundalike, with Marilyn's exact famous measurements! She has amazed audiences worldwide with her spot on impersonation of everyone's favorite Hollywood icon! She has been featured on television commercials, appeared in national publications, and have performed for well known corporations such as Ripley's Believe It Or Not, MediCare, Bank One, United Way, and many more! In a 2005 Las Vegas competition, she won first place out of 30 other impersonators for Top Lookalike. She has also represented the largest touring Marilyn Monroe Exhibit in the world. To promote the event, Jami was featured in the Dallas Morning News on the front page, and the attention brought in over 150,000 people to the exhibit! In 2009, she joined the cast of the smash hit Las Vegas stage show "The Rat Pack is Back" at the Rio Hotel and Casino. She is to proud to say that she has performed for every major Las Vegas Casino!

A lifelong Marilyn fan herself, Jami lovingly and respectfully pays tribute to her idol. She comes fully prepared to any event with an array of custom made replica costumes, backup music, the breathy voice, and all live vocals. Each performance is delivered with grace, humor, and class. Never crass or vulgar, this is the type of light hearted and positive entertainment that will please everyone from age 5-105.

Wow your guests by hiring Jami for your next birthday party, won't they love it when 'happy birthday mr. president' is sung to them! Also,jazz up your next corporate party, trade show, by having one of most recognized celebrities of all time mingle and make your event one that you will never forget!

Jami was prompt, very accomadating, had excellent suggestions to make the event the best it could be. I would highly recommend her.

Jami was so wonderful from begining to end! She returned my emails promptly. She was very friendly, sweet, easy going, flexible and professional. We had some hic-ups in our plans, but she just put on her smile and did what she had to do to make us happy. She sincerly wanted my husband to have a great time and she wanted me to get all that I was hoping for out of her performance. I would recommend Jami to any one any time! She also had a GREAT Marilyn "look"!! Just awesome!!