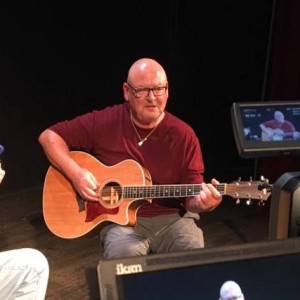 Seasoned professional singer/guitarist/keyboardist, providing a full range of cover music from the 50's to current. Offering quality vocals and music for both listening and dancing. I can be atmosphere music, or MC, entertainer, with professional stage presence, and audience participation. Classic Rock, Blues, Country, Modern Country, and Mowtown. Promo and references available upon request.

Be the first to review James Robert Davis

Began professional career at 15 years old, playing high school parties, and proms. Toured, as a drummer, with the Safari's guitarist, Kelly Lammers, in Europe. Moved to Los Angeles, Ca in 1971 and recorded with several producers, and backed up Little Richard, among others.
Formed One Track Mind, out of Delaware, Ohio in 1977, performed with Pure Praire League. Joined "Romeo", a Columbus based cover band in 1980. Played in several central Ohio bands until going solo in 2011. Has written and produced three CD projects, the latest available on CDBaby/JamesRobertDavis/Ain't Life Funny. Currently performing at Benny's Pizza, Boston's, Scioto Reserve Golf Club, Powell Village Winery, and The Club at Corazon, Dublin, Ohio

Andi G. said “Kevin proved background music for a company holiday cocktail party. The music was perfect! It enhanced the evening and was lovely. His song selection…” 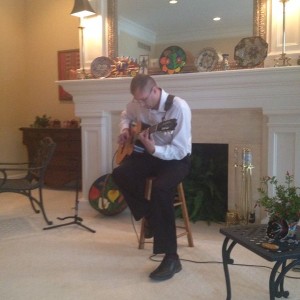 Amy. B. said “Paul was amazing!! He played for our wedding and reception! He went above and beyond what we asked him to do. I sent him a long list of songs and he played…”

William K. said “George performed during the ceremony at my daughter's wedding this past weekend in Columbus. Beautiful stylings of an eclectic mix.. Many of those in…”